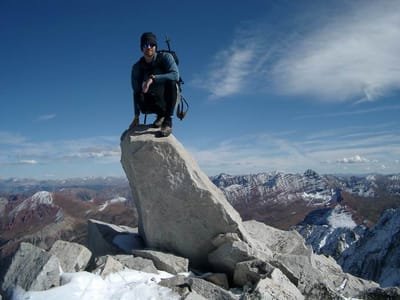 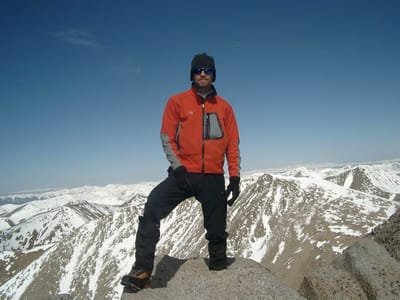 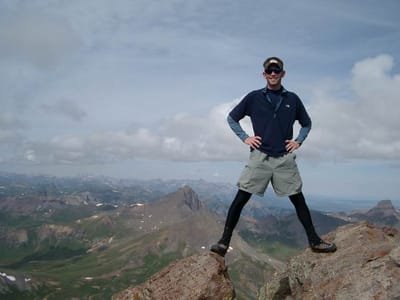 Many hikers have a goal to summit all of the peaks in Colorado over 14,000'.  It took me just over three years to hike all 59 of the Colorado 14ers with my first summit of Mount Democrat on August 6, 2003, and my final summit of Huron Peak on August 26, 2006.  I have repeated several of the peaks bringing my Colorado 14er summit total to 130.

In late 2021, new and more accurate elevation information was released that changed the elevations of a number of peaks according to Light Imaging Detection and Ranging (LIDAR). As far as I can tell, North Massive (14,335'), El Diente Peak (14,175'), Conundrum Peak (14,037'), North Eolus (14,042'), Mount Bross (14,178'), Mount Eolus (14,087'), Windom Peak (14,089'), Challenger Point (14,086'), and North Maroon Peak (14,022') were the only Colorado 14ers affected. I may eventually get to updating the elevations and order to the current data, but the only change of real significance is that Challenger Point is no longer a ranked 14er; however, North Maroon Peak has become ranked. As a result, Challenger Point falls into the category of unofficial 14ers and North Maroon Peak has become an official 14er. I have climbed both of these peaks so it does not affect my completion status, it simply moves some of the mountains around in their actual rank or order. The following is the old list of 14ers with the former map elevations.

Note: This information is stale as several 14er elevations have changed. North Maroon Peak is now ranked and Challenger Point is no longer ranked according to LIDAR.
To be ranked, a peak must rise at least 300' above the saddle that connects it to the nearest 14er if one exists nearby. This guideline has been the standard in use in Colorado for quite some time. The unofficial Colorado 14ers listed above are not ranked because they do not fit this criteria, but are listed here because they are named and recognized on USGS maps. North Massive is not recognized on a USGS map; however, I have included the peak to be all inclusive for my 14er list.