Since I haven't been out much this year, I wanted to test my climbing legs and try a moderate hike.  Although I wouldn't generally consider 10 miles and 5,000' moderate, George had plans on heading up the Angel of Shavano so I asked if I could join his party.  The alarm went off at 1:30 and I was on the road by 1:50.  With little traffic to Poncha Springs, Colorado, the drive went fast and I quickly arrived at the trailhead and found George.  George and Nate were gearing up while Jim and Josh also pulled in after a night in Buena Vista, Colorado.  We hit the trail on schedule at 5:00.

We got off to a bit of a rough start with Nate misplacing his sunglasses and Jim throwing up.  Fortunately, we quickly recovered and continued up the trail.  For the most part, snow on the trail wasn't an issue and we started to make good progress.  After some bushwhacking, we reached tree line, applied sunscreen, and cached our snowshoes which were essentially useless on the approach.  We hiked for approximately five minutes when the Angel of Shavano came into view.  We could see two individuals halfway up the Angel of Shavano who left the trailhead at 3:50.  We were at the base of the Angel after 2.5 hours of hiking where we stopped for a quick break to put on our crampons.

The snow climb was easy and uneventful.  All of us were looking forward to the glissade later in the day.  We decided on the direct route to Mount Shavano and ascended to the head of the Angel of Shavano.  At the top of the Angel, we cached our crampons and finished the hike to the summit.  The weather was cooperating and everyone was feeling fairly good so most of us continued to Tabeguache Peak.  This was actually Nate's first 14er, so he decided to forego the traverse to Tabeguache Peak and rest on Mount Shavano.

The traverse went well, although none of us spent much time on Tabeguache Peak.  I wasn't interested in extending the day any longer than necessary so I immediately turned around after a summit photo.  I pretty much bonked on the ascent back up Mount Shavano and slowed considerably.  We all regrouped above the Angel's halo where our crampons were and prepared for the glissade back down.  After a fun and fast ride down.  We hiked back to our cache at tree line, reloaded our packs, and returned to the trailhead.  I was spent from the long day.  Despite the fatigue and weariness, it was an excellent day in the mountains with a good group of people.  We made the summit of Mount Shavano in 5 hours and our total round trip time was 9.5 hours. 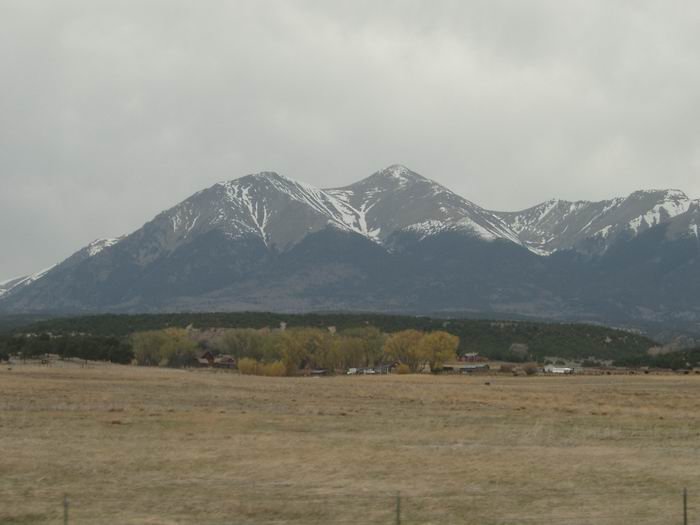 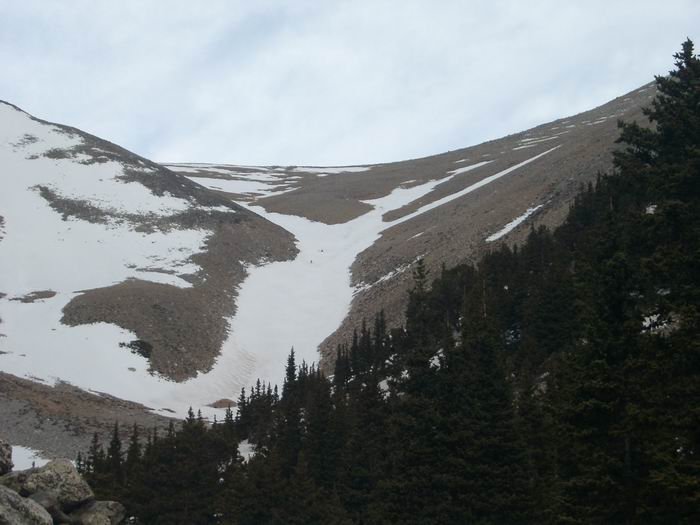 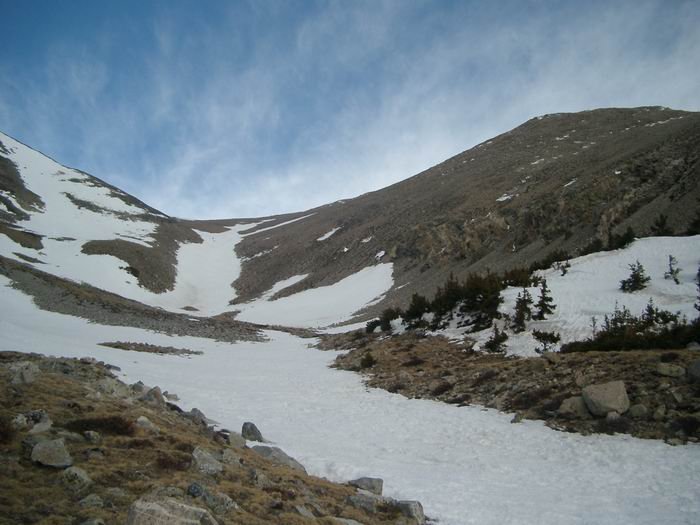 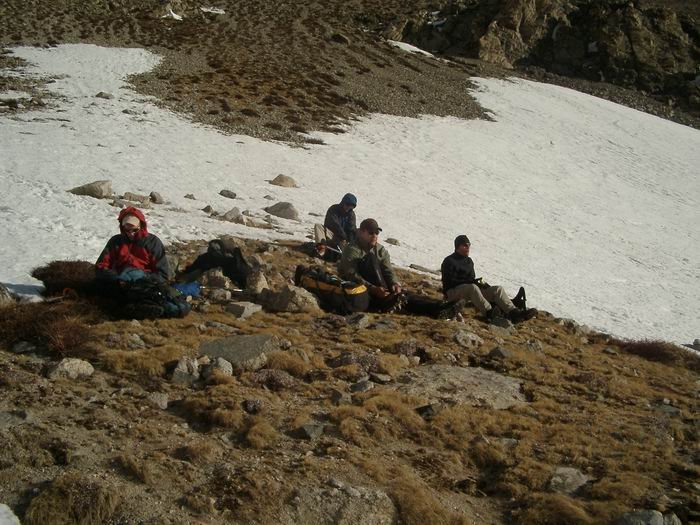 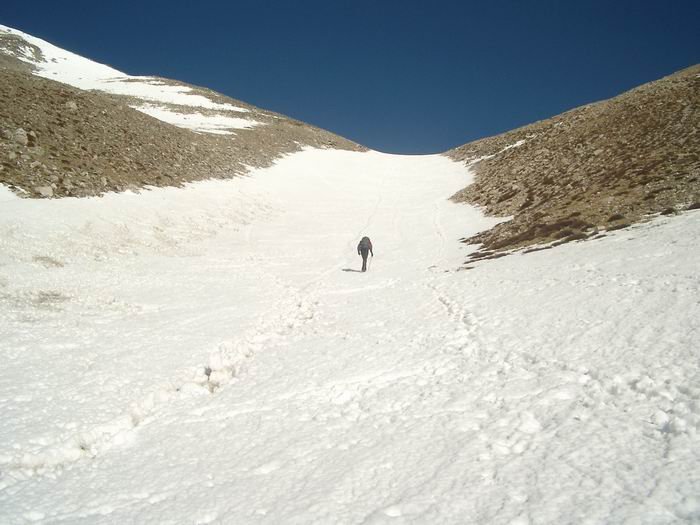 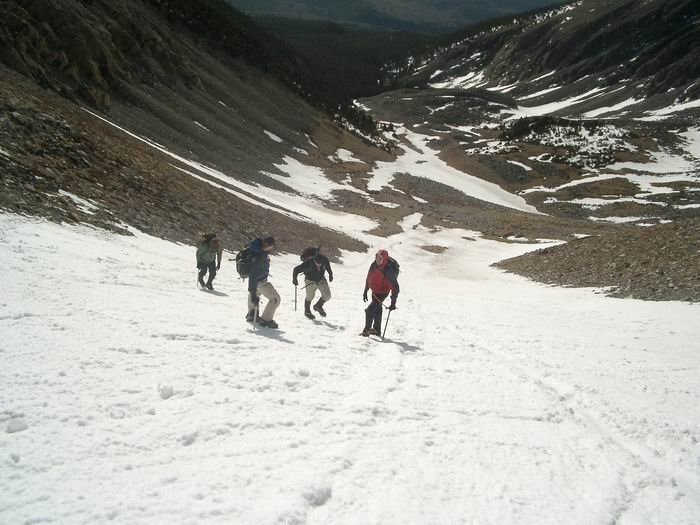 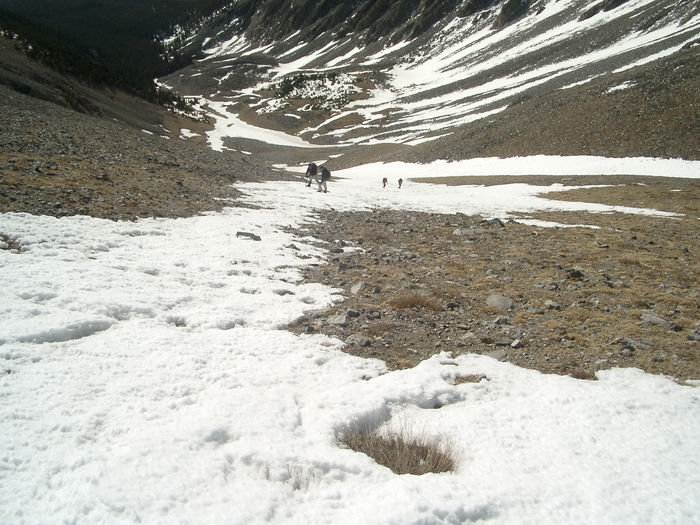 Nearing the top of the Angel of Shavano. 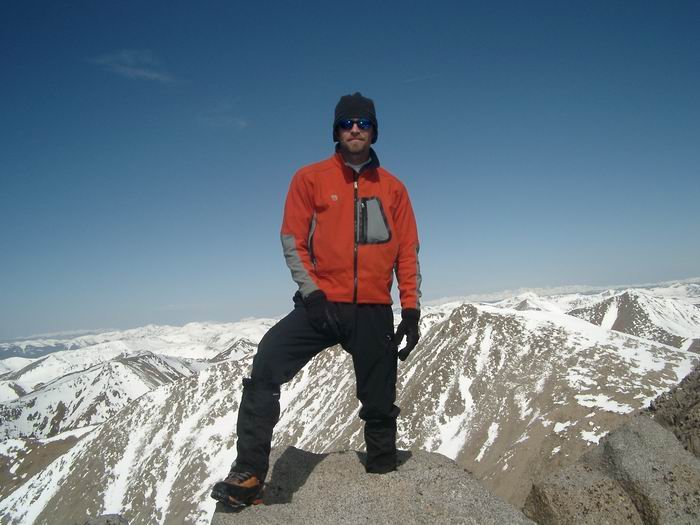 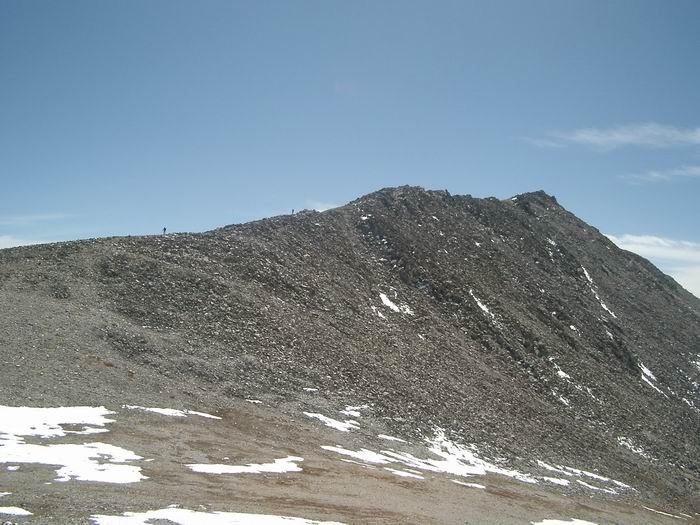 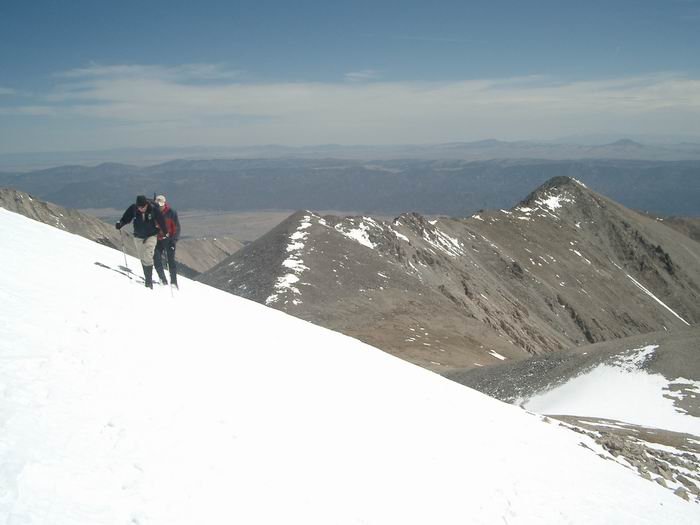 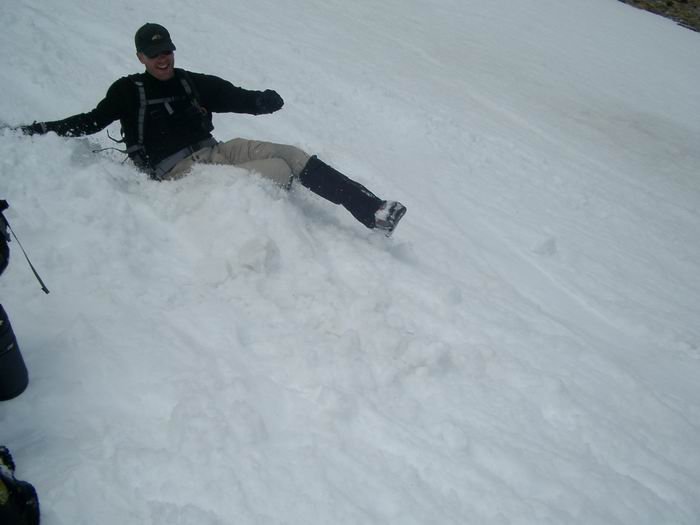 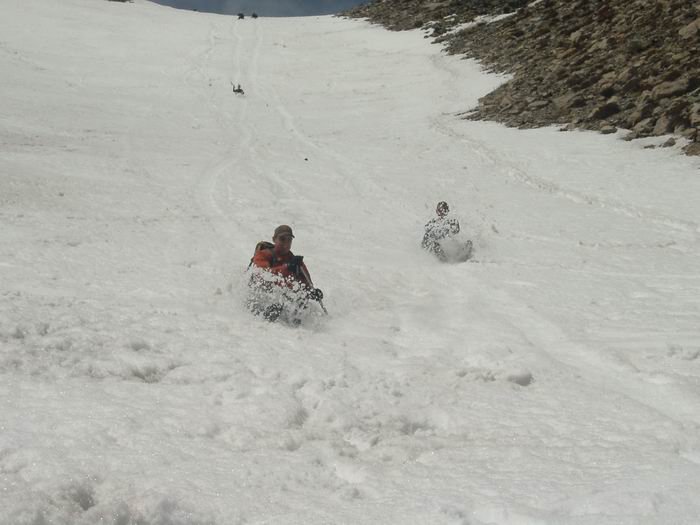