Brian and Kevin invited me along for a trip down to the Sangre de Cristo Mountains on Labor Day weekend.  It had been five years since I had been to the Crestones, and our objective on this trip was the Ellingwood Arete.  We left Highlands Ranch, Colorado, shortly before 8:00 on Saturday night and drove to the upper four-wheel drive trailhead.  We found a good parking spot and simply laid our sleeping pads on the road next to the vehicle for the night.  We overslept and didn't start hiking up the trail to South Colony Lakes until 6:30.  I was nursing a cold and had just had a 19 hour day in the mountains on Friday, so I was moving a bit slow.  It was moderately windy, but we made the base of the direct start of the route in about 2.5 hours.

Brian made quick work of pitch 1 (5.4) of the direct start and got us about half way up the large open book dihedral.  I took the next pitch (5.6) which was a bit stiffer and slightly run out in areas.  Brian then led us out of the dihedral on class 4 rock to an open area on the arete well below the red tower.  We coiled the rope and scrambled up the class 3 and 4 terrain to the arete proper just above the red tower.  We briefly roped up again, and I led an easy pitch of low class 5 climbing directly on the arete.  Brian then took the lead as we did another fairly long section of class 3 and 4 scrambling to a mini-headwall below the main headwall.  We opted to climb this directly rather than bypass to the climbers right.  I thought this was another fun pitch of low class 5 climbing; however, the rope drag at the near the top got rather annoying.

Brian took the sharp end of the rope for the first of two headwall pitches that would take us to the summit.  Brian did a good job leading the crack to the right (5.5) and then brought Kevin and I up.  After watching a party in front of us climb, I led the final 5.7 crux crack to easier terrain above.  We scrambled to the summit and quickly started our descent down the standard south route on Crestone Needle.  For the second time in three days, I ended up hiking back to the trailhead in the dark.  We stopped for some food in Pueblo, Colorado, before finishing the drive and getting home around 12:30. 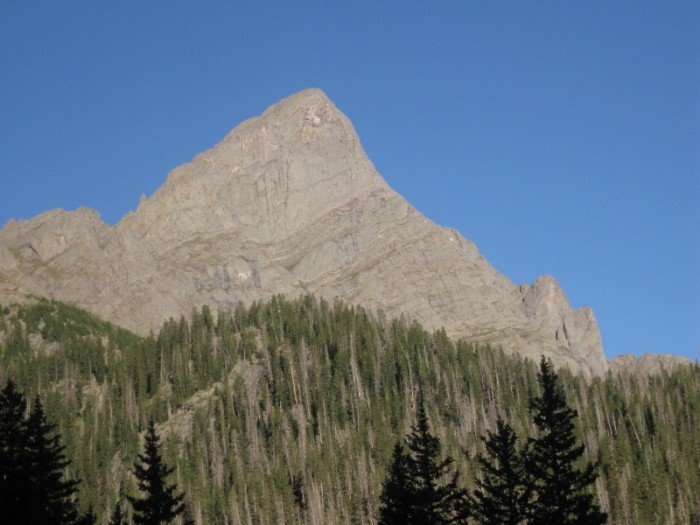 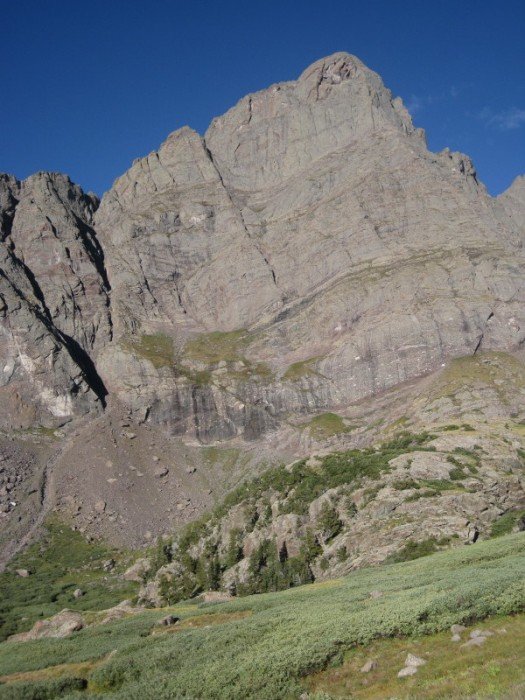 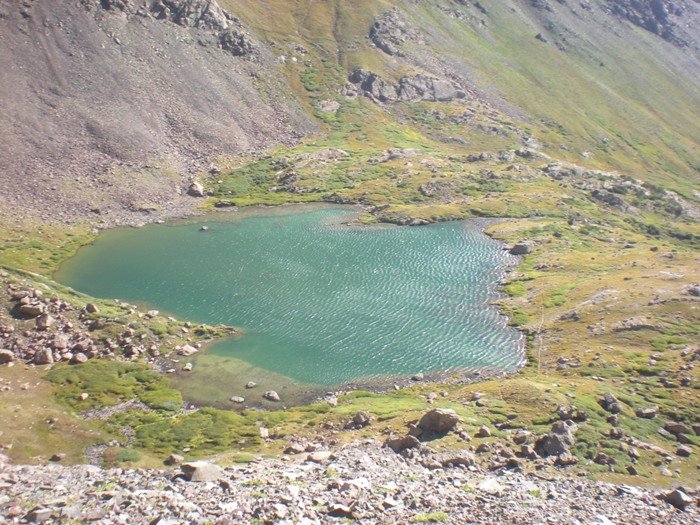 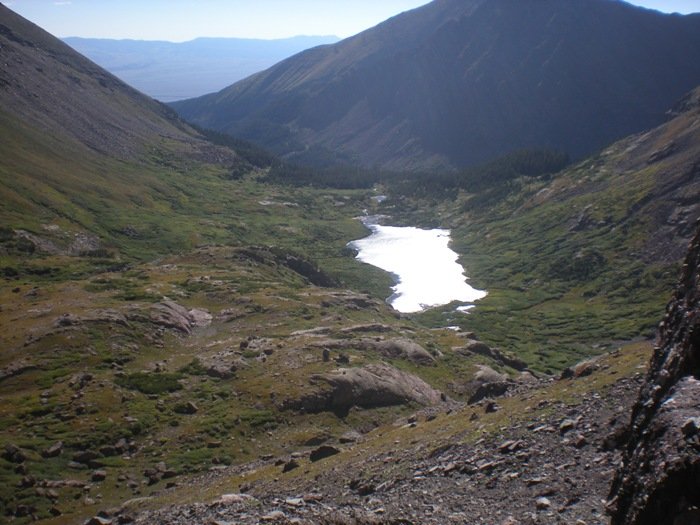 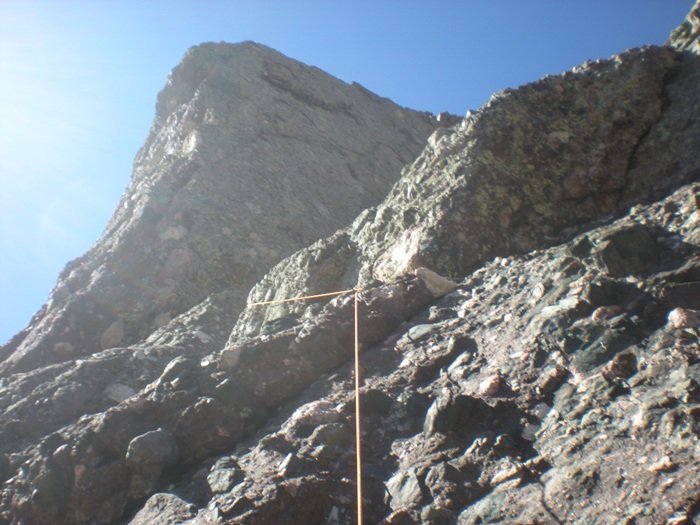 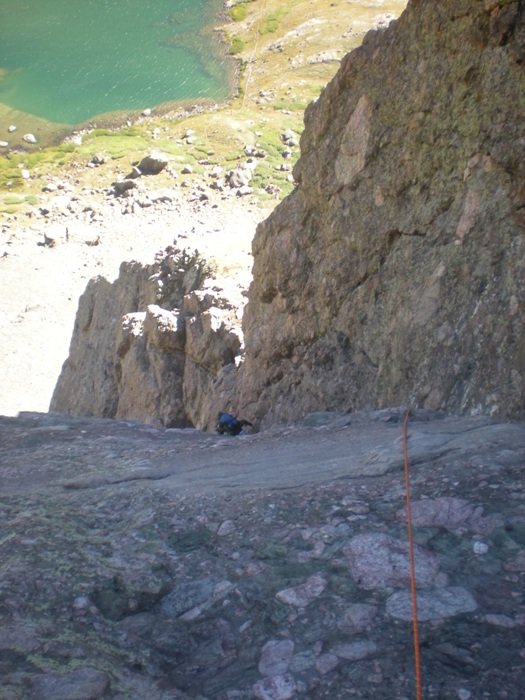 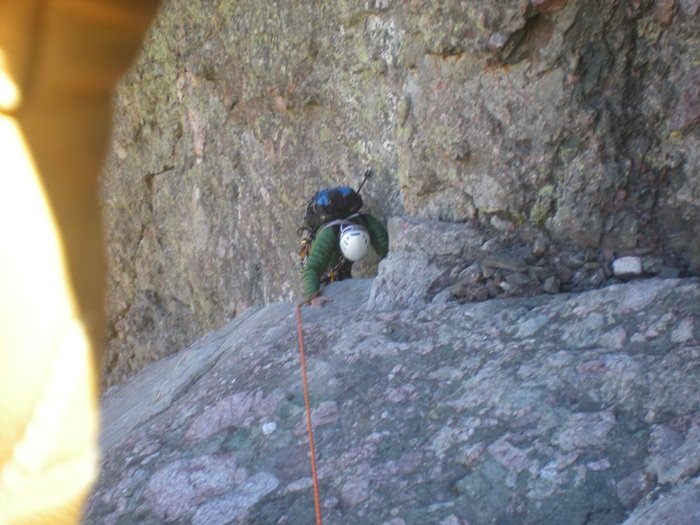 Kevin nearing the anchor at the top of pitch 2. 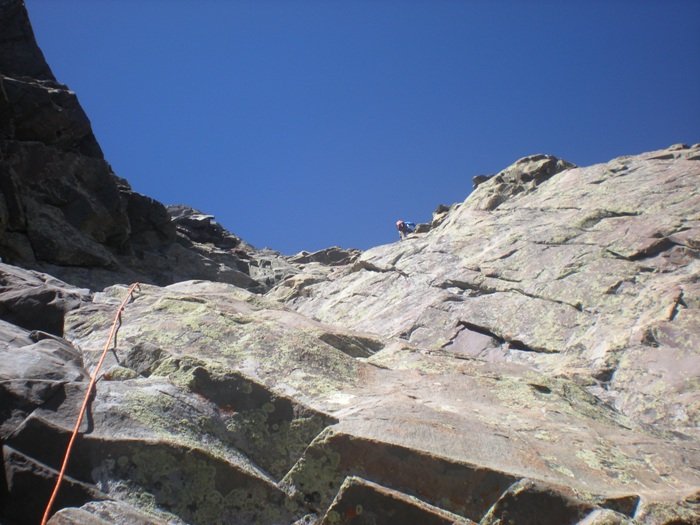 Brian climbing above the large dihedral to open space. 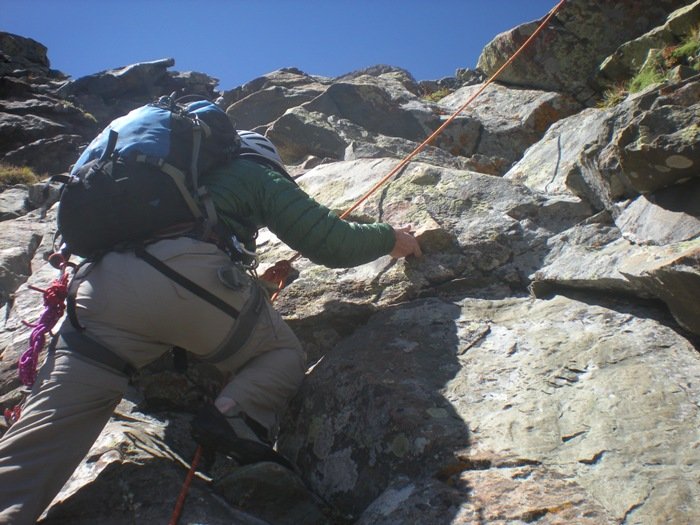 Kevin climbing out of the open book. 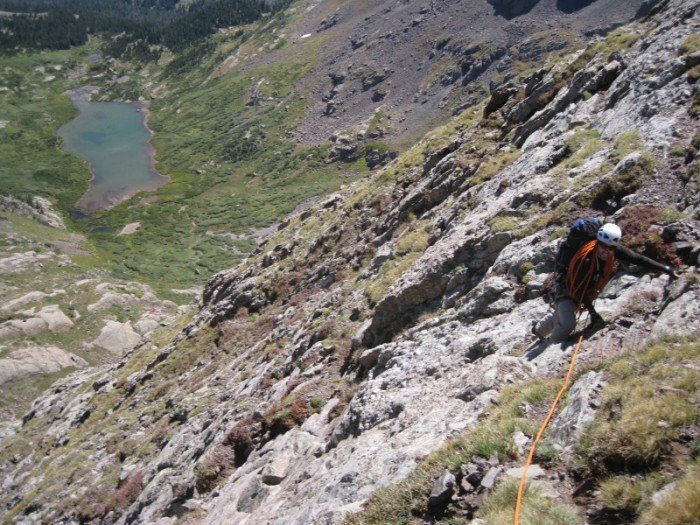 Kevin climbing between the initial pitches and the red tower. 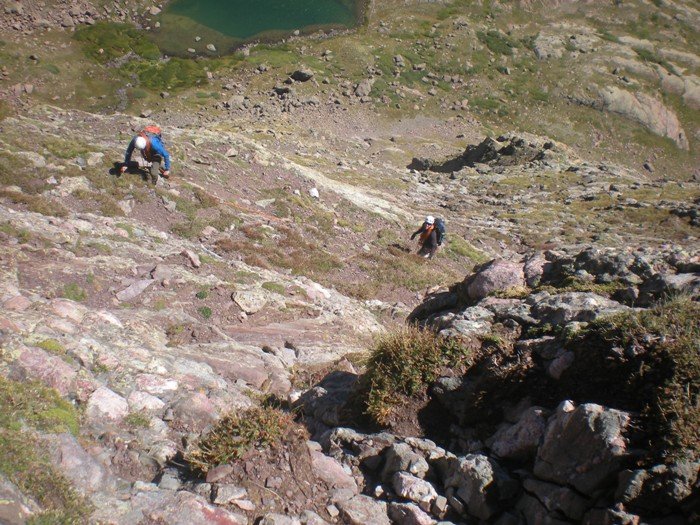 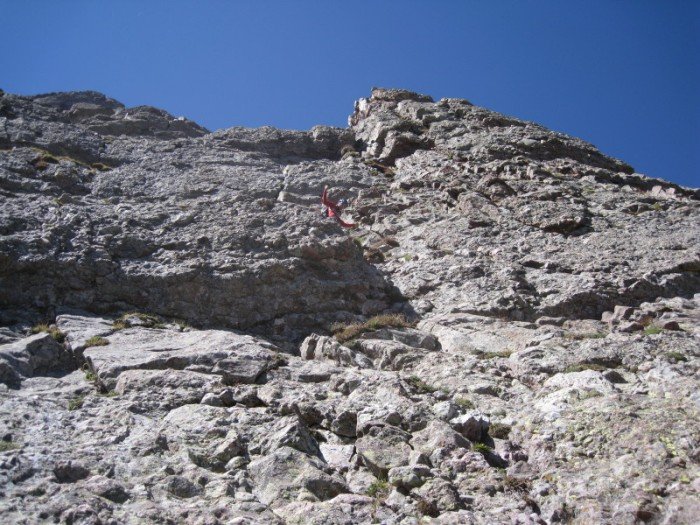 James below the red tower. 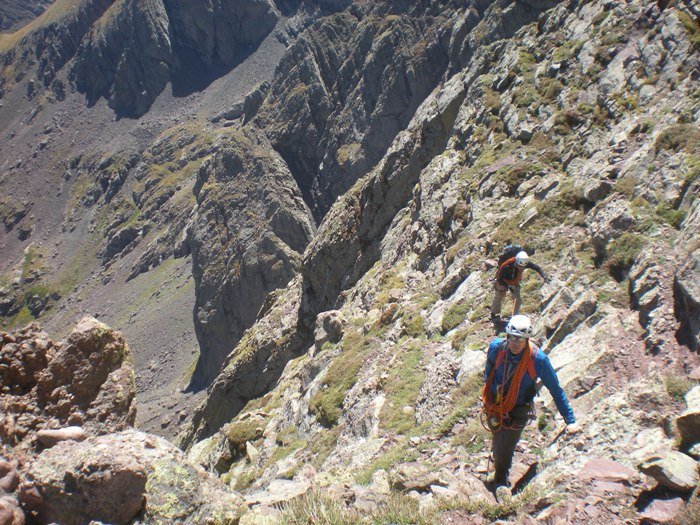 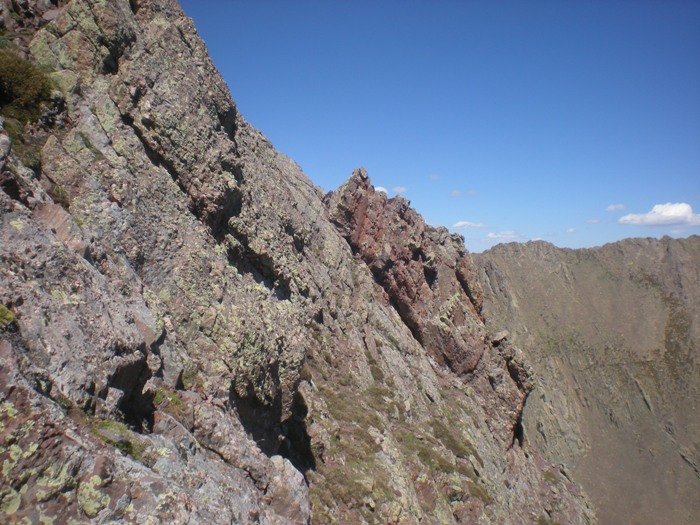 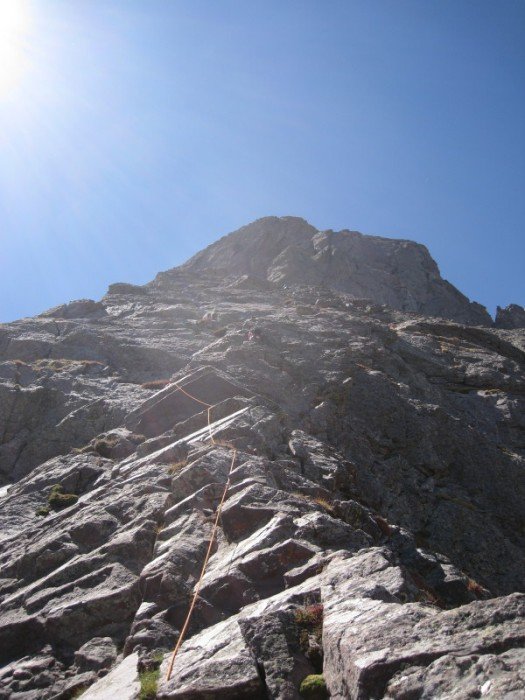 James climbing on the arete above the red tower. 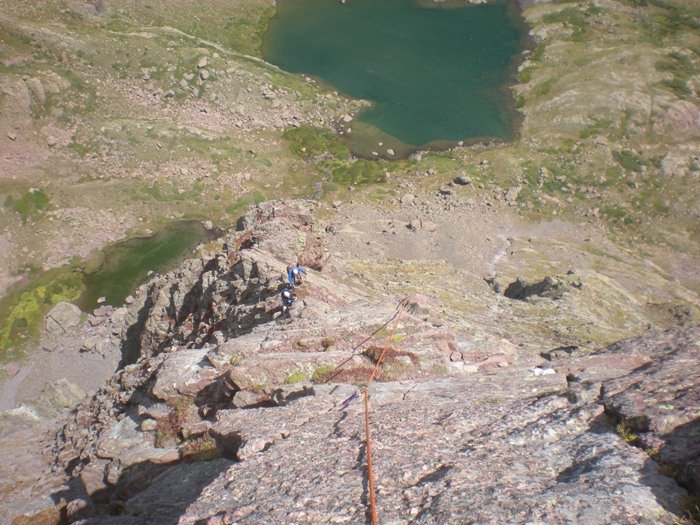 Brian and Kevin climbing on the arete above the red tower. 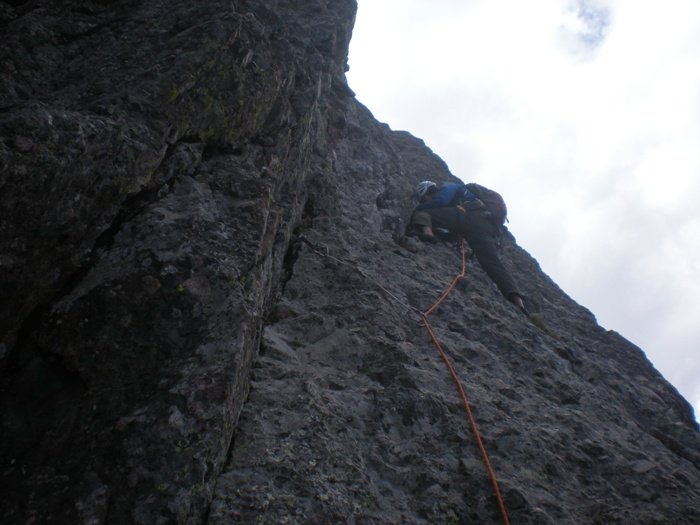 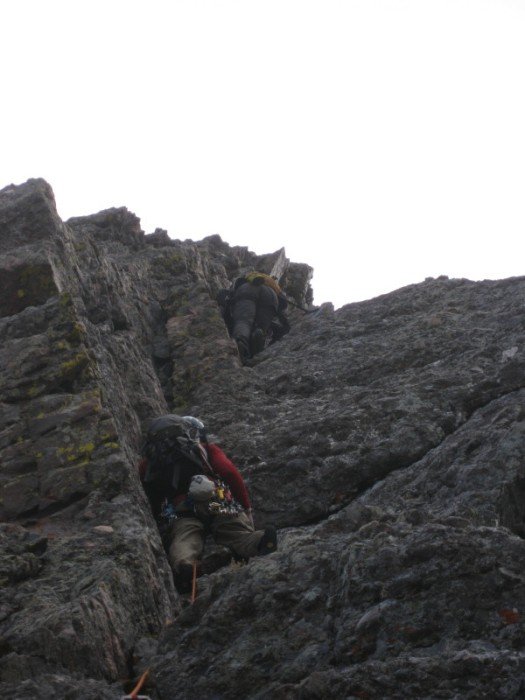 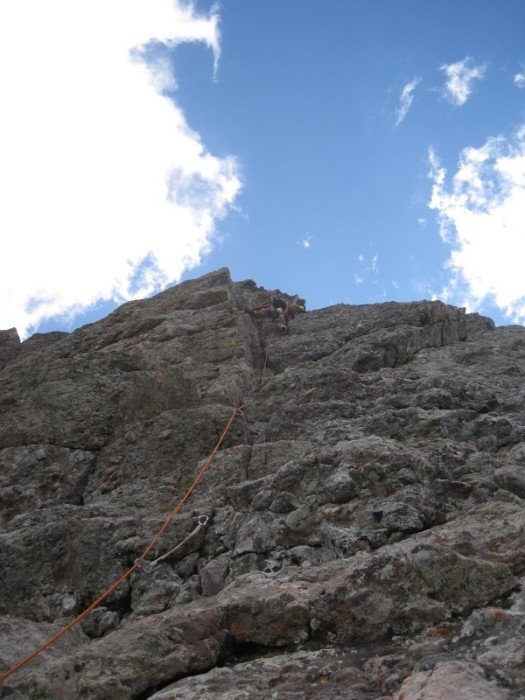 James at the crux of the upper headwall pitch. 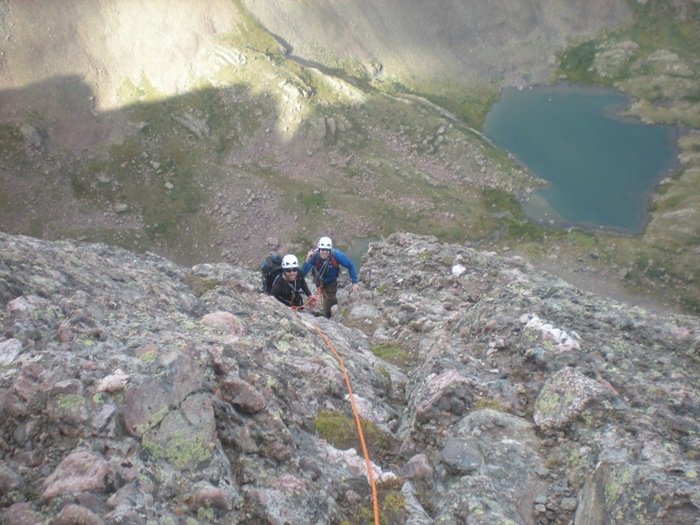 Kevin and Brian near the top of the final pitch. 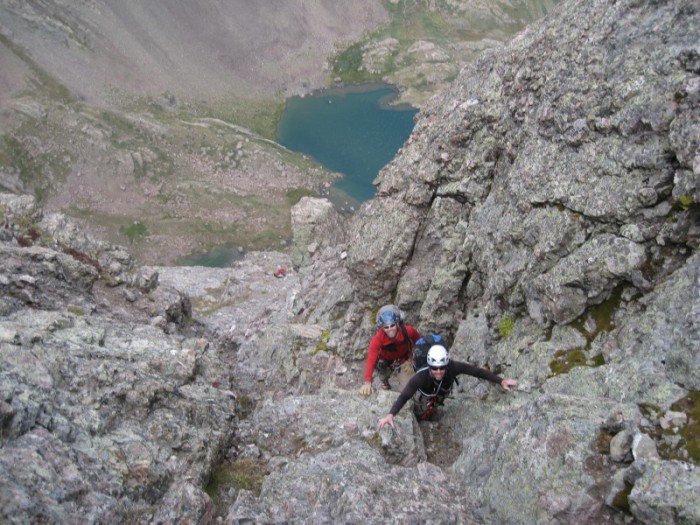 James and Kevin scrambling to the summit. 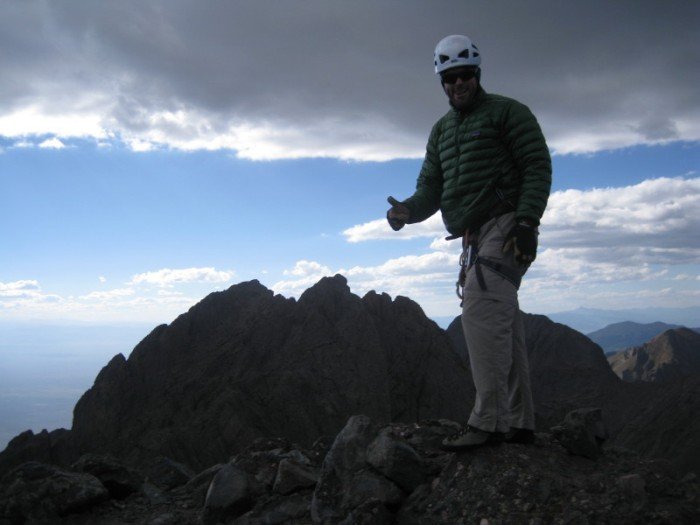 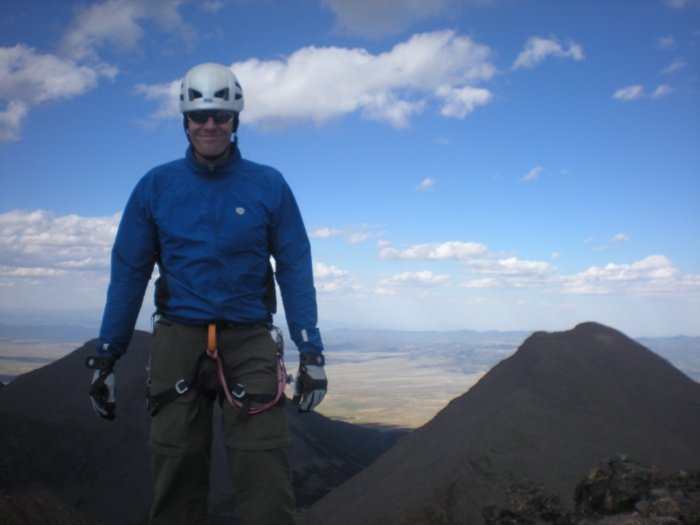 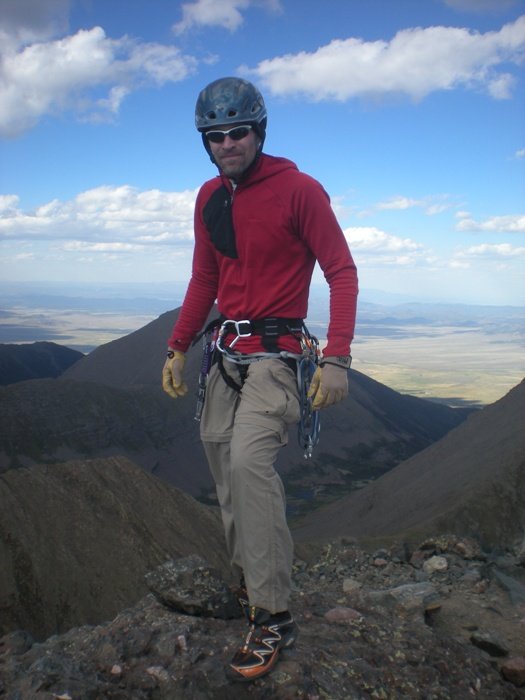 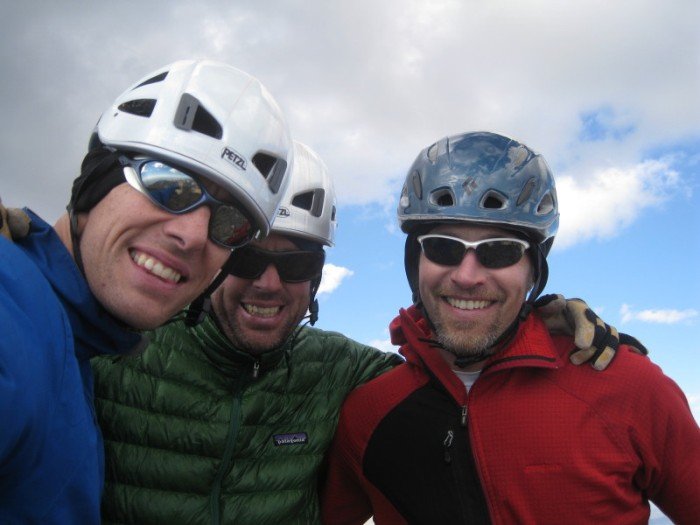 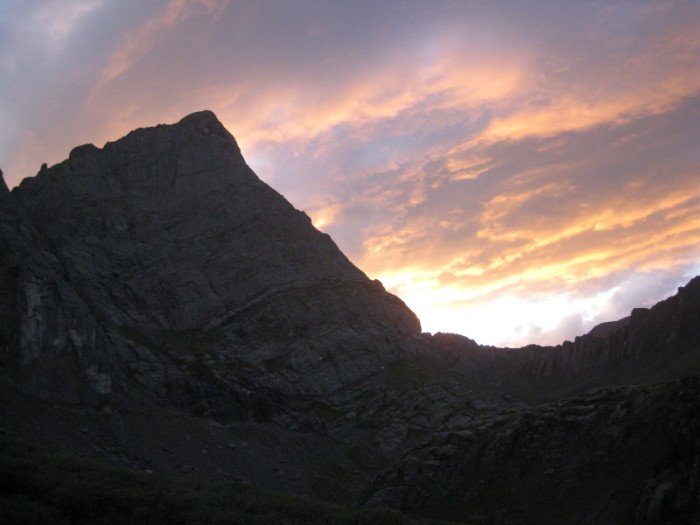