This trip came together last minute after Jeff reached out to our climbing circle looking for a partner for a quick snow climb on the north face of Pikes Peak.  I had not climbed Pikes Peak since 2005, but I do remember enjoying the descent down Rumdoodle Ridge to the Bottomless Pit and the snow climb of the Y Couloir that followed.  Jeff researched the logistics of the mountain with regard to when the Pikes Peak Highway opened and we made plans to meet at his house in Colorado Springs, Colorado, at 6:30.

We drove to the entrance, paid our fee after waiting for 30 minutes, and then drove to the Devils Playground parking area.  There is a lot of construction on the top of the mountain, so visitors are required to park lower down the mountain and shuttle up to the summit.  As a result, we took full advantage of the vans that were running and made relatively quick work of our day hiking.  We jumped on a shuttle and had the driver drop us off at the top of Rumdoodle Ridge around 13,100'.  From here we descended down Rumdoodle Ridge to the Bottomless Pit in approximately 45 minutes.

We crossed the Bottomless Pit and geared up for the snow climb on the north face of Pikes Peak.  Jeff had done nearly all the variations available, and since I had already done the Y Couloir, we decided to climb the Railroad Couloir.  I was a bit tired from my climb the previous day and I'm out of shape, so Jeff did all the work putting in the steps to the summit.  The weather was great, snow conditions were good, and the views were amazing.  You also get the added bonus of having all the tourists gawk at you when you top out.

We didn't stay on the summit too long and simply jumped in a shuttle and got a ride back to the Devils Playground, which is why the statistics for this hike are a bit unusual.  Jeff had a couple of Oskar Blues brews ready for consumption in his truck, so we had a quick beer before driving back to his house and calling it a day.  I started hiking at 8:30 and made it to the summit at 11:40.  Jeff was on top for 15 minutes waiting for me. 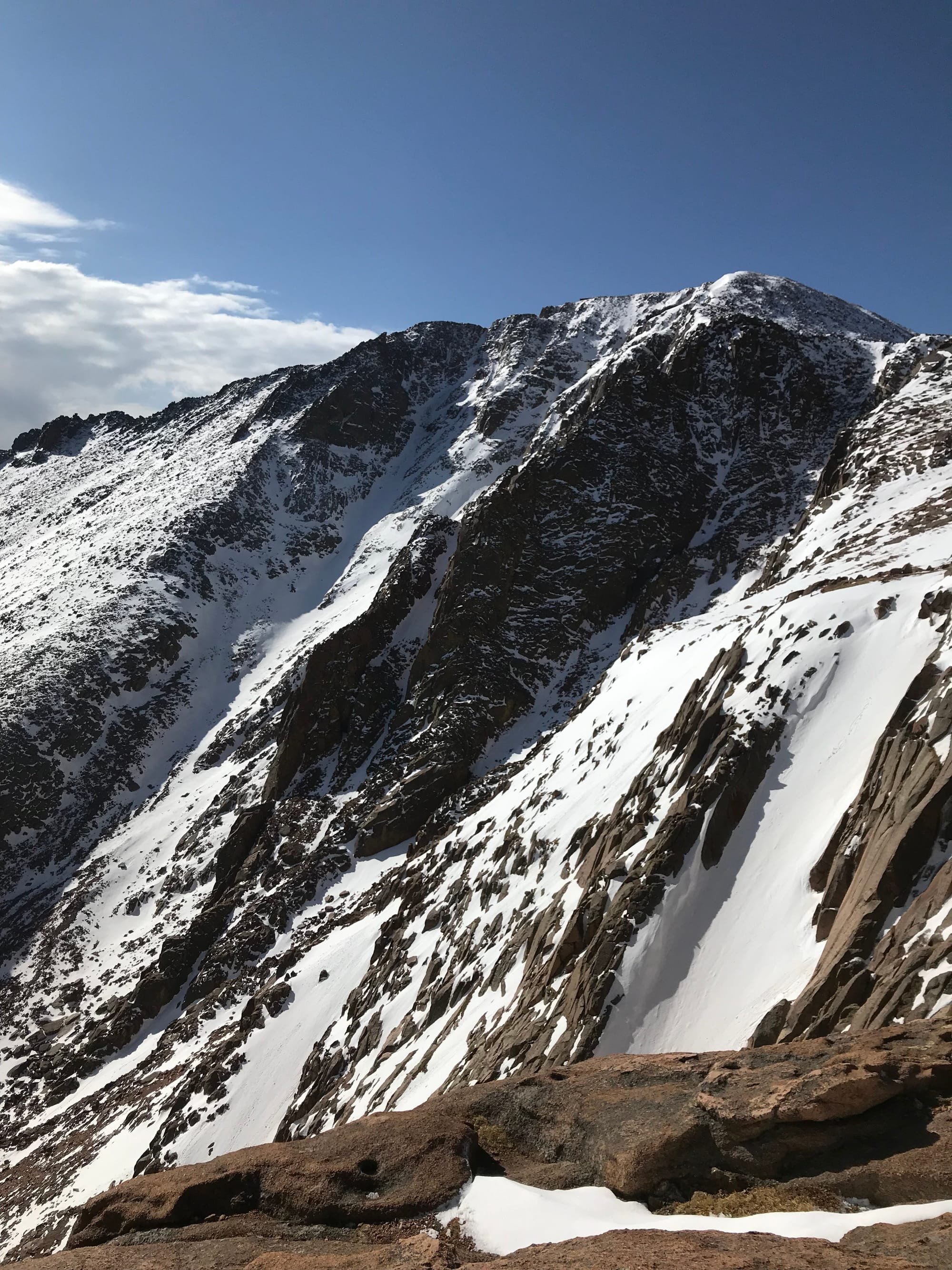 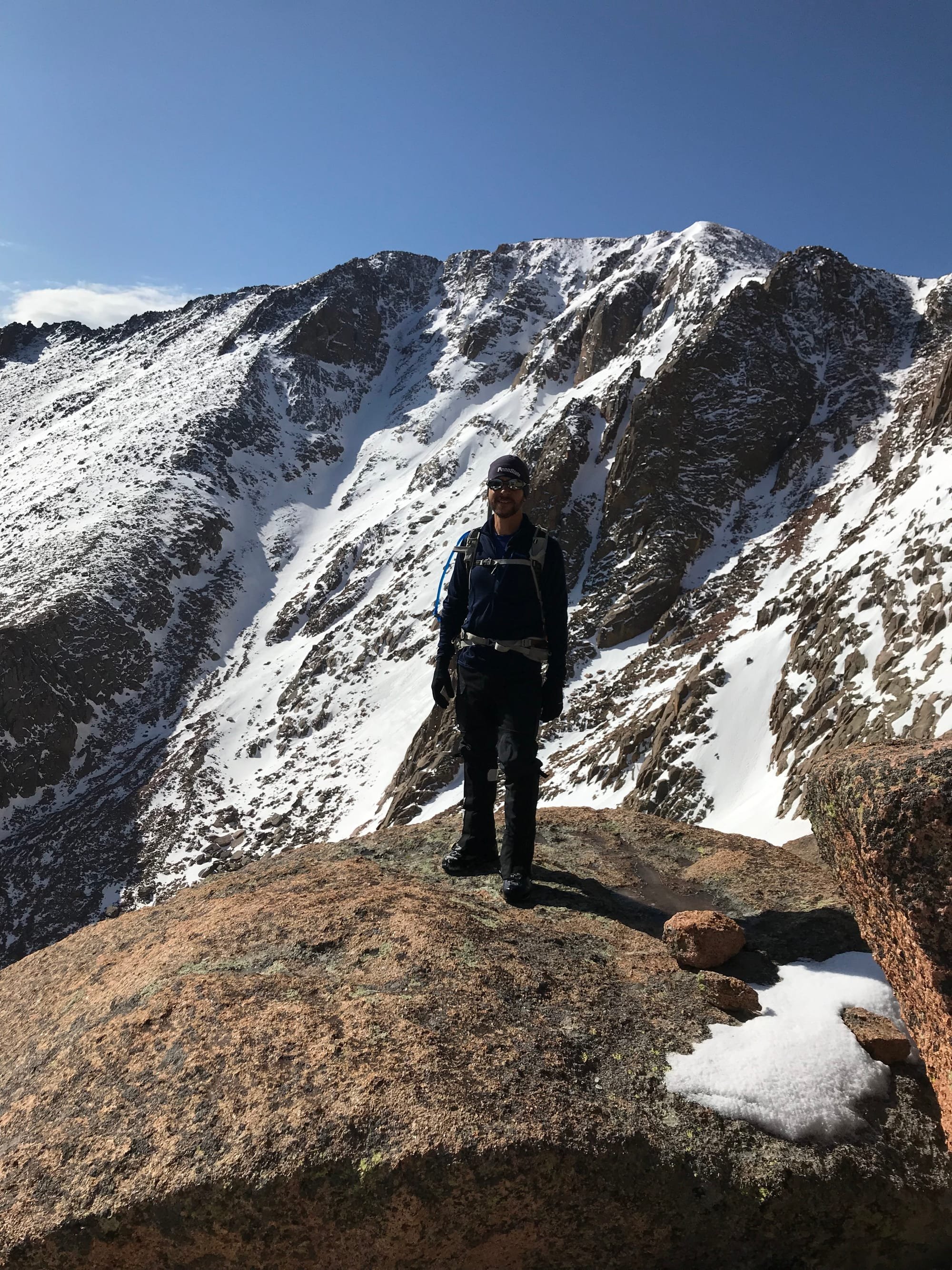 Jeff with Pikes Peak in the background. 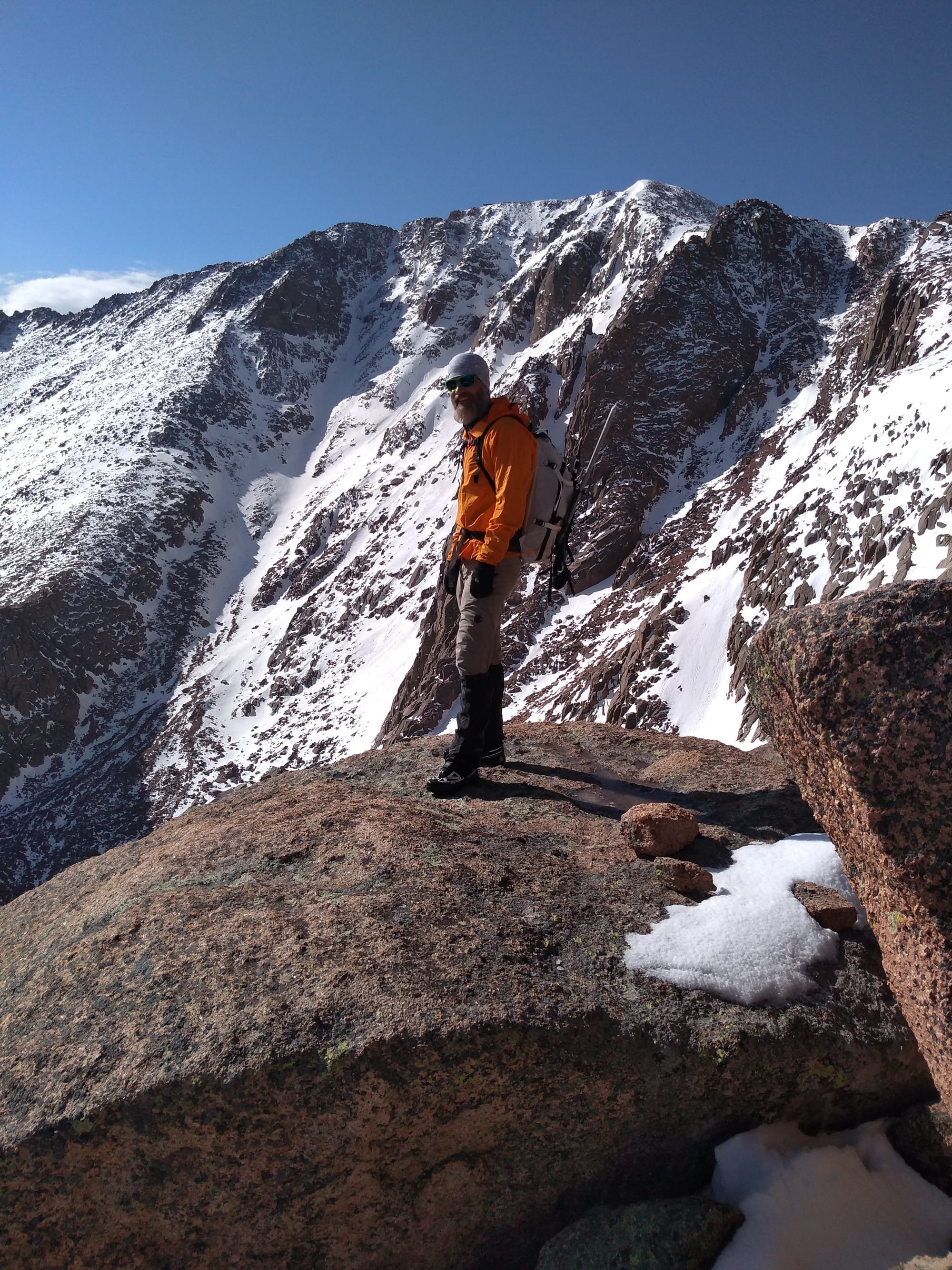 James with Pikes Peak in the background. 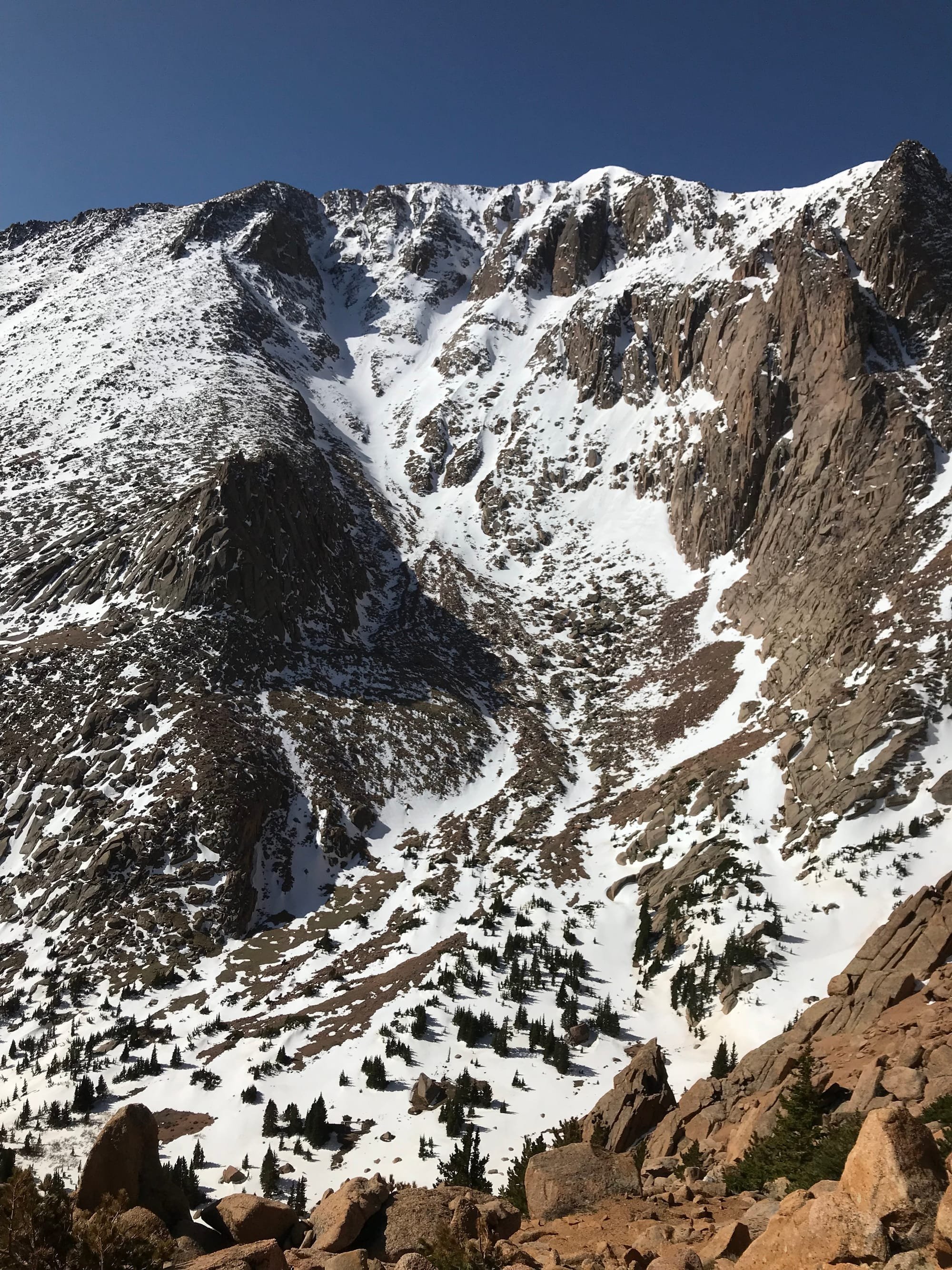 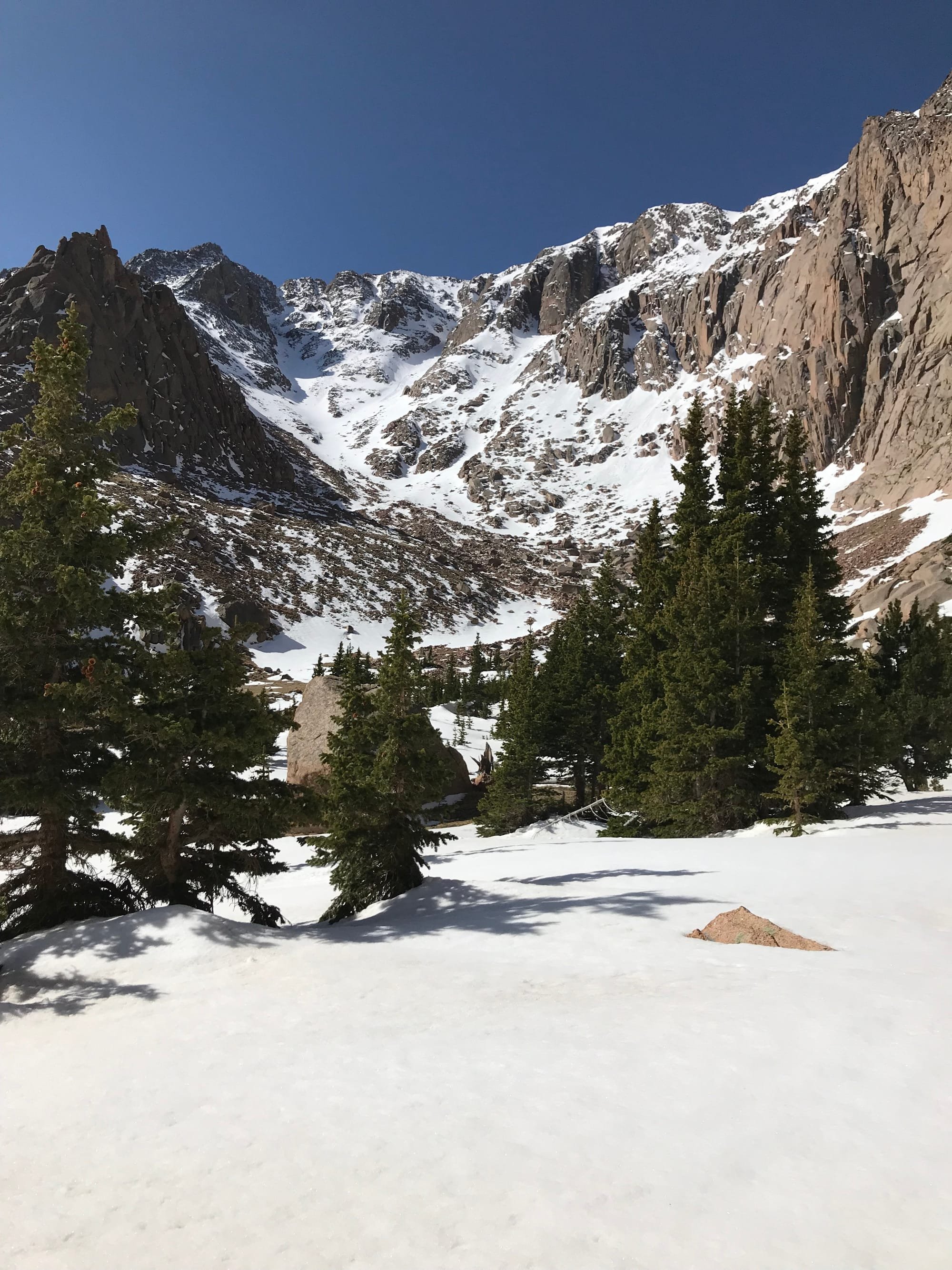 The north face of Pikes Peak from the Bottomless Pit. 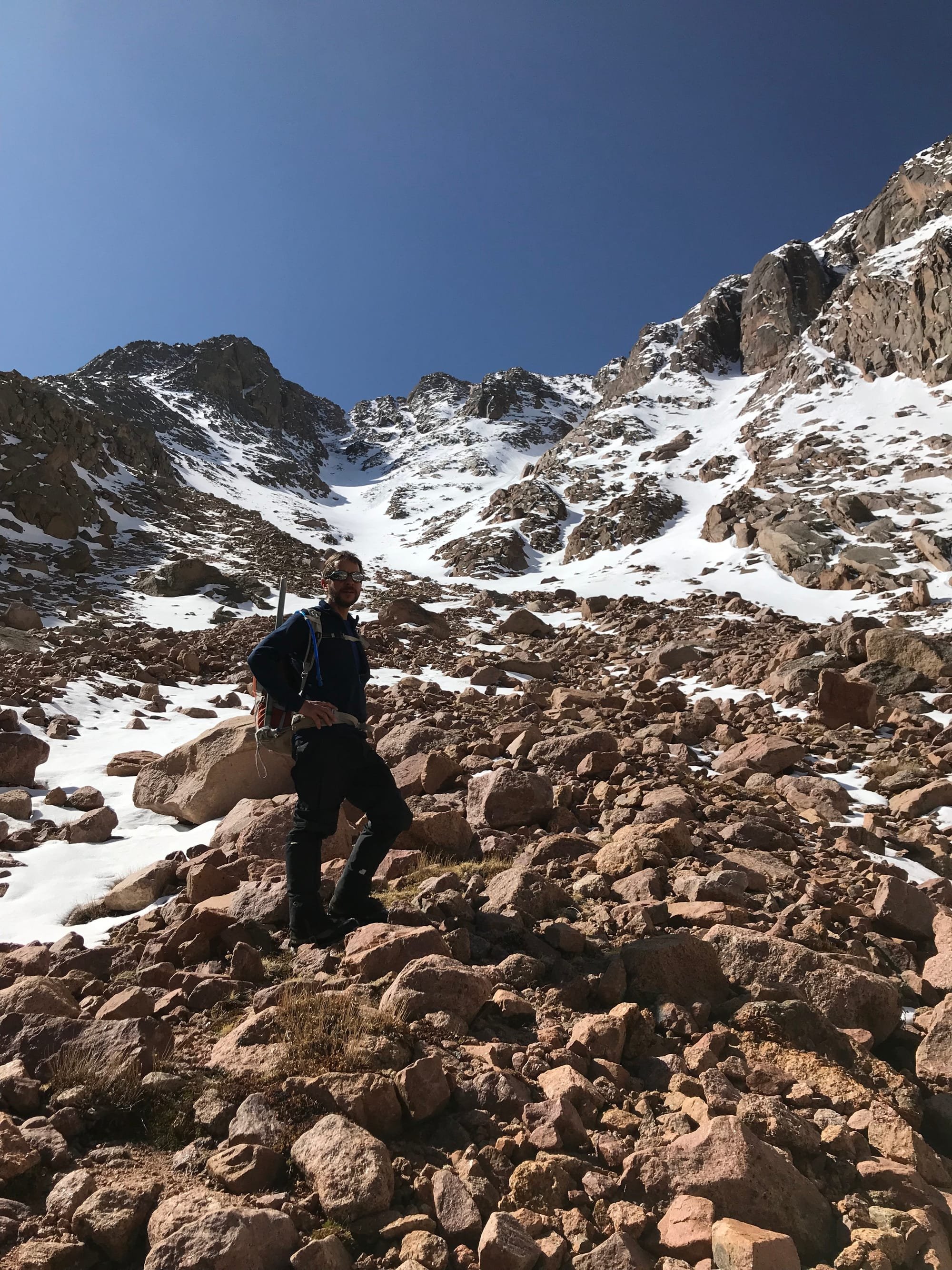 Jeff scrambling to the snow climb. 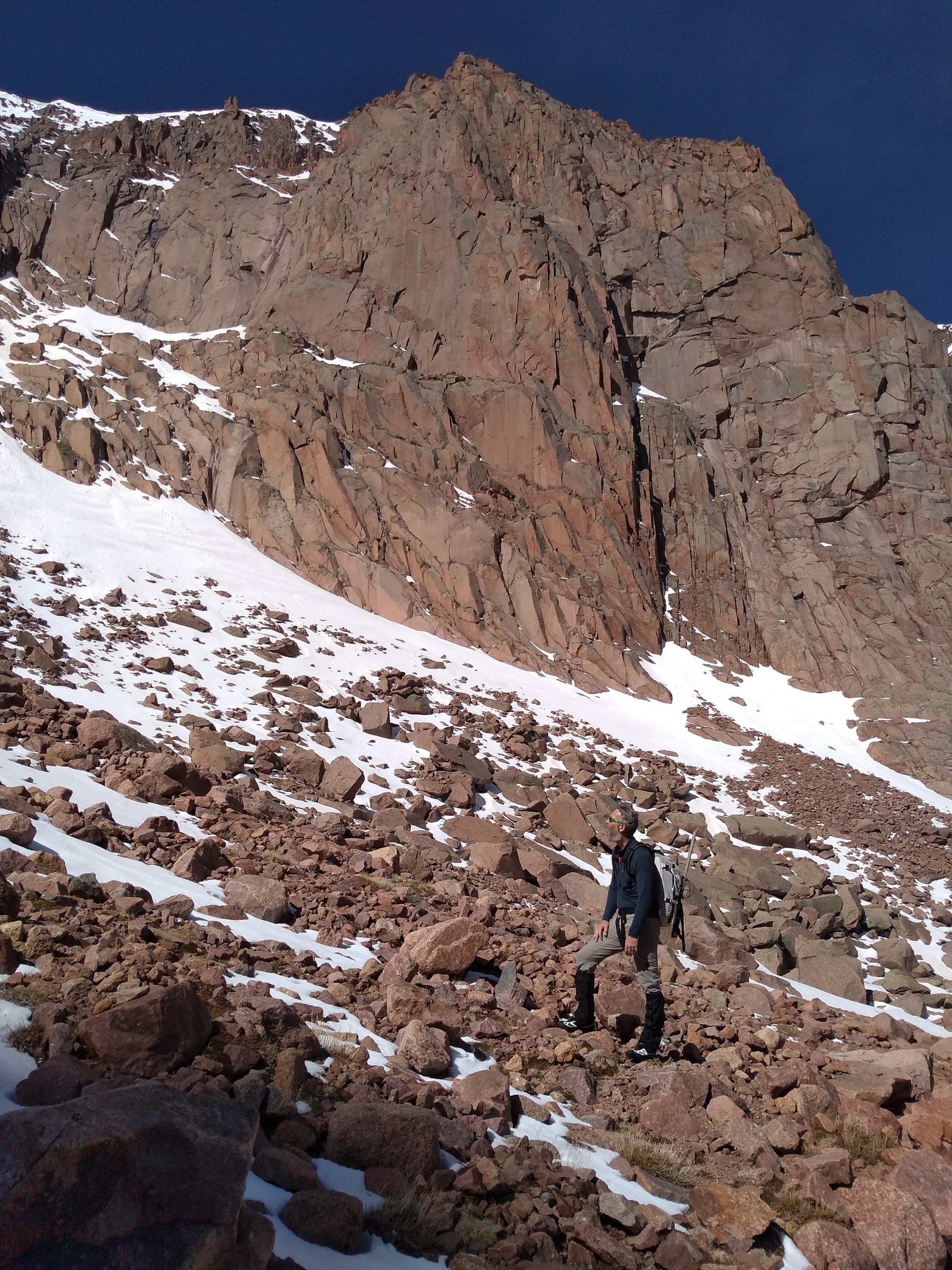 James scrambling to the snow climb. 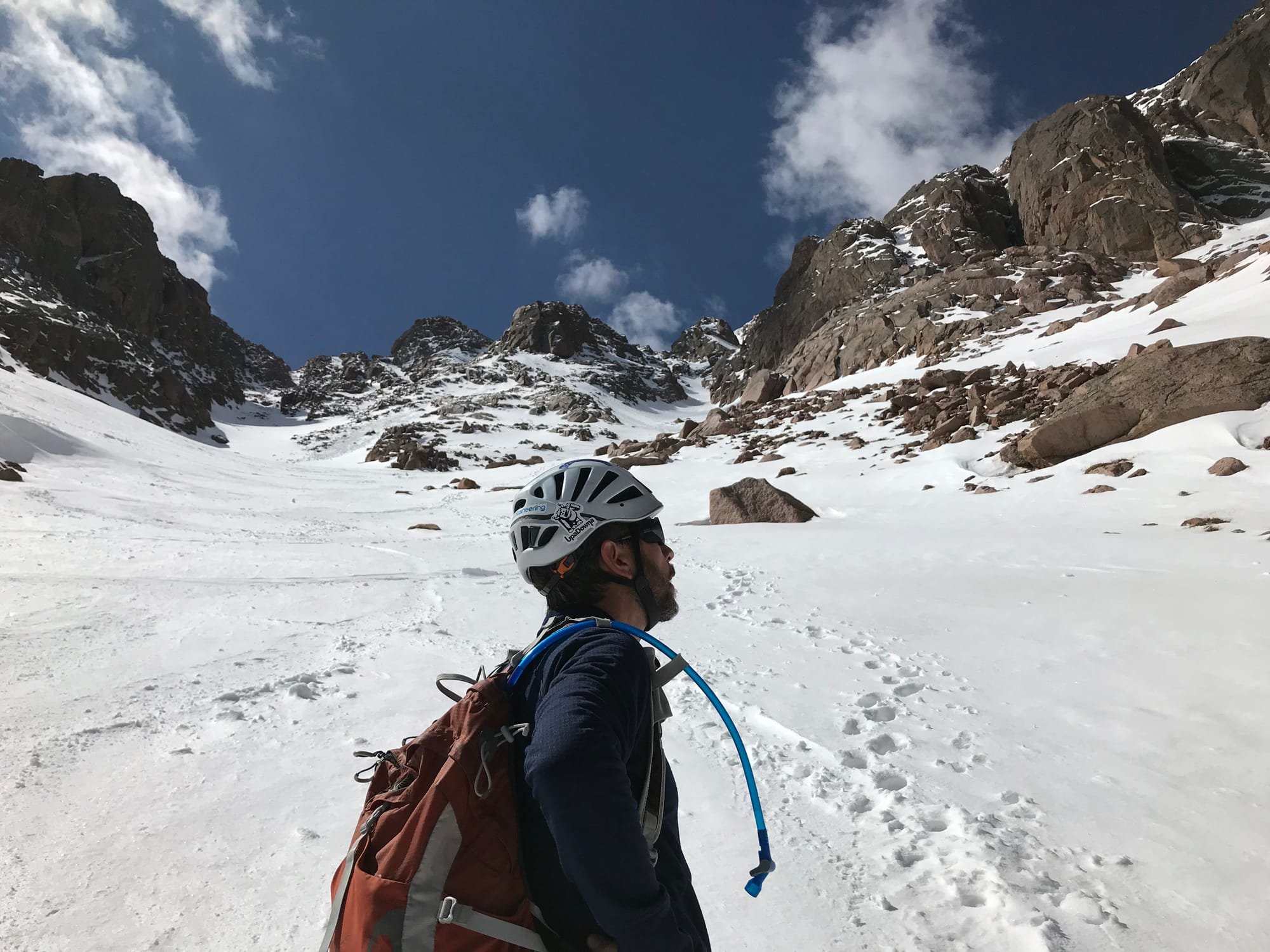 Jeff starting up the Railroad Couloir. Jeff putting in the steps. James starting up the Railroad Couloir. 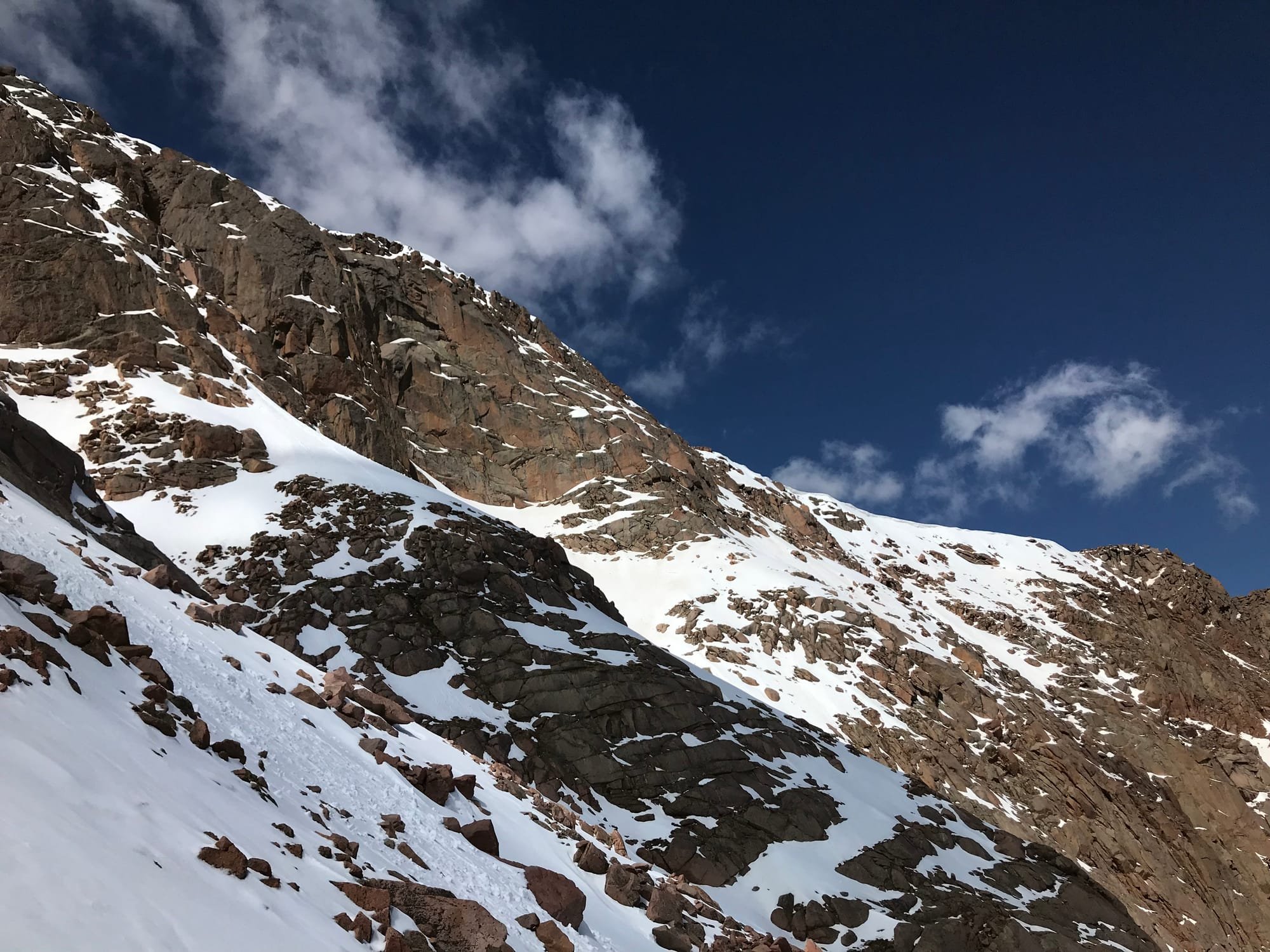 Looking down the snow climb to the Bottomless Pit. 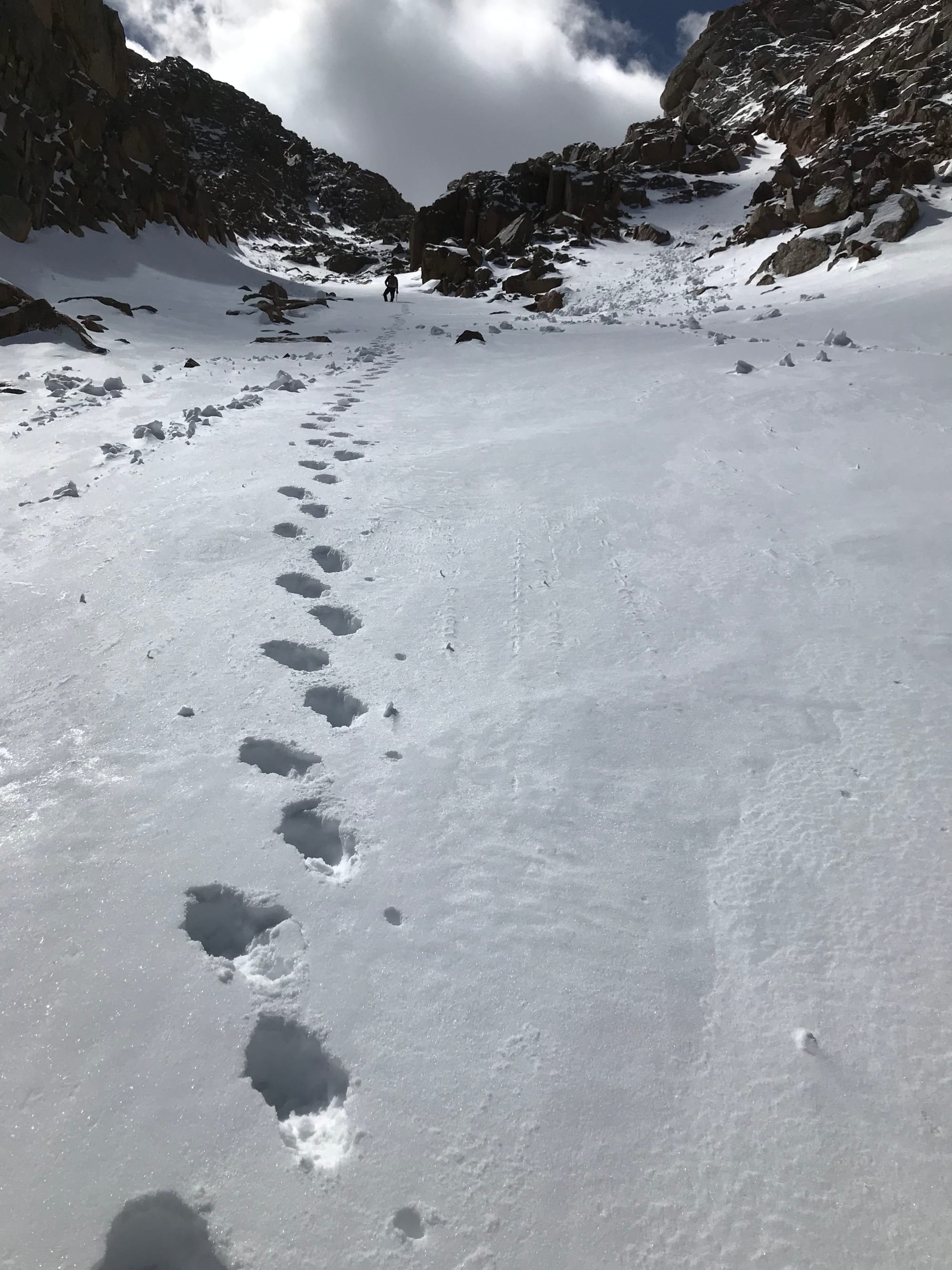 Jeff higher up in the Railroad Couloir. 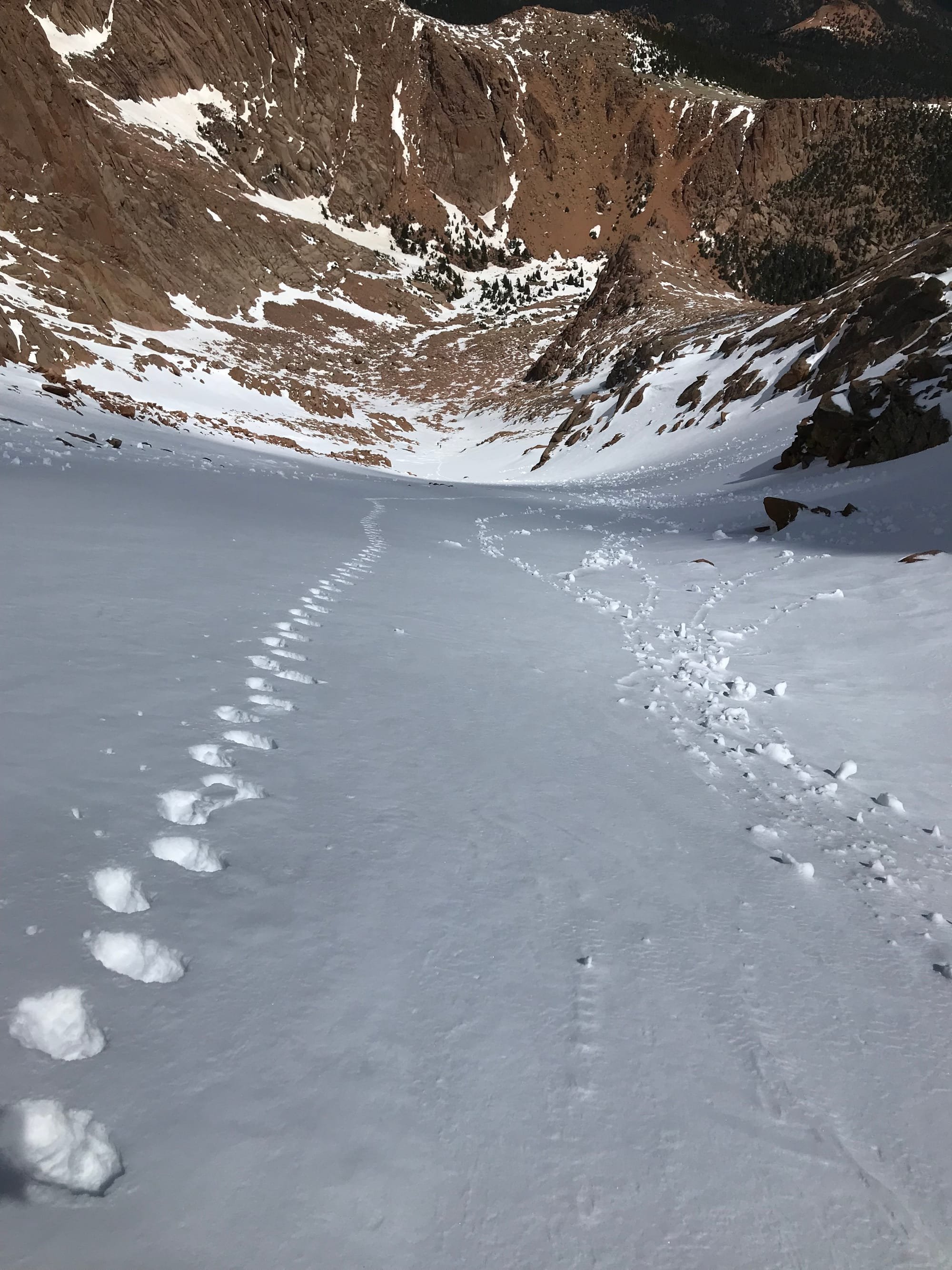 Looking down the climb after gaining some elevation. 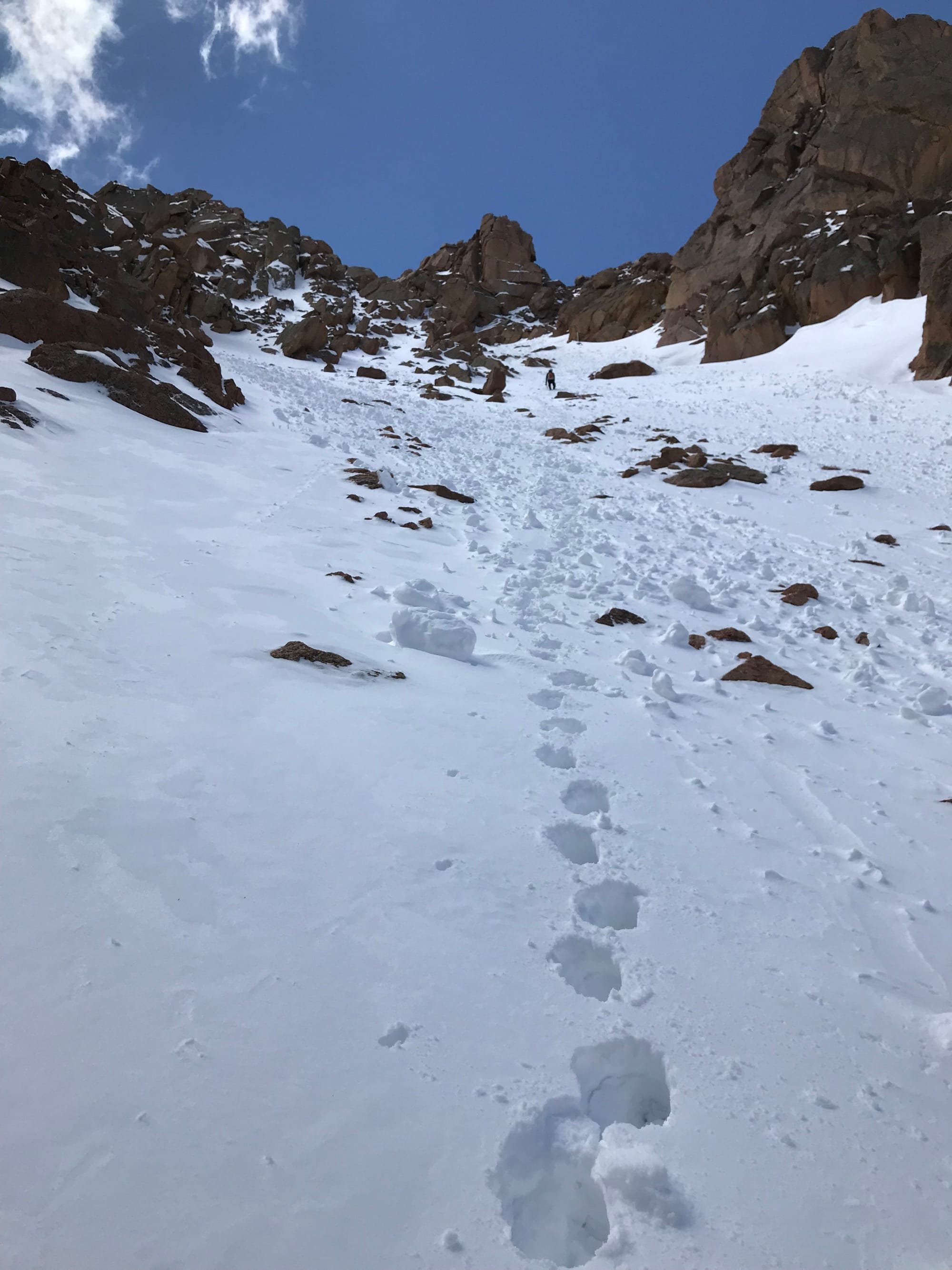 Jeff pulling away from me. 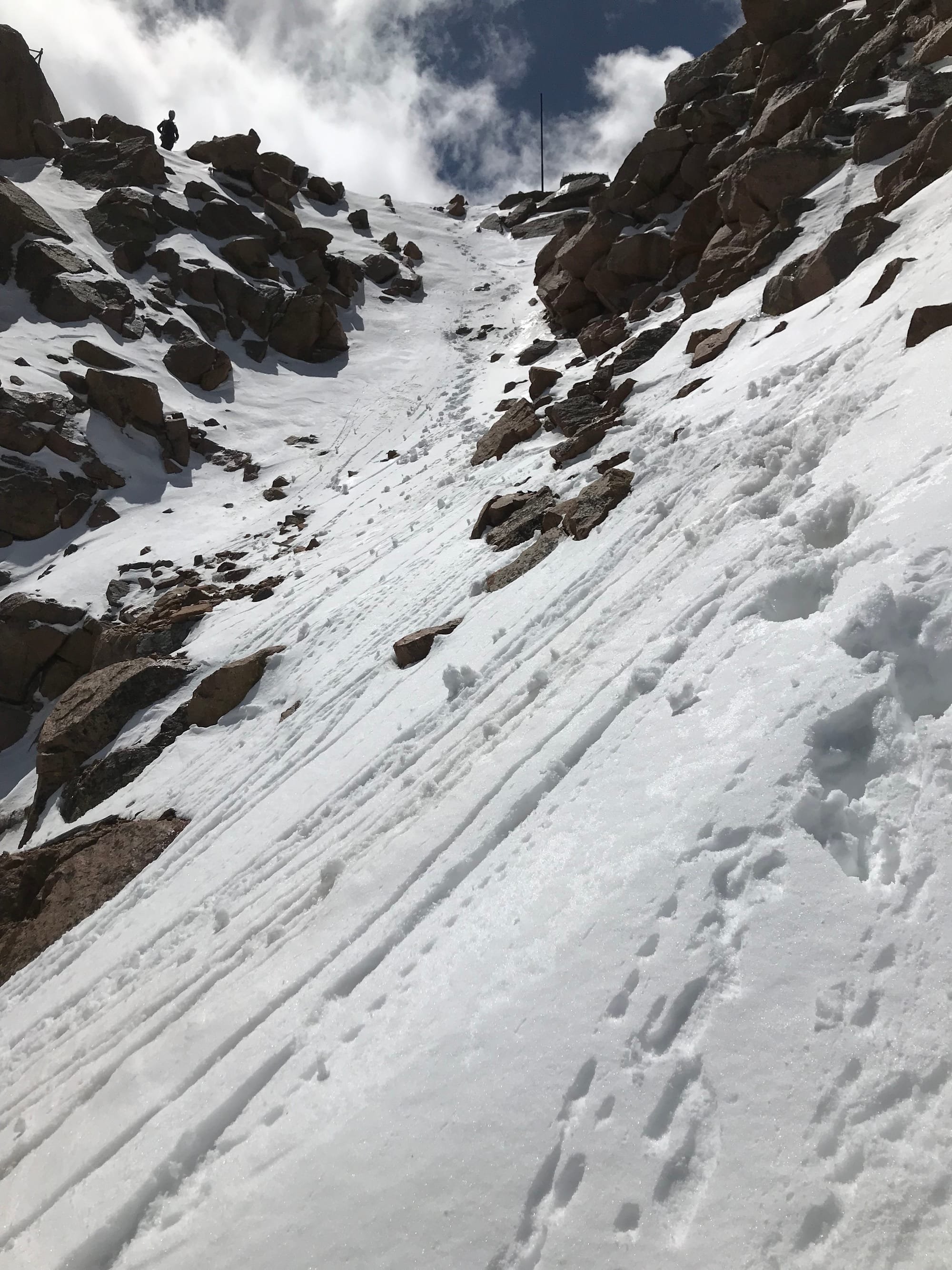 The final section of the snow climb. 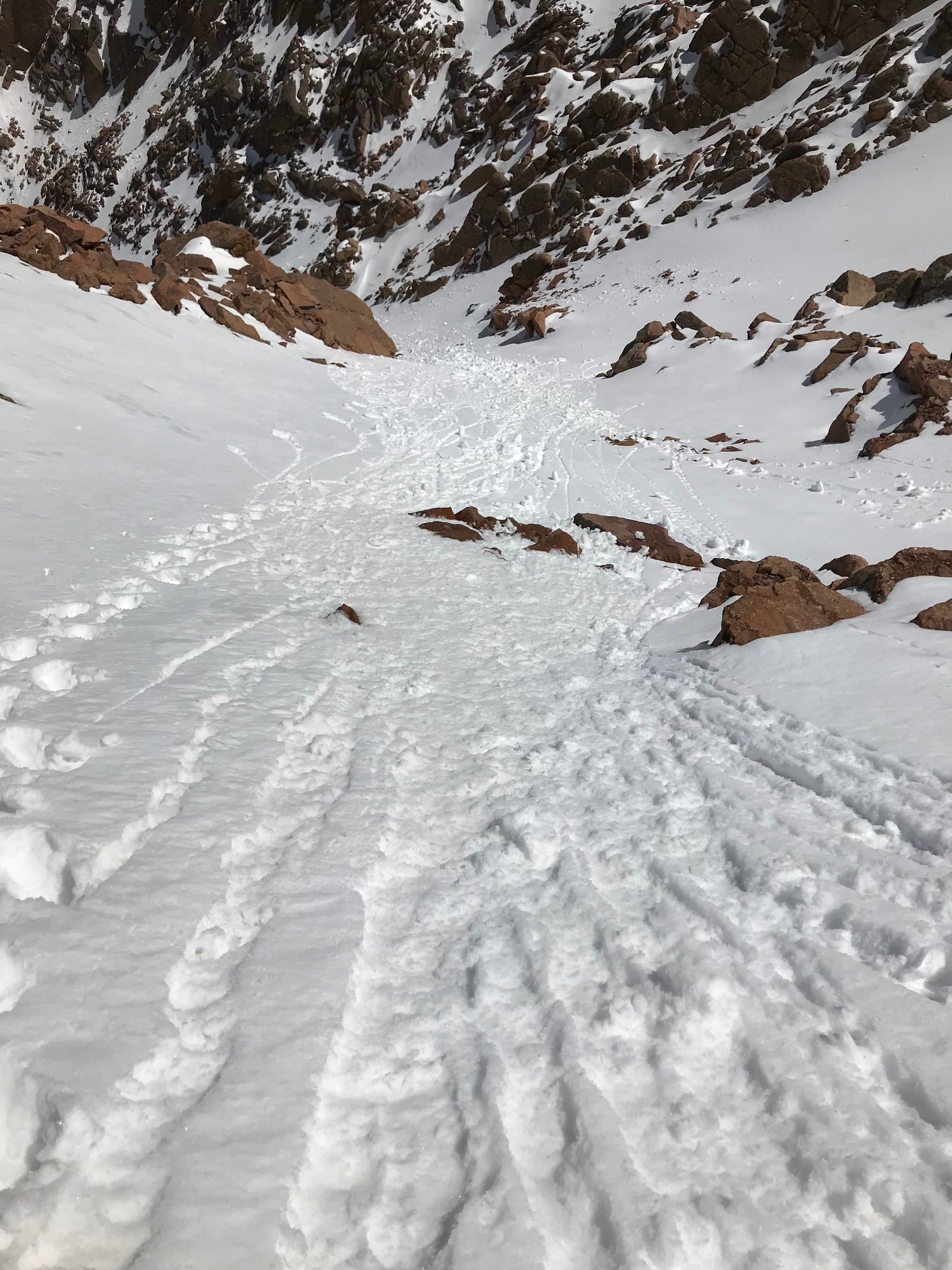 Looking down from near the top of the climb. 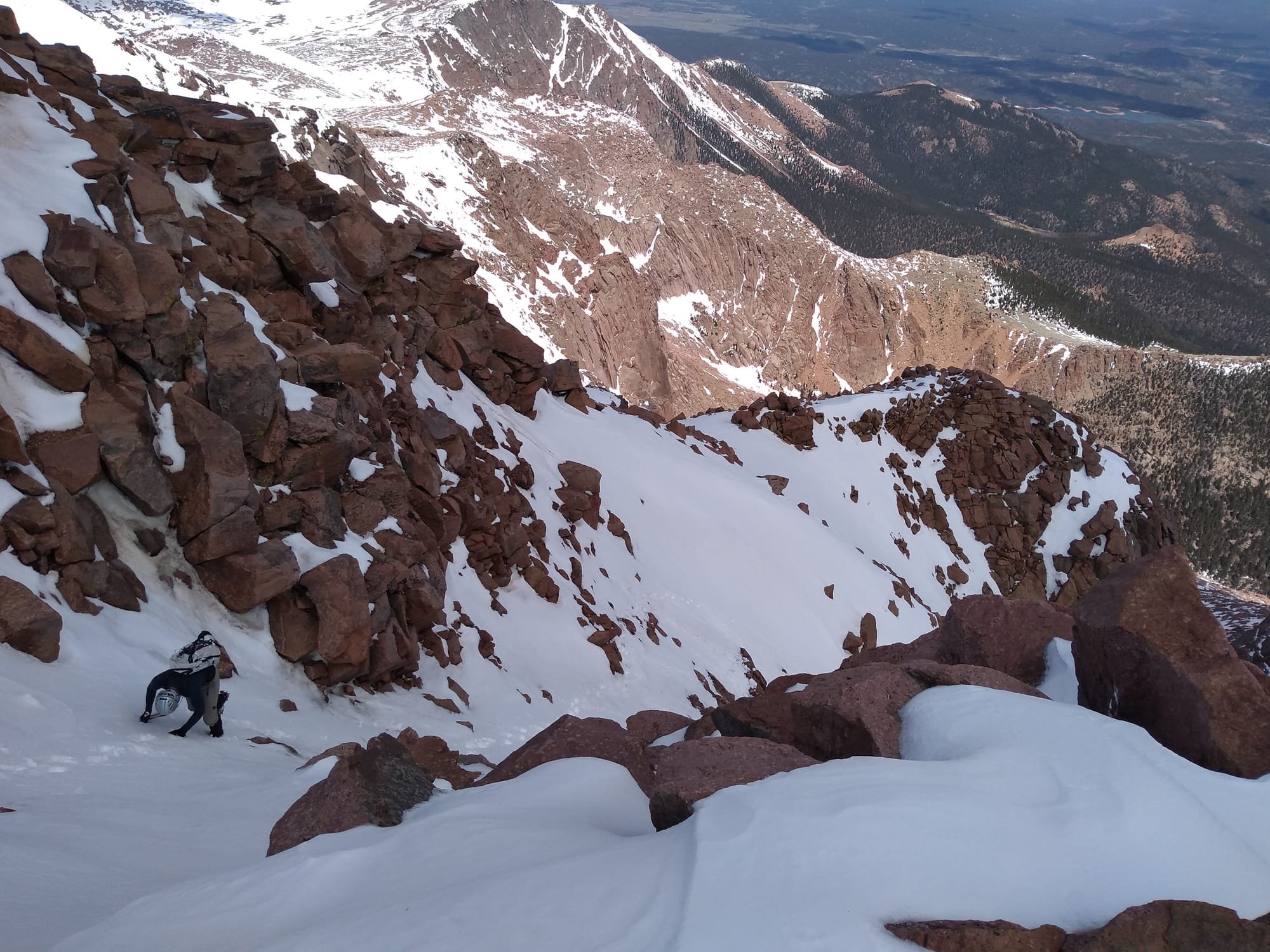 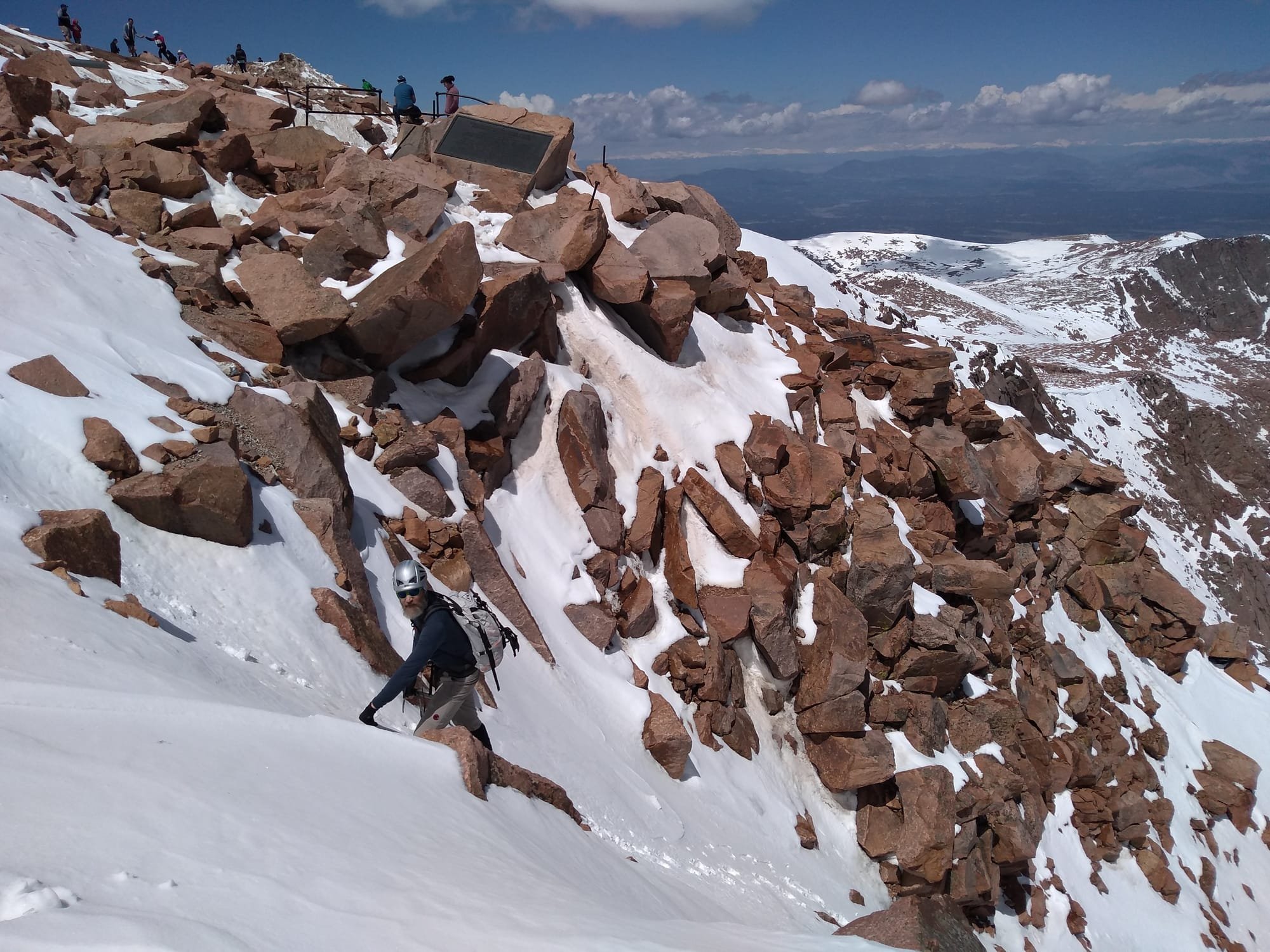 James toping out with several tourists in the background. 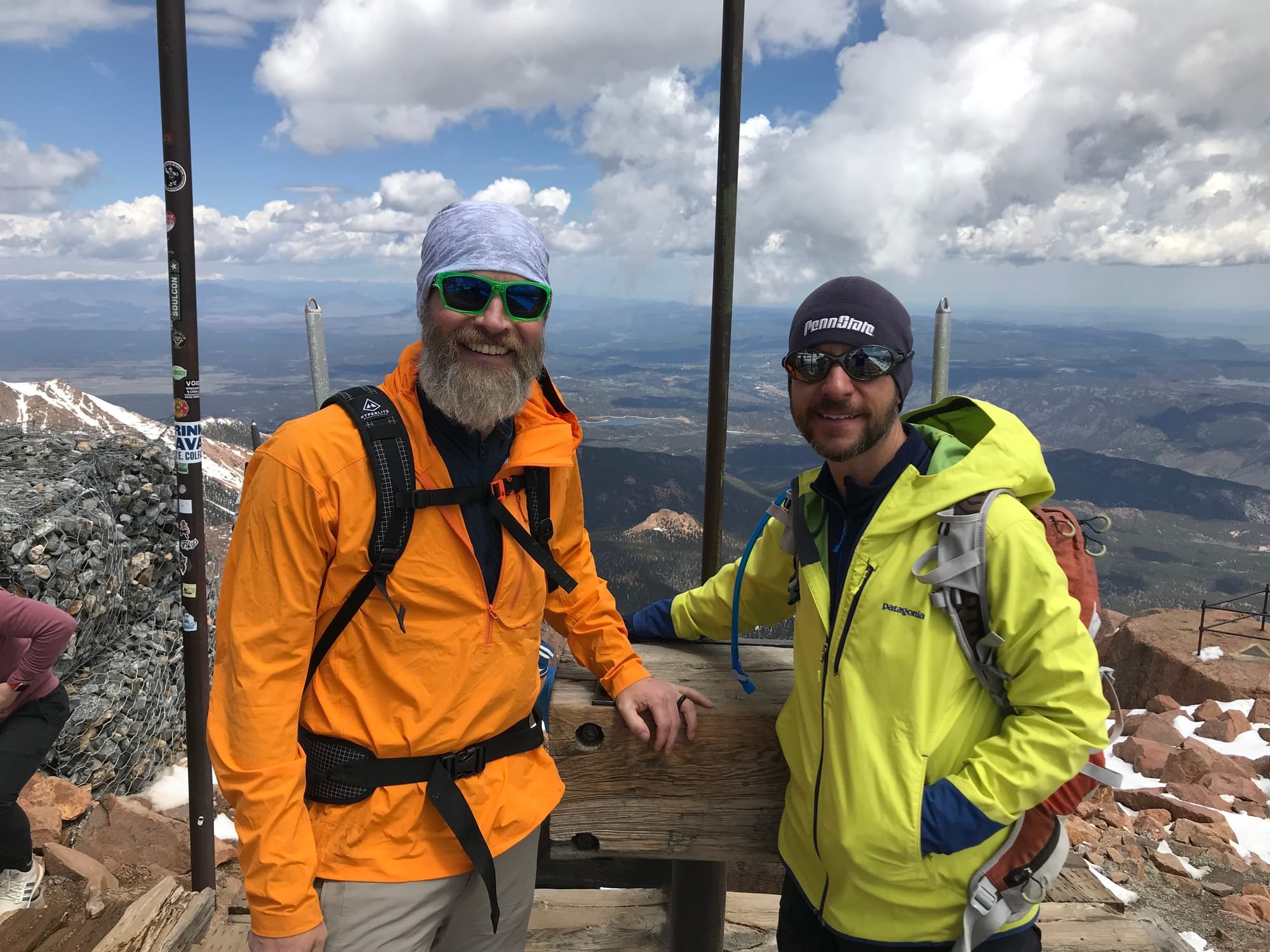 James and Jeff at the literal end of the railroad to the summit of Pikes Peak. James and Jeff on the summit of Pikes Peak.