This trip was the second annual Rockies Winter Gathering for SummitPost.com members.  The group generally tries to select a mountain climbable by all types of people.  This year Mount Bross appeared to be a reasonable candidate, but the mountain tried its best to deny everyone the summit.  Several members stayed in Breckenridge, Colorado, the night before, one camped near Kite Lake, and others drove to Alma, Colorado, early Saturday morning.  After a quick group photo at the trailhead, we were hiking around 6:30.

The team stuck together for much of the hike to the Kite Lake area.  I decided not to start with snowshoes, but was required to put them on approximately one mile up the road.  Once near Kite Lake we picked a line to the southwest gully of Mount Bross.  The team began to spread out and I was the first one to drop the snowshoes once on the rock and scree in the gully.  Progress was adequate and about one-third of the way up the gully, I thought I saw a trail continue on the north slopes.  I crossed the narrow snow field and began struggling up the loose scree.  Kane on the other hand, quickly picked up a strong climbers trail that remains on the south side of the gully.

The weather remained tolerable, but it wasn't good.  I was able to stay with Kane for a while, but two-thirds of the way up to the saddle between Mount Bross and South Bross I was unable to keep up with his progress.  The unstable footing, scree, snow, and fatigue was setting in on me as Kane followed the climbers trail all the way to the saddle.  He disappeared on the ridge and I pressed on having to break frequently.  As I rounded a small false summit, the wind took me by surprise.  I could see the large rock shelter on Mount Bross across it's broad summit, and Kane was standing below it to the west.  He pointed me in the direction of the cairn and dropped towards the saddle of Mount Cameron and Mount Bross.

It didn't take long to reach the summit, but the weather was deteriorating rapidly.  It had taken me 3 hours and 55 minutes to climb Mount Bross.  I added a layer, snapped some photos, took a drink of water, and ate some gummy bears.  The snow was blowing, the wind was strong, and I was getting cold.  Kane returned to the cairn after deciding not to attempt Mount Cameron, it simply wasn't worth it in the conditions we were experiencing.  He also hydrated, put on his mitts, and after 10 minutes we decided to descend.  We still didn't see anyone come over the ridge and were getting too cold to wait any longer.

As we started back south, the wind and blowing snow was nearly unbearable.  It was difficult to breath and I pulled my balaclava off of my nose to make it easier.  I actually ran into Kane a couple of times not paying attention to were I was going.  We quickly dropped off the saddle and saw some of the other climbers.  I must have had a lot of rime ice built up on my nose, because they immediately told me to clear it off and cover my nose.  I told them what conditions were like on the saddle.

Kane and I discussed conditions with other hikers as we passed them.  The primary advice was that if they were warm and didn't have too much exposed skin they could still summit.  Since I had a curfew to return home, I continued down the mountain.  I picked up my snowshoes, but didn't put them on.  I didn't find the trail we had made on the way up, so I post-holed miserably for quite some time before making it back to the road.  I finally returned to my vehicle after 6 hours and 25 minutes.

It was good to hike with other SummitPost.com members.  I would have liked to stay out and socialize with them after the climb, but the only way I was even able to attend was if I was back at a reasonable time.  I can't say how everyone's experience was, but I have to admit that Mount Bross worked me over.  I was pretty tired at the end of the day.  It was nice to get another winter 14er even though I had been on top of this one before. 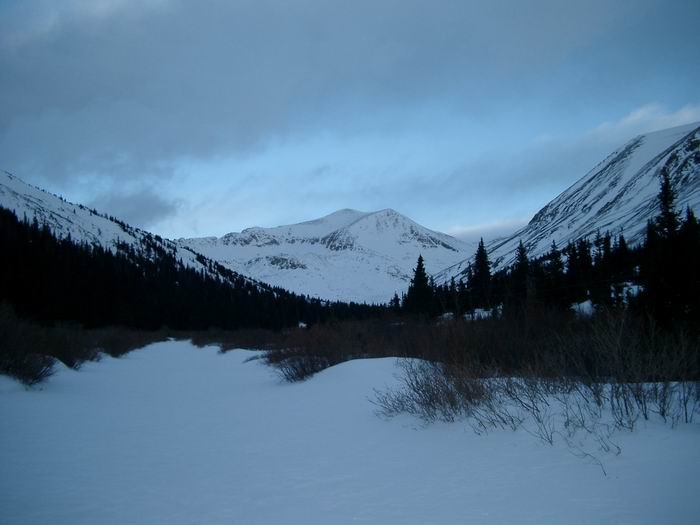 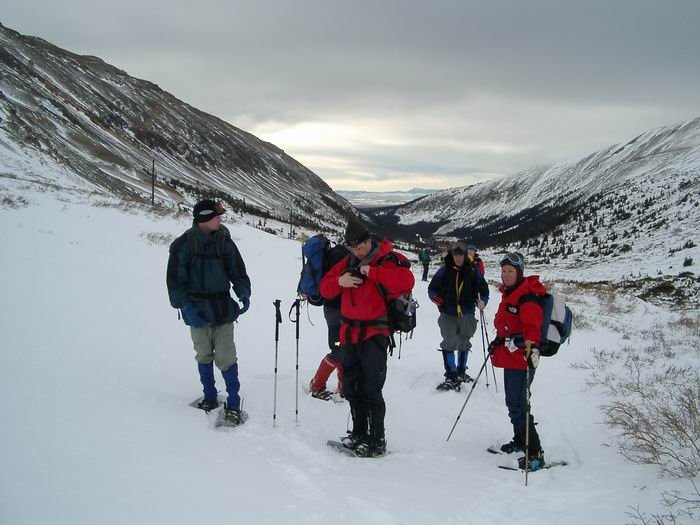 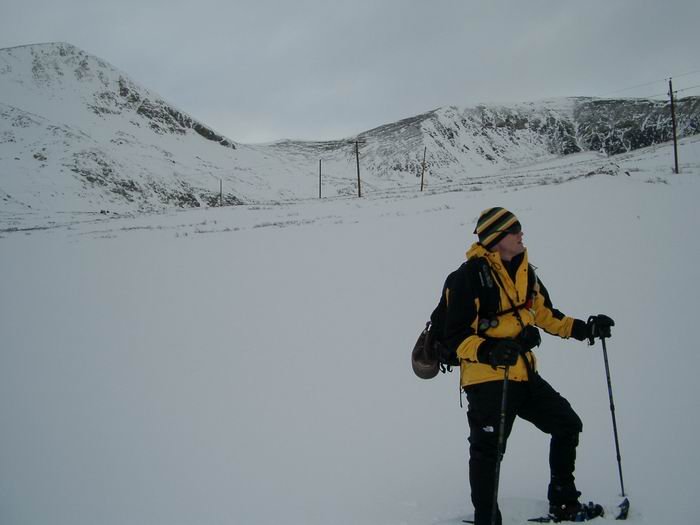 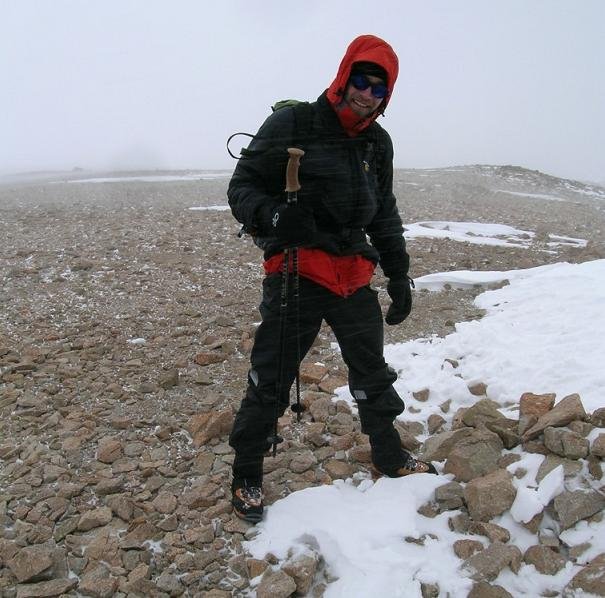 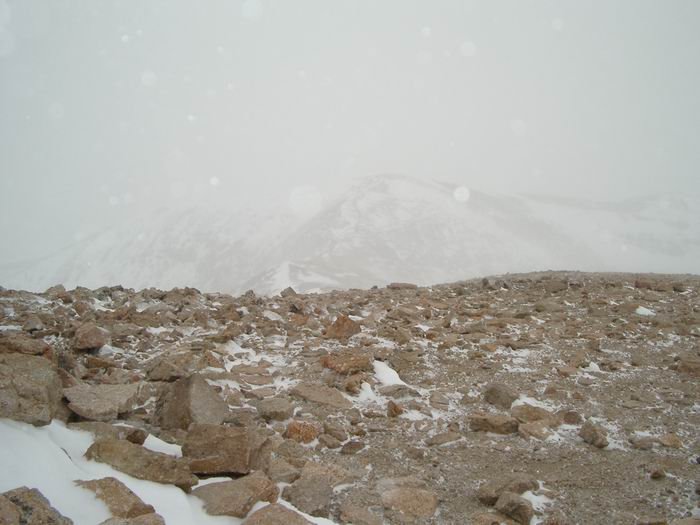 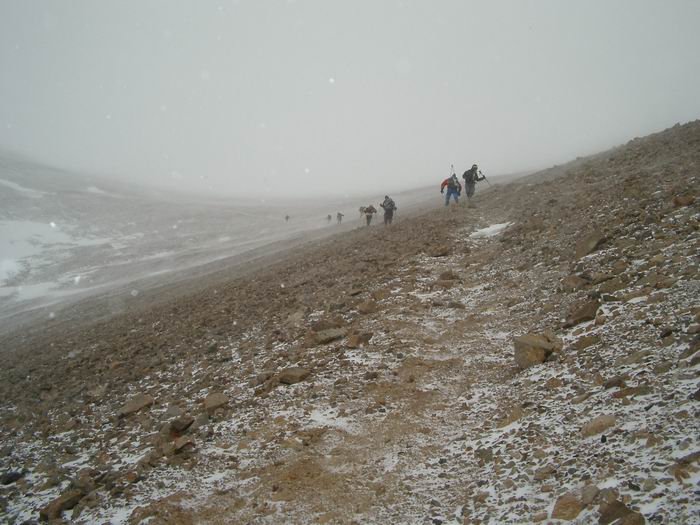 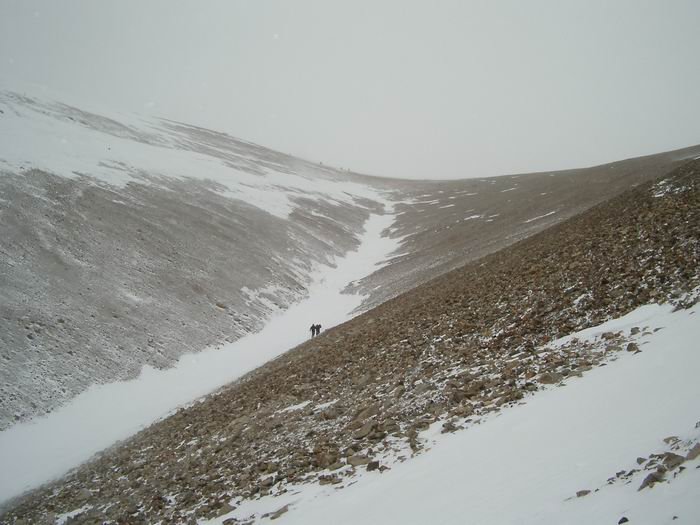 Hikers in the distance. 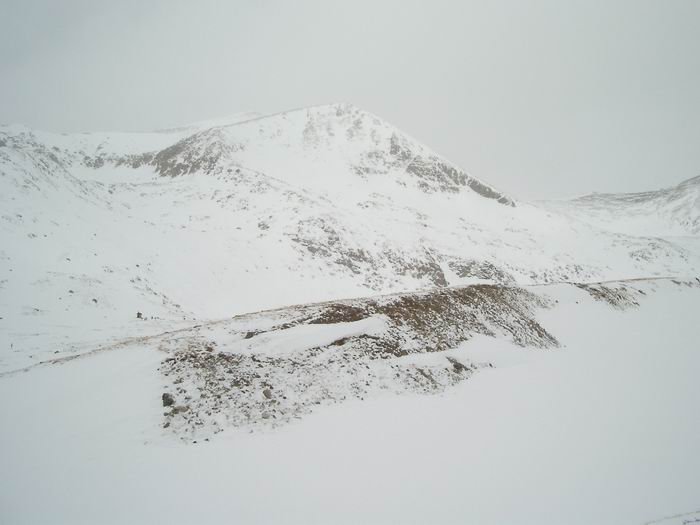 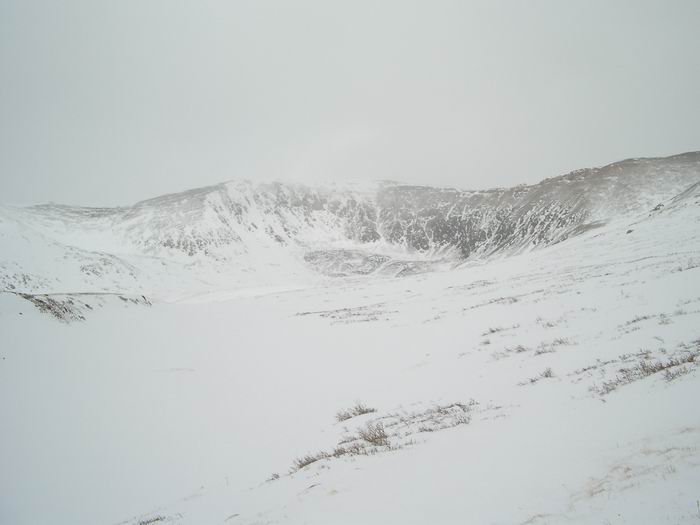 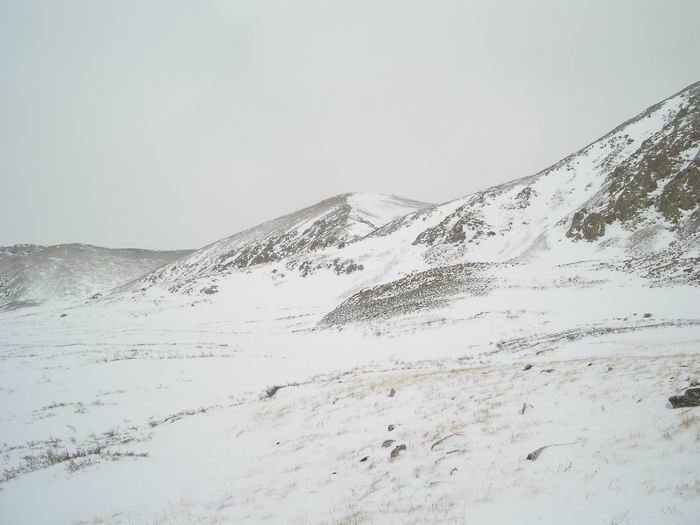 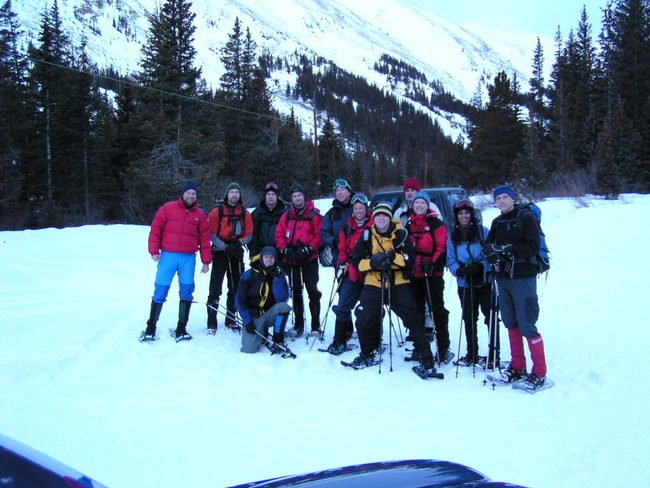