After a quick night's sleep, Aaron and I were on our way to Twin Lakes the following morning to attempt Sunlight Peak and Windom Peak.  Despite starting the morning with blue skies, clouds quickly began to build to the west as early as 8:30 am.  As a result, I decided that we should climb Sunlight Peak first to get the harder peak out of the way before any weather moved in.  We made our way east to the upper basin at 13,000' between Sunlight Peak and Windom Peak and followed cairns to the saddle between Sunlight Peak and Sunlight Spire.  From the saddle, the scrambling was fun and we reached the summit after three hours of hiking.  I thought the climb to the summit block was exposed and required friction or smearing moves.

We descended Sunlight Peak and Aaron headed back to camp.  The weather was holding, so I traversed over to a shallow saddle between Windom Peak and Peak 18 at 13,400'.  It was here that I noticed Tom and Lyle making their way up to the same saddle from the basin.  When we all gained the saddle, we took a break and finished the last 600' up the west ridge of Windom Peak to the summit together.  I actually enjoyed the scramble to Windom Peak a lot and we had a fun time working our way up the ridge while enjoying the views of the surrounding area.  Unfortunately, the weather was deteriorating and immediately upon arrival at the summit we had to descend because of threatening clouds and thunder.

We reached the saddle safely and were pleased to have gotten off the ridge without any problems.  However, as soon as we got back to the upper basin it started to rain and sleet so we put rain gear on and descended to camp under gray skies and intermittent showers.  Back at base camp, we cooked up a late lunch, made water, rested, and prepared for the following day.  Aaron and I would be heading back into the basin towards Mount Eolus while Tom and Lyle had plans to hike up to Columbine Pass. 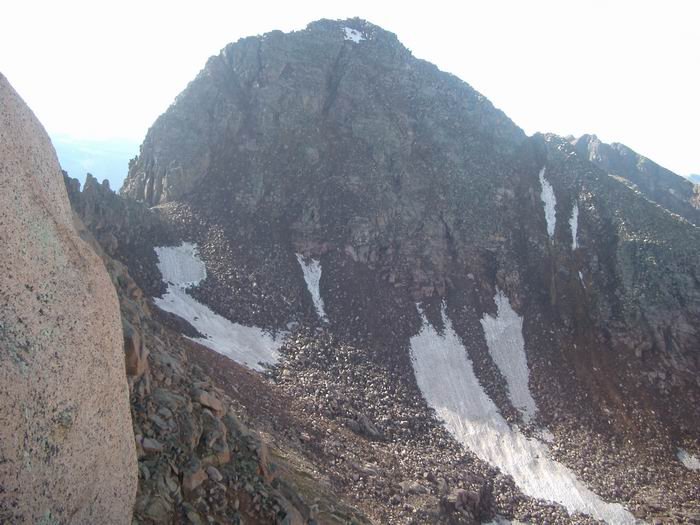 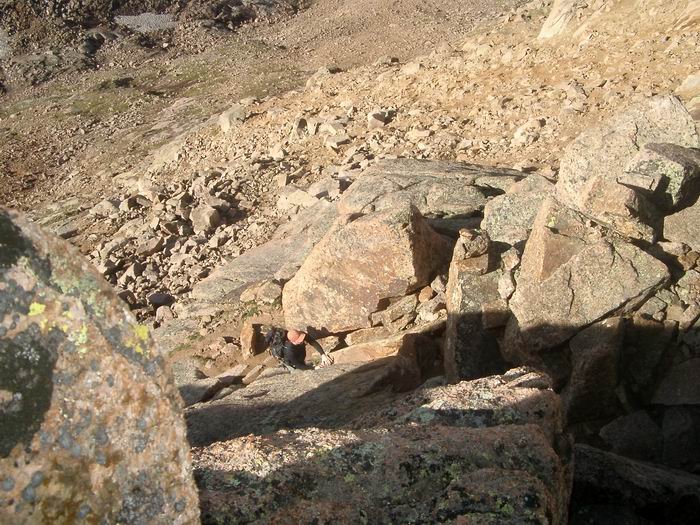 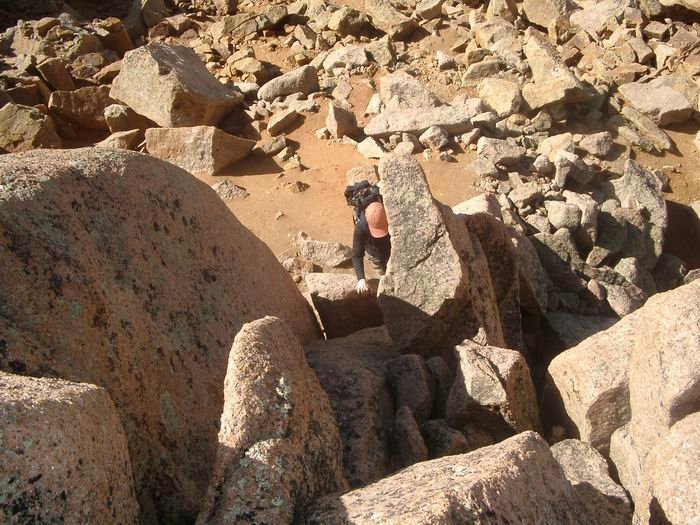 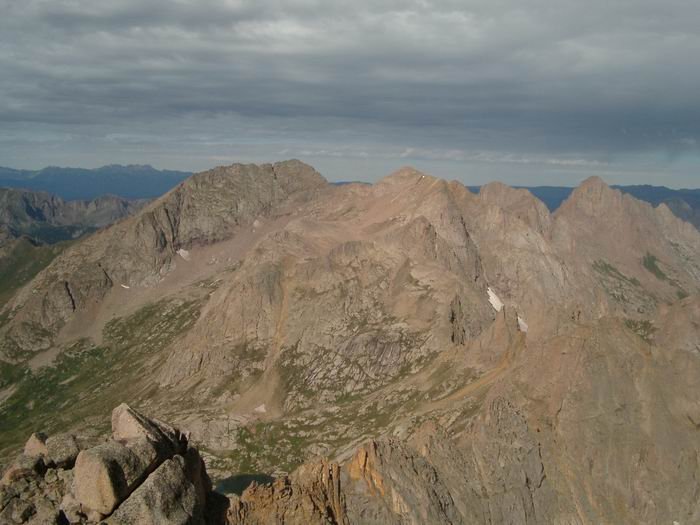 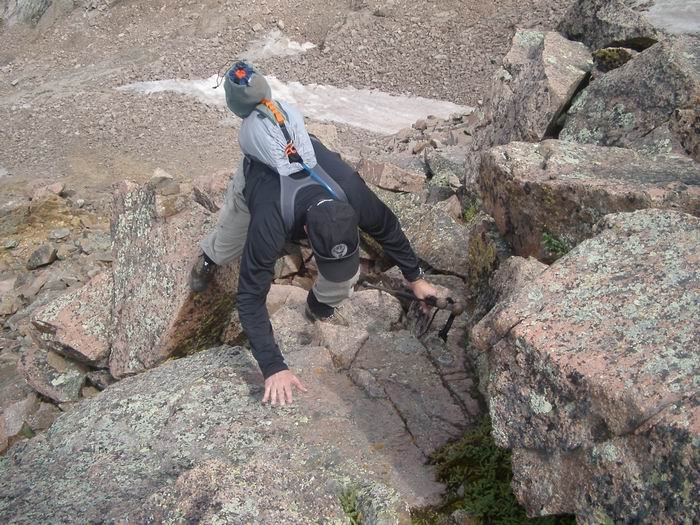 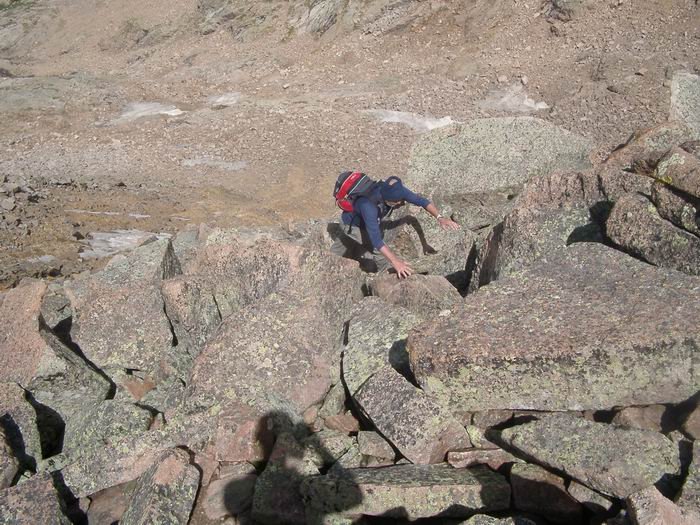 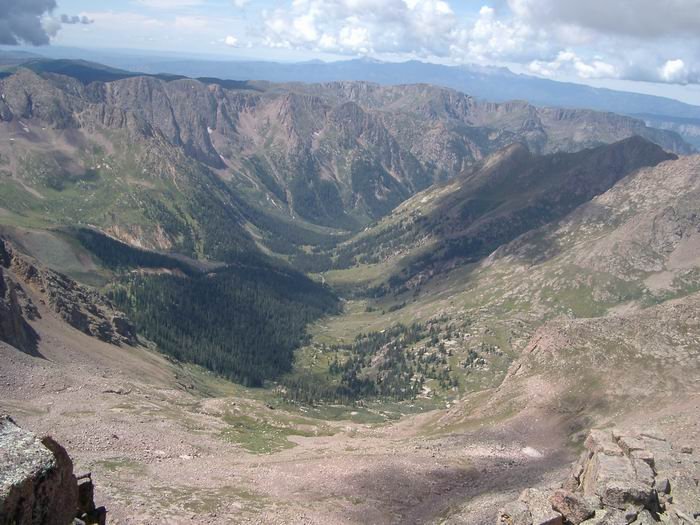 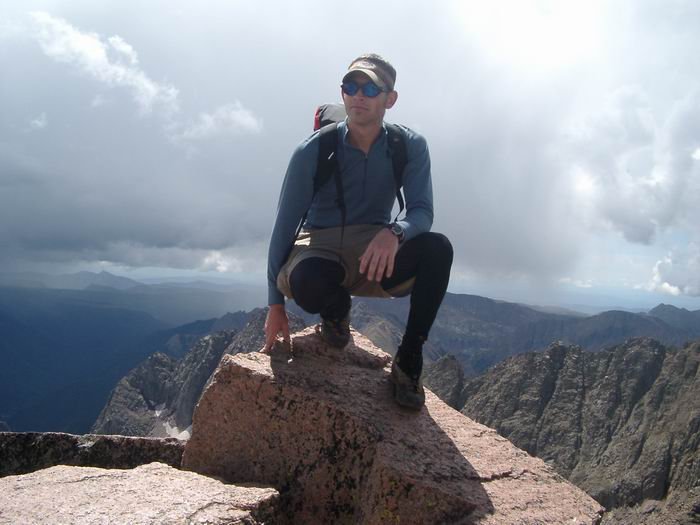 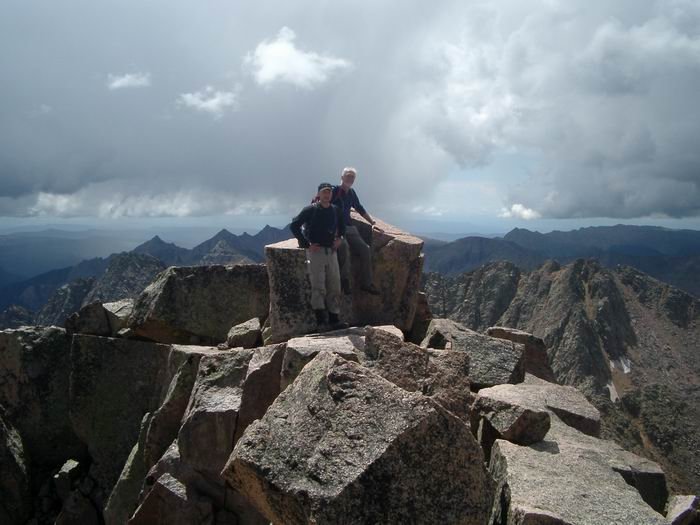 Lyle and Tom on the summit of Windom Peak. 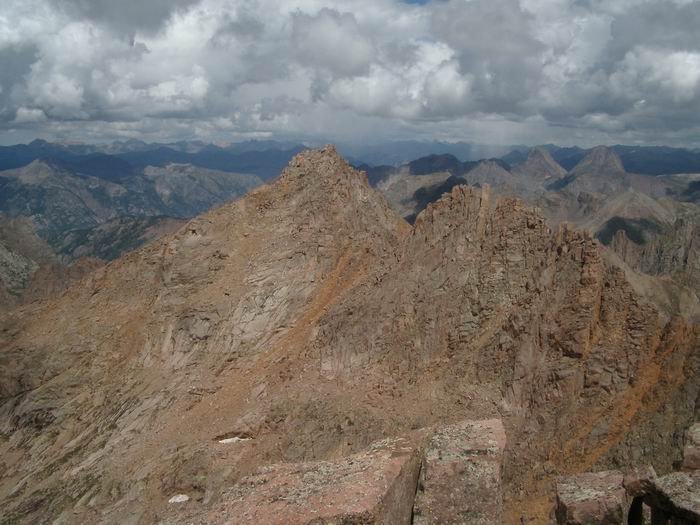 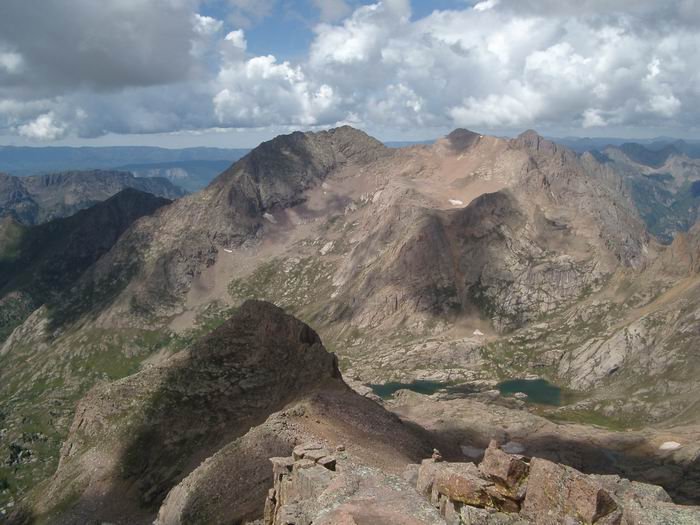 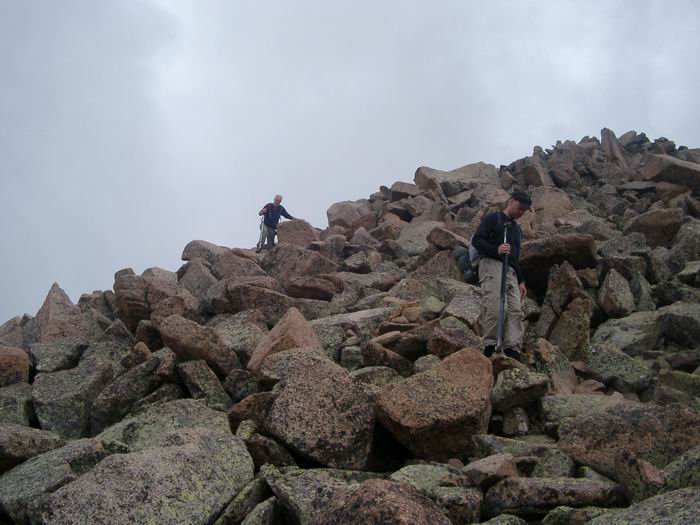 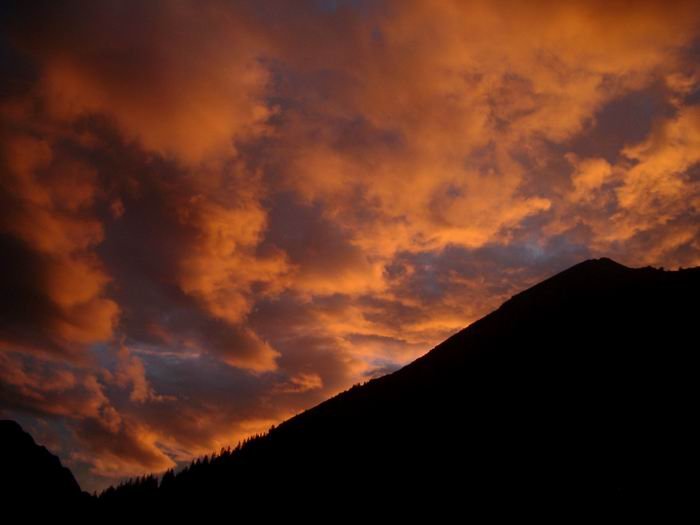