Brian and I wanted to attempt something a bit more technical than we had climbed in the past, so we decided to try the north face of Longs Peak.  Sara was a late addition to the climb after calling Brian looking for something to do.  With a liberal 5.4 rating and only two short technical pitches, we felt it was well within our abilities.  Although I was somewhat nervous about the climb, Brian was cooler than the other side of the pillow.  After climbing Pyramid Peak and the Maroon Bells with Sara, I don't think she gets shaken up by too much.

I was up shortly after 1:00 and picked Brian and Sara up at 2:00.  We arrived at the Longs Peak Trailhead to a packed parking lot.  Sara left approximately five minutes before us suspecting we would catch her shortly down the trail.  Brian and I headed off at 4:00 and didn't see Sara again until we got to the Boulder Field where she was waiting for us.  The approach went quickly; however, a ranger warned us at Chasm Junction that two rescues were in progress and we should expect a helicopter.  We continued on to Granite Pass and sure enough, the helicopters arrived to evacuate someone with cerebral edema.  We aren't sure what happened near Chasm Lake.

After a short break in the Boulder Field, we proceeded to Chasm View and were awestruck by the incredible views of the Diamond.  We leisurely prepared for the climb as there were already climbers on the route.  Brian confidently took the sharp end of the rope and made short work of the first pitch.  Sara clipped into the rope with a figure eight on a bite about 20 feet from the end of the rope while I tied into the end.  As Brian belayed from above, we climbed to the belay ledge where there was barely room for the three of us.  Brian once again led the second pitch and before we knew it the technical climb was over.

We packed up the rope and finished the scramble to the summit in 30 minutes.  Despite having to wait approximately 30 minutes at the bottom of the technical section of the climb, we made the summit in 5 hours and 45 minutes.  We hung out on the summit for 45 minutes with several other people.  We soaked up some rays, took a few photos, and fueled up before deciding to descend.  We enjoyed our time on the summit despite having a lady throw up on the rocks next to us.  The three of us essentially wore the same clothes for the climb, which included trail running shoes, tights, shorts, and a base layer to.  Our packs were fairly light.

The scramble back down to the top of the climb took about 15 minutes where we had to wait another 30 minutes for our turn to rappel.  At this point, another helicopter buzzed the summit.  Apparently someone fell 60 feet off the narrows on the Keyhole Route and also needed to be rescued.  Since we only had one rope, we had to do two rappels which wasn't that big of a deal with the eyebolts still remaining from the old Cables Route.

Once down at the Boulder Field, we hiked and trail ran back to the trailhead for a round trip time of 10 hours and 10 minutes.  Overall, it was a great climb and experience.  I was a little surprised that the technical sections weren't a little longer, but it was a great introduction to alpine rock climbing.  We stopped in Boulder, Colorado, for a late lunch and a couple of beers. 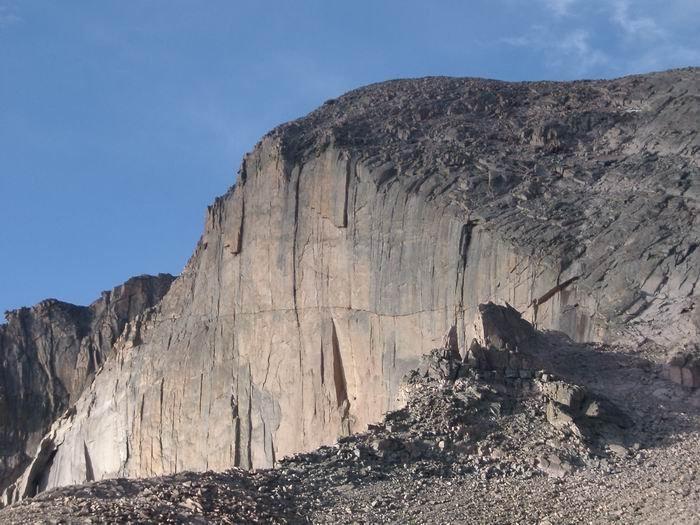 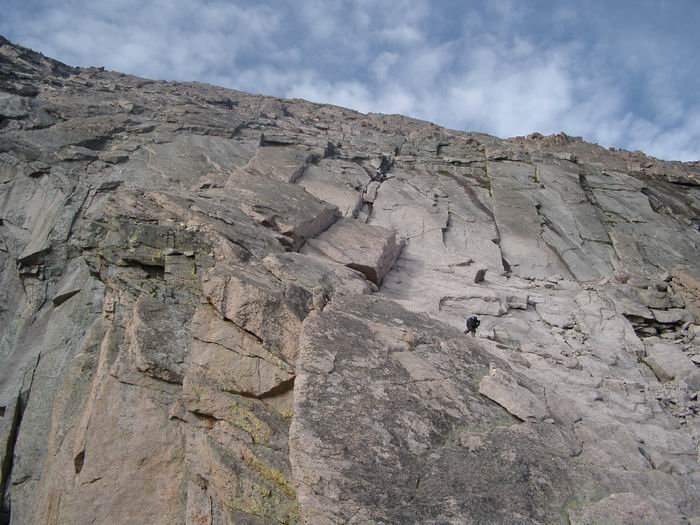 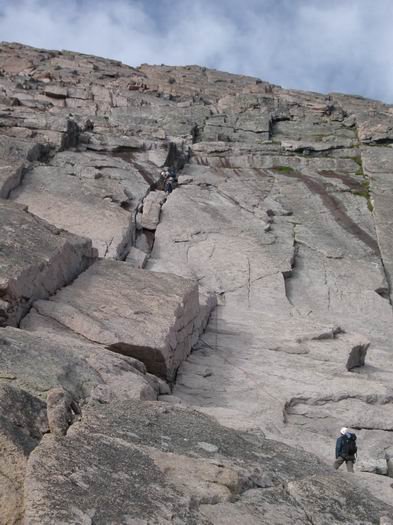 Party of climbers above us. 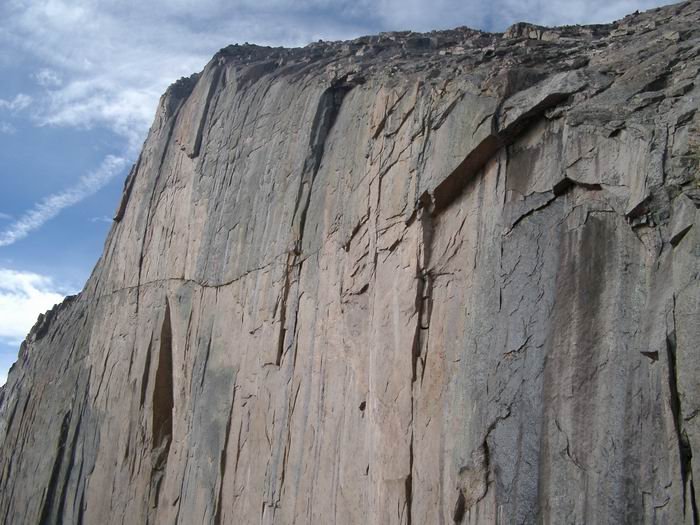 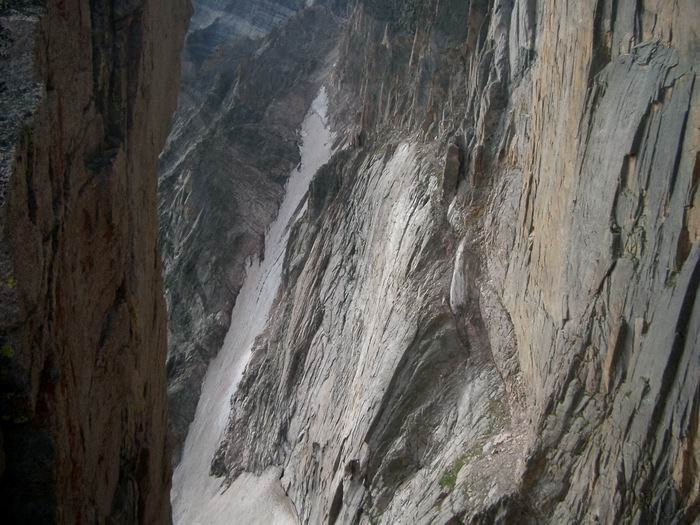 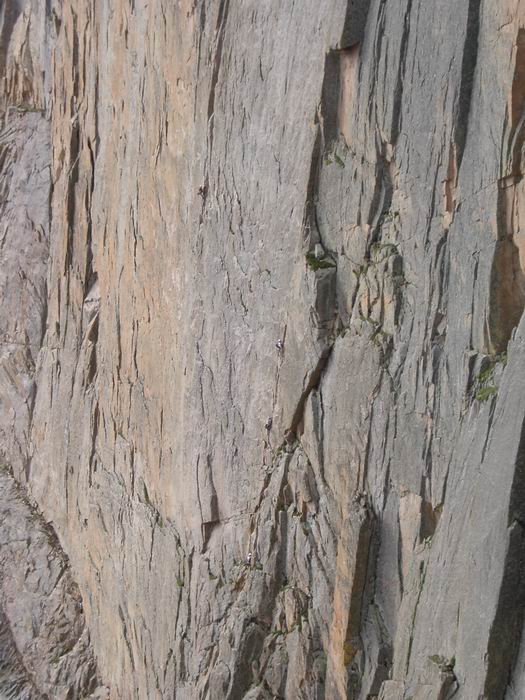 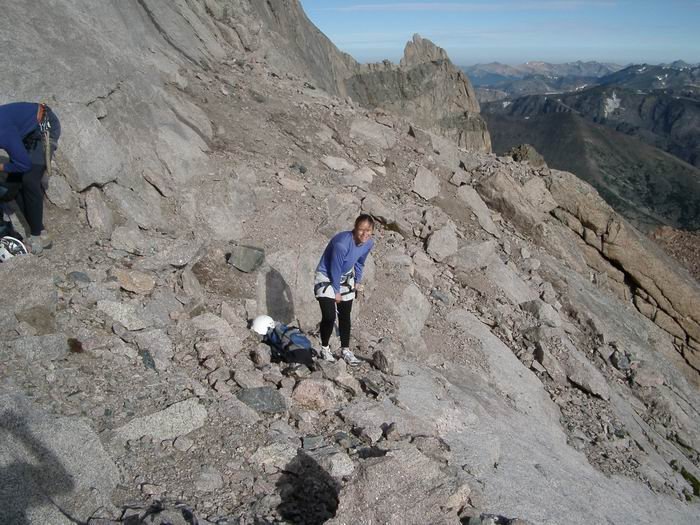 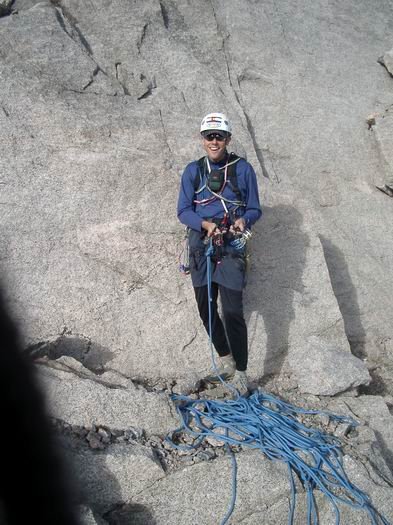 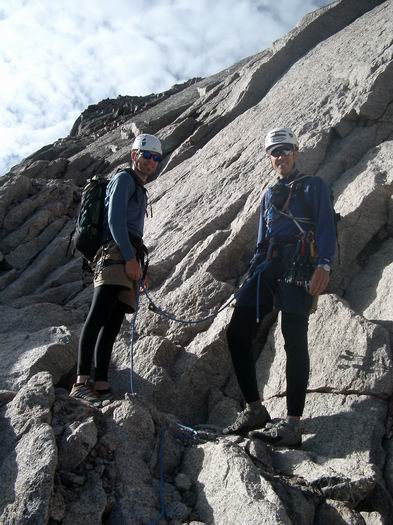 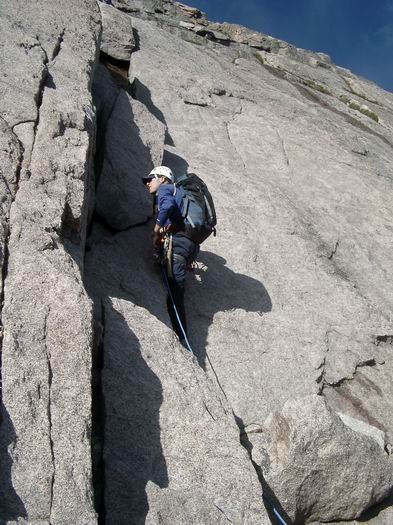 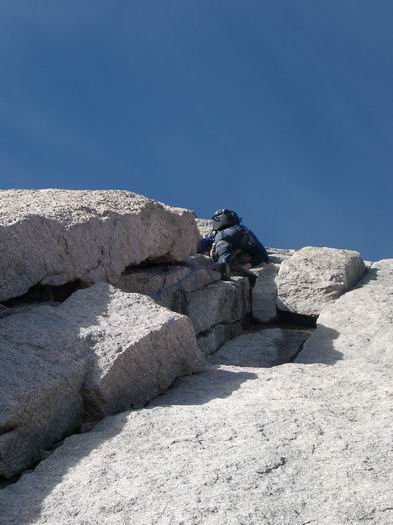 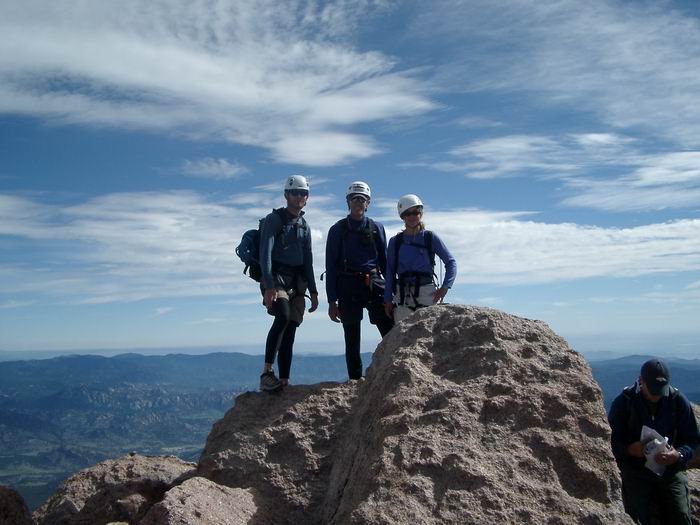 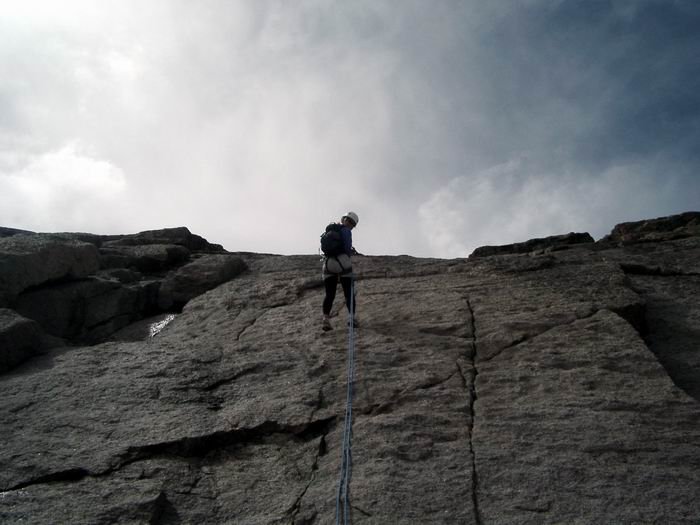 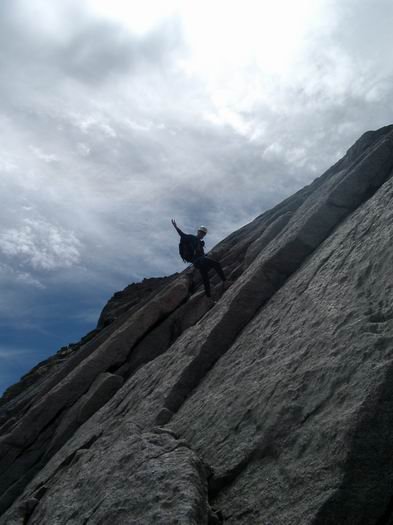 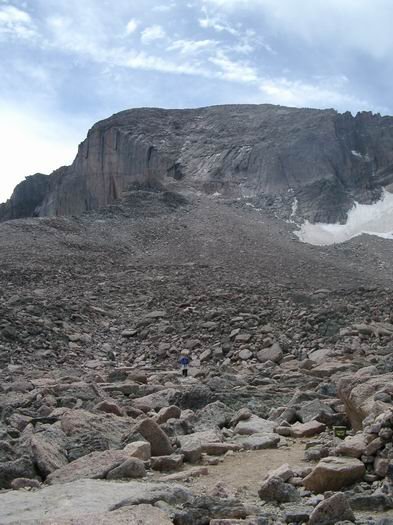