Aaron and I picked a fairly strenuous hike for for this trip.  We had originally hoped to do a snow climb, but snowfall in recent weeks and reports of current conditions indicated that things had not set up quite yet.  There is still a significant amount of sluffing occurring, so we decided to play it safe.  I'm fairly certain that within the next week, the snow will be perfect for couloir climbs.  Mount Belford denied me last November because of extremely cold temperatures, so we decided to head back to the Missouri Gulch Trailhead and try again.  Aaron had not done Oxford yet, so we new it was going to be a big day to get them both.

We left Denver, Colorado, at 4:00 and were hiking by 7:00.  We utilized the standard west slopes route to Mount Belford and then traversed the west ridge of Mount Oxford.  The trail was about 70 percent open, but we experienced significant post-holing in the areas that were snow covered.  I hiked in shorts and a base layer most of the day adding a layer above 13,000' because of a slight breeze that chilled me.  Once above the old disheveled cabin, we traversed above the trail on the east side of the basin to avoid the snow.  We picked up the trail again at the base of the west slopes of Mount Belford before it steepened.  The trail was in generally good conditions, but was muddy in several sections.  It ended up being a 10 hour day. 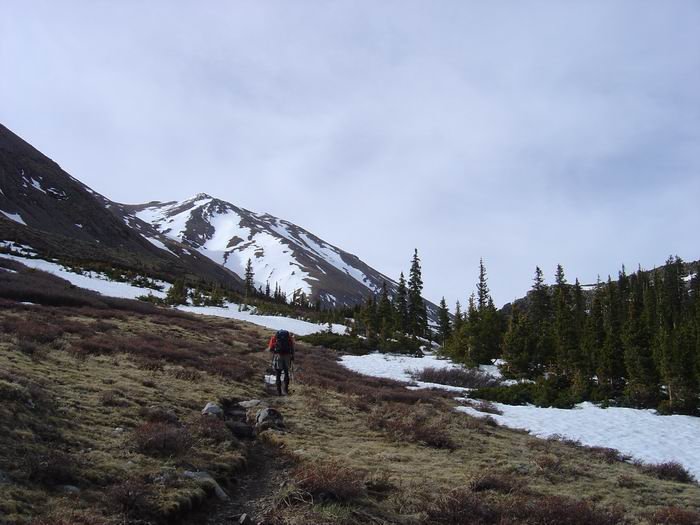 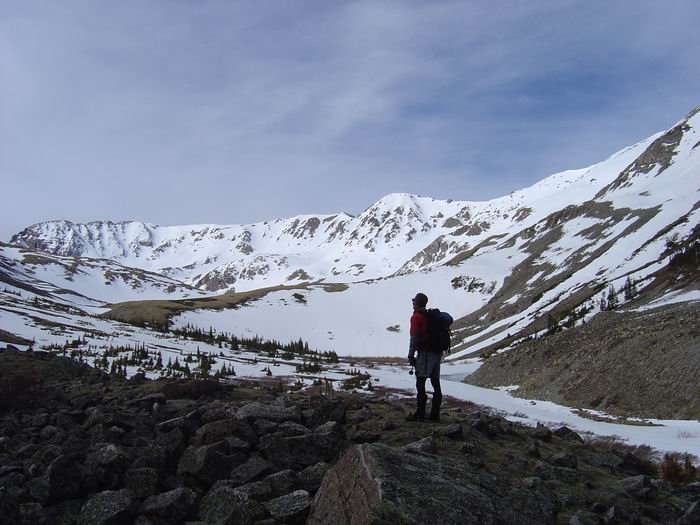 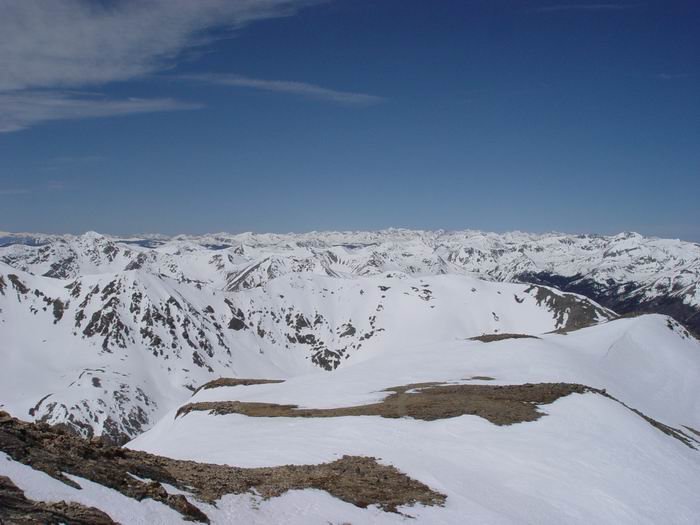 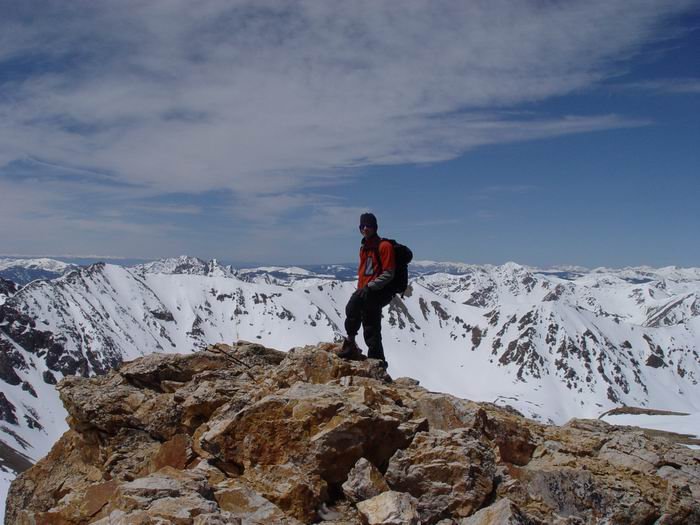 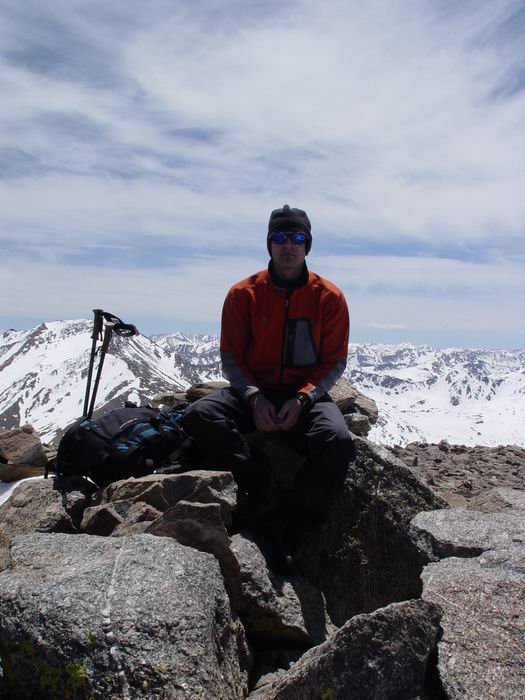 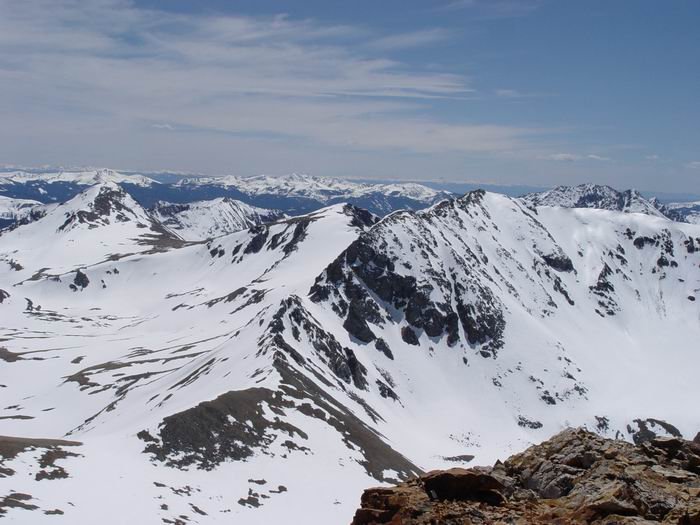 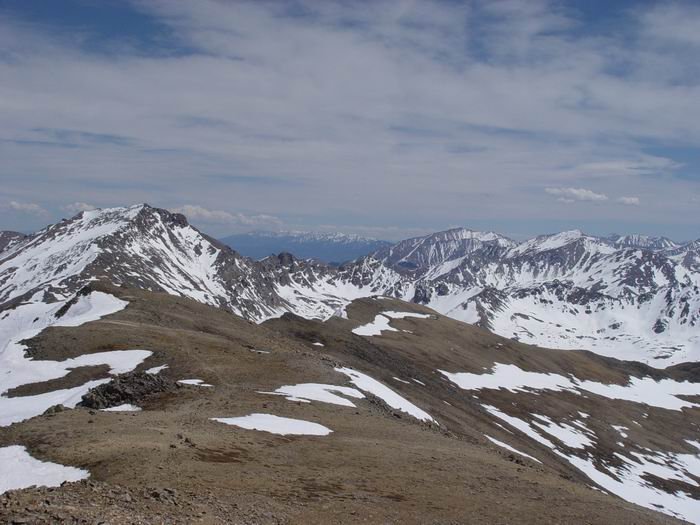 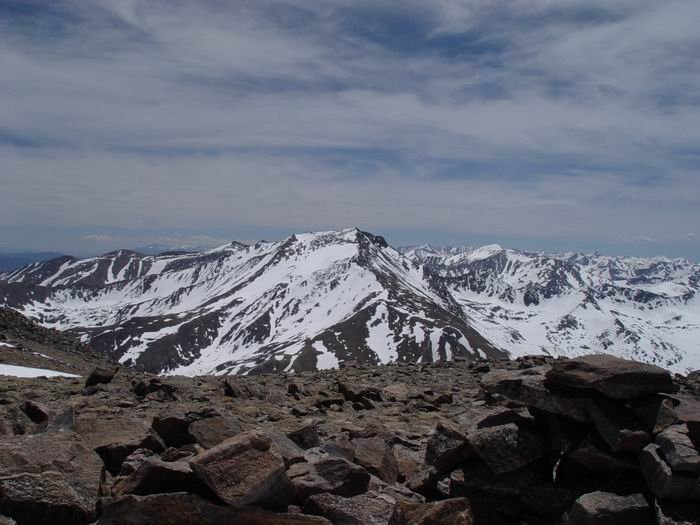