This was the first time I hiked Longs Peak and used the standard Keyhole Route.  I was up at 1:00, on the road at 1:20, and hiking by 3:15.  I only have two Front Range 14ers left, so I thought I'd make an attempt on Longs Peak.  I assumed I would be better off getting less quality sleep at home rather than more fitful sleep in a vehicle.  The parking lot at the trailhead wasn't full at all, and I only ran into approximately 30 hikers throughout the day with only 12 to 14 of them above the Keyhole.  I even had the summit to myself for almost a half an hour, which is a rare occurrence on Longs Peak.

I took the standard trail 2.5 miles to a junction.  I decided to hang a right and take the Jim's Grove Trail rather than the East Longs Peak Trail because it is more direct.  Although the grove is closed to camping, the route is open and was easy to follow.  It was still dark by the time I hit Granite Pass to the southwest of Battle Mountain, but the trail remains obvious all the way through the Boulder Field.  My arrival at the Keyhole coincided with the sunrise which worked out well.  I took a slightly longer break in the stone building near the Keyhole while caching my trekking poles and a quart of water.

Route-finding is all but eliminated from the Keyhole to Longs Peak with large bulls-eyes pointing the way to the summit.  You traverse to the base of the Trough, ascend the couloir, continue on the Narrows, and then climb the Homestretch to the top.  It is a fun climb that took me an hour.  As previously mentioned, I had the summit to myself with the exception of two climbers who left shortly after my arrival.  It was cold and windy, but I found a calm area to enjoy the views, drink, eat, and take some photos.

Since I had made descent time and the weather was holding, I decided to try and climb Pagoda Mountain too.  I descended the Homestretch, and before continuing across the Narrows, I dropped off the standard route to begin the traverse to the Longs Peak/Pagoda Mountain saddle.  I left the marked trail at the wooden sign bolted to a rock that points one way to the summit and the other to the Keyhole.  As I lost elevation and traversed southwest, it appeared as though it wouldn't be long before I would be climbing Pagoda Peak's north ridge.  However, just as I passed below the east side of the Keyboard of the Winds, I cliffed out.  Apparently, I hadn't descended enough when I left the standard trail to avoid the pesky cliff band referred to in the guide book.

At this point, I was definitely off route.  Frustrated by my error, I decided to ascend directly back to the Keyhole Route, which ended up being more difficult than it looked.  At first it was simple class 2 and 3 scrambling, but as I got closer to the Narrows, the climbing increased significantly as I struggled up class 4 and low class 5 rock.  Although the slabs provided narrow ledges to climb on, the holds were limited and the exposure increased.  I even ended up carefully down climbing one section after getting hung up with no where to continue.  As a party of two passed by above me on the Keyhole Route, they were very close.  I didn't feel like giving up and backtracking any more, so I studied and climbed a couple of ledges and cracks a bit farther to the east before finally making it back to the Keyhole Route at 13,900'.  Although I was disappointed by not making it to Pagoda Mountain, it was cool to see the Keyboards close up and get some more difficult climbing in.

I made it back down the Trough Couloir and traversed over to the Keyhole.  Back at the stone building I organized my gear, picked up my cache, and rested.  My layers had changed significantly throughout the day and my backpack was a mess.  While I finished my second quart of water for the day, I looked at Storm Peak and thought it would be a good consolation for having failed on Pagoda Mountain.  I shouldered my pack and began up the south ridge of Storm.  My strength was fading and my breaks were increasing in length.  I reached Storm Peak, signed the summit register, and took some photos of Mount Lady Washington and Longs Peak.

I watched a few hikers work through the Boulder Field like ants.  I could easily make out the rock shelters built for tents and the toilets located in close proximity.  I dropped directly off the east side of Storm Peak and worked my way back to the trail in the center of the Boulder Field.  I don't know if I was punishing myself for my blunder earlier in the day, but I decided to go up and over Mount Lady Washington too.  The mountain allowed for a quick retreat if weather moved in, and although I knew it would take a while, I had plenty of time to spare.

The fact that Mount Lady Washington consists of large solid rock assisted in climbing.  I didn't have to contend with any loose talus or scree on the west or east side of the mountain.  In hindsight, I am extremely happy with my decision to go up to Mount Lady Washington.  The view of Longs Peak enormous north face is impressive.  I would highly recommend climbing the peak for this reason alone.  I took a few photos and then struggled down the east side of the mountain because of fatigue picked up the standard Longs Peak Trail.  Once back at the trail, I took a short break only to strip down to my shorts and grab some food for the hike out.  I made good time back to the trailhead and prepared to fight my way through traffic on the Friday of Labor Day weekend.  My total trail time was 12 hours. 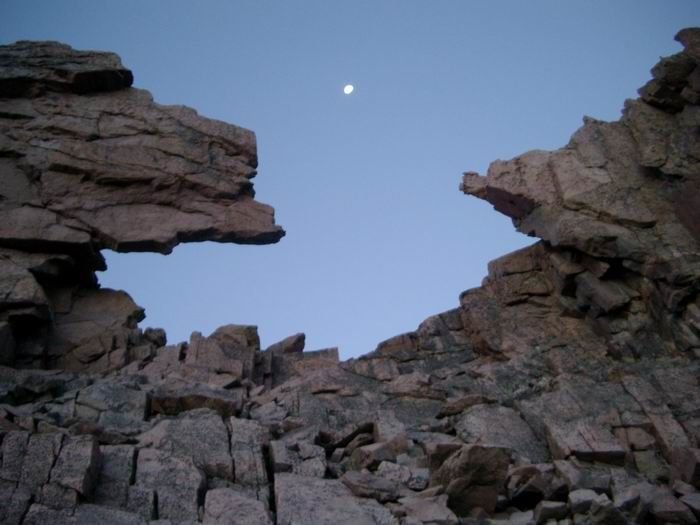 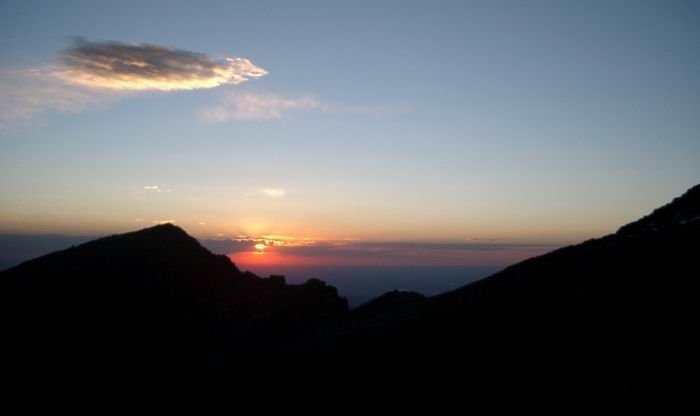 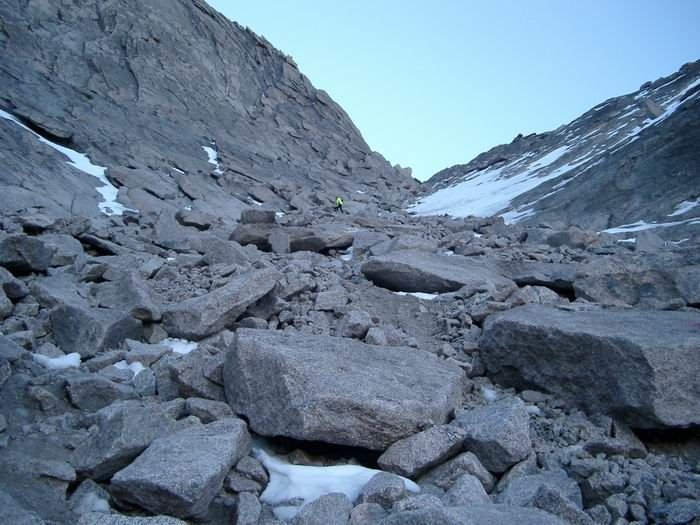 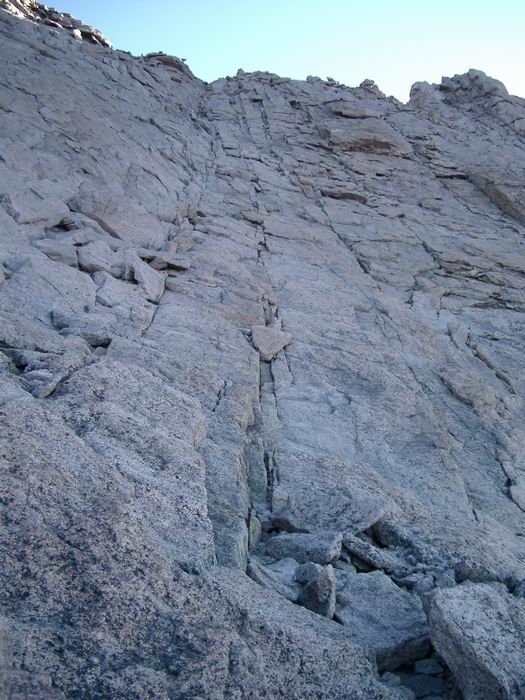 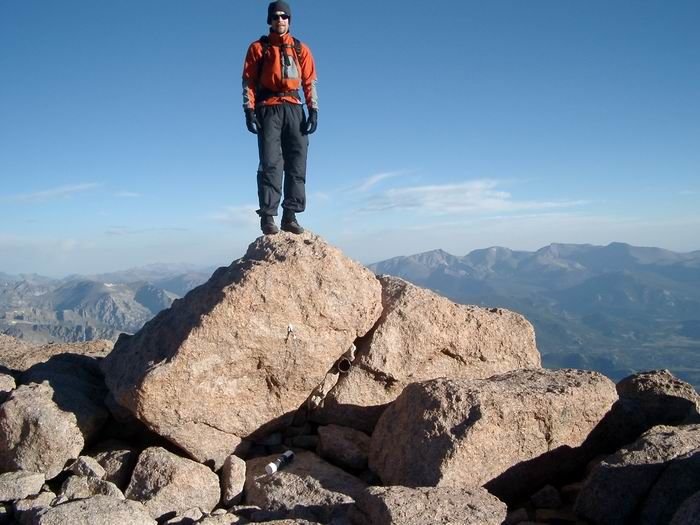 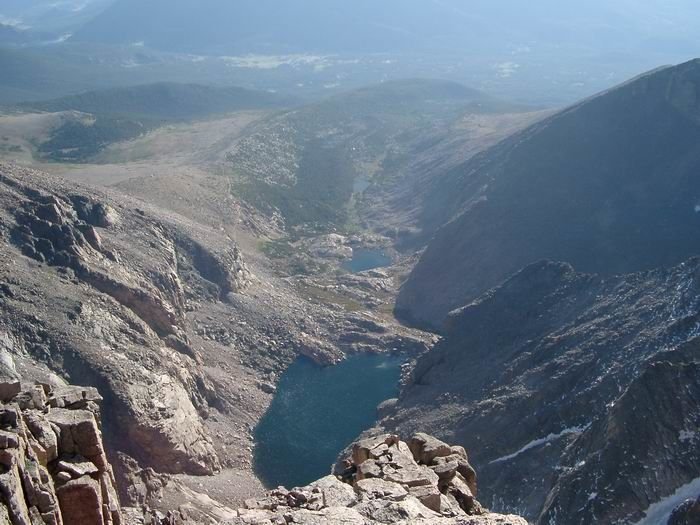 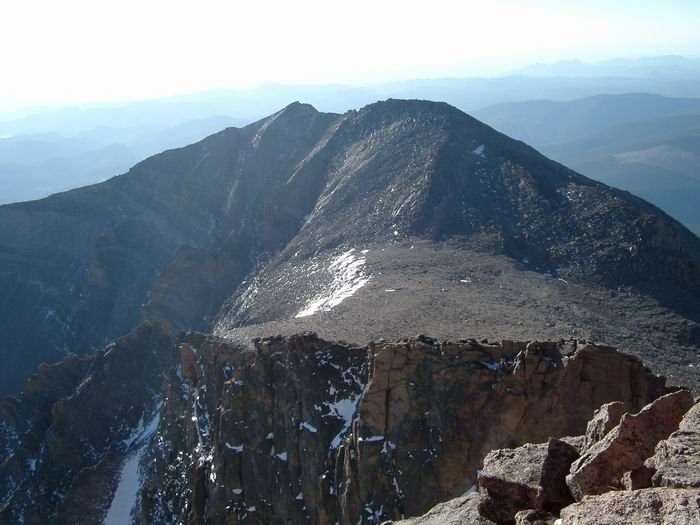 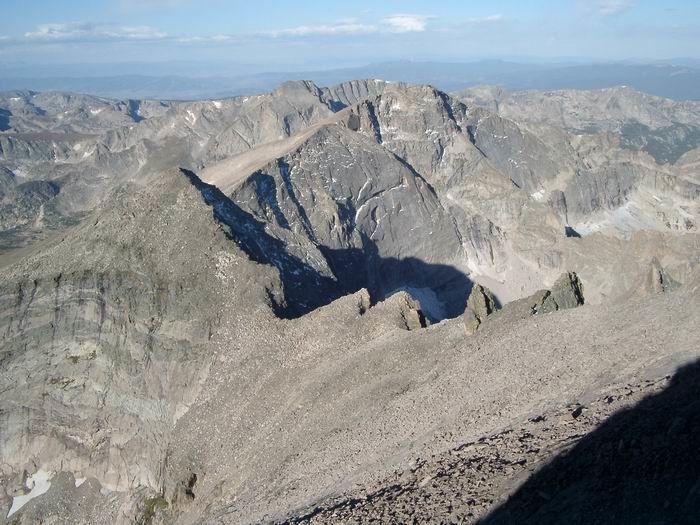 Pagoda Mountain/Keyboard of the Winds 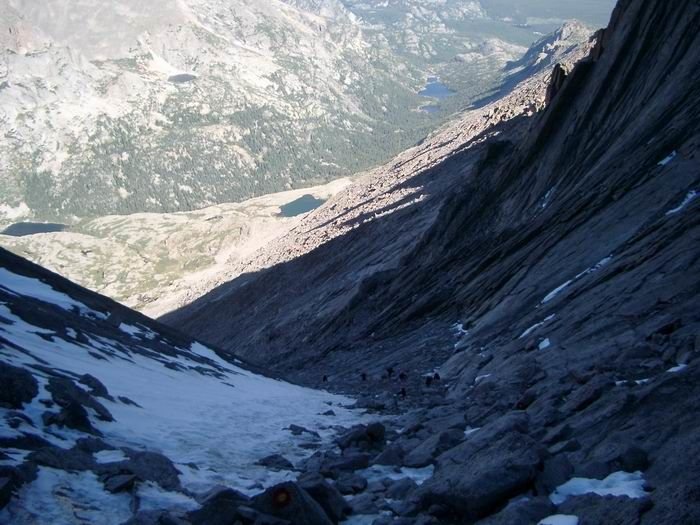 Looking down the Trough Couloir. 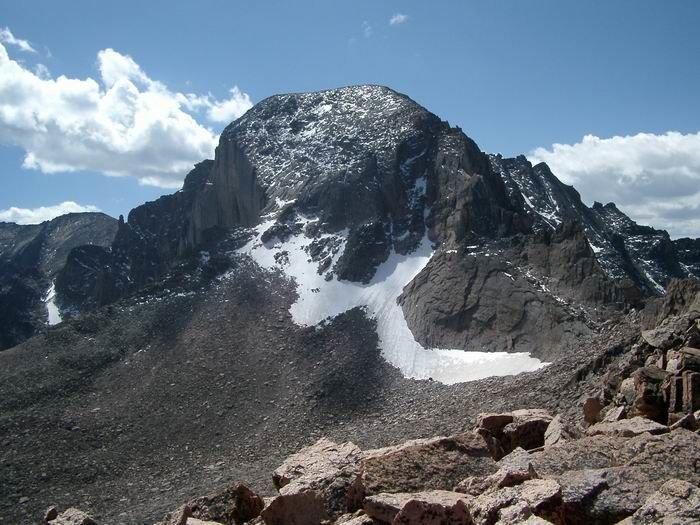 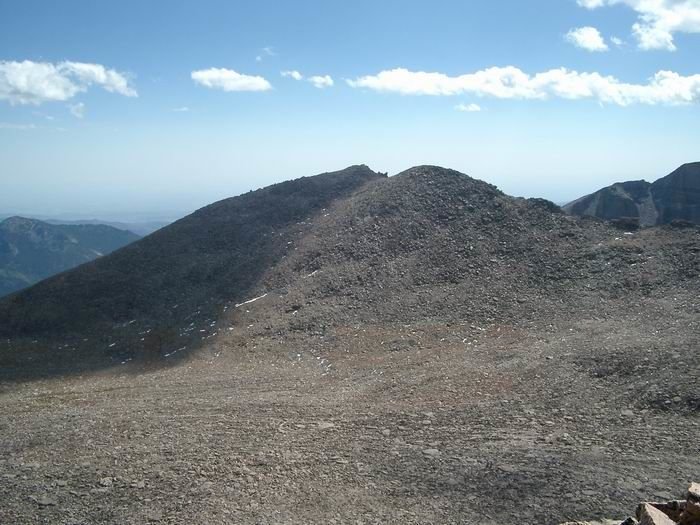 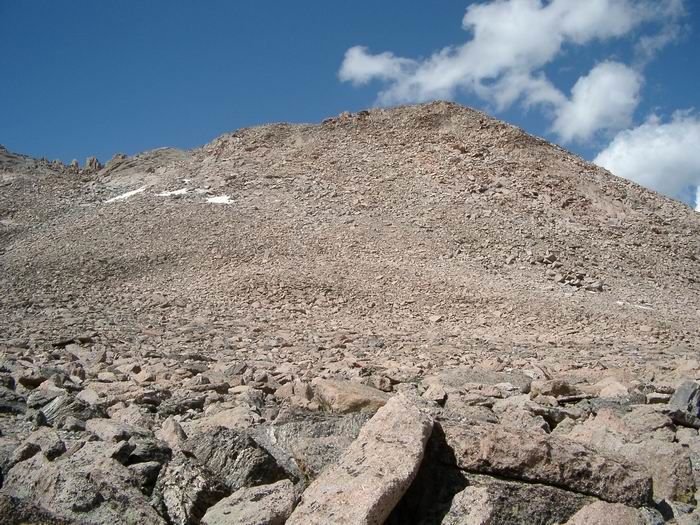 Storm Peak from the Boulder Field 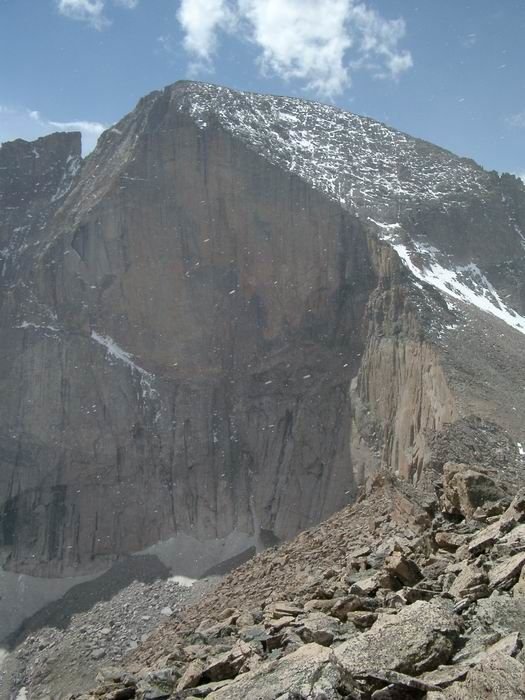