George and I had this trip planned for about a month with Mark and Matt being late additions to the climb.  Because of access issues in Silver Pick Basin, we had planned on an alternative approach that is supposed to avoid private land.  Once safely in the basin above the owners cabin, our route was then to be decided based on conditions.  We ended up ascending the standard west ridge and descending the west face; however, the hike didn't go off without a confrontation.

We started hiking at 3:45.  As we approached the land owners residence, we left the road and bushwhacked through some trees to the scree slopes above his house.  Surprisingly, we picked up a faint trail in the scree that led us to the mining road that we thought was public.  We hiked up the road after a short break thinking we were well above the land owners house.  Shortly afterward, we panicked after seeing lights behind us and scrambled above the road again.  This scramble placed us on the old Burro Trail which again we thought was public.  The lights ended up being other hikers, but we remained on this trail above the standard road.

After hiking a while, we had the option of staying on this trail for the west face route or tying into the Silver Pick Trail for the west ridge route.  Although a snow route appeared feasible on the west face, we opted for speed and headed up to Rock of Ages Saddle since we were more familiar with that area.  Instead of staying on the trail, we climbed a short snow field and rotten rock to gain the saddle.  The views of Wilson Peak and El Diente were great, while Navajo Basin was filled with climbers starting towards Rock of Ages.

We took another short break and then climbed to the saddle between Wilson Peak and Gladstone Peak.  From this point, we followed cairns and a climbers trail to the summit.  At the notch just below the summit, which I would also consider the crux, we viewed the west face more closely.  After summiting and taking a short break, we decided to descend the west face.  With the exception of a hundred feet of rotten rock at the top of the notch, the snow descent was moderate.  I was slightly disappointed that we hadn't climbed this route after descending it.  At the bottom of the snow, we geared down and picked up the Burro Trail.  The trail was easy to follow; however, it deposited us on the road right at the landowners house.

We reviewed the map and were convinced we had remained off his property so we simply started hiking down with full intentions of picking up the scree trail we were on earlier in the morning.  We almost got past the the house when the four-wheeler fired up and a young man caught up to us.  He initially talked to Mark and appeared rather upset about us trespassing.  We discussed our hike and explained that we used the west face route which we thought avoided any private property.  He had obviously seen the map we showed him several times and indicated to us that it is wrong and we crossed his property even using this route.

Tensions eased as he began to explain their reasons for closing the route.  He also stated that for a $100 donation, anyone can climb through Silver Pick Basin on the old standard road route.  He was actually very nice and we apologized for the misunderstanding.  After our discussion, he even told us to hike out on the road.  The confrontation was something we had hoped to avoid, but we did learn more about the access.  Glad to have Wilson Peak done, we went back to the trailhead and had a beer.  My recommendation would be to either pay the $100 and be upfront with the land owner, or hike it from Navajo Basin where the odds of running into anyone is slim. 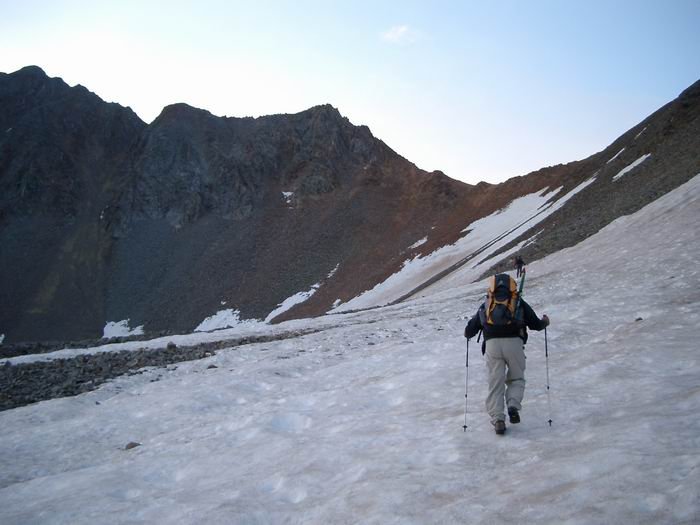 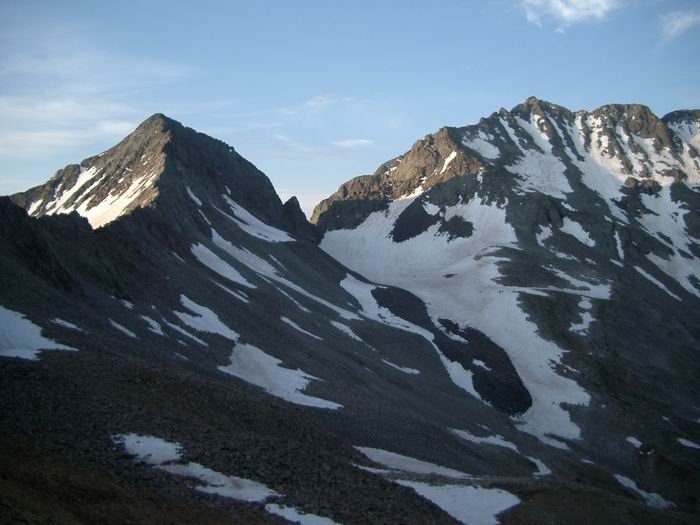 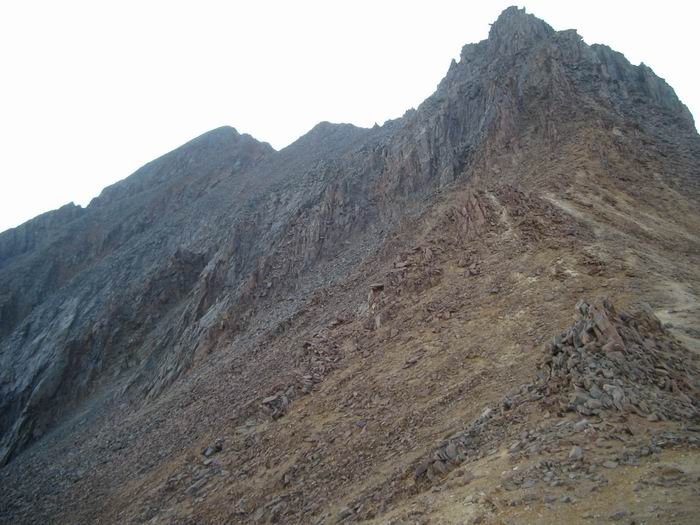 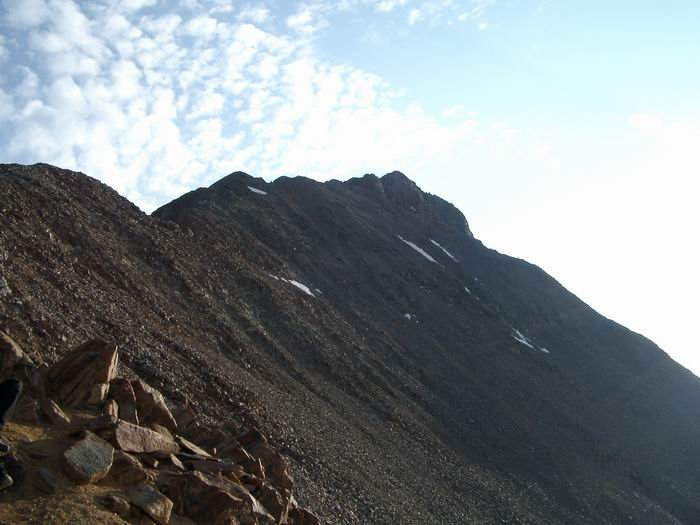 Wilson Peak from the Wilson/Gladstone Saddle 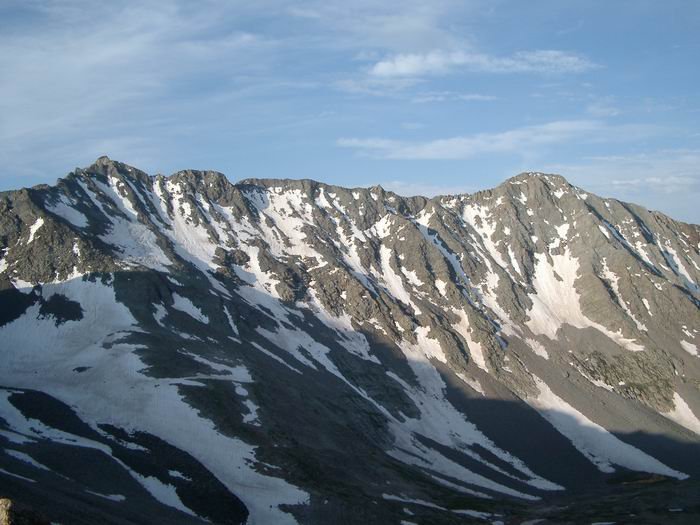 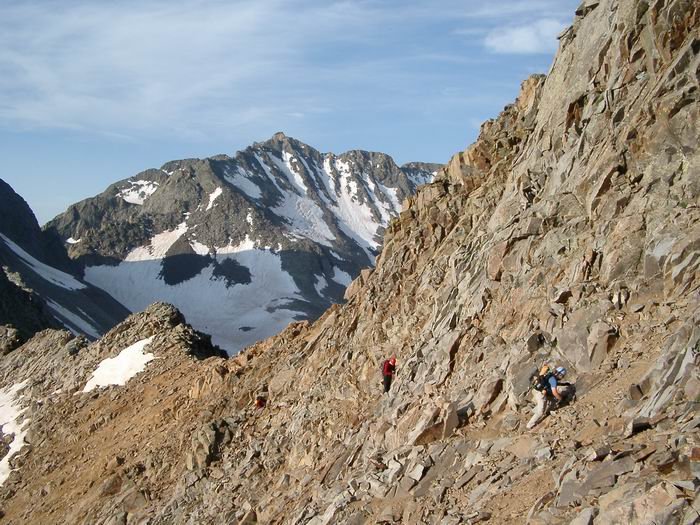 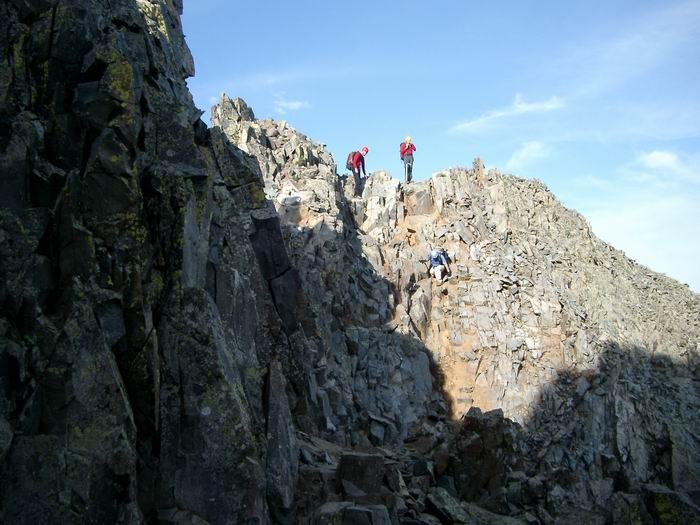 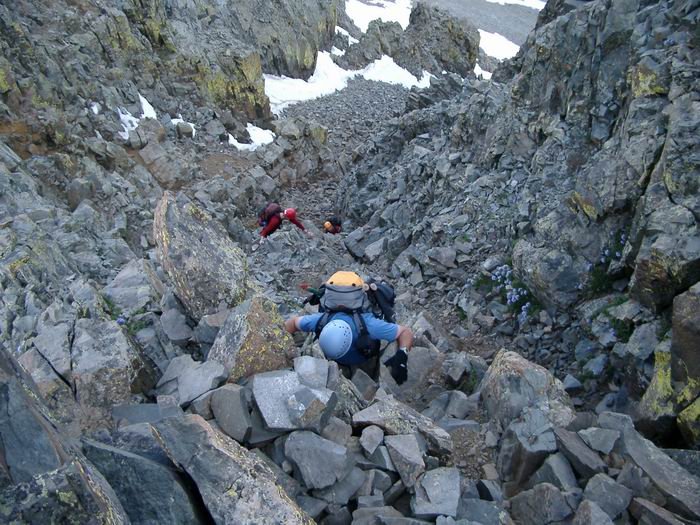 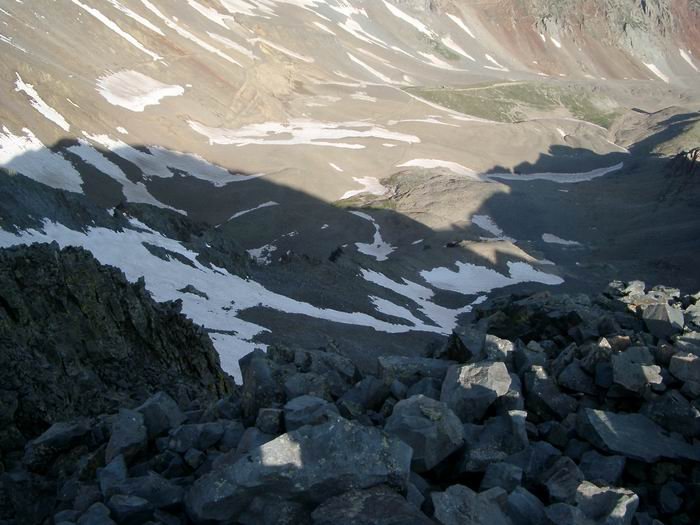 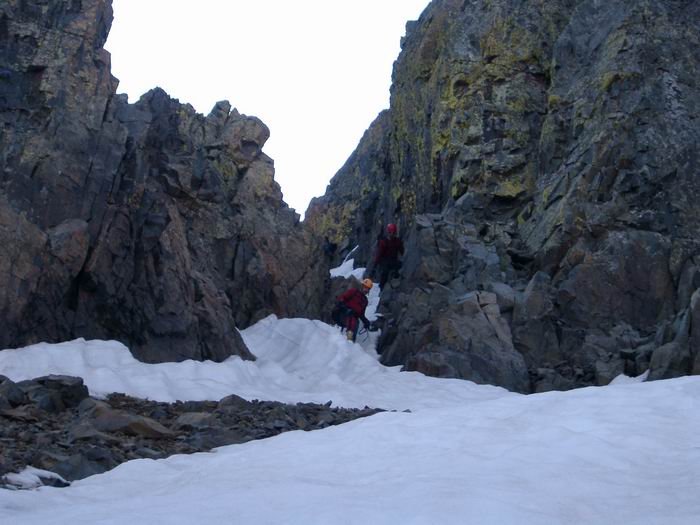 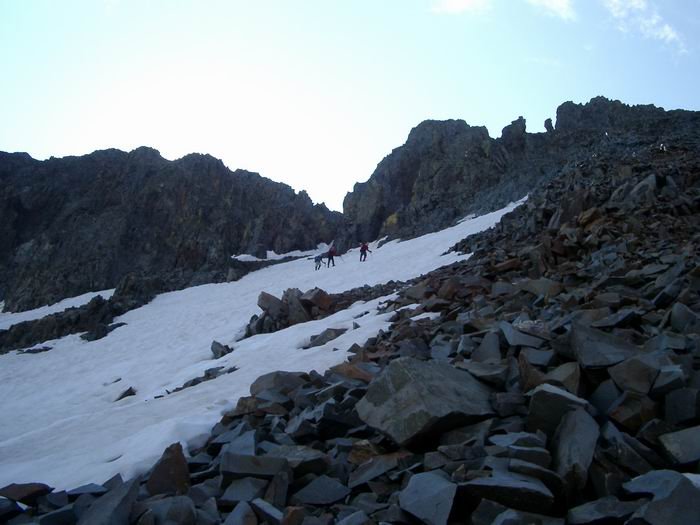 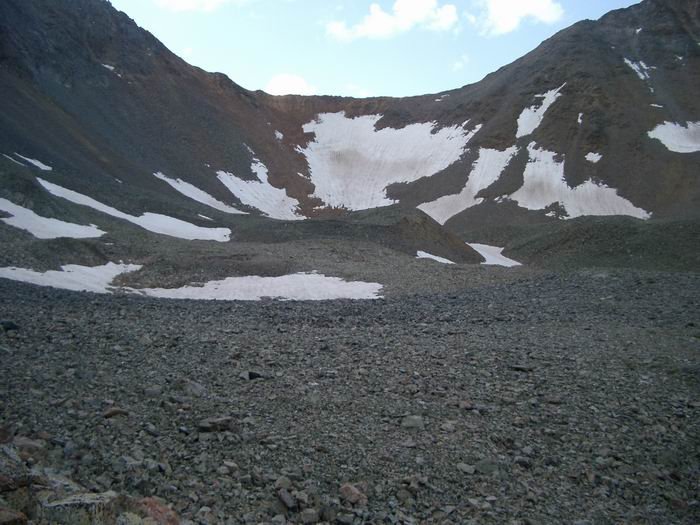 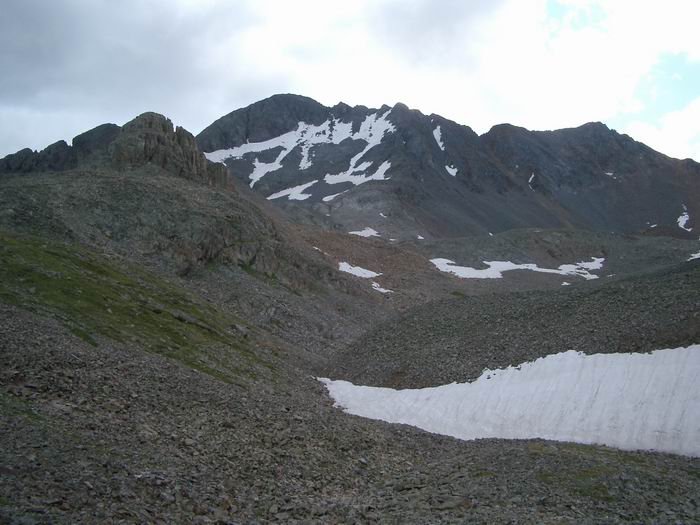 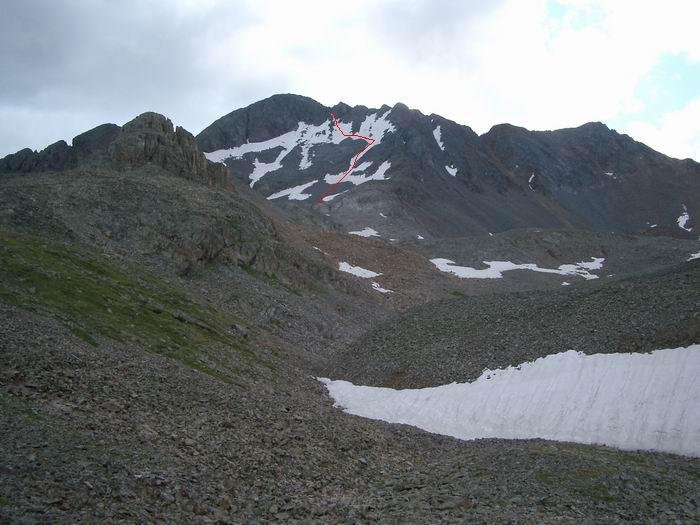