After setting up our final camp and eating more mashed potatoes, we visited for a while before going to bed.  The skies were clear all night and we woke promptly at 5:15.  The drive to the upper trailhead went quickly and we were surprised to see two-wheel-drive cars within 0.6 miles of the four-wheel-drive parking lot.  After almost ending up on the Matterhorn Creek trail, we traversed up the slopes to the correct route and took a break in the basin below Matterhorn Peak and Wetterhorn Peak.  As the sun was rising on the peaks, we noticed a large party of hikers crossing the saddle en route to Uncompaghre Peak.

As we crossed the basin, we noticed a herd of sheep grazing on the slopes of Matterhorn.  I had never seen anything like it before.  We worked our way through the boulders below Wetterhorn Peak and gained the saddle around 13,100' for our second break of the day.  We cached some water and our trekking poles before starting the final ascent.  From the saddle to the summit was fun climbing.  We stayed on the climbers trail until it started to traverse too far to the west of the ridge crest.  At this point, we went up a moderately steep gully to gain the ridge with a couple of interesting class 3 moves near the top.  We stayed on the ridge all the way to the ships prow.  The climbing might have been a bit more difficult, but it was a lot of fun and we never felt like we were off route.  Below the ships prow, we crossed over through the notch to the stairway to the summit.  Although some exposure was present, the rock was solid and we had no problems with the route's crux.  I failed to see that the route circled to the climber's left about 20' below the summit and simply took the direct route.  I was slightly steeper than the rest of the final pitch, but not significantly.

We stayed long enough for summit photos before dropping back down to the ramp at the base of the climb.  I quickly scampered up the ships prow to get a photo of others descending the steeper section of the route.  We quickly returned to our cache and started down the trail to the boulder field.  When the cairned trail turns south, we began to traverse northwest towards Matterhorn Peak.  Our lowest point was 12,650' near the base of a grassy finger on Matterhorn Peak's southwest slopes.  We hiked up the grass, traversed across more boulders, and finally made it to the standard south slopes route.  The final scramble to the summit was short but fun.

After 20 minutes on top, we dropped back down to Matterhorn Creek and the trailhead.  We packed up camp and bid farewell.  I was going home, and Dan was going to hike Mount Nebo in Utah on his way back to Boise, Idaho.  Although we had some uncooperative weather, the week was definitely a success and we finished on a couple of great peaks.  Our bodies held up and many summits were attained.  The main thing that surprised me was the lack leisure time we had.  For some reason, I was expecting long hours in the afternoon and evening of boredom and restlessness.  In all reality, by the time we ate, did camp chores, and prepared for the next morning, there was little time for socializing or simply hanging out.  We always seemed busy. 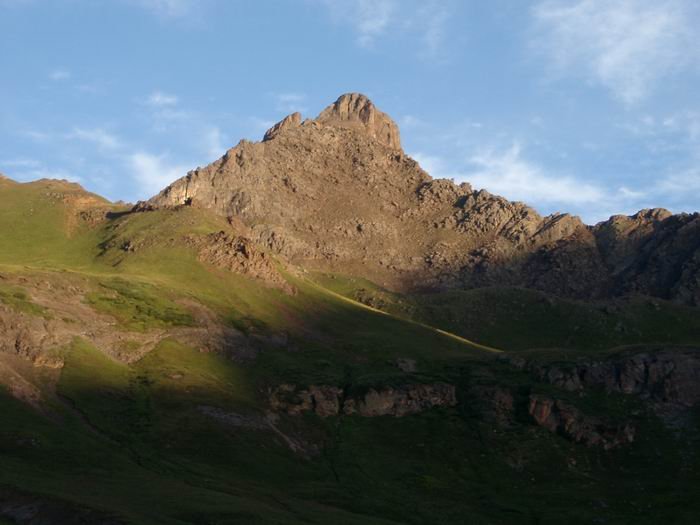 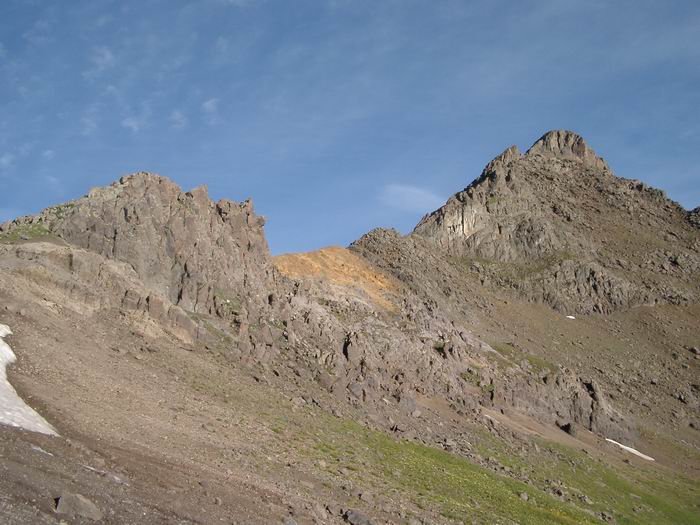 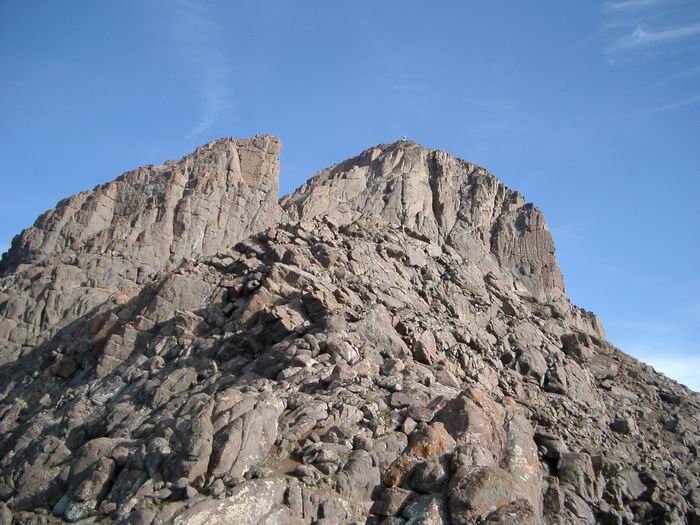 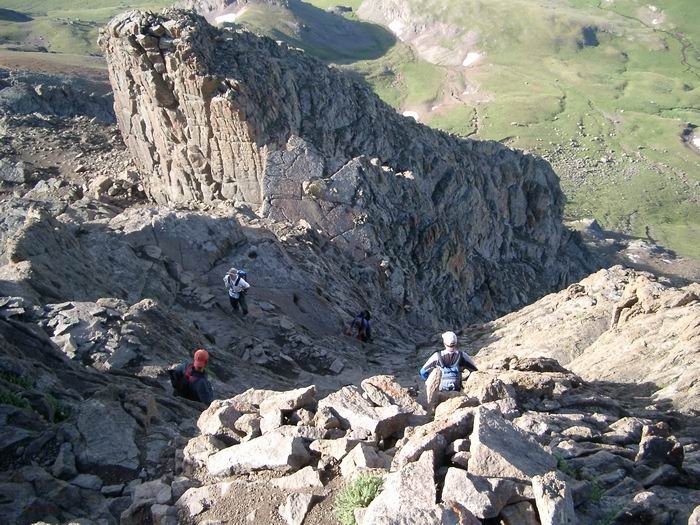 Looking down the crux of the route. 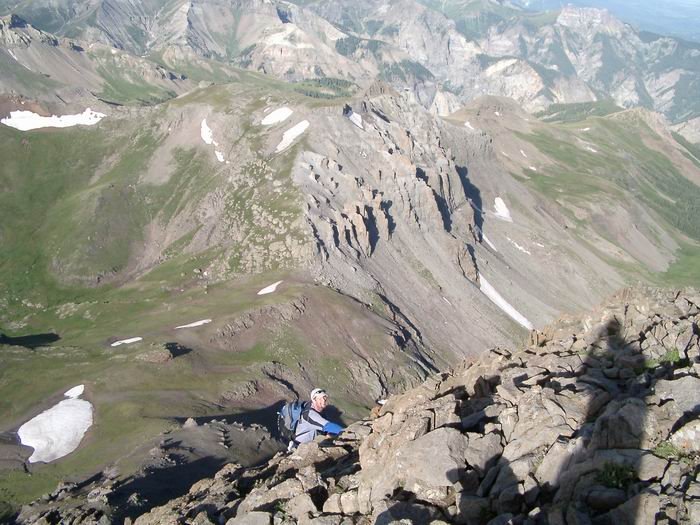 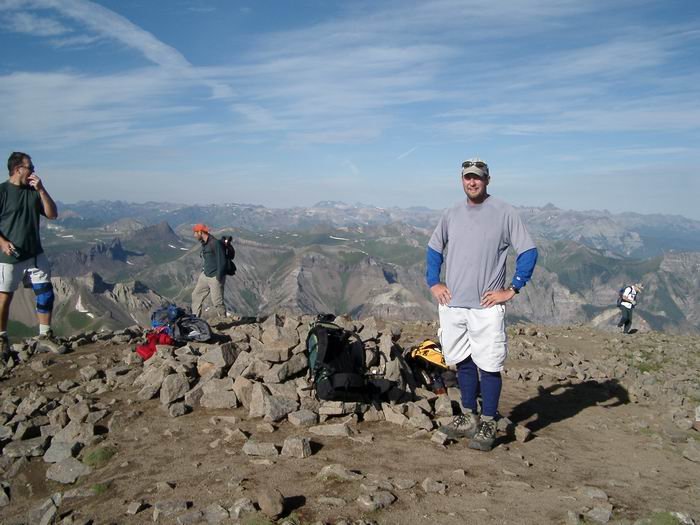 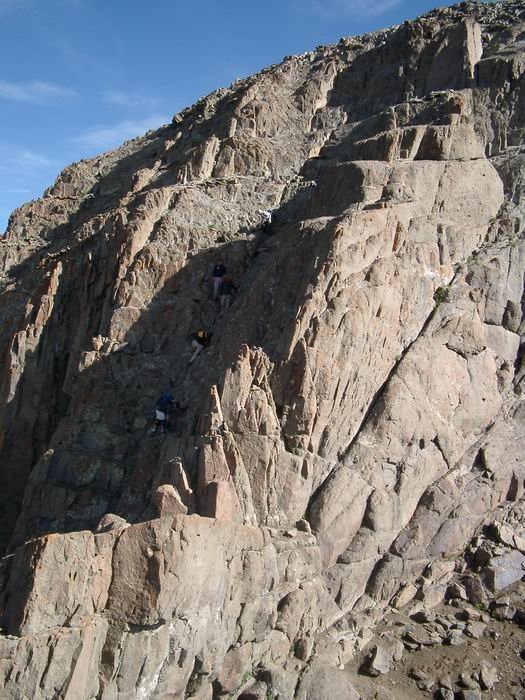 Crux of the route from the ships prow. 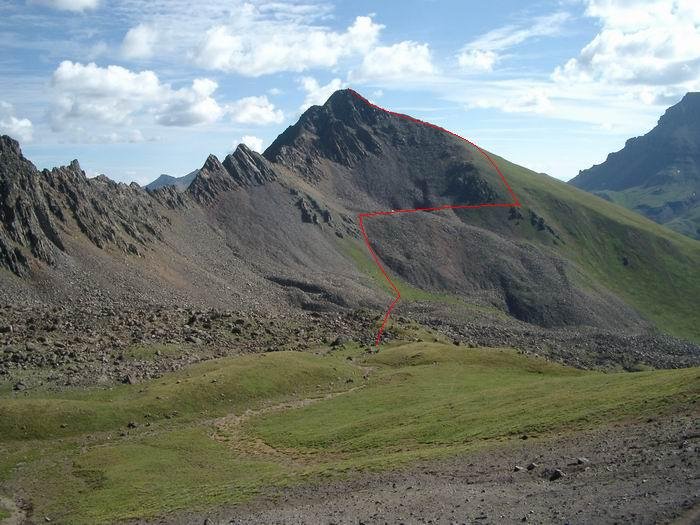 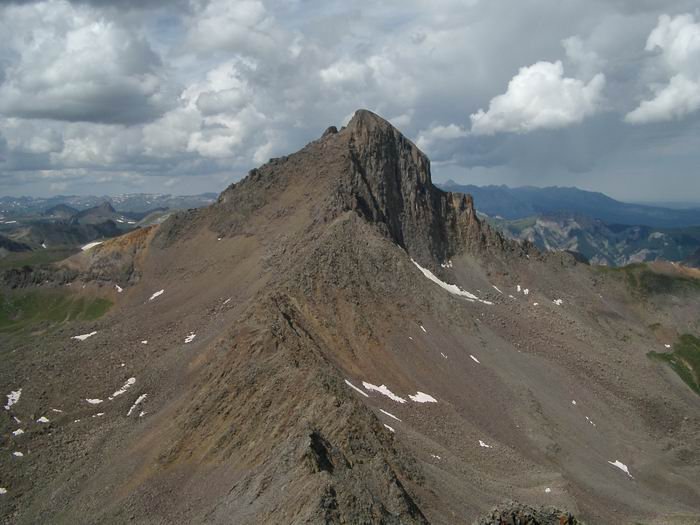 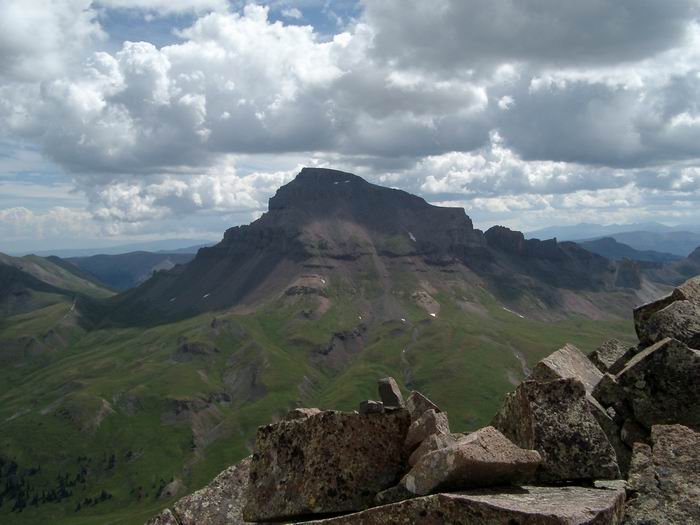 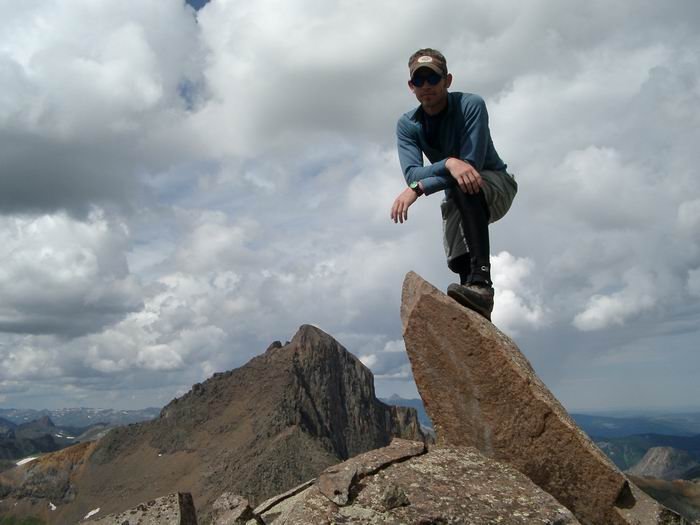