An unexpected trip had my wife out of town for the weekend, so I was able to go hiking.  The forecast for Leadville, Colorado, appeared cooperative.  I posted online for hiking partners for Mount Elbert with no response.  I left Denver around 7:00 on Friday evening and was sleeping at the trailhead by 10:30.  Mount Elbert is the tallest peak in Colorado and the second tallest in the lower 48 states.  Lakeview Campground was locked and there was one vehicle at the Sure Pretty Overlook.  The four-wheel drive road near the overlook didn't look too bad, so I decided to see how far I could drive.  After 0.5 miles, the road becomes more steep and snow covered.  I didn't want to get stuck and stopped here.

I wasn't in a rush, so I didn't start my hike until 6:45 the next morning.  The skies to the west were clear and it appeared as though it was going to be a beautiful day.  There was a spur trail to the left shortly before the log bridge described in Roach's book.  Be sure not to take this and continue north and cross the creek at the end of the four-wheel drive road where there is a large sign board.  Once you cross the creek, you continue north/northeast for a short distance to a well-marked junction with the Mount Elbert Trail.  Turn left here and you will soon be heading steeply up to the west.  The trail conditions were excellent and I didn't wear my snowshoes at all, so I decided to cache them in a tree near the trail.  I continued on to 11,100' where there was another trail junction.  I incorrectly assumed the route to the left was where I needed to go because it was more in the general direction of Elbert.  Rather than going right and switch backing up on a good trail to the ridge above Bartlett Creek, I found myself running out of trail, bushwhacking, and post-holing near the creek below the ridge.  I traversed my way northwest and gained the ridge and Mount Elbert Trail at 11,675'.  Although frustrated from my error, I was glad to be back on track and took a quick break.  Once on the trail and above tree line, I noticed another hiker ahead of me and caught him as he also was taking his first break of the day and stashing his snowshoes.

After catching up to Jared, we decided to finish the climb together.  The wind picked up at 12,400', so we added a layer of clothes, covered our heads better, and started up Mount Elbert's east ridge.  The ridge was primarily wind blown and the short sections of snow you do cross were wind-packed.  We followed the trail where we could, otherwise we took the most direct route to the top.  We didn't head south on the trail at 13,600' and simply continued on the ridge.  We took our last break before the final push where we were both pleased to determine that we were only 400' below the summit.  Once on top, the views were spectacular.  Specifically, La Plata to the southwest, and Capital Peak, Castle Peak, and Pyramid Peak in the Elk Range to the west were great.  We were relaxing and enjoying ourselves when Jared asked if there was another peak we could climb.  I pointed to South Elbert and Bull Hill stating that Roach has a route coming off of Point 13227 that ties back into the Mount Elbert Trail close to where he dropped his snowshoes.  We both felt pretty good, and after reviewing the map, decided to complete the Tour de Elbert.  Since we made relatively good time, we wanted to take advantage of the weather and extend our hike.  This was a poor decision that turned a awesome day in the mountains into a struggle.

We made it to the saddle at 13,900' in no time, and the additional 234' to get to South Elbert wasn't a big deal either.  After a quick break, we started our descent to Point 13227.  We carried our trekking poles during this steeper section and were having a good time scrambling on the ridge over boulders and rocks.  We still felt happy with our decision upon reaching the small but distinguishable Point 13227.  We descended to 11,800'.  Approximately 0.5 mile from the Mount Elbert Trail to the north and our presumed quick exit, we quickly realized our luck had run out.  It took us close to 2 hours to cover the next half mile.  Although we were able to catch 2 short-lived glissades, we ended up post-holing in waist deep snow for much of the way.  Of course there were some sections where we tried to float, crawl, and even roll on top of the snow, but generally speaking we were breaking trail in snow that was usually to our upper thighs.  Our enthusiasm died quickly and we knew we had a challenging hike ahead of us.  We discussed climbing back to 12,000' and traversing around to the Mount Elbert Trail higher up, but I felt as though we had already dropped too far.  I was having a difficult time going down in the snow let alone going back up.  We figured that once we got to Bartlett Creek and the south facing slopes things would ease up.  We safely crossed the creek, and after a short distance of difficult climbing, we emerged very close to the location where I had come out of the creek earlier in the day.

At this point, I could tell my blood sugar level was low, so I told Jared I needed to get back and would be unable to hike the additional elevation back to his snowshoes with him.  He understood my situation, and I committed to waiting for him at the trailhead just in case.  I made it out fine taking the correct trail and only had to wait 35 minutes for Jared to return also.  I spent over 11 hours on the trail.  Rookie decision-making and summit fever turned this perfectly good day into a struggle.  I'll definitely chalk this one up to experience with a valuable lesson learned. 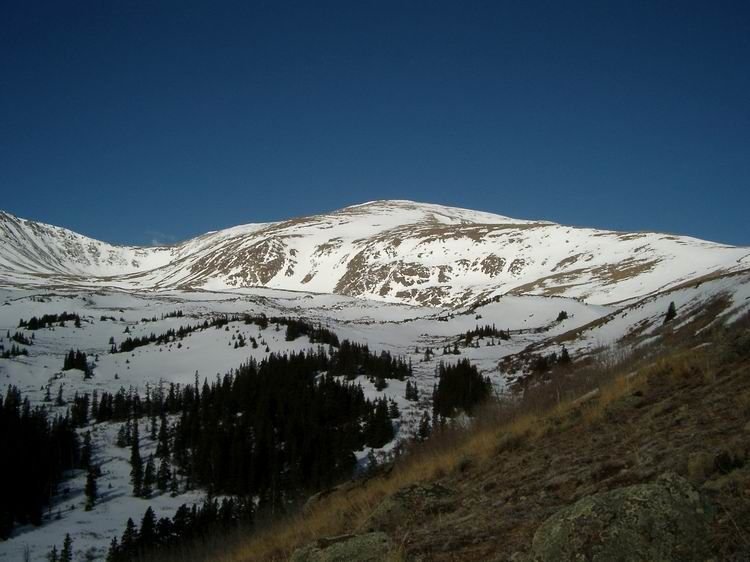 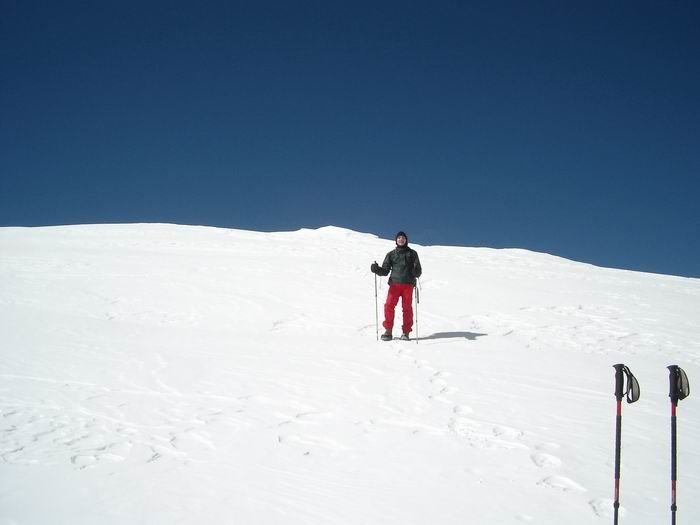 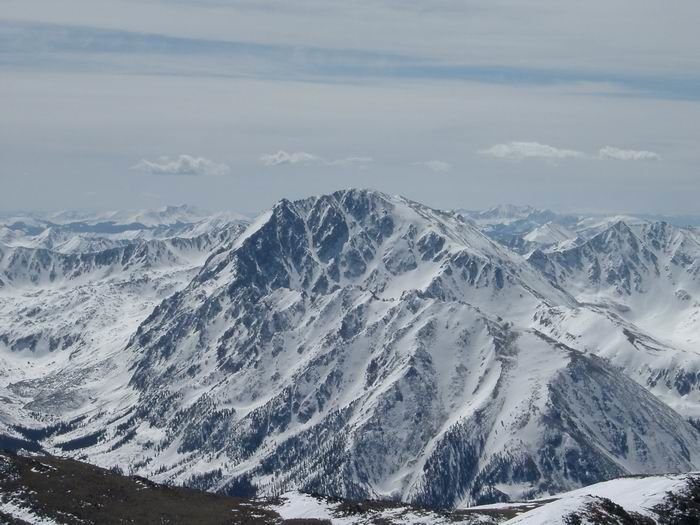 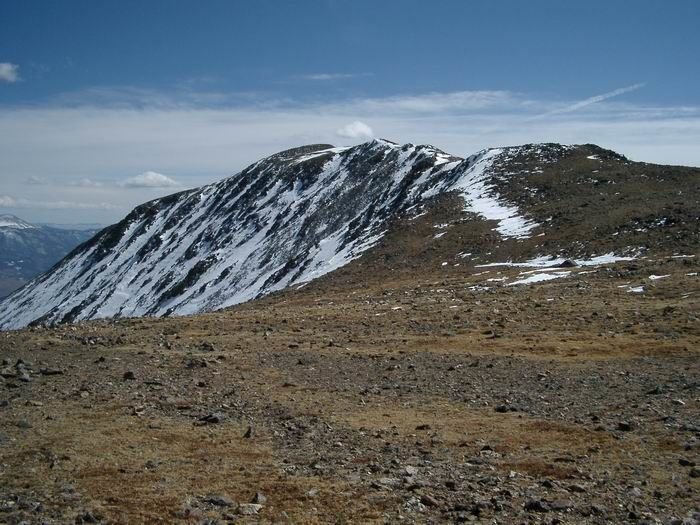 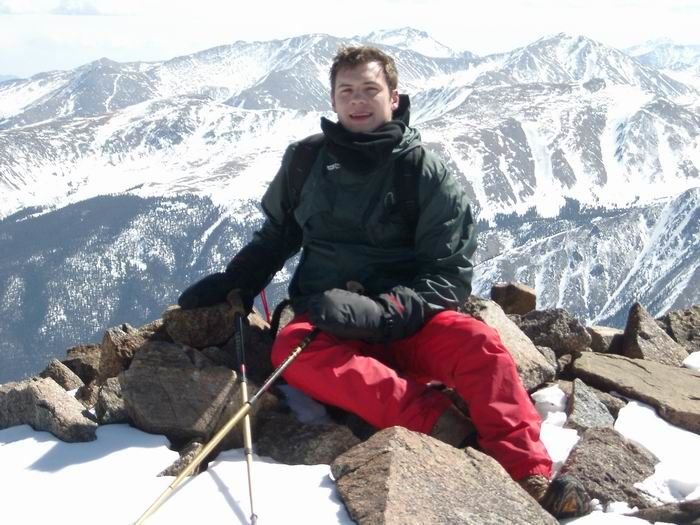 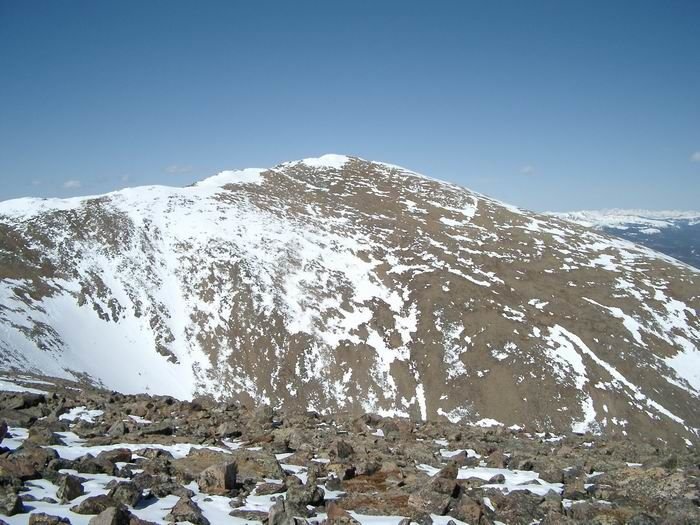 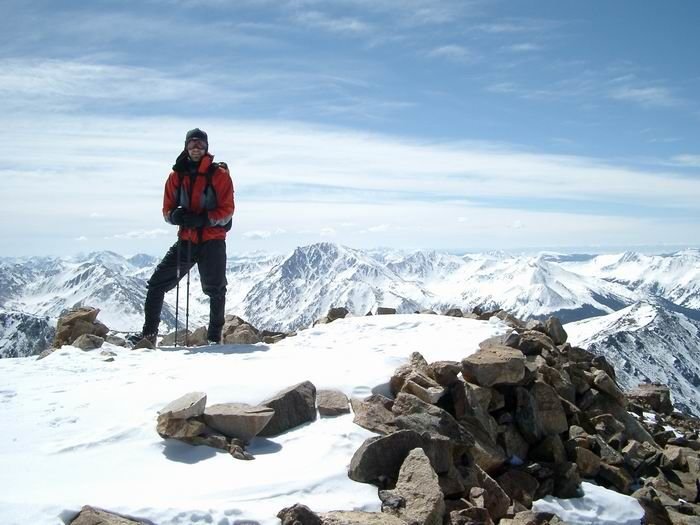