This trip was originally planned for just Cupid and Grizzly Peak; however, with the weather remaining clear I continued on to Torreys Peak having previously reviewed the route.  I only found one other trip report for this particular route to Torreys Peak and now understand why.  The undulating continental divide makes the hike more difficult than the statistics portray.  Psychologically when I get to a summit, I feel as though I are done and can relax on the way back out.  Unfortunately, this is not the case on this ridge hike which takes you up and down in both directions.  Be in good shape for this hike, have plenty of daylight, and expect a relatively long day.

I left Highlands Ranch, Colorado, at 6:00 on Sunday morning and was hiking by 7:10.  The first 1,000’ went fast and getting to the saddle below Grizzly wasn’t bad either.  This is where you encounter your second sustained section of vertical gain.  It was at this point when I began following three mountain goats on the divide.  Snow was not an issue and I didn't take snowshoes.  I carried my axe and crampons thinking they might be of some use on the northwest ridge of Grizzly, but I didn’t use them and actually left them on top of after surveying Torreys Peak.  I was enjoying the views on top of Grizzly in just less than three hours.  The goats had scampered down from the summit as I stopped for some water and food.  The weather was clear and Torreys Peak looked inviting to me from the east.

It was relatively early in the day, I felt pretty good, and the weather was holding.  I convinced myself to take a closer look at the saddle between the two peaks and access the situation a bit closer.  The east ridge of Grizzly was negotiable, and Torrey's west ridge was fairly clear of snow.  I decided to start my descent and see how things would go.  I was at saddle 12580 in no time and started the 1,700' slog up Torreys Peak.  At 13,450' I took my first extended break on Torreys Peak's west ridge.  I could see just over Grizzly Peak and knew I had an additional 800' to ascend.  I also knew I had 1,600' to gain on my exit and seriously considered bailing.  I reviewed the topographical map and determined that the next 400' were relatively steep and then the grade eased up a bit.  I forged on and made the summit at noon.  The views were great.  Because of the work that lay ahead, I only stayed for a few minutes before heading back down.

I scrambled back down to around 13,600' where I took advantage of a safe 800' glissade back down to saddle 12580.  I was back at the saddle at 12:30.  I kept telling myself that the ascents from this point on get gradually shorter, so if I get this next 850' out of the way I'll be set.  Although this fact was true, I still struggled hiking the ridge.  I made it back to Grizzly after running into the mountain goats again.  The hike of Grizzly's east ridge was a highlight of the day given the snow conditions and exposure on the north face.  I picked up my cached gear and felt as though things were still going well.  The elevation gain to Point 12936, Cupid, and Point 12915 were demanding.  I was tired and wanted the day to be over.  In addition, the weather was deteriorating, and by the time I reached Cupid, Grays Peak and Torreys Peak were shrouded in clouds.  The wind picked up considerably and it was beginning to snow.  I had to stop and add a layer of clothes along with heavier gloves and my balaclava.  Although I don't feel as though I was in any serious danger, I was grateful to be back to Loveland Pass and my vehicle. 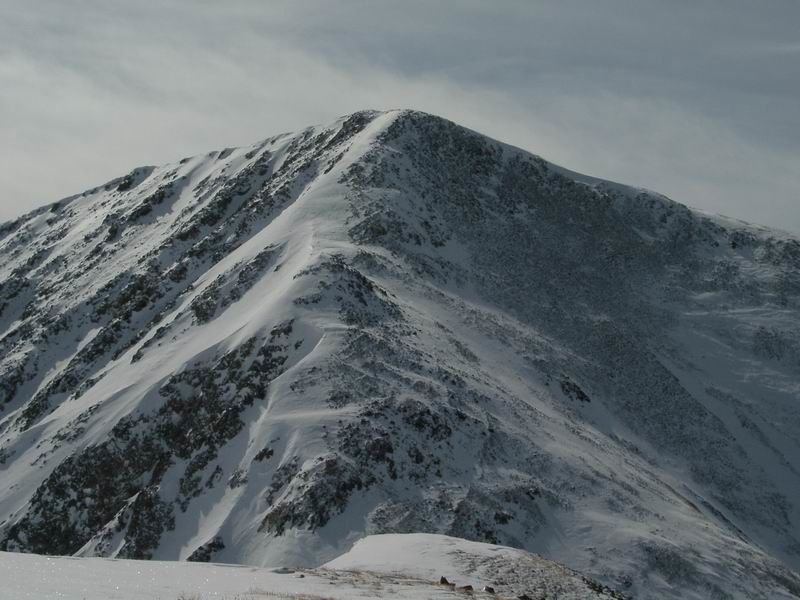 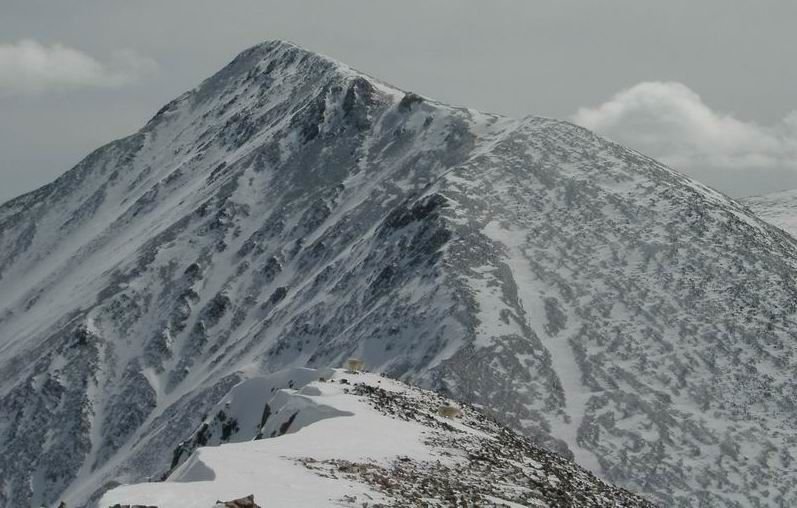 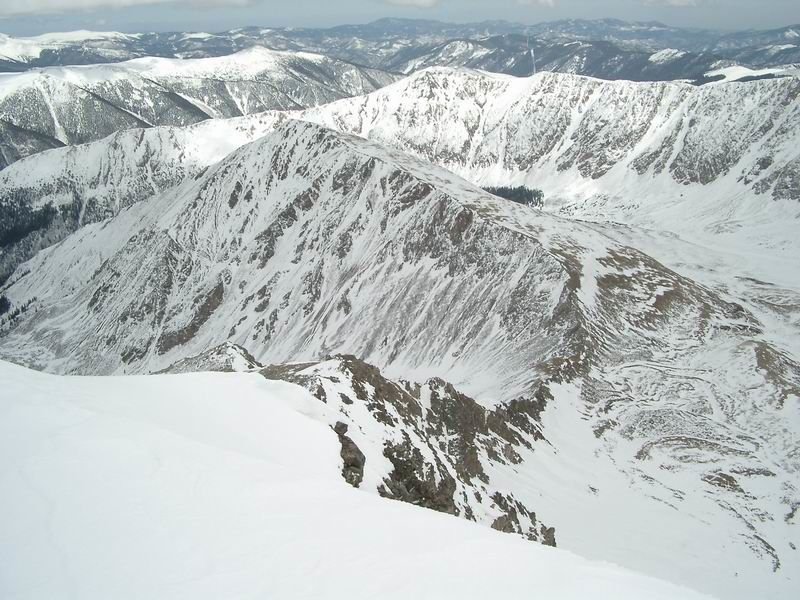 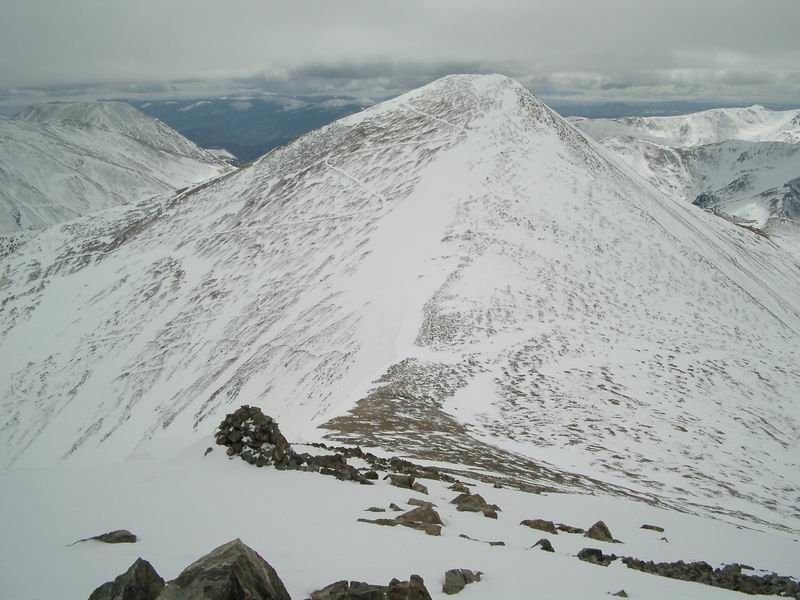