Last year on New Years Eve, I almost triggered an avalanche on the west slopes of La Plata Peak that could have potentially buried five hikers.  After the whomph and huge fracture line that was above us, we all got sketched out and bailed on the rest of the climb.  As a result, I decided to return alone under much safer conditions.

I started hiking around 6:30 and made adequate progress although post-holing was somewhat problematic.  Because of this, I started climbing towards Point 12783 early from La Plata Gulch to get out of the snow.  At around 11,800', I finally cleared tree line, saw my first views of La Plata Peak, and decided to traverse below Point 12783 on the west side towards the saddle northwest of La Plata Peak.  The traverse went quickly and I soon found myself on a few of the switchbacks that were not snow covered.  At this point, I cached my snowshoes, crampons, and some water.

I continued to work my way towards the saddle at 12,760' on a large snowfield.  Once on the ridge, I peered across La Plata Basin at Ellingwood Ridge and needed to add a layer of clothing.  The wind was fairly strong and consistent with gusts adding to the difficulty of the hike.  The northwest ridge proved to be very deceiving.  I felt like the summit was close, but it took much longer than anticipated.  I worked my way up the rocks on the southwest side of the ridge with the summit never appearing to get any closer.

I finally topped out and took several pictures of the area.  I didn't stay long as I was cold and weather seemed to be building to the west.  Fortunately, the descent to La Plata Gulch went fast.  I caught three or four short glissades on the snow covered northwest side of the ridge back down to the Saddle 12760.  I had to go slowly because loosing control would send me quickly down into La Plata Basin.  From the saddle, I was able to make another longer and well protected glissade back down to the open switchbacks and my gear.

I loaded my pack and stepped out onto a narrow snowfield.  From 12,200', I glissaded all the way down to the base of La Plata Gulch at around 11,200' in only a few minutes.  At this rate, I thought I'd be back out in no time but I was wrong.  The snow softened significantly during the day and the rest of the hike out was miserable.  I tried to float with my snowshoes as much as possible, but I post-holed a lot.  It was a real fight to get down the gulch and when I finally did, I couldn't locate the first creek crossing.  After getting frustrated, I jumped the creek, but then couldn't find the trail to head back west to the second creek crossing with a bridge.  My aggravation grew, so I forded Lake Creek in thigh deep water and bushwhacked north to Highway 82.  From here I simply hiked up the road back to my vehicle. 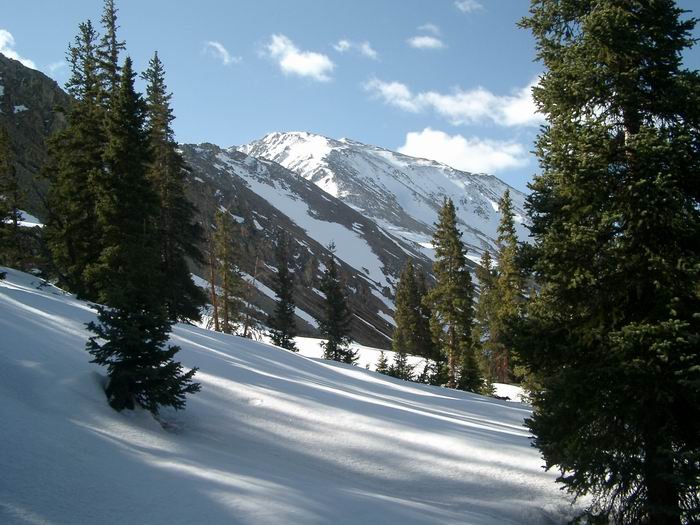 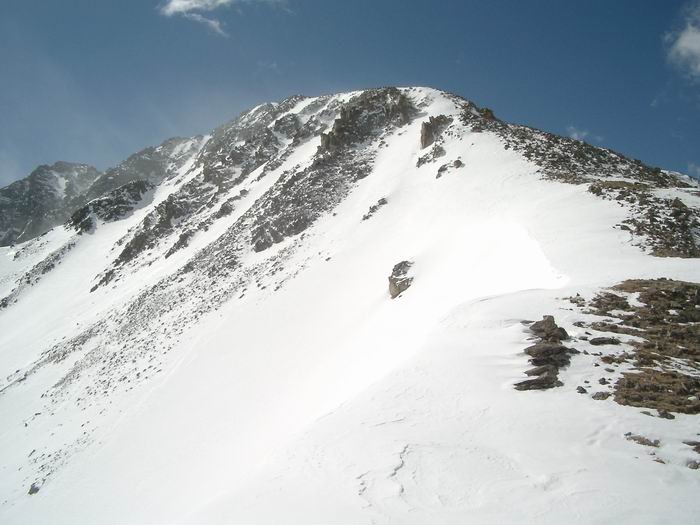 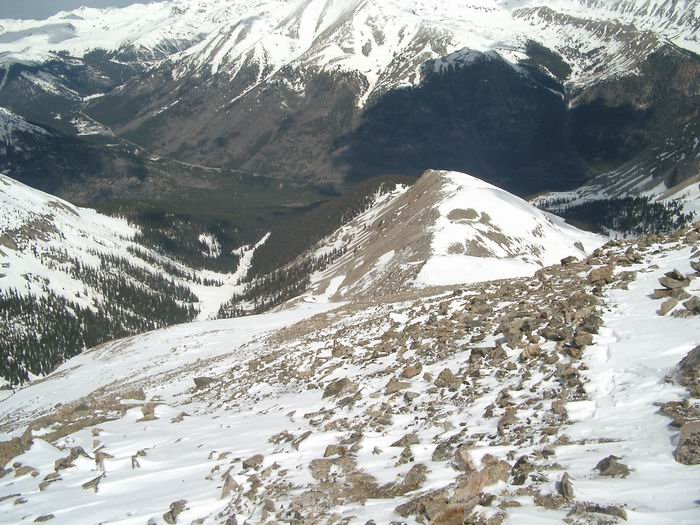 Looking down the northwest ridge. 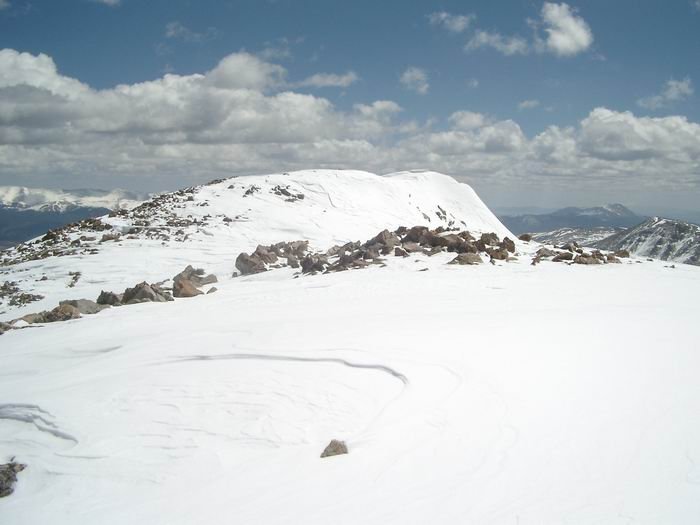 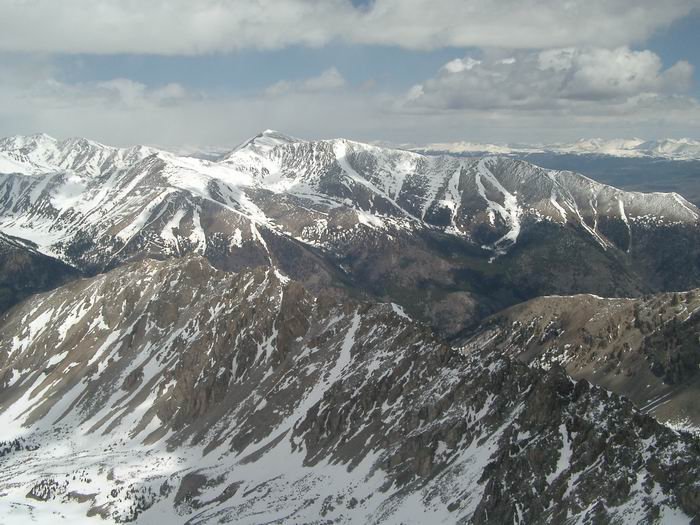 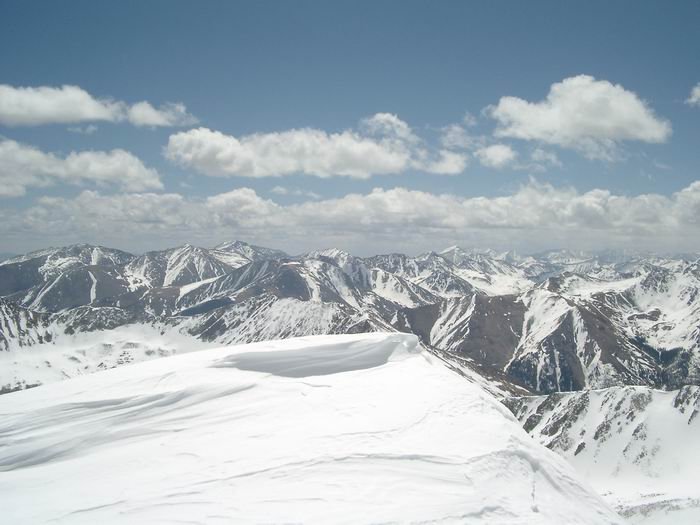 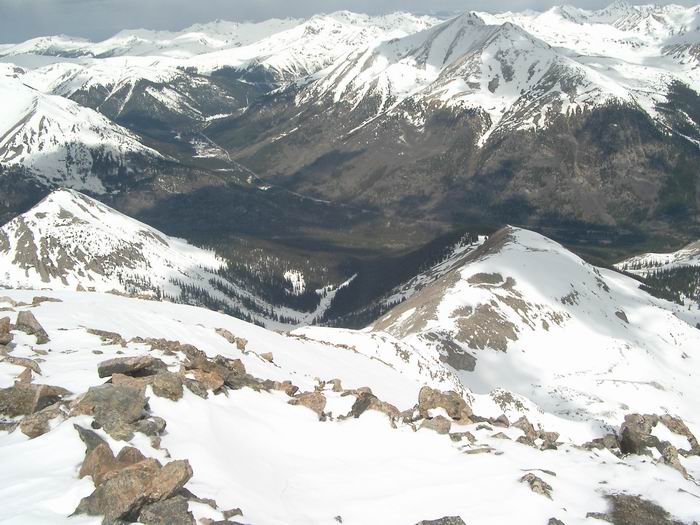 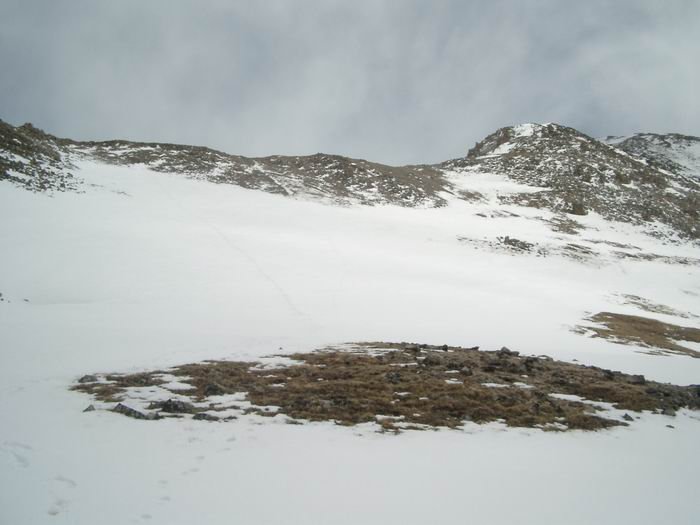 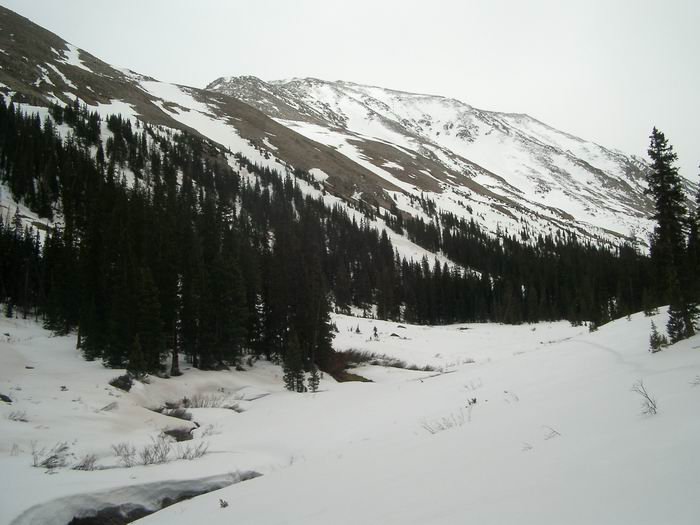 Looking back up the basin. 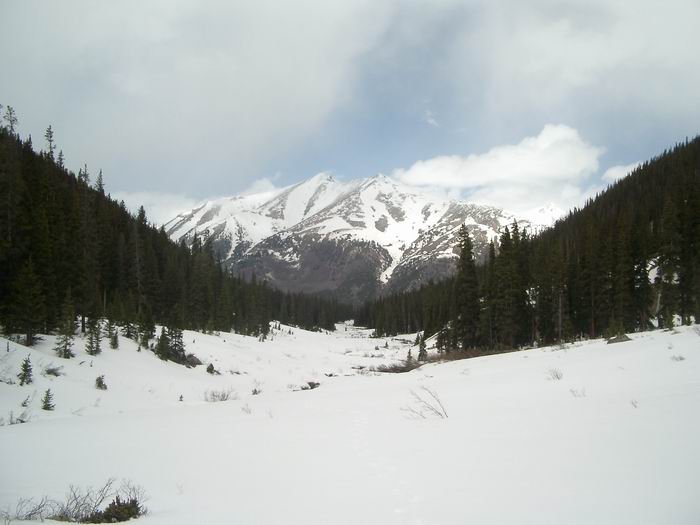 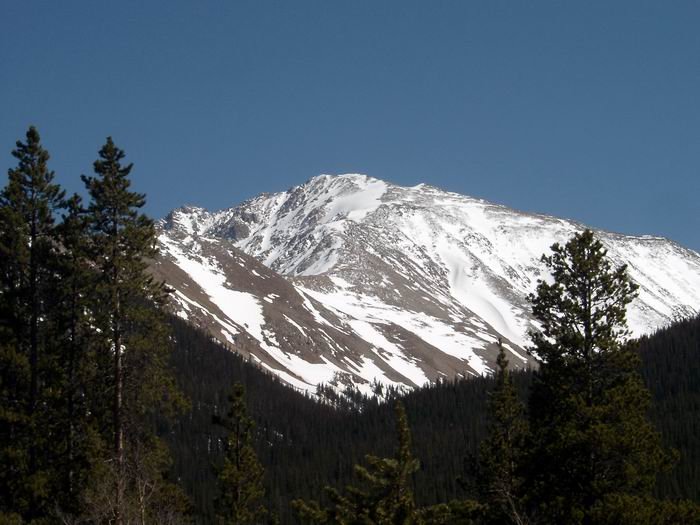