Dan woke at 5:30 and reported more overcast skies.  I was still tired, so I told him we should give it another hour and he agreed.  Neither one of us really slept any more after Dan’s initial weather check, so I got up at 6:10 to take another look.  I thought it was relatively clear and told Dan he must be on drugs.  In his defense, things had improved in the past 40 minutes, so we hastily emptied the cabin, loaded our vehicles, and headed up to the four-wheel-drive Nellie Creek Trailhead.  The weather only improved as we approached the beginning of our hike.

We weren’t the first individuals on the trail, but we didn’t care.  It looked like it was actually going to be a beautiful day, and we only had 3,000’ to climb.  We were going to hike leisurely and enjoy our rest day.  We emerged from the trees after a short time and caught our first views of Uncompahgre Peak, which is an impressive looking mountain.  We quickly passed a large group of female hikers and decided to take a break after an hour of hiking.  On our break, a lone hiker approached us making excellent time.  As he got closer, I had to ask his name.  It fact in was Rick Lutz, whom I had just met on the summit of San Luis Peak three days prior.  He had spent the past two days getting cabin fever in Lake City, Colorado, waiting for the weather to clear.

Rick, Dan, and I finished the hike to Uncompahgre Peak where we enjoyed ourselves for over an hour.  We made the summit in 2 hours and 15 minutes.  Several parties began to arrive as we enjoyed the sun and took in the views.  On the descent, I decided to scramble up a couple of pinnacles and small points along the route to gain the additional 130’ needed to bring the cumulative gain to 3,000’.  As I was doing this, Dan went ahead and decided to pick up his extra feet on a ridge towards Point 13158.  This point is an interesting looking fin to the southeast of Uncompahgre Peak.

I failed to see Dan break off the trail on his scouting excursion as I was scrambling to a couple more points near the trail.  Anyway, I ended up hiking out with Rick assuming Dan was well ahead of us.  Once reunited at the trailhead, we drove over to the Matterhorn Creek Trailhead to set up camp for one more night.  In order to determine how long it would take to get to the upper trailhead, we decided to drive up and time it.  Dan was fairly impressed with the performance of my Trooper, and the rough 2.6 miles took us 25 minutes.  We set the alarm for 5:15 so that we could be hiking by 6:00 the next morning. 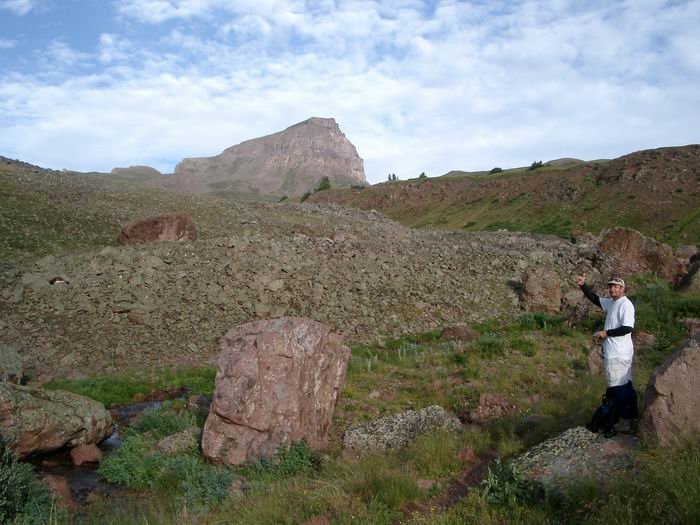 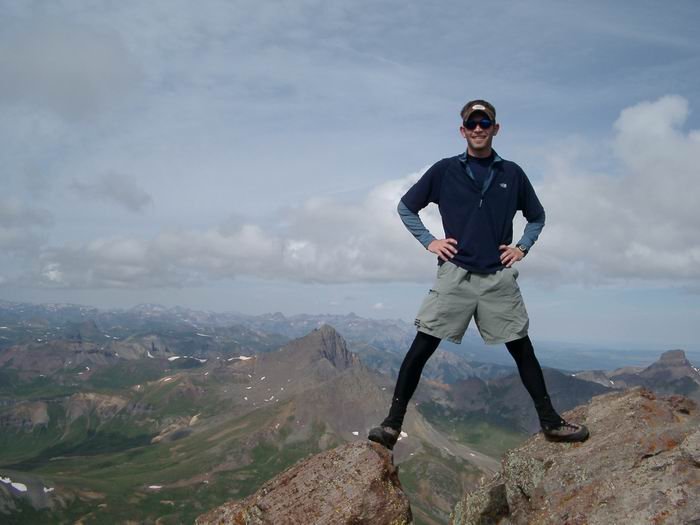 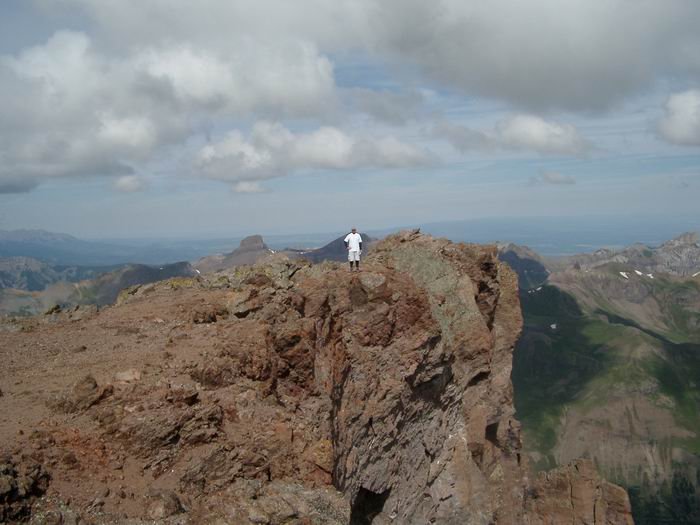 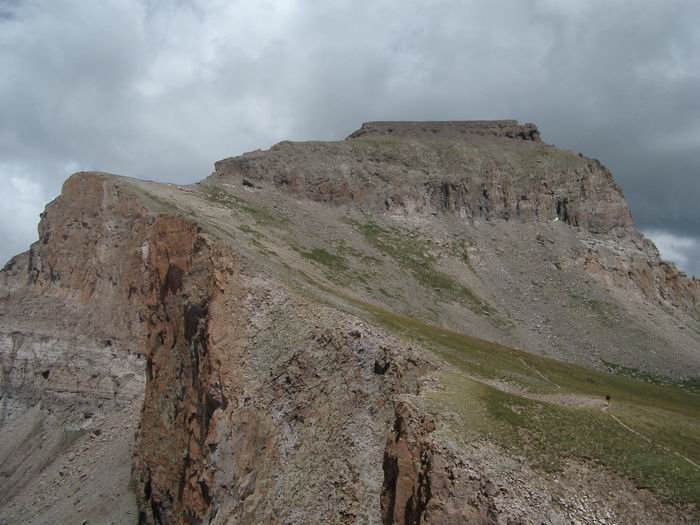 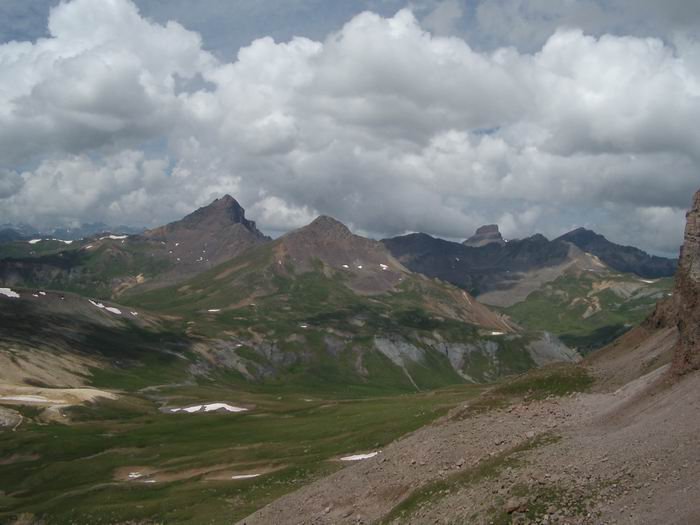 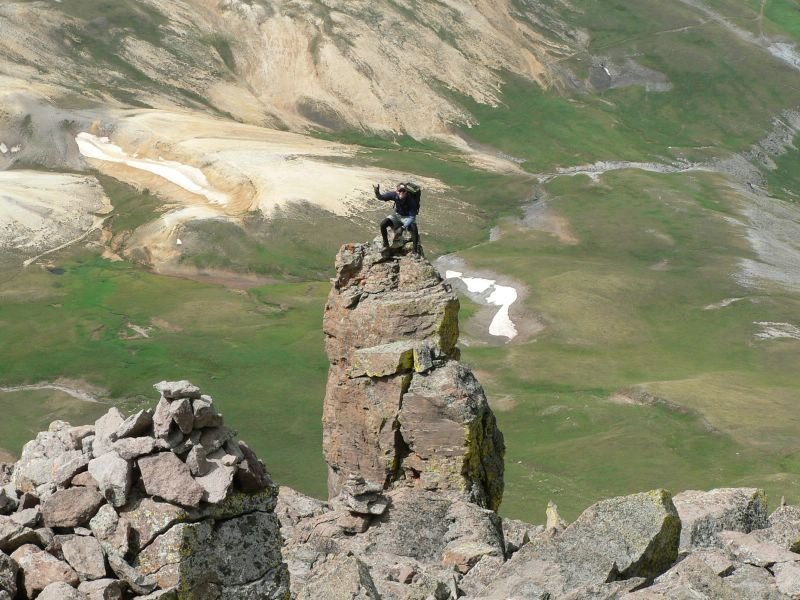 James on a pinnacle on the descent from Uncompahgre Peak.