This was my third climb of Torreys Peak.  I had done the west ridge in the winter, the standard south slopes route, and now the Dead Dog Couloir.  I'm fairly certain I'll return for the Kelso Ridge route some time too.  Last weekend was slightly early for snow climbing, and I didn't have a lot of time this weekend, so I decided to head up to Stevens Gulch and attempt the Dead Dog Couloir.  Several trip reports indicated that it had set up well and I wanted to do the route.

I was up at 2:45, on the road at 3:15, and hiking by 4:45.  Last year when I did the Lost Rat Couloir on Grays Peak, the snow softened quickly, so I wanted an earlier start.  By the time I rounded Kelso Mountain, I saw two individuals descending the standard route and four more climbers just starting Dead Dog Couloir.  I took a quick break and continued to the slopes below the couloir.  The snow was firm and crunchy, and solid steps had been kicked from previous climbers over the past week.  I entered the couloir when the party above me was approximately one-third of the way up and starting making good progress.

I could tell it was going to be warm during the ascent, so I removed a layer while putting on my crampons and helmet.  It was a beautiful day, and I thoroughly enjoyed this climb.  Not to difficult, but enough to keep you on your toes.  I reached Kelso Ridge just as the party of four was topping out.  I joined them and we took turns taking photos while enjoying the views.  I had to be home early, so I skipped hiking over to Grays Peak and returned to the trailhead after catching a short glissade.  I was home at 11:00.  It took me 2 hours and 35 minutes to climb Torreys Peak, I spent 35 minutes on top, and I returned in 1 hour and 25 minutes. 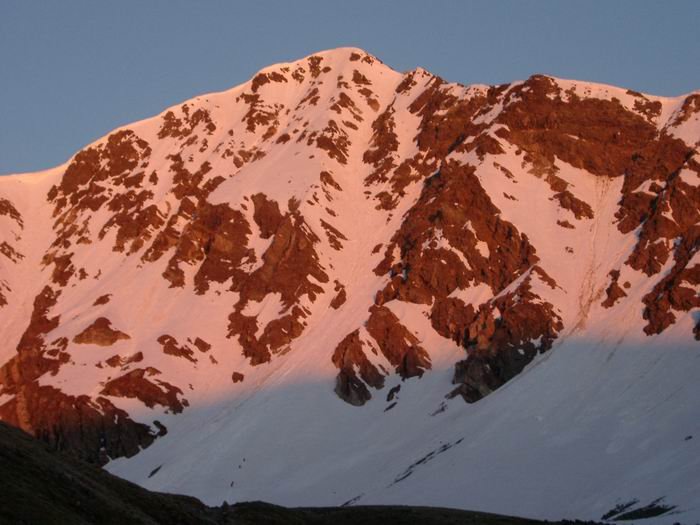 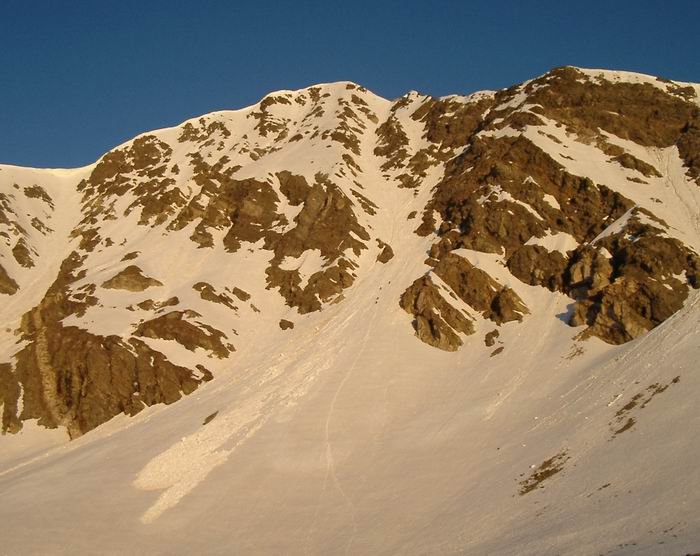 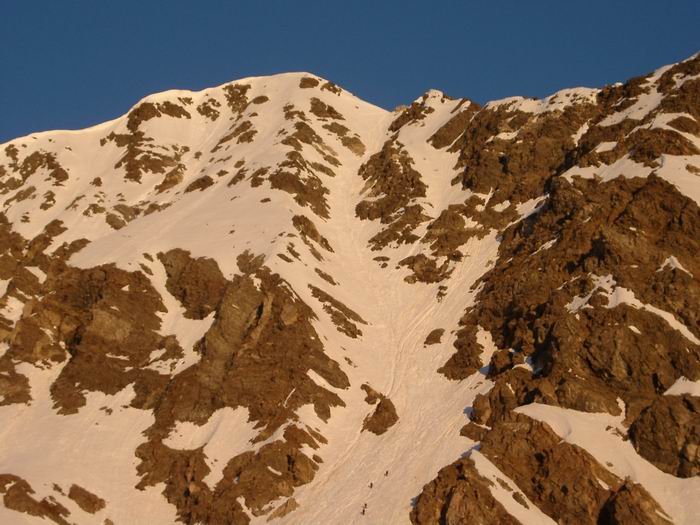 Climbers starting up the route. 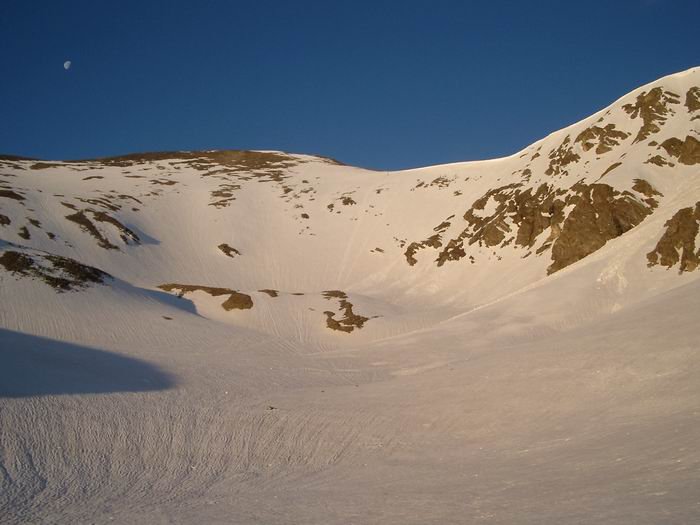 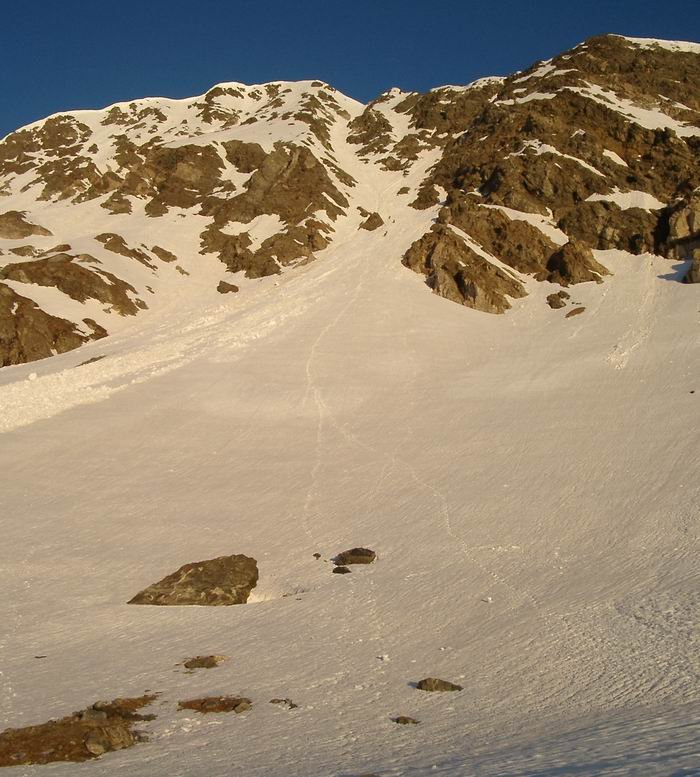 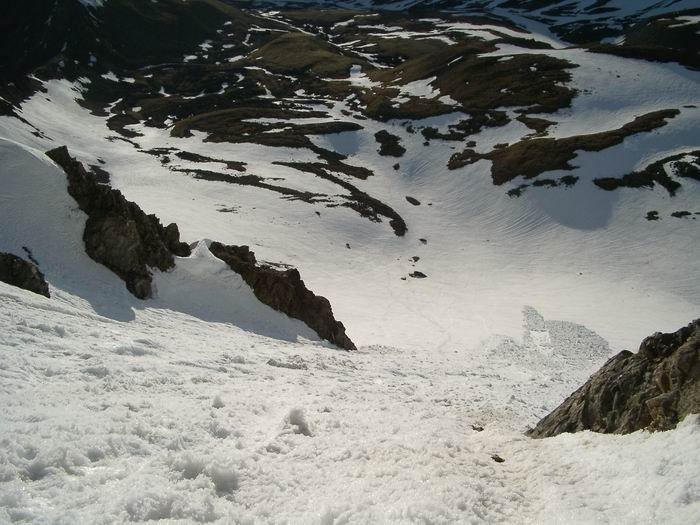 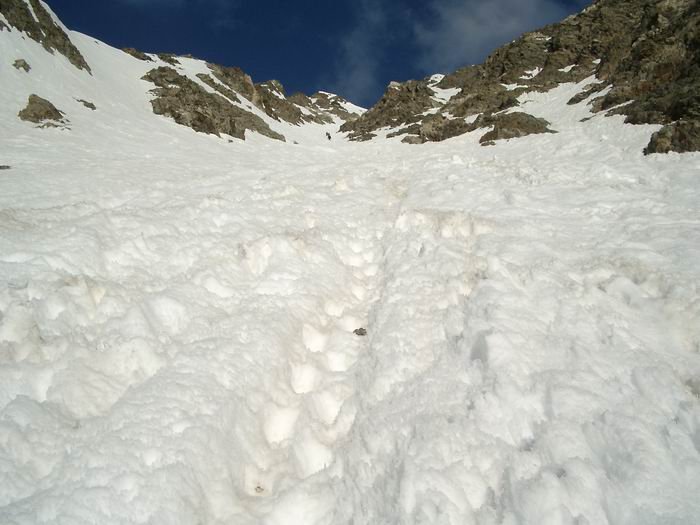 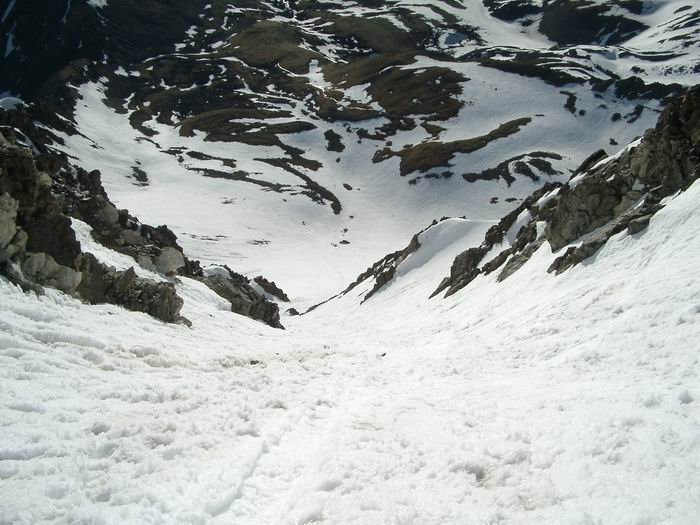 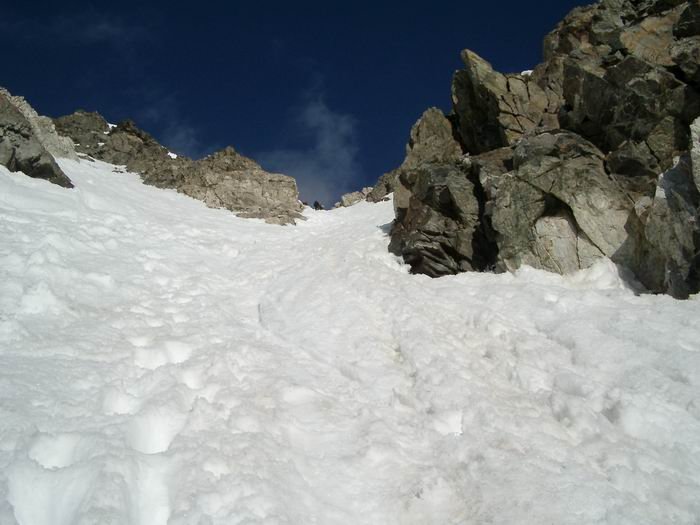 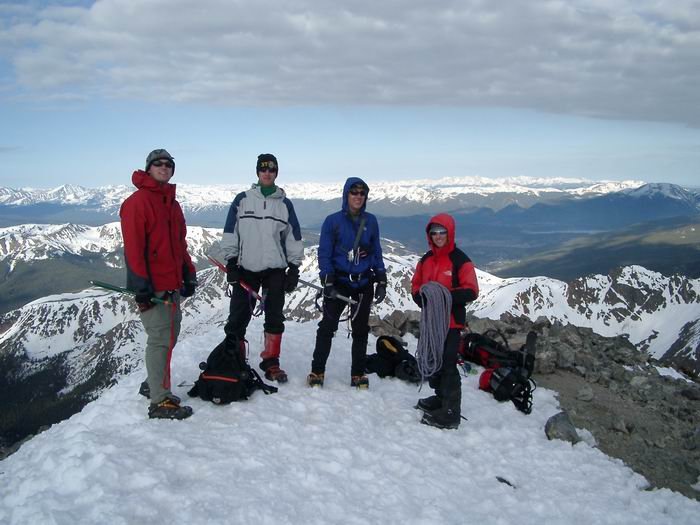 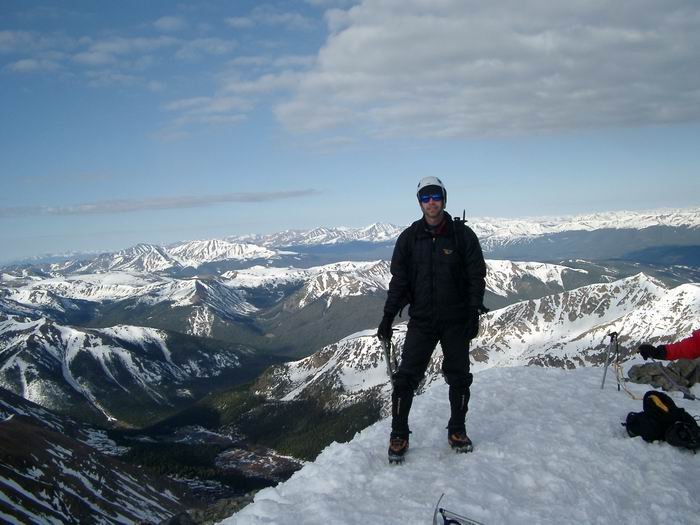 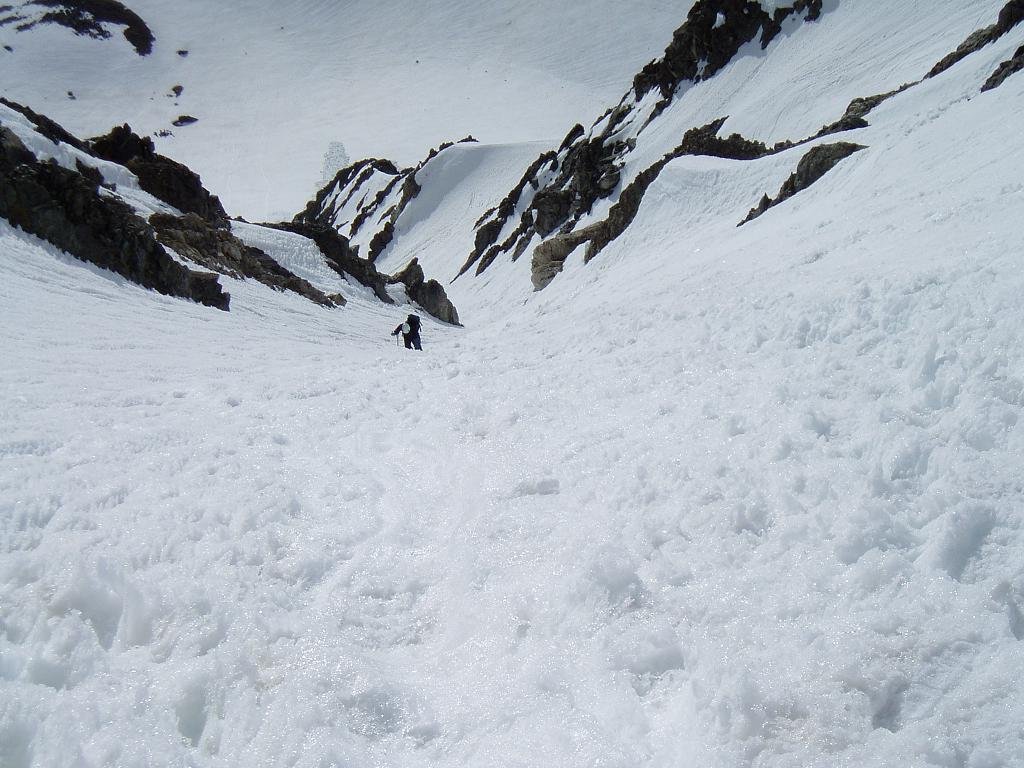