I met Lyle at the park and ride at the Morrison exit at 5:00 and we were off for the Stevens Gulch Trailhead.  We arrived shortly after 6:00 and were hiking at 6:15.  After completing Little Bear Peak last month, I was in the mood for another snow climb.  We hiked for approximately 1.5 miles and instead of continuing right on the Grays Peak Trail, we turned left and made our way to the base of the Lost Rat Couloir.  Despite what we thought was a relatively early start, the snow was soft and we weren't sure what the conditions would be like.  The Lost Rat Couloir is considered a grade II climb with moderate snow steepness.

After seeing six climbers ahead of us making their way up the couloir, we decided to continue on.  I am not experienced climber, and this was actually the first time Lyle was attempting a hike of this nature.  We climbed for about 250' when Lyle decided to head back down and take a larger snowfield to the west that tied back into the Grays Peak Trail around 13,600'.  It was extremely warm, but I continued past a large pinnacle named the Rascal and utilized the steps kicked by the climbers ahead of me.  Lost Rat Couloir was melted out 100' below Grays Peak's east ridge.  I removed my crampons and had to deal with some loose dirt and rock to gain the ridge.  I followed the east ridge to the summit of Grays Peak, but knew I was ahead of Lyle because of the short backtrack he made.  The wind picked up slightly, so I added another layer and spent a few minutes on top before descending to the Grays Peak/Torreys Peak saddle at 13,707'.  I had already climbed Torreys Peak from Loveland Pass via the west ridge in April, but I felt pretty good and decided to hike it again.  I visited with a few people on Torreys Peak for a while before heading back down, traversing below Grays Peak, and picking up the Grays Peak Trail for a quick exit.  I met back up with Lyle at the trailhead after he was done hiking Grays Peak.

A guide book states that the top of Lost Rat Couloir is 40 degrees.  I think this is an excellent introduction to snow climbing for anyone interested.  I can see the Lost Rat Couloir and Dead Dog Couloir being an annual event for training because of their short approach and accessibility from Highlands Ranch, Colorado.  There were plenty of people on these mountains.  Ten people that I know of used the Lost Rat Couloir, several people climbed the Dead Dog Couloir, and numerous hikers were utilizing the standard route to Grays Peak and Torreys Peak.  My total trail time was 5 hours and 40 minutes. 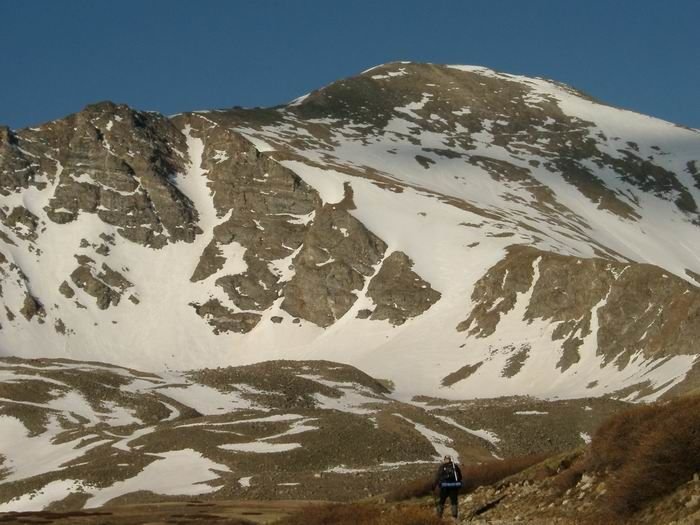 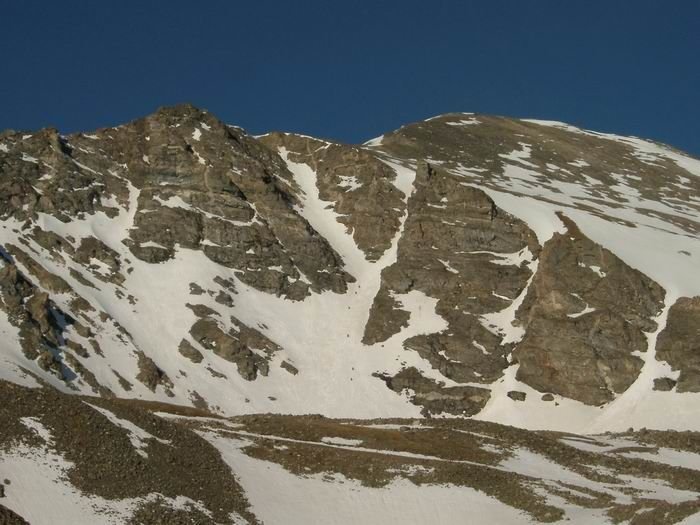 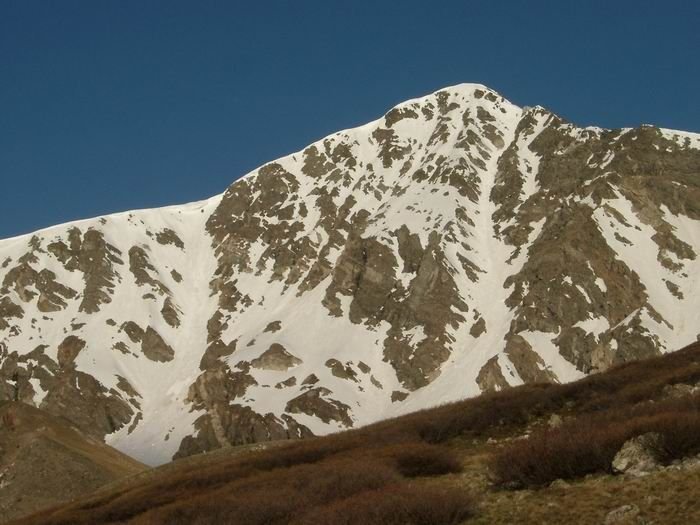 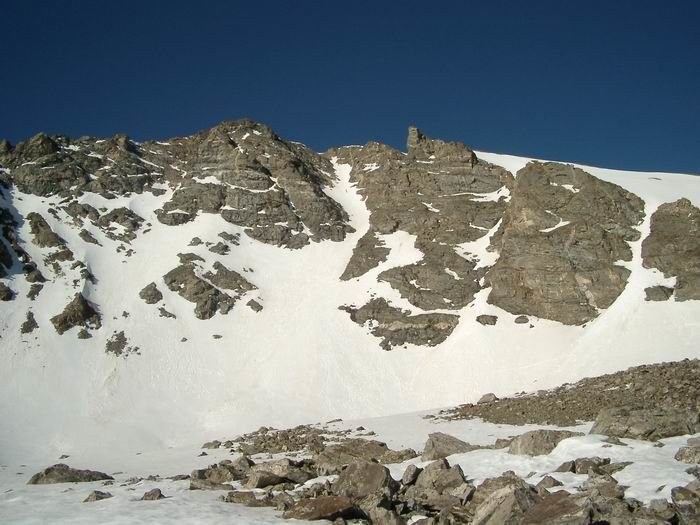 Nearing the base of Lost Rat Couloir. 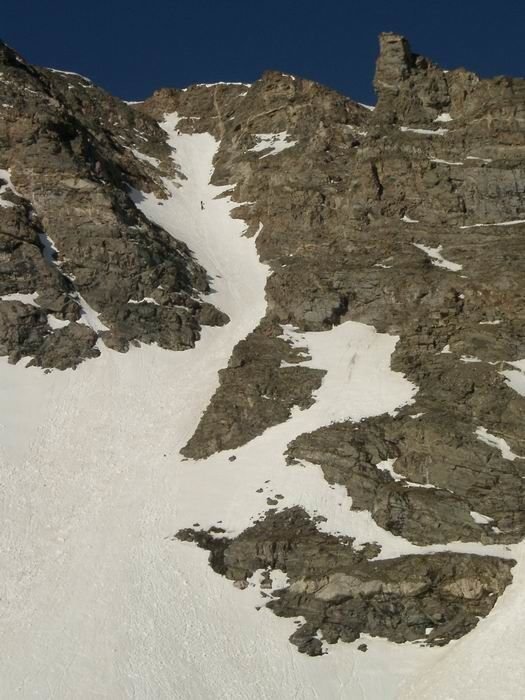 Climbers half way up the Lost Rat Couloir. 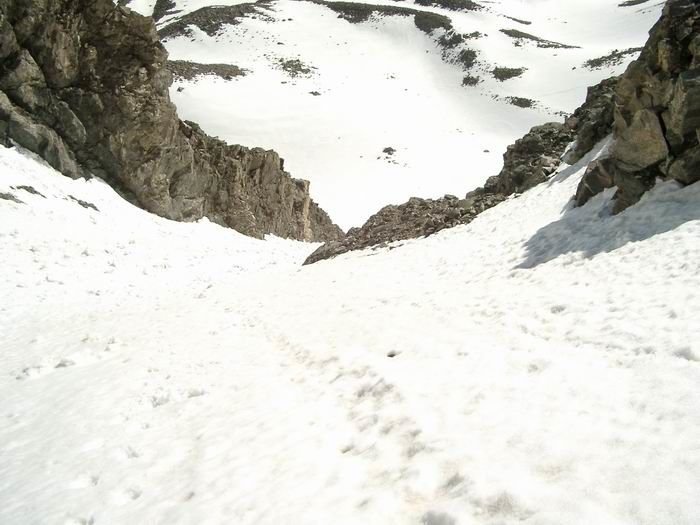 Looking down the Lost Rat Couloir. 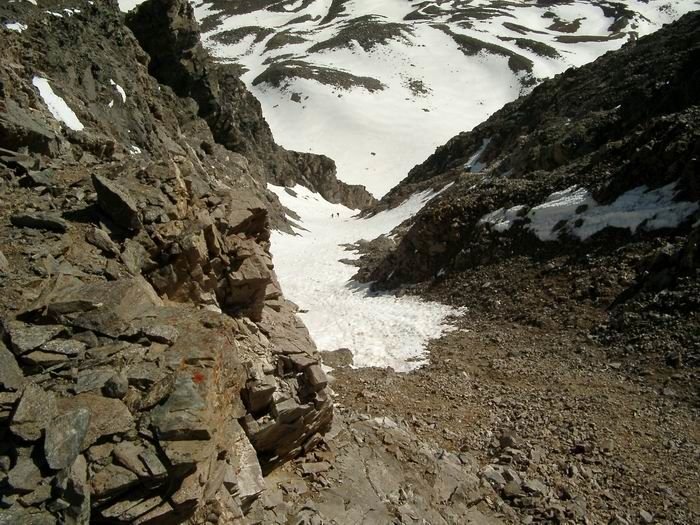 Looking down from the top of the Lost Rat Couloir. 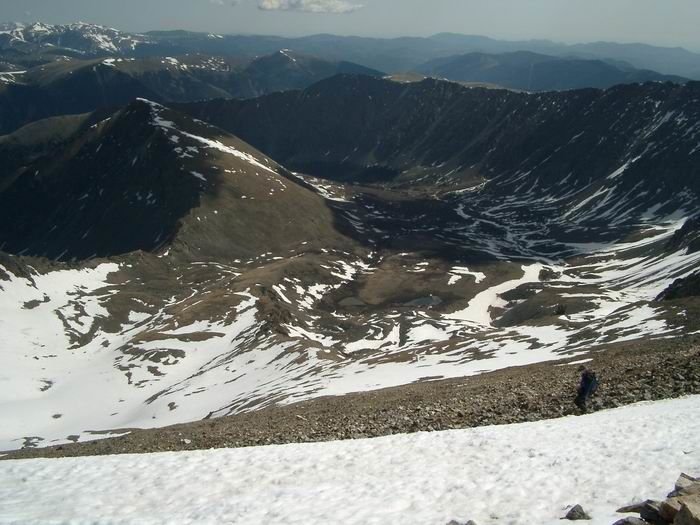 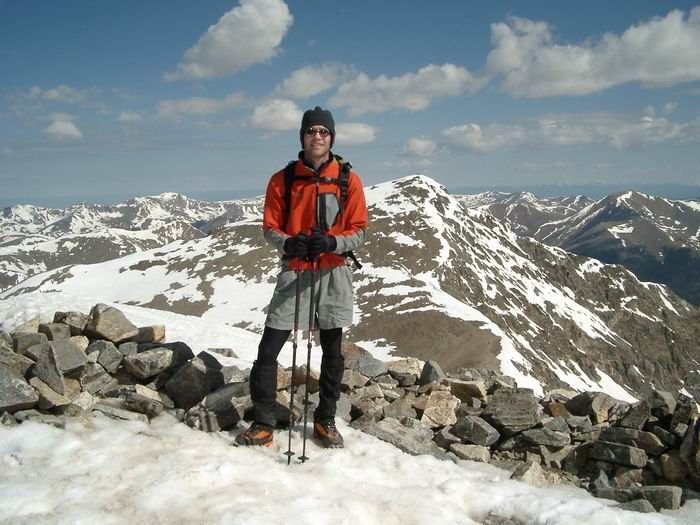 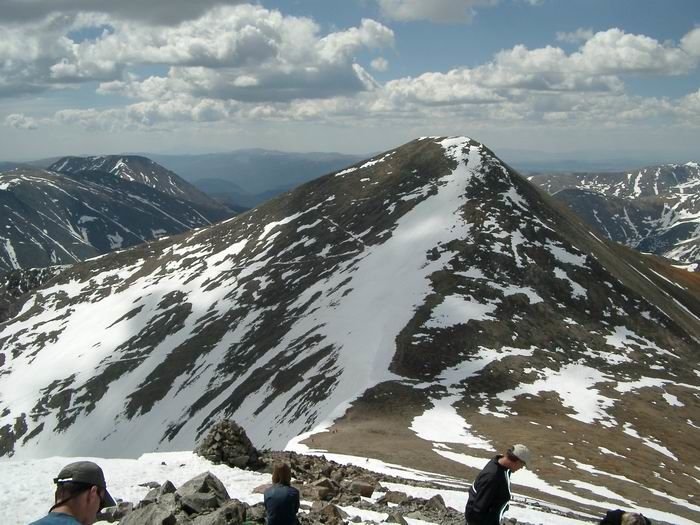 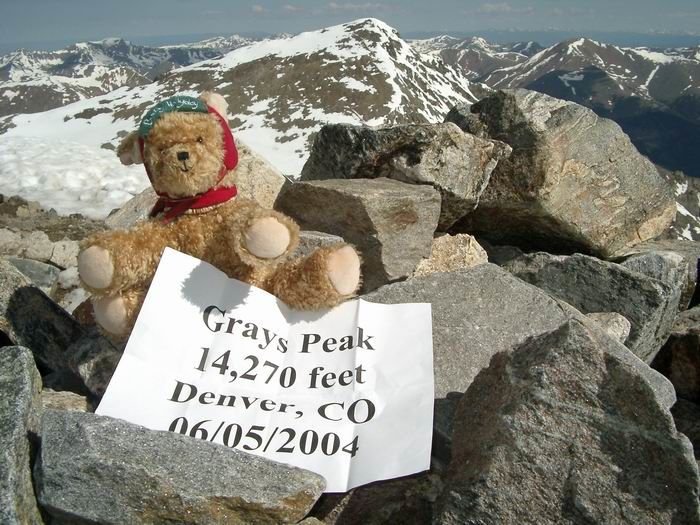