I arrived at my starting point for this hike late Saturday night and promptly fell asleep at 9:00.  I slept relatively well and was up at 2:00 and hiking at 2:20.  The first several miles went fast in the dark and before I knew it, I was taking my third break on the road above Como Lake.  It was at this point when Ken ran into me just after starting his climb of Ellingwood and Blanca from his campsite at Como Lake.  After visiting a short while, it became clear that he was an experienced climber, so I invited him to join me in climbing Ellingwood Point's southwest ridge and then traversing to Blanca Peak.  He had originally planned on the standard route, but after discussing the pros and cons of the two routes, he decided to tag along with me.

As we approached Blue Lakes, the sun was just starting to rise, and by the time we reached the unnamed lake where you leave the standard trail, the headlamps were off.  With my intentional extended third break, it was perfect timing.  I didn't want to gain Ellingwood Point's southwest ridge from the basin without sunlight to view the route.  We cached some water and extra clothes.  After a few short sections of class 3 scrambling, we were on the ridge looking to the north at Pioneer Lake.  Ellingwood Point's southwest ridge looked somewhat intimidating, slightly exposed, and fun.  The rock was tight, the views were awesome, and the climbing was consistent.  We worked our way east stopping occasionally to visit, take a few photos, and review the route.  There were a couple of steeper pitches, but with plenty of holds and solid rock they were easy to overcome.  We reached Ellingwood Point at 7:50.

With a bit of climbing left and a long hike back to our vehicles we didn't stay long.  The southeast ridge of Ellingwood Point to Blanca Peak was similar to the southwest ridge with less climbing required.  Right before reaching the lowest point, we came to a large notch that cuts the saddle and leaves a couloir to the west.  We sized it up and down-climbed to the base of the notch before deciding to follow the gully down and going around the small rib to our south.  We had to give up 100' of previously gained elevation to avoid the class 4 climbing, but we didn't think that was too big of a sacrifice.

The last 645' to Blanca Peak wasn't as brutal as expected.  As Ken stated, it was like climbing stairs.  Again we elected to stay directly on the ridge rather than traverse lower on the west side.  We reached Blanca at 9:30 and hunkered down out of the wind and enjoyed our time on top of the peak.  We stayed for 30 minutes, hydrated, ate, took photos, and visited with a few other people.  The trail from the saddle to Crater Lake was not well defined or a pleasant descent.  We picked up our cached gear and finished the hike back to Como Lake.  I bid farewell to Ken who had to break camp and then proceeded down the road back to the trailhead.

I felt relatively good on the hike out with the exception of the last mile and a half.  I bonked hard and didn't take any breaks trying to make better time on the way out.  This ended up being a mistake.  As a result of not taking a break and drinking, my progress slowed and I probably lost time.  When I reached my vehicle, I threw my pack in the back, had a beer, and began the drive back home.  Overall this was a great hike that I enjoyed a lot.  I would strongly recommend the southwest ridge of Ellingwood Point to anyone comfortable with class 3 climbing in order to avoid having to hike up the loose rock to the Ellingwood Point/Blanca Peak Saddle.  My total trail time was 11 hours and 10 minutes. 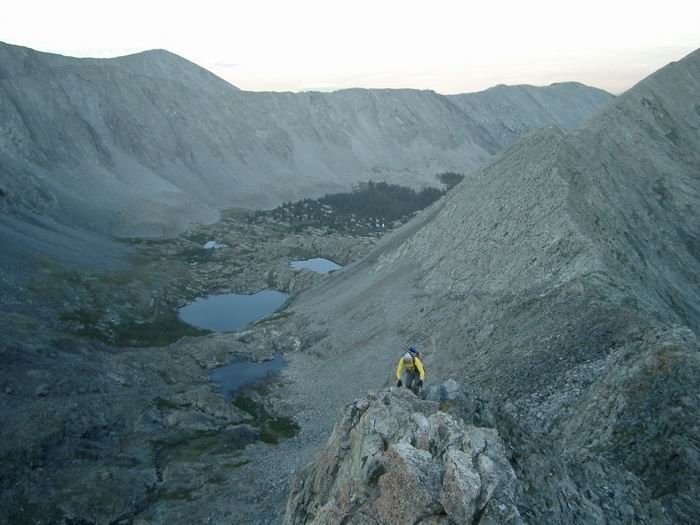 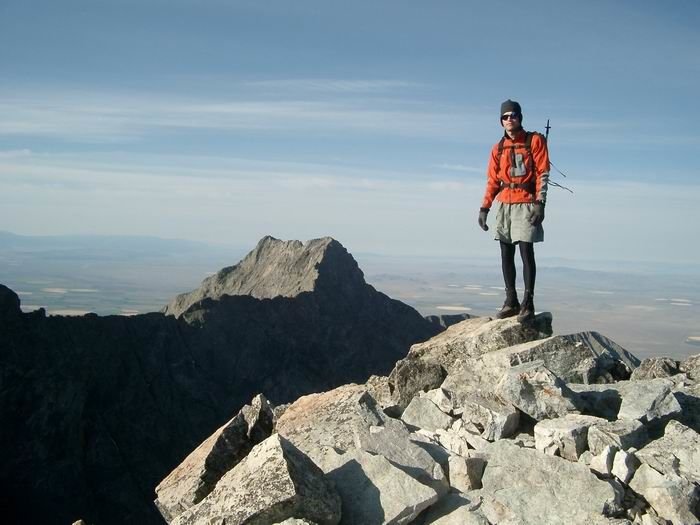 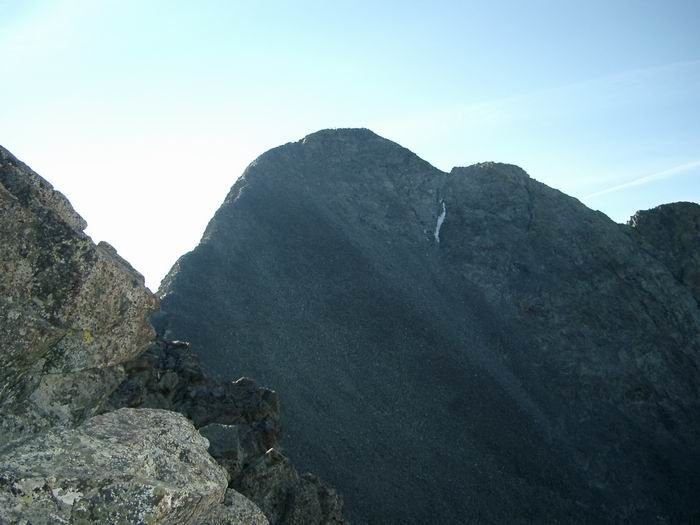 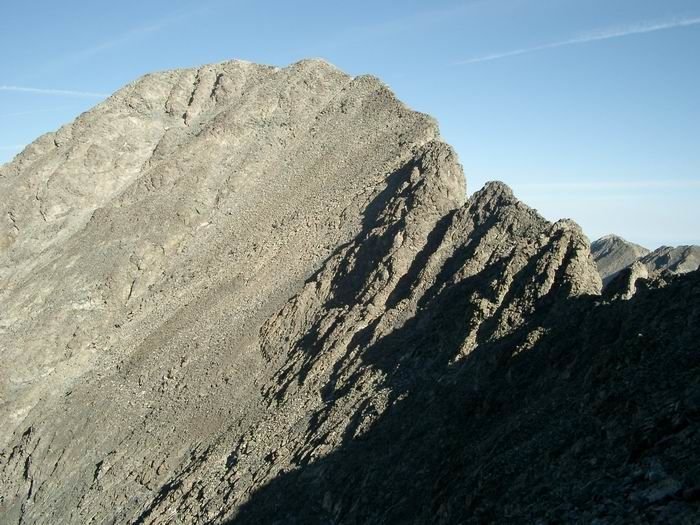 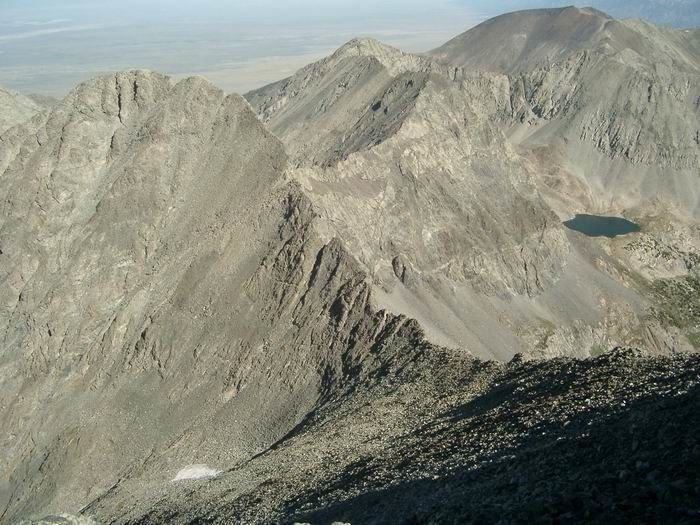 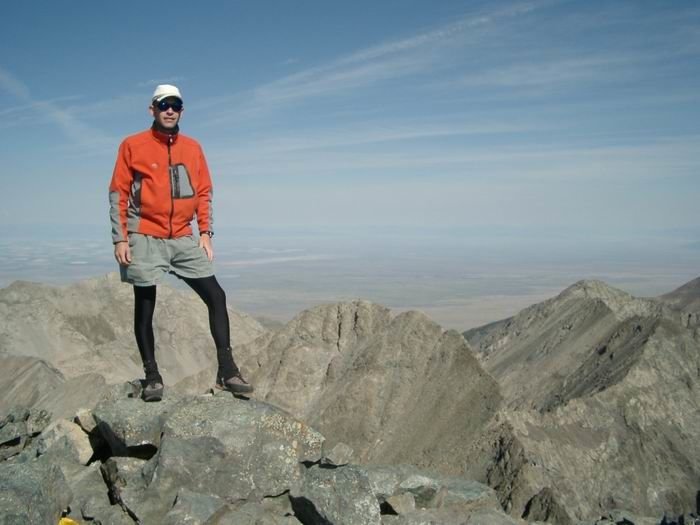 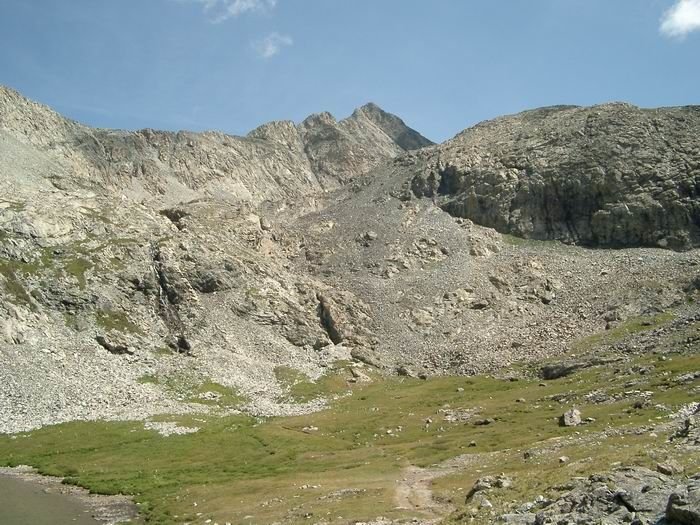