After our successful climb of the Maroon Bells, Mark, Sarah, and I briefly discussed returning to the Aspen area and teaming up for Pyramid Peak too.  Several other individuals were interested in the trip; however, Doug was the only one who ended up joining us for the day.  We took the standard northeast ridge route up Pyramid Peak with nothing extraordinary to report.  It was a beautiful day and we were all were happy to have climbed Pyramid Peak.

Since Doug decided to abandon our plans to meet at the Pyramid Peak/Crater Lake trail junction at 5:00 am (he was planning on camping at Crater Lake), we blew right by the intersection and ended up backtracking a bit before having it pointed out to us by some other climbers.  We eventually started up the trail which contained many orange, yellow, and red stake markers every 15 to 20 feet.  We eventually caught up to Doug after 15 to 20 minutes of hiking, and he indicated that he was concerned we were ahead of him, so he started up the trail.  Introductions were brief as we continued towards the Pyramid Peak amphitheater.

It was becoming light as the trail gave way to a large boulder field below the hanging basin.  We did a little boulder hopping before finding ourselves on a solid snow field that led us the rest of the way to the base of Pyramid Peak's north face.  At this point, we followed a couple of large cairns to the east across the amphitheater and towards the route which would take us to Pyramid Peak's northeast ridge at the 12,980' saddle.  From Maroon Lake to this saddle, route-finding is a mute point.  There is a trail nearly the entire way, and although the ascent from the amphitheater to the saddle is steep and slightly loose, it is obvious where to go.

We took a break on the saddle, where the application of sunscreen and lip balm took place.  We ate and drank knowing Pyramid Peak's summit was a mere 1,000' away.  Of course, this would prove to be the most difficult section of the climb, but we set a goal to be on the summit in an hour.  Initially, route-finding is not difficult.  We followed a strong climber's trail and cairns for quite some time before questioning our route.  Even then, with everyone keeping an eye out for the easiest and most convenient route, we were never held up from progress for more than a minute or two on occasion.  We worked our way up through the jumble of ledges, ribs, and gullies, before making the summit at 9:00 just as predicted.

With the ascent of North Maroon Peak still fresh in our minds, Mark, Sarah, and I agreed that in comparison, Pyramid was slightly more difficult.  The route-finding is a bit more intense, the technical climbing is more difficult, and the rock is significantly more loose than the northeast ridge route of North Maroon Peak.  Nevertheless, this route is reasonable if you take your time and search for the easiest and safest route.  We did knock several rocks loose despite our attempts to be as careful as possible.  Fortunately, only one other party was on the mountain in this section when we were.  It took us 4 hours and 35 minutes to ascend, we spent 45 minutes on the summit, and the descent was 3 hours and 30 minutes. 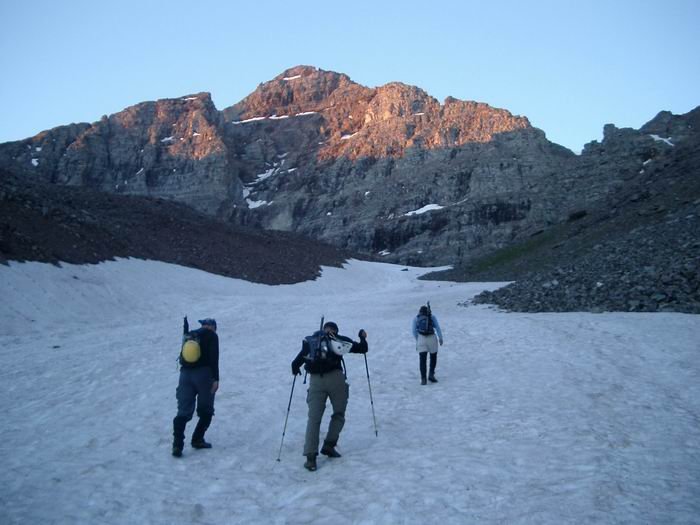 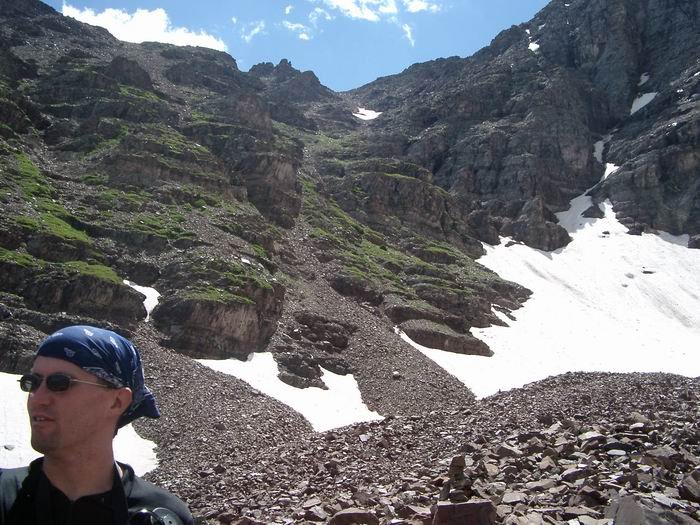 Route from the amphitheater to the saddle below Pyramid Peak. 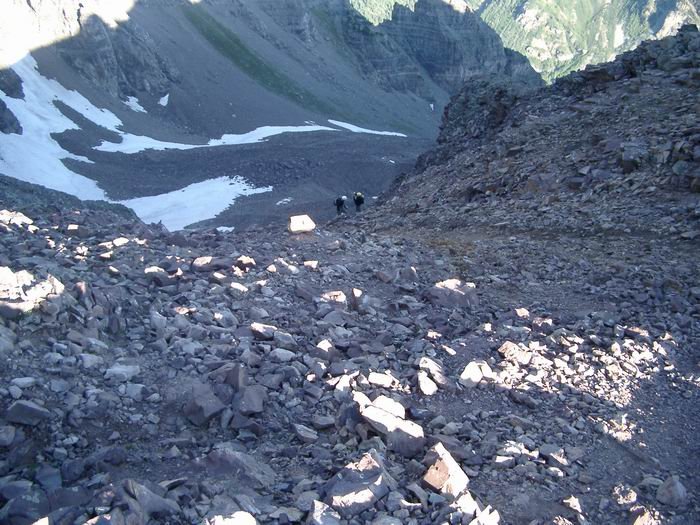 Looking down into the amphitheater from the saddle. 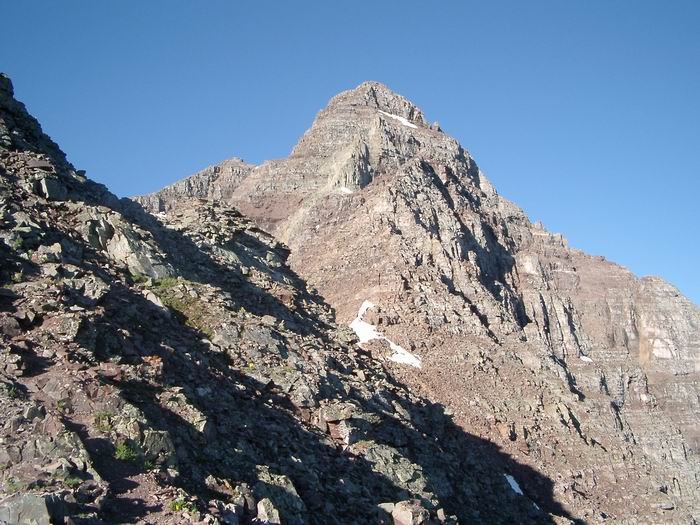 Pyramid Peak from the saddle. 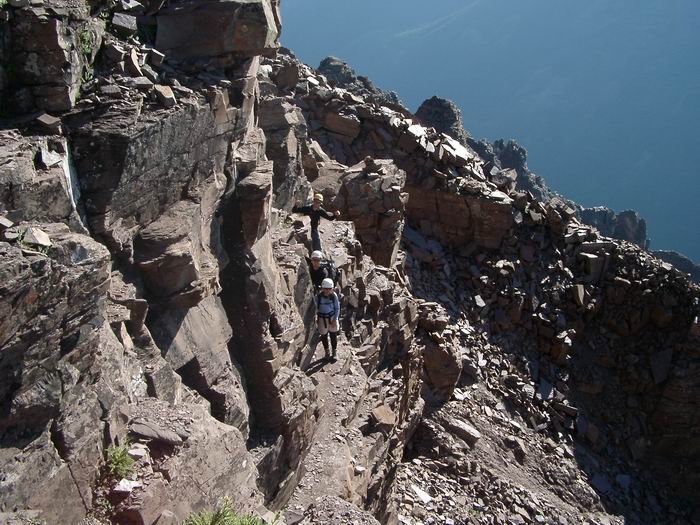 Doug, Mark, and Sara on a narrow ledge. 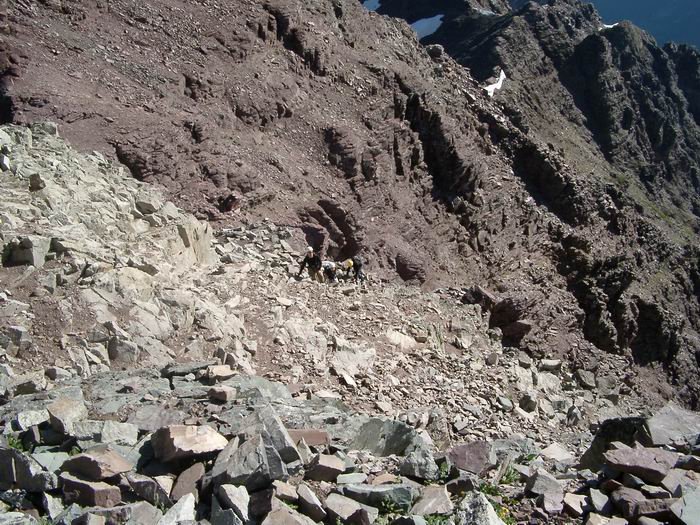 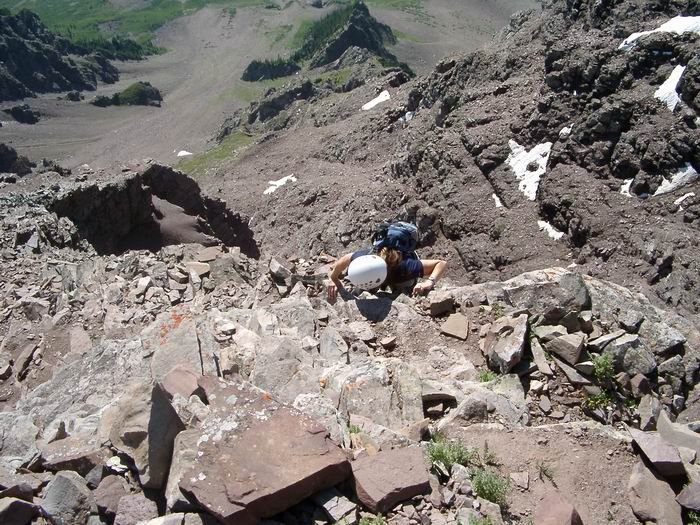 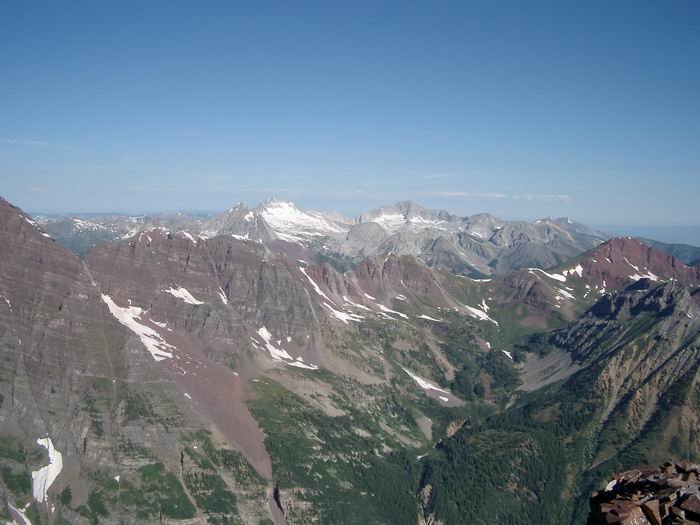 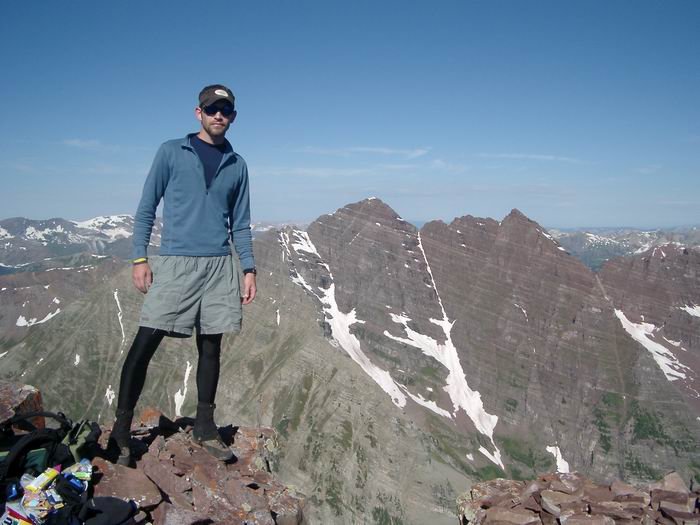 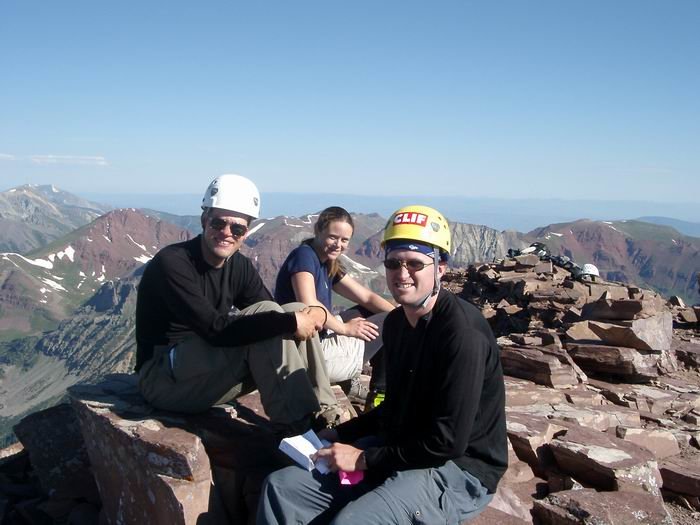 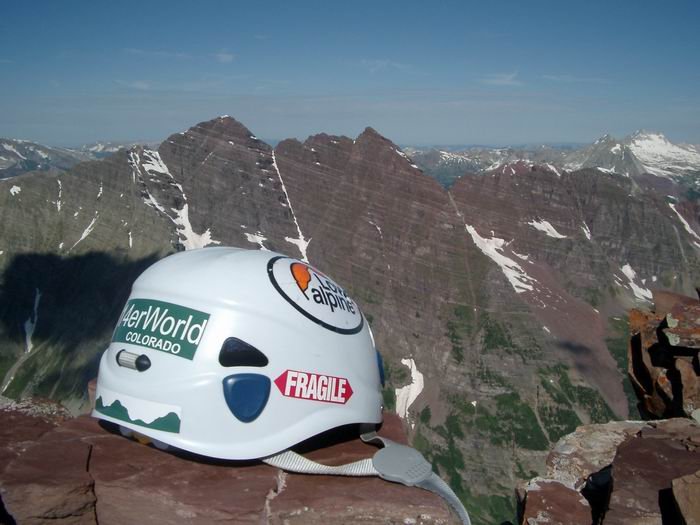 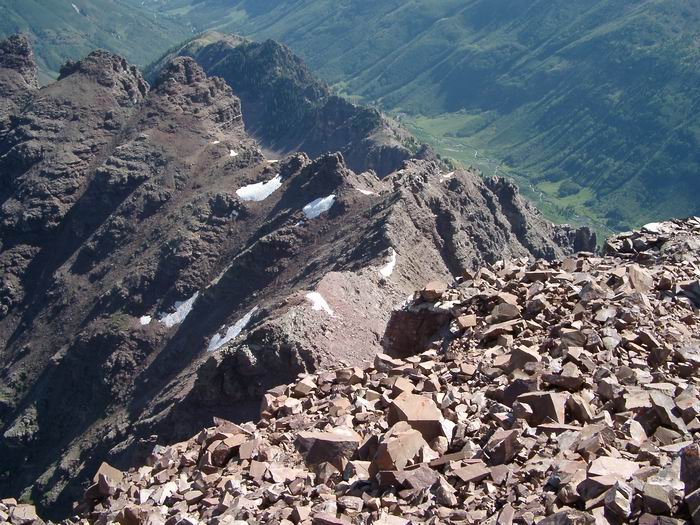 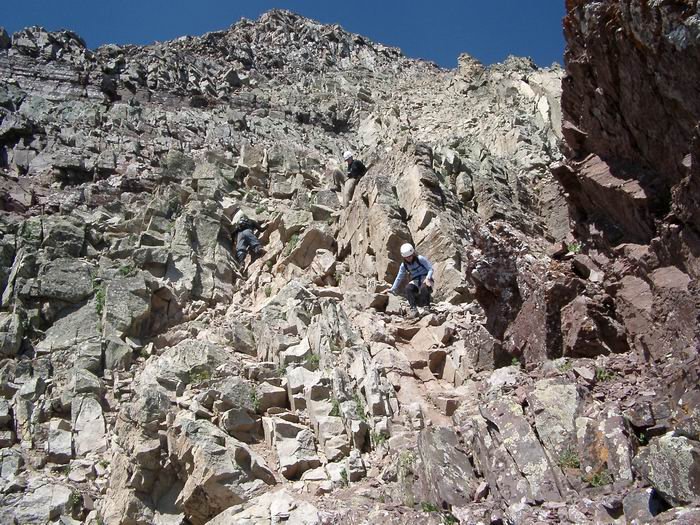 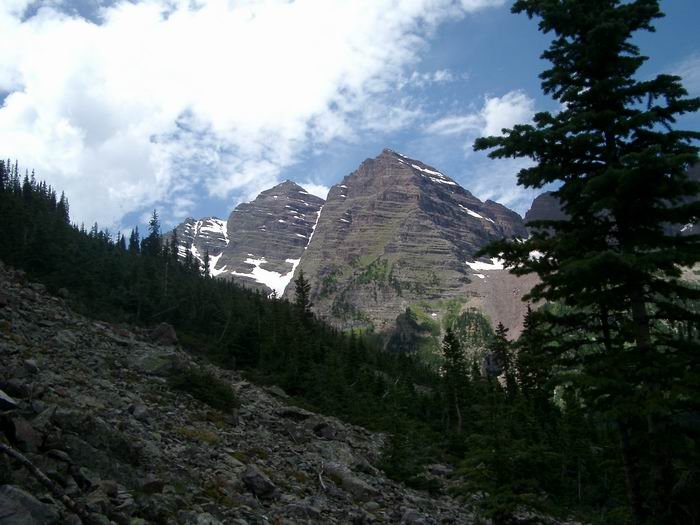