I spent most of the winter ice climbing and hiking low peaks in the foothills of the Front Range.  As a result, I hadn't been to 10,000' since the middle of January and hadn't put in more than 2,000' in a day since last Fall.  The Grand Couloir has been on my short list of snow climbs for several years, so I decided to give it a shot.  The climb is south facing and generally sets up earlier than many other couloirs in the State.

I drove from Highlands Ranch, Colorado, to Garfield, Colorado, on Friday evening in order to get an alpine start on Saturday morning.  I got to the turnoff for Forest Service Road 230 relatively early, so I drove to Monarch Pass to get a good look at the route and couloir.  Although the snow is fading, it certainly appeared as though there was adequate snow coverage to climb the couloir rather than either of the ridges that surround the gully.

I was able to drive 0.5 miles up the four-wheel-drive road until I became uncomfortable with the snow and getting stuck.  I found a place to pull off the road and dozed off around 10:00 pm.  My night's sleep was a fitful, but I did get some descent rest.  I started hiking up the road at 4:20 am with firm snow under my feet and reasonable weather.

I hiked up the road past the Boss Lake Trailhead to the wide apron of the Grand Couloir that starts at the road.  I started up the apron on neve snow as the wind was a bit stronger so I added a layer.  There were a couple of breaks in the snow, but you could stay on snow for approximately 80 percent of the climb in my estimation.

Although the Grand Couloir certainly looks grand from Monarch Pass, the climb itself is not that spectacular from a technical perspective.  It's actually a fairly mellow snow climb that lays back considerably when compared to viewing it from Monarch Pass.  I didn't put my crampons on until the last 900' of the couloir, and I never did take my ice axe off my pack and just used my trekking poles for the entire climb.

The descent off of the southwest ridge of Taylor Mountain was easy and straightforward until I got to tree line.  Route-finding remained easy; however, the soft snow in the trees made for some miserable and wet post-holing until I got back to Forest Service Road 230.  I was fairly soaked from my thighs down by the time I got back to the road, but I made it nevertheless.  I made quick work of the road hike back to my vehicle which I reached at 12:10 for a 7 hour and 50 minute car-to-car day. 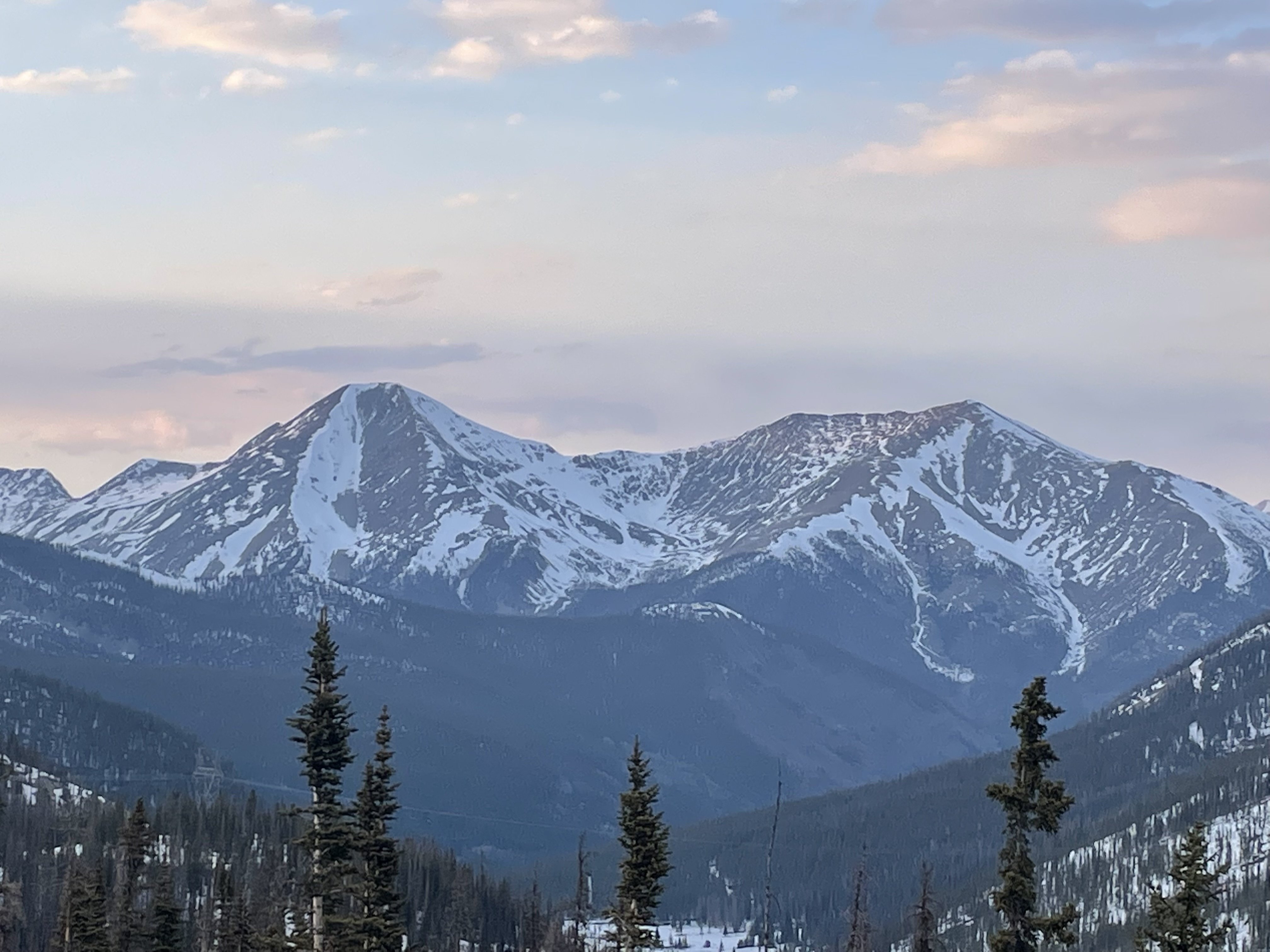 Mount Aetna and the mellow Grand Couloir about one-third of the way up.

Looking down towards the apron of the Grand Couloir and Forest Service Road 230.

Looking up the Grand Couloir about half way up the climb.

Looking down the couloir about half way up the climb.

Looking down the full length of the Grand Couloir.

Views to the south from the summit of Mount Aetna.

The summit ridge of Mounta Aetna and the top of the Grand Couloir.

Taylor Mountain from the summit of Mount Aetna.

Mount Aetna from the summit of Taylor Mountain.

Views to the north from the summit of Taylor Mountain.