Jeff and I were just using some leave before the end of the year and decided to go to Hidden Falls since the mountain weather was bad and Jeff had never been there.  Despite it being a Monday, there were 10 people at the falls throughout the morning and early afternoon.  We even ran into Eli Helmuth and Ryan Bogus, a couple of friends of ours.  Similar to Hully Gully last weekend, I sport led the pitch using the three ice screws of a climber that just went up the pitch.  I was glad the ice was hooked out and the gear was already in.  I thought it was a moderately hard pitch of ice that I got a little pumped out on.  After bringing Jeff up, we walked down to the base of the climb and I led the left side of the flow to the bolts in the cave on the left and set up a top rope since another party was setting up a top rope on the main ice.  This second short lead I did was easier and I felt more comfortable.  We got a lot of laps in using our rope and the ropes of everyone else.  There was more ice at Hidden Falls then I had ever seen on my previous three trips. 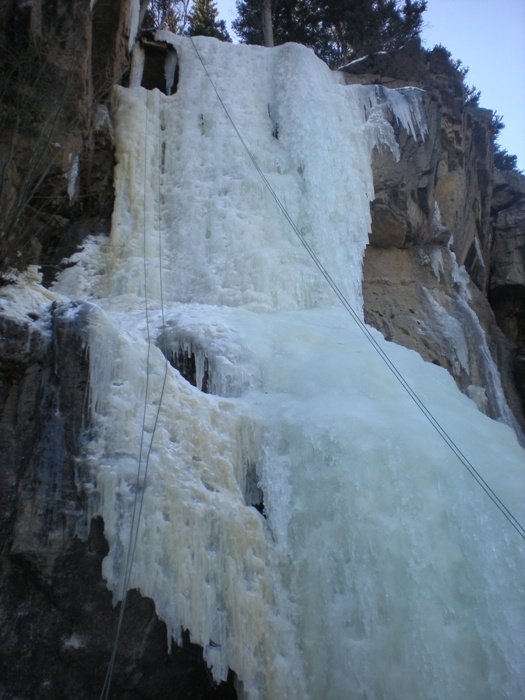