Since Rebecca and I had decided to leave Northern Idaho, Chuck decided to come up and visit for one last weekend of hiking in the Selkirk Mountains.  We decided to hike to Mount Roothaan as a warm up for an overnighter that was planned for the following day.  We were also able to get a close up view of Chimney Rock and reach the crest of the Selkirks in order to look into both the Pack River area and Priest Lake area.

We used the east route trail to access Mount Roothaan up the Pack River Road.  The first mile and a half we were on an old logging road which was fairly easy hiking.  After this, we came to the fork in the trail were I took the wrong turn in 1998.  The trail climbed steadily from here through trees until we reached the base of Chimney Rock.  We spent some time boulder hopping off trail and exposing ourselves to some class 3 scrambling in order to reach a knife ridge between Chimney Rock and Mount Roothaan.  We had lunch here while enjoying the views of Priest Lake and the surrounding mountains.  After eating some food, we scrambled to the top of Mount Roothaan where we took a few photos and then decided to return to our packs and hike out. 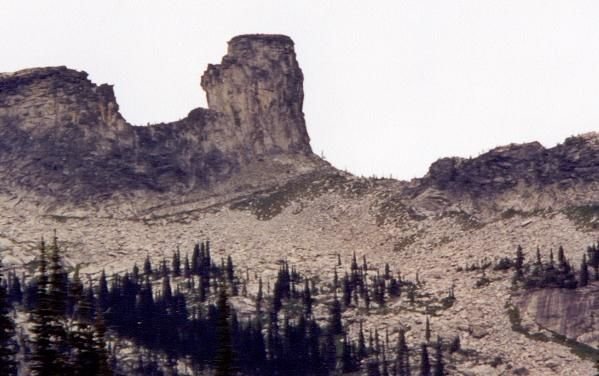 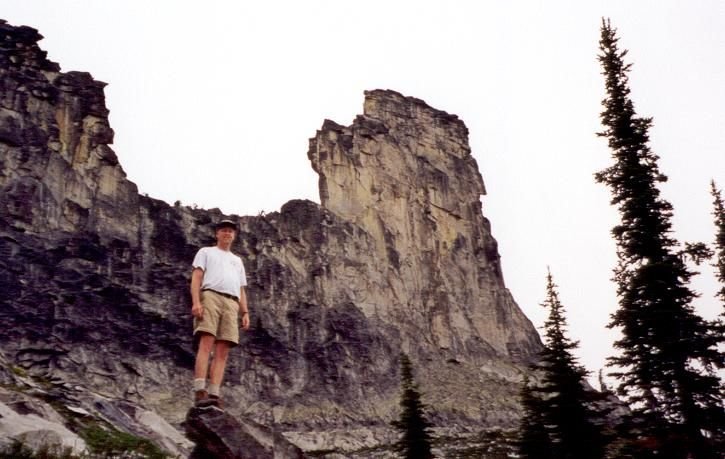 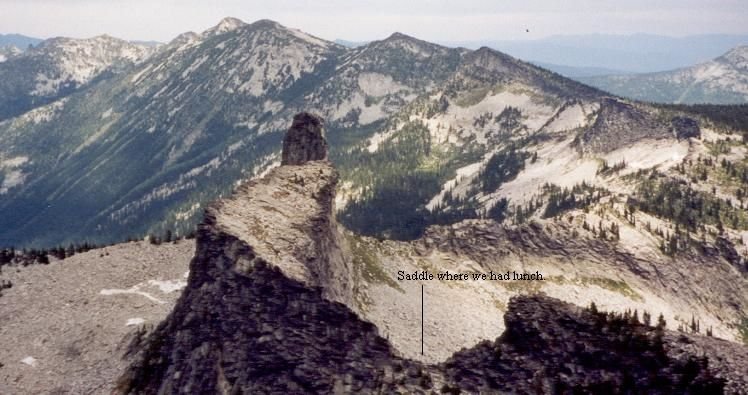