Day four of our backpacking trip to attempt to climb four Centennial Peaks was a more casual "rest" day for us.  Thursday had us heading over Noname-Ruby Pass between Monitor Peak and North Eolus to get into Ruby Creek in order to hike Pigeon and Turret Peaks.  We slept in a bit and then packed up camp 2 for another carry over a pass.

The hike over Noname-Ruby Pass was easier than Twin Thumbs Pass.  Both sides of this pass had a climber or use trail to follow and neither side was as steep as Twin Thumbs.  Getting from Lake 11754 to the meadows at 11,600' in Ruby Creek took us about two and a half hours.

We found a great site to set up camp 3 and had all afternoon and evening to recover from climbing Jagged Mountain and prepare to hike Pigeon and Turret Peaks.  Despite having low round trip mileage, the hike to these two peaks from upper Ruby Creek still had approximately 4,500' of vertical gain so we needed the rest. 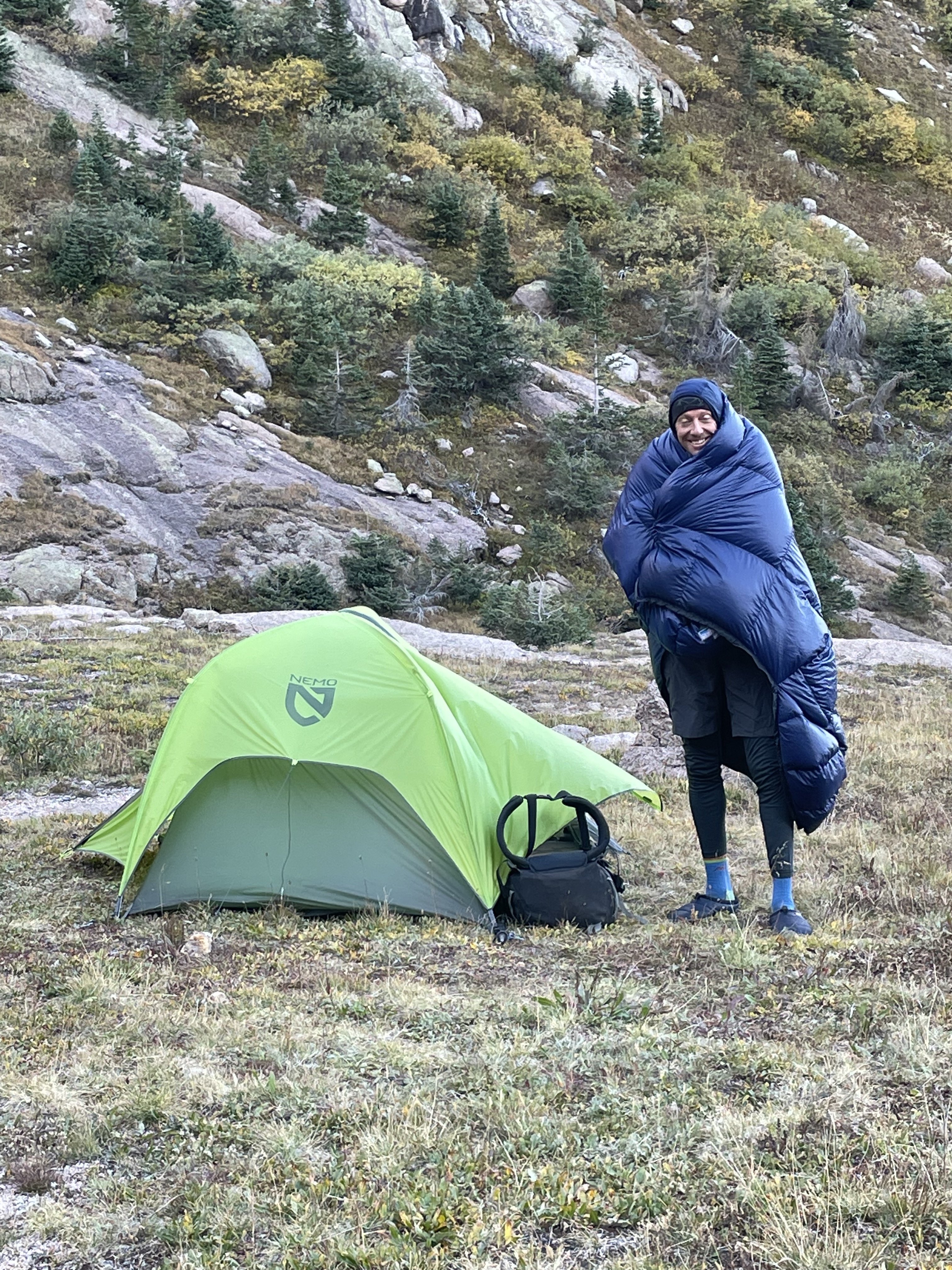 Brian trying to stay warm before the sun hit our camp. We took our time going over Noname-Ruby Pass. Brian hiking up to Noname-Ruby Pass. 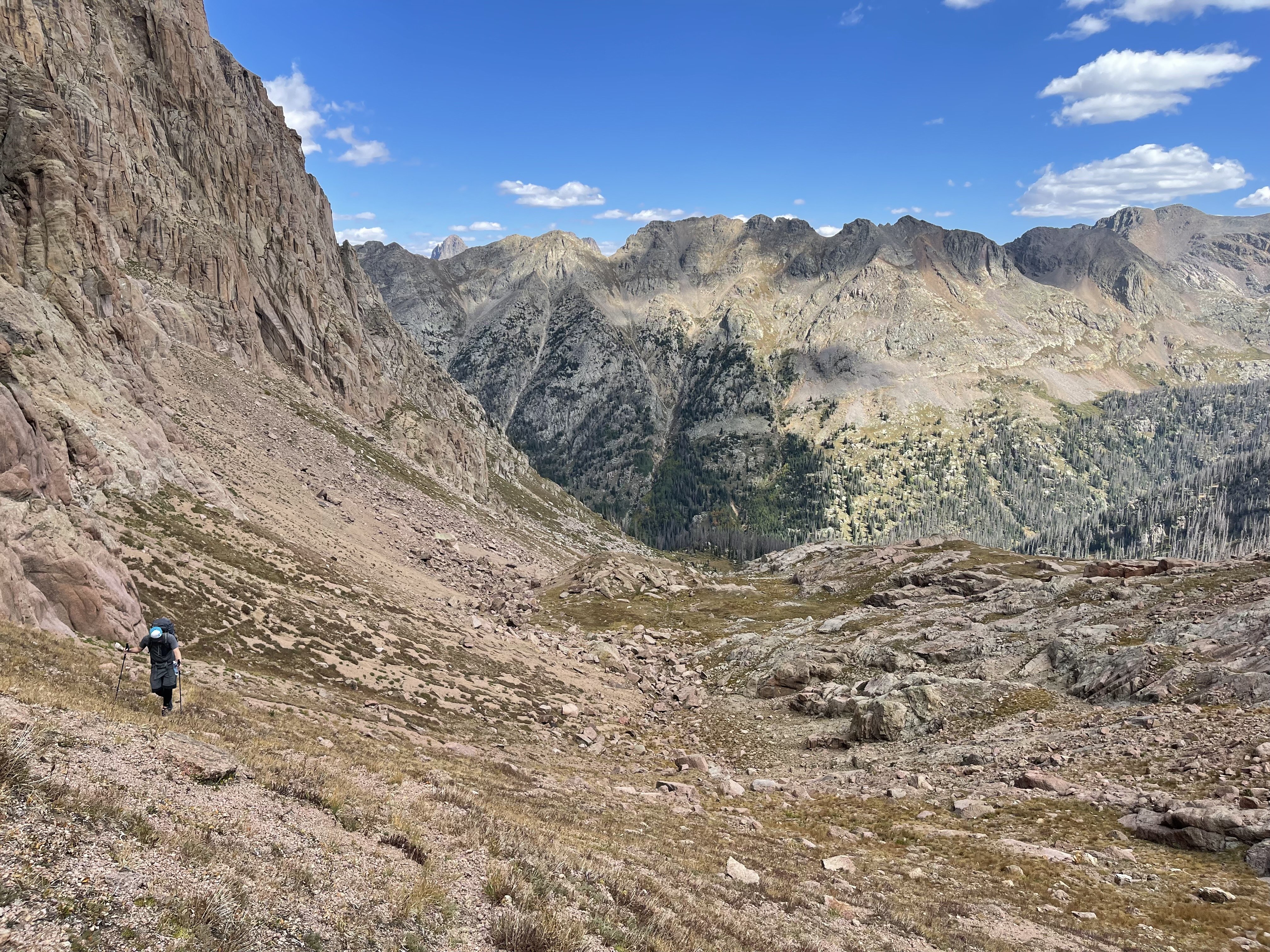 James hiking up to Noname-Ruby Pass. The descent off of Noname-Ruby Pass into Ruby Creek.