Brian and I had never heard of Secret Waterfall/Windy Saddle Ice Flow until this year despite the climb being just outside of Golden, Colorado.  The information we read about the climb online was mixed with regard to access to the route.  Initially we opted to drive up Lookout Mountain to Windy Saddle with plans to drop into the ice from above.  However, while at the trailhead a lady said she recently climbed it and approached from below on Highway 6.  As a result, we drove back down to Golden, Colorado, and found the access drainage off the highway about one mile past the first tunnel.  It looked like we could cross the creek easily and there was a well-packed trail from the start so we decided to approach from below.

Since there was a clear path with no new snow, the hike to the ice fall went relatively quickly.  We each led the route several times and did numerous top-rope laps also.  One other party showed up mid-day and did one run up the Secret Waterfall, but other than that we had the area to ourselves all day.  Nevertheless, it was clear the ice had seen plenty of traffic and was pretty beat out for the most part.  The route is half WI2 and half WI3 with the left side slightly steeper and more difficult than the right side of the top half of the pitch.  This would be a good first lead for someone starting out leading as the WI3 section is fairly short and easy.  There are bolts above the climb on the right.  After getting our fill, Brian and I stopped at the Golden City Brewery for a pint before heading home. 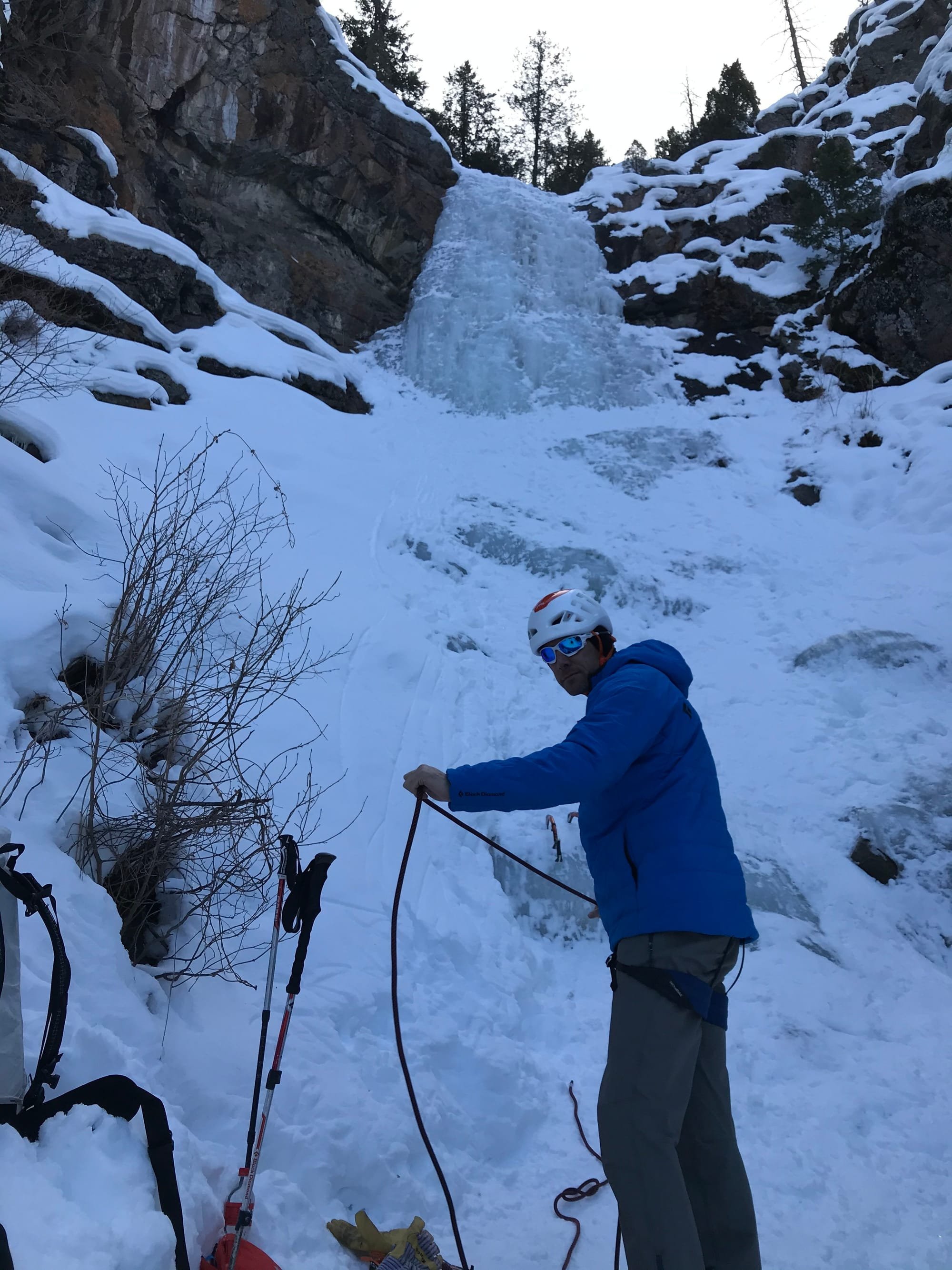 Brian flaking out the rope at the base of the climb. 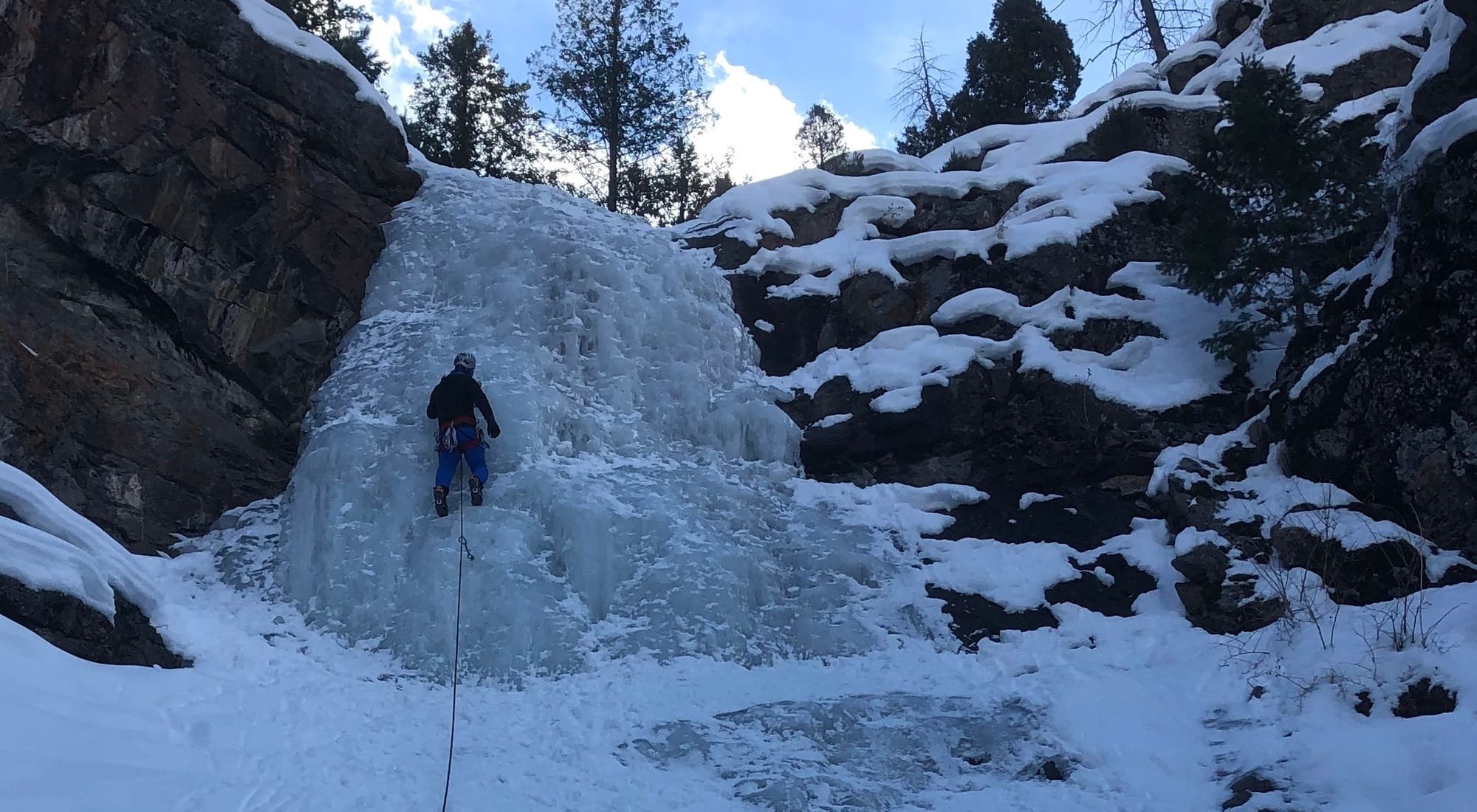 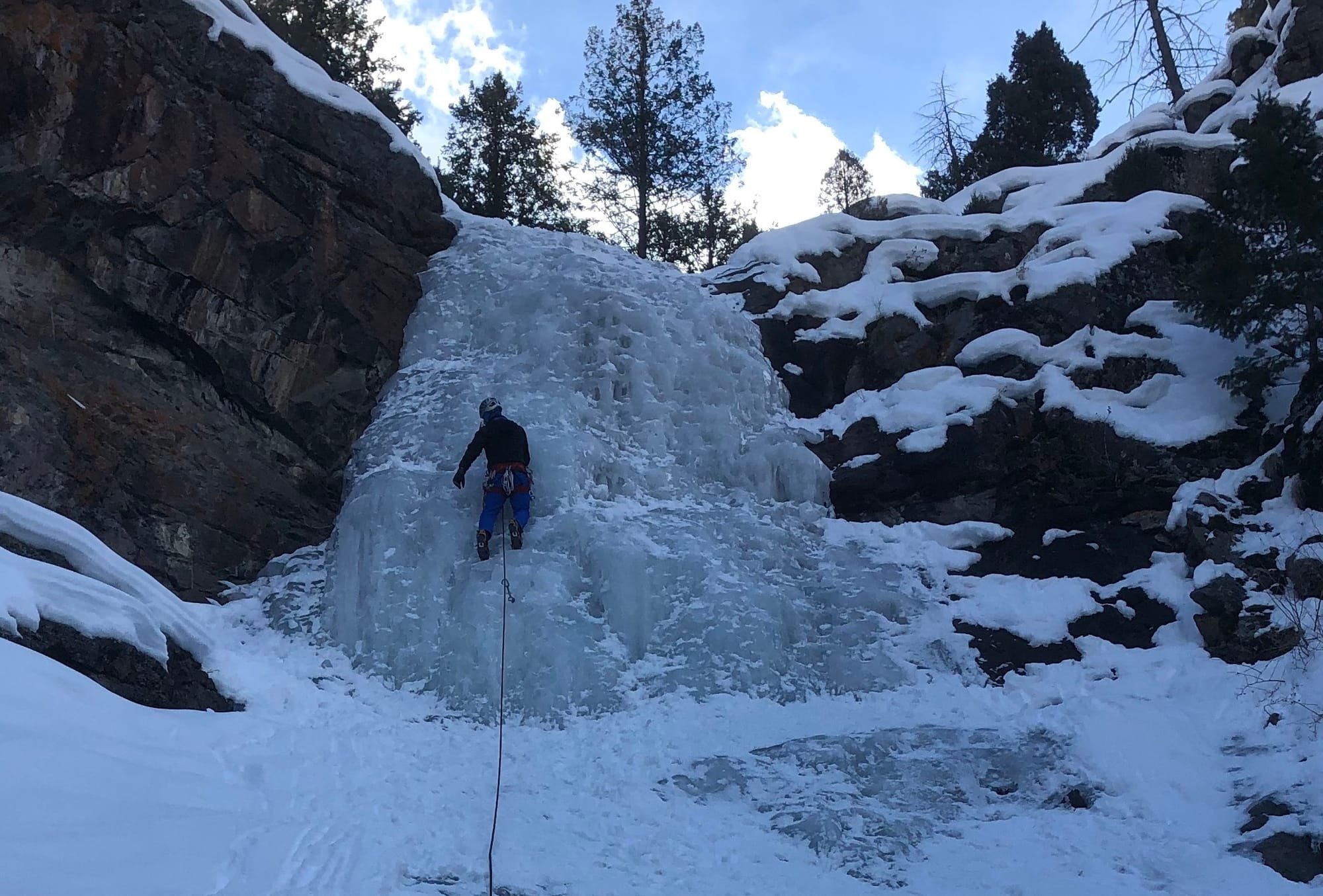 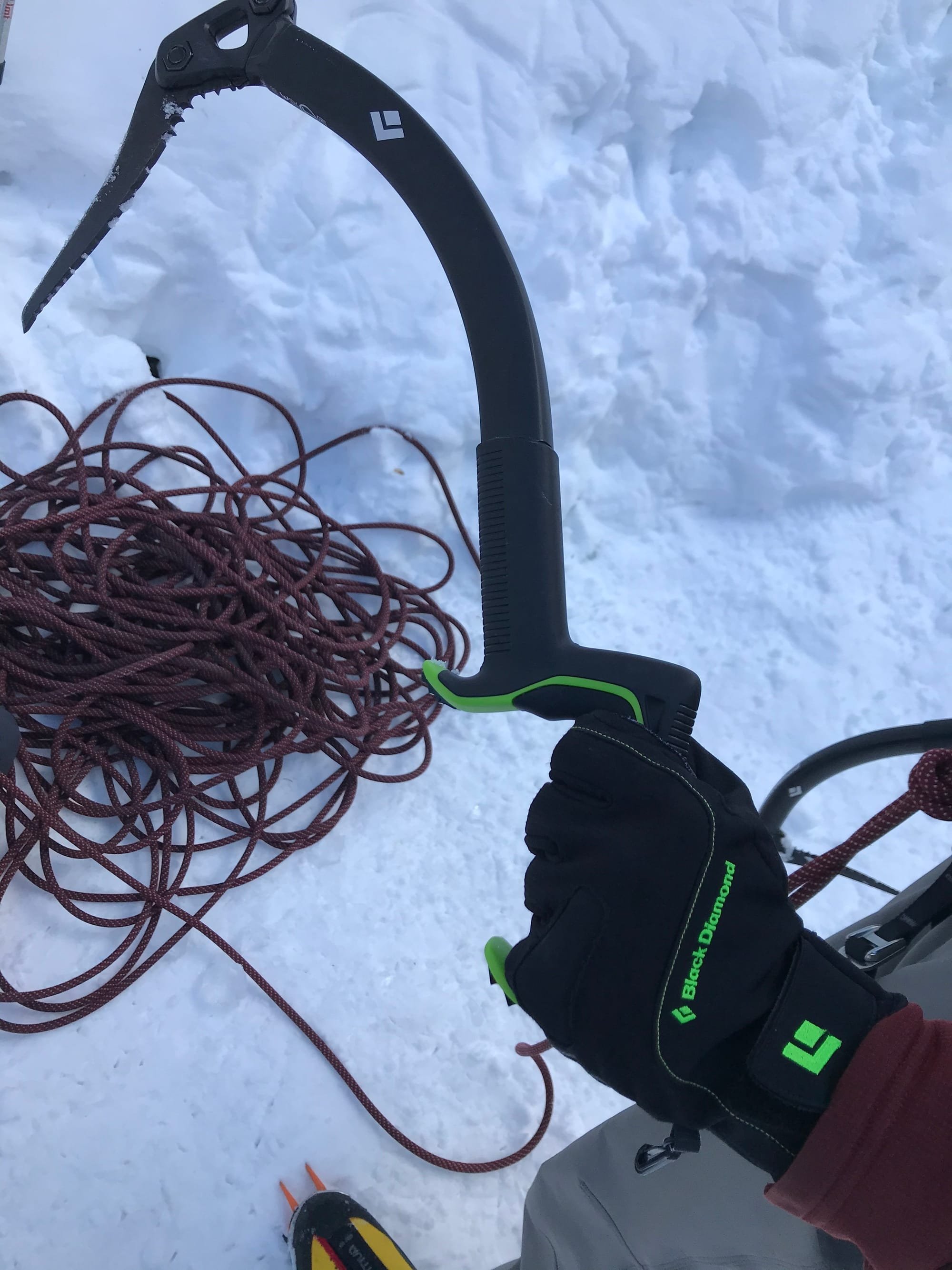 Brian was trying out some new ice tools. 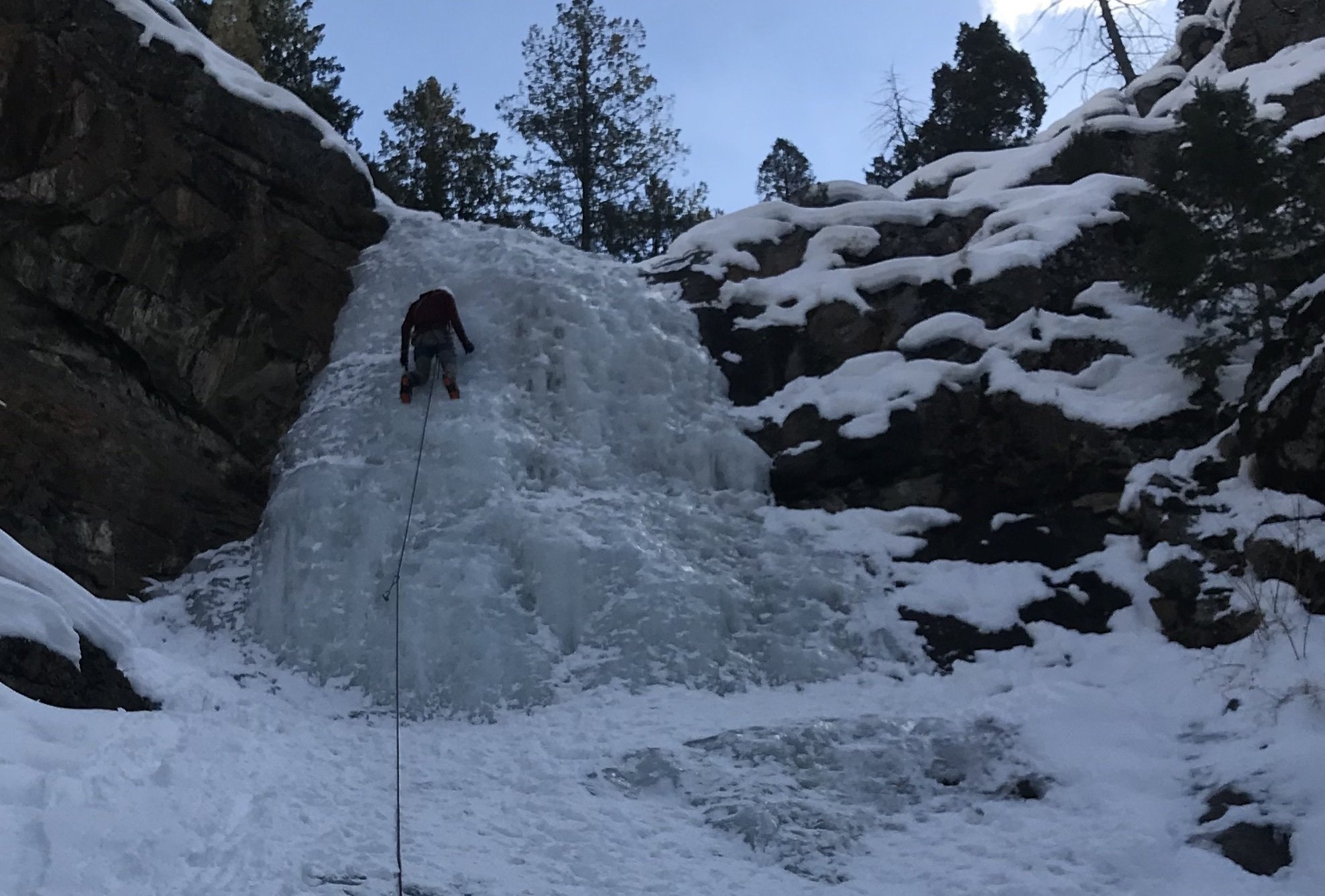 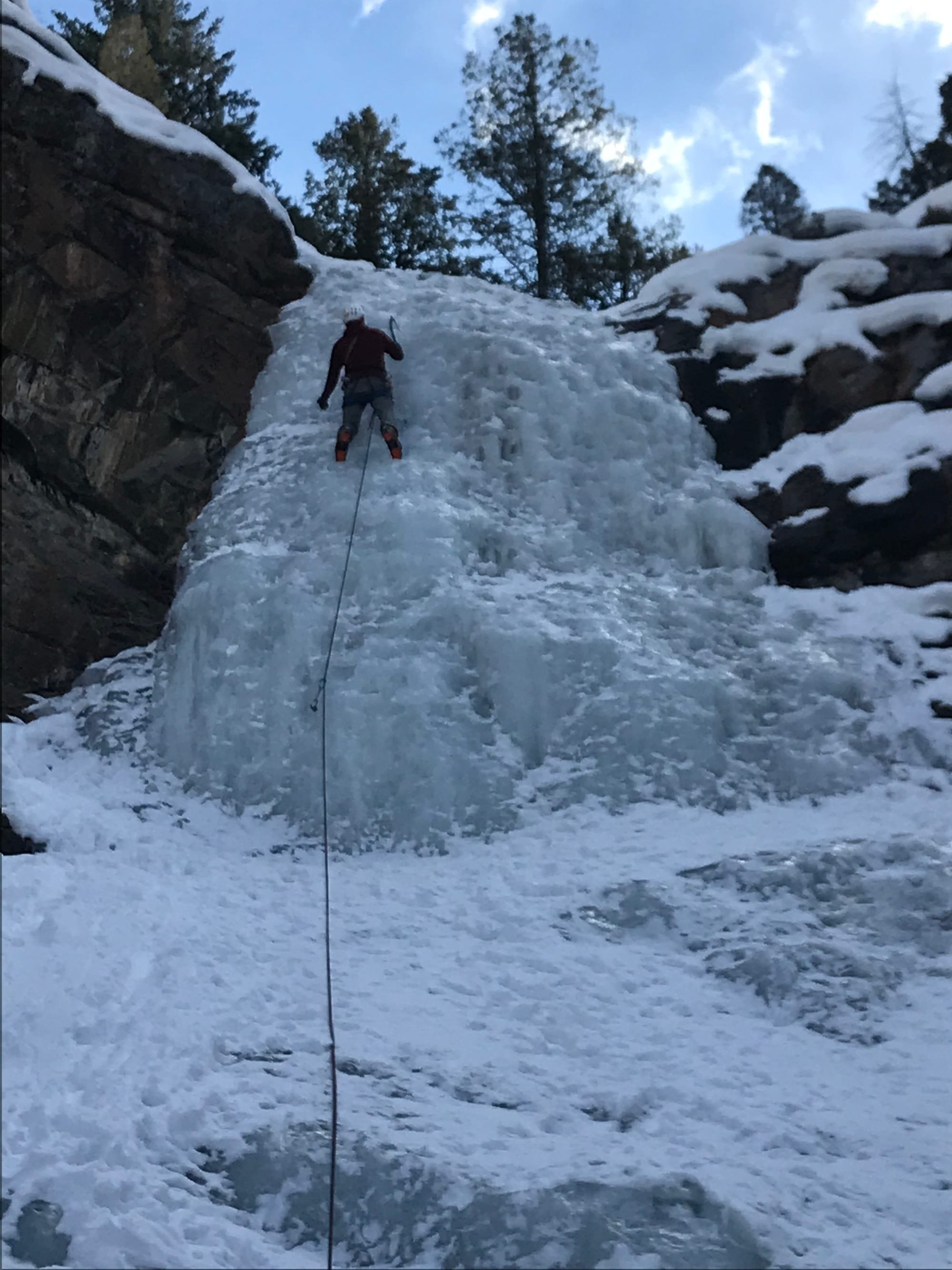 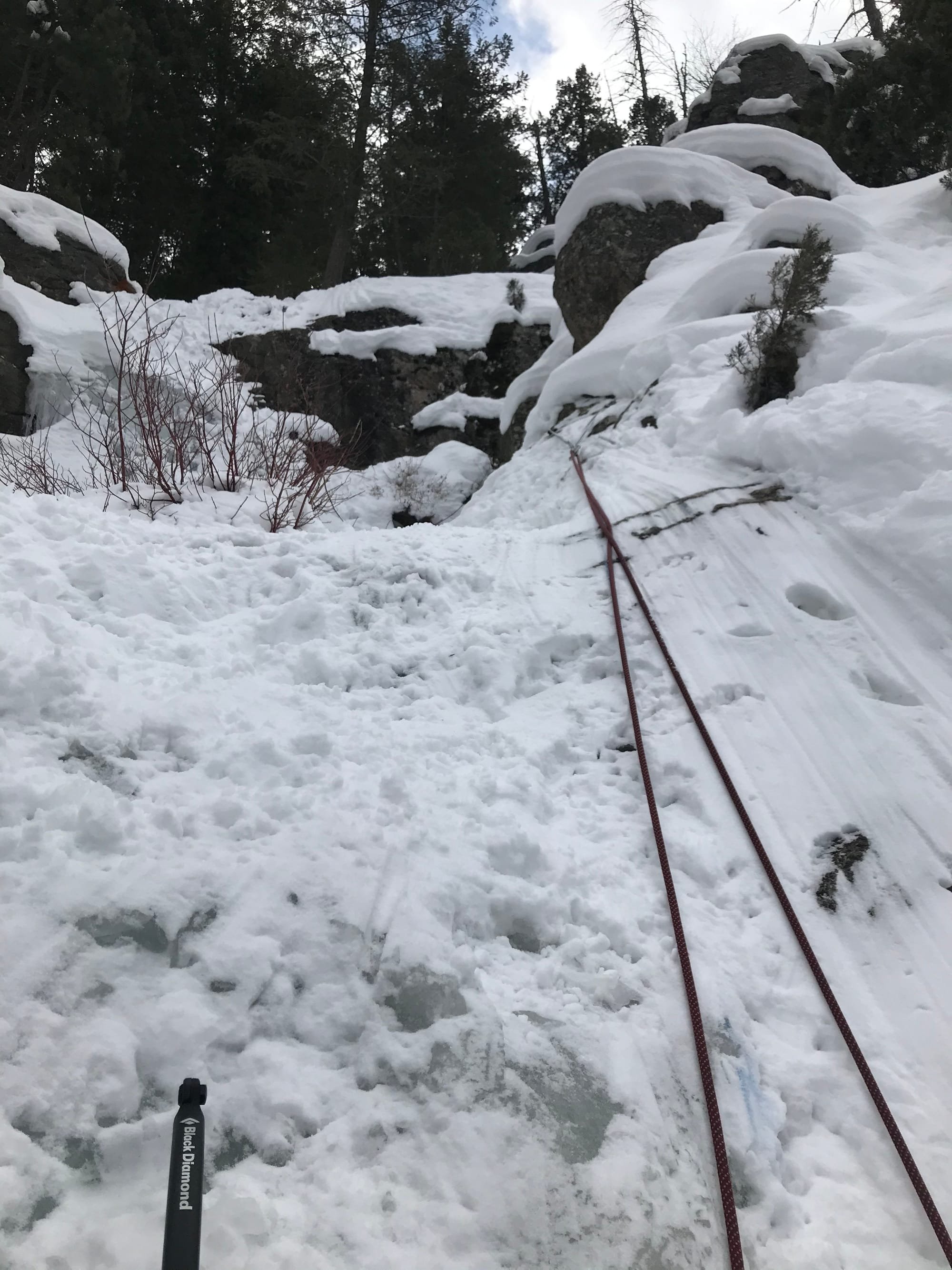 Anchor bolts at the top of the climb. 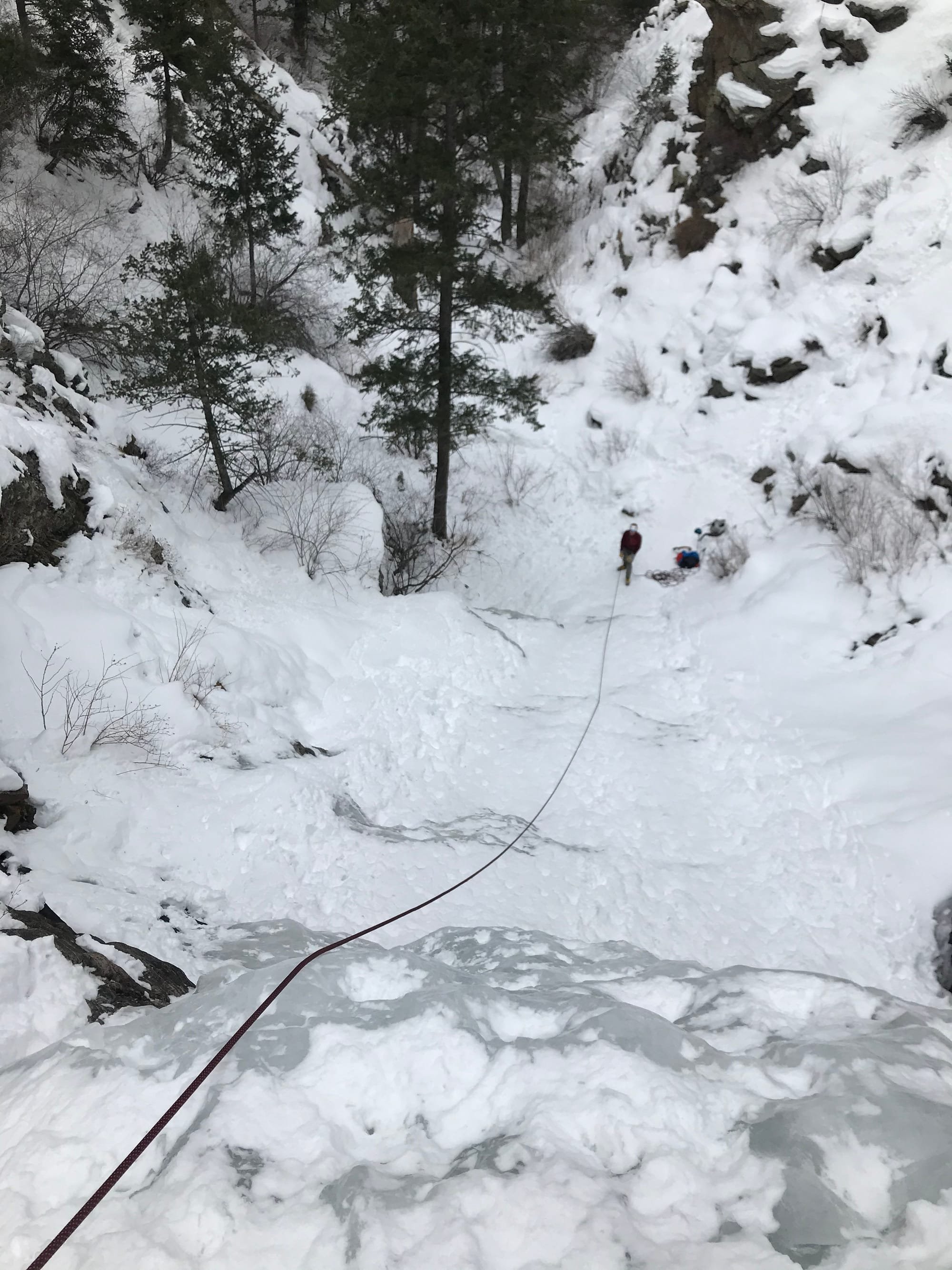 Looking down Secret Falls from the top of the route. 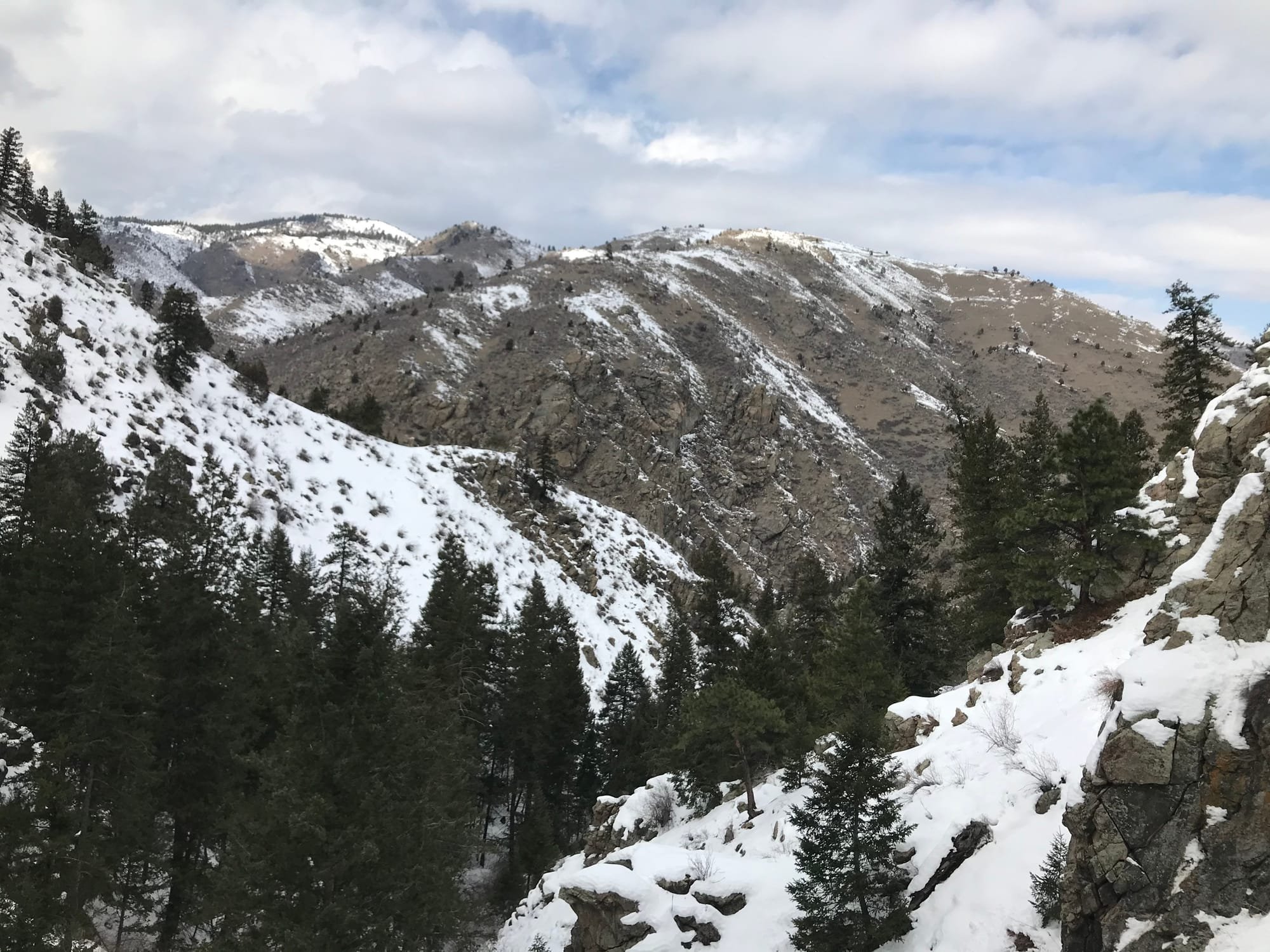 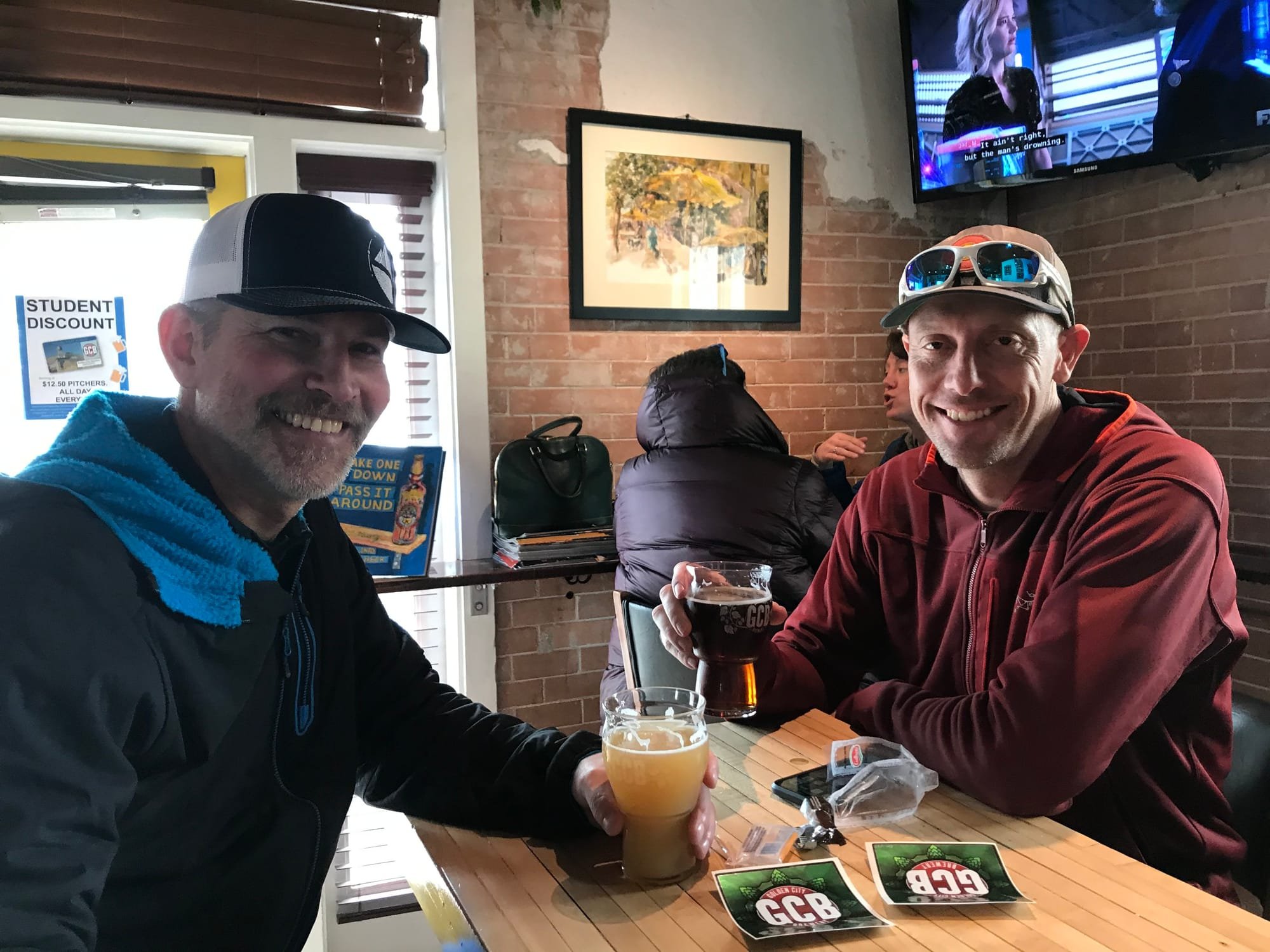