This hike was a late season snow climb to the highest 13er in Colorado.  I haven't had crampons on in August since 2011 when I climbed the Matterhorn in Switzerland.  I wasn't sure if the Grizzly Couloir was going to be in, but I decided to take a chance since it was such a heavy snow year for the state.  I was hiking at 3:45 and the trail was easy to follow with the exception of two large sections that still have a wide swath of avalanche debris.  Fortunately, I was able to quickly pick up the trail on the opposite side of the snow covering the trail and made it to Grizzly Lake at 5:45.  I gained some elevation above the lake and then made a high traverse across steep scree on the north side of the lake to the beginning of the couloir, which is southwest of the lake.

I reached the base of the climb at 6:05 and took an extended break to gear up and enjoy the sunrise.  The snow climb looked short, but it still took me an 1.5 hours to reach the top of the couloir, which I made at 8:00.  Snow conditions were still really good for early August, although the snow level is receding up the mountain.  After reaching the top of Grizzly Couloir, there is a short ridge hike to reach the summit of Grizzly Peak.  I was only on top for five minutes before dropping off the south ridge to the saddle between Grizzly Peak and Garfield Peak.  I was feeling poorly due to low blood sugar levels, which I was struggling with all morning.  I took another longer break on the saddle where I surveyed my descent route to the west and was visited by five mountain goats.

I started to feel a little better and began the traverse over to Garfield Peak.  After skirting Point 13620 on the west side, you hike the northwest ridge on Garfield Peak.  You generally stay on the south side of the ridge until just before the summit.  I incorrectly tried to gain the ridge too early on a couple of occasions and got cliffed out on the ridge and had to drop back down below the ridge.  I finally made it to Garfield Peak at 9:55 and spent 20 minutes on the summit signing the register, hydrating, and enjoying the views.

I returned to the saddle below Grizzly Peak and started down the west slopes route.  This was a miserable descent from the saddle to the road next to Lincoln Creek.  There was really no trail as you simply worked your way down loose, steep, and nasty scree to treeline.  I did not pick up any sort of trail in the trees and ended up bush-wacking for quite some time through thick brush before finally popping out on the road.  From here you simply hike the flat road for 2.5 miles back to the trailhead near Grizzly Reservoir.  I was pretty tired when I got back to my vehicle at 1:15 after a 9 hour and 30 minute car-to-car day in the mountains. 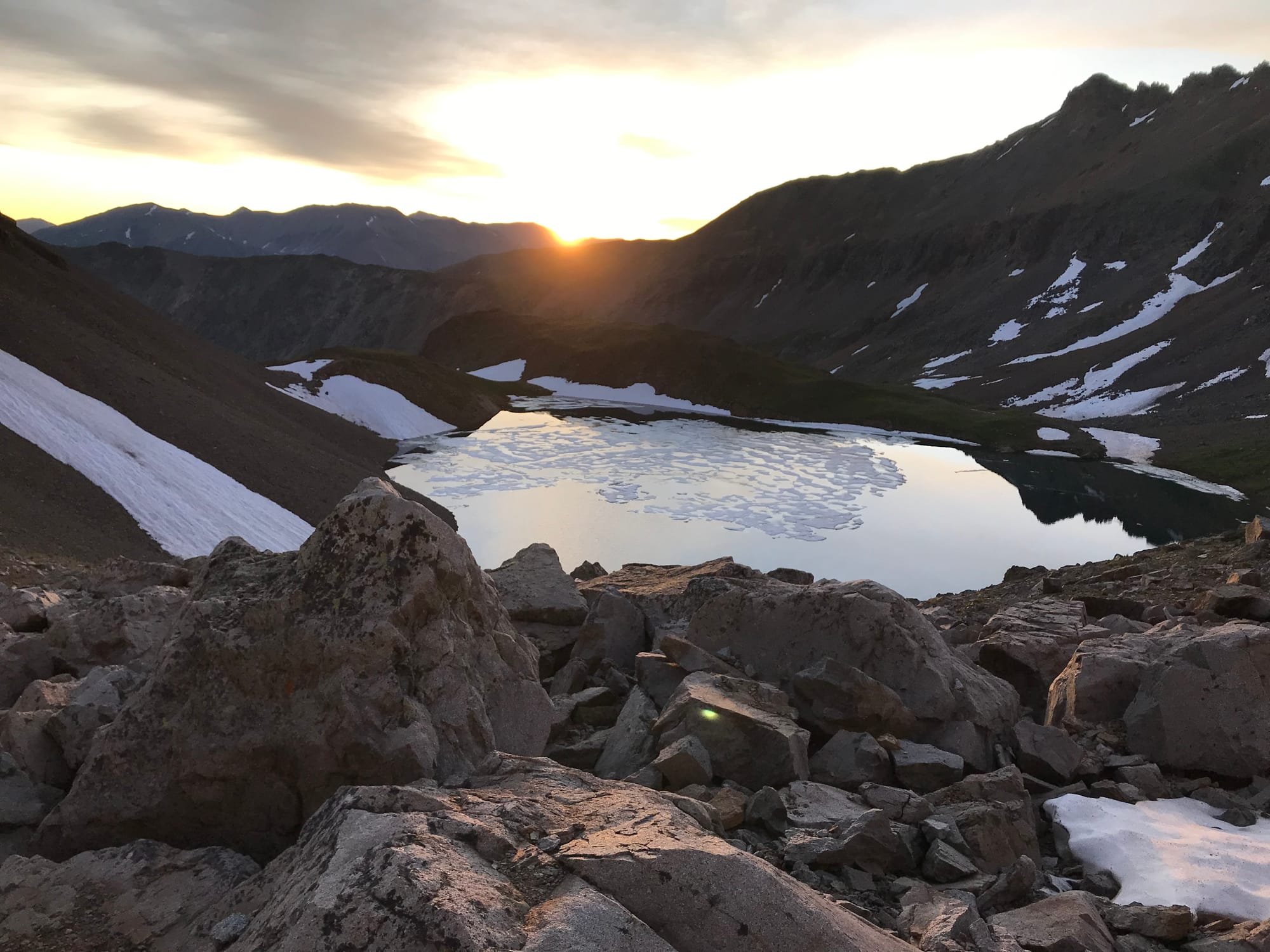 The sunrise over Grizzly Lake. 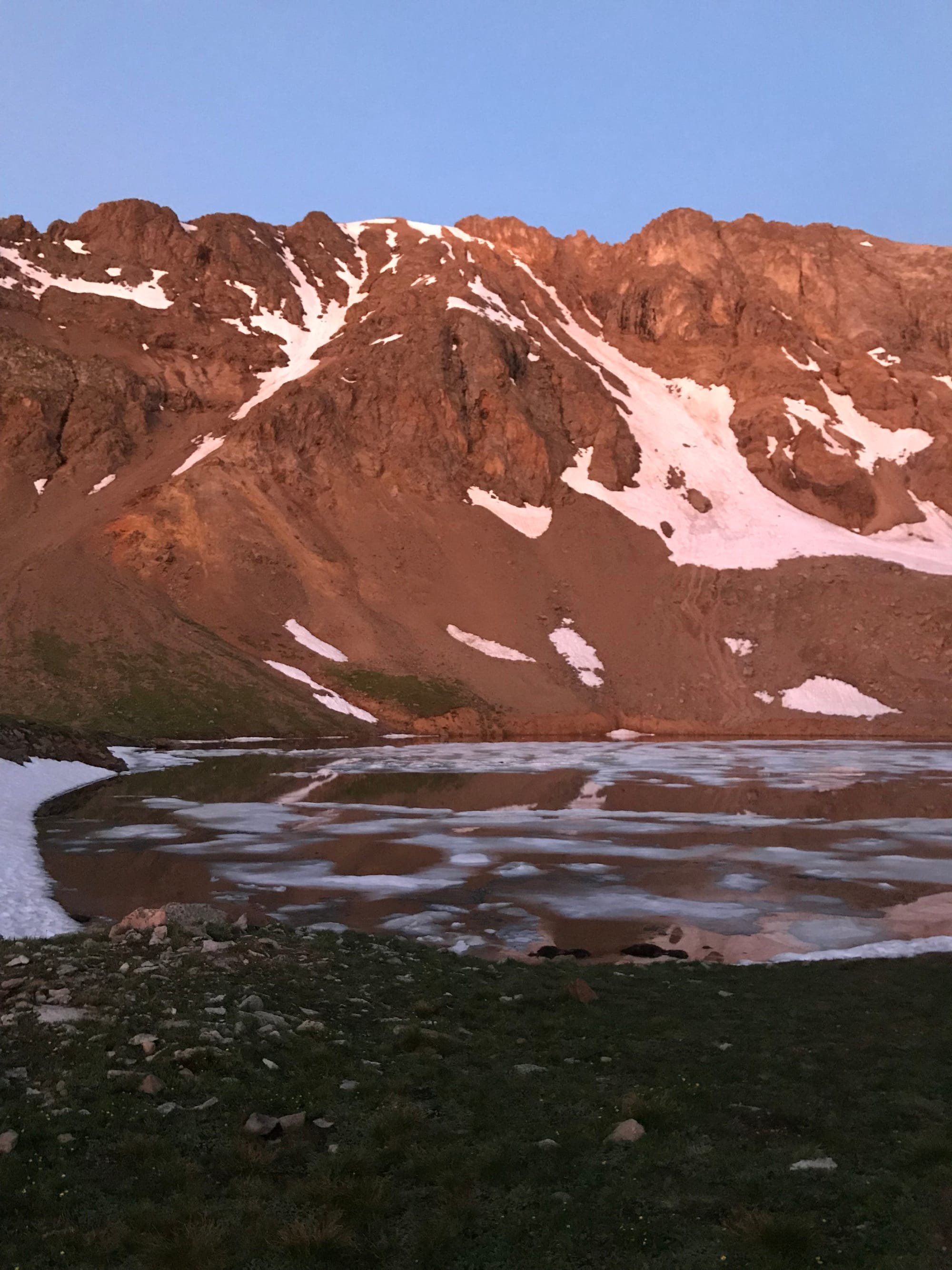 The Grizzly Couloir behind Grizzly Lake. The Grizzly Couloir from the traverse north of the lake. The Grizzly Couloir from the base of the climb. 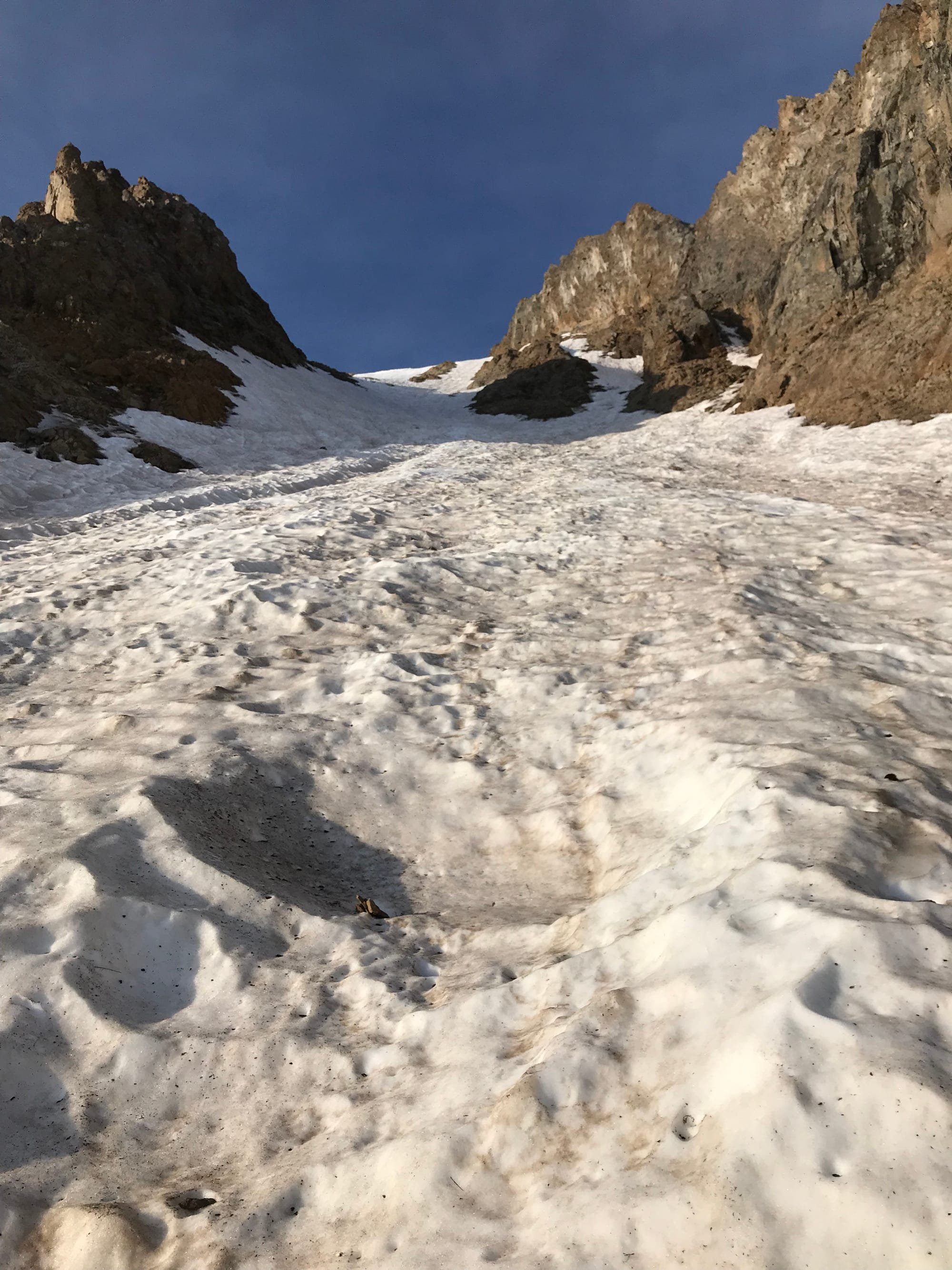 Looking up about one-third of the way up the climb. 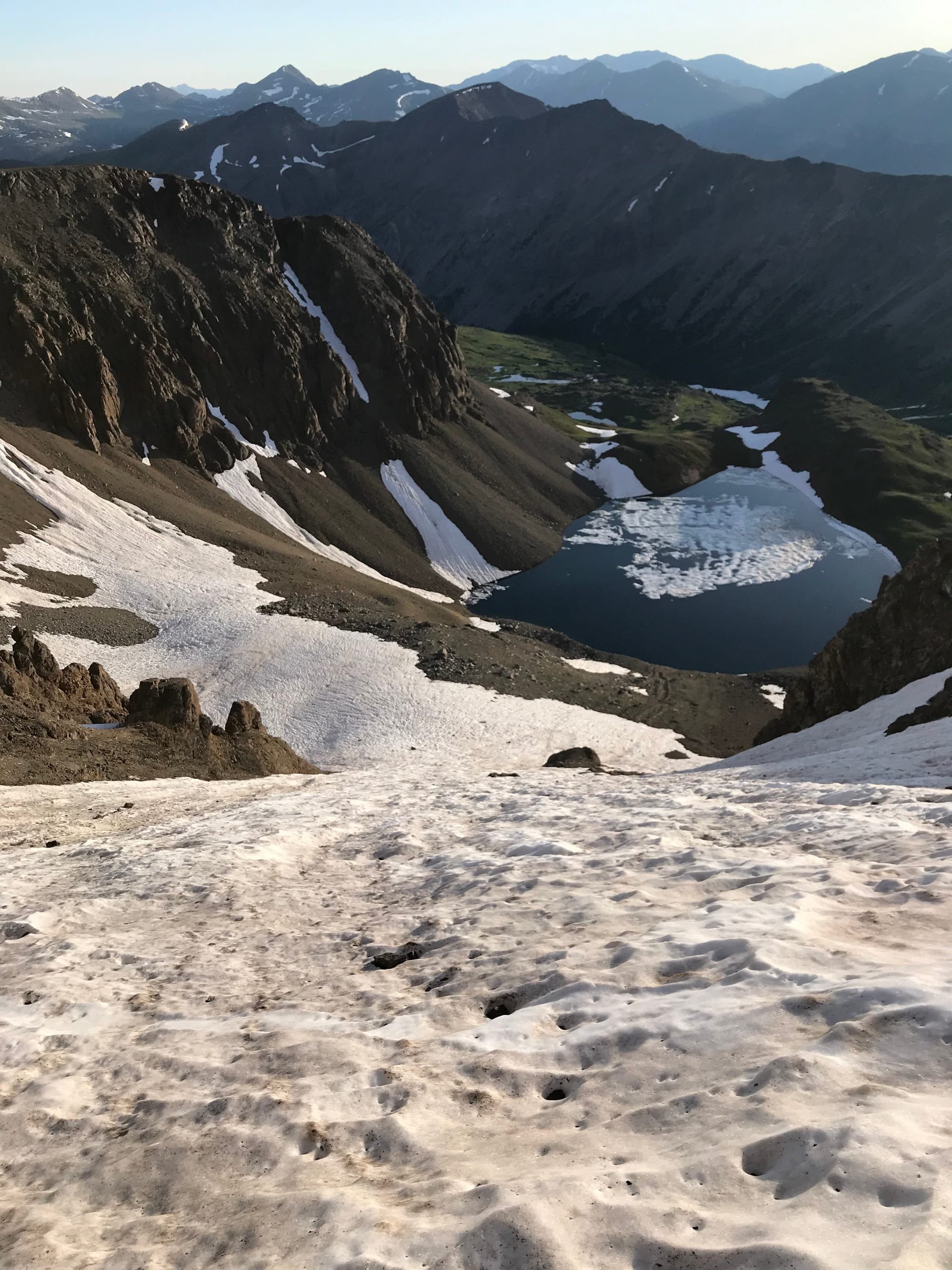 Looking down about one-third of the way up the climb. 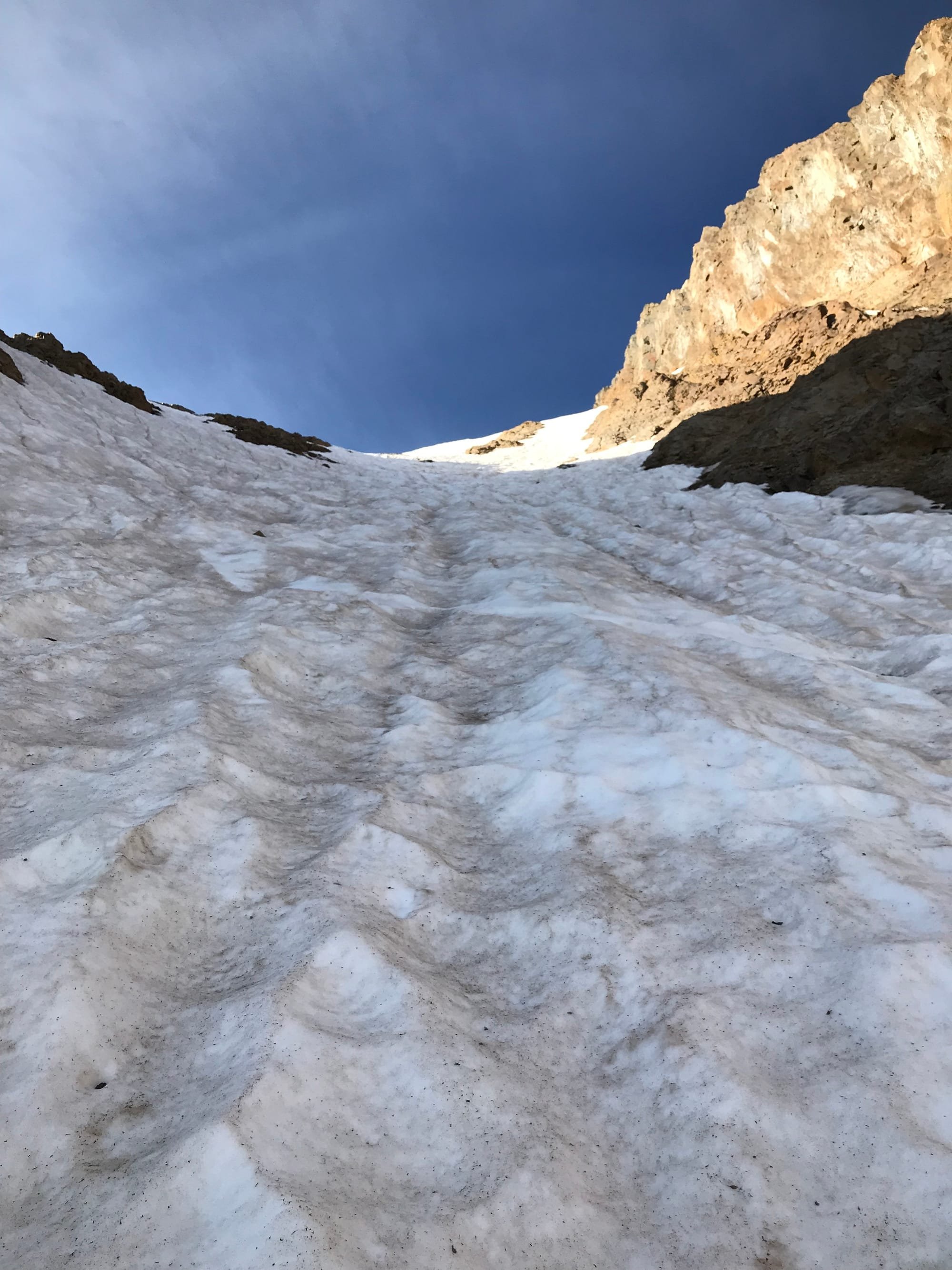 Looking up about two-thirds of the way up the climb. Looking down about two-thirds of the way up the climb. Looking down the entire length of the Grizzly Couloir. Grizzly Peak from the top of the Grizzly Couloir. 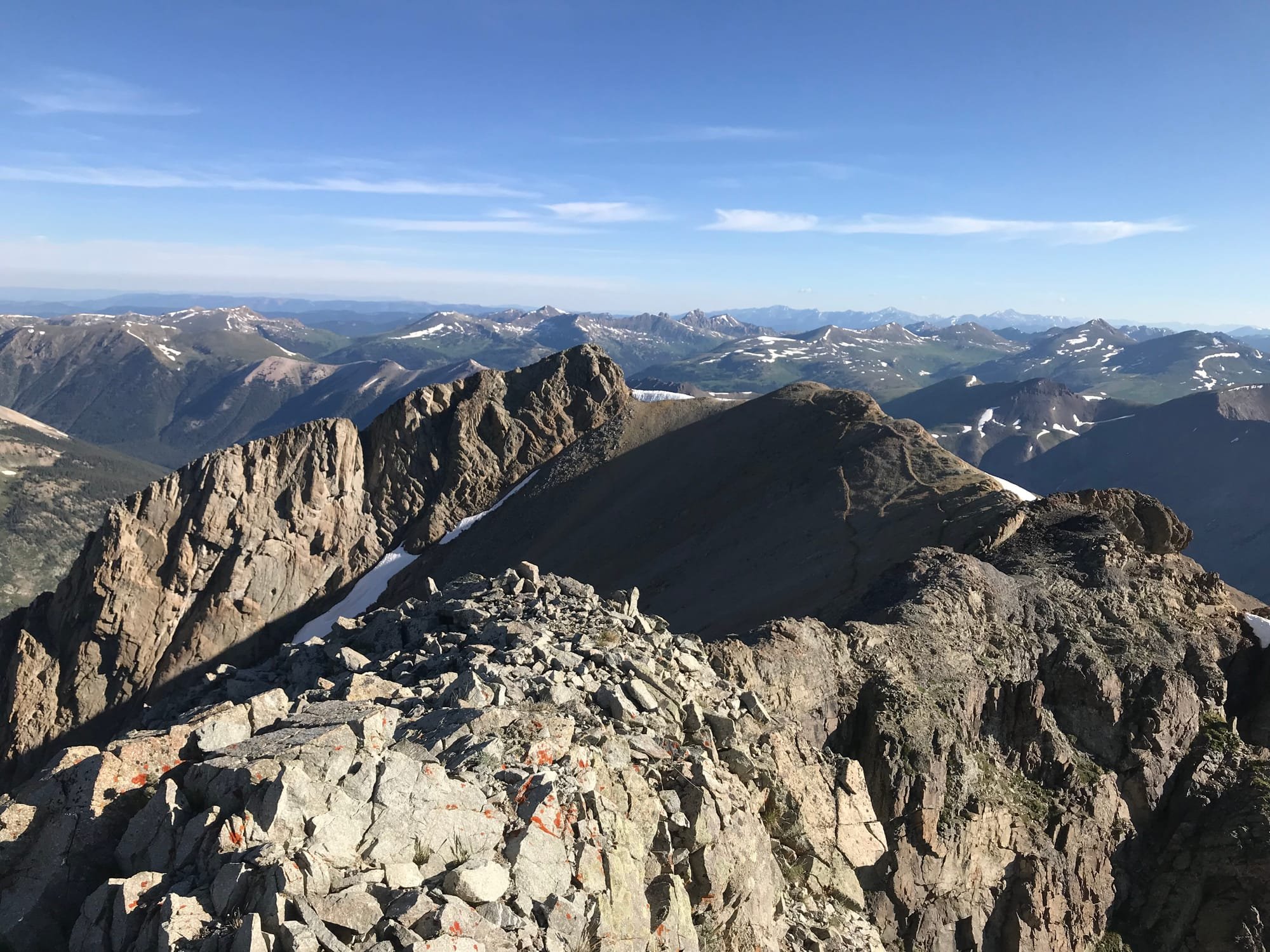 Views to the north from Grizzly Peak. 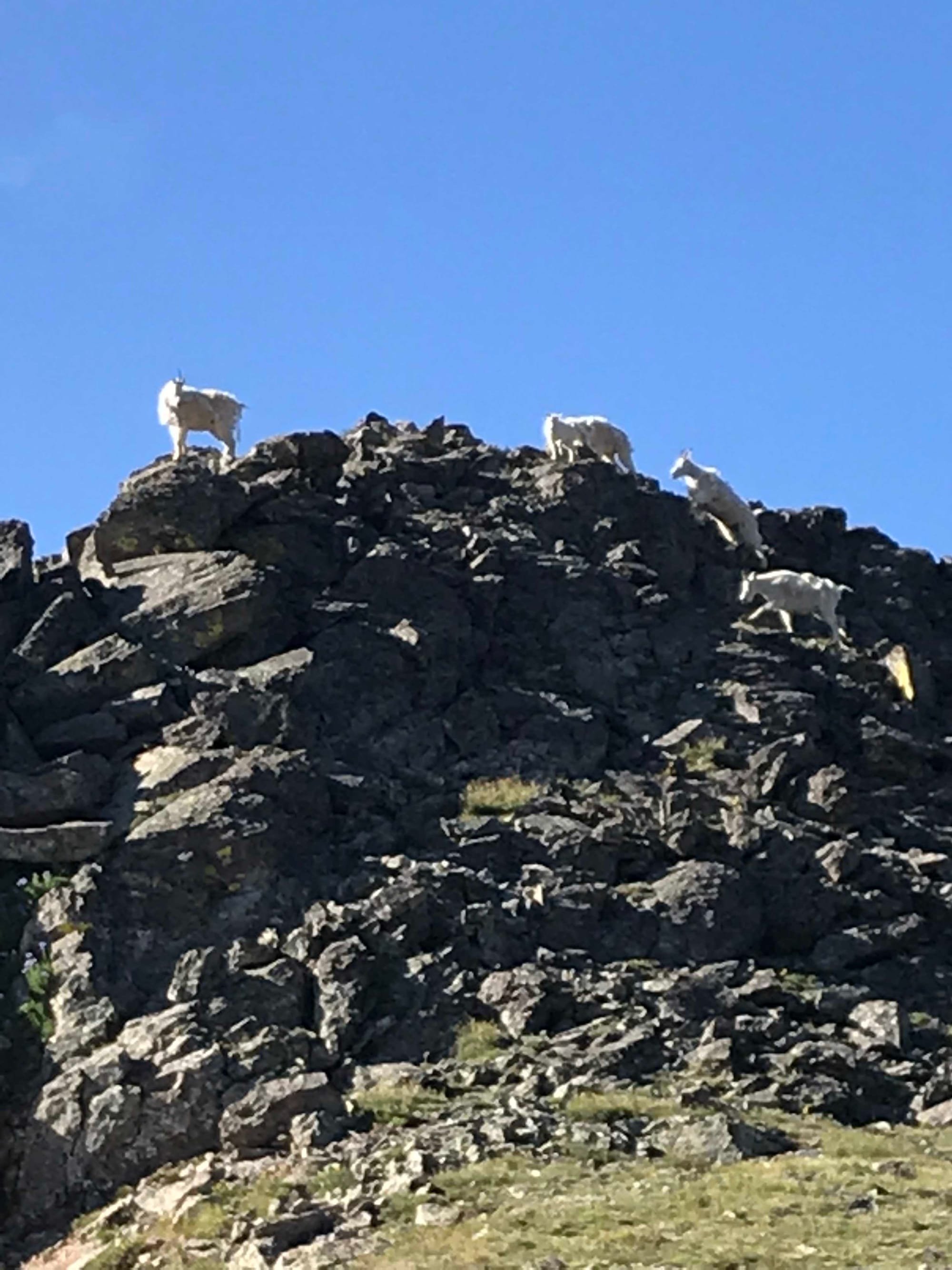 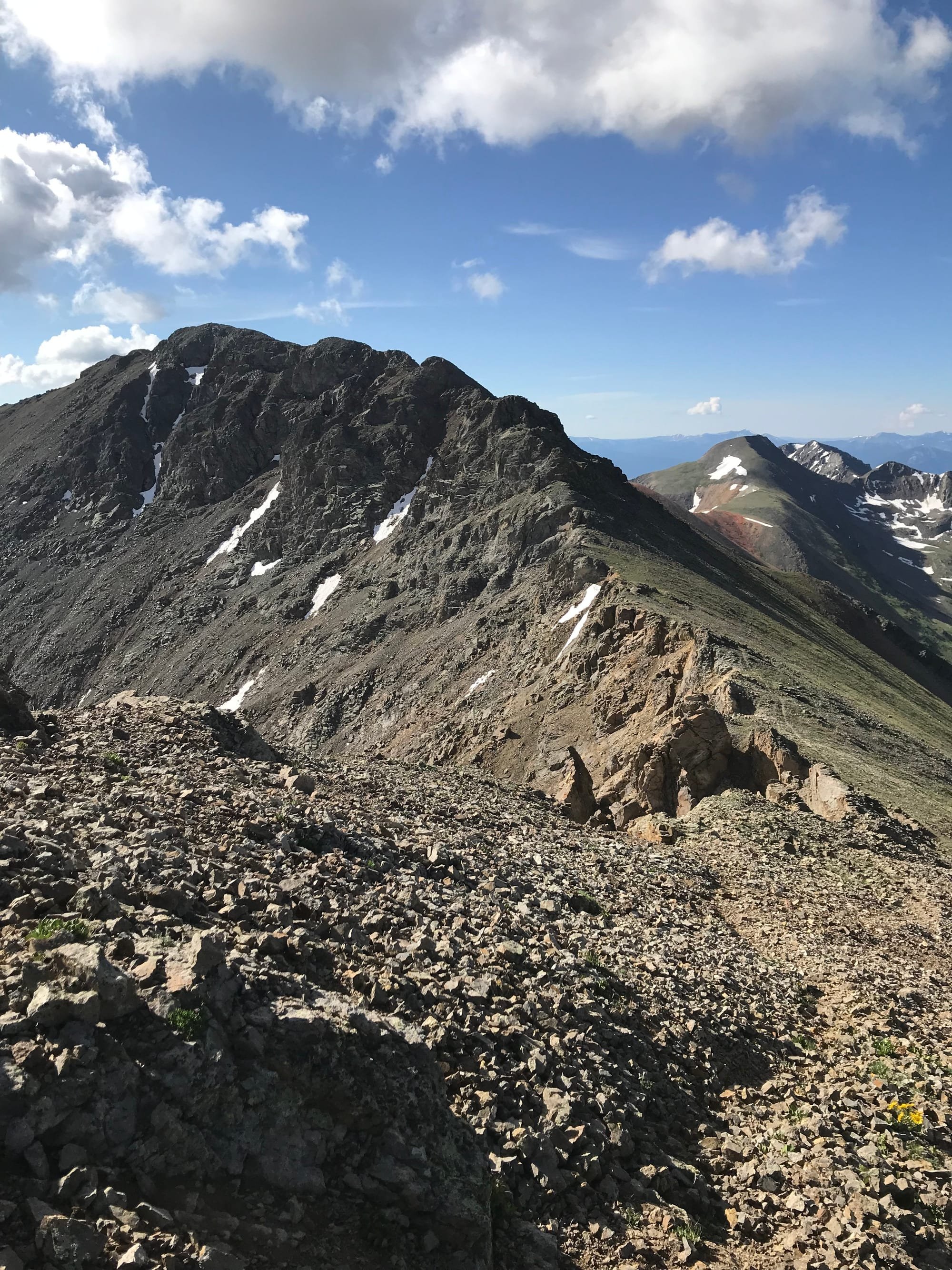 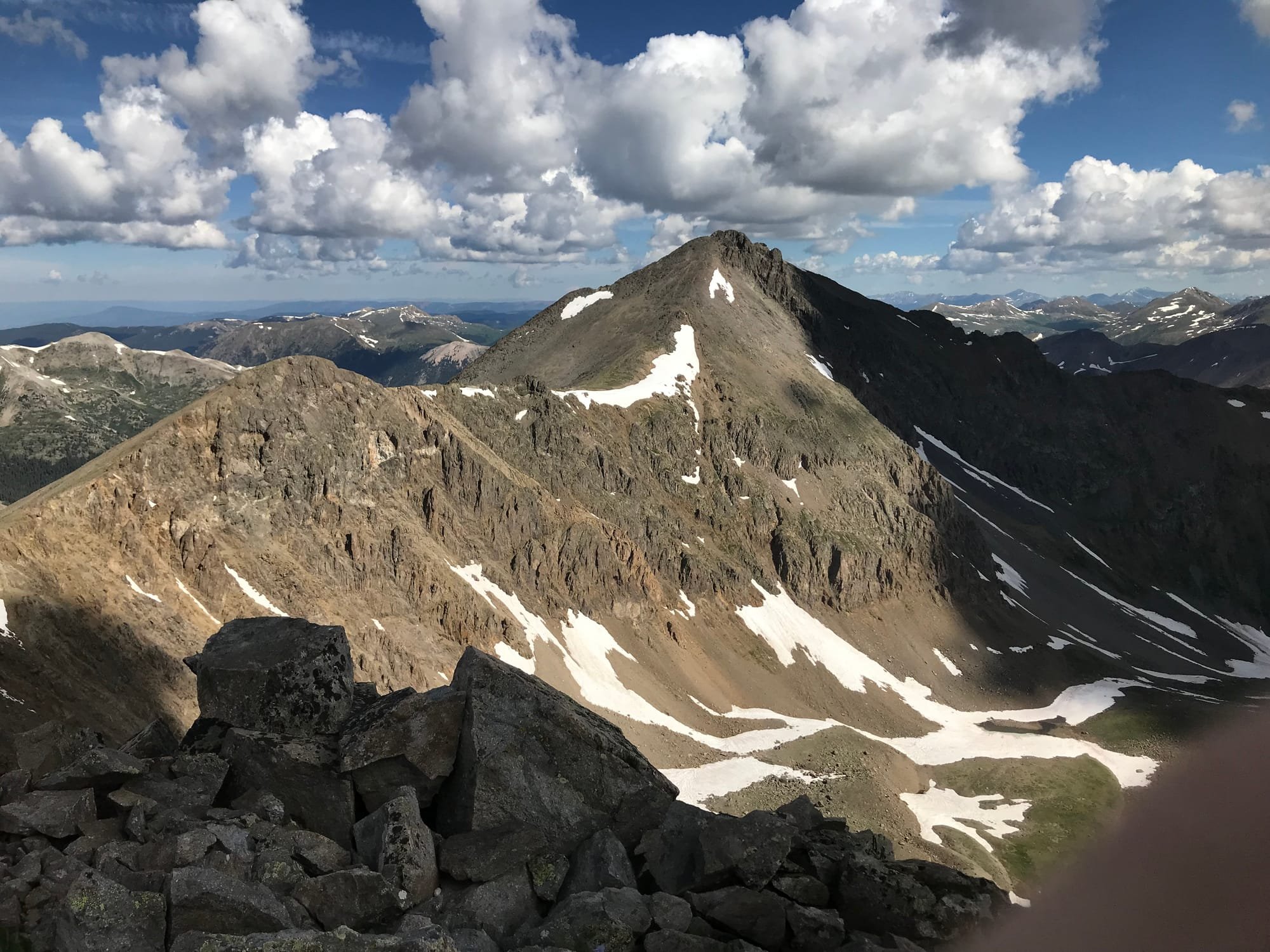