After a second evening in the Cosmiques Hut, we were anxious for a shower and a return to Chamonix.  As a result, we opted for a route that would take us directly to the Aiguille du Midi without having to climb the narrow snow arete to the climbers tunnel.  The Cosmiques Arete is a fun ridge route with a variety of climbing.  When we completed the climb, it was generally dry and only required crampons for the final 300’.  We set up as two rope teams again, but were able to simul-climb all but the crux section of the climb.  There was a lot of class 3 and 4 scrambling with a few low class 5 steps that were generally climbed without belaying.  The crux consists of 30’ of steeper climbing with good hands and holes drilled in the slab for front-point placements.  The route-finding was never too difficult because of the heavy traffic the route receives.  It was very enjoyable climbing over and around large rock pinnacles and gendarmes.

The views throughout the morning were amazing and the setting was spectacular in an alpine environment.  The bonus of the climb is that you finish directly below one of the viewing platforms of the upper cable car station.  As a result, numerous tourists and sightseers watch you finish the climb and take pictures.  The four of us completed the climb and made our way to the gondola to take us back to town.  We quickly found the modest accommodations of the Hotel Richmond in the heart of Chamonix for 108 Euros a night.

Due to continued weather deterioration, we spent Saturday afternoon and all of Sunday lounging and hanging out in Chamonix.  By Monday, September 5, 2011, we were all getting restless, so we decided to take a road trip.  We checked out of the Hotel Richmond and drove to the Italian Riviera.  Within approximately 4 hours, we were staring at the Mediterranean Sea from the small coastal Italian town of Sestri Levante. 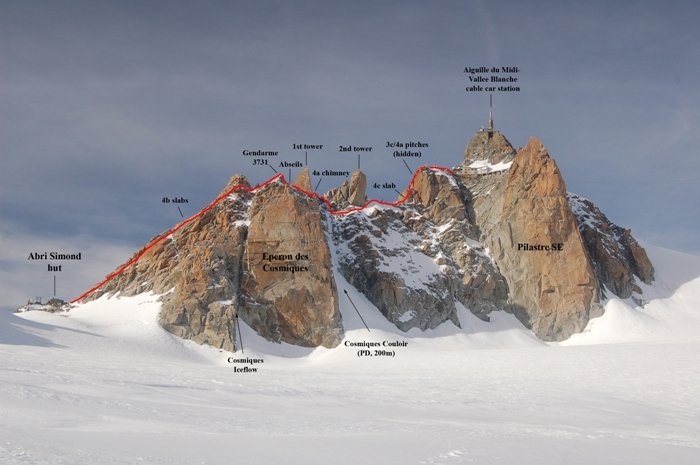 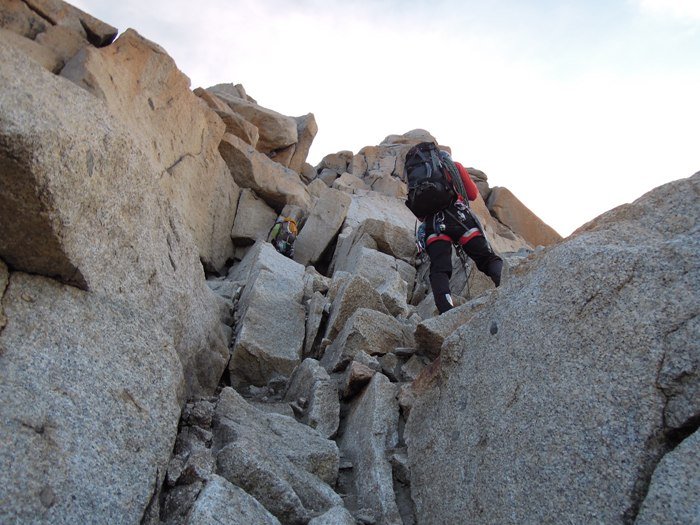 Scott and James starting the route. 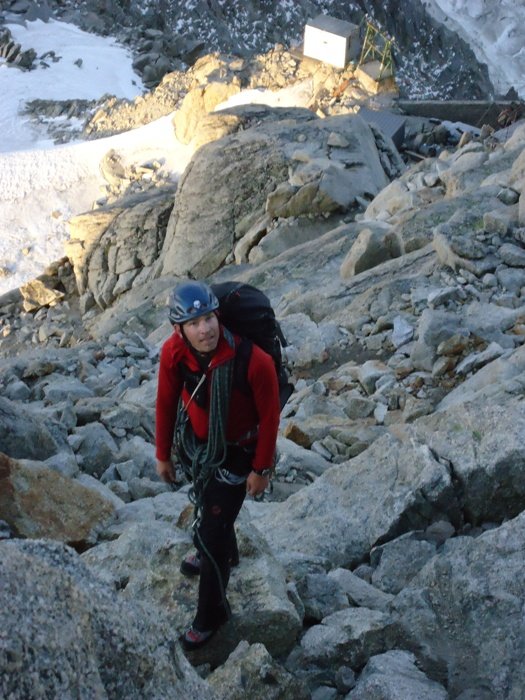 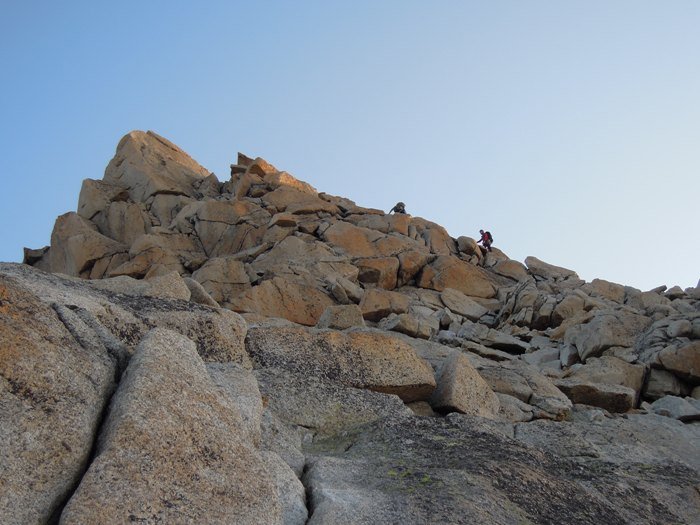 Scott and James scrambling higher on the route. 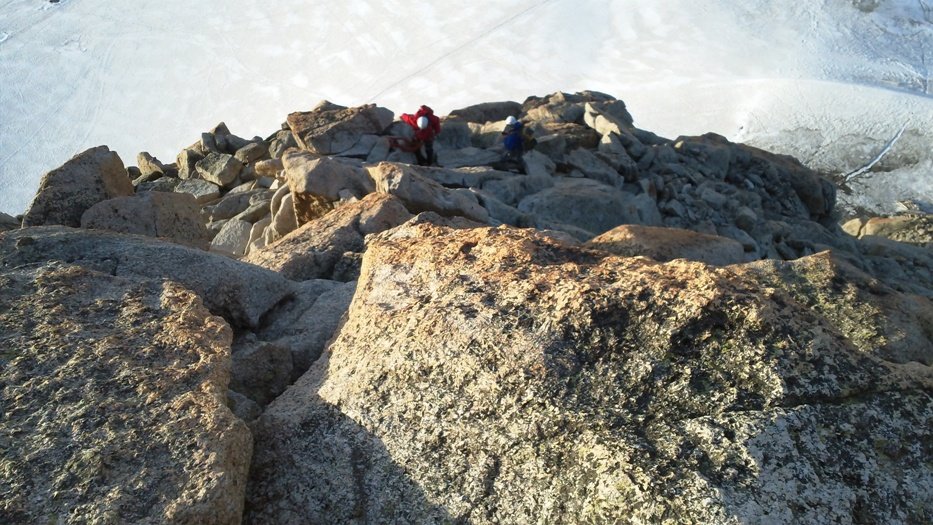 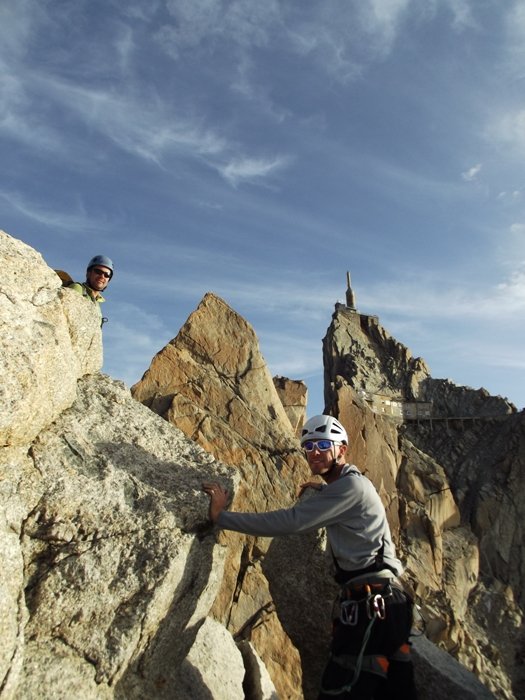 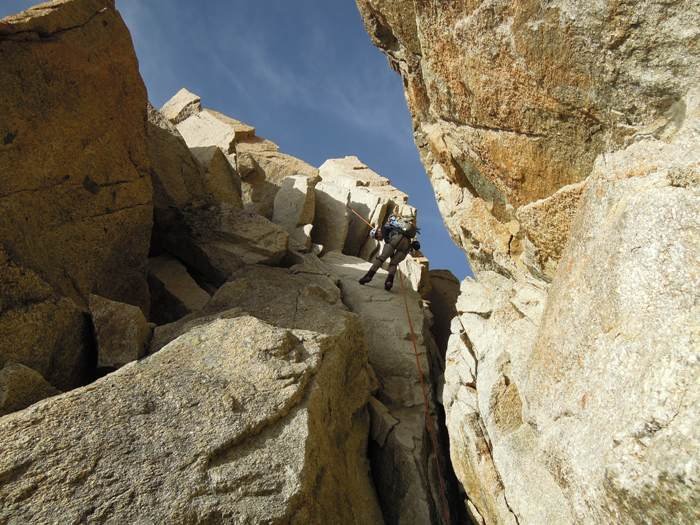 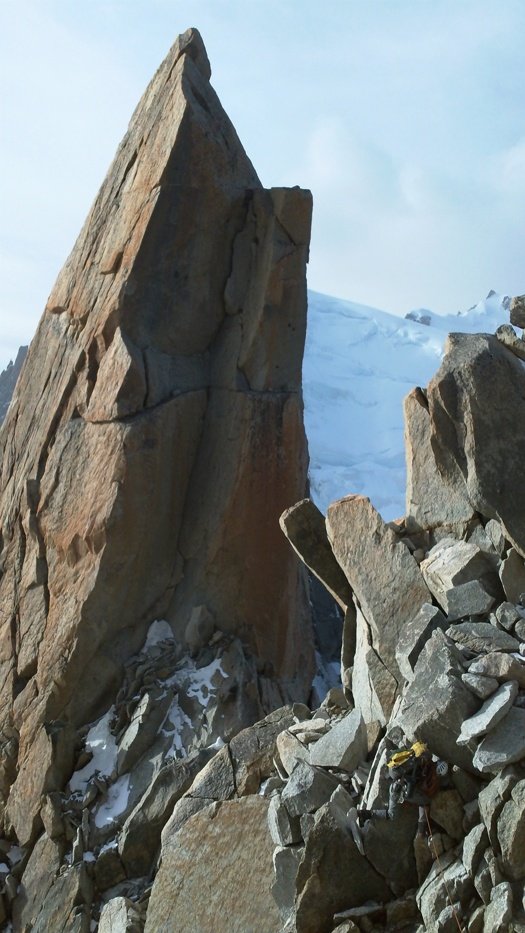 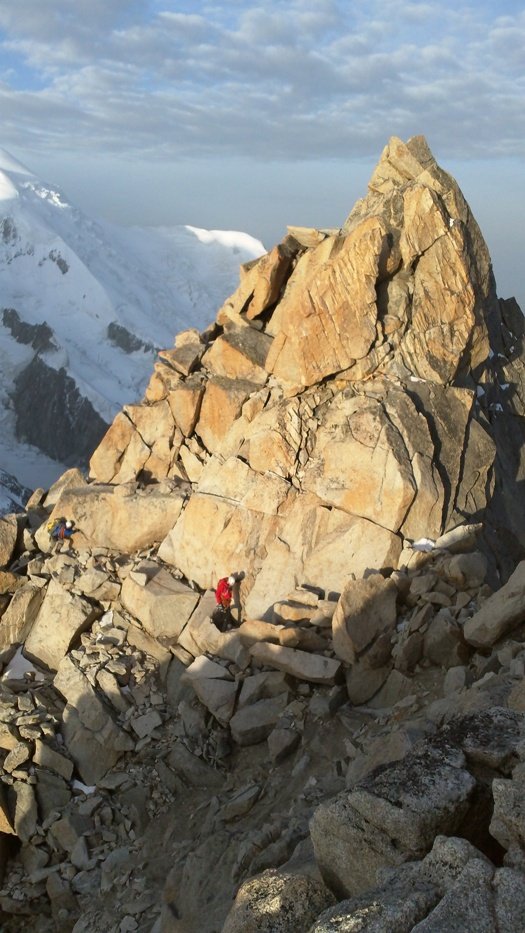 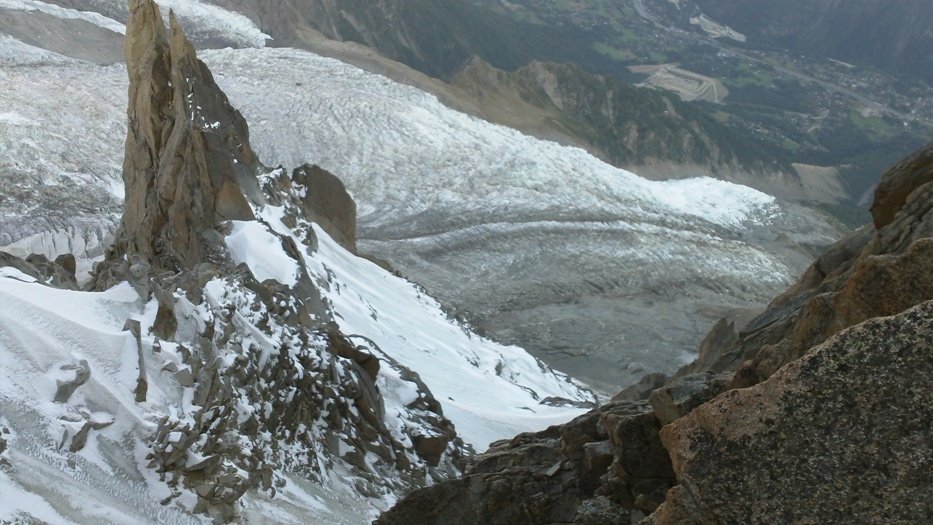 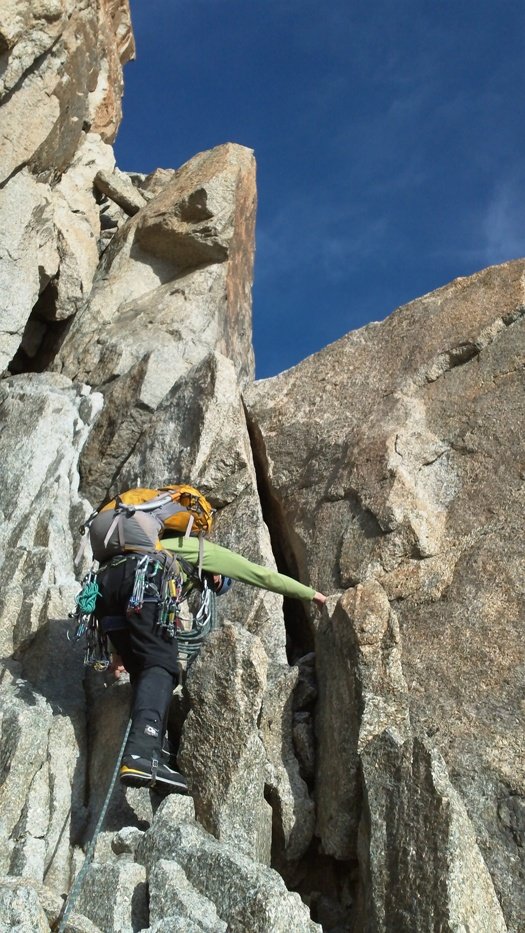 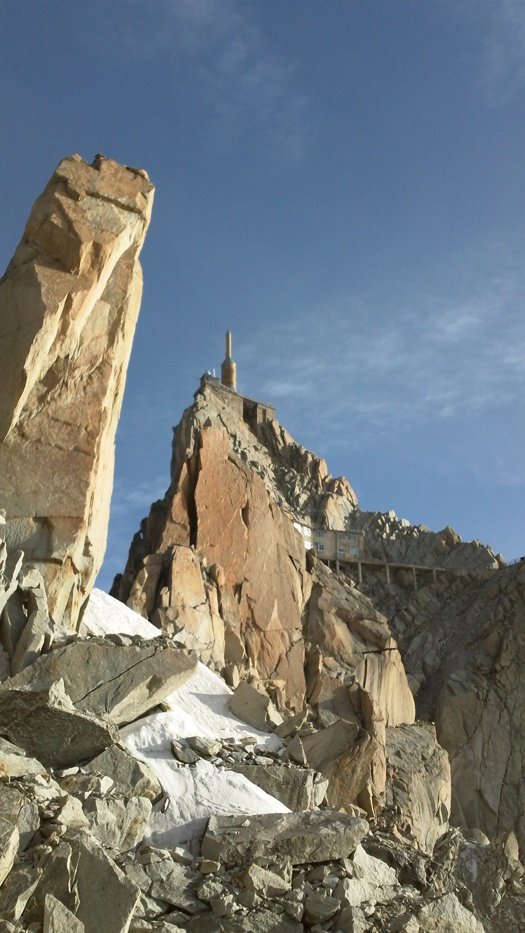 Nearing the top of the route. 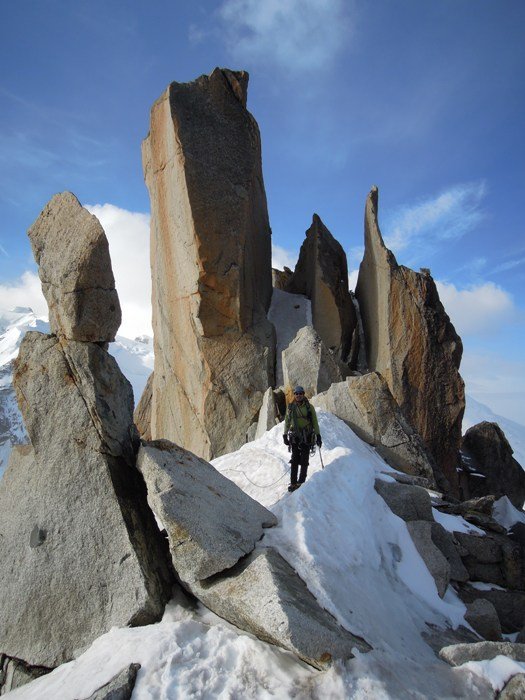 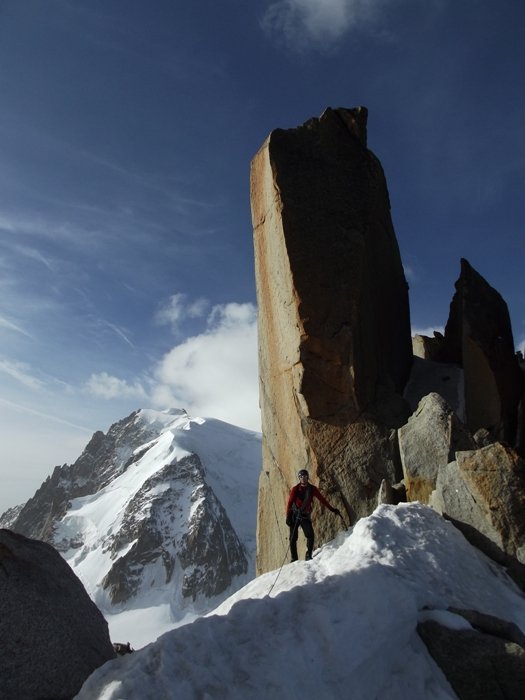 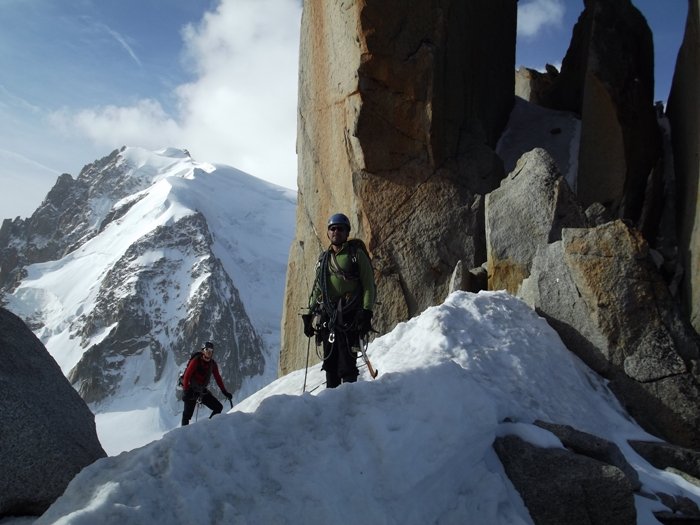 James and Scott (The Chere Couloir is by my left shoulder.) 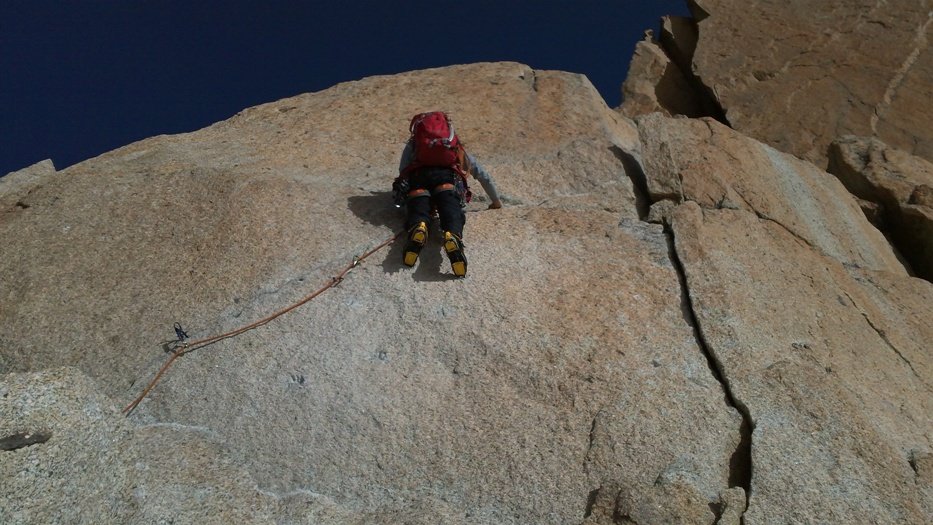 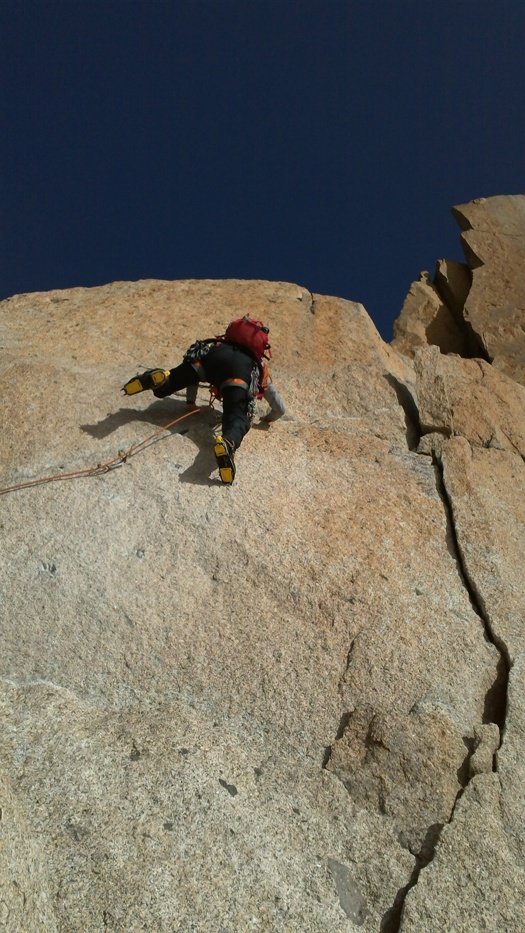 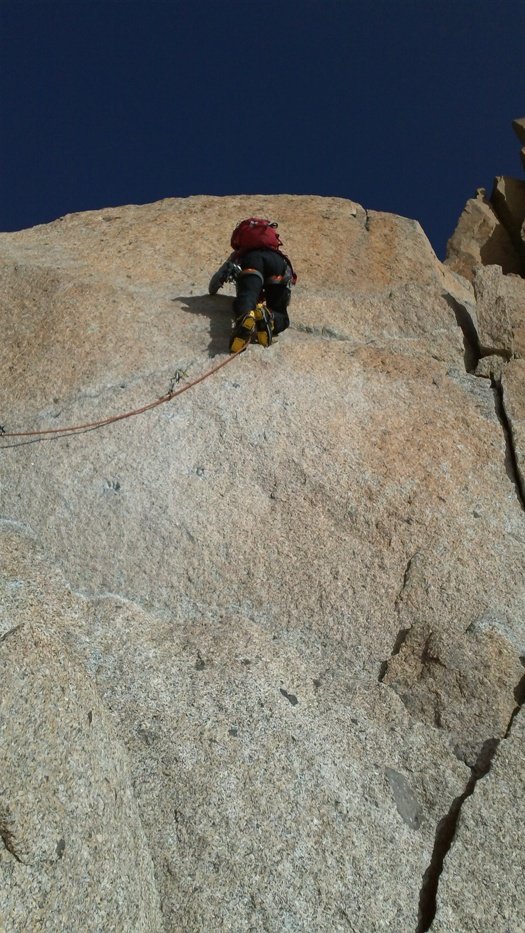 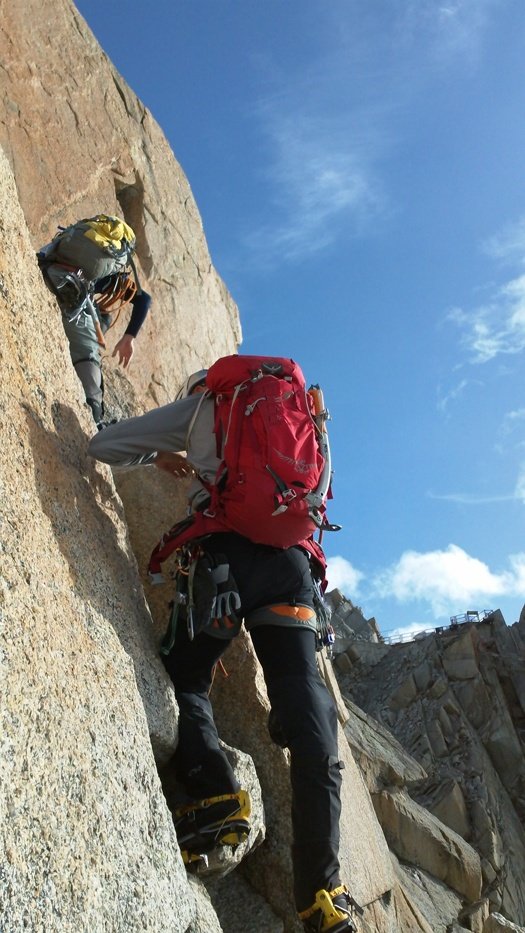 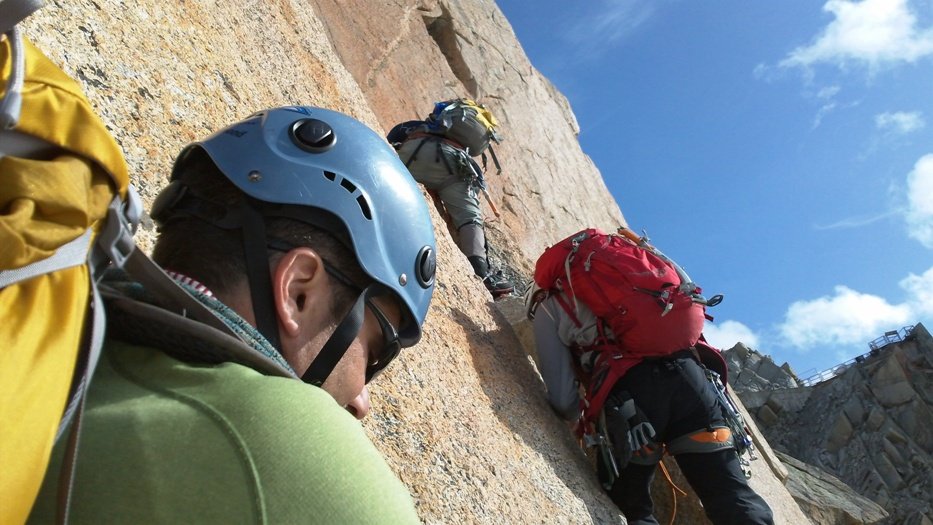 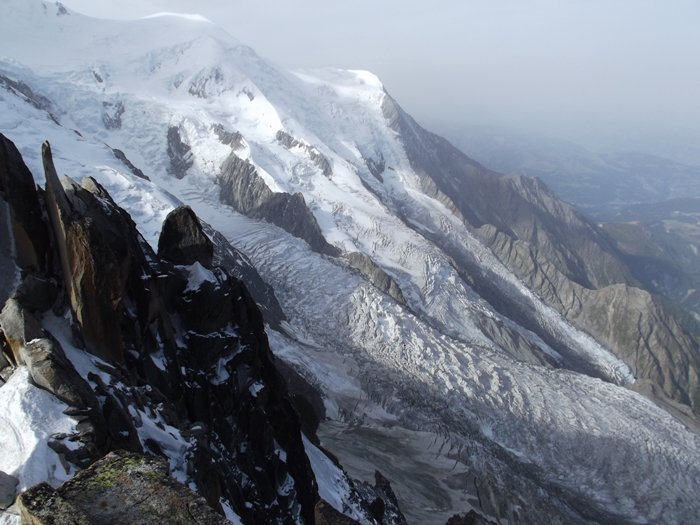 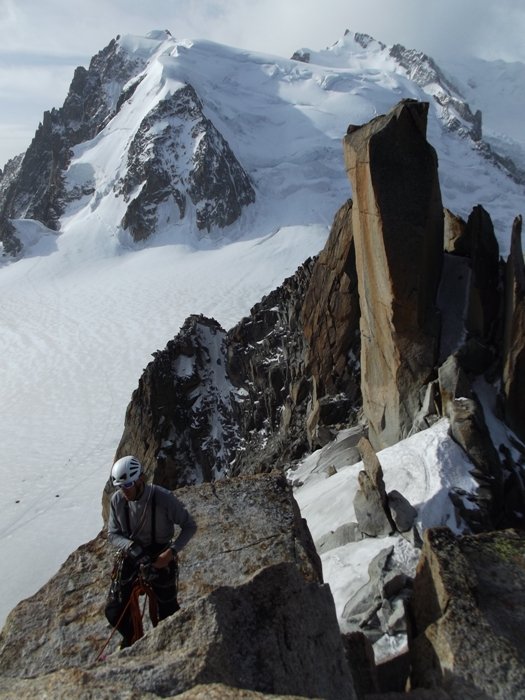 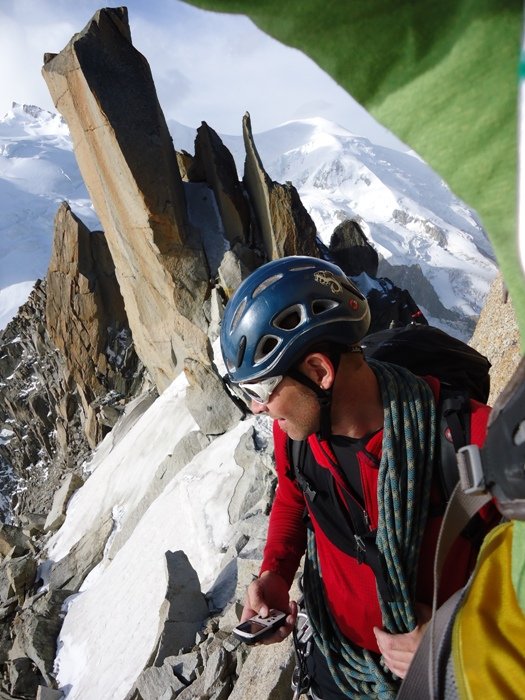 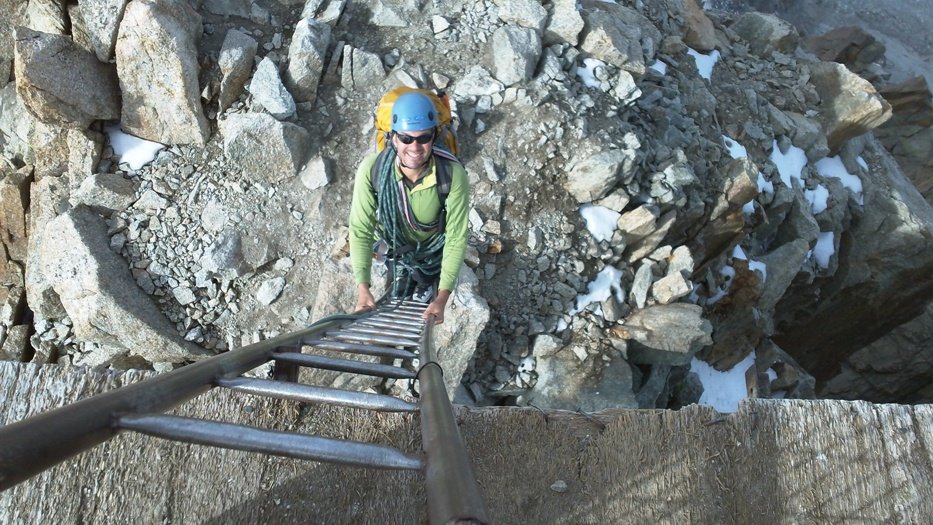 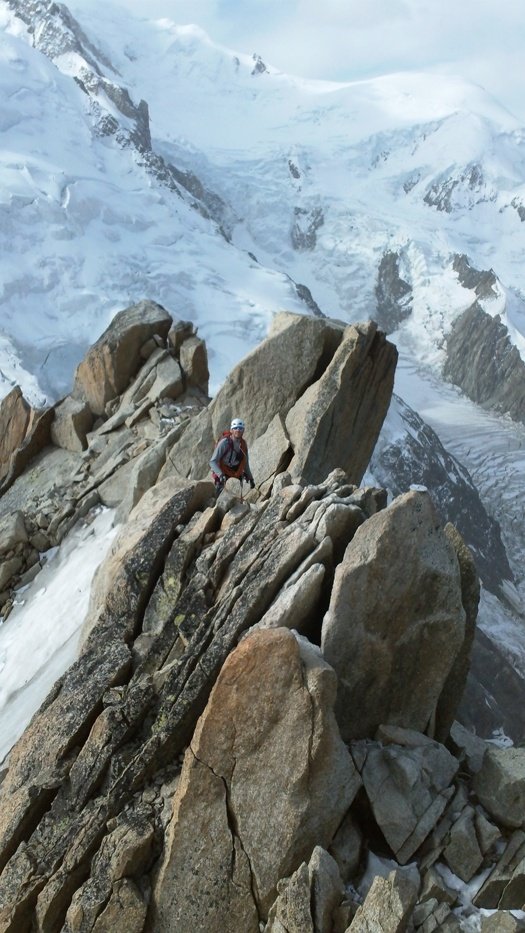 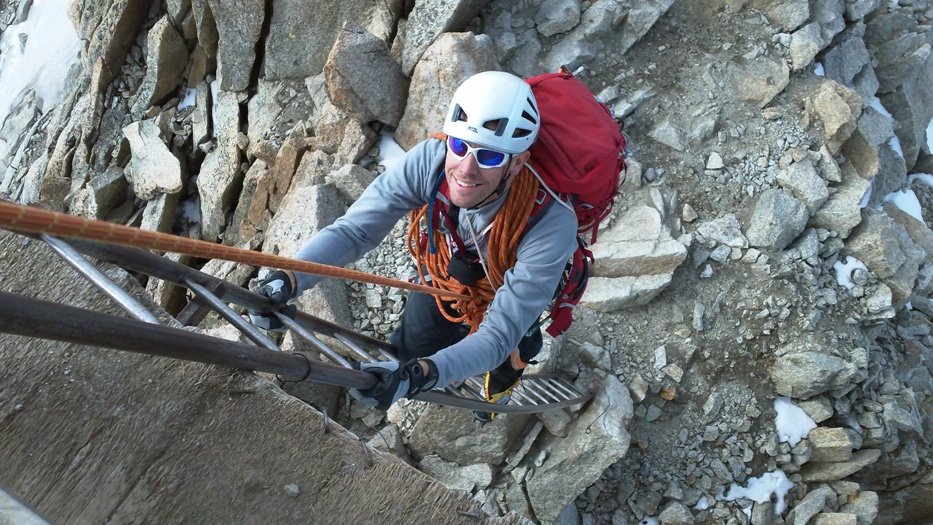 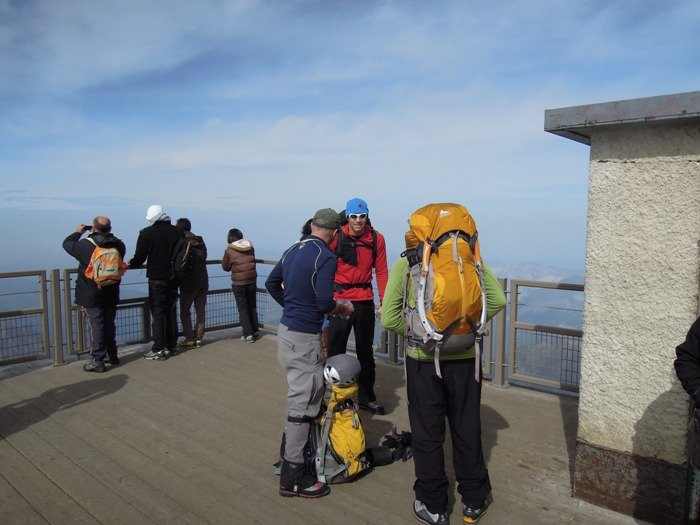