Jeff asked me about Dreamweaver a couple times over the past year, so when a Friday opened up for me and I heard reports that it was in good shape, I sent him an email.  I hadn't been up Dreamweaver since 2007, so I thought it might be a good time to return.  Coincidently, Jeff had Friday off and it took two email to plan this hike.  Wayne was looking for something to do, so the plan was set.  Jeff had to get up at 11:30 to pick me up at 12:30 in Highlands Ranch, Colorado.  We drove to the Longs Peak Trailhead and woke Wayne up who was sleeping in his vehicle.  I got ready to go and headed up the trail 15 minutes before Jeff and Wayne since I knew these guys were strong hikers.  I took a five minute break at tree line and by the time I reached Chasm Junction they caught me.  I made it to the apron of the climb in 2 hours and 45 minutes.

The snow on the apron was a little soft and punchy.  I thought we might have a little work ahead of us, but as we approached the first constriction conditions firmed up.  There was a nice staircase in front of us for most of the climb which made things go very smoothly.  I lead us through the first step which was primarily snow with a small amount of ice.  The second step had a short mixed section with a little bit of ice.  We added another short step at the saddle of the Flying Buttress rather than bypassing it to the right because it looked fun.  This was another short mixed step.  We continued on and the top two steps were filled in with ice but not difficult enough to require protection.

The wind was blowing pretty hard on the upper ridge, so we took a break on the upper snow eating, drinking, and enjoying the views.  After a quick scramble to the summit, we descended to the Loft and worked our way to the snow ramp that would lead us to the lower snow field.  The snow had already softened considerably, so we decided to go without crampons.  The down climb wasn't too difficult, but it definitely kept our attention and required us to give ourselves strong self belays.  Once on the snow field I made a quick glissade while Jeff and Wayne plunge-stepped back to the trail.  The hike out went really fast.  We made the summit in 5 hours and round-tripped the hike in 7.5 hours.  We stopped at Oskar Blues on the way back through Lyons, Colorado, not sure if they would even be open for lunch yet, but we lucked out and had a burger and beer. 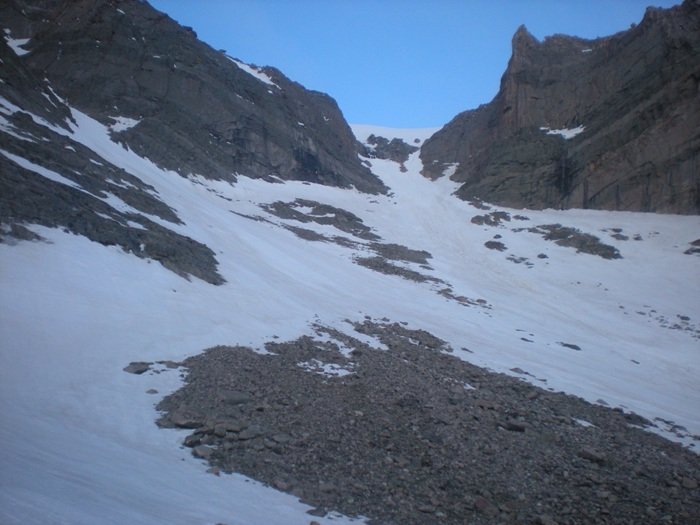 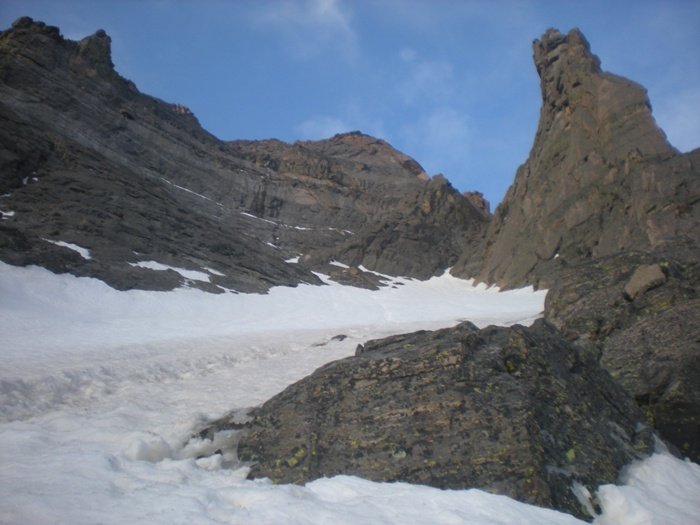 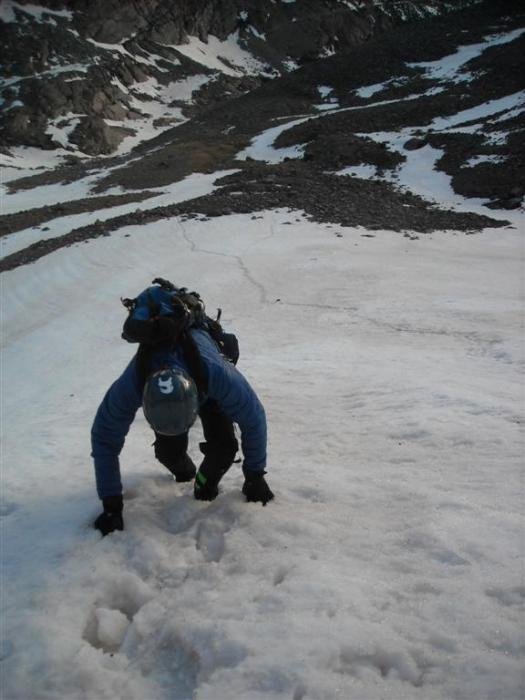 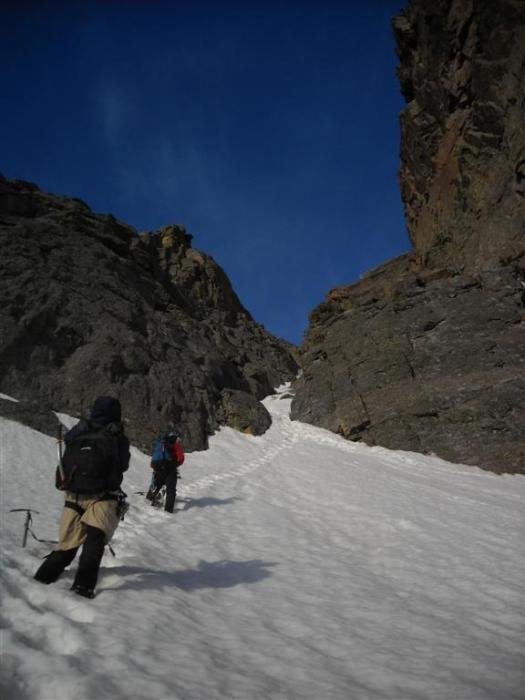 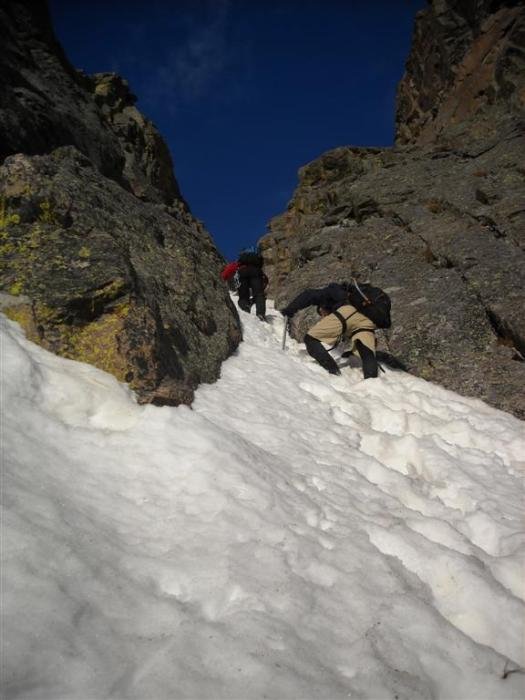 James and Wayne at the first step. 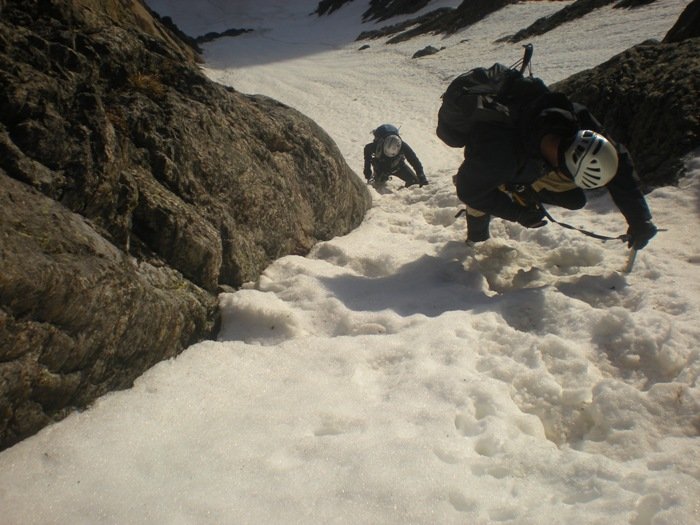 Wayne and Jeff in the first step. 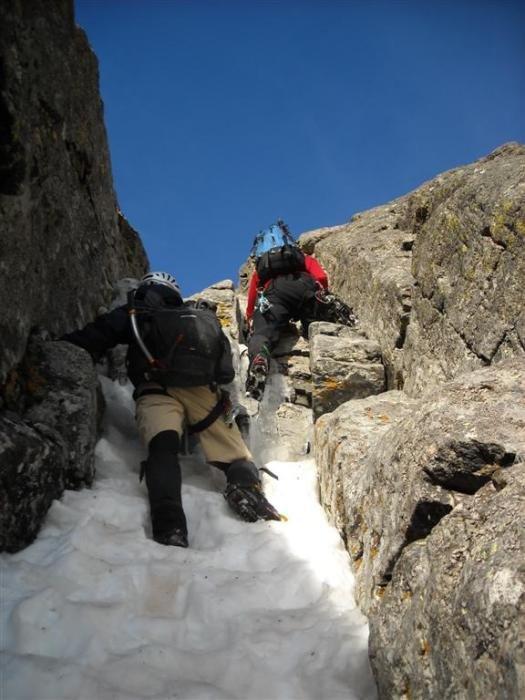 Wayne and James on the second step. 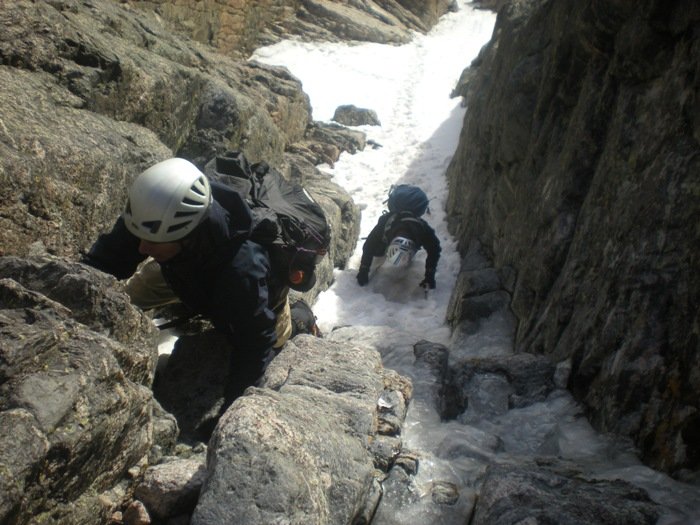 Wayne and Jeff on the second step. 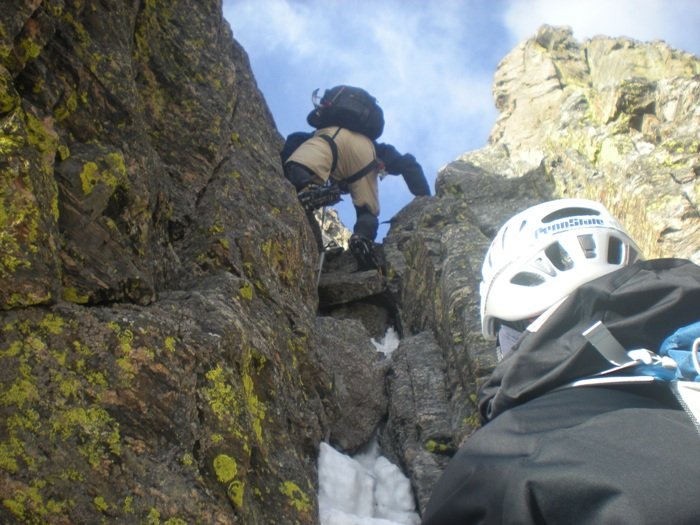 Wayne in the third step.  (Can be avoided.) 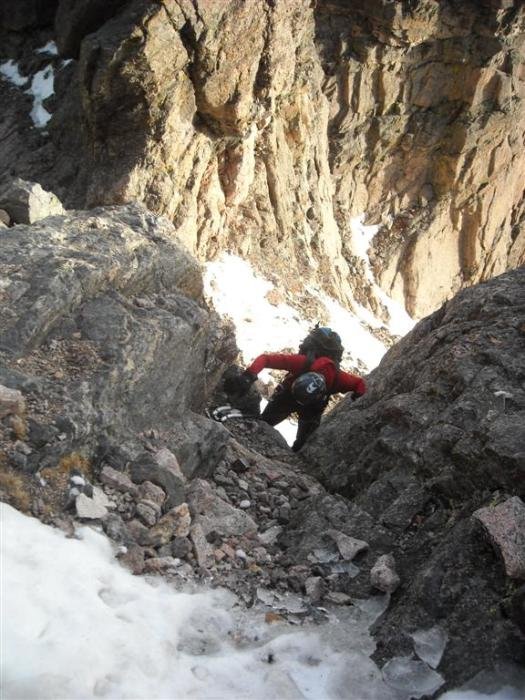 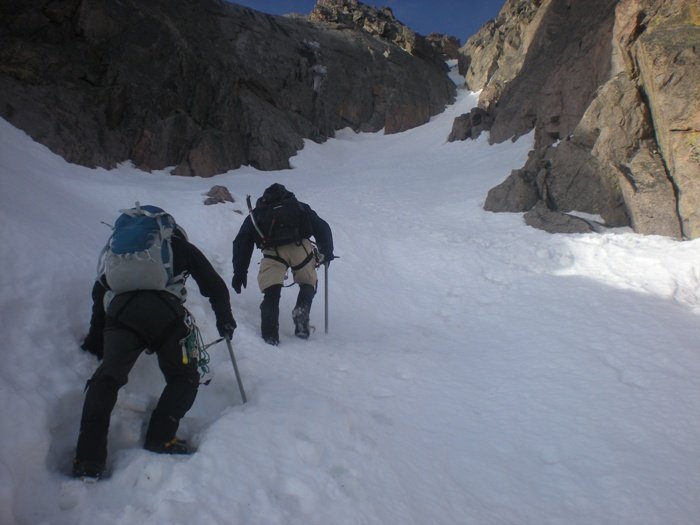 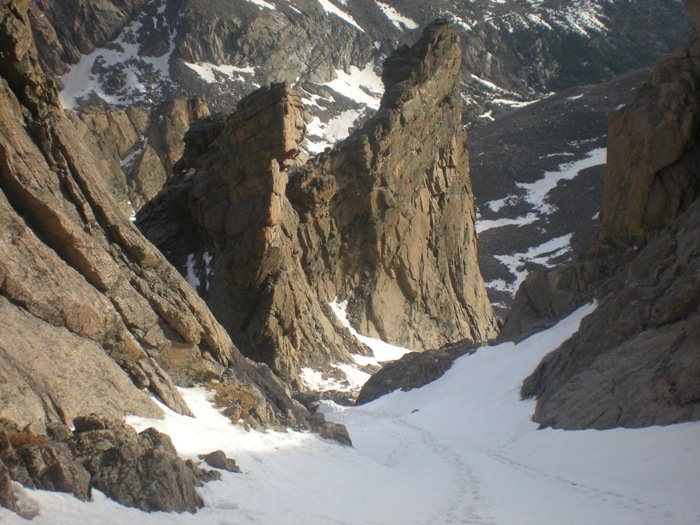 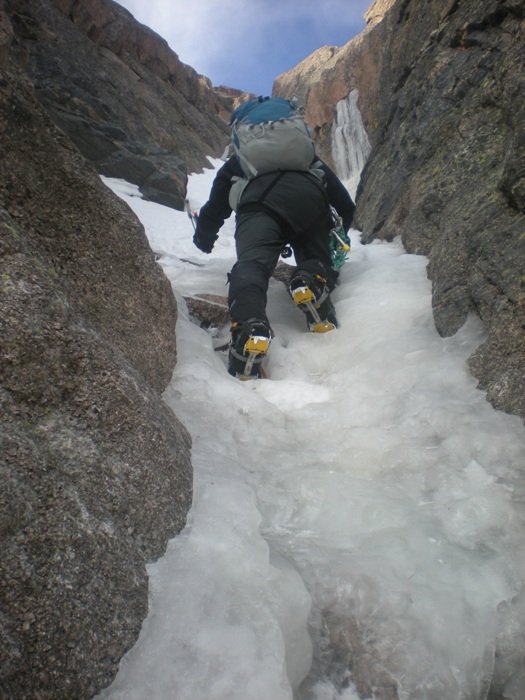 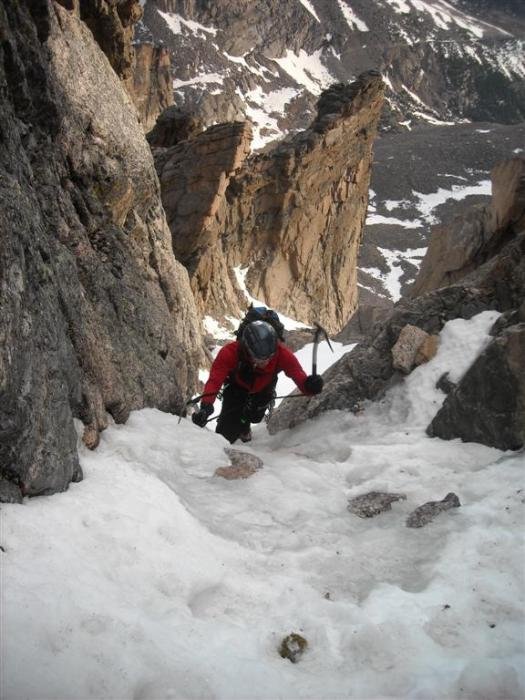 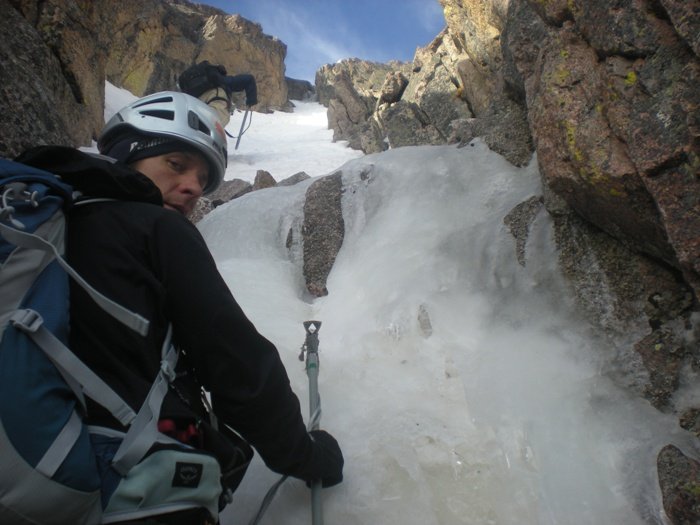 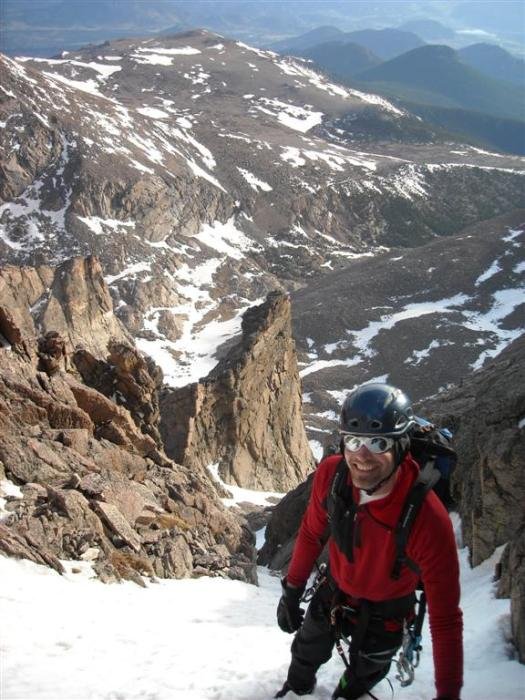 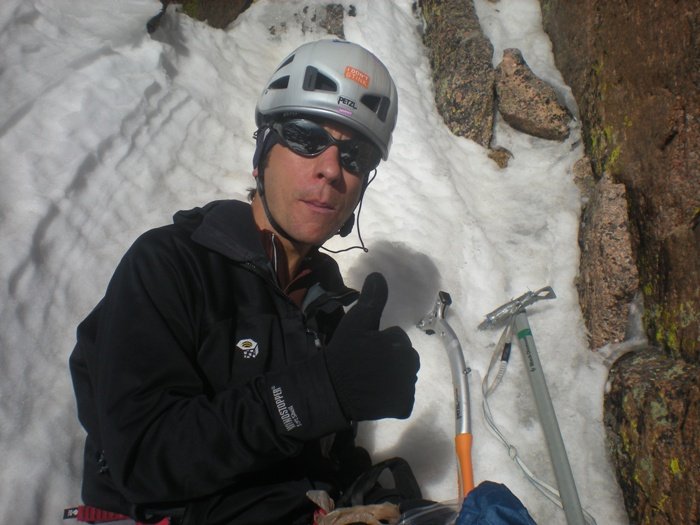 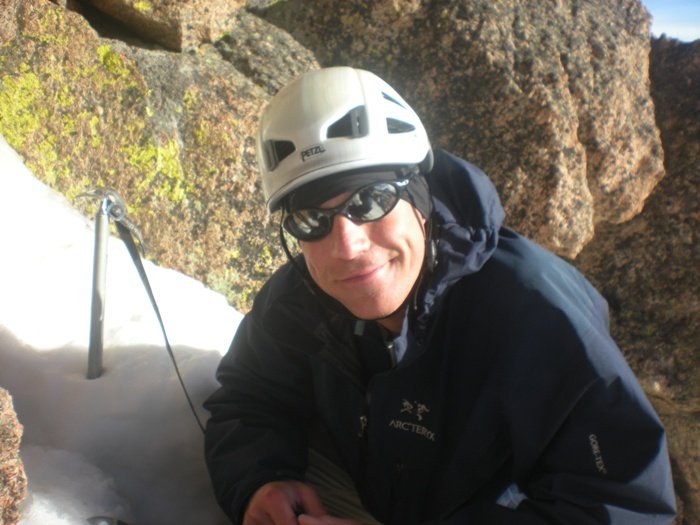 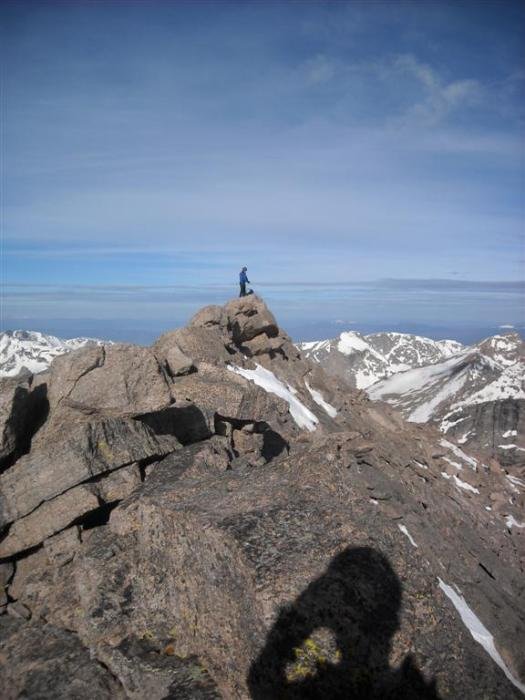 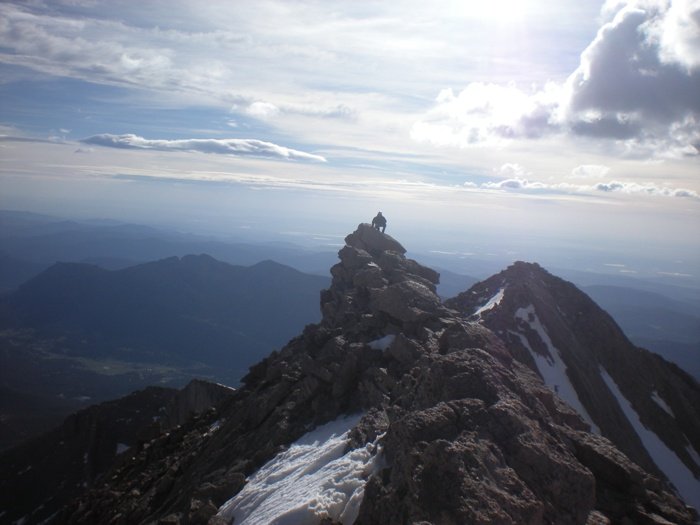 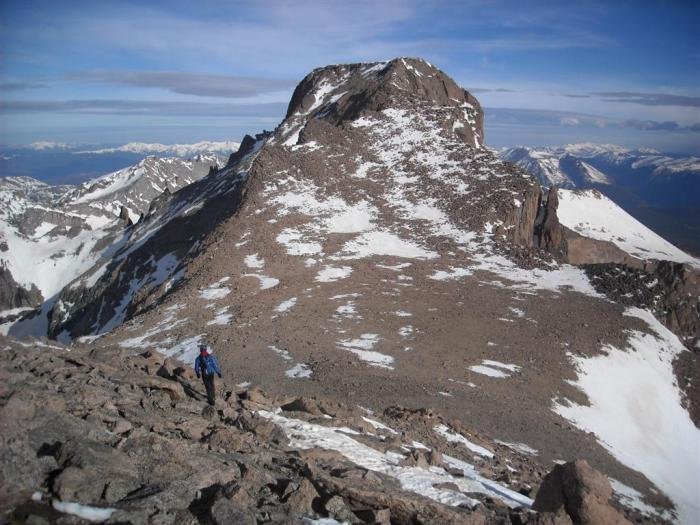 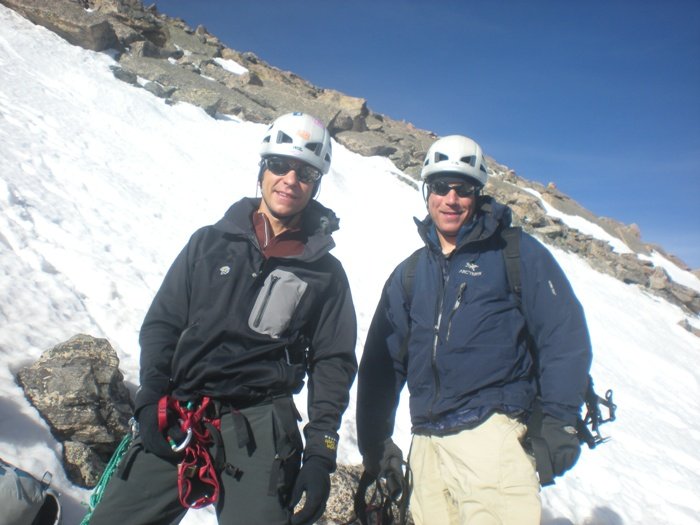 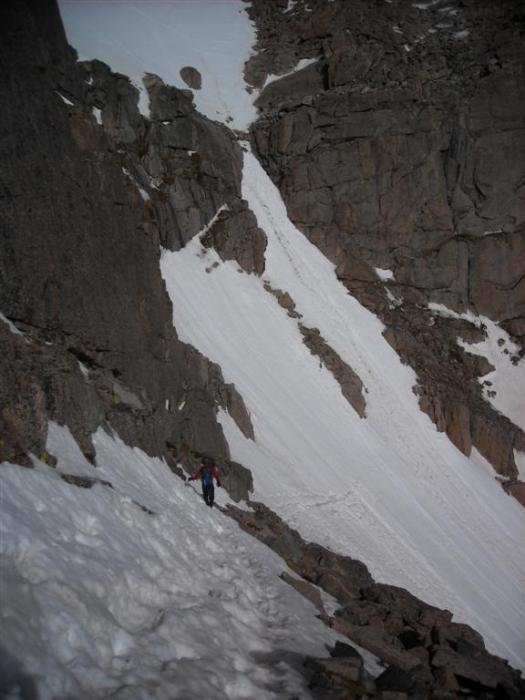 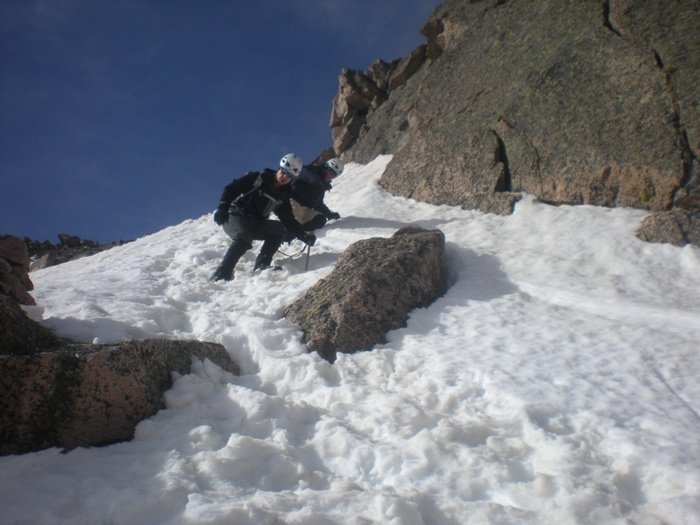 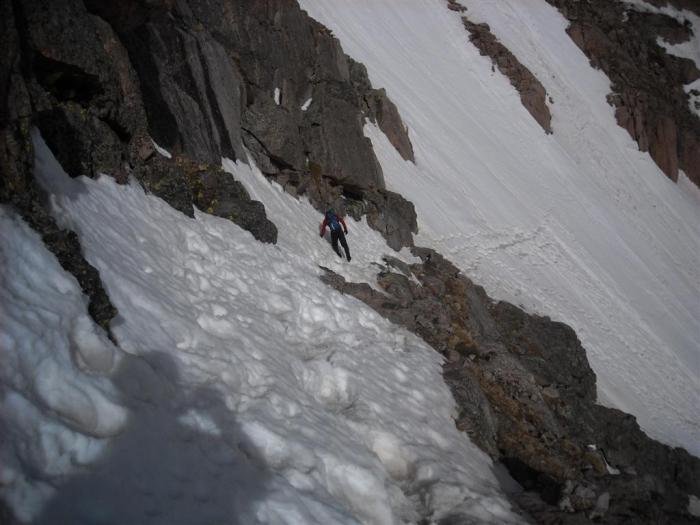 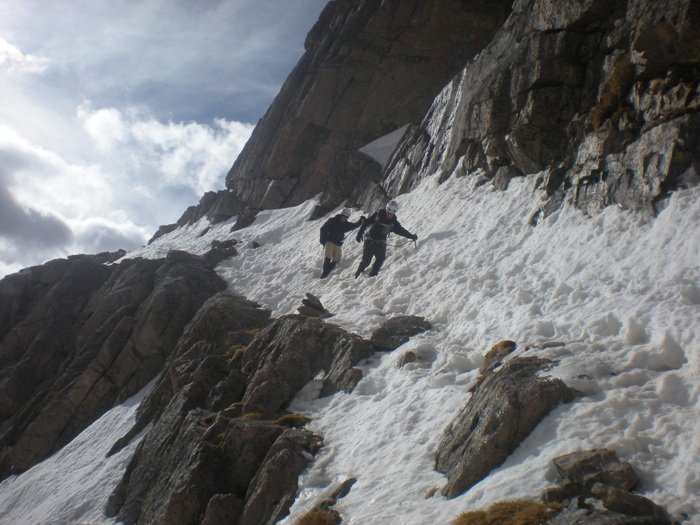 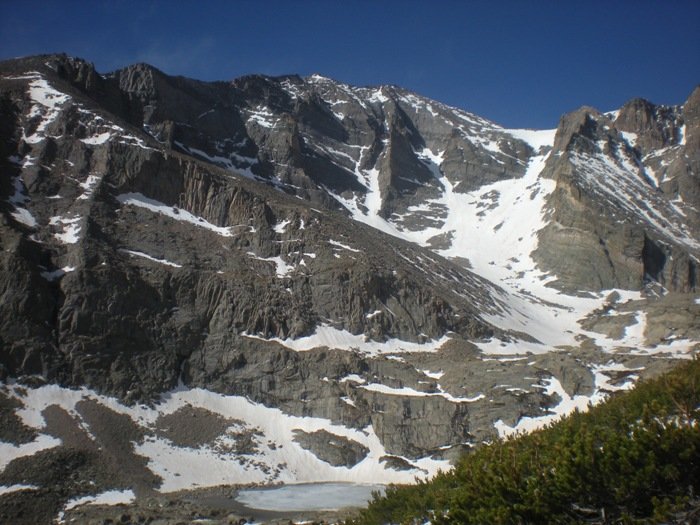 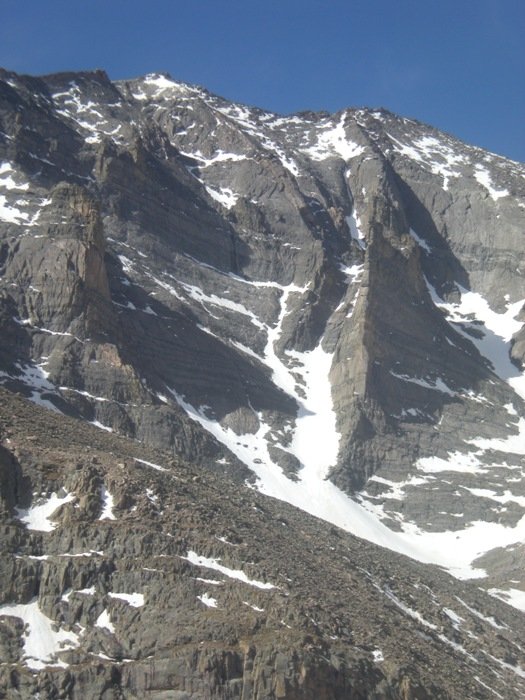 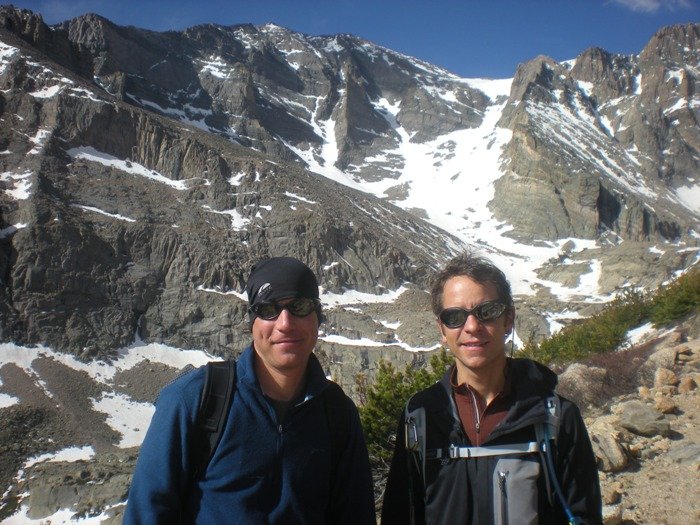