Since it was a Sunday with a questionable forecast, Jeff and I went to Lincoln Falls in hopes of avoiding the crowds.  Lincoln Falls is the thinnest I've ever seen it with the only climbable ice in the central gully.  The middle section had still not filled in and there was a fair amount of exposed rock.  Jeff led the lower pitch and we were the first group on the ice.  I followed and then led up to the bolts on the boulder at the top of the falls.  By this time several other climbers had arrived and the gully was littered with rope teams and soloists.  We walked off the route and with no one waiting at the base of the climb started up again.  I led the first pitch and brought Jeff up.  He started up the second pitch, but several of the climbers had set up top ropes across the upper pitch of the ice.  Ice was funneling down the gully (which we expected since we had decided to climb below others), but no one was yelling any warning and there were monster size chunks coming down.  Jeff down-climbed back to the anchor and we rapped down.  The climbing was crappy and with so many people on such little ice it became overly dangerous fast.  We got a few sticks in, but overall it was somewhat of a disappointing experience. 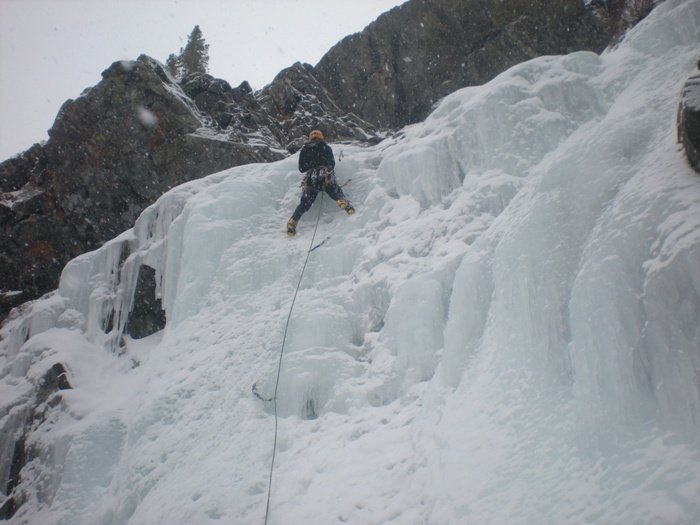 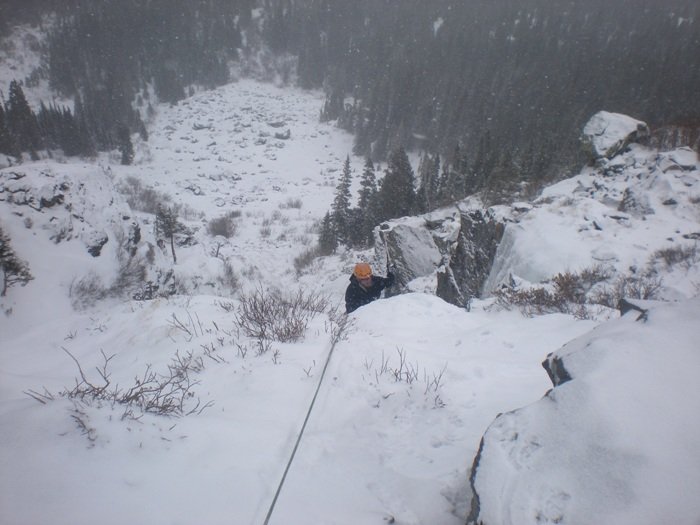