Last Fall George tried to get Nate and I to head into Willow Lake and go ice climbing.  I think Nate convinced him to postpone until the Spring when we knew the ice would be there and the trail would be packed down by hikers presumably heading to Challenger Point and Kit Carson Mountain.  Over the Winter, I had forgot about our Willow Lake Ice discussions until George reminded us in March that we had committed to trekking into the Sangre de Cristo Mountains to climb with him.  We set a date and made plans.  I also recruited Brian and Jeff whom I thought would enjoy the trip and help haul in the community gear.

George, Nate, and Molly (Dog) drove down to the Willow Creek Trailhead Friday afternoon while  Brian, Jeff, and I made it down later in the evening.  Everyone had a beer or two and George sighted in his Ruger 10/22.  None of us had been to Crestone, Colorado, for at least a couple of years, so it was nice to revisit the area.  We car camped at the trailhead and decided to get up at 5:00.  I didn't sleep particularly well and was ready to get up when Jeff announced it was time to go.  We had all mentally prepared for a fairly long day and wanted to get it started.  After spreading out the gear, we loaded our packs and hit the trail.  Everyone carried snowshoes for the first mile when we gained the ridge above Willow Creek Park.  Since it didn't appear as though we would need them, all but Jeff decided to cache the snowshoes at this point.

We made good time on the trail and reached the creek crossing around 11,000' fairly quickly.  I let my guard down and felt like Willow Lake was just over the bench above us.  As we did an ascending traverse to the southeast, our party separated as Brian and I decided to do some ice bouldering up the frozen creek while Jeff, George, and Nate followed the trail.  Brian and I made the base of the waterfall after four hours of hiking with the rest of the group 30 to 45 minutes behind us.  After everyone arrived, George, Brian, and I hiked the walk around to set up the top rope.  We used three or four screws and a V-thread backed up by a huge boulder.  It took two ropes to top rope.  After dropping a 70 meter, each end was still 30 feet short of the base of the climb.

The three of us rapped off, and everyone took a turn at a very cool pitch of ice climbing.  The consensus was WI5.  It certainly would have been nice to camp at or near the lake and get more climbing in, but we decided to day trip the excursion and return to the trailhead the same day.  The hike back out had more post-holing than the approach, but was manageable.  With a relatively long drive ahead of us, we packed up shortly after returning to the trailhead and quickly called it a day.  My camera died on me, so all of these photos are from others on the trip. 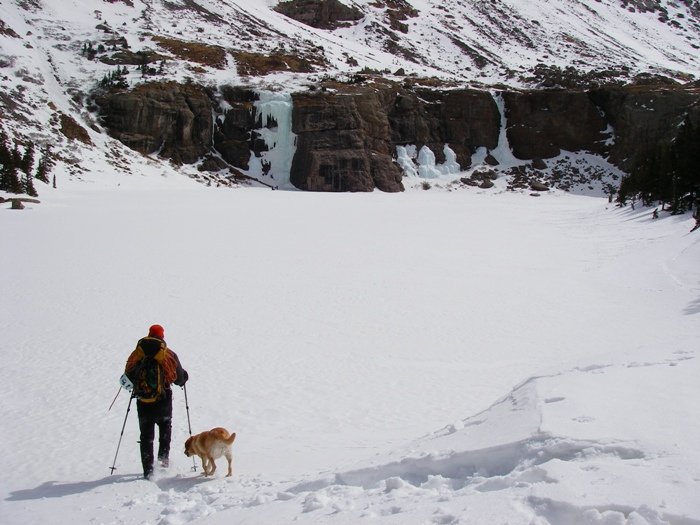 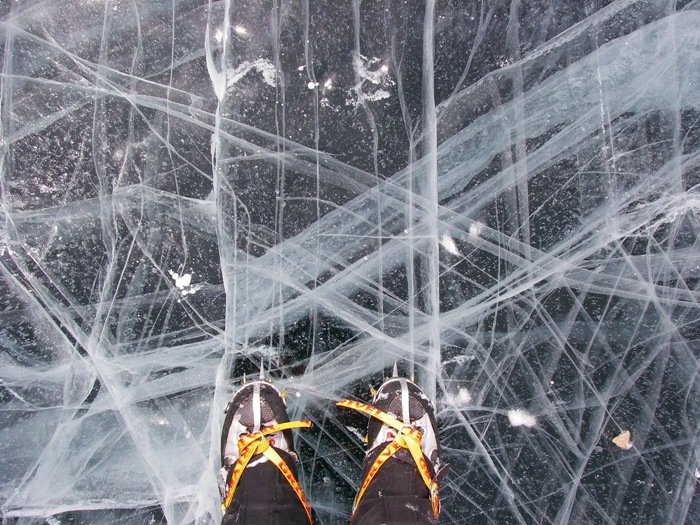 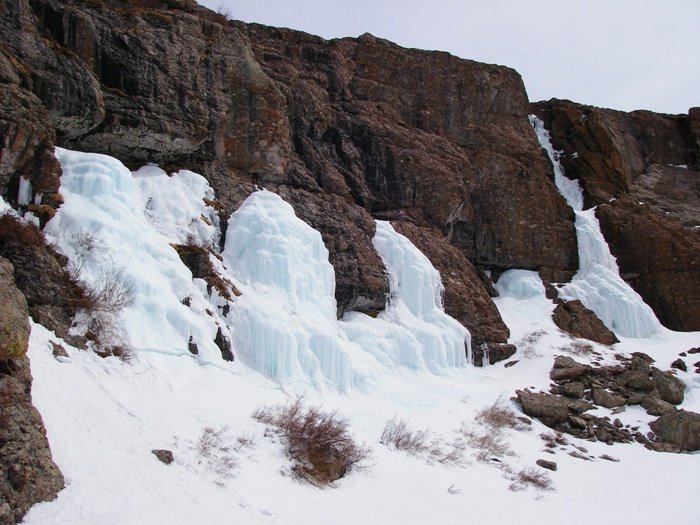 Ice gully to the right of the larger flow. 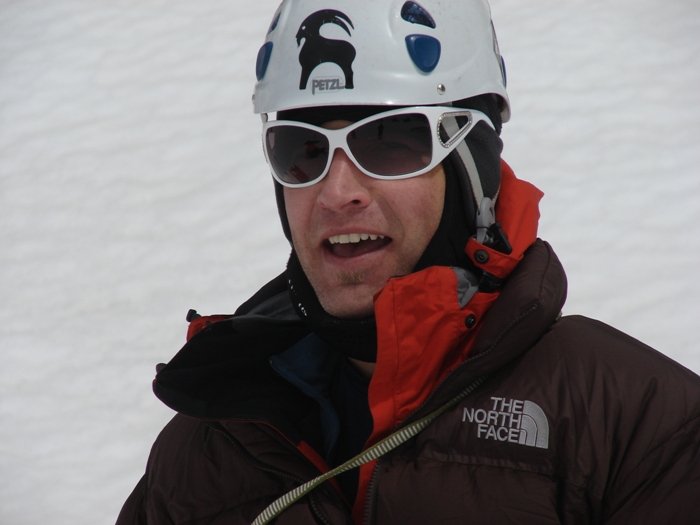 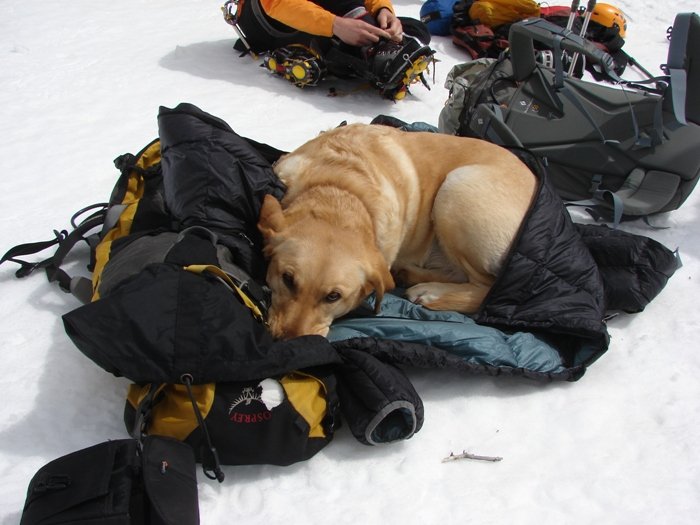 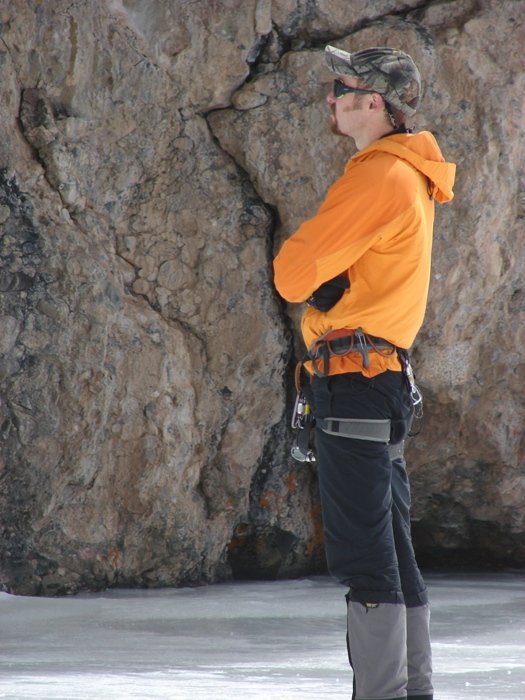 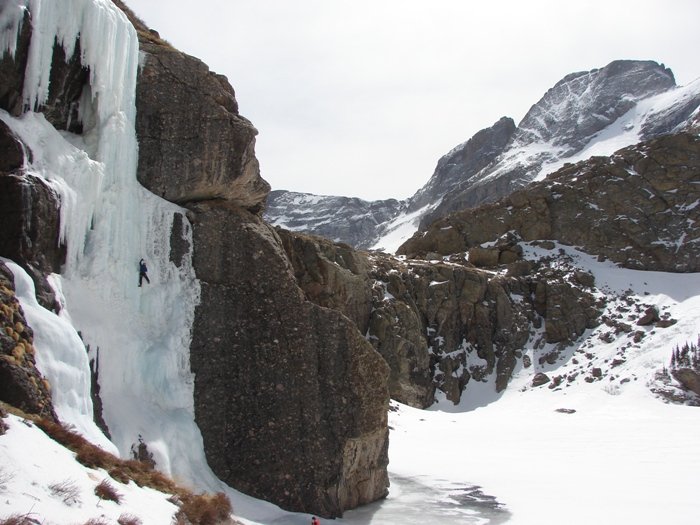 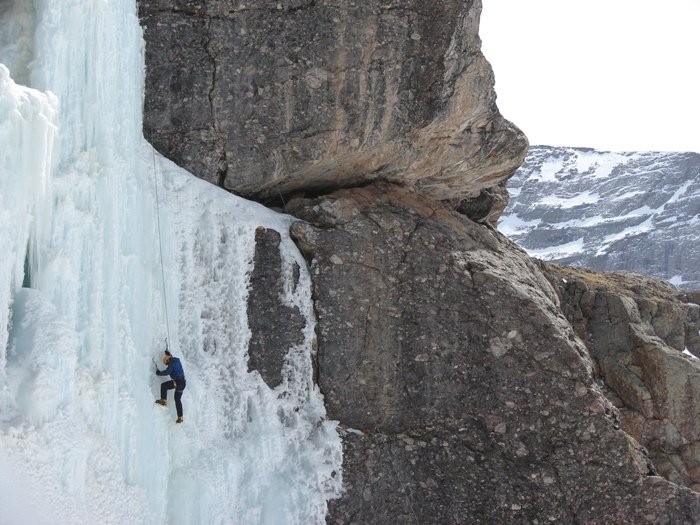 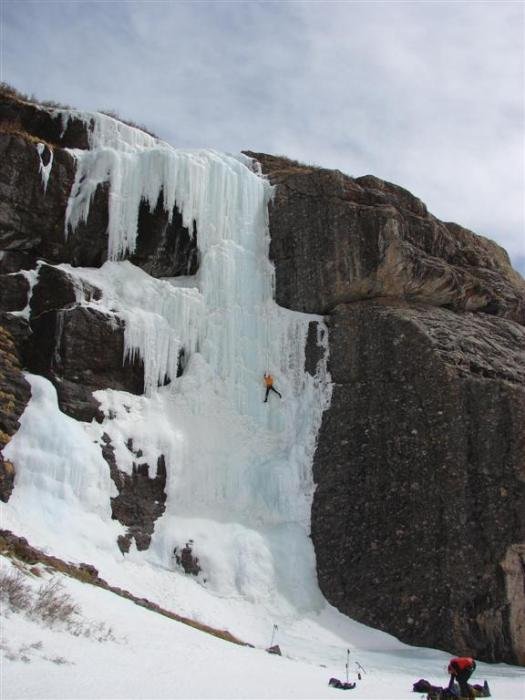 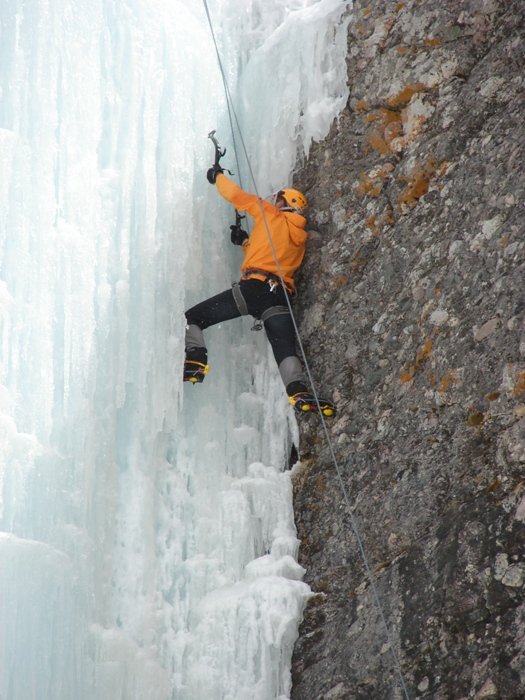 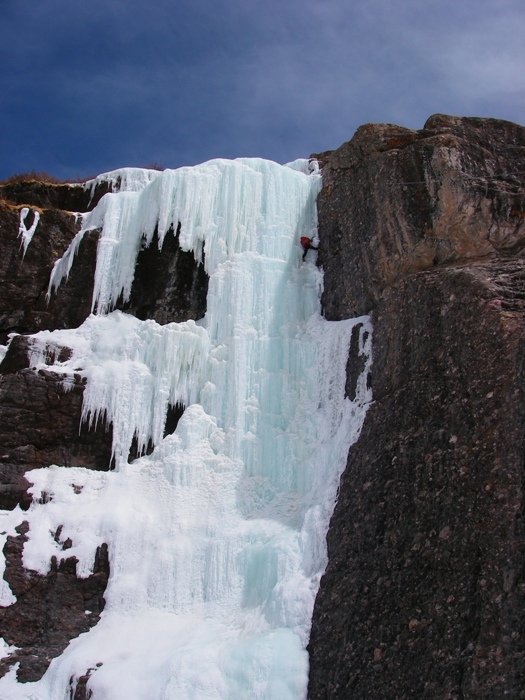 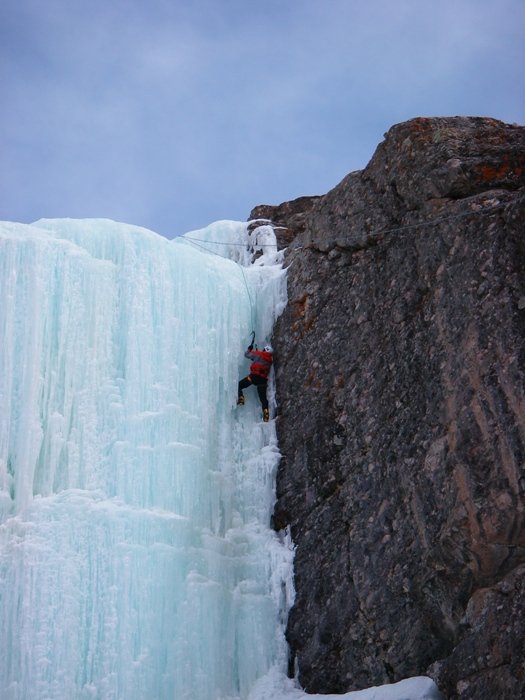 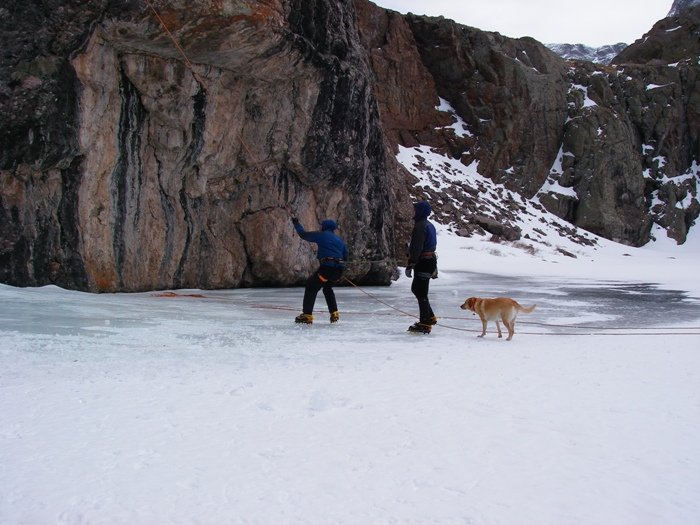 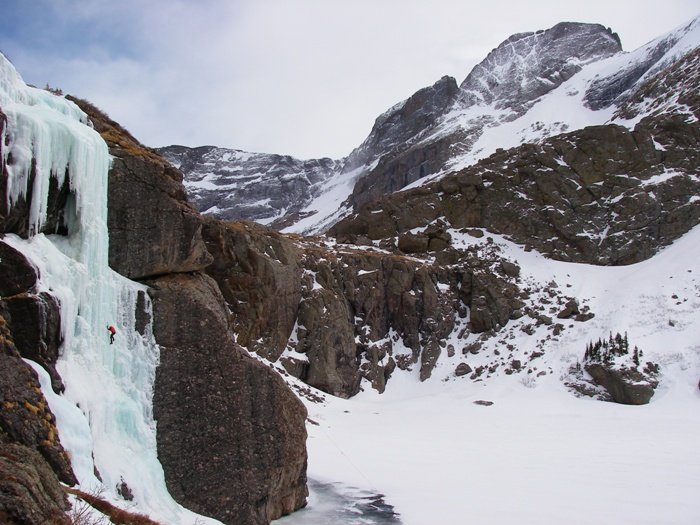 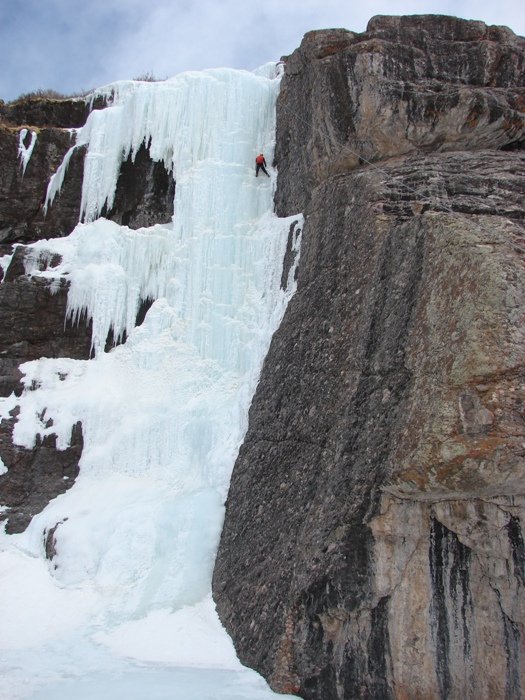 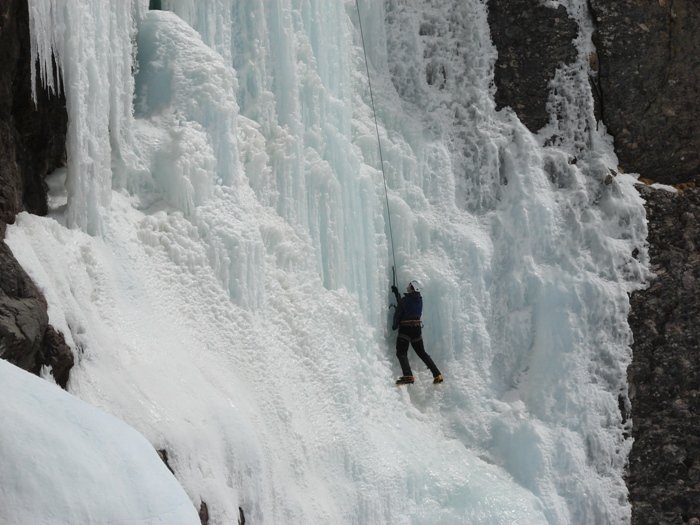 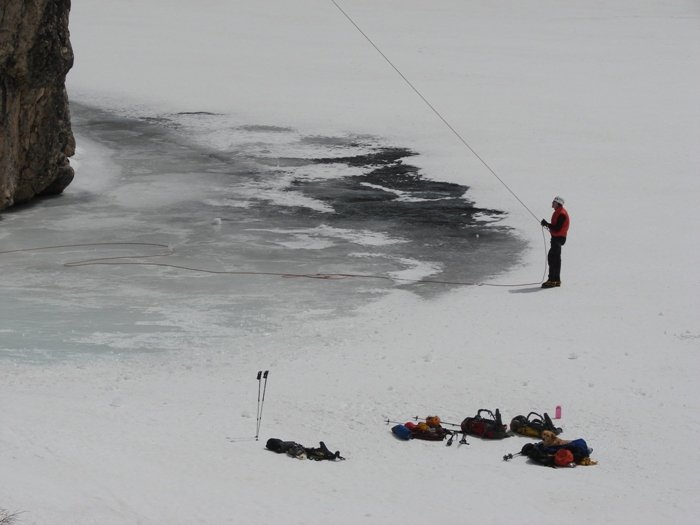 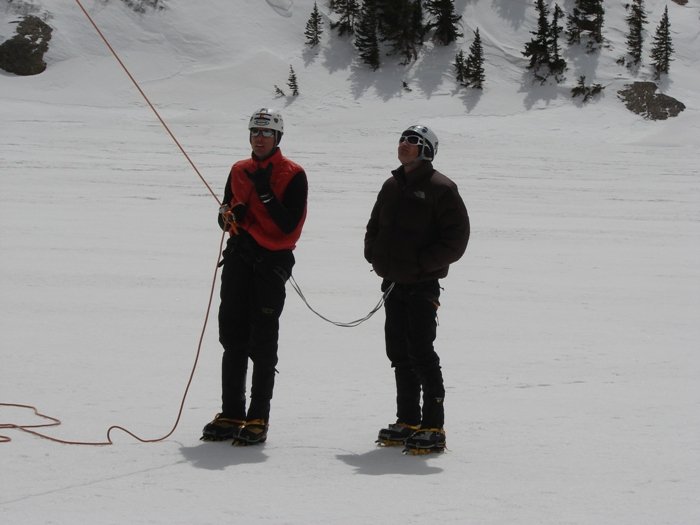 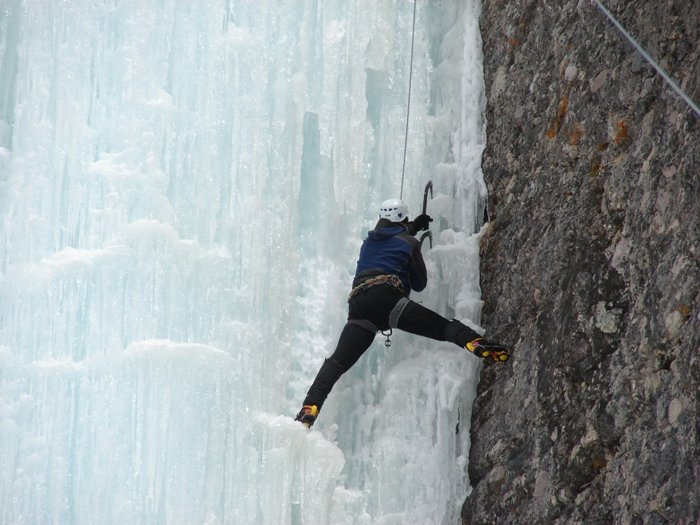 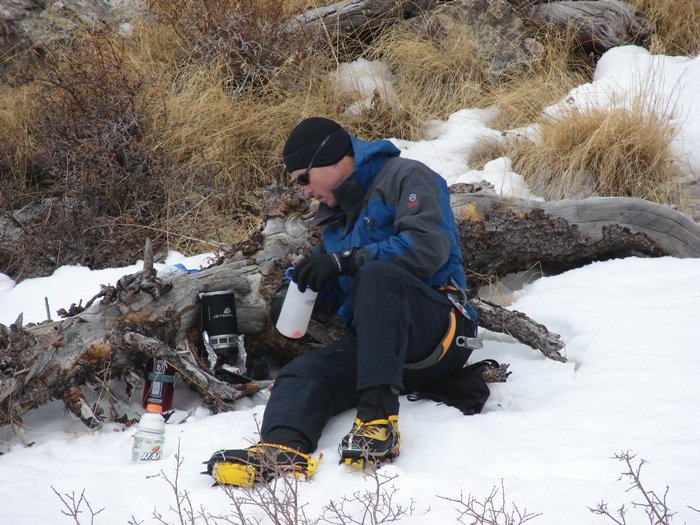 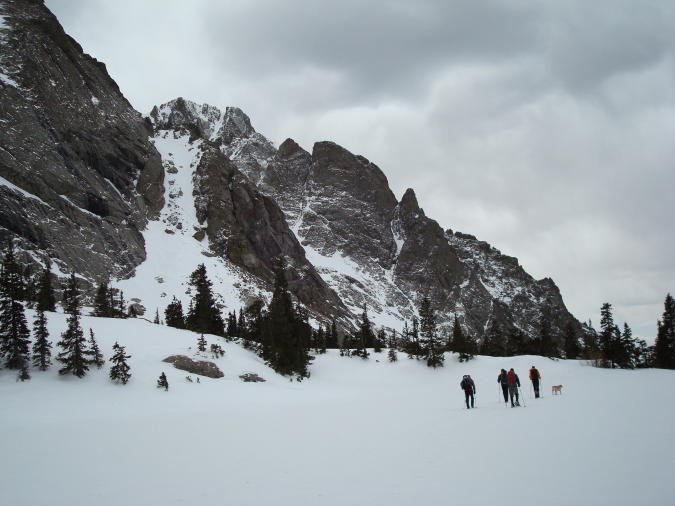