For our second day of climbing we continued with a conservative route that we felt was within our abilities.  Smoked Turkey is near the end of the South Fork.  The approach was a bit longer and more tedious than the previous day; however, it was still fairly tolerable and took us about 1 hour and 15 minutes.  Since Brian led two short pitches and I had one long pitch the previous day, we decided to reverse roles for this climb.  I would be leading the first two shorter curtains while Brian would take the longer final pitch which was The Left Wing finish of Smoked Turkey.

We geared up at the base of the first 30 meter curtain.  Once again, it was harder than it looked from our first glance.  There was a gradual ramp to the base of the vertical curtain.  Fortunately the ice was softer and I didn’t have to swing quite as often to get good sticks.  Yesterday’s climb had taken a slight toll on me and although it wasn’t a real long pitch, I still had to rest once before topping out because of its steepness.  After pulling the bulge, I put in three screws, set up an anchor, and Brian followed.

There was significantly more distance and work required between pitches on this climb when compared to our previous day.  Brian coiled the rope and we hiked several hundred meters to the base of a long wave of easy ice we thought was the second short pitch.  After I climbed it, I saw the actual 10 meter second pitch curtain discussed in the route description.  This curtain was definitely shorter than the first; however, I thought the steepness and difficulty remained approximately the same.  In addition, the upper section of the flow was fairly hollow.  Once on top, I quickly slung a large boulder on a flat ledge above the curtain and Brian followed and cleaned.

Unfortunately, there was again quite a distance to the final pitch and the snow got noticeably deeper.  I carried the rope and broke trail on this section since Brian would be leading the longer pitch ahead of us.  I struggled and grunted my way up the creek bed and upon reaching the base of The Left Wing; Brian stated that breaking trail on our approach to the last pitch was my best lead of the day.  We took a 10 minute break to refuel and hydrate before finishing the climb.  Brian did a good job leading the final pitch resting once before topping out and belaying me on a tree anchor.  The more difficult leading and trail breaking was wearing on me.  Not only did I feel as though I followed the final pitch terribly, my right crampon came loose which made things a bit more exciting.

We rappelled off a tree that had existing cord and webbing on it.  There was a walk-around for the short 10 meter curtain, and we had to build a V-thread for the long low angle ice below the second curtain.  The descent down to the first pitch required some careful down-climbing on ice that is easy to go up but more challenging to get down.  We rapped off another tree at the top of the first pitch and were down at our cached gear in a reasonable time.  We quickly hiked back down to the Shoshone River and made our way to the car at the head of Cabin Creek near the Majo Ranch.  Day two was over and we were both still alive.  It was another successful day. 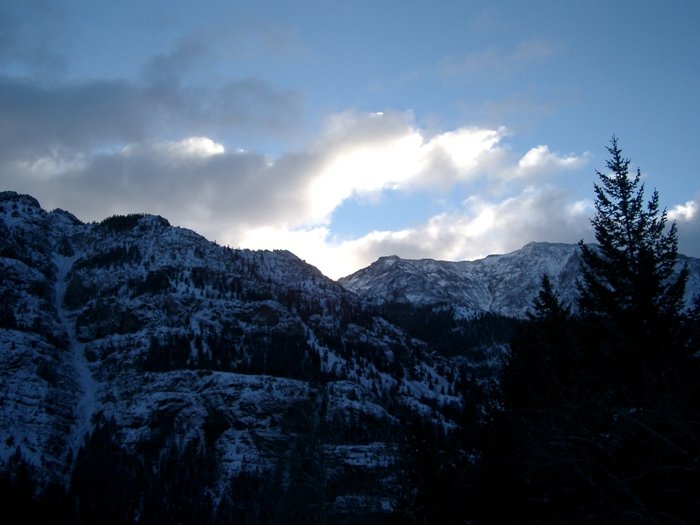 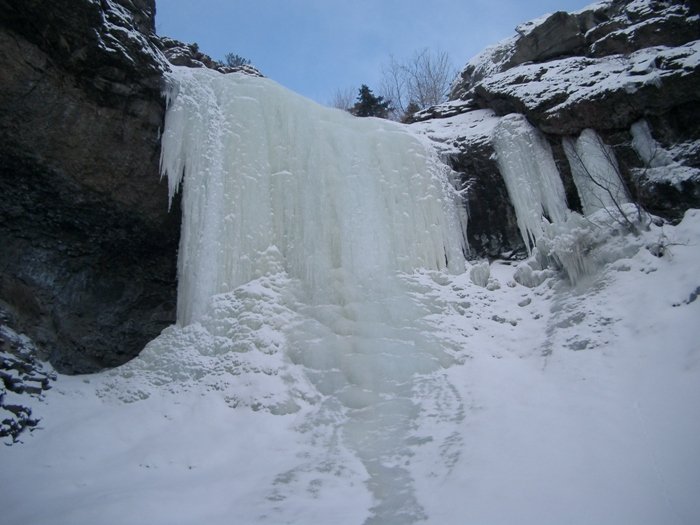 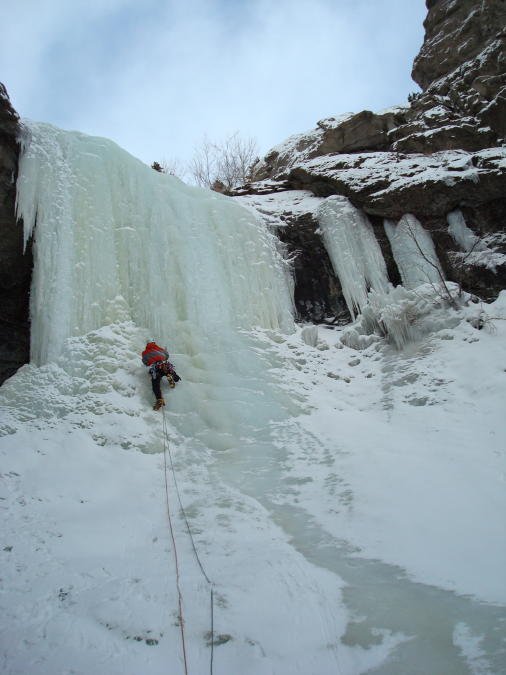 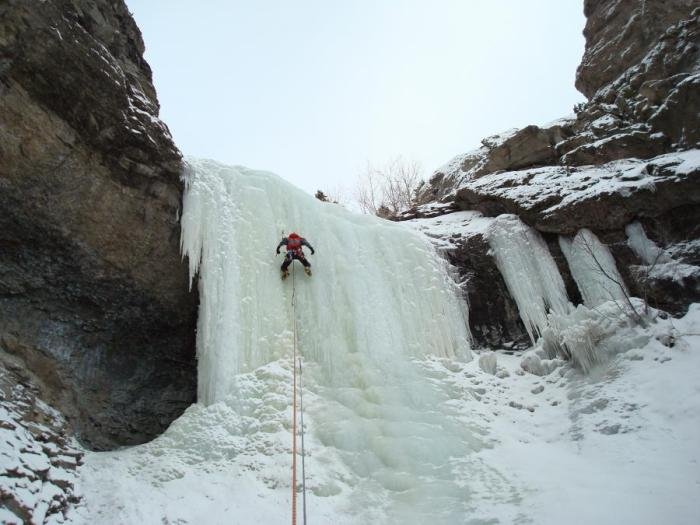 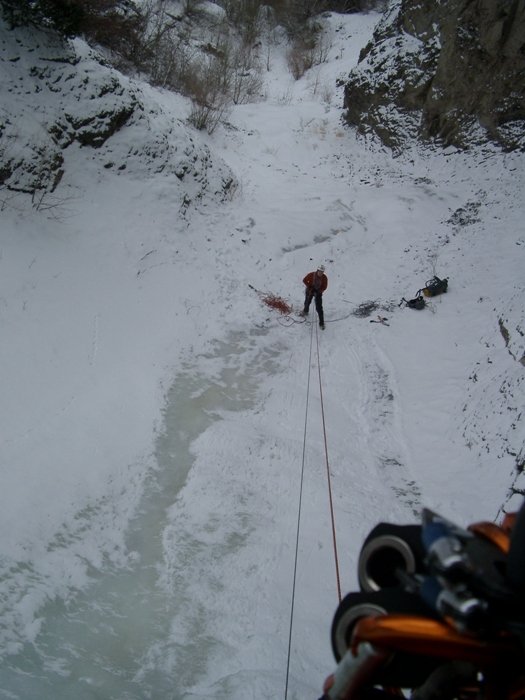 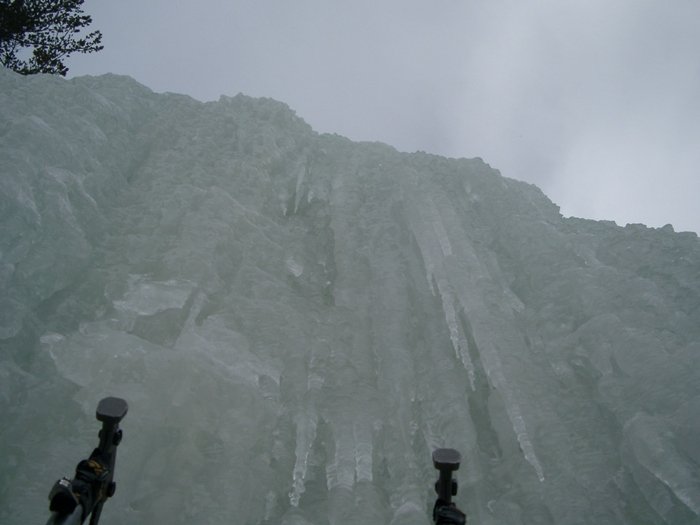 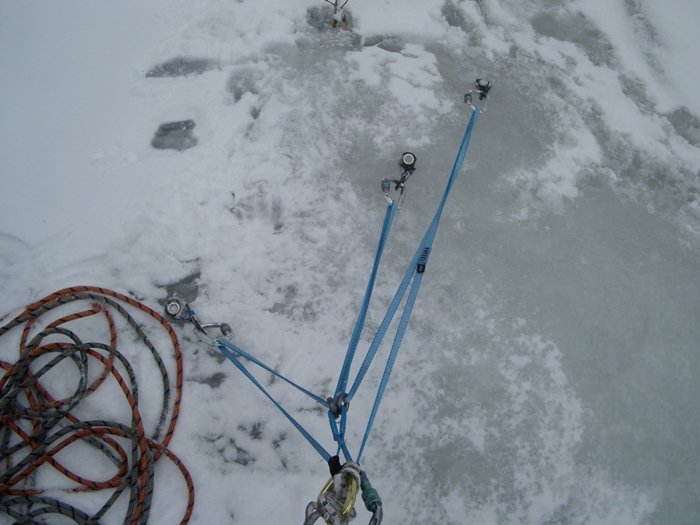 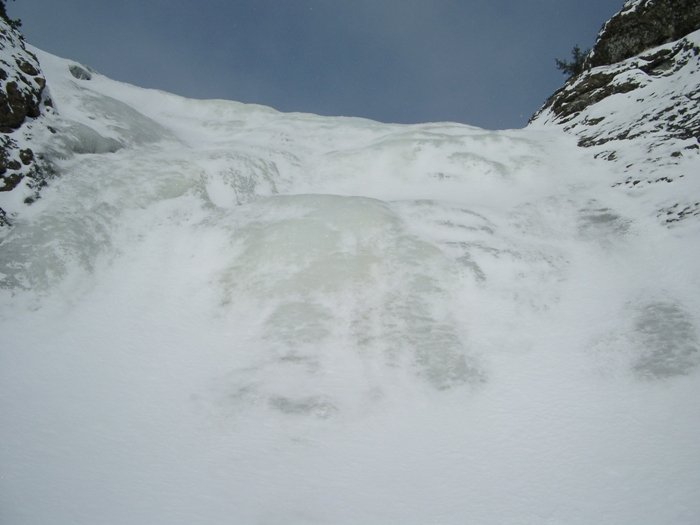 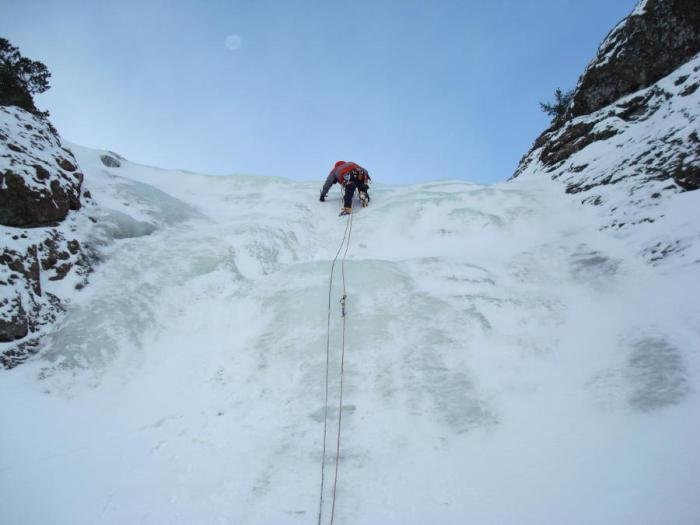 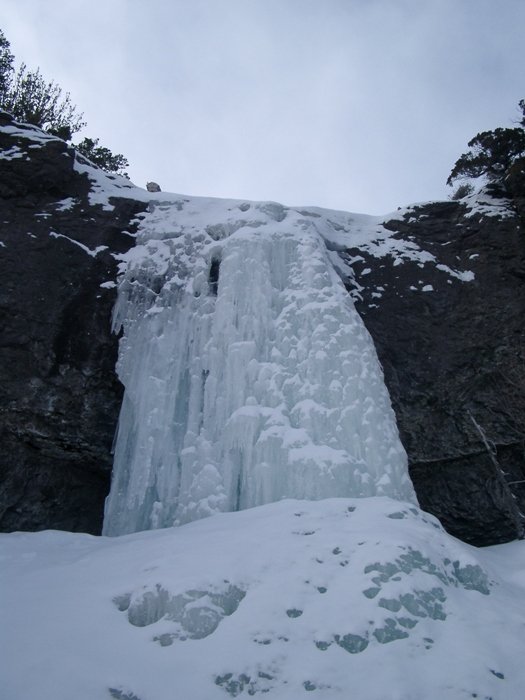 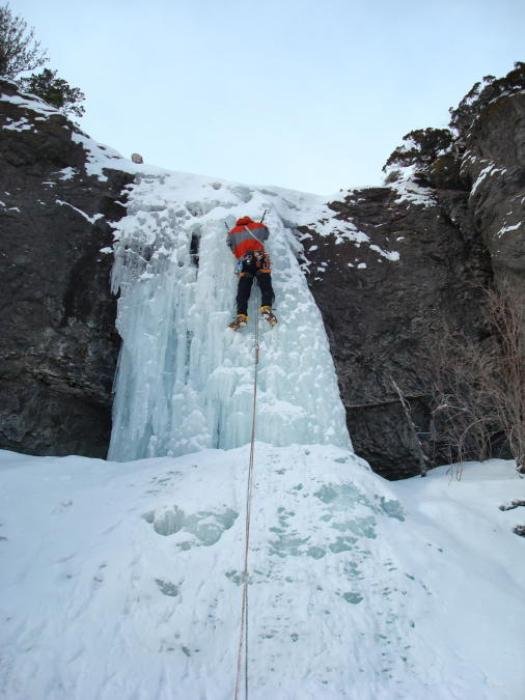 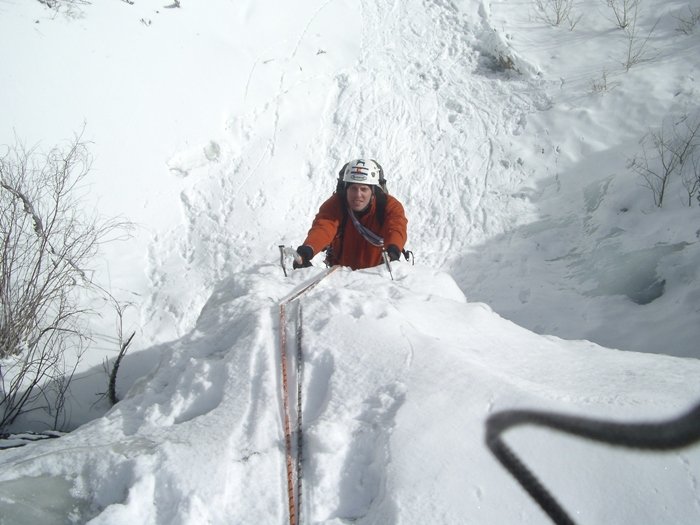 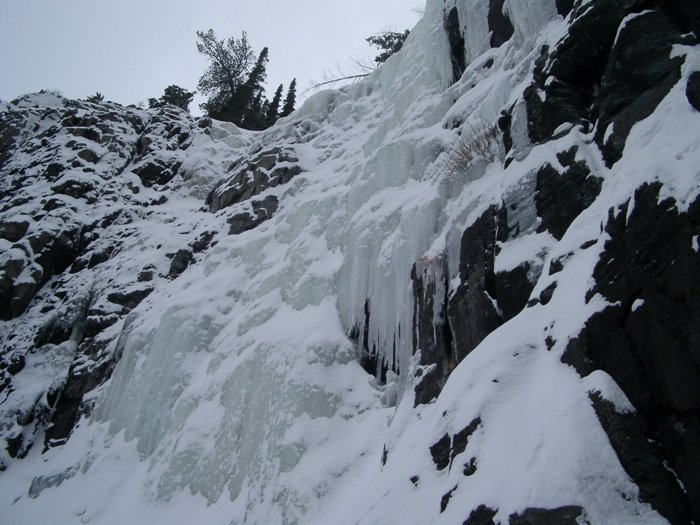 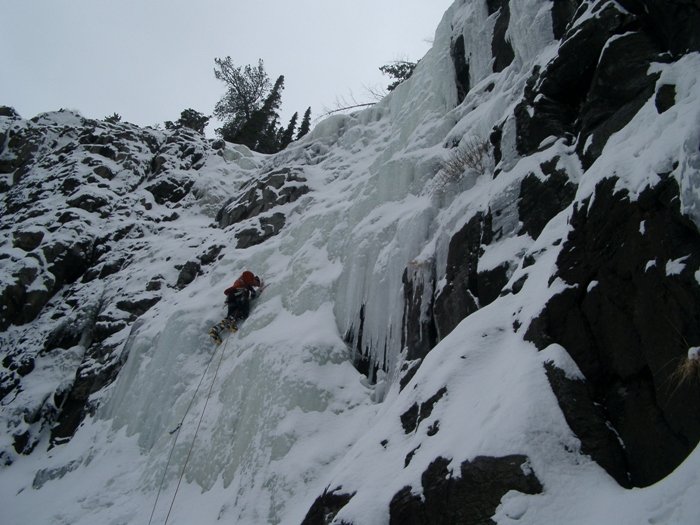 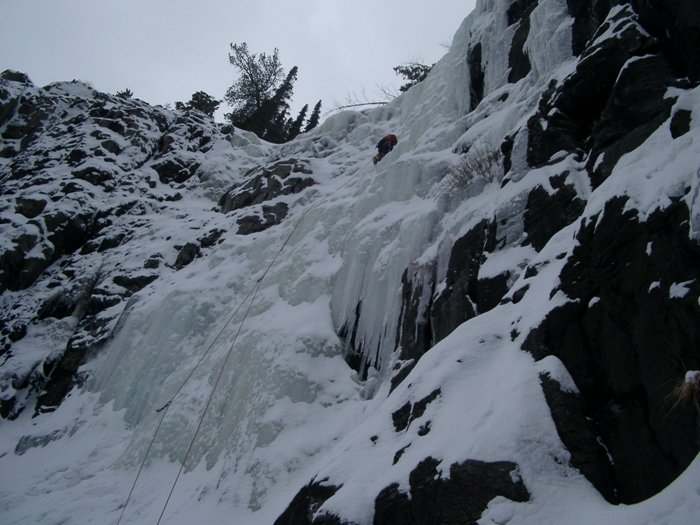 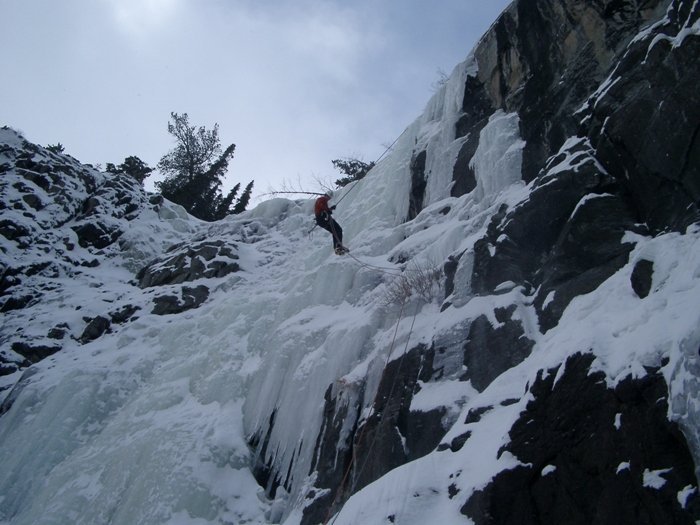 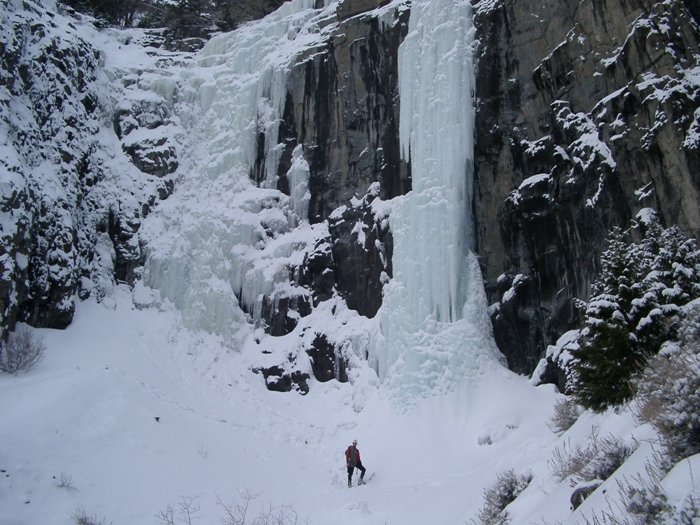 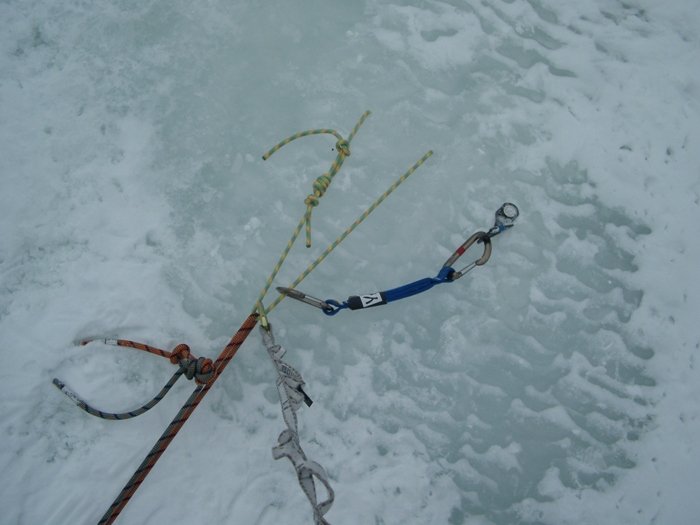 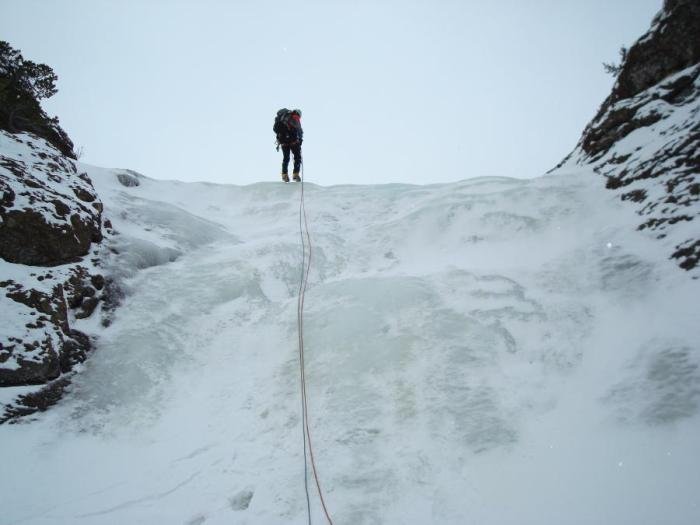 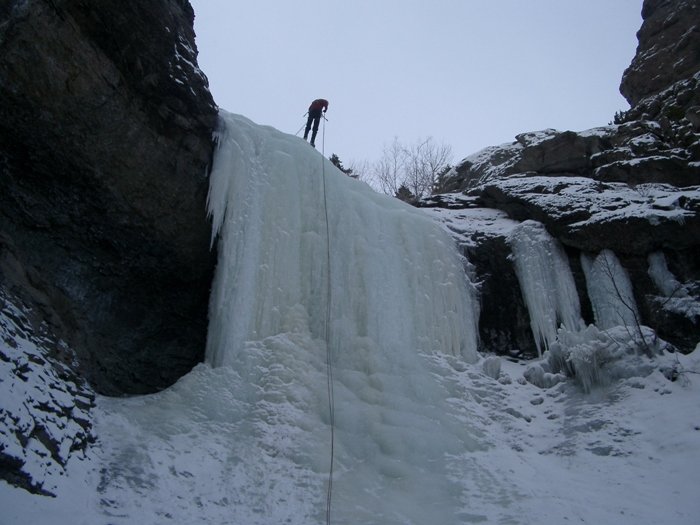 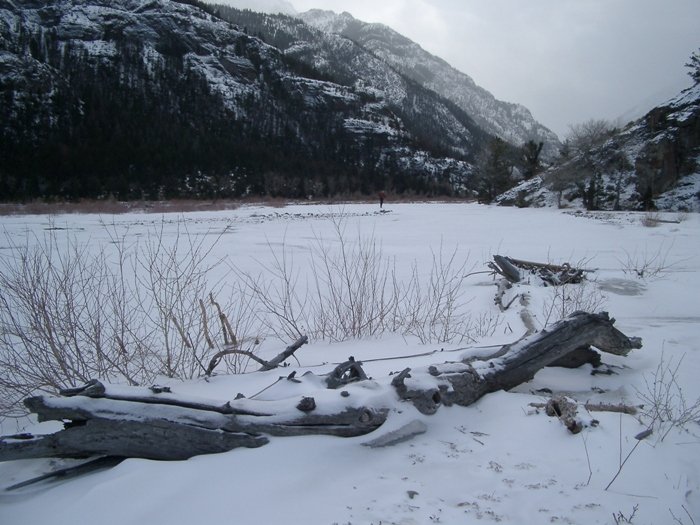 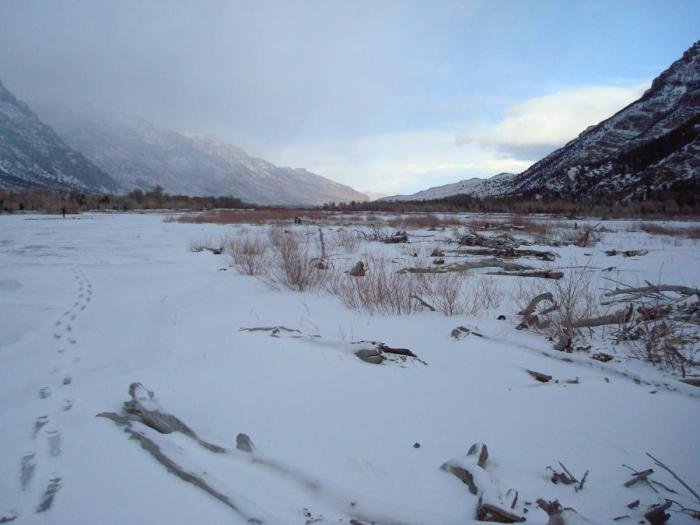