Kevin wanted to get out of town for part of the weekend, and I hadn't been out in the mountains for a while so I told him I was in.  After contemplating a couple of options, we decided to try North Maroon Peak in the Elk Range.  We figured the colors would be turning and Kevin might be able to knock out another 14er.  We left Friday afternoon, had dinner in Aspen, and car camped at the Maroon Bells Trailhead.

There was a lot of activity in the parking lot Saturday morning, but most people were photographers.  In fact we only saw a couple other parties hiking all day along with some people on the summit of South Maroon Peak.  We didn't get an alpine start, and weren't hiking until shortly after 6:00.  The forecast was reasonable, so we weren't too worried about our later start.  We hiked next to the Minnehaha Gulch and easily found the creek crossing.  After a bit more scrambling, we took a break before working our way over to the first gully on North Maroon Peak's northeast ridge route.  My blood glucose was in good shape, but I needed to continue to eat to keep it up at a reasonable level.

We worked our way up the first gully on a climber's trail to the point where you cross over to the second higher gully.  Things were going well and we were making good time.  Once we saw up the second gully, there were 3 other parties above us.  We took another break and slowly worked our way up the second gully to the actual northeast ridge passing two of the other parties along the way.  We gained the ridge, crossed over to the north face of North Maroon Peak, and ran into a fair amount of snow.  The class 4 crux was iced up and the optional class 3 route wasn't any better.  We didn't have crampons, a rope, or any gear.  We didn't feel like pressing our luck, so we turned back at 13,600'.

The last time I down-climbed this route on North Maroon Peak was last year after climbing the Bell Chord Couloir.  I didn't particularly enjoy the descent; however, I was more tired, carrying more gear, and hadn't ascended the route.  I didn't think the down climb this year was bad at all as long as you stick to the climber's trail.  We made it back to the trailhead, had a couple of beers, and I ate a caramel apple.  Unfortunately, we fell short of the summit by 400' and should have been more prepared from a gear perspective. 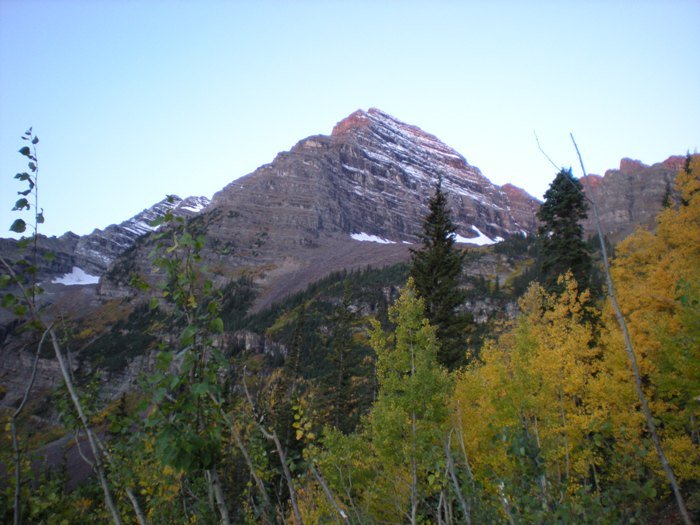 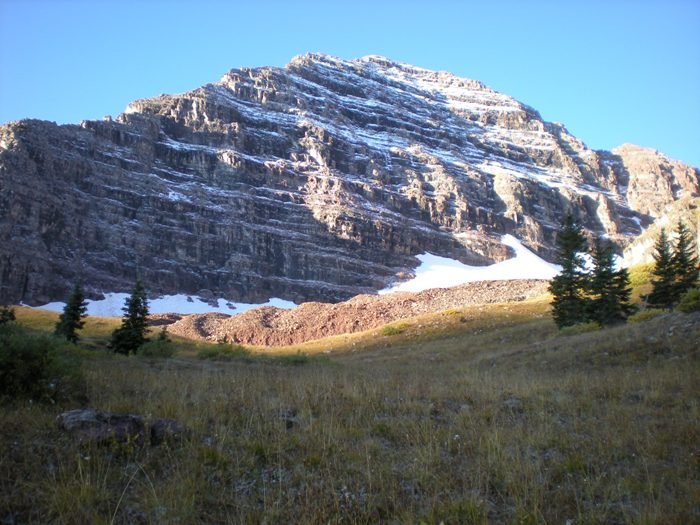 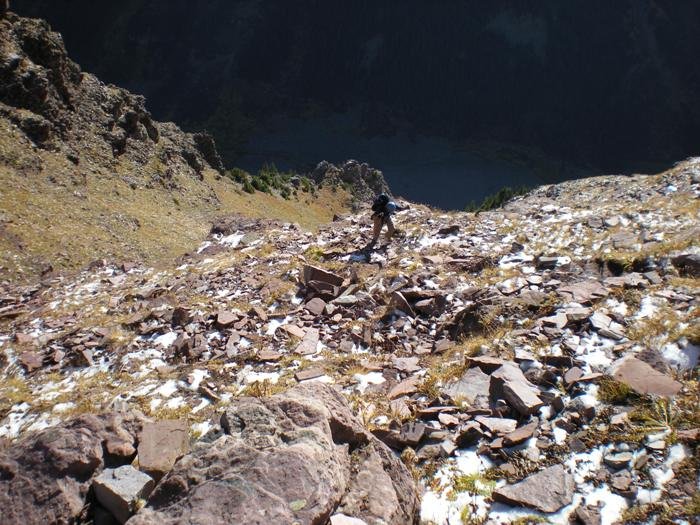 Kevin scrambling up the first gully. 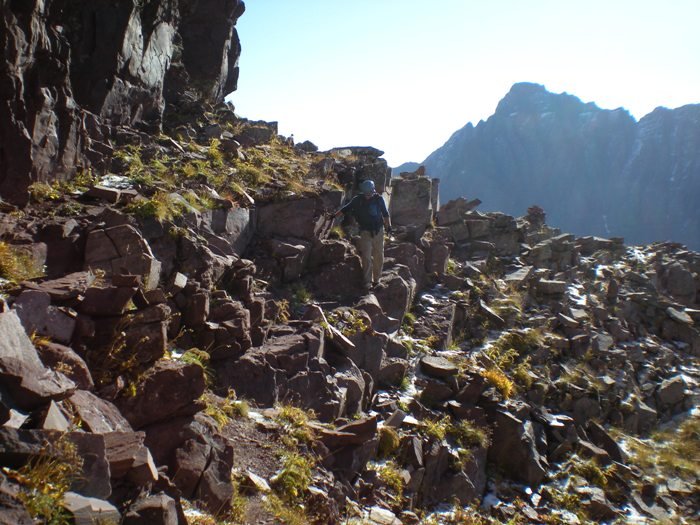 Kevin crossing over from the first gully to the second gully. 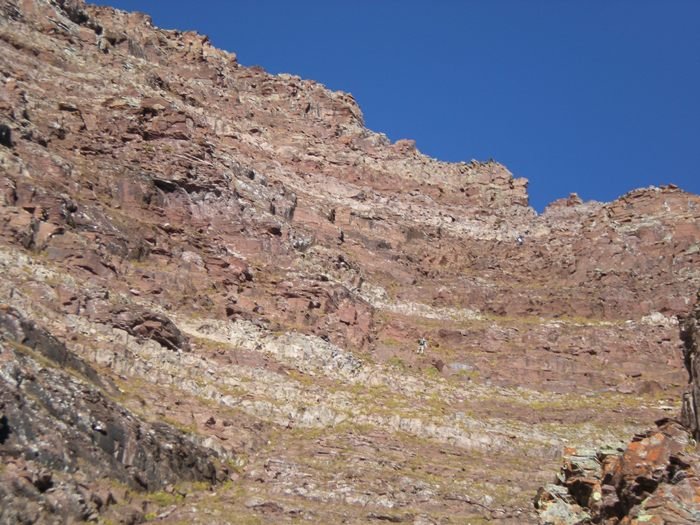 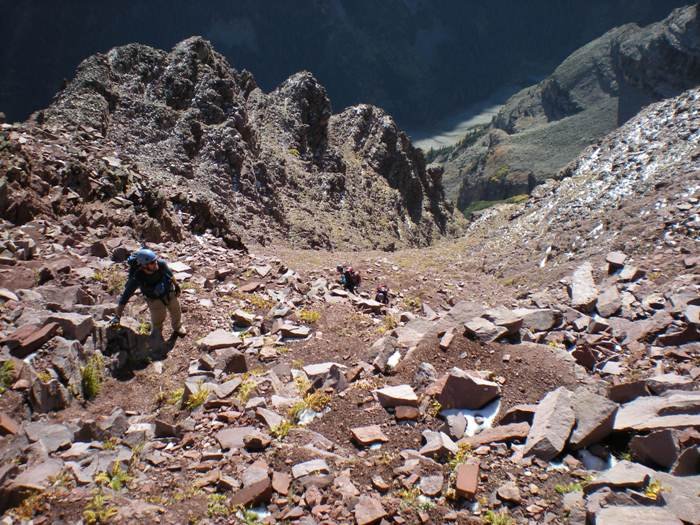 Kevin near the top of the second gully. 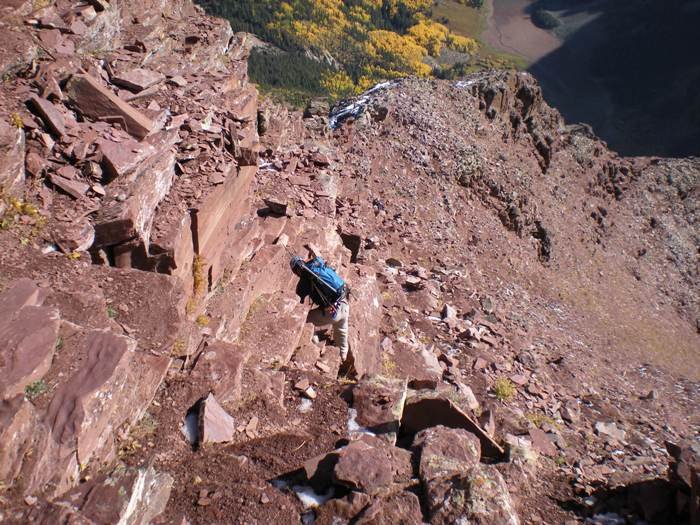 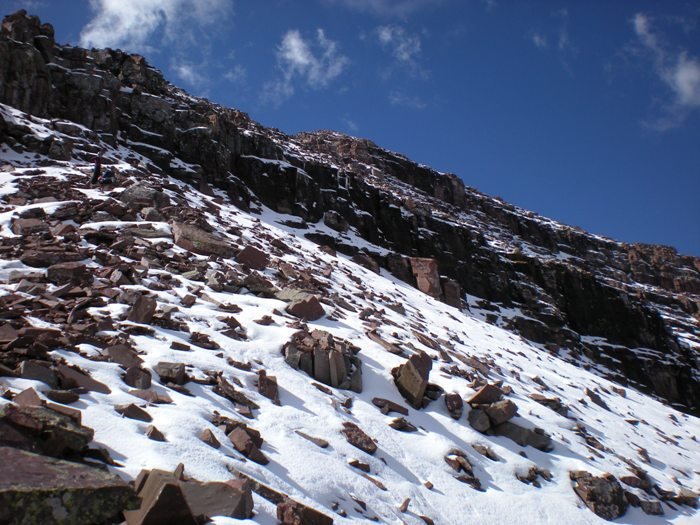 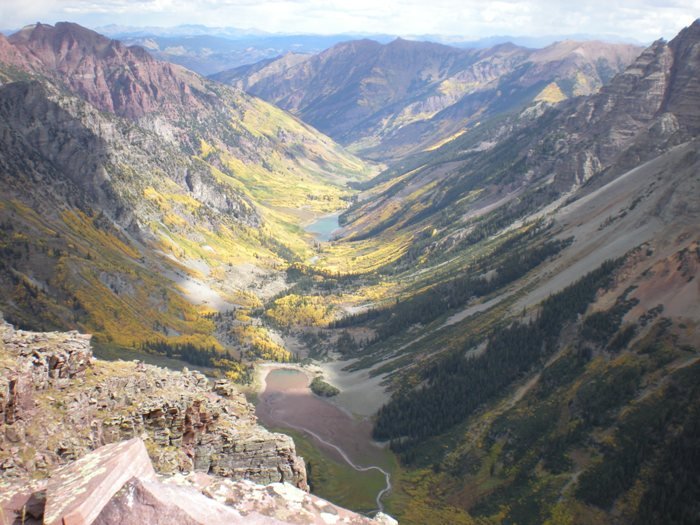 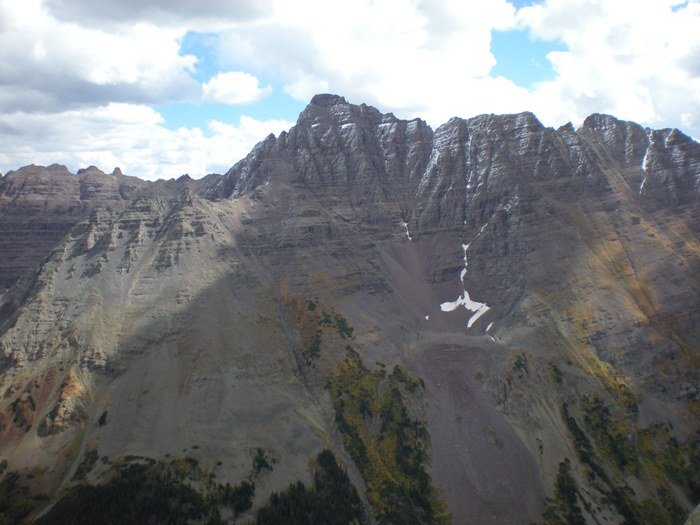 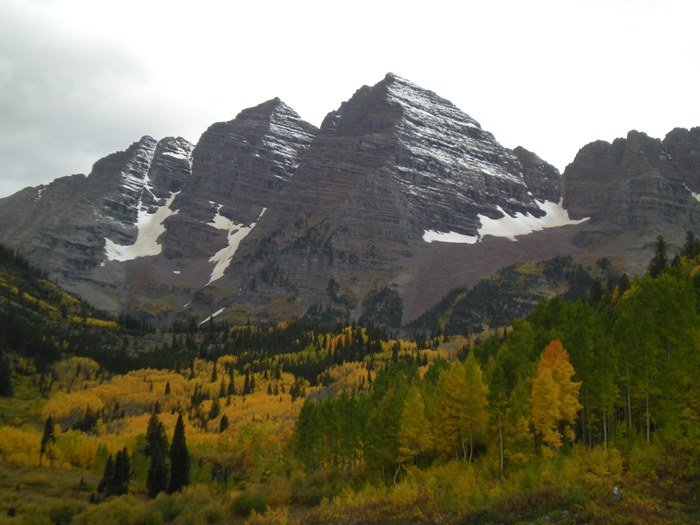