Since John, Brian, and Jeff had not climbed Skywalker Couloir on South Arapahoe Peak, I joined them for an early season snow climb.  I was on this route two years ago under somewhat different conditions.  The snow climb seemed steeper then; however, the traverse had much less snow and the approach was also melted out more.  Regardless, we had a good day and enjoyed ourselves under ideal conditions.  The roundtrip time was 7 hours and 15 minutes with 30 minutes on each summit of North and South Arapahoe Peaks.  Snow climbing season this year in Colorado is approximately two to four weeks behind the last couple of years so people just seem to be getting out now with extreme caution as there is still a ton of snow in the mountains. 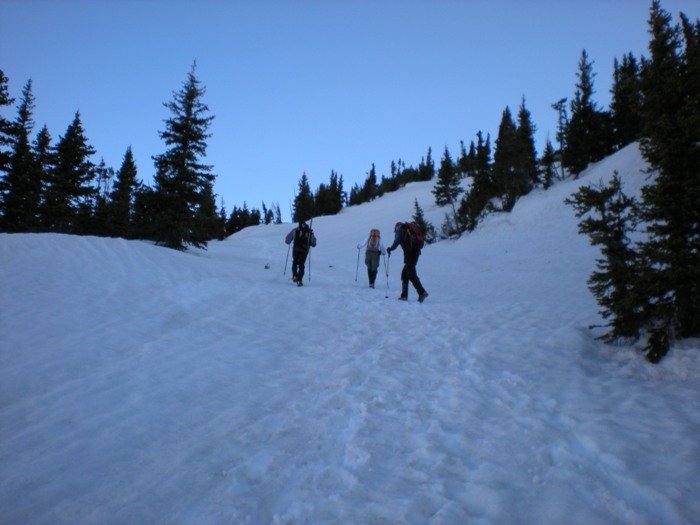 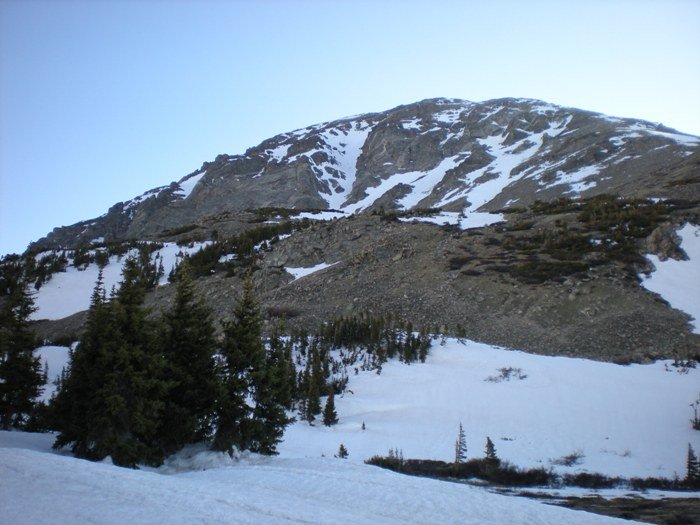 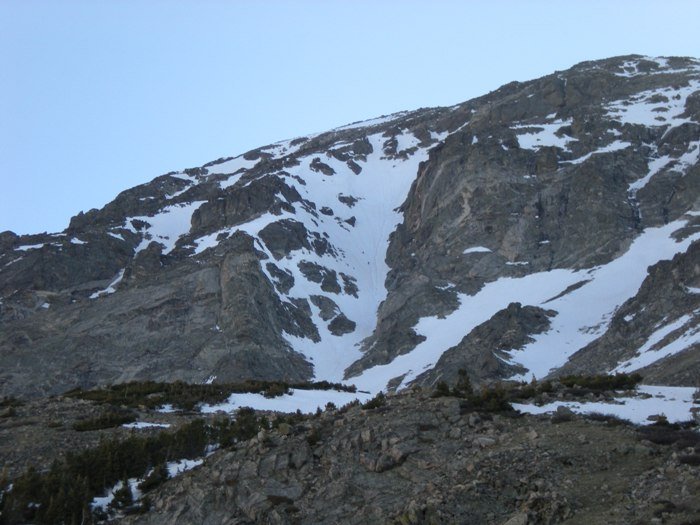 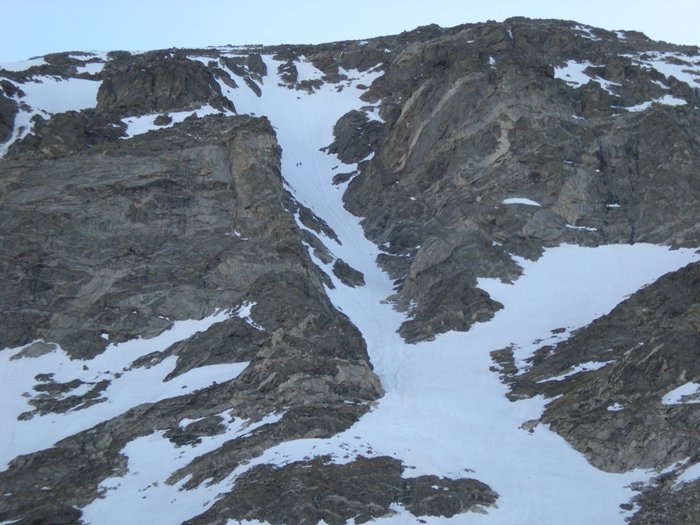 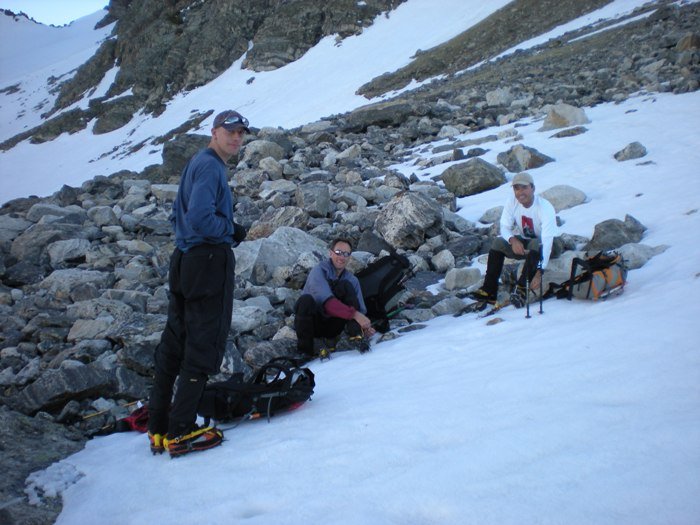 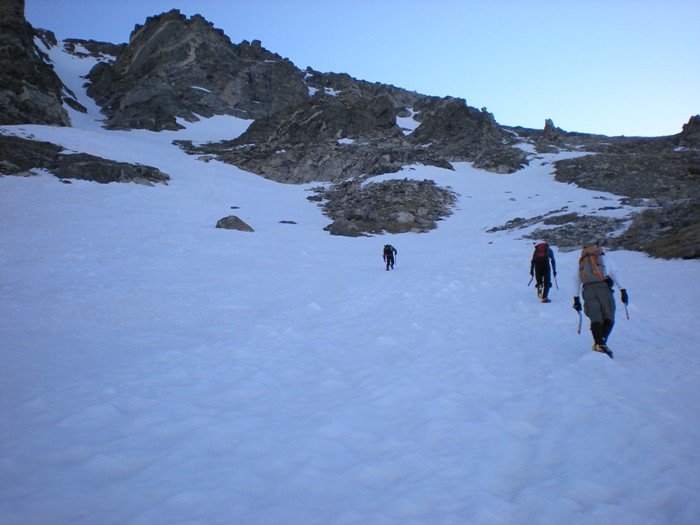 Starting up the apron of the climb. 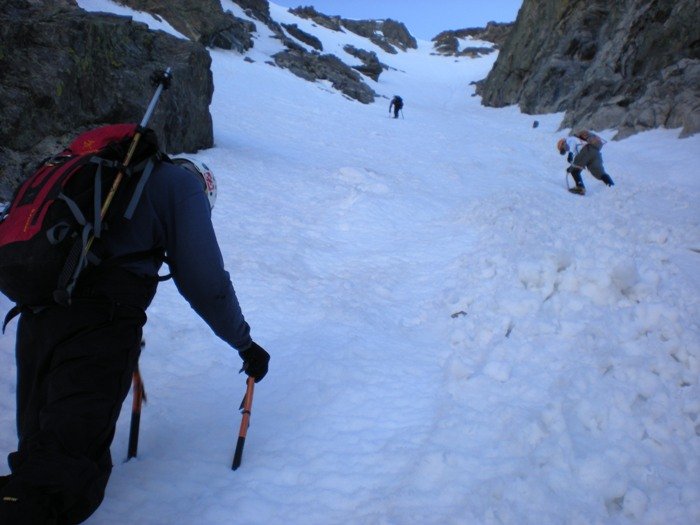 Near the middle of the couloir. 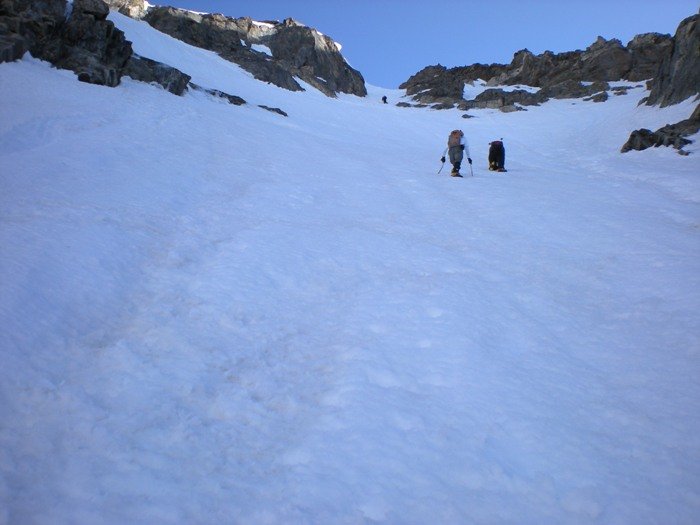 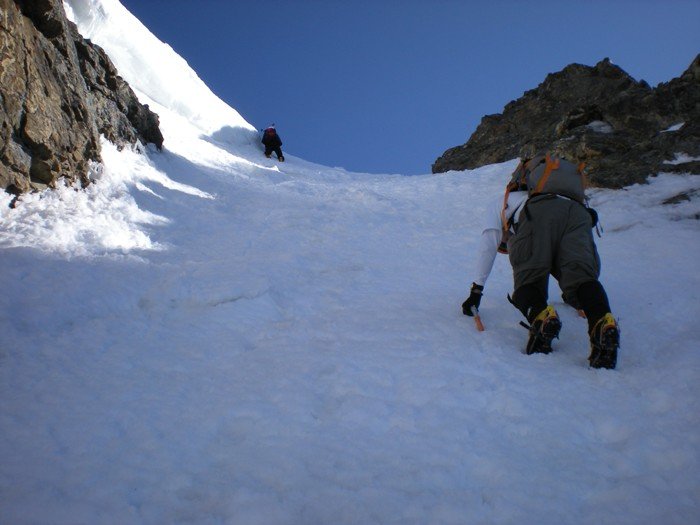 Brian and Jeff finishing the climb. 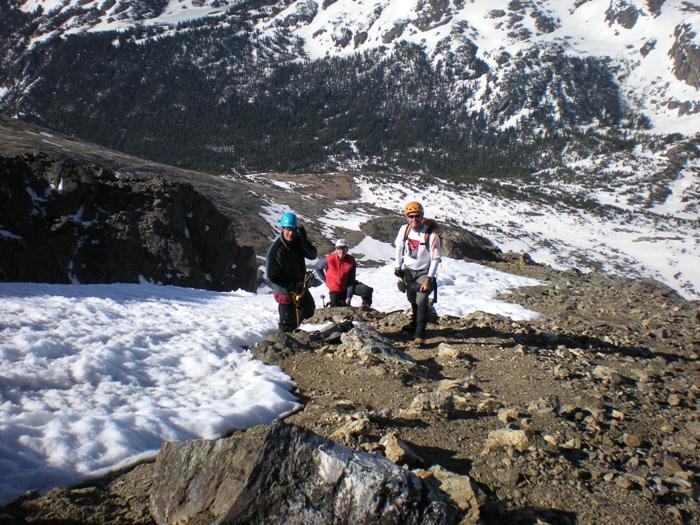 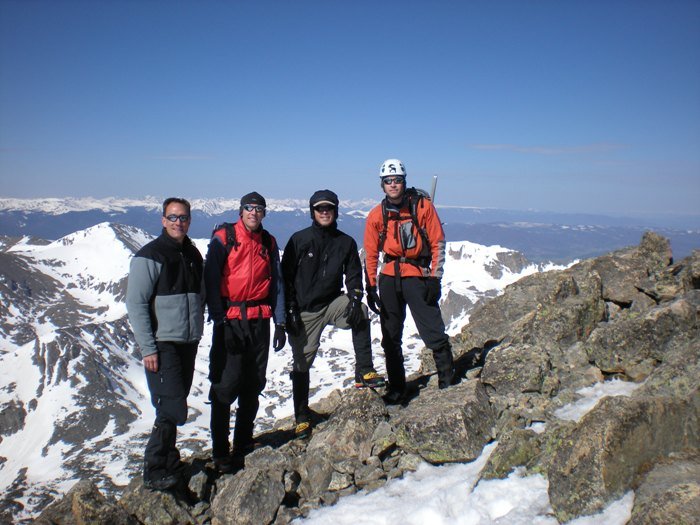 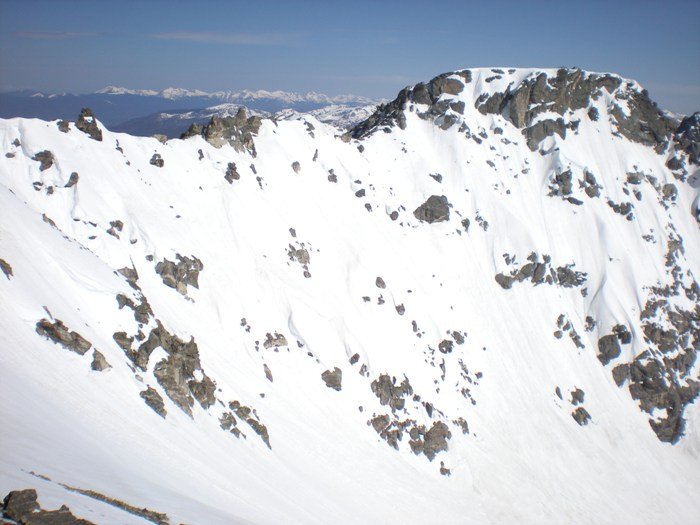 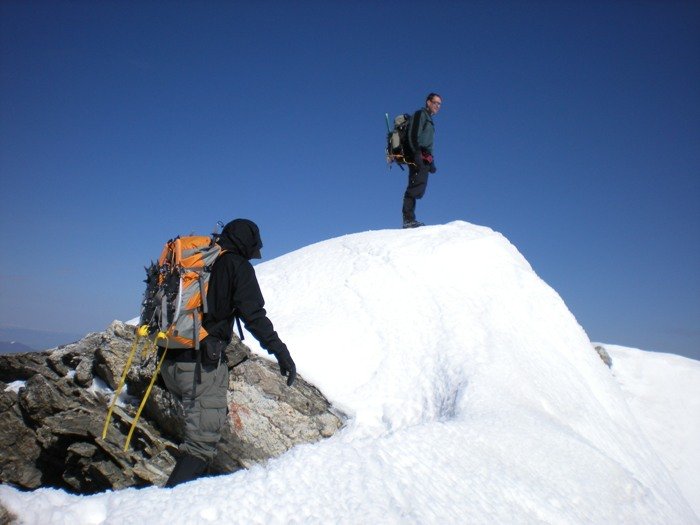 Jeff and John starting the traverse. 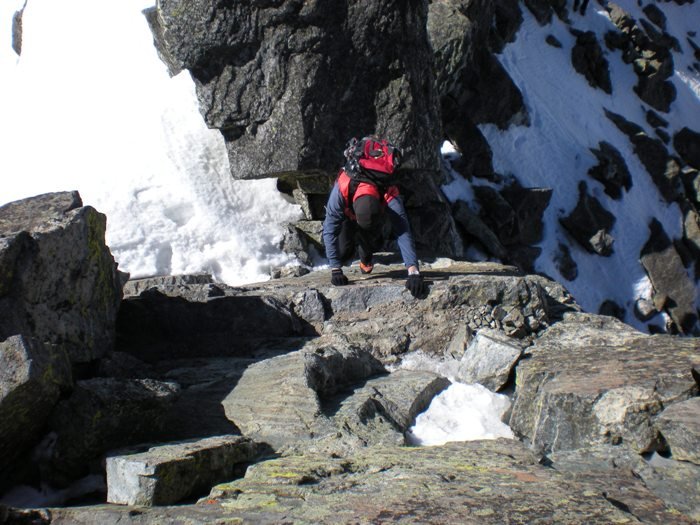 Brian on the crux of the traverse. 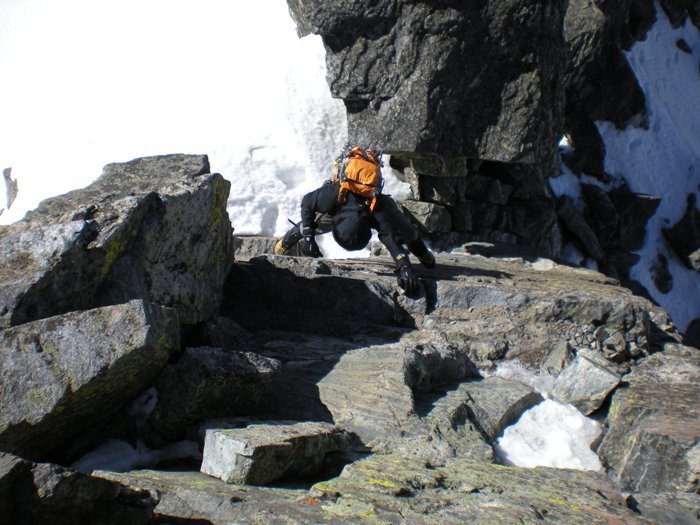 Jeff on the crux of the traverse. 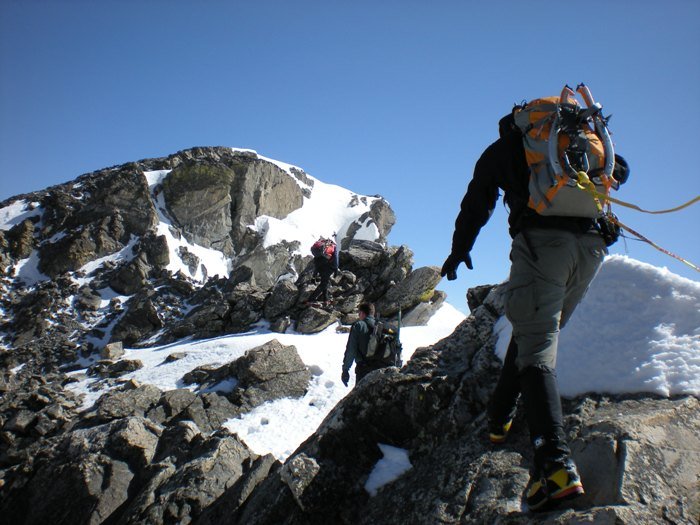 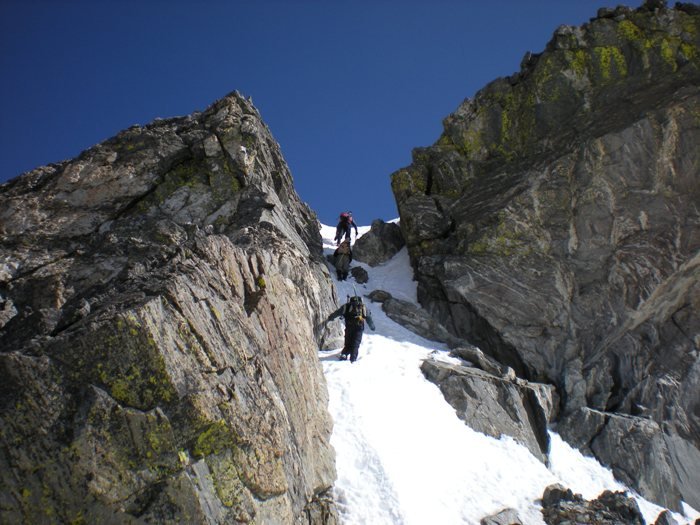 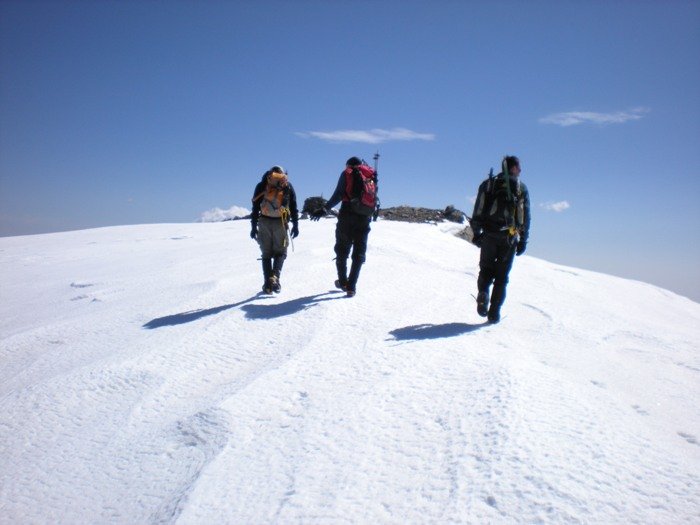 Jeff, Brian, and John on the summit snow field. 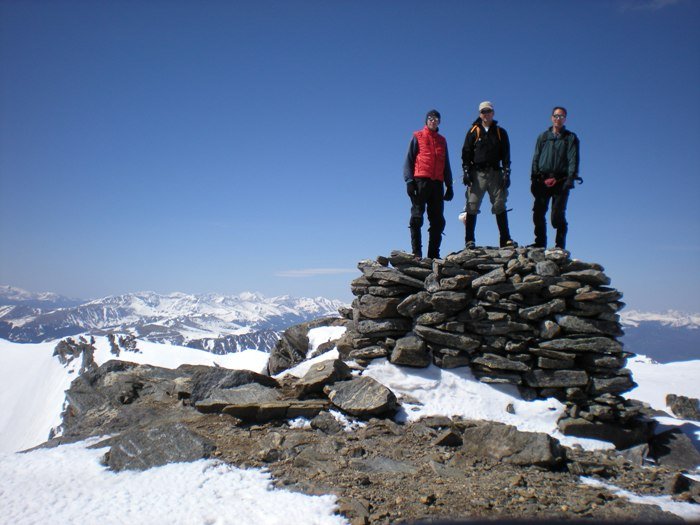 Brian, Jeff, and John on the summit of North Arapaho Peak.