Layne Bracy wrote this trip report.  I was in this area a couple of years ago to climb Skywalker Couloir.  It was nice to be back in the area and see the terrain in a different season.

James and I met on Highway 119 south of Nederland, Colorado, at the turn off to Eldora.  We drove 4.7 miles, dropping my car at the junction to the Hessie Trailhead, then he drove us to the 4th of July Trailhead.  We started hiking at 6:00 up the pleasant trail.  James was kind enough to not only set up the shuttle, but also to hike Quarter to Five Peak with me.  At about 11,500', we left the trail, heading up 800' in 1/4 mile to the summit.  We saw five ptarmigan in their summer clothing on the slope and arrived atop the first peak at 7:40.  We headed down the bumpy ridge to Arapaho Pass and connected with Kevin, from Rollinsville, Colorado, who was also planning to do Mount Neva's north ridge too.  Kevin and I were going by Roach's description, James by Cooper's, and we all managed fine.  From the first major notch we traversed east of the ridge.  From the second, I traversed on the west side while the other two stayed higher on the ridge.  At the third notch we traversed up on the east side on class 3 terrain to reach the gully below the crux.  At the gully we saw three possible routes, on the east side, west side, and top of the gully.  There also seemed to be a way to drop low on the west and bypass the crux altogether. After reviewing the descriptions, James led us up the route on the east side.  I used a couple knee on the ledge moves and thought it was solid class 4 and not something I would enjoy down-climbing.  From the crux, we continued along the ridge, reaching Mount Neva's summit at 9:50.  After a break, Kevin sped ahead to Jasper Mountain and a music festival, while James and I took a more leisurely pace, reaching Jasper Mountain's west summit at 11:00.  We scrambled over to the east summit, deciding the west was higher.  With James heading home to meet other obligations, I continued alone along the Continental Divide, reaching Point 12660 at 12:00.  The stretch to Skyscraper Peak is gentle but long, and the winds were pushing hard.  I was happy to reach the last summit at 1:35.  From the summit, I walked along the east ridge then descended south to Skyscraper Reservoir with minimal bushwhacking at 2:50.  Everything about Skyscraper Peak seemed very pleasant.  From the reservoir I caught the trail and reached the Hessie Trailhead and continued to my vehicle at 4:40.  It was a great day in the Indian Peak Wilderness.

After Layne went south on the divide, I dropped off the northeast slopes of Jasper Mountain to an unnamed lake.  I came across the debris of an old plane crash that didn't appear to be that old.  I later found out that the pilot was a 29 year old commercial flight instructor flying from Denver, Colorado, to Steamboat Springs, Colorado.  He crashed on December 14, 1971, in bad weather.  The bushwhack back to the Diamond Lake Trail wasn't too bad. 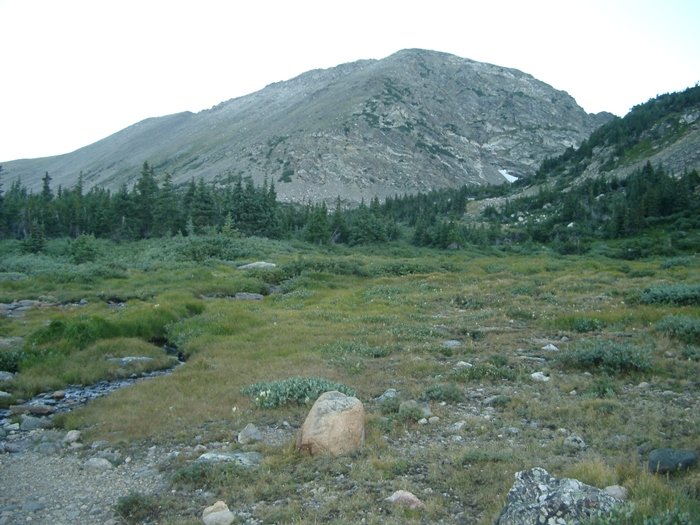 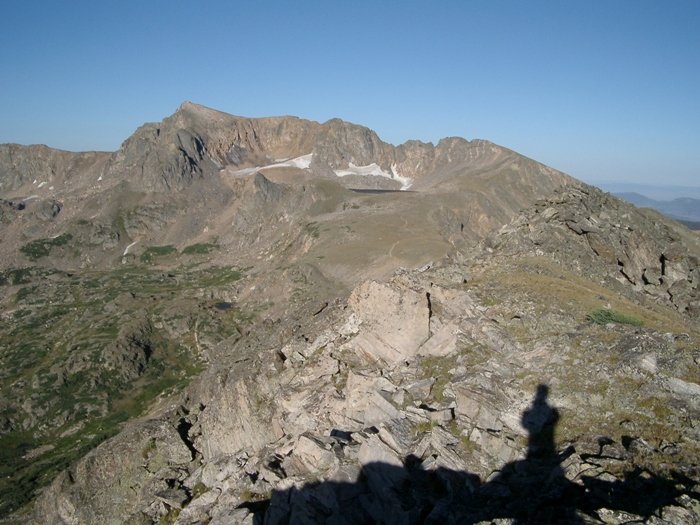 Mount Neva and Dorothy Lake from Quarter to Five Peak 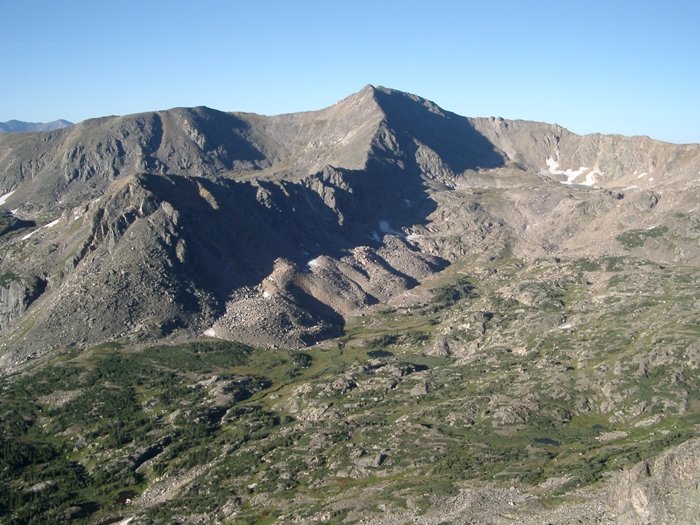 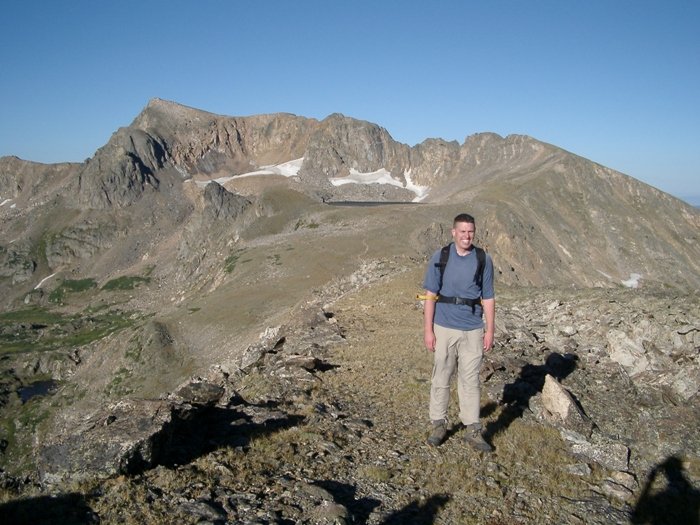 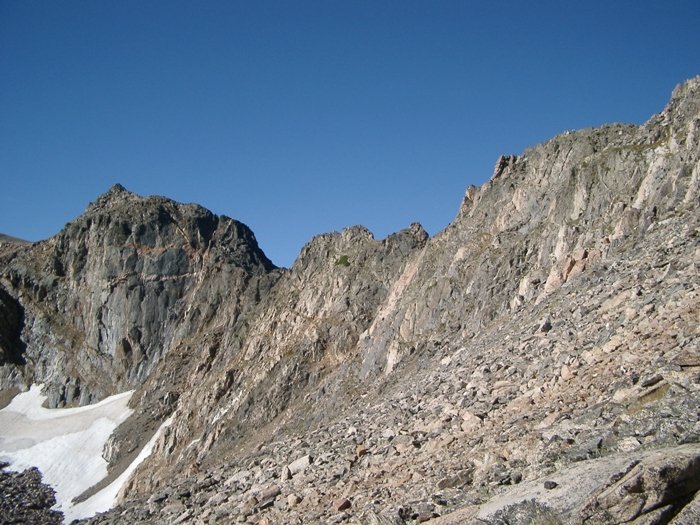 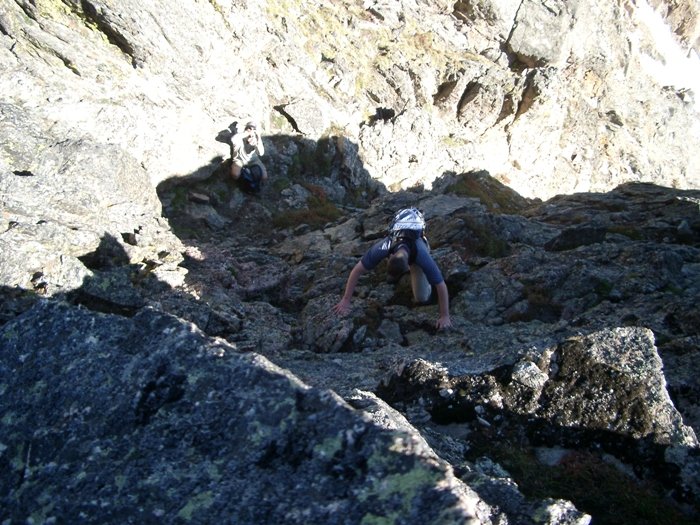 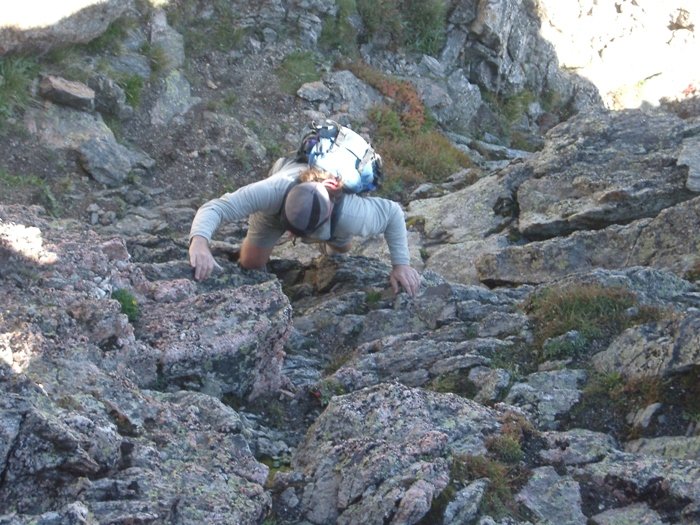 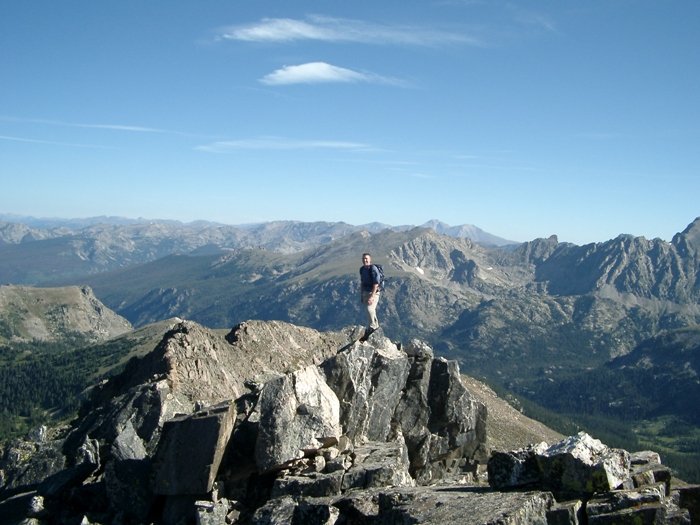 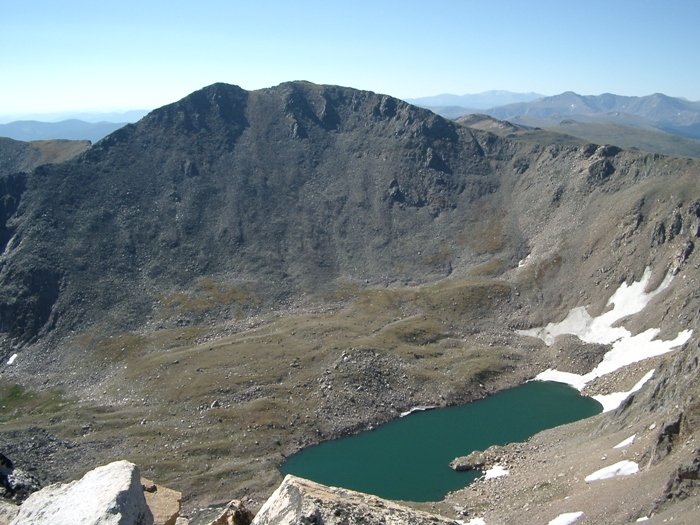 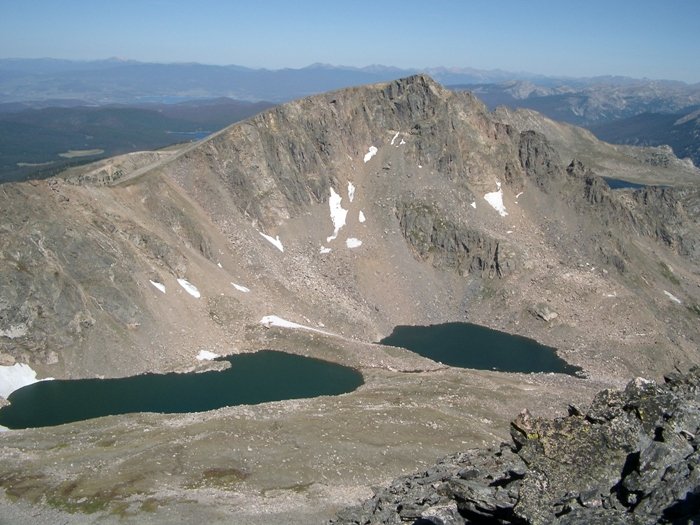 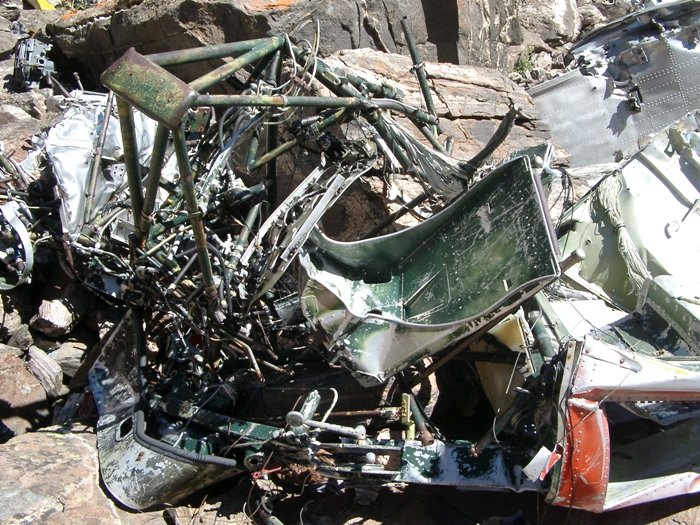 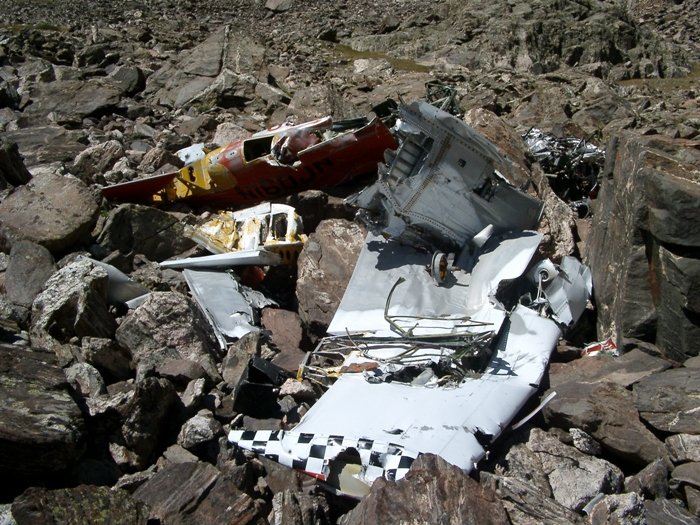 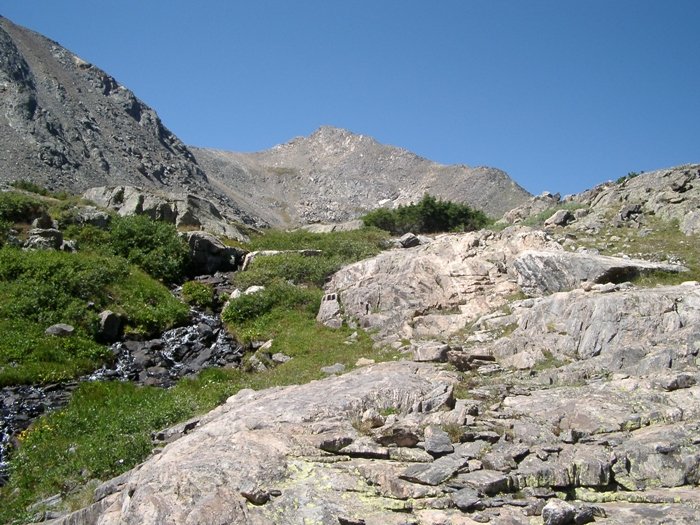