This particular trip ended up being a pleasant surprise for me.  I had some time off and decided to try some peaks in the Ten Mile/Mosquito Range.  The brief research that I did indicated that most people linked Clinton, McNamee, and Traver as a single hike with a few adding Wheeler from the south ridge.  After a quick look at the map, I noticed that North Star Mountain could also be hiked with virtually no added distance and only a nominal amount of vertical.  So my plan was set to do a loop hike around Wheeler Lake north of Mount Lincoln and collect five named peaks along the way.

I left Denver at 4:30, but got tired on the drive and took a 30 minute nap on Kenosha Pass before finally starting my hike at 7:15 from the Montgomery Reservoir Trailhead.  Initially it was just steep hiking before gaining the east slopes of North Star Mountain.  The grade eased, but the ridge seemed to go on forever.  I finally made the east summit and knew it was only about one mile along the gentle ridge to my first summit of the day.  When I finally reached the true summit of North Star Mountain, I realized why this peak isn't generally added to the normal hike of the Centennial Peaks of Clinton and Traver.  The ridge between North Star and Wheeler looked moderately difficult.  It was at this point in time that I vaguely remembered something about North Star Mountain in the Colorado Scrambles guidebook.

I decided to try the ridge and if things got too difficult, I would either escape down to Wheeler Lake if possible or retrace my steps back over North Star Mountain.  The descent to the low point of the saddle wasn't too difficult.  Although I felt comfortable, as I started back up towards Wheeler Mountain, things definitely got more challenging.  It was fun third and fourth class scrambling with an occasional fifth class move.  I tried to stay on the ridge as much as possible, but there were a couple of towers that I had to skirt and down-climb around.  The major obstacles were avoided on the south side towards Wheeler Lake.  After gaining Wheeler's south ridge, there was a short scramble on the west side of the ridge in order to gain the actual summit.

I took a quick break and started the slog over to Clinton Peak.  There were actually two false summits before reaching the top, but in viewing the peaks all day, I had anticipated them so they weren't morally defeating.  After reaching Clinton Peak, the ridge between it and McNamee Peak and Traver Peak looked fairly nominal, so I knew the hard part of the day was over.  Once on top of Traver Peak, my climbing for the day was over and I just had to work my way back down to the four-wheel-drive road and the Montgomery Reservoir.  I didn't record all of my splits, but it took six hours to reach Clinton Peak because the North Star/Wheeler traverse slowed me down quite a bit.  As I approached the trailhead, I took some photos of Lincoln Falls in anticipation of ice climbing season.  The falls actually looked pretty good for early October.  My round trip time ended up being 9 hours and 10 minutes.  When I got home, I read about the North Star to Lincoln traverse route.  I didn't complete the entire traverse from North Star Mountain to Mount Lincoln, but I did do the most difficult section. 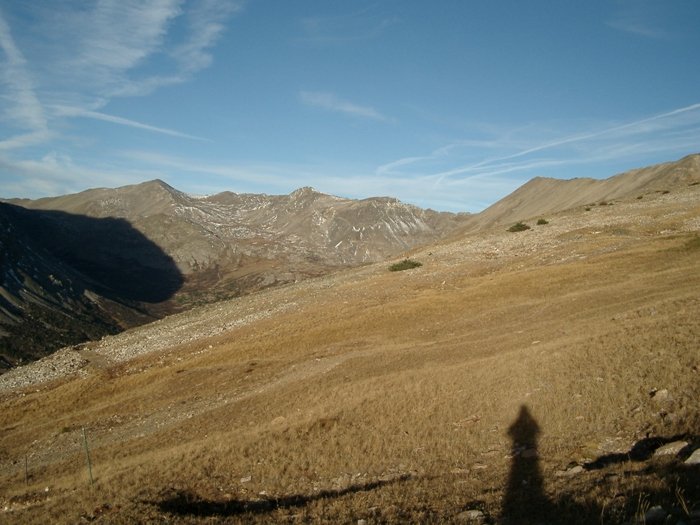 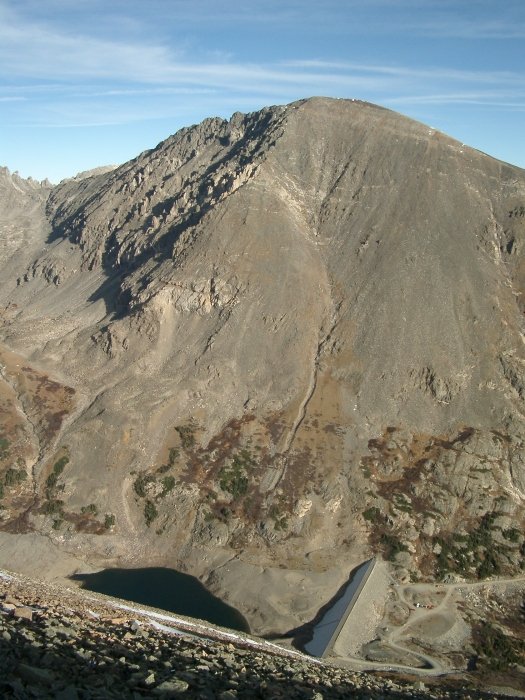 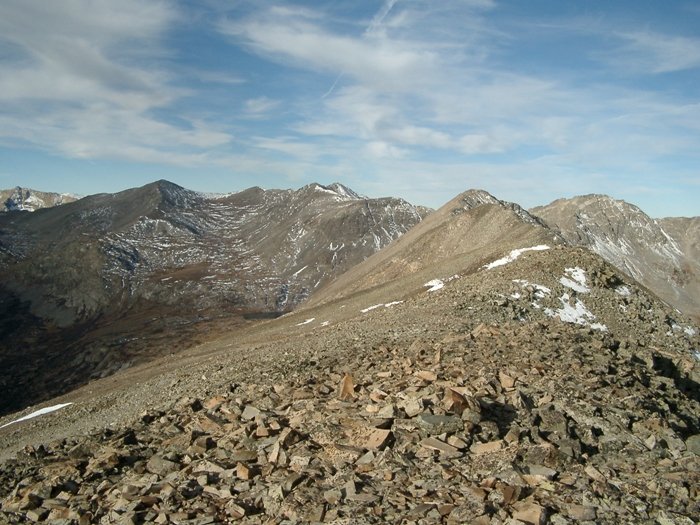 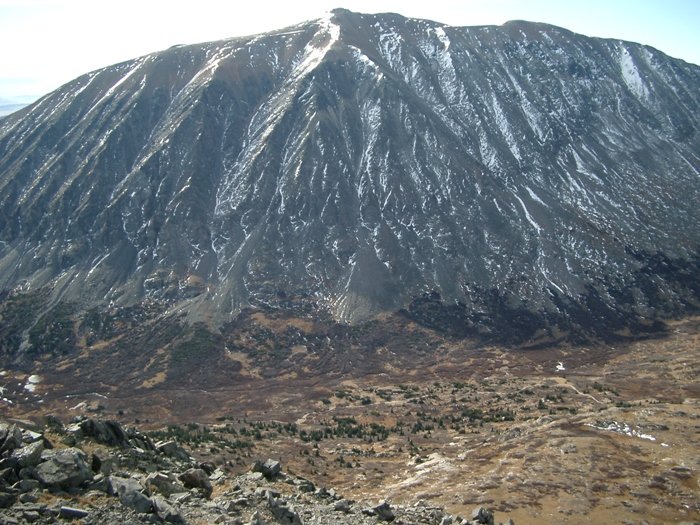 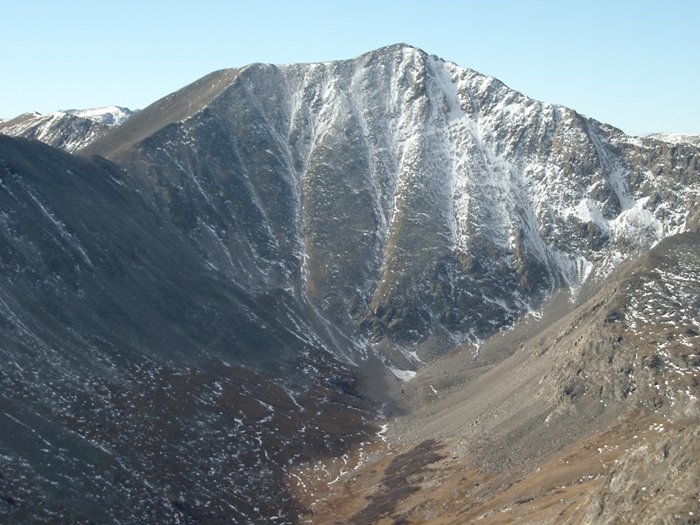 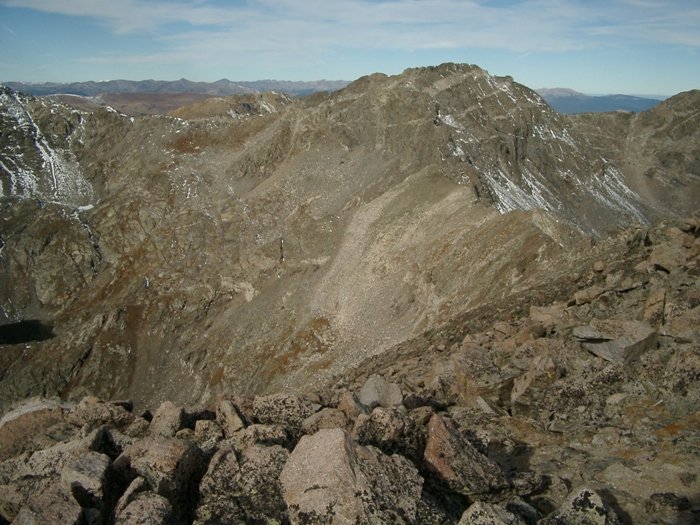 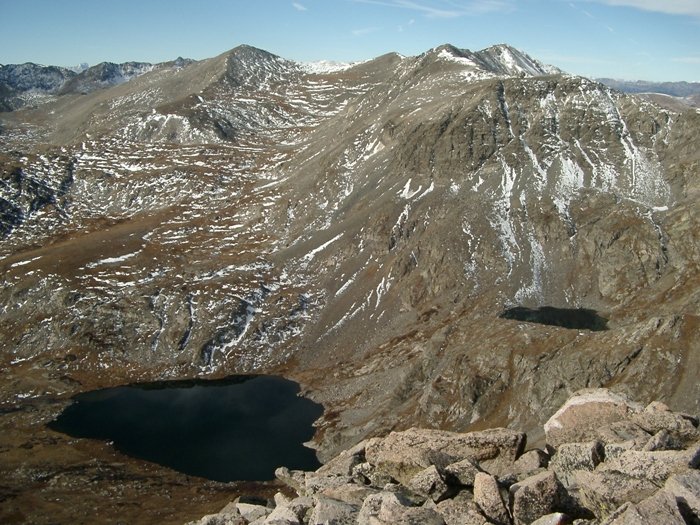 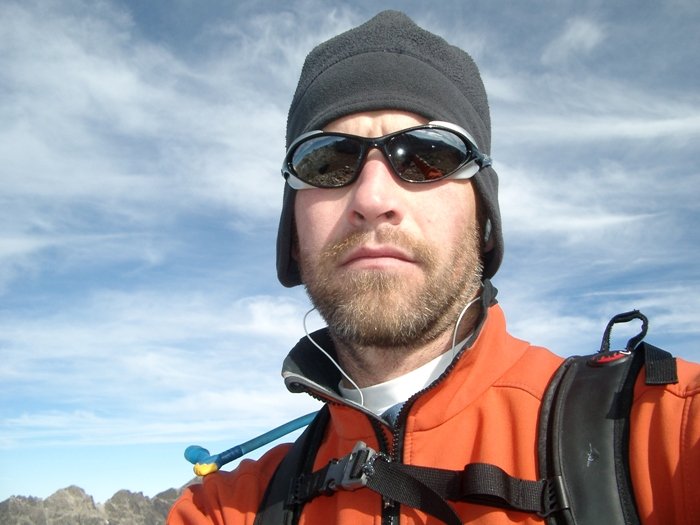 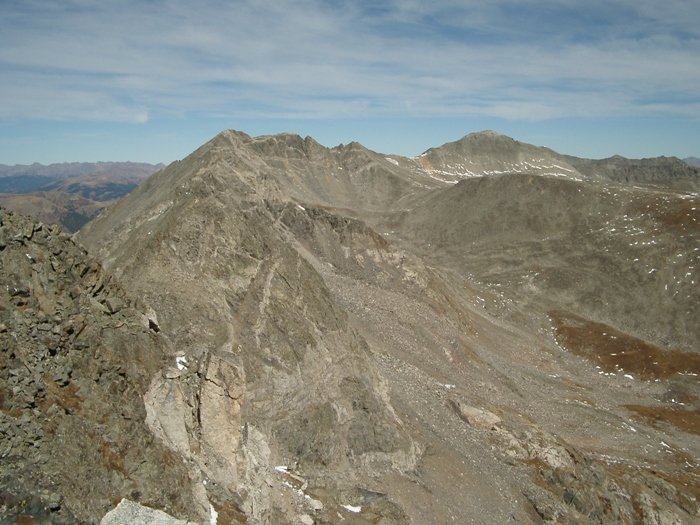 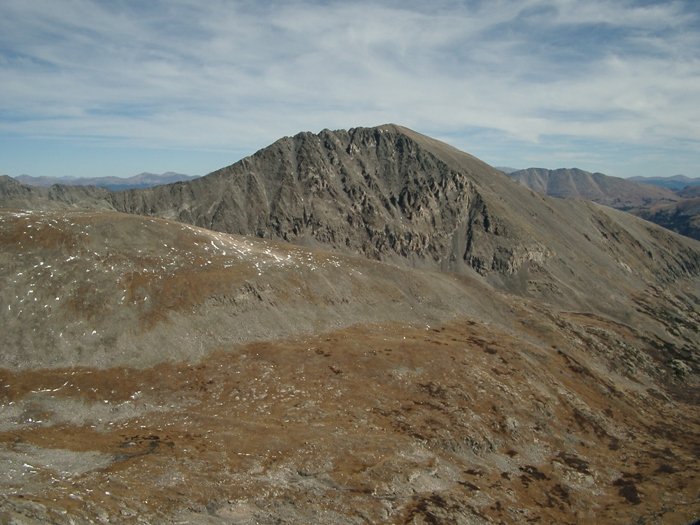 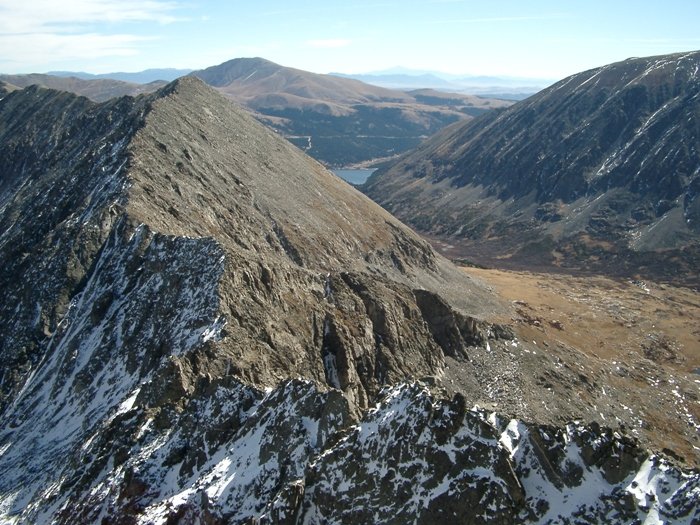 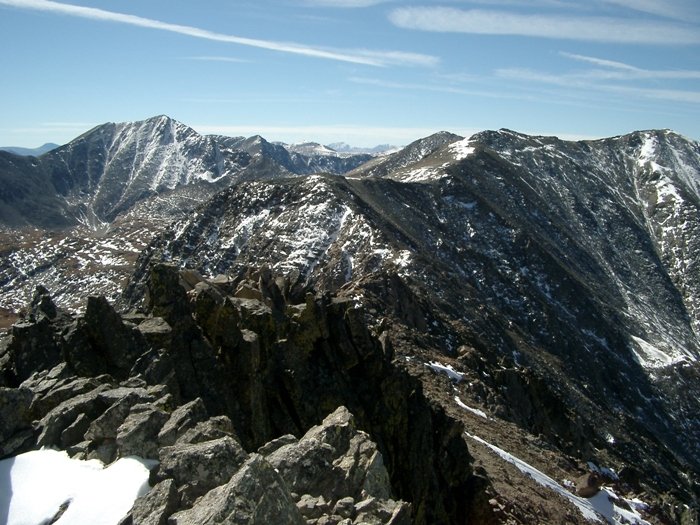 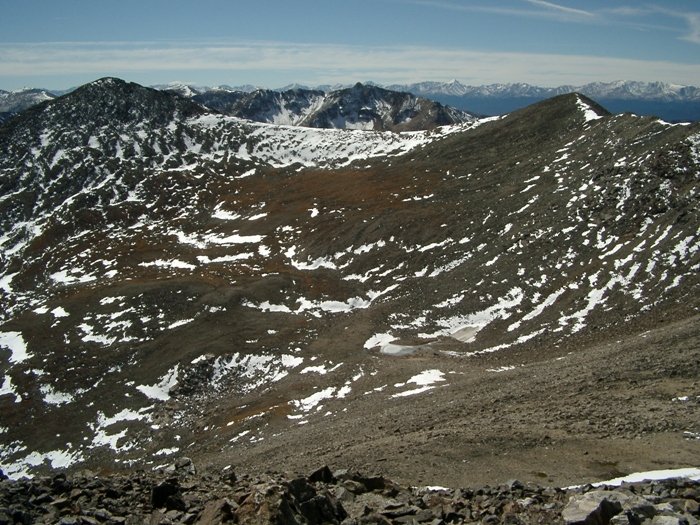 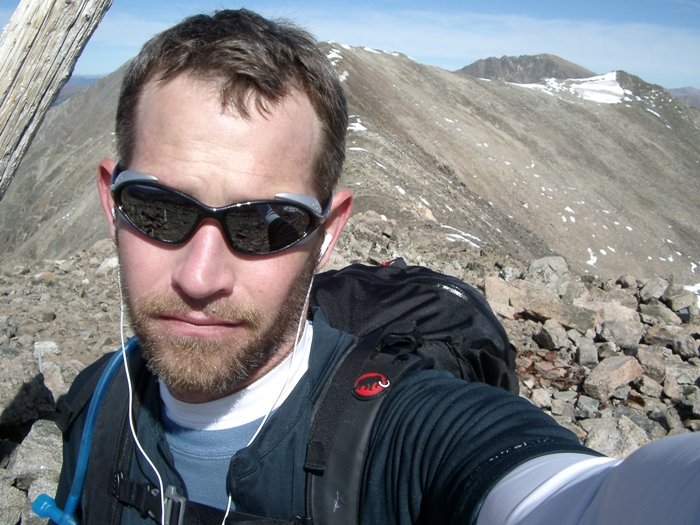 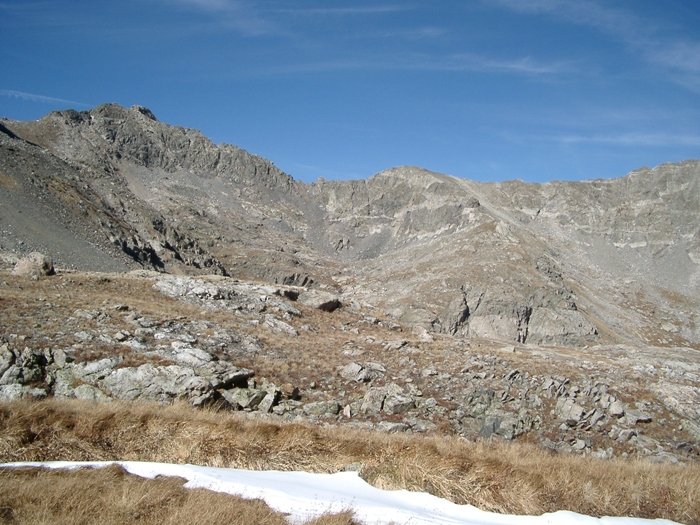 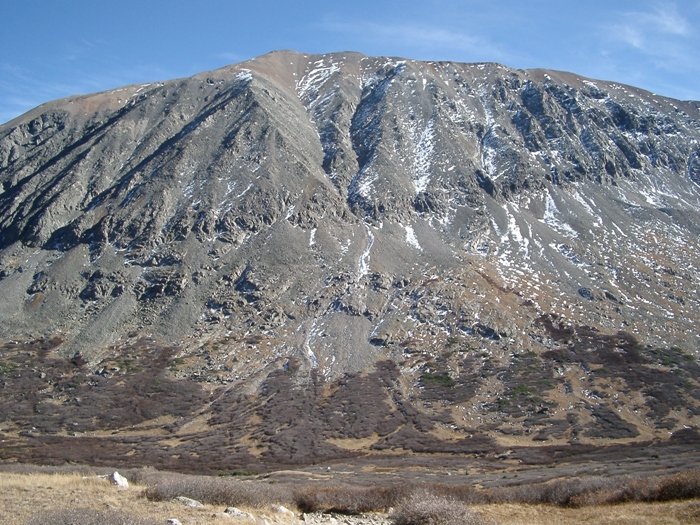 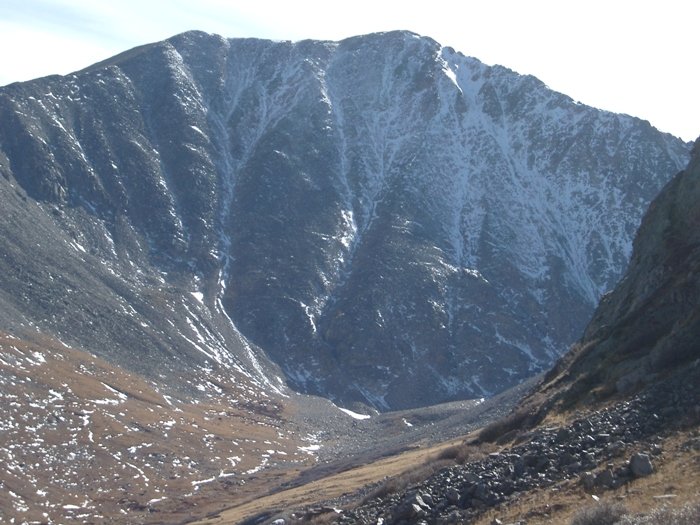 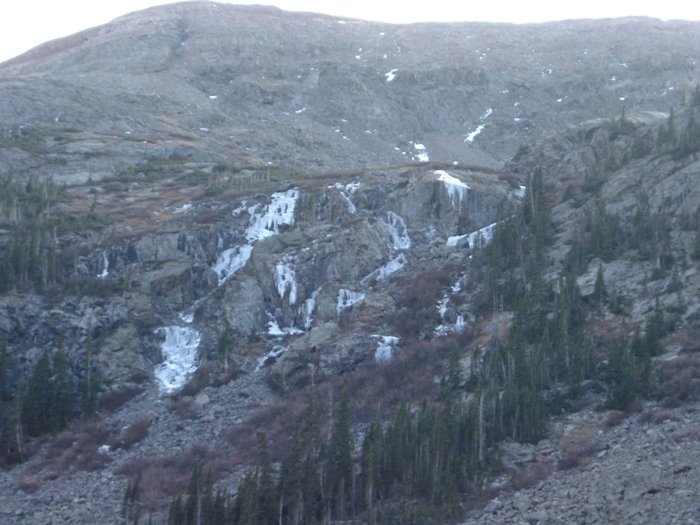