This trip was supposed to be a final snow climb of the year; however, the warm temps really did a number on the remaining snow so it ended up being a backpack after seeing that the route we wanted to do was not in.  After a beer at Brian's house in Denver, Colorado, we headed up to Rocky Mountain National Park and obtained a bivy permit for the Ypsilon Lake area.  From Trail Ridge Road, the Y Couloir on Mount Ypsilon looked like it was still in good shape at least the top of it which was all we could see.  We left the Lawn Lake trailhead at 7:00 in the evening and made the lake in a couple of hours.  After searching for a reasonable place to lay our sleeping pads and climb into our bags we went to bed.

We ended up sleeping between Ypsilon Lake and Spectacle Lakes so we woke the next morning and finished the scrambling approach to Spectacle Lakes.  There is a climber's trail and several cairns that guide the way from Ypsilon Lake to the base of the Y Couloir on the far end of the second Spectacle Lake.  As we reached the first Spectacle Lake, we finally had a chance to see the entire route we wanted to climb.  Unfortunately, the lower portion of the couloir had already melted out so we decided to back off.  We scrambled to the second Spectacle Lake just to check it out since we were in the area and now had no place to be.  It is a really cool area and we took a look at Blitzen Ridge and the Four Aces.  After having some breakfast, we went back to our cached gear near Ypsilon Lake and hiked back out.  We drove into Estes Park, Colorado, and had some pizza and beer. 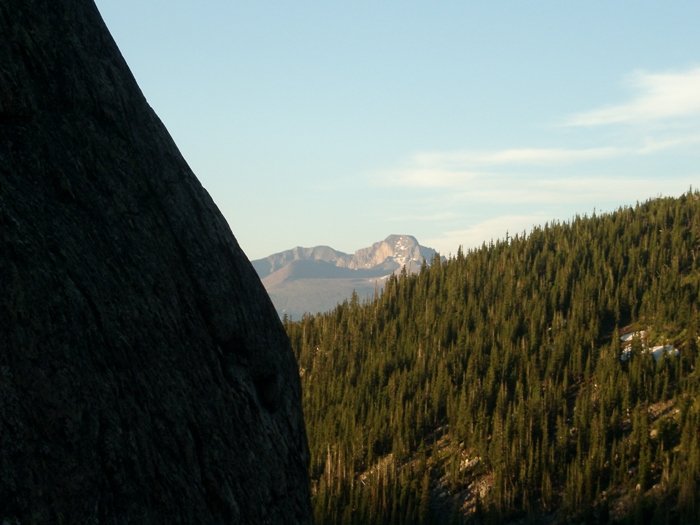 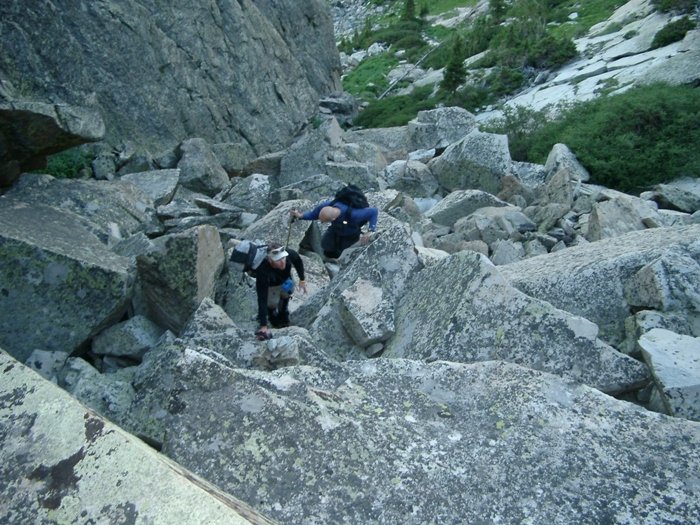 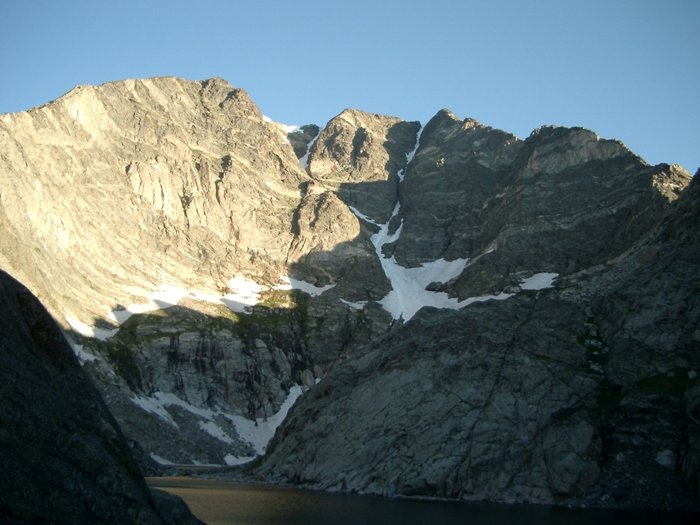 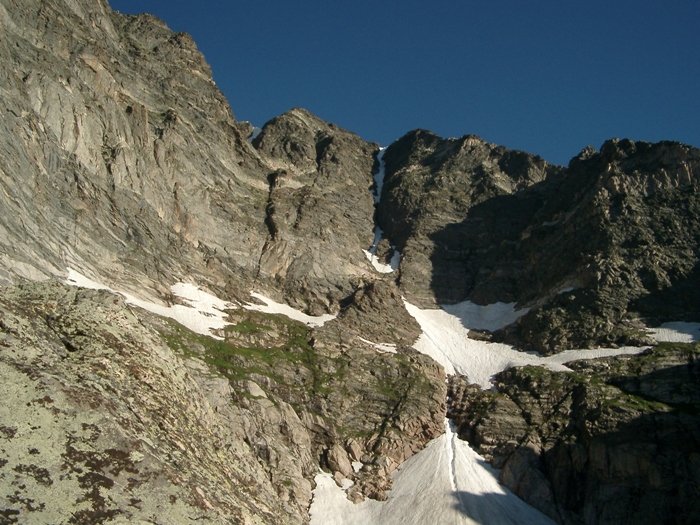 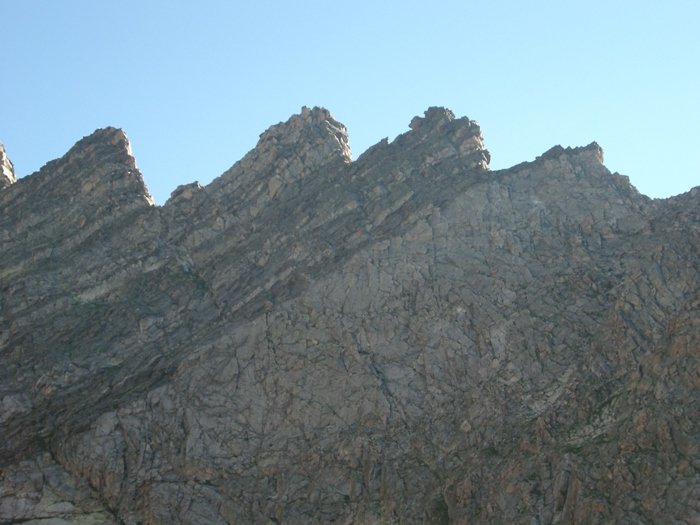 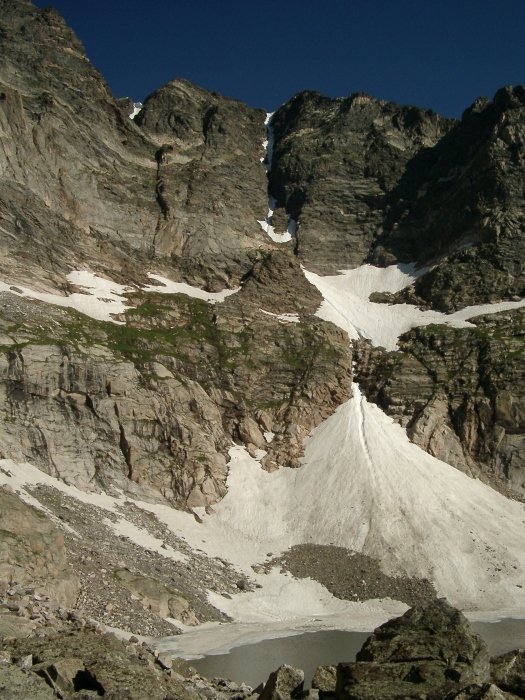 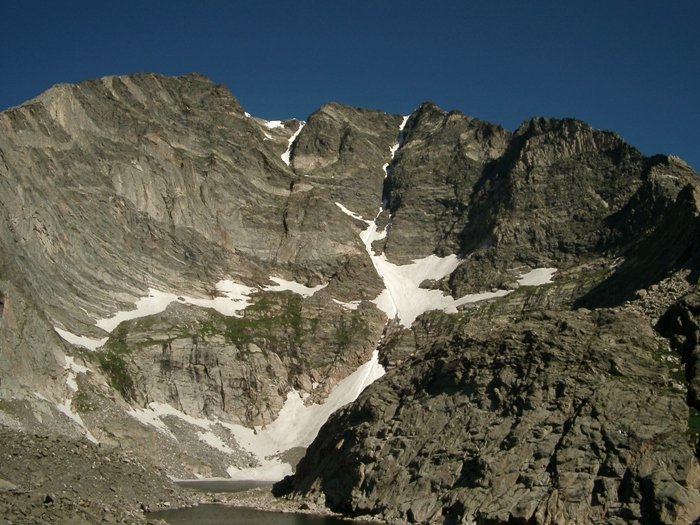 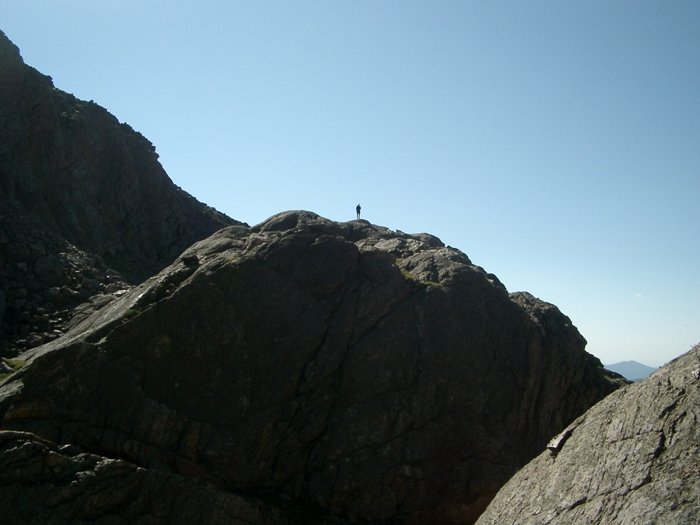 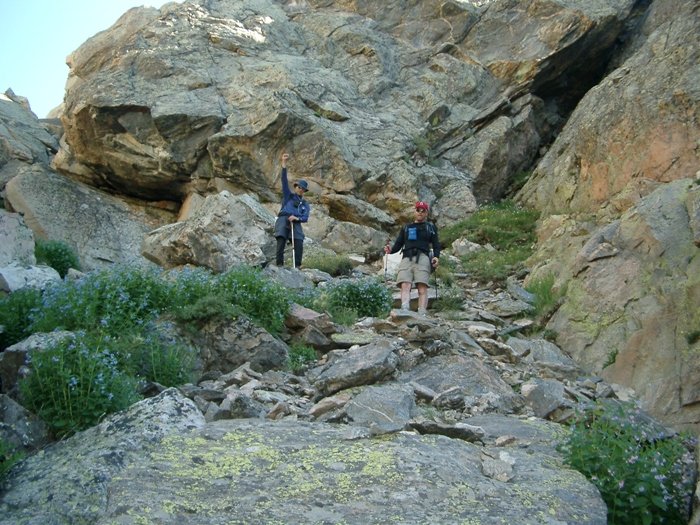 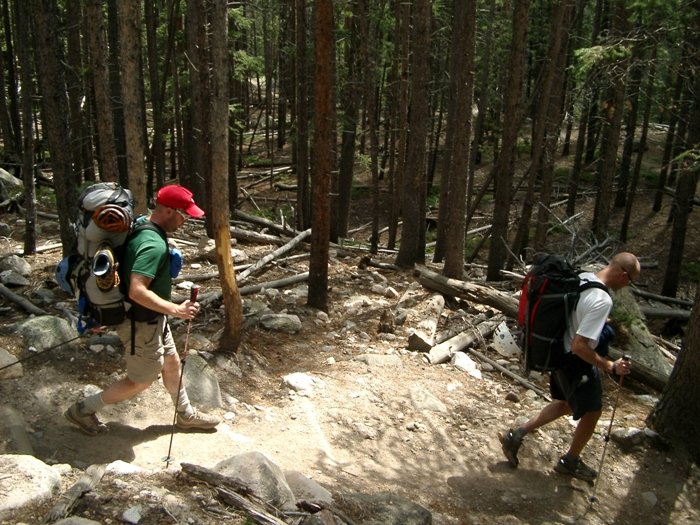