After climbing Dragons Tail Couloir on Flattop Mountain Saturday, Jeff and I decided to head back into the park and give the Dreamweaver Couloir a shot on Mount Meeker.  I did this climb on the same weekend last year and conditions were much different.  We free-climbed the entire route in 2006 which was more of a really steep snow climb.  This year, the steps seemed more difficult and challenging.  We essentially built an anchor at the base of the steps, placed one piece of protection in the step, and then built another anchor on top to bring the other person up.  In between steps, we simply simul-climbed not placing intermediate protection.  Since we didn't think we would protect anything because of my experience last year, we only brought a half rope which slowed us down some but worked adequately.

I got up at 12:40 and walked over to Jeff's house by 1:00.  We were hiking by 2:50 and made descent time to the base of the climb in about 3 hours and 15 minutes.  I wore trail running shoes on the approach assuming any snow on the trail would be hard enough to walk on.  I was right and switched over to my boots near the ranger cabin by Chasm Lake.  Eli Helmuth from CMS was on a training climb with 3 other guides.  They caught us on the apron of Dreamweaver and said hello before continuing on ahead of us.  Using their kicked steps probably saved us a lot of physical work during the climb.  The snow conditions were good and we made steady progress throughout the morning.  The weather was a bit sketchy as we topped out, and we got snowed, rained, and graupeled on throughout the descent.

We got back down to the loft fairly easily, but my blood sugar level was very low at this point, so we stopped to refuel before heading down from the loft.  Jeff served smoked salmon on cracker which totally hit the spot.  Traversing the ledge down to the main snowfield was a bit hairy.  The snow was soft enough to plunge step, and we cautiously avoided slipping over the cliffs.  After a fast glissade we were back at the ranger cabin and ready for the march back down the Longs Peak Trail.  It ended up being and 11.5 hour day. 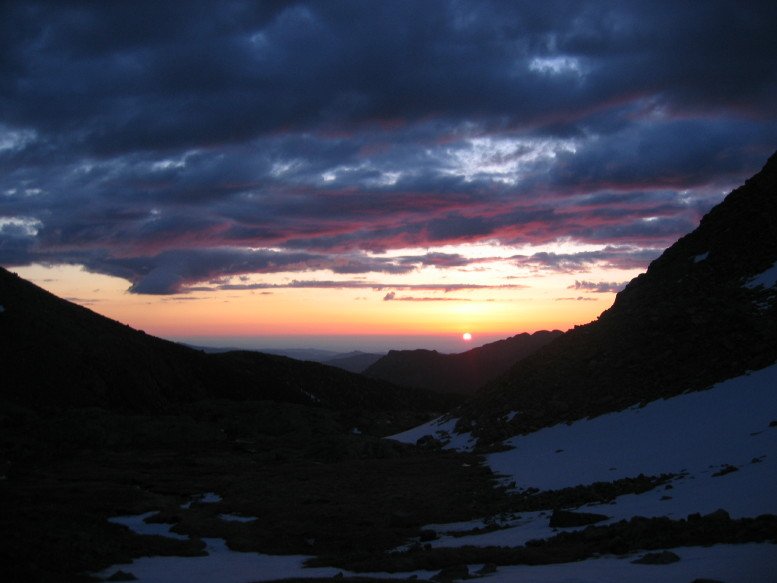 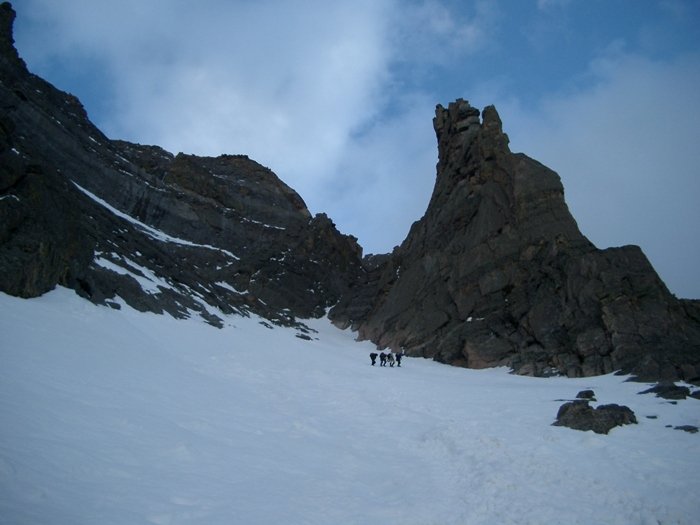 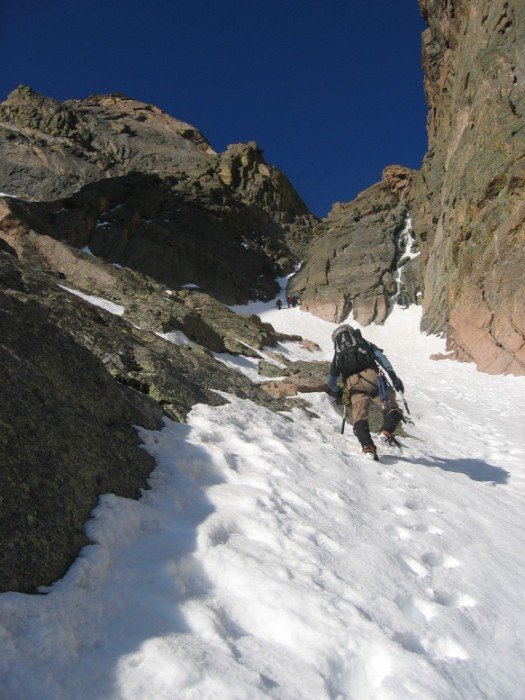 Nearing the first step of the climb. 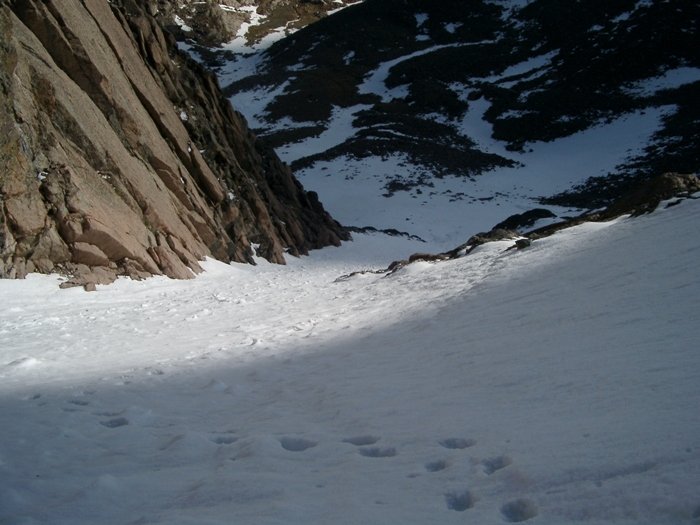 Looking down the apron. 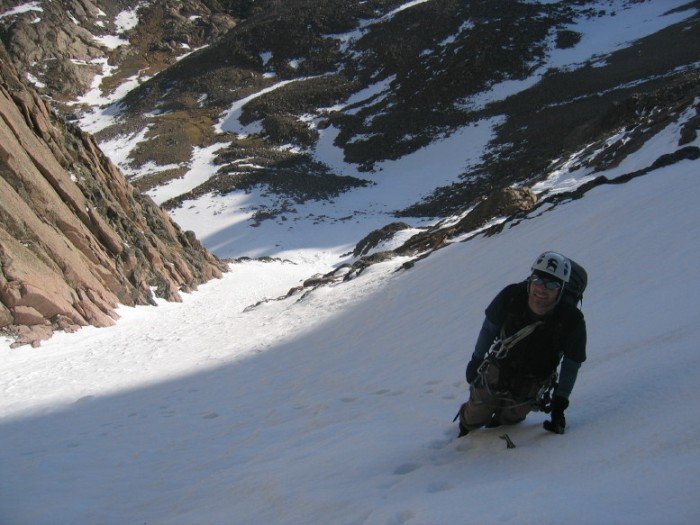 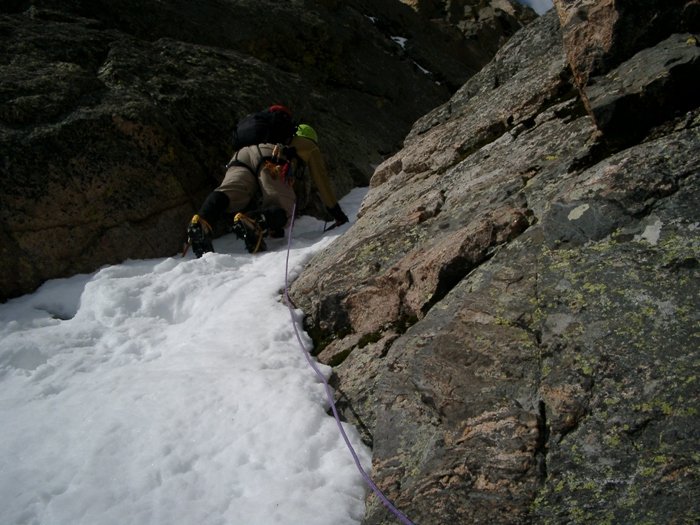 Jeff in the first step. 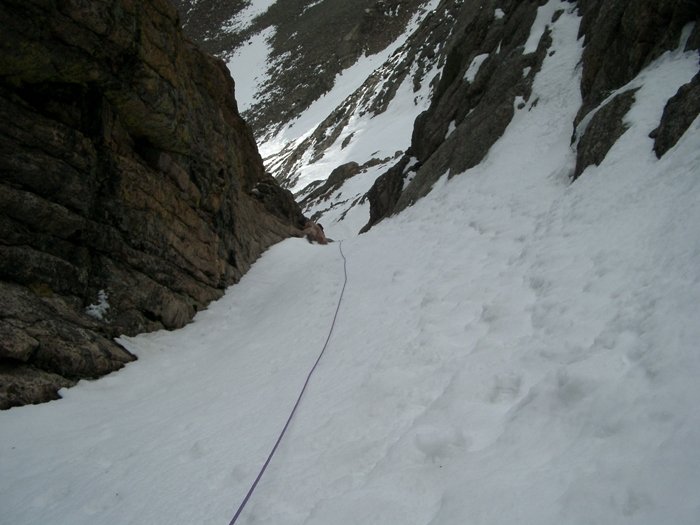 Looking down from above the first step. 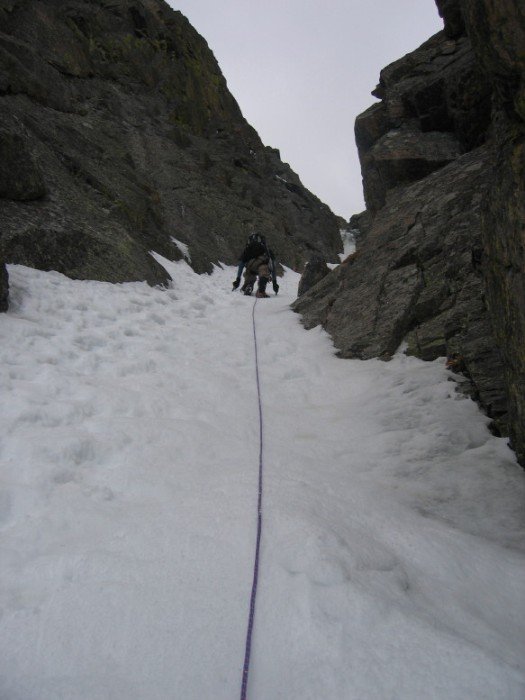 Heading to the second step. 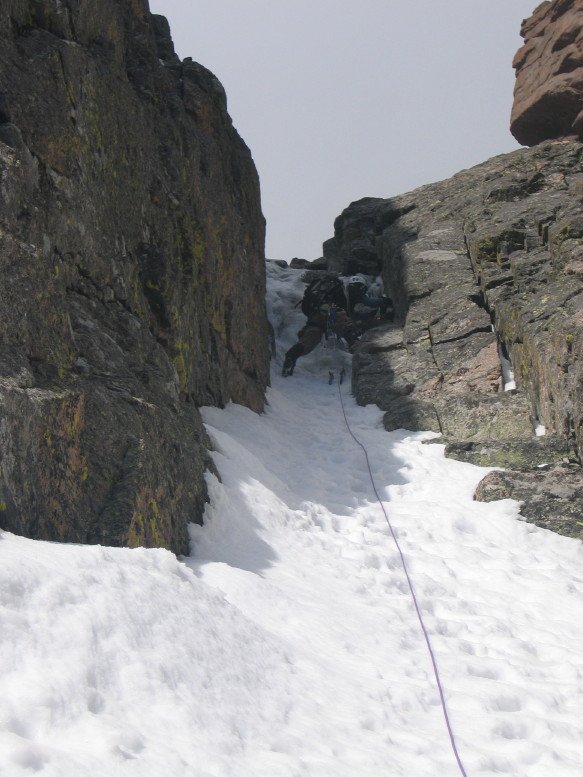 James at the base of the second step. 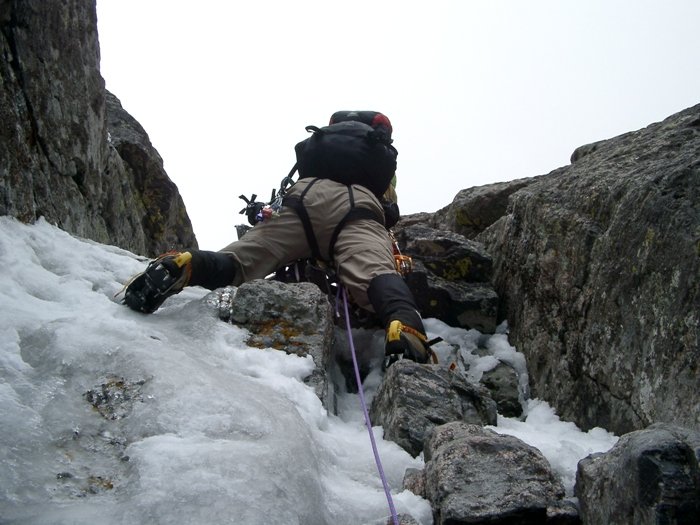 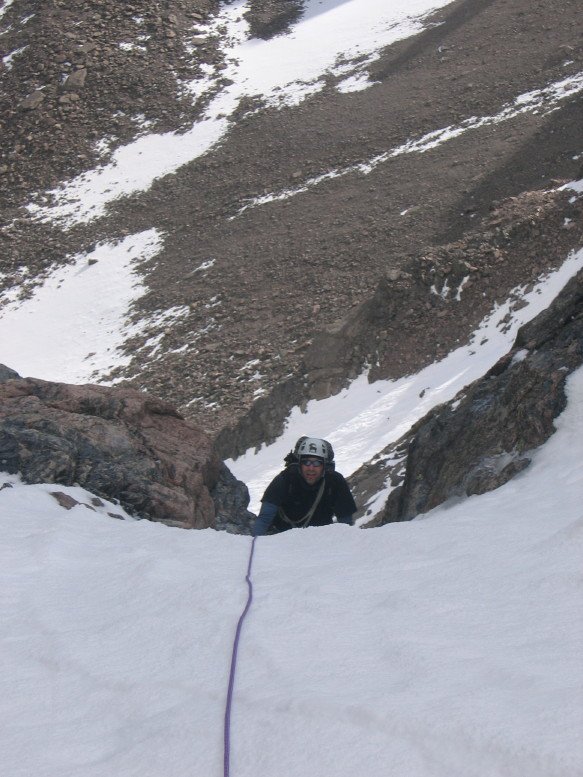 Looking down from above the second step. 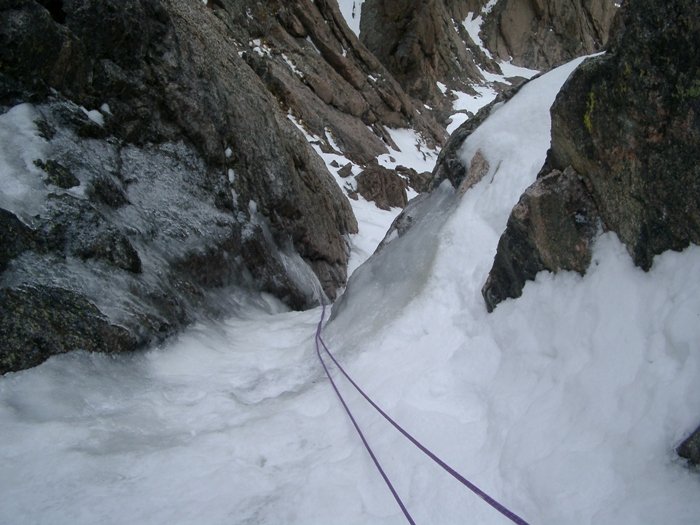 Looking down from above the third step. 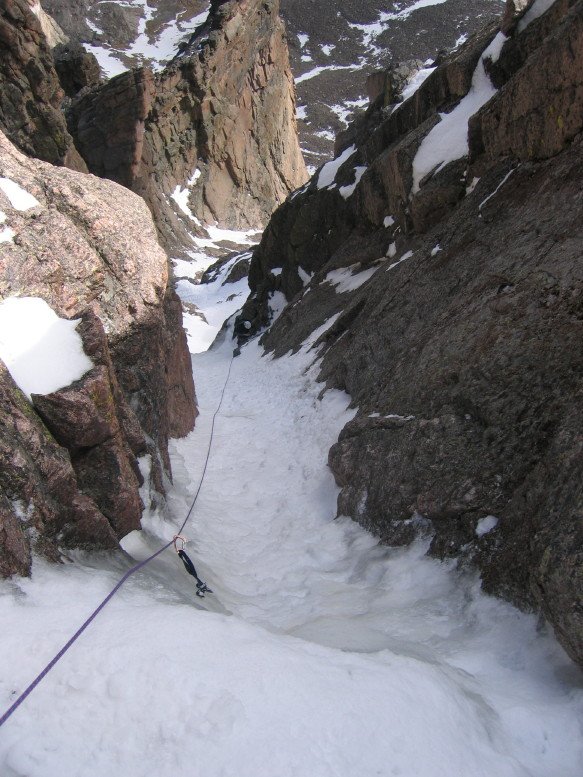 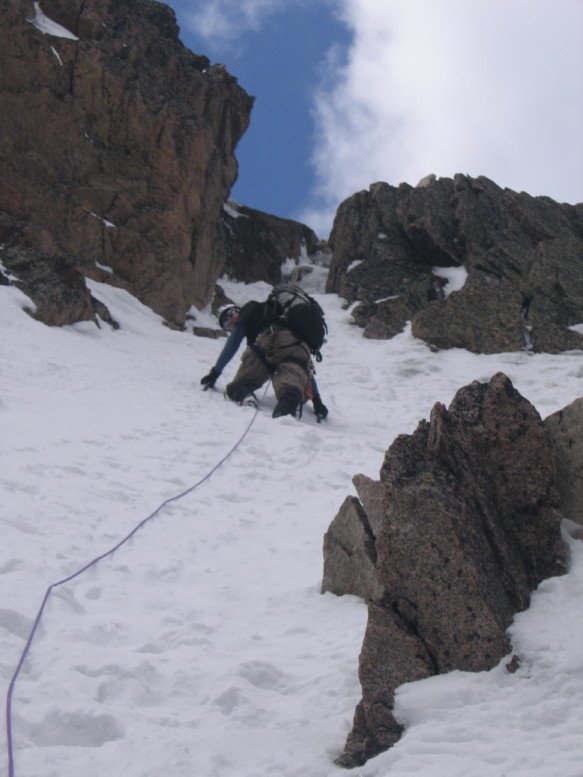 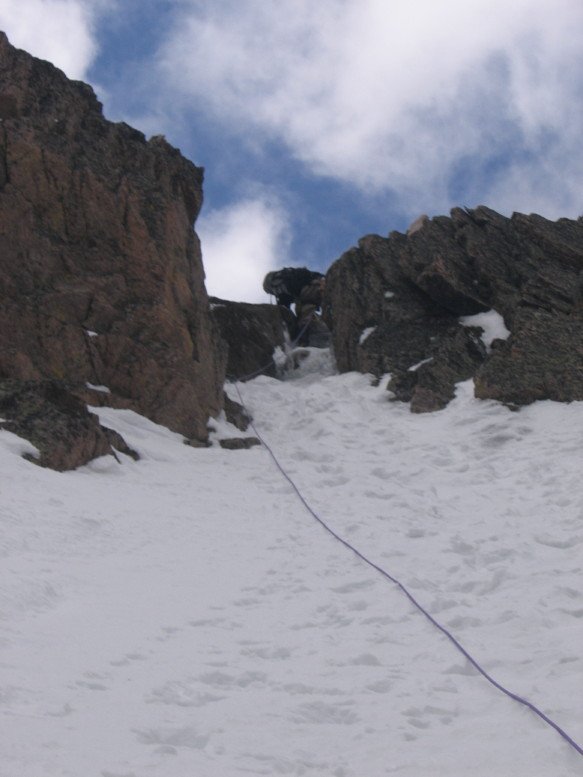 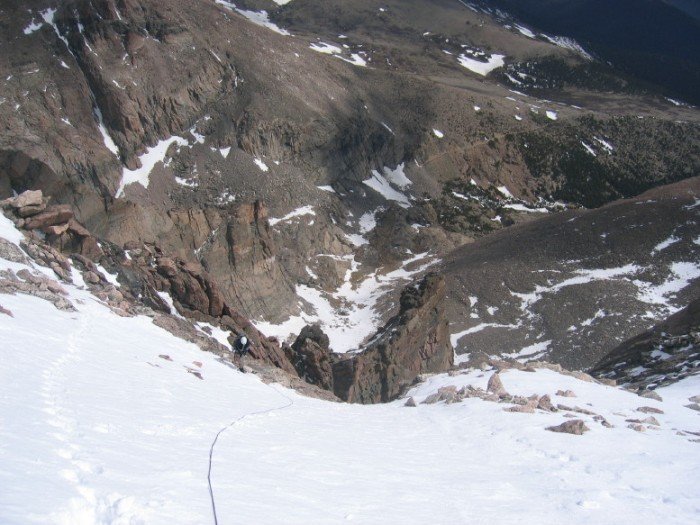 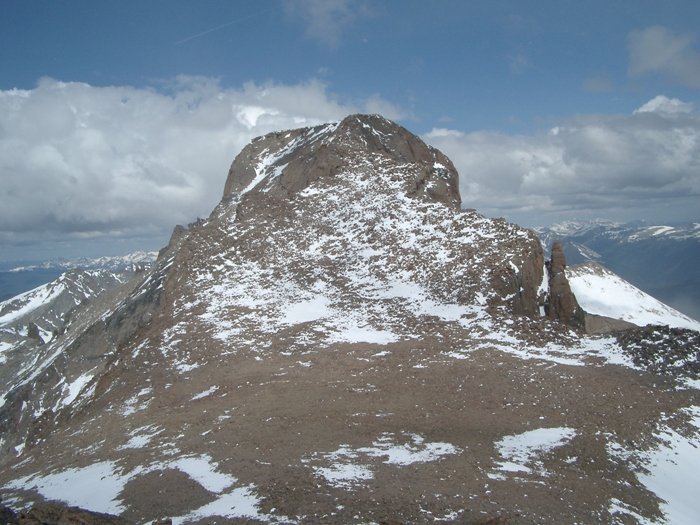 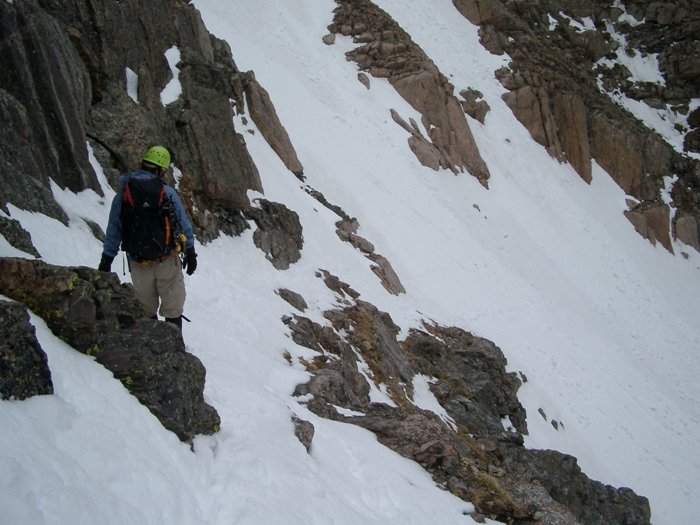 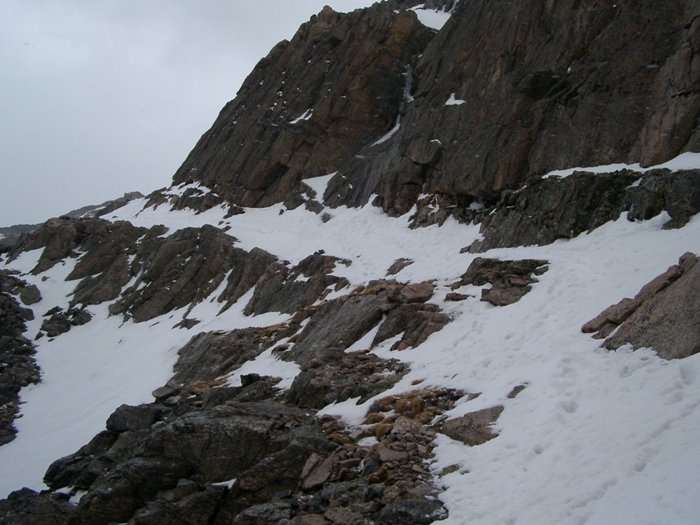 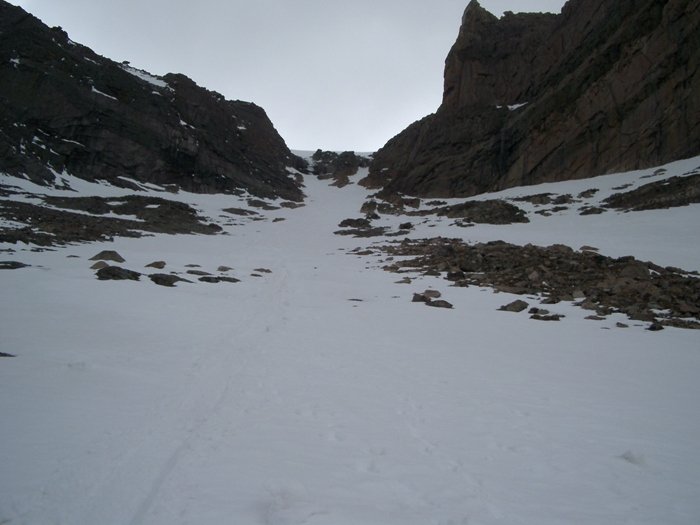 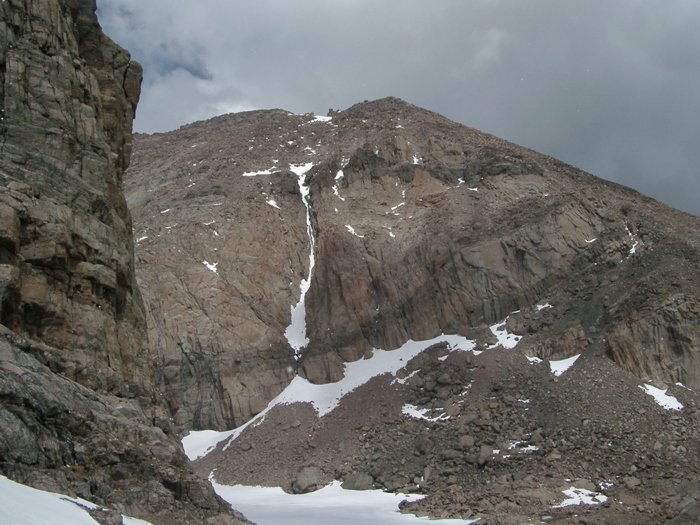 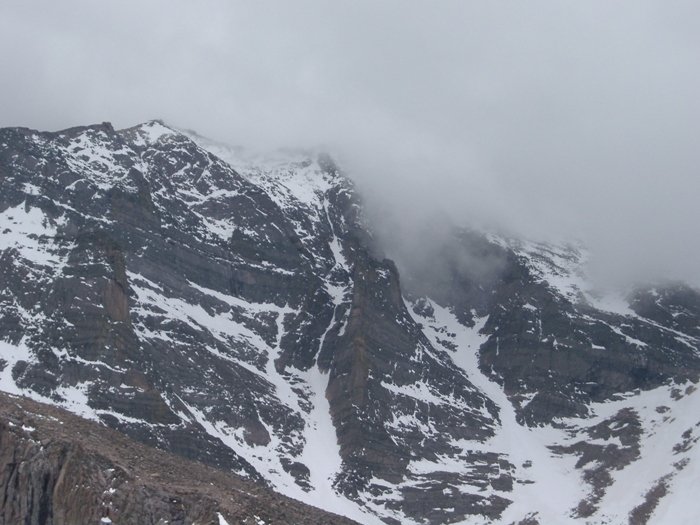 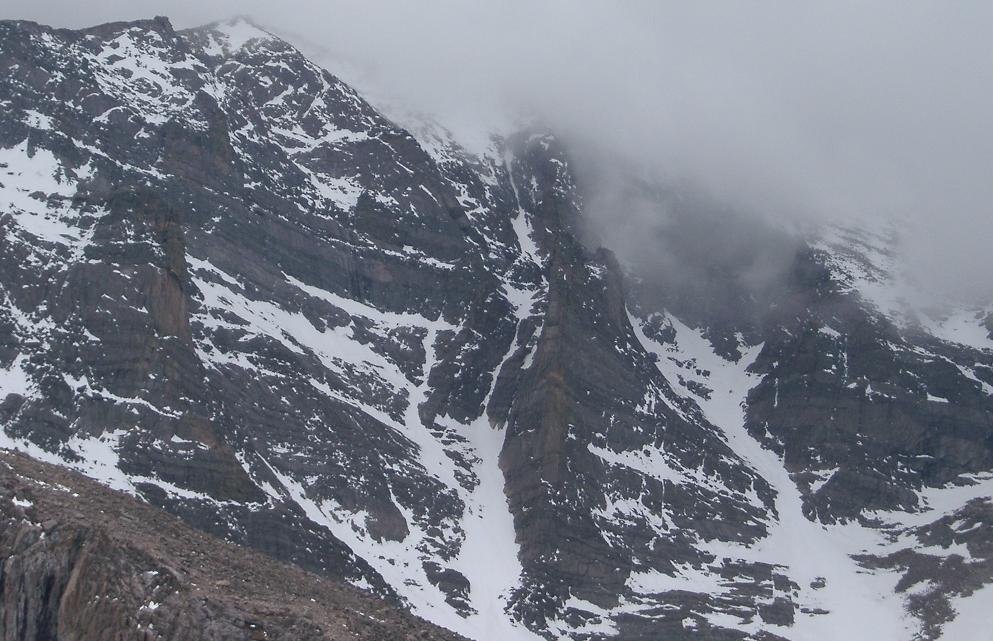 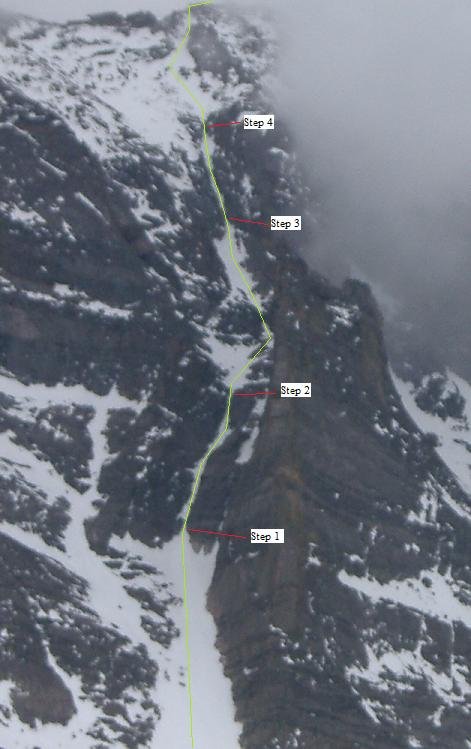