After going to the Avalanche/Oilers game on Wednesday and then the UND/DU game on Friday, I had enough horizontal ice for a while and wanted to go ice climbing again.  The ice irony continued from my last climb to this one.  On Notchtop Mountain, the ice on the trail was a pain to negotiate and slowed our descent.  Today, icy roads ended up closing Rocky Mountain National Park requiring us to alter our plans.  Doug and I initially had plans of going to the Loch Vale in the park, but rangers closed the gate due to freezing rain just as we pulled up.  As we drove back to Estes Park, Colorado, we contemplated on what to do before I remembered Hidden Falls not being too far from where we were.

When we got to the parking lot there was only one other car present at Wild Basin.  We quickly found the ice and hiked around to the top of the falls to set up a top rope.  I didn't want to lead it because the top pillar was still forming and thin, and some of the lower ice was wet and looked somewhat questionable.  There was definitely enough ice to climb, and the falls were still being adequately fed from on top which would allow it to heal quickly.  Anyway, two other parties arrived shortly after us and we quickly learned that anyone planning to climb in the park was going to end up at Hidden Falls.  At one point, Doug said he counted 17 people.  Despite the crowds, we enjoyed ourselves and got several laps in.  We even messed around on a couple of mixed lines on the right side of the falls  I also got to scratch up my new Grivel Rambo 4's and Petzel Nomics. 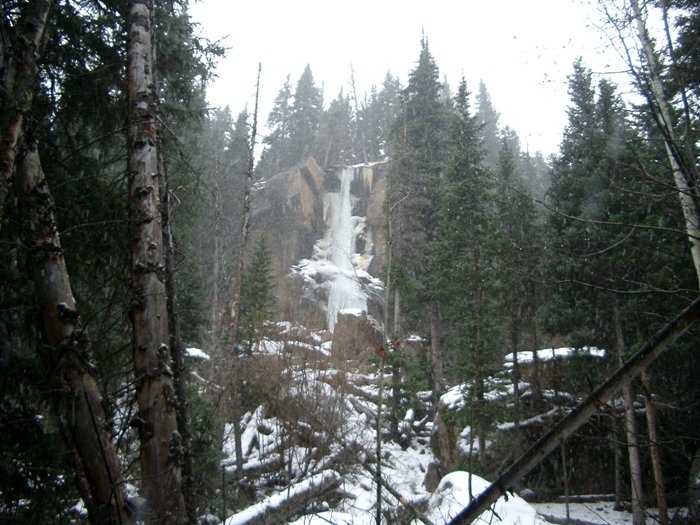 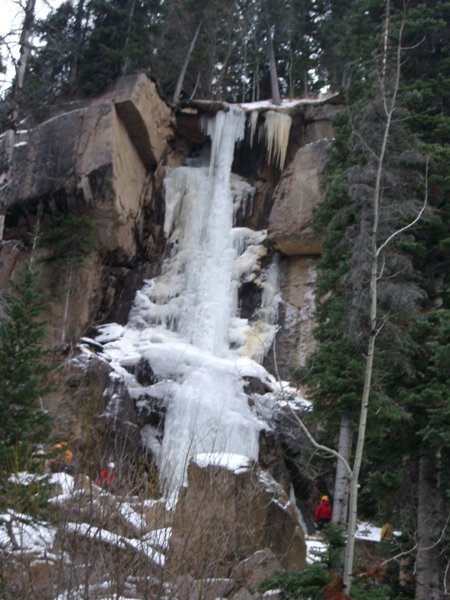 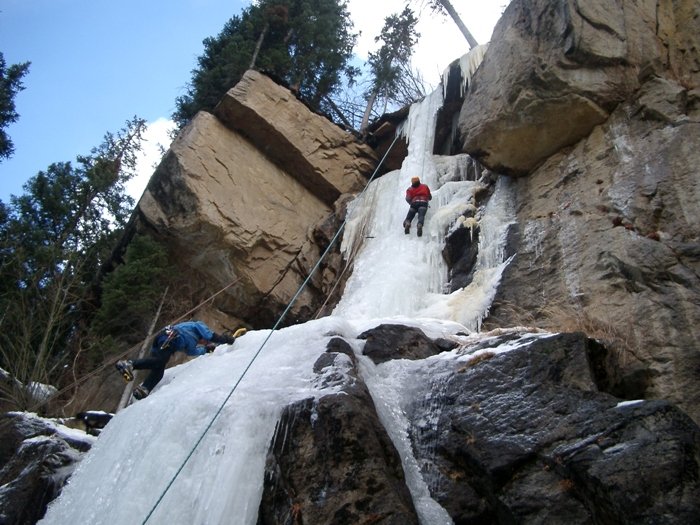 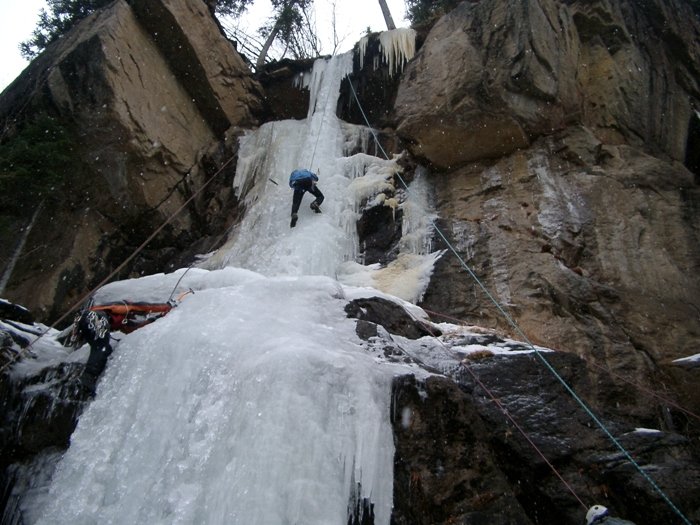 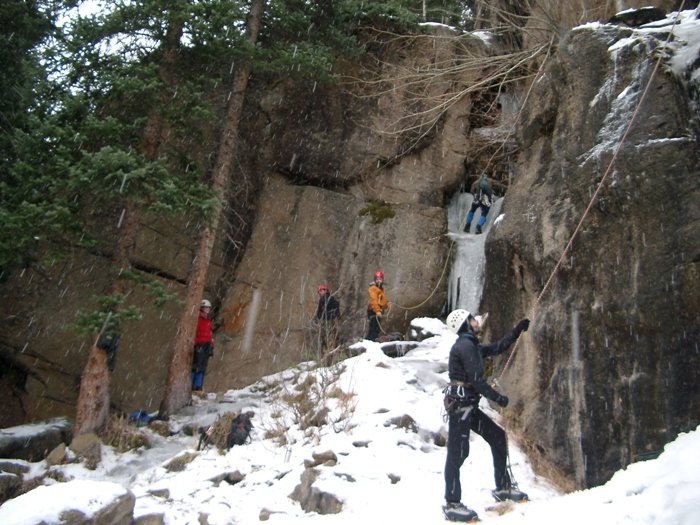 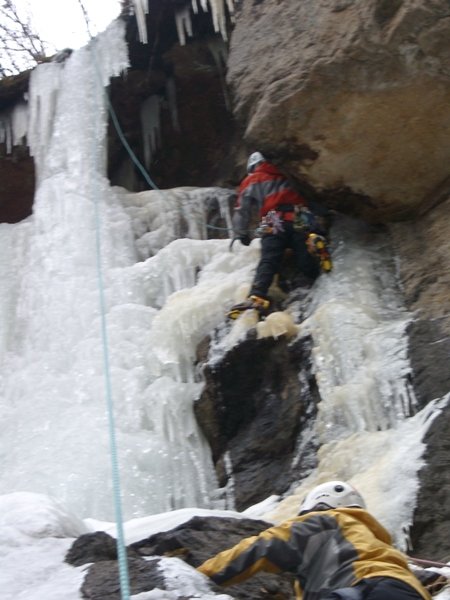