There was an article in the Denver Post a couple of weeks ago about the Dragons Tail Couloir on Flattop Mountain, and a couple of trip reports were posted recently online.  As a result, Kevin, Jeff, and I decided to check it out.  Jeff and I left Highlands Ranch, Colorado, at 2:30 and met Kevin at the Bear Lake parking lot in Rocky Mountain National Park at 4:30.  We were hiking shortly after on a well maintained park trail that takes you past Nymph and Dream Lakes to Emerald Lake.  This is probably the most popular trail in the entire park because of its ease and scenery.  We skirted Emerald Lake on the right side to reach the apron of Dragons Tail which basically terminates in the lake.

Once we reached the snow at the northwest corner of Emerald Lake, we put on our crampons and harnesses.  We weren't sure what the rock step in the left branch was going to be like, so we decided to play it safe and bring some protection.  The initial part of the climb is on the mellow apron and we worked our way around some rocks and trees to the entrance of the couloir.  The snow conditions were acceptable.  It was softer than I would have liked, but not too soft to cause post-holing or balling in your crampons.  There was a large boulder at the base of Dragons Tail Couloir that we took a short break on before the snow got a bit steeper.  We took turns kicking steps and zig-zagging up the snow.

We reached the split of the couloir where there was a nice rock bench to take a break on at climber's left.  We ate and drank before embarking on the most difficult part of the climb.  I think the left branch is the standard finish with the right branch generally guarded by a large cornice.  We went left and continued our way up as the snow grade increased.  We all thought the rock step was class 4, but a bit awkward in crampons.  Once I climbed it, I set up a quick anchor and threw our half rope down for Kevin and Jeff to come up on.  Since we carried the gear, we figured we might as well use it.  After the rock step, there was a small section of scrambling before the final snow pitch which was only about 200' in length.

We topped out and made the slog across the top of Flattop Mountain to the true summit.  At this point, Kevin continued on for some more peaks and Jeff and I returned to Bear Lake.  It was a fun climb that I had been wanting to do for a couple of years.  You can't beat the easy approach or scenery. 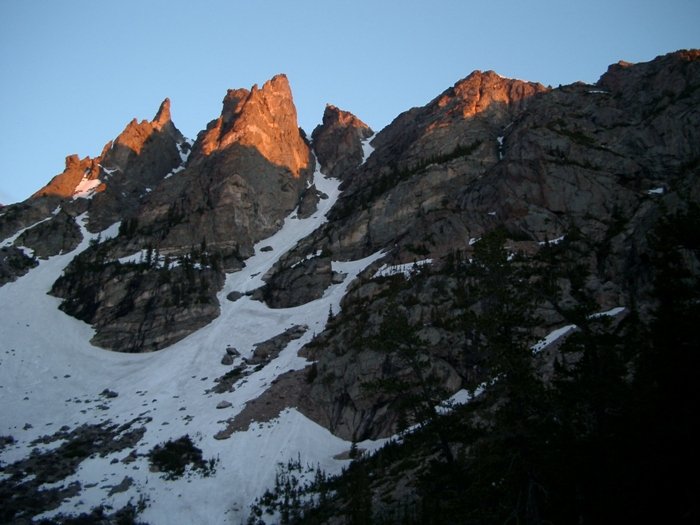 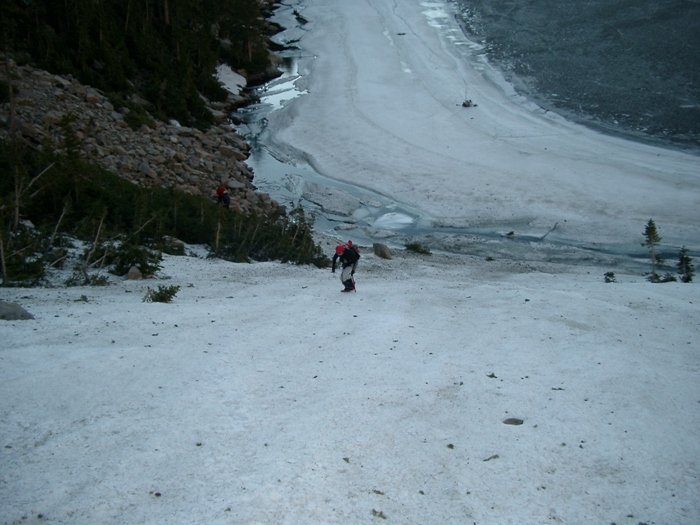 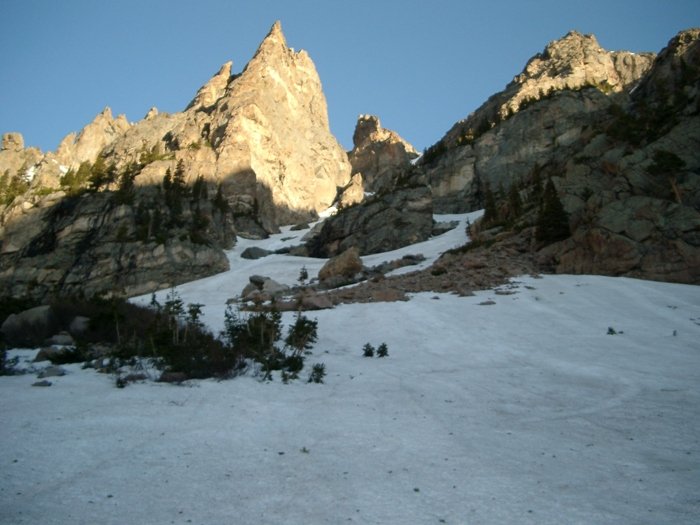 Approaching the narrow section of the couloir. 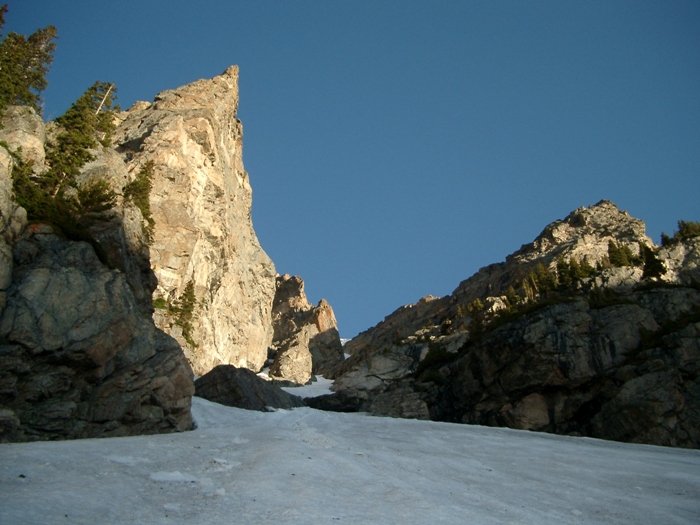 The start of the couloir. 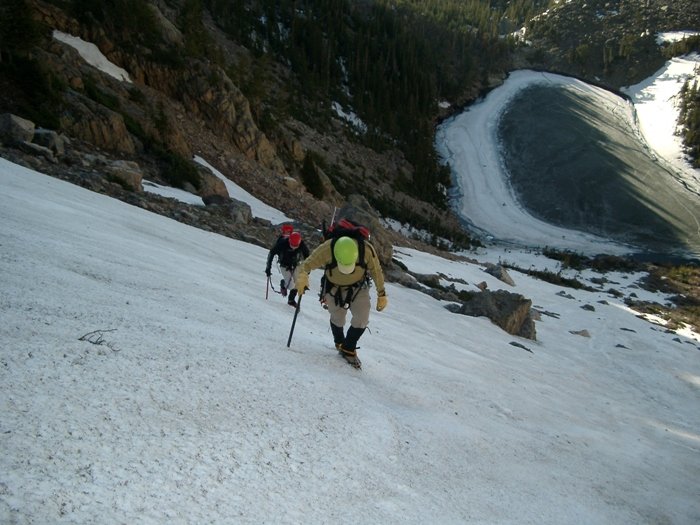 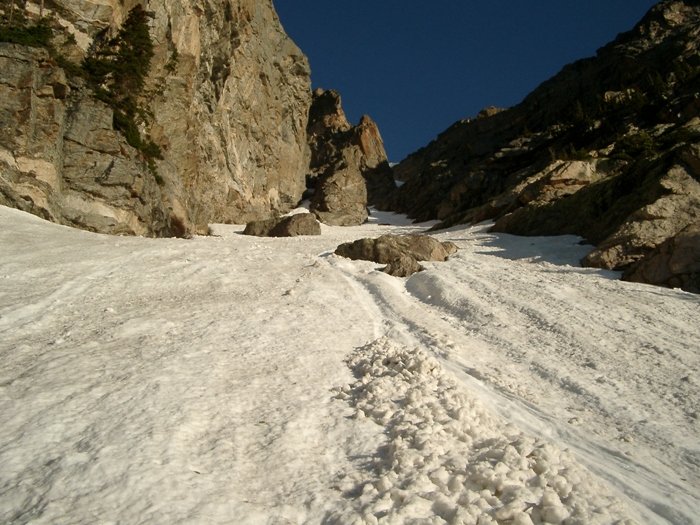 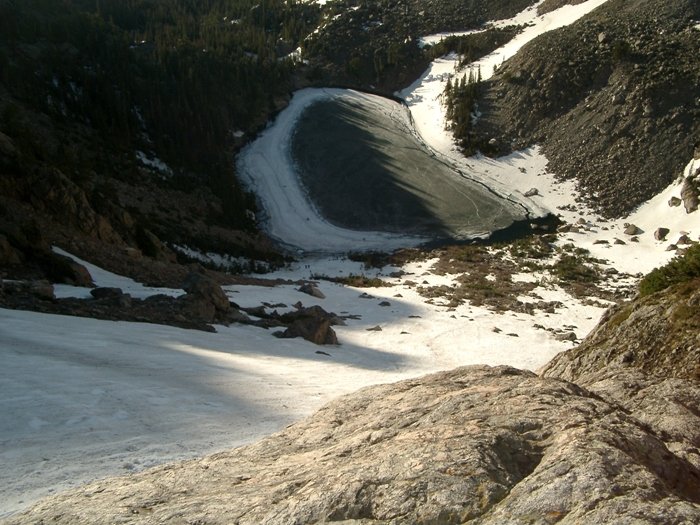 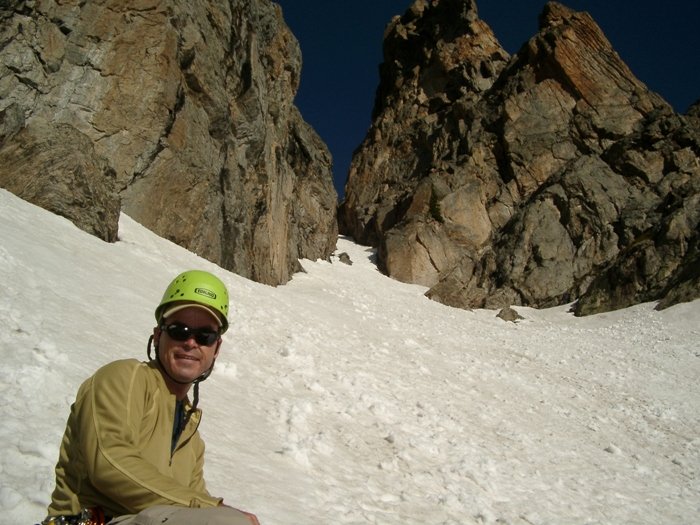 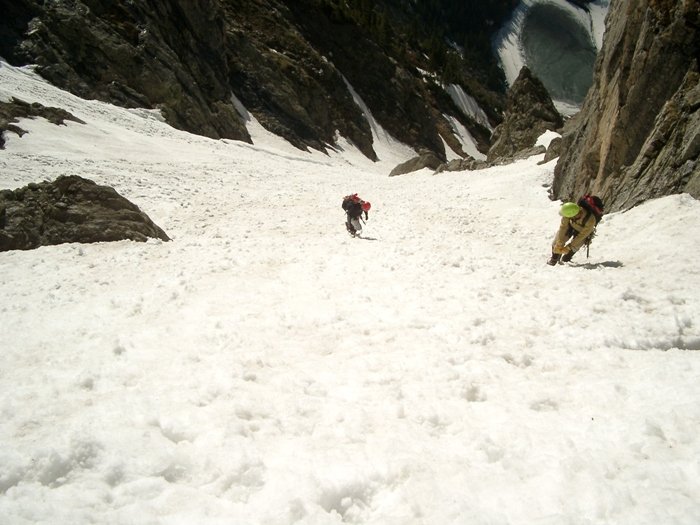 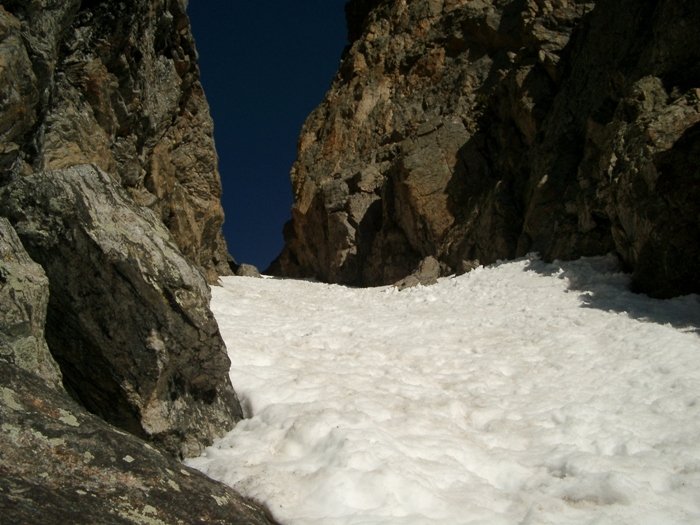 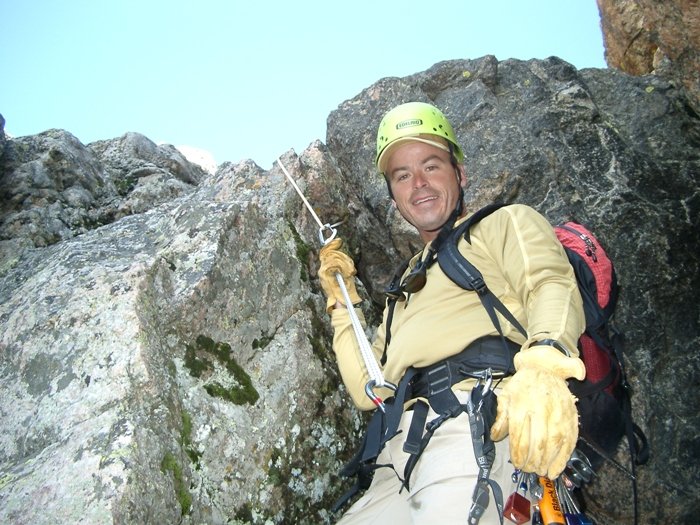 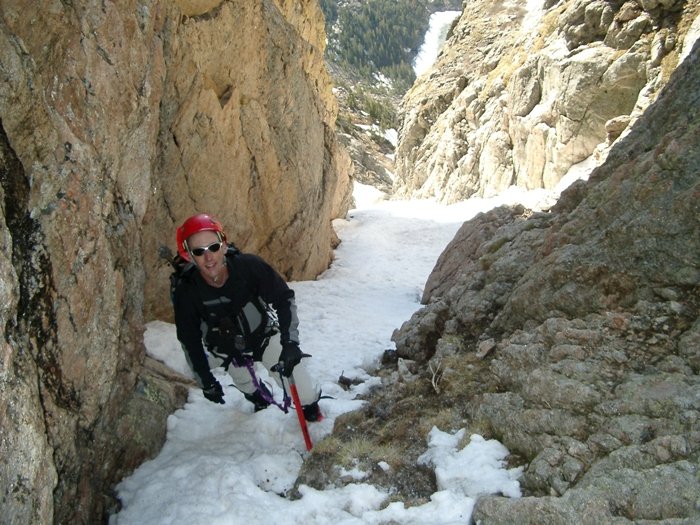 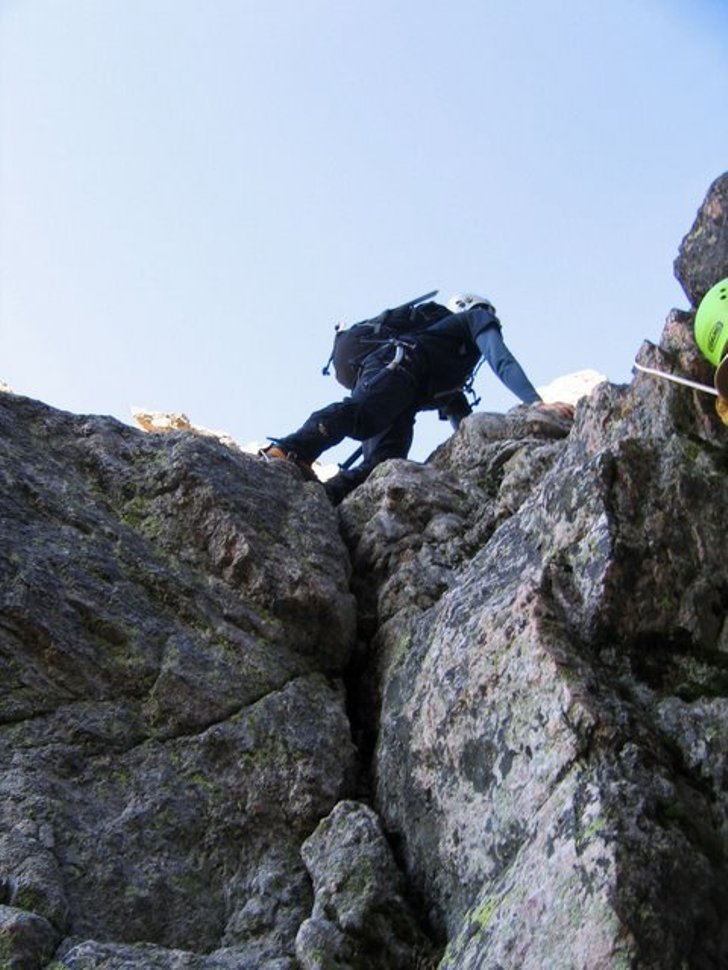 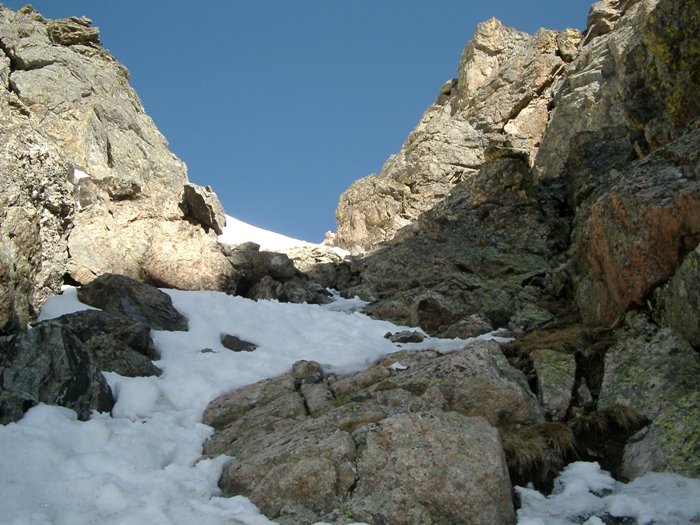 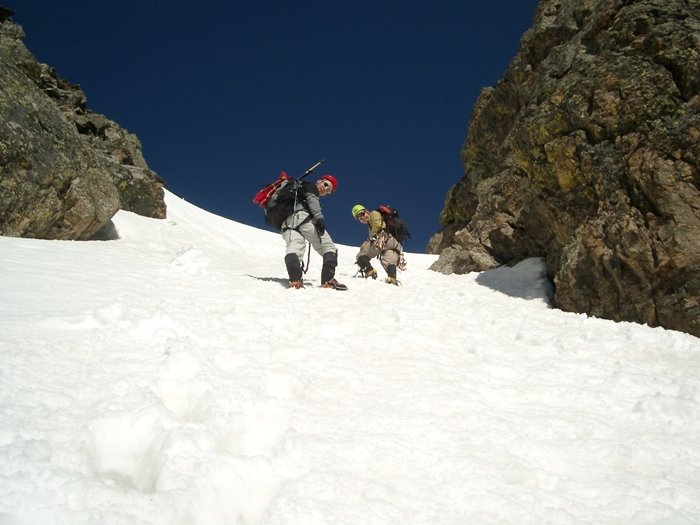 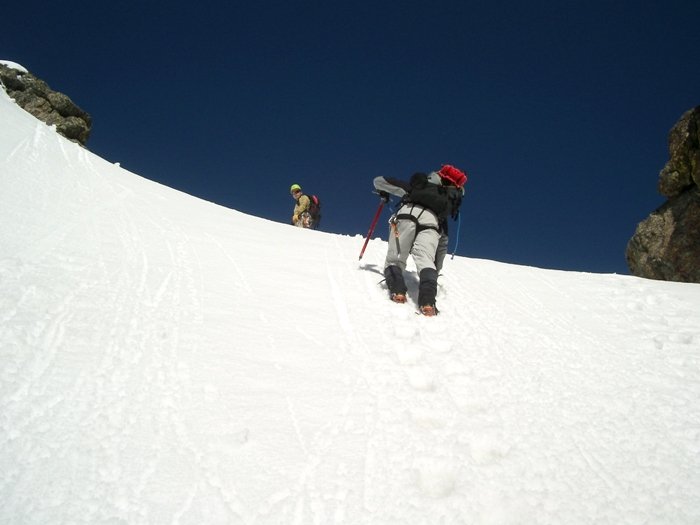 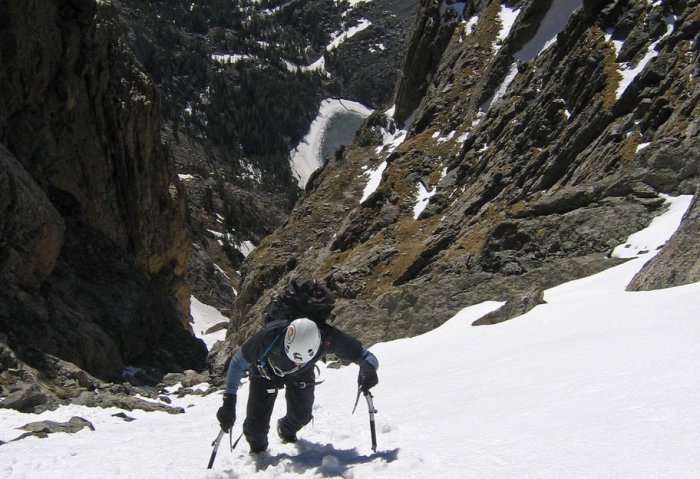 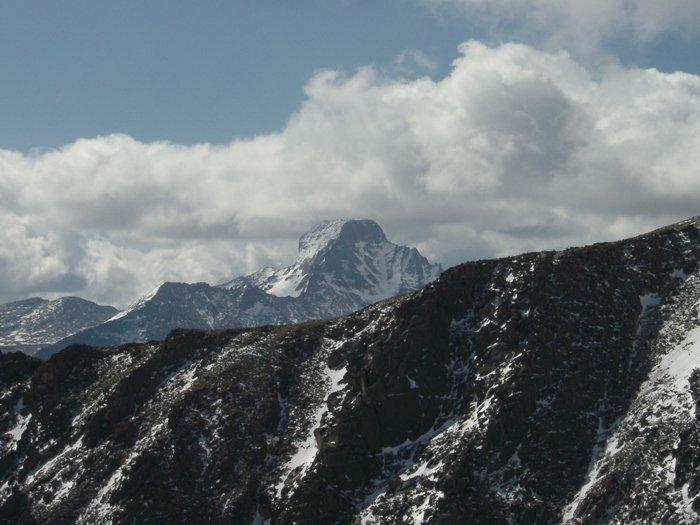 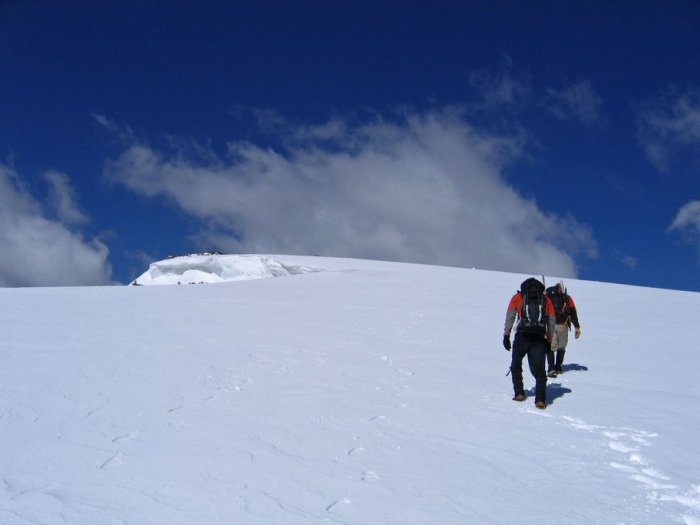 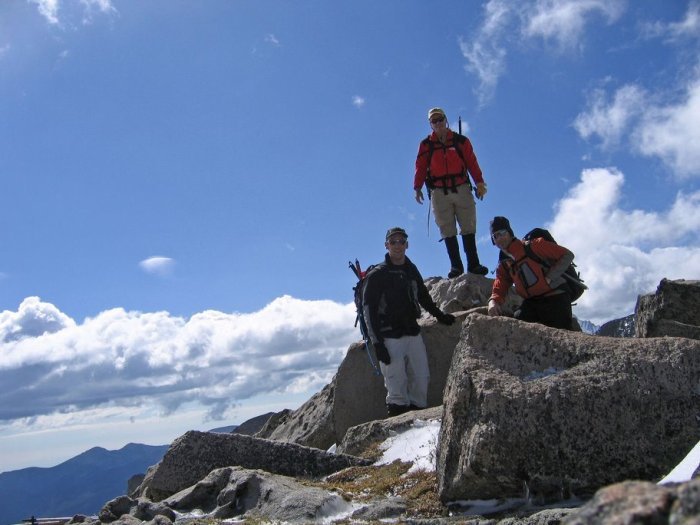 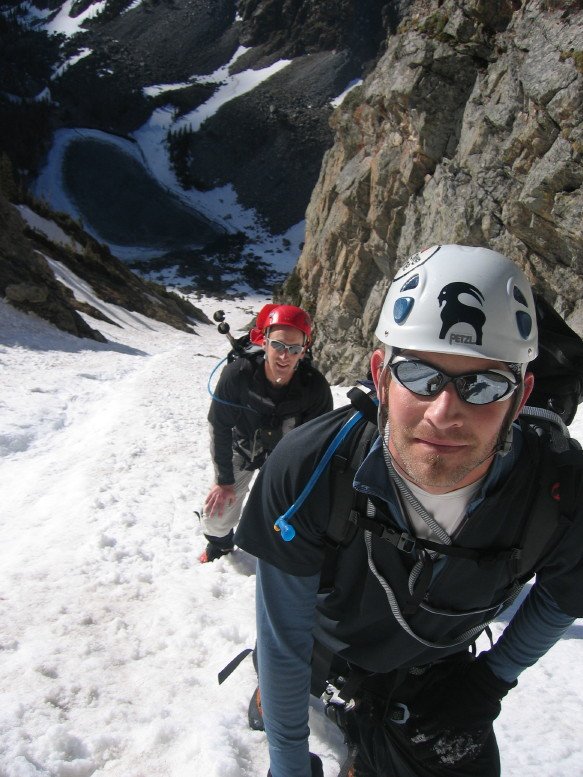 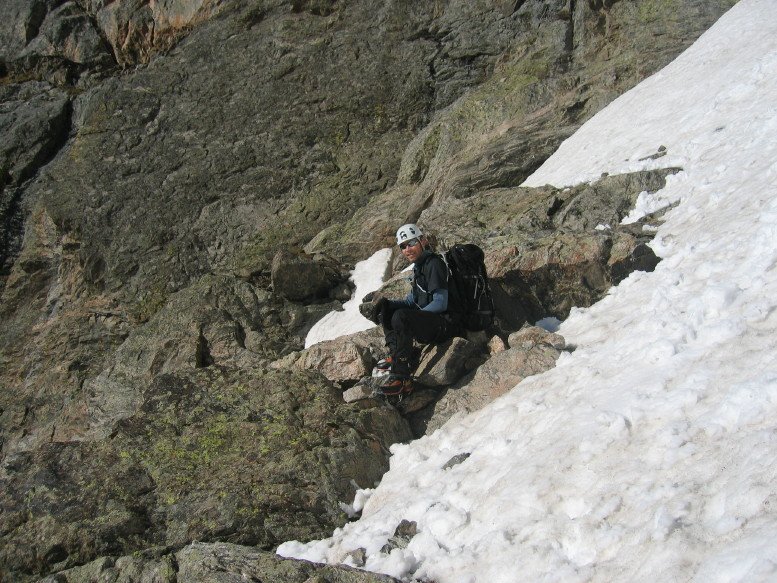 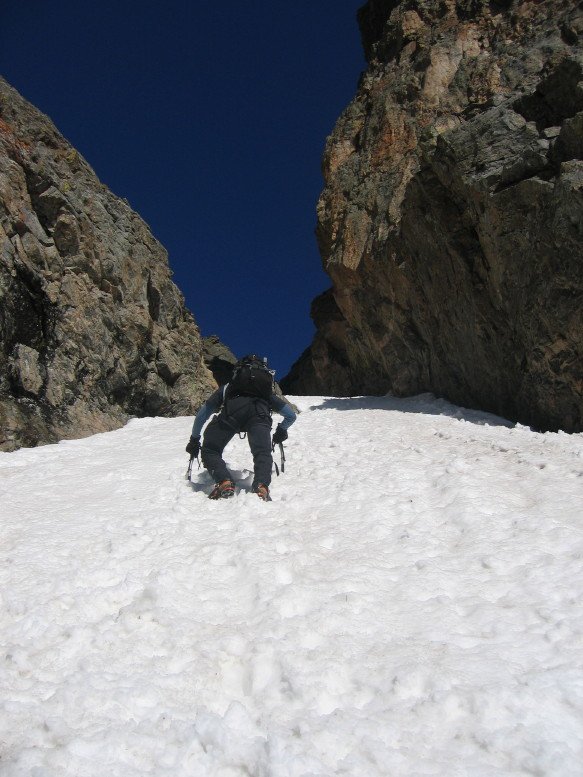 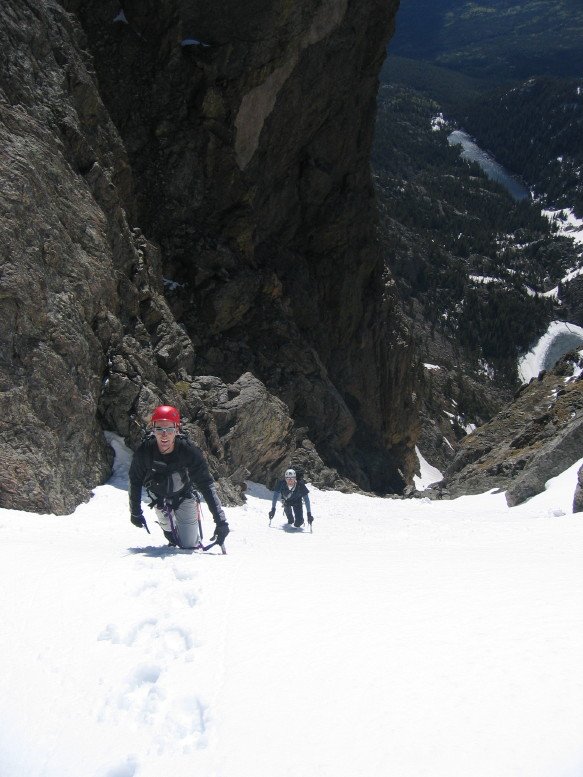