Brian and I had actually planned an alpine climb in Rocky Mountain National Park on Thursday, but the forecast was bad so we went to Ouray, Colorado, a day early.  In an attempt to make up for the missed climb, we went to Silverton, Colorado, Friday morning and see what conditions were like.  We hiked past Stairway to Heaven and knew that it was likely too stiff for our abilities, so we decided to attempt the First Gully which is located across the valley from Stairway to Heaven.

After scrambling to the first pitch of ice, Brian set up an anchor and I flaked out the doubles.  We only had 10 screws and two screamers so we assumed the pitches might be short since I had planned on sewing my leads up pretty tight.  In the excitement of leading a multi-pitch on ice, I overlooked a perfect tree belay at the top of the first pitch and built a three screw anchor to bring Brian up on.  Brian free climbed the second pitch with was primarily a snow climb and then belayed me up to a second tree belay station.  Since pitch 2 wasn't too exciting, Brian led the third pitch and set up another three screw anchor.  At this point we ran into some deep sugary snow.

We think we took a wrong turn in the gully and went right from the top of pitch 3 instead of going left.  On this lead, I got three screws in on thin ice.  After running out half of the ropes, I encountered more sugary snow and simply ran out of ice.  With nowhere to place pro, I had to retreat.  This was an extremely unnerving down climb and I had pretty much conceded to the fact that I was going to take a fall at some point.  I fortunately made it back down to the belay station with all the screws I had placed.  In the mean time, Brian had gotten fairly cold belaying me.

At this point, we still thought we were on route and the ice simply wasn't in because we saw bolted anchors only 20 feet away from us.  Since I was sketched out from the down climb and both of us were cold, we decided to bail and return another day.  We rapped on the doubles from the bolted anchors back to the second tree.  From this tree, I rapped first and spotted the first tree I should have used on the way up.  We rapped off this tree and were at the base of the climb in no time.

On the hike out, we reviewed the route and saw where we made our mistake.  The left turn we should have made was full of snow and covered the underlying ice.  We simply gravitated towards the ice that was visible and had that decision supported by the anchors we saw.  Although we didn't finish the route, we certainly got some good experience and the overall climbing, leading, and rope management went well for a couple of amateurs.  I didn't take many photos, and they didn't turn out well either. 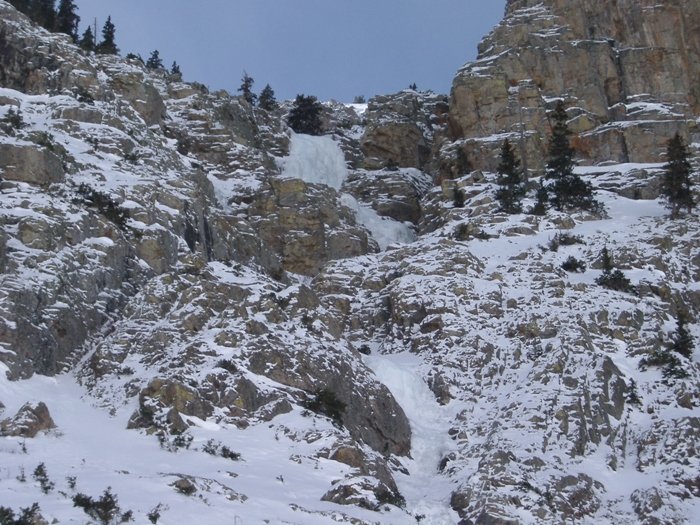 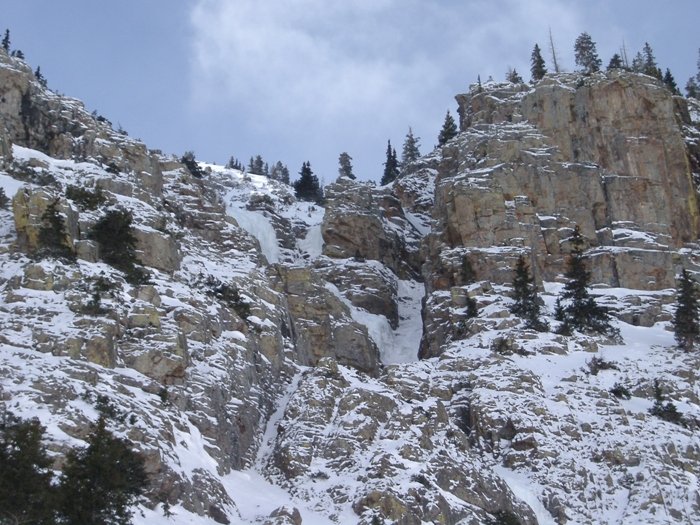 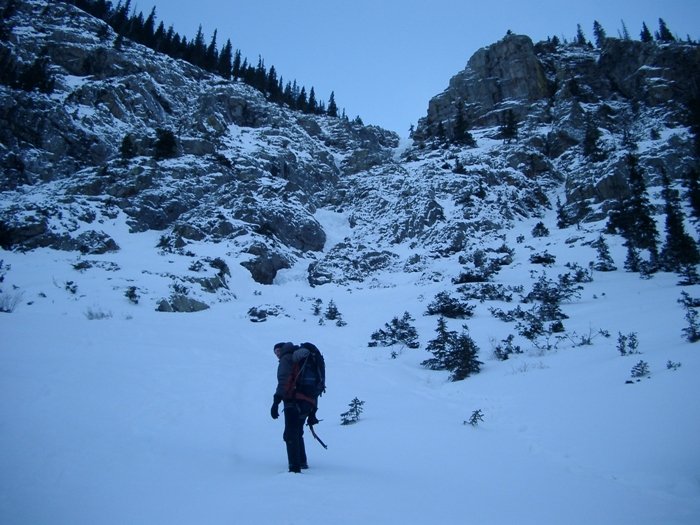 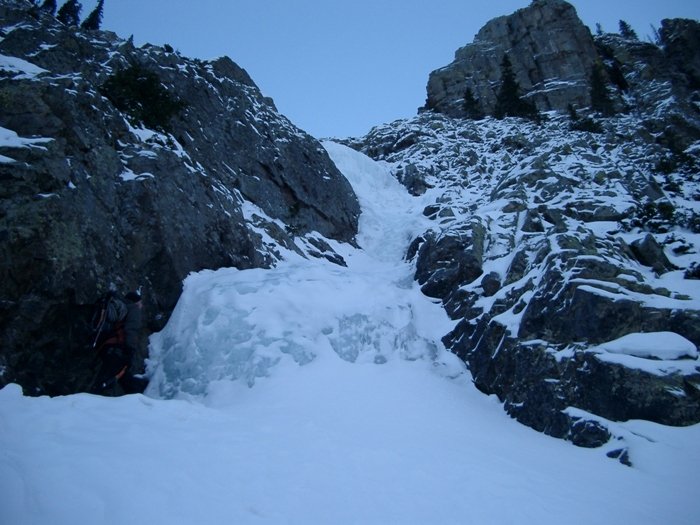 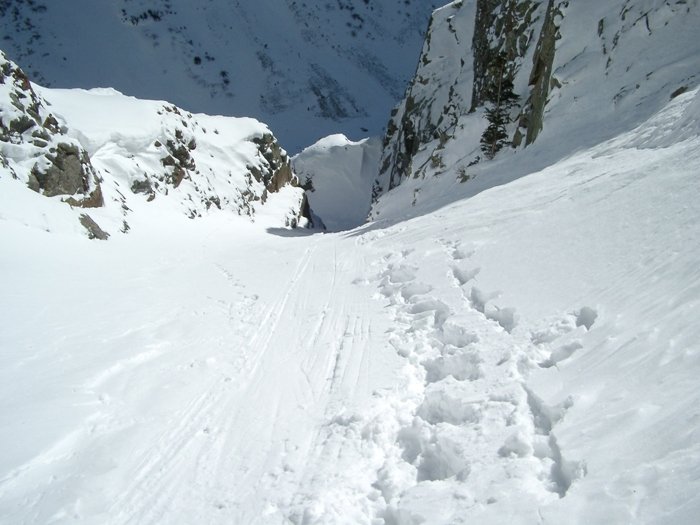 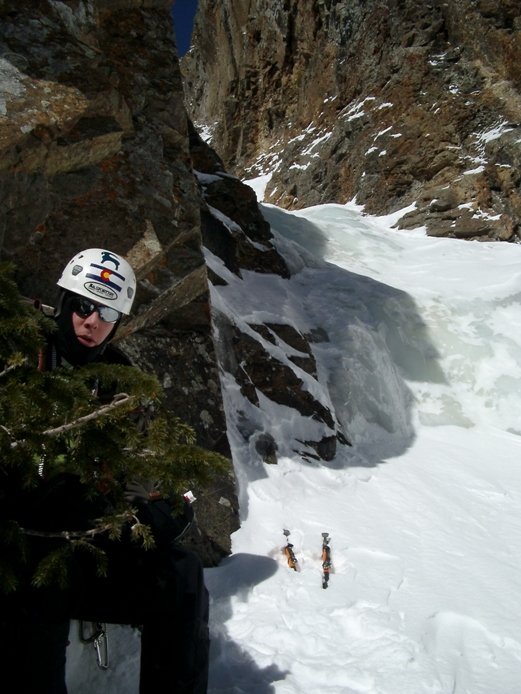 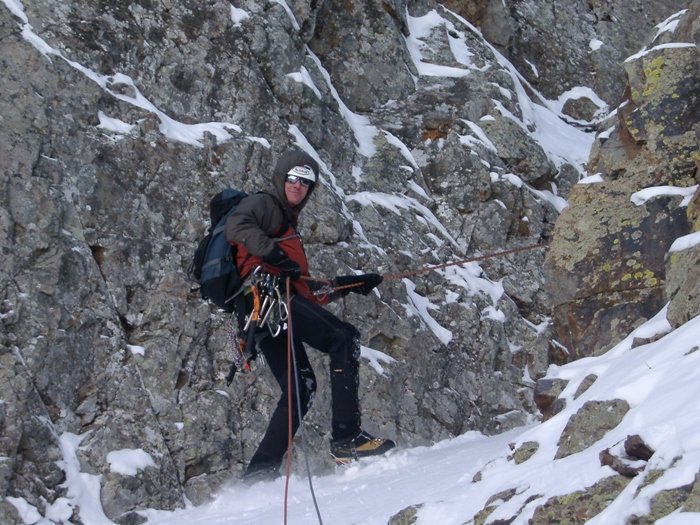 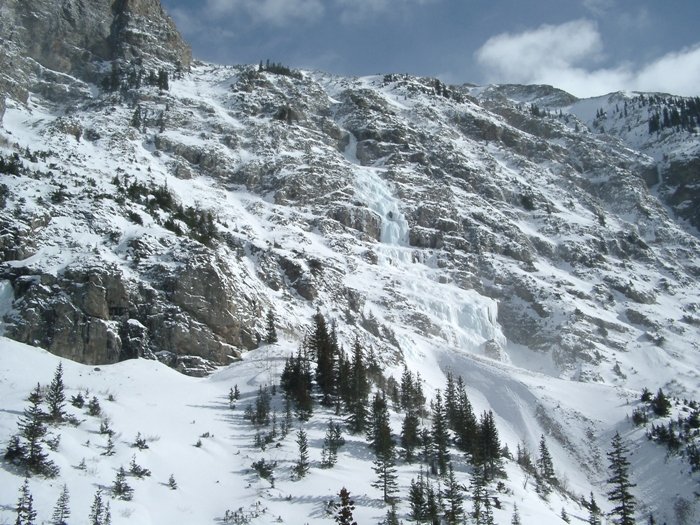 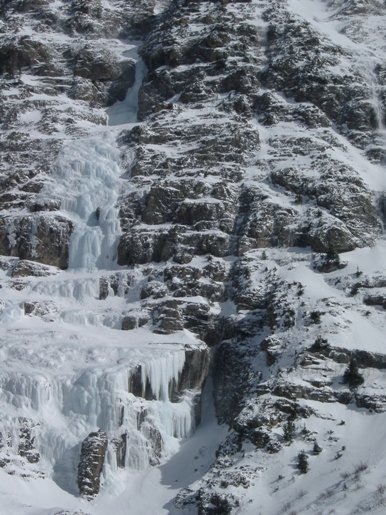