The forecast was cold and miserable, so instead of getting skunked after driving for a couple of hours, Jeff and I simply drove up Clear Creek Canyon outside of Golden, Colorado, to see what was available.  A short way past the first tunnel, we saw Coors Lite and thought it looked as though it was worth checking out.  We pulled off of Highway 6 and made the extremely short approach to the base of the first flow.  One team was already above us and another guy was free climbing.  After gearing up, I led the first pitch placing three screws and clipping a bolt right before the top of the pitch.  I brought Jeff up and then there was a short scramble to the base of the second section of ice.  This pitch was short, but definitely harder than what we had just climbed.  I got three screws in and brought Jeff up on some bolts at the top of the climb.  We scrambled further up the drainage to see if there was more ice above us, but we didn't see anything.  We set up a top rope on the second pitch we climbed and played around for most of the morning trying various alternatives to the curtain that had formed.  After several laps, we called it a day, had a beer at the Trooper, and made the quick drive back home. 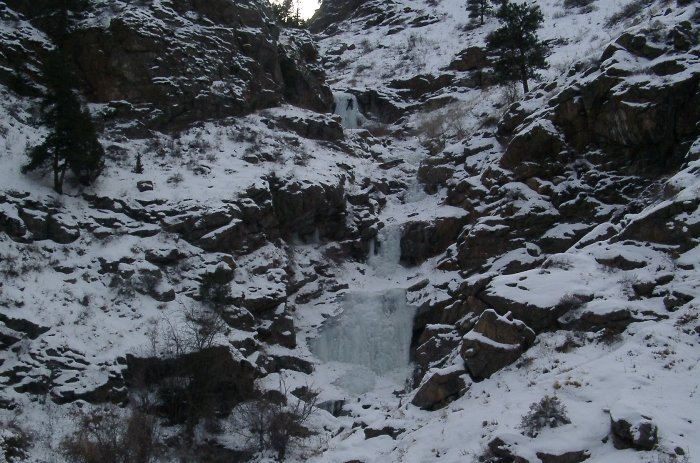 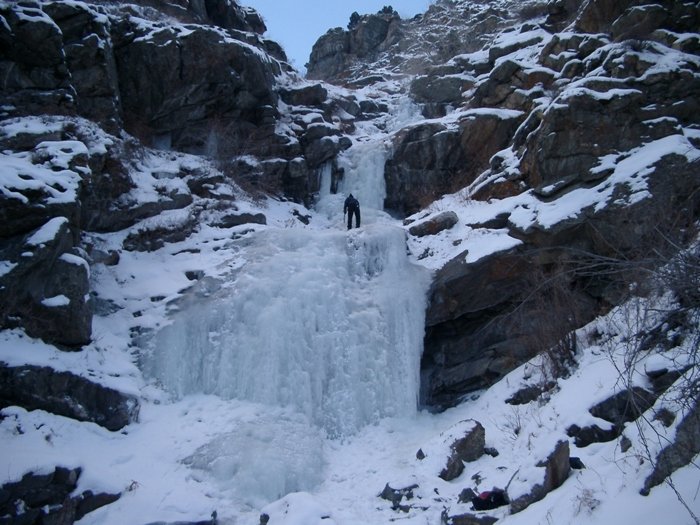 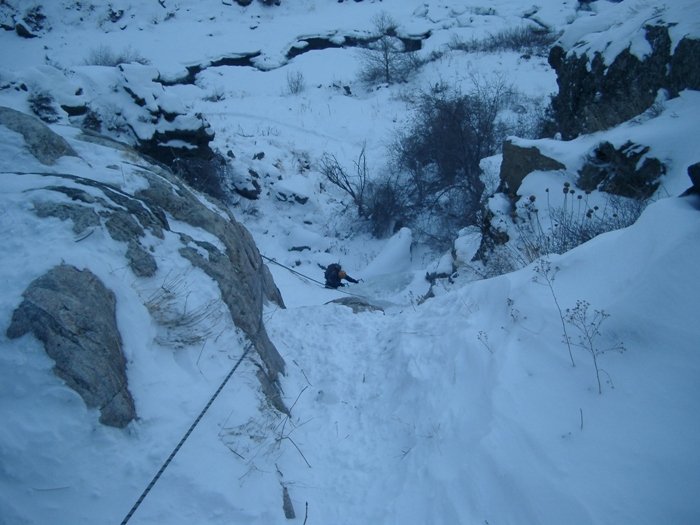 Looking down from the top of pitch 1. 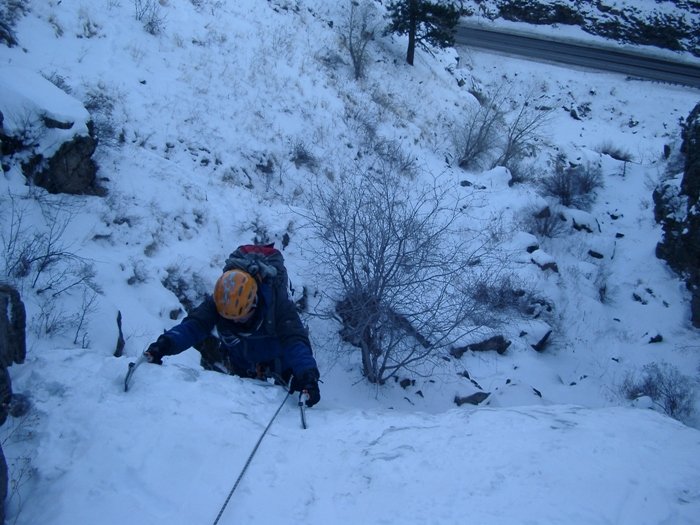 Looking down from the top of pitch 2. 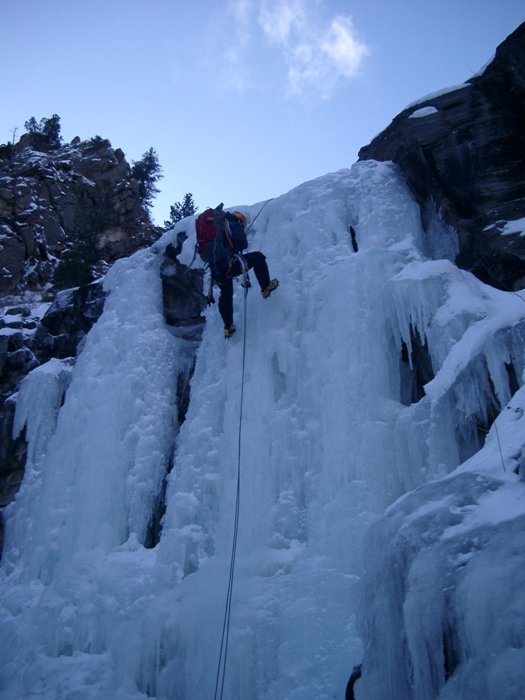 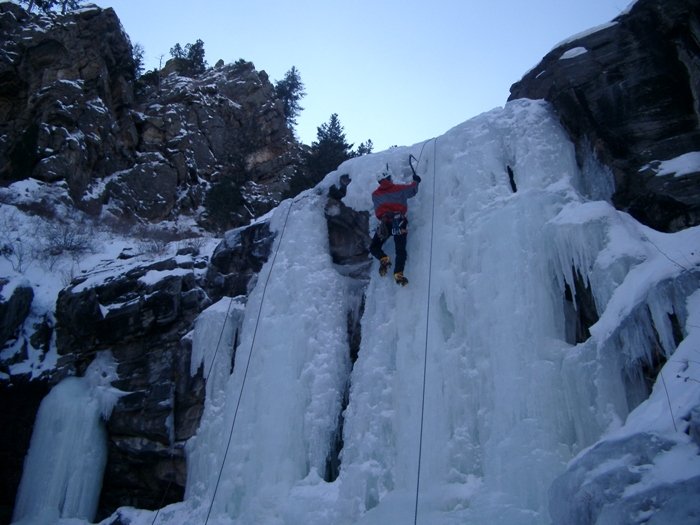 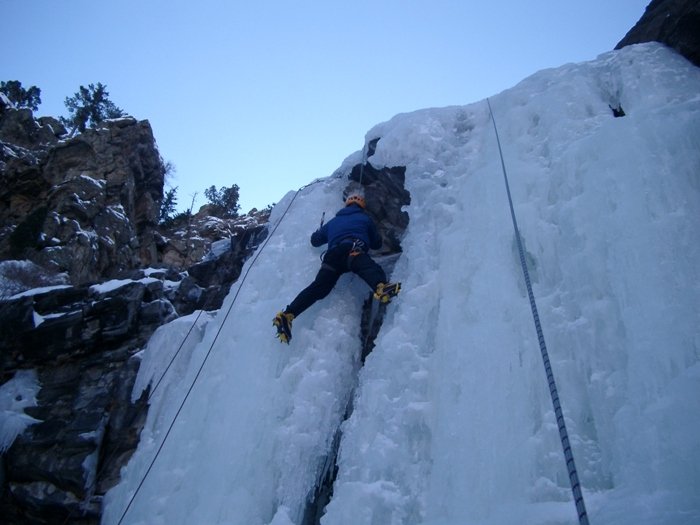 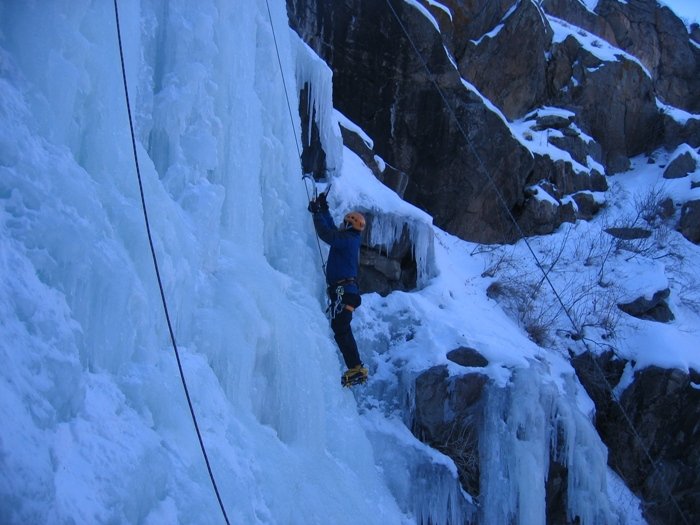 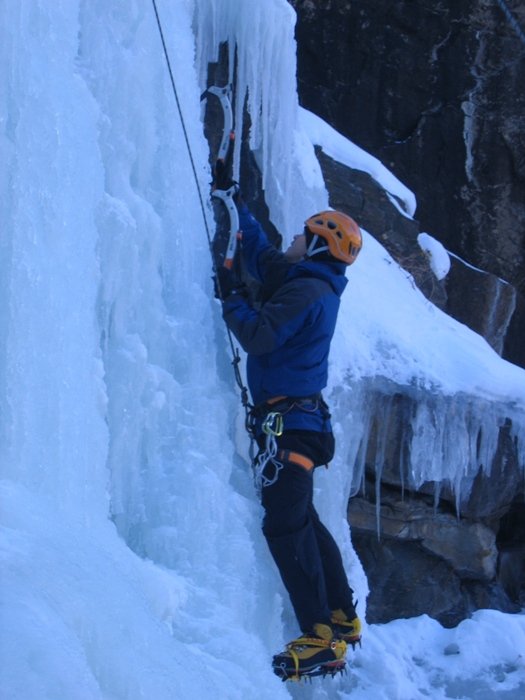 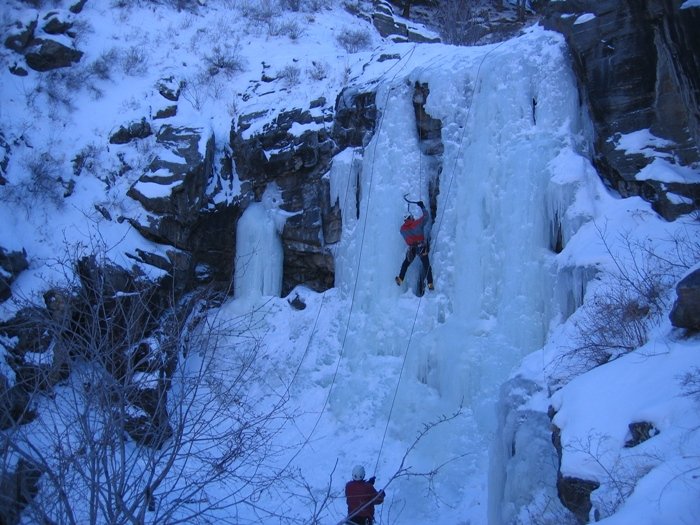