Despite the dismal forecast, Jeff, Don, and I decided to head up the Rocky Mountain National Park and check out Longs Peak.  Our original plan was to attempt the north face in winter-like conditions.  It had rained most of the previous evening, and when Jeff picked me up at 1:30, it was still overcast.  I wasn't very optimistic about the day.  We picked Don up on the way and were hiking by 4:00.  The trailhead parking lot was empty and there were 2-4 inches of new snow on the trail.  Although the trail was moderately packed down, the new snow made things a bit more difficult.  By the time we broke tree line, the wind was fairly strong and the trail disappeared.  We decided to take a more direct line towards Chasm Junction as we took turns breaking trail and the wind.  We post-holed up to our knees in places and progress was slower.  We took our second break at Chasm Junction behind a rock as we eyed the diamond, the Notch, and Dreamweaver.

Once behind Mount Lady Washington, the wind seemed to subside some.  We continued on to Granite Pass and then the Boulder Field.  It was fairly obvious once we saw the north face that nobody was going near it.  Compared to other winter photos of Longs Peak that I have seen, it was extremely snow loaded.  Beyond this, I hadn't been out hiking for nearly six months and was fairly wasted from the heavy pack, poor trail conditions, and post-holing.  In addition, five minutes after we started to head down the weather turned, the temperature dropped, and the peak became shrouded in clouds.  We chalked it up to a good training hike.  We were back at the trailhead by noon. 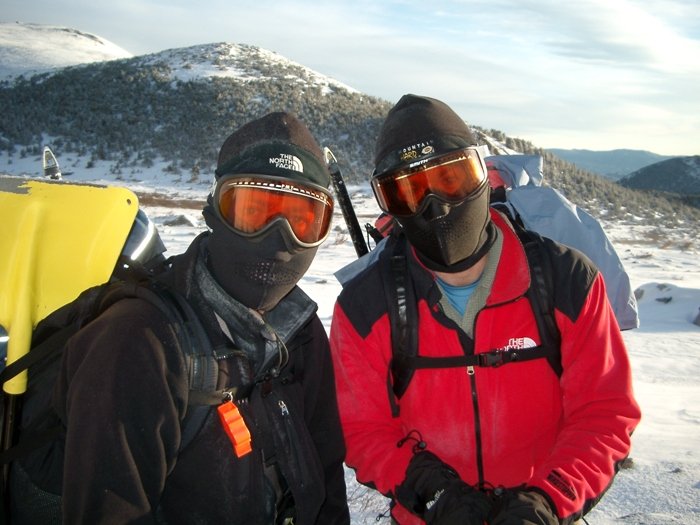 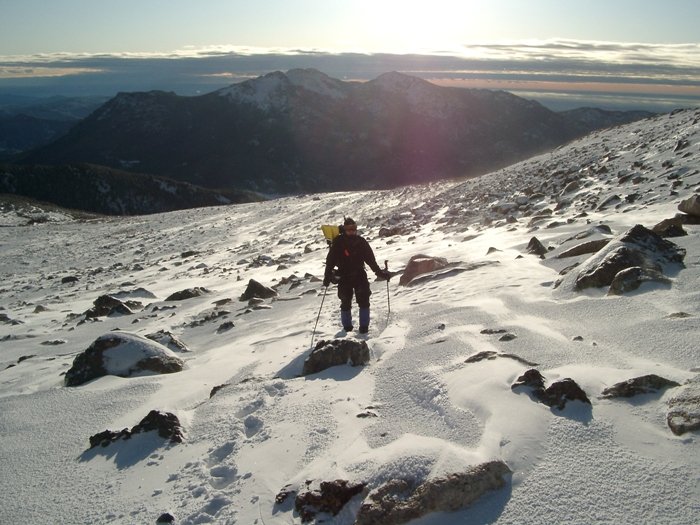 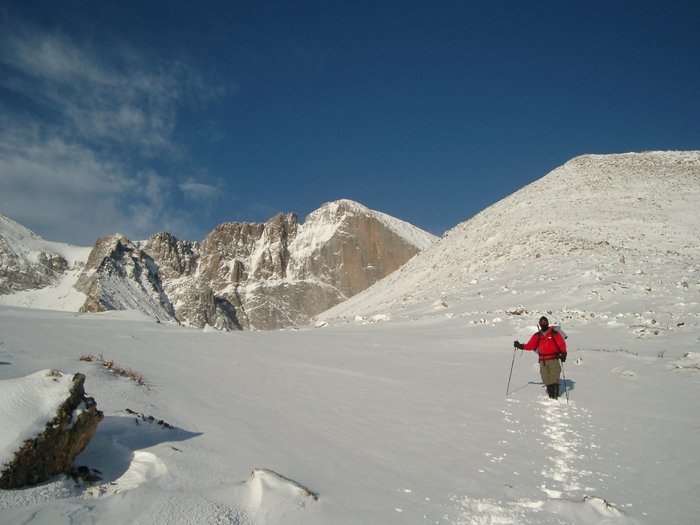 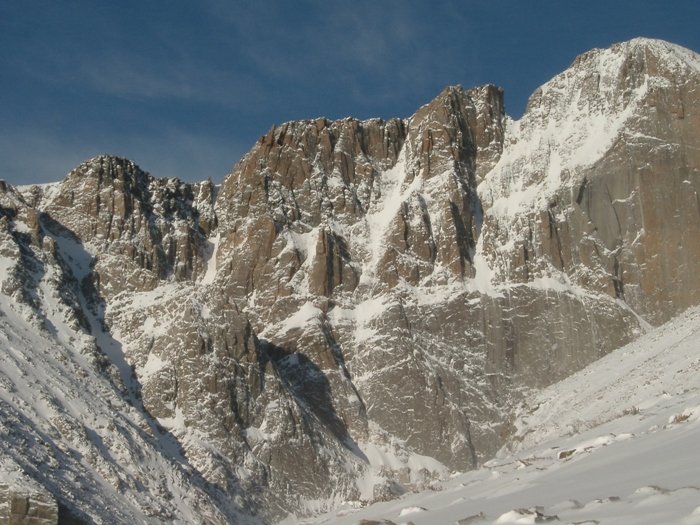 Broadway and the Notch 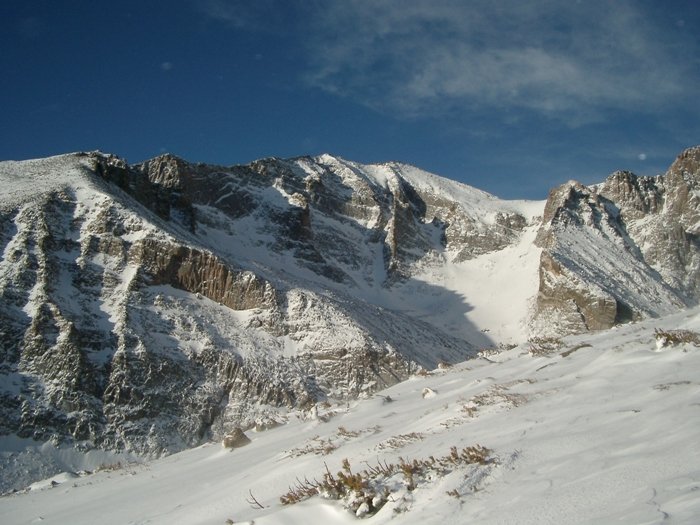 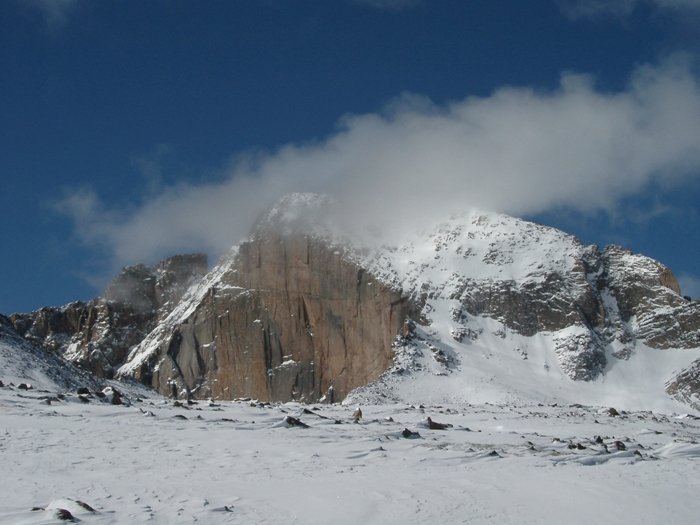 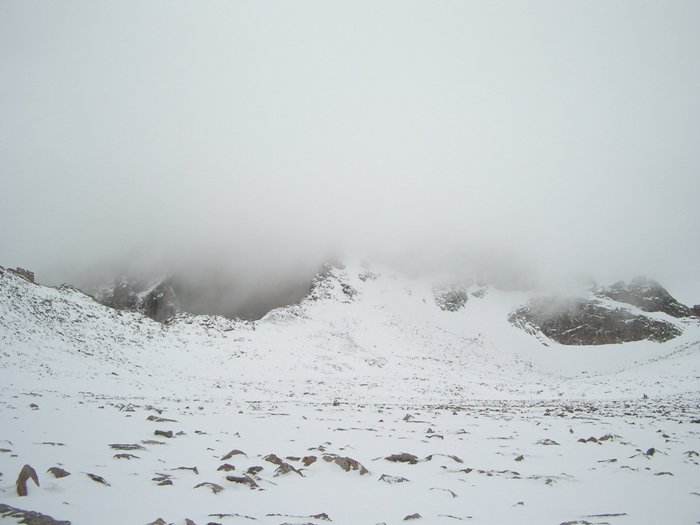 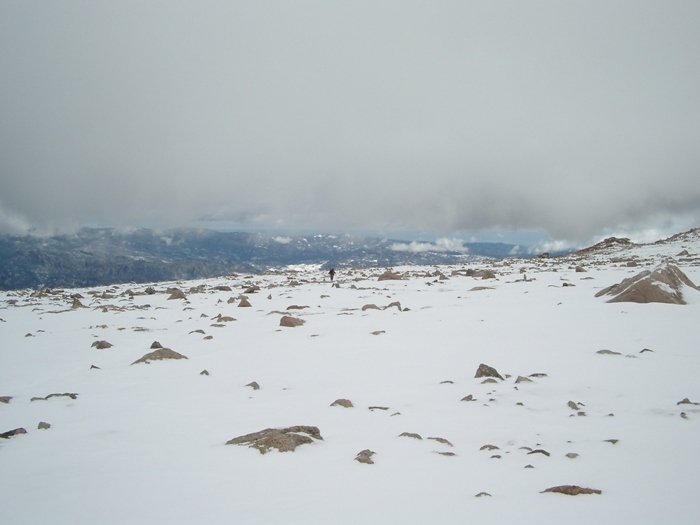 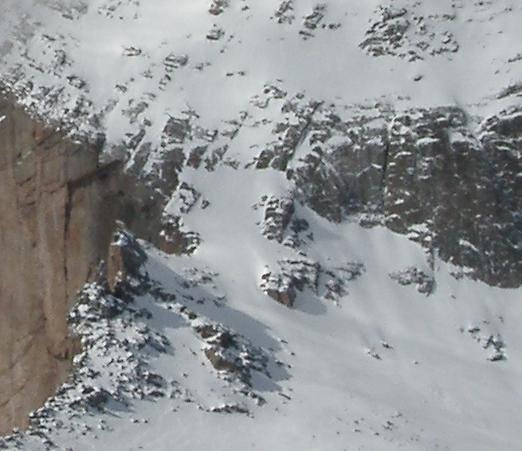