This particular hike was essentially a ridge hike around the Crystal Creek Basin.  It allowed me to summit four 13ers including Mount Helen (13,164'), Father Dyer Peak (13,615'), Crystal Peak (13,852'), and Peak 10 (13,633').  It was a very enjoyable hike with great views almost the entire day.  Although I spotted hikers on all of the surrounding peaks, I only ran into two people who had driven to the Briar Rose Mine and were hiking to Peak 10.

I started at the junction of Spruce Creek Road and the aqueduct road east of Mount Helen.  After hiking up the road just a short way, I turned left onto the Wheeler Trail.  I was only on the trail for about five minutes when I started west towards the east slopes of Mount Helen.  The initial section below treeline was the steepest and then once beyond the trees the grade eased.  The slopes to the summit of Mount Helen were grassy and easy to hike.  My only recommendation on this section of the hike is to not go to far north on the Wheeler Trail because the north face of Mount Helen cliffs out and would be difficult to climb.  Once on Mount Helen's summit you can view many of the surrounding peaks and see the next obstacle.

Father Dyer Peak's east ridge is visible; however, I would be taking the ridge connecting Mount Helen and Father Dyer Peak.  This was the only section of the day that had any class 3 scrambling, which was near Point 13400.  I dropped off the ridge a couple of times to the south, but for the most part you can stay directly on it.  The final climb to Father Dyer Peak has some scrambling too if you stay directly on the ridge and don't skirt it to the left.  With two peaks down and two to go, I didn't spend much time on any of the summits.

The ridge from Father Dyer Peak to Crystal Peak is fairly mellow along with the ridge between Crystal Peak and Peak 10.  After completing the loop, I simply hiked down the east slopes of Peak 10 and picked up the Wheeler Trail which took me right back to my vehicle.  The last mile of Spruce Creek Road was fairly rough, but I did see a couple of passenger vehicles at the junction when I returned.  It took me six hours to complete the hike, and would recommend it to anyone wanting to add to their peak list. 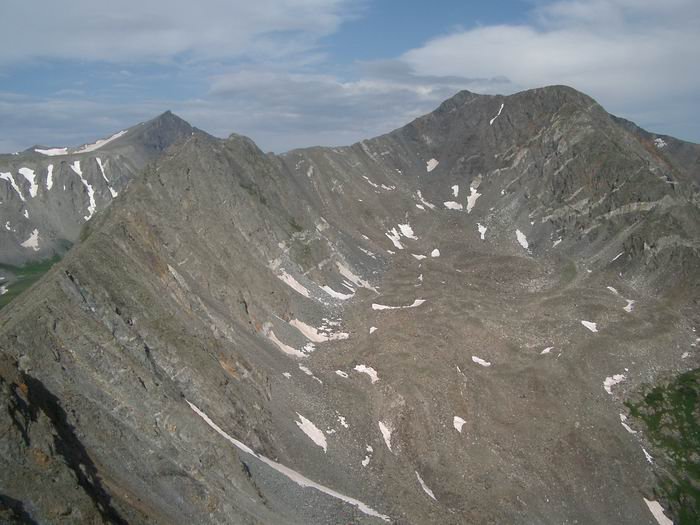 A photo of the ridge from Mount Helen to Father Dyer Peak. 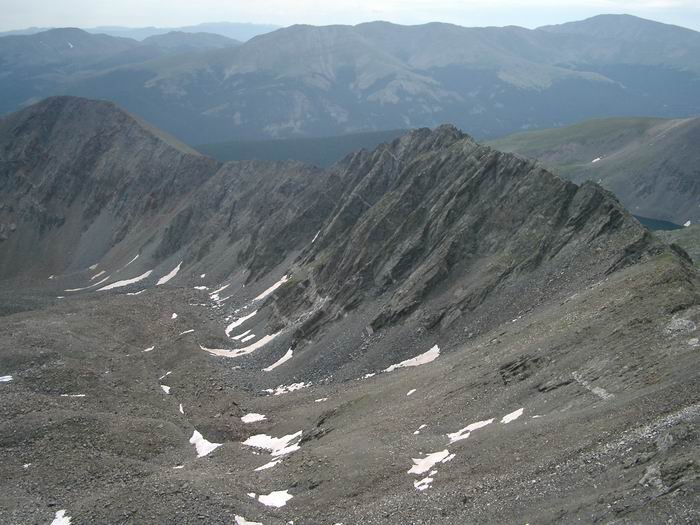 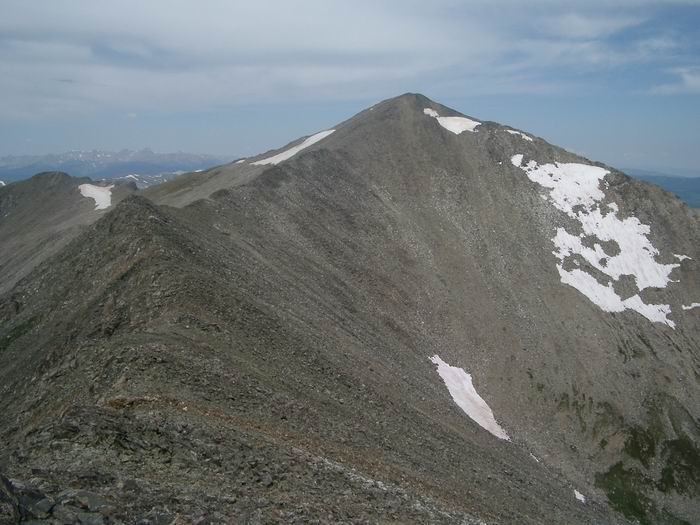 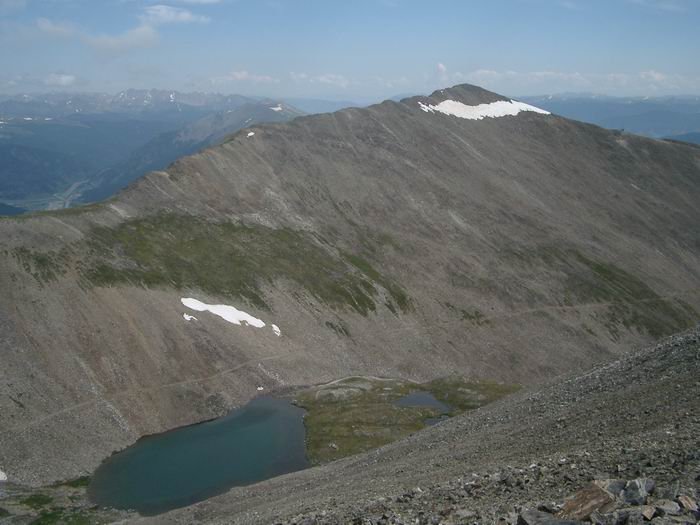 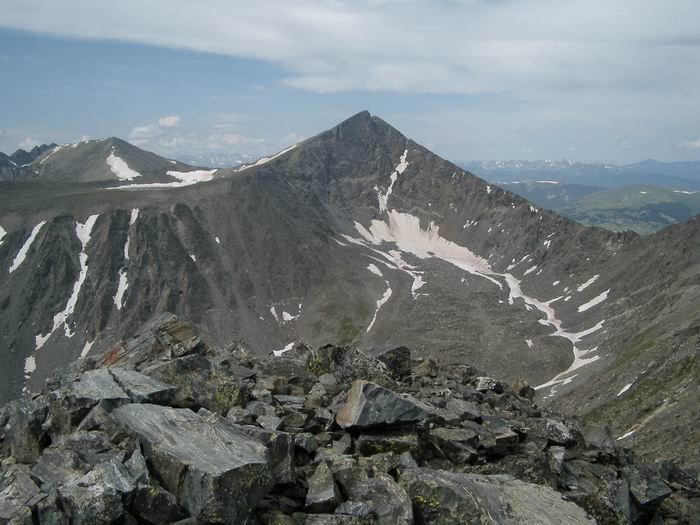 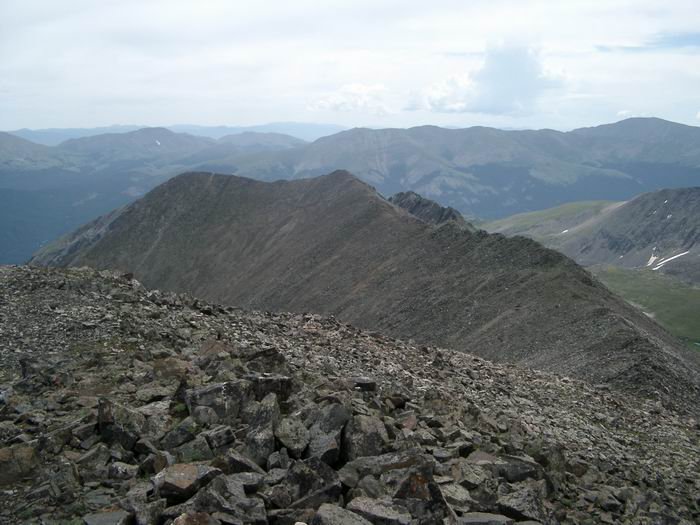 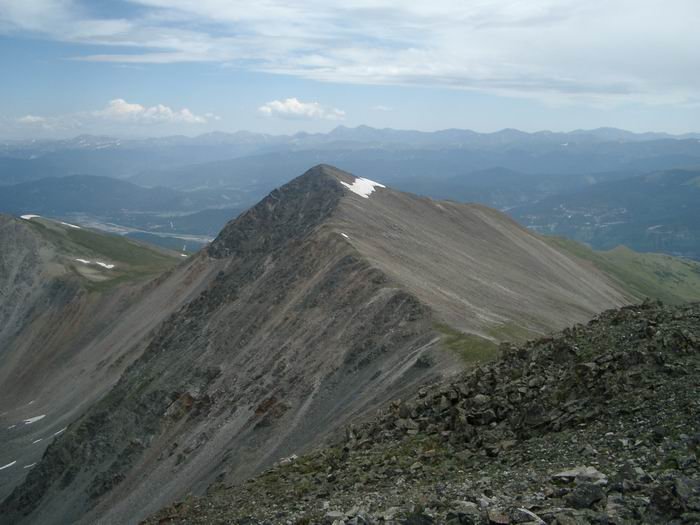 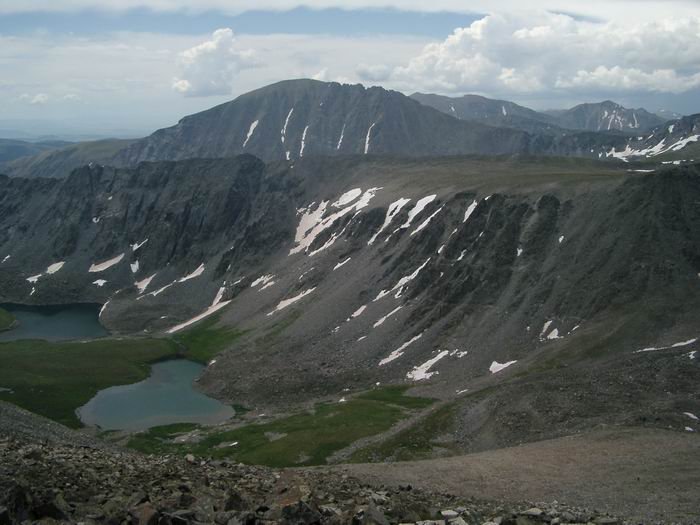 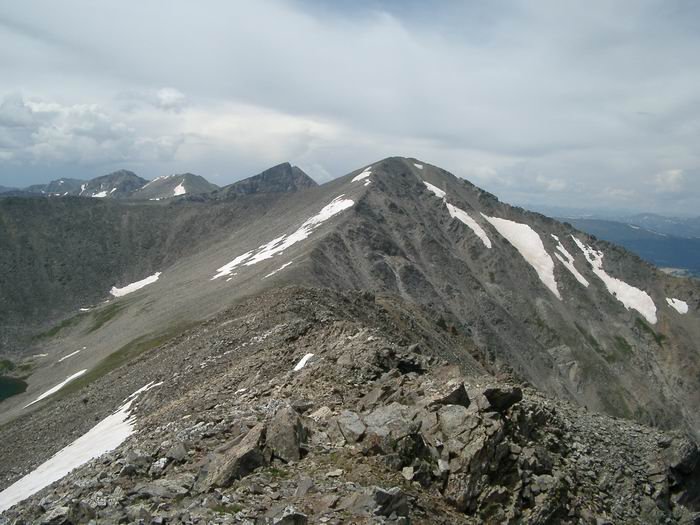 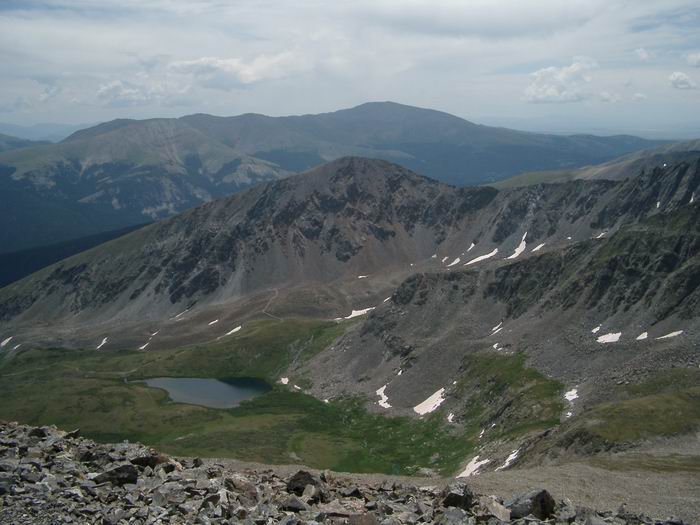 The ridge from Mount Helen to Father Dyer Peak. 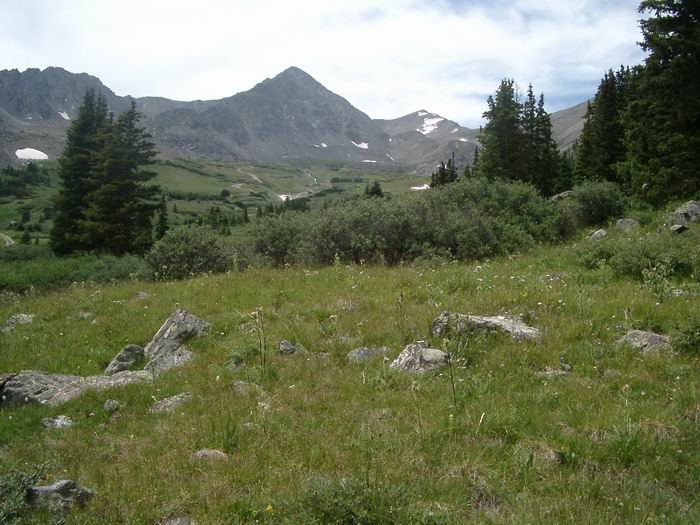 Father Dyer Peak with Crystal Peak in the background.