After reading a recent trip report on Atlantic Peak's west ridge, I decided to attempt Pacific Peak from the Mayflower Gulch Trailhead.  The west ridge on Pacific Peak proved to be one of the more challenging climbs I have ever done given the winter conditions and technical aspect of the route.  In all reality, I underestimated the difficulty and am grateful to have reached the summit.  With the exception of the largest rock tower a few hundred feet above the base of the ridge, I stayed directly on the ridge crest which increased the climbing to class 4 in several sections.  Given my limited skills, I would consider this a fairly difficult alpine rock climb with 1,400' of sustained class 3/4 climbing.  It took me 4 hours and 40 minutes to ascend with a round trip time of 8 hours after 15 minutes.

The approach up Mayflower Gulch went quickly with only 4 to 6 inches of new snow on the relatively well traveled road.  Progress slowed as I turned up Pacific Creek, but was still not too difficult.  By the time I reached the base of the west ridge at 12,500', the snowshoes came off and the wind and cold became more of a factor.  I scrambled to the major tower and skirted it on the south side.  After regaining the ridge, I slowly made my way up the ridge proper which held more snow than anticipated.  On some of the steeper more challenging sections, I found myself clearing snow looking for holds.

With mountaineering boots and thick gloves, hand and foot placement was more difficult.  The rock was slick and cold.  My iPod, glucose monitor, and digital camera all died because of the temperatures, and ice quickly formed in my water bottles.  My feet, face, and hands were cold for most of the ascent.  Fortunately, the climbing kept my mind off of this fact for much of the time.  The summit was calm and gave me an opportunity to eat, drink, and warm up.  If I wasn't so tired, I may have considered traversing to Atlantic for a slightly easier descent, but in the end I didn't think I had the energy and time.

I was relieved once I made it back down to my cached snowshoes.  Although simply a fun summertime scramble, this hike was a fairly big accomplishment for me on my first outing of 2006.  The trip out was uneventful, although traffic from the trailhead to the cabins in Mayflower Gulch increased significantly as many people were out snowshoeing and cross country skiing.  I carried my crampons to the summit, but didn't feel there was a long enough section of the ridge that required their use so I never put them on.  I used my ice axe on several sections and secured it on the gear loop of my backpack when all limbs were required for climbing. 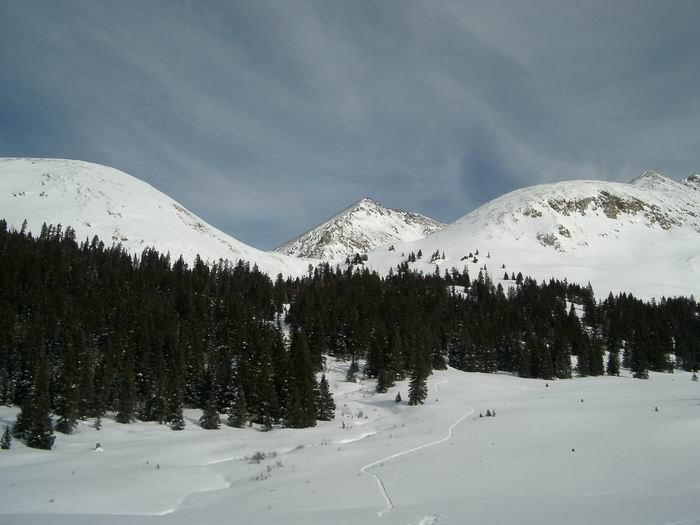 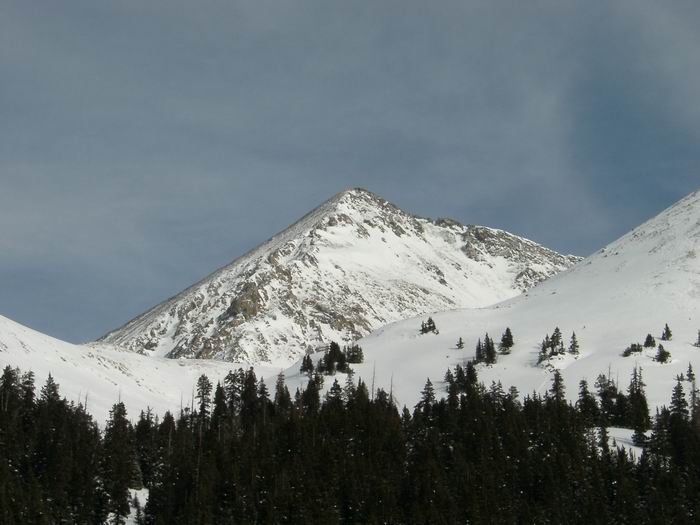 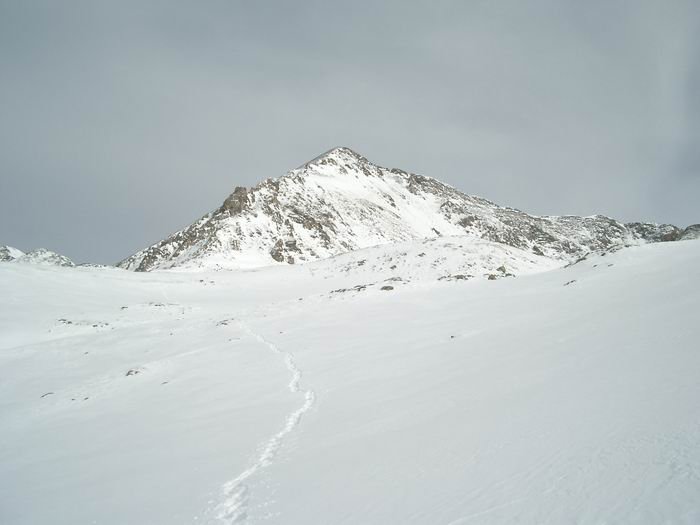 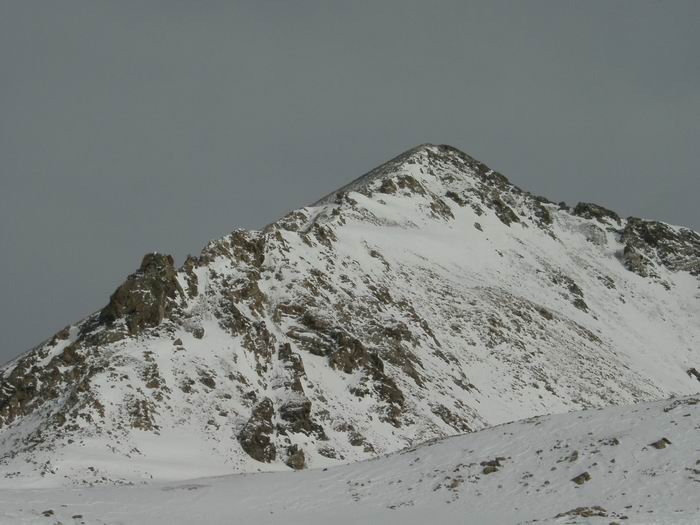 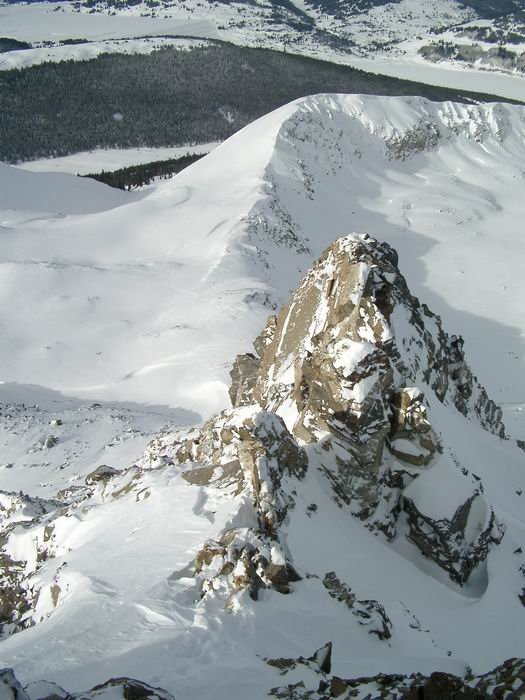 This is the large tower at the base of the ridge I went around. 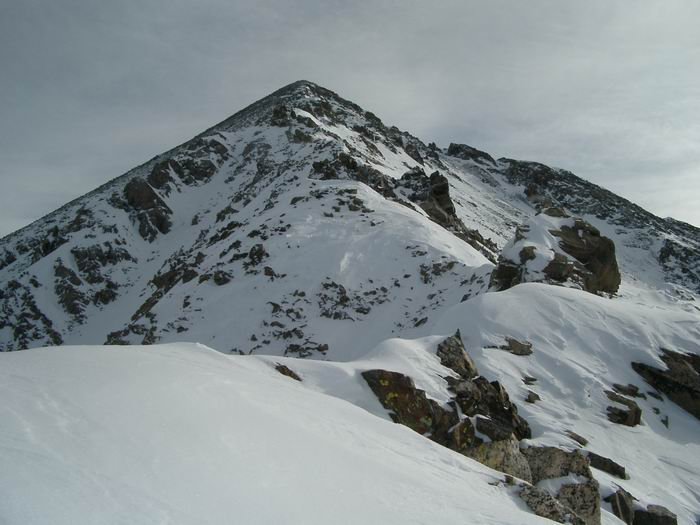 Looking up the west ridge from about half way up. 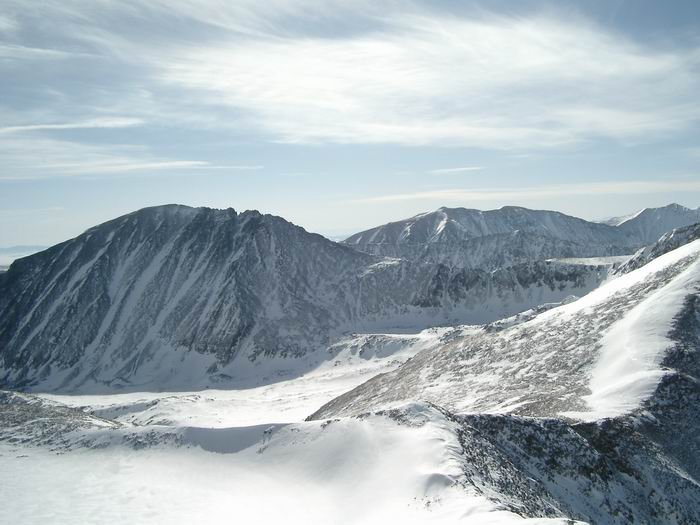 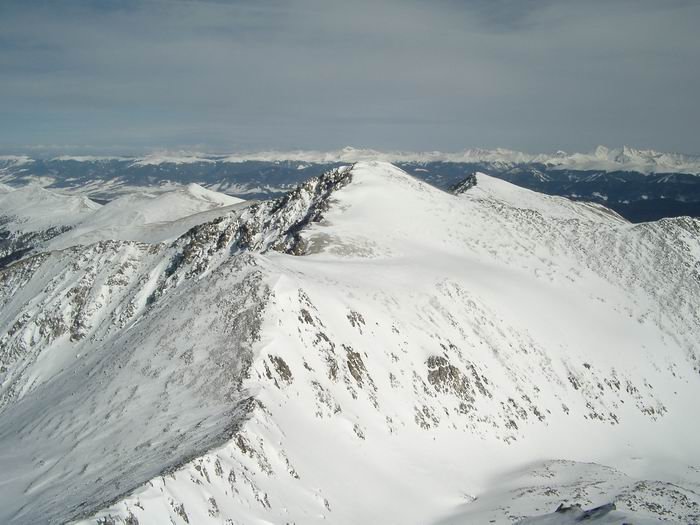 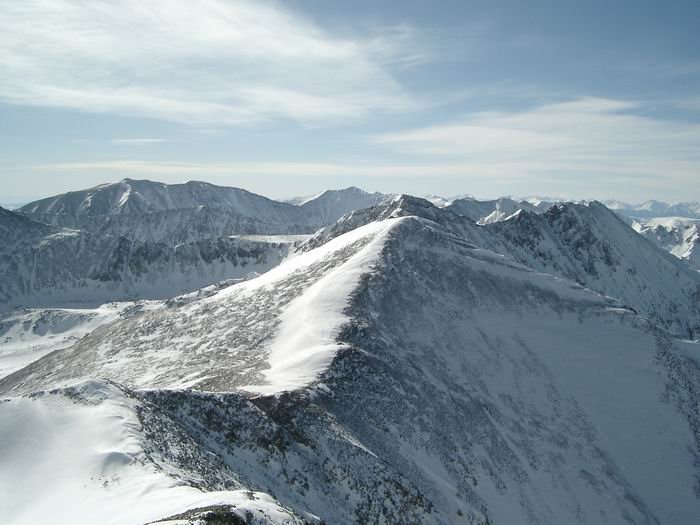 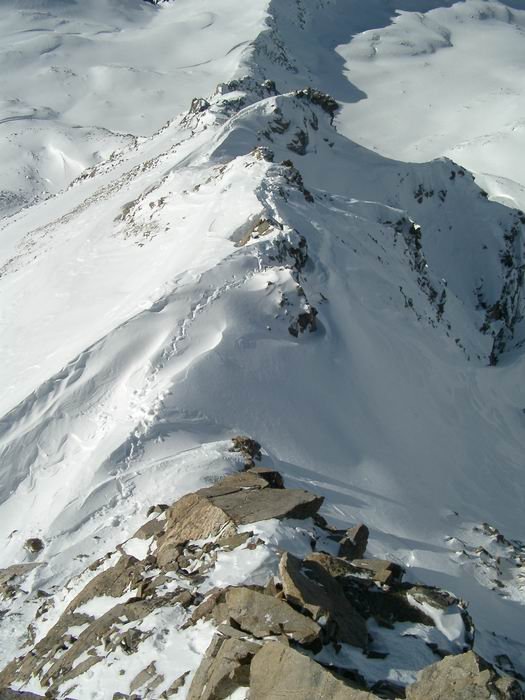 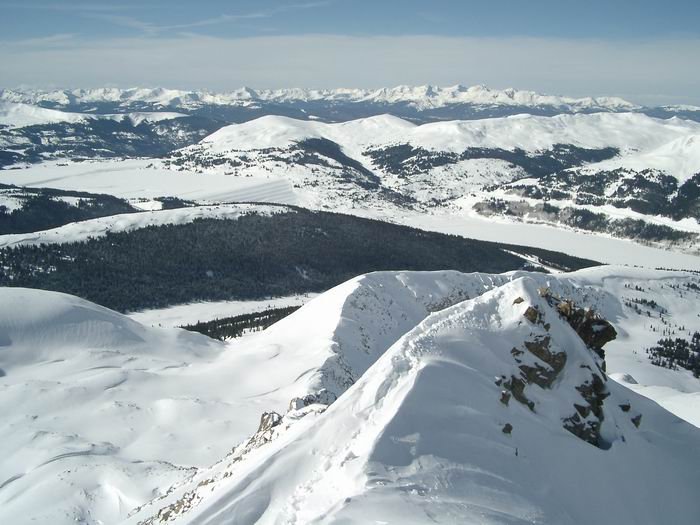 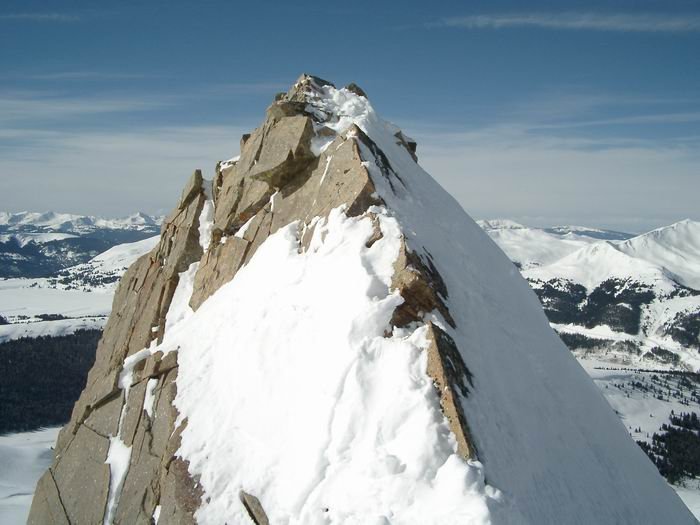