Brian invited me to join him and Kevin for a weekend of ice climbing at the Ouray Ice Park in Ouray, Colorado.  Both Brian and myself were ice climbing virgins while Kevin has a decent amount of experience on ice.  The Ice Park is a great place for beginners since there is a nominal approach, a lot of climbs can be top-roped, and there is a wide variety of routes in terms of difficulty.

Since we were driving a fair distance, we wanted to get an early start on Saturday.  I left my house at 1:30, was at Brian's by 2:00, picked up Kevin shortly after, and were on the road by 2:30 in the morning.  Brian got us all the way to Delta, Colorado, where we ate breakfast and the Stockyard.  Kevin finished the drive to Ouray, Colorado, and we were climbing by 9:30.

We started out on some easier WI2 so Brian and I could get a feel for the ice climbing.  We set up three different top ropes on Saturday.  I had to rely on Brian and Kevin's gear since I don't have any.  I particularly liked Brian's Black Diamond Rage ice tools.  Kevin climbed with his Trango Madame Leashless tools all weekend.  We took turns climbing, belaying, and resting.  Saturday night we had a few beers and ate dinner at The Outlaw restaurant.

As the weekend progressed, we pushed it harder and ended on some WI5.  By Sunday afternoon, we were exhausted.  Everyone's knees, shoulders, and hands ached in some way.  We had a beer in the parking lot of the Ouray Victorian Inn as we changed clothes and packed up for the drive home.  We got gas and mexican food in Delta, Colorado, before starting the long drive back to Denver, Colorado.  I think I was home around midnight.  We ended up climbing in New Funtier, South Park, Lower Bridge, and on the Gazebo Wall.  It was very busy with a rope on almost every route both days. 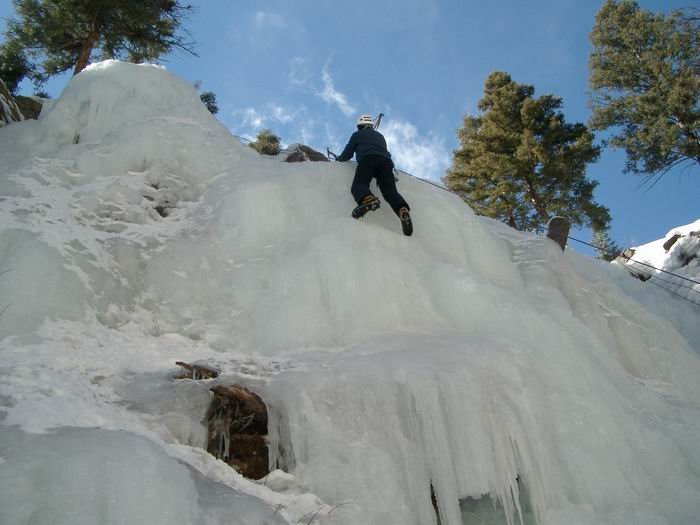 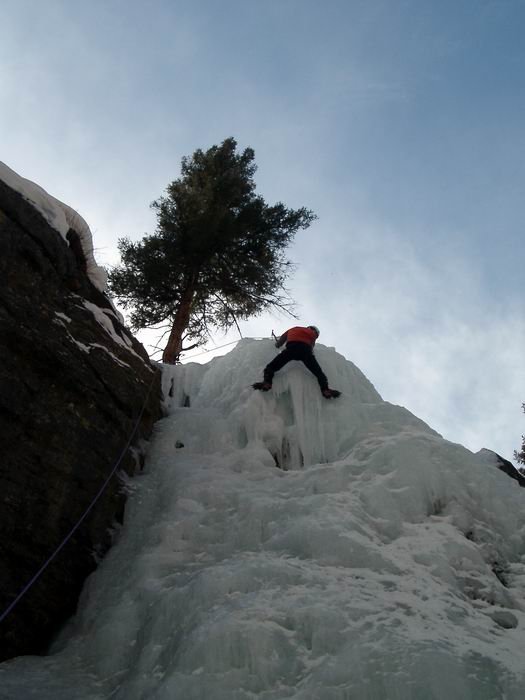 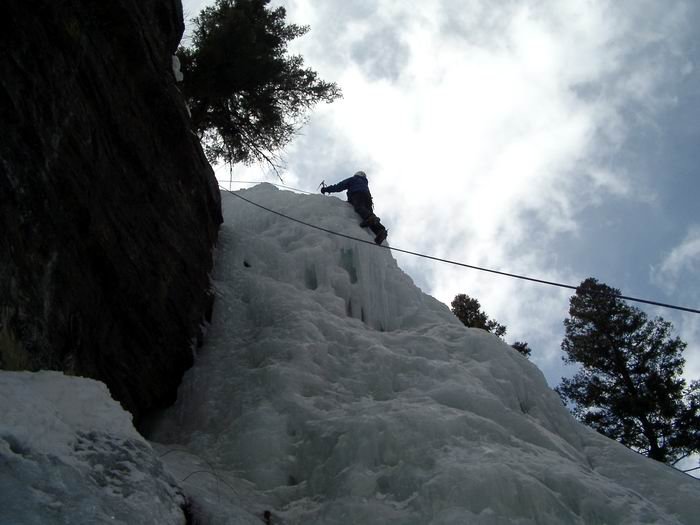 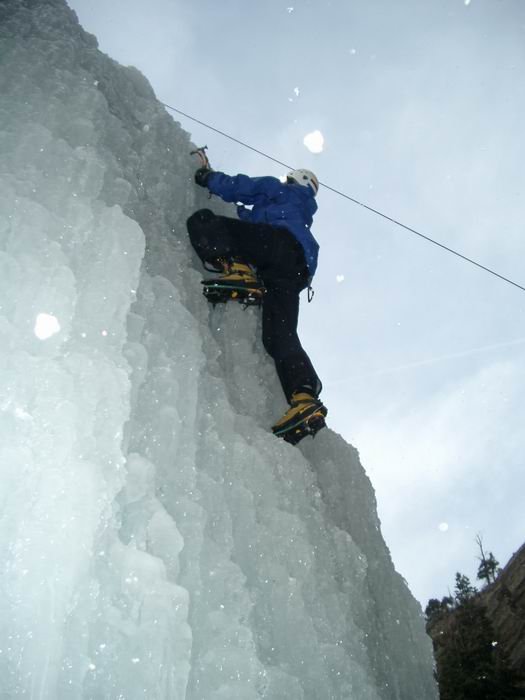 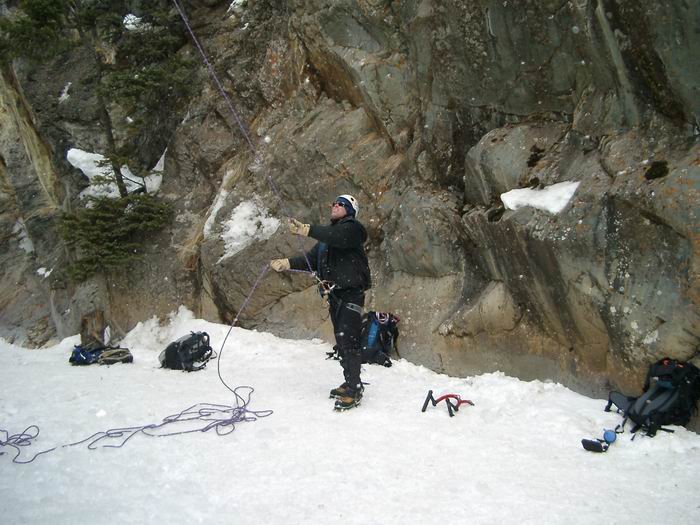 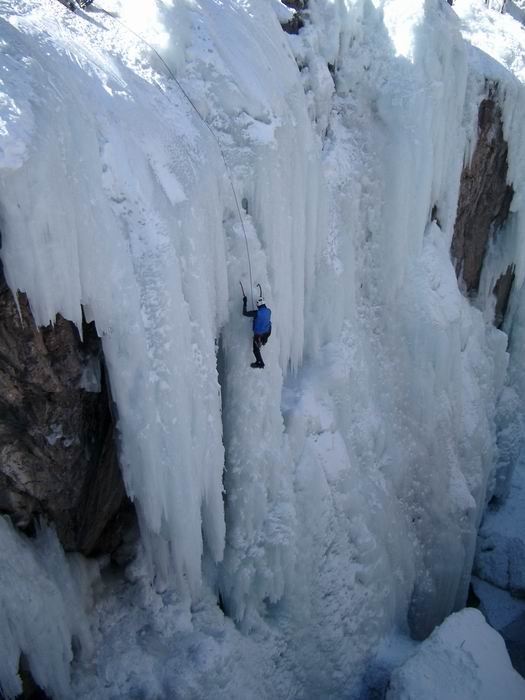 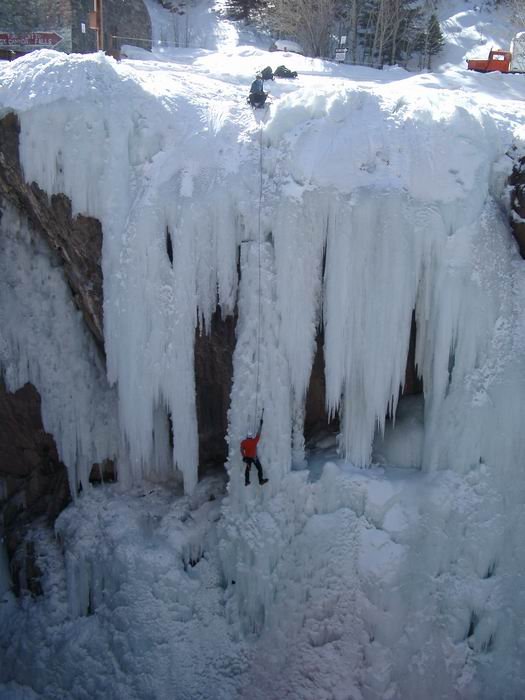 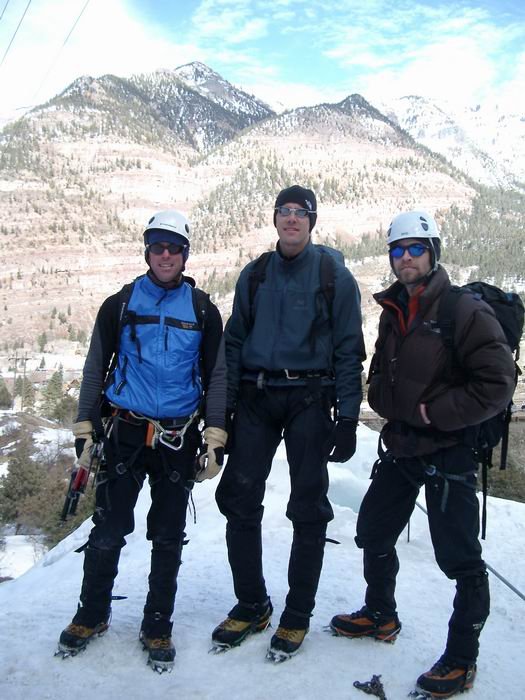 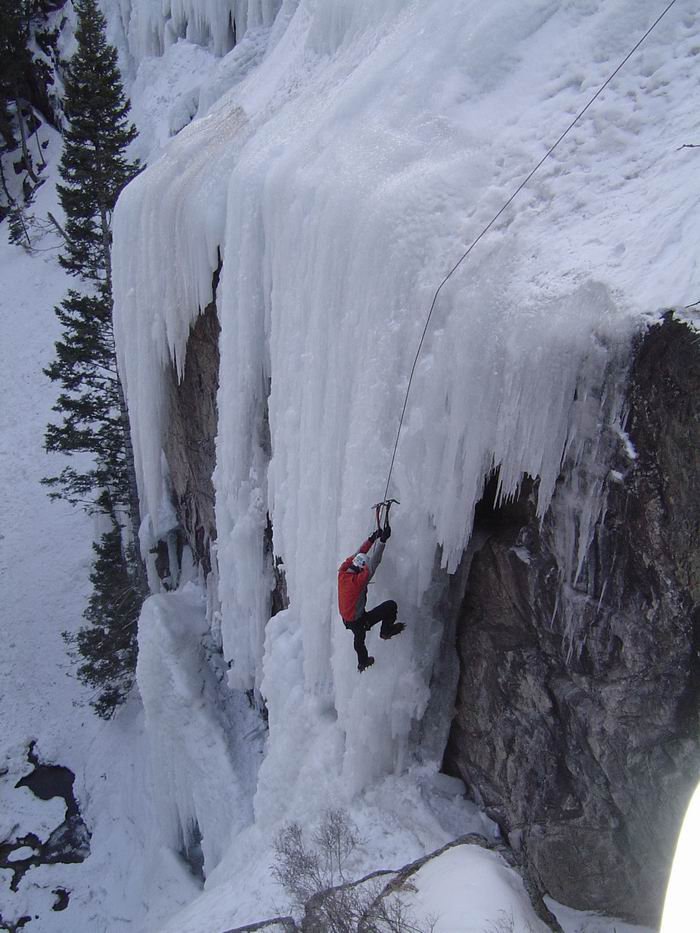 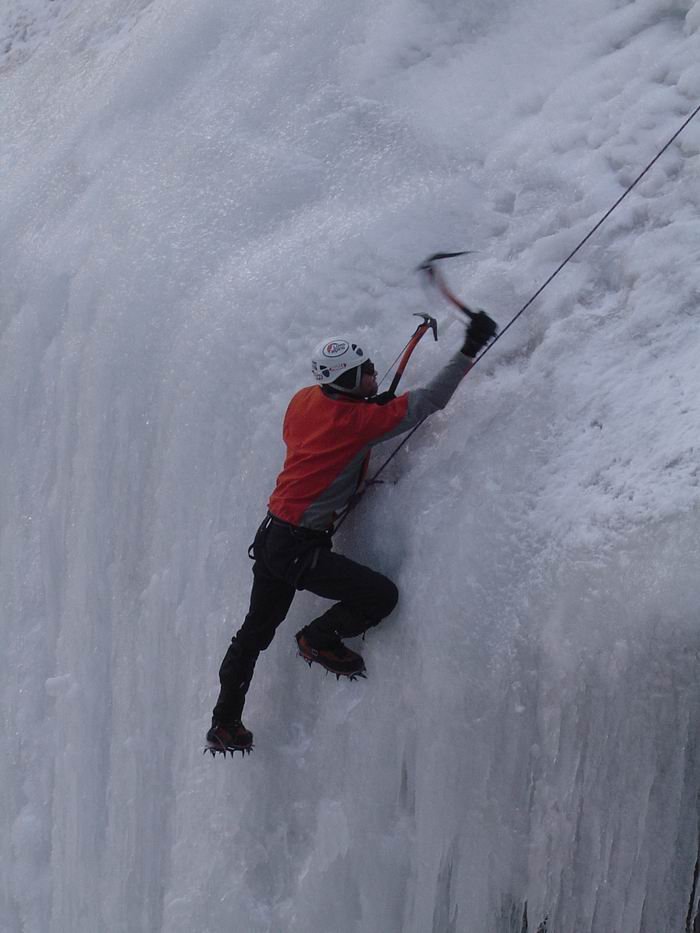 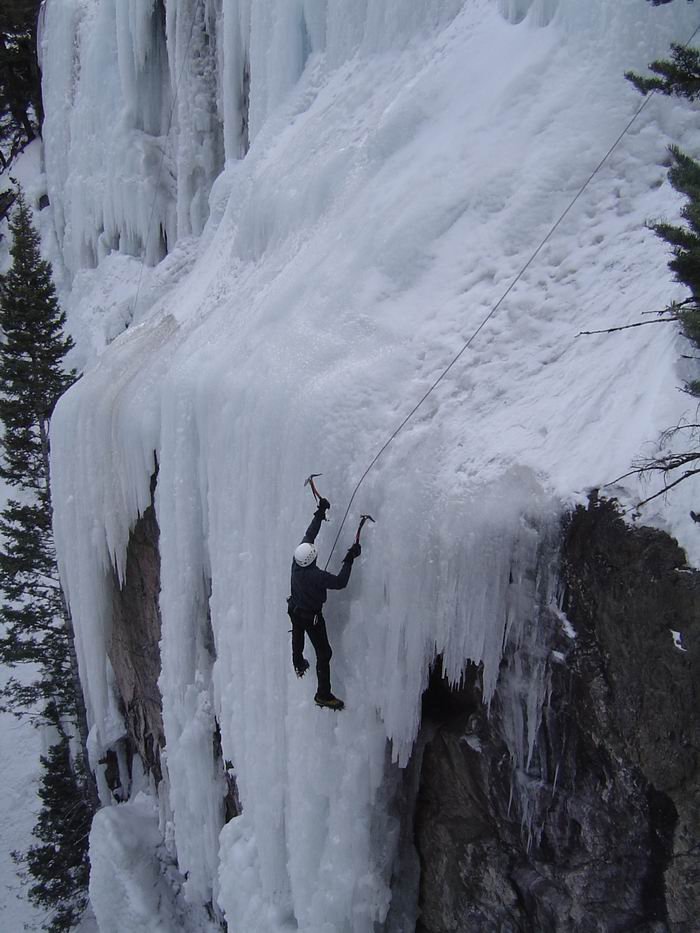 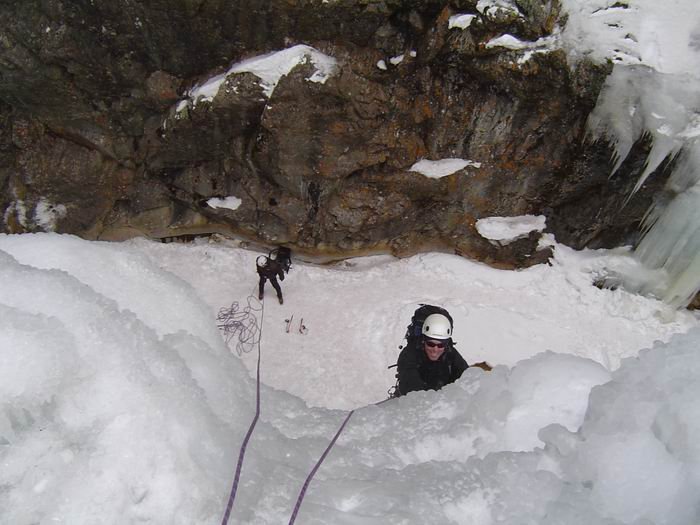