After backpacking to just above Como Lake on Monday, we climbed the Northwest Face Route (class 4) of Little Bear Peak.  From there, we traversed to South Little Bear (class 4), returned to Little Bear Peak, and then traversed to Blanca Peak (class 5.intro) before returning to camp via the standard route.  The weather cooperated and the climb went well.  These routes have a lot of exposure and fairly sustained Class 3 and 4 climbing.  The Little Bear-Blanca Traverse was my last of the Four Great Fourteener Traverses.  In terms of quality, difficulty, and enjoyment, I would rank the four traverses in the following order.

I parked at 8,850' on the Como Lake Road where we started backpacking around 4:45 in the evening.  It took us three hours to reach our high camp at 11,900' with just enough time to set up camp, eat, and scope out the beginning of the northwest face of Little Bear Peak before retiring for the night.  We wanted light to start the climb, so we slept until 5:00 and were hiking a half hour later.  The hardest part of the climb for me was the first class 4 headwall next to the black hand watermark at the base of the route.  After looking at a picture of the route online, it is clear that we likely started too close the black hand rather than moving farther to right.  Although we took slightly different lines, we both agreed that it started more difficult than expected.  We should have started more to the right and then worked back left above the black hand to the shallow class 3 gully rather than going straight up directly to the right of the black hand.

After seeing a cairn or two, we entered the shallow gully and were relieved to be on the correct route.  The gully went quickly, but was more loose than I expected.  The rock at the second class 4 headwall was much more solid and very enjoyable to climb.  We reached the ridge and proceeded up the class 4 ridge to Little Bear Peak's summit.  It took us two hours from camp to reach the summit.  We took a short break, left our packs near the summit register, and traversed over to South Little Bear.  I had already climbed Little Bear Peak and Blanca Peak, so I wanted to get at least one more new peak in addition to the Little Bear-Blanca Traverse.

I stayed on the ridge for this short traverse except for right at the low point of the saddle which required me to drop off the ridge to the west.  Jamie climbed below the ridge a bit more than I did which was generally class 3.  We only stayed long enough to take a photo because we had a lot a work ahead of us.  We went back to Little Bear Peak, picked up our gear, and started to descend the ridge.  I really don't have much to add to the Little Bear-Blanca Traverse that guidebooks don't already cover.  You stay on the ridge the entire time except for the two towers you skirt around, first to the left and then the right.

We made reasonable time completing the traverse in 2 hours and 15 minutes.  I mentally checked out on the summit of Blanca Peak after approximately five hours of fairly intense scrambling and climbing.  The hike to camp was uneventful and we saw a few groups on Blanca Peak and Ellingwood Point.  I physically checked out on the backpack to the trailhead.  I had been very disciplined in checking my sugars, eating, and drinking all morning, but I neglected to continue this on the way out which affected my condition.  I had a low blood sugar reaction and had to stop and eat, which stretched the hike back to the vehicle from camp to two hours.  I had a couple of cold beers at the trailhead and returned home around 8:30. 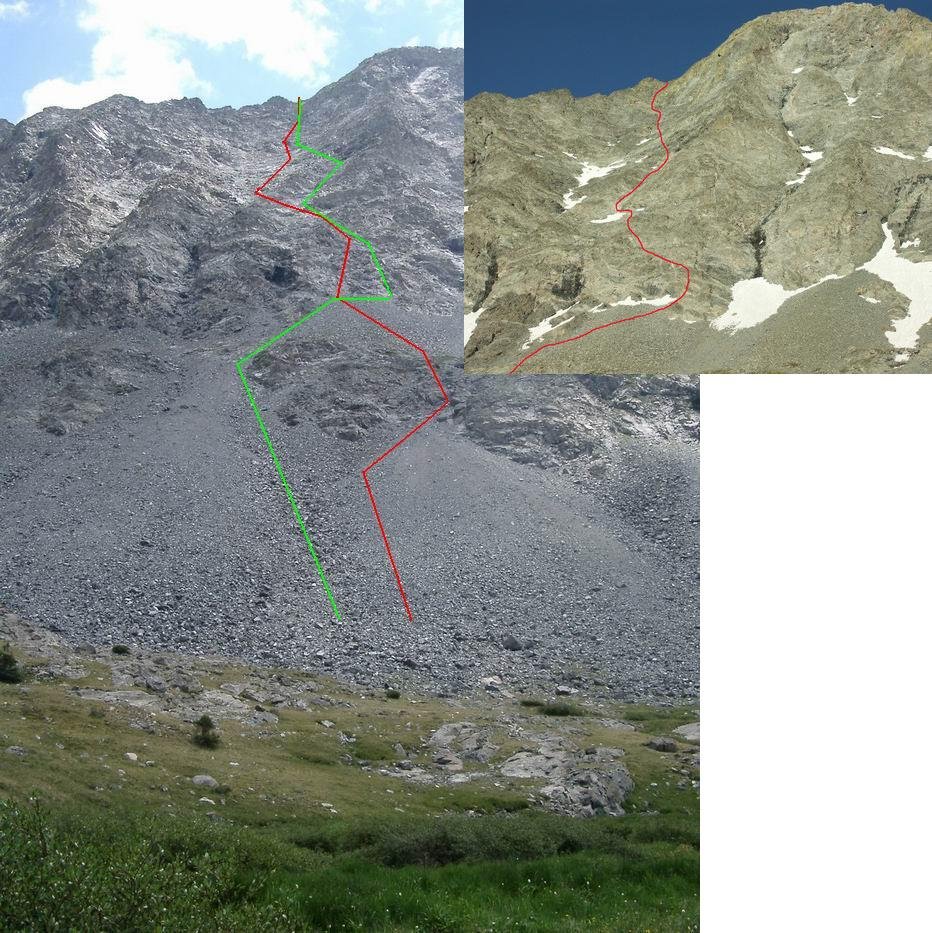 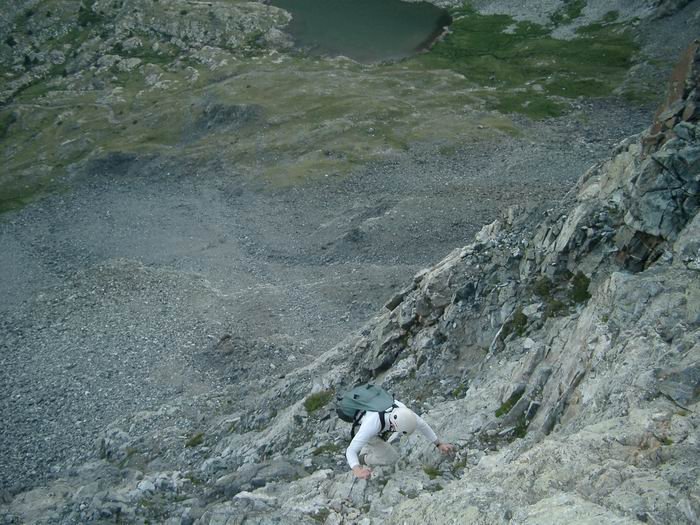 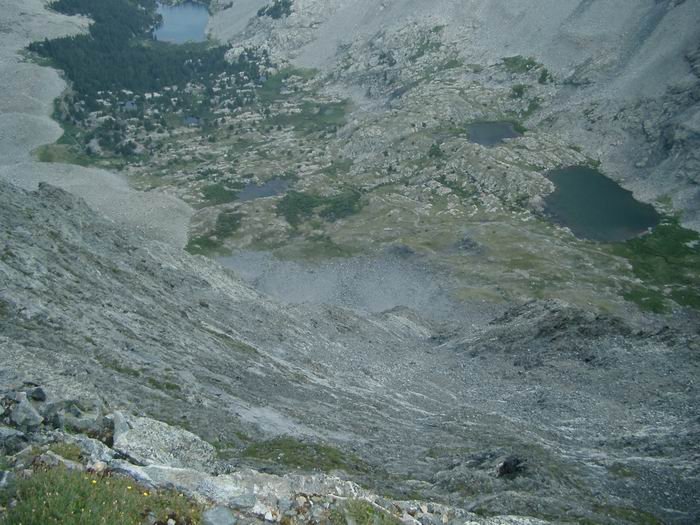 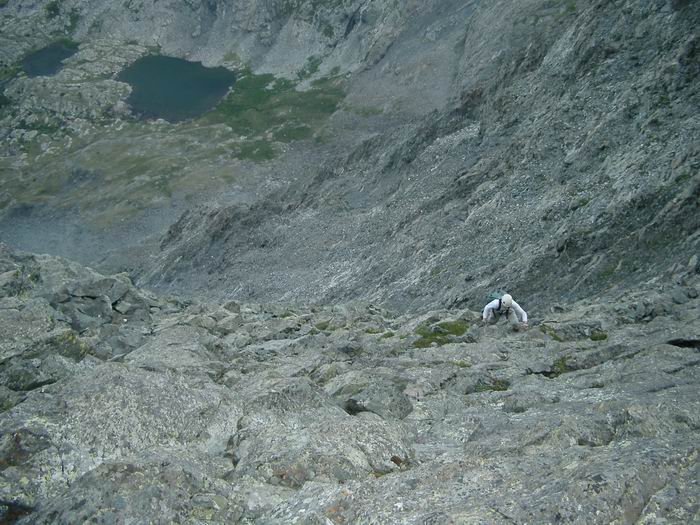 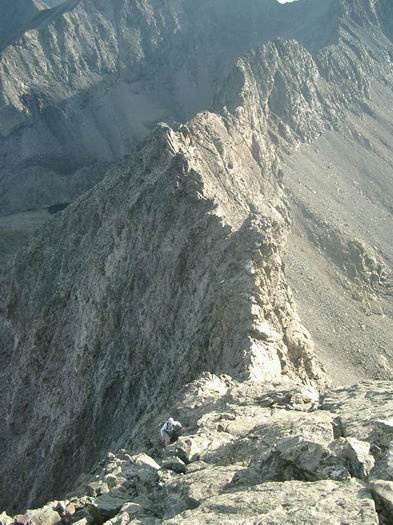 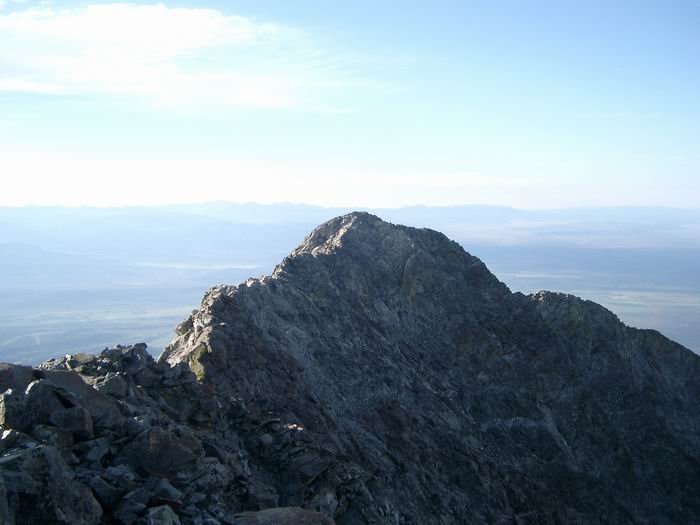 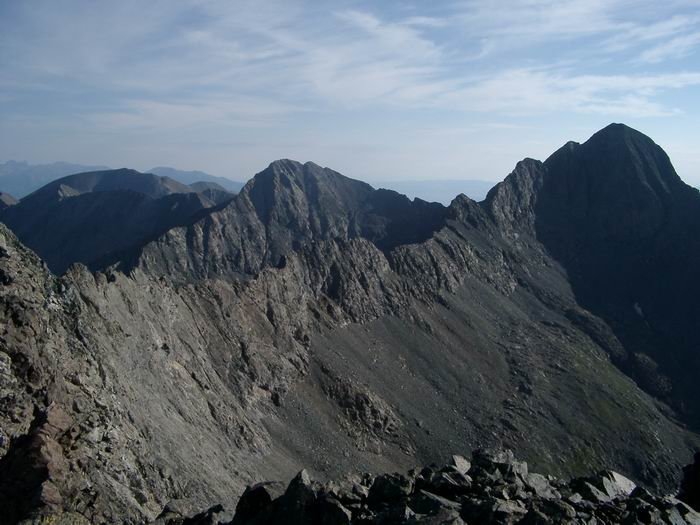 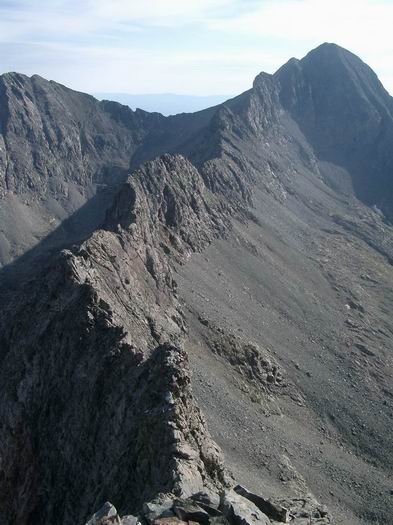 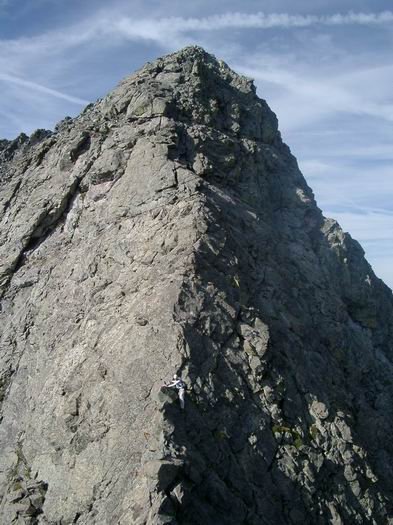 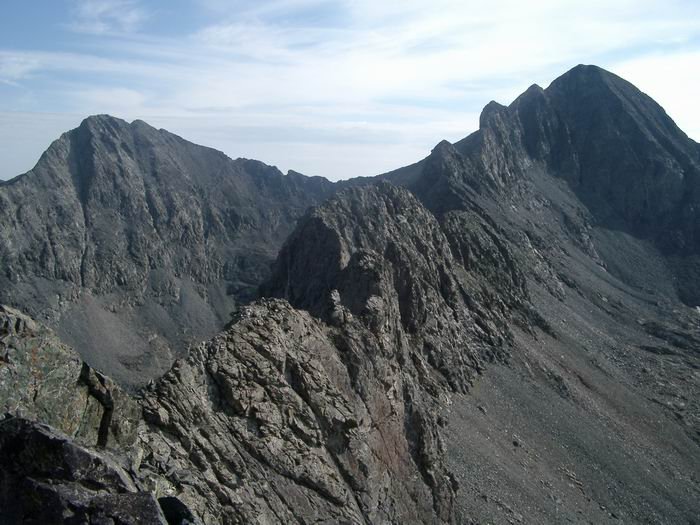 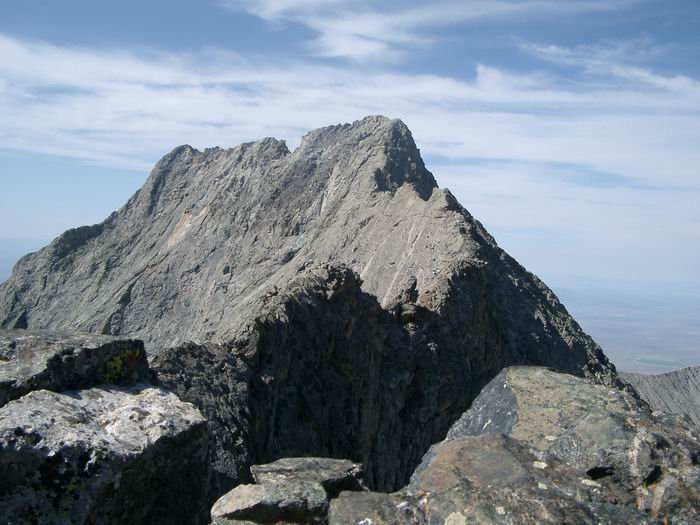 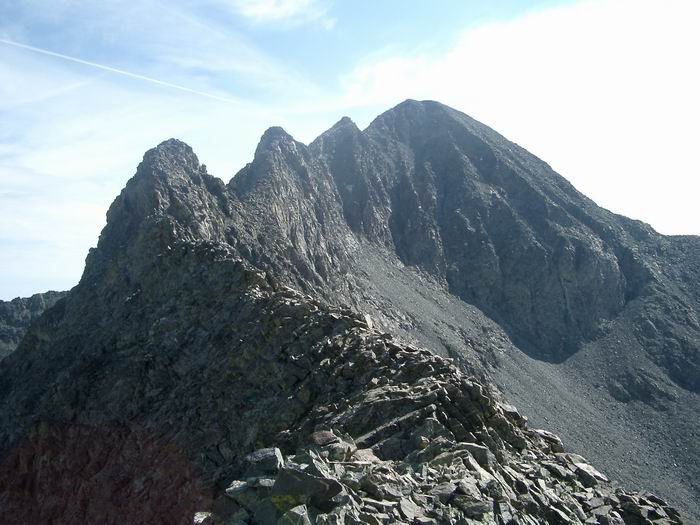 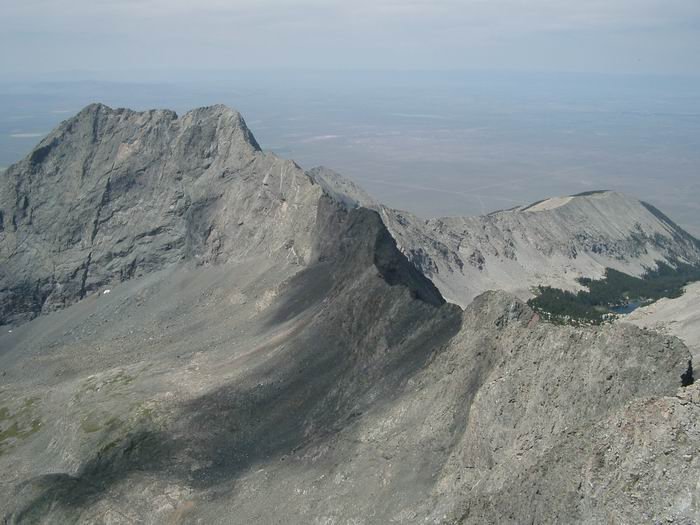