After learning that the road to Guanella Pass was not open to hike Mount Bierstadt, Mount Machebeuf became our second option for hiking.  I had just been in the area and thought it would make for a nice snowshoe for the four of us.  Ryan and Matt were relatively new to hiking, but since I had been on the southwest ridge of Mount Machebeuf, I was confident we could all make it.  We were the first people up the trail which had approximately three to five new inches of snow on it to begin with.

After gaining a small amount of elevation, the trail levels out in Herman Gulch.  Since the terrain was relatively flat, breaking trail in the snow which was now 8 to 12 inches deep wasn't difficult.  We lost the trail on a couple of occasions, but usually picked it up again after a few hundred feet.  We reached the base of the ridge where a scree slope leads to the ridge and took an extended break.  It was turning out to be a blue bird day with little wind and clear skies.

The hiking turned to climbing as we made slow progress up the talus.  Matt was trailing the group some, so Dan stayed with him while Ryan and I continued up through a small chute to the ridgeline.  Once on the ridge, we caught a glimpse of Dan and Matt in a small notch and notified them that we'd wait for them.  After about 30 minutes, Dan gained the ridge and said that Matt was done for the day.  We debated on what to do for a short period of time when I suggested I return to Matt, give him my extra clothes and instruct him wait for us in the trees at the bottom of the scree slope.  Dan felt uncomfortable with this proposition and volunteered to take Matt back down while Ryan and I continued on.

Although Ryan is a novice hiker, he climbed strongly with me as we picked our way up the ridge in the solid class 3 scrambling.  Things were going smoothly until we reached the end of the technical section of the ridge and encountered a large snow slope blocking our path.  I asked Ryan to hold tight while I pulled out my axe and plowed up the steep embankment for about 30 vertical feet.  I had reached the point where I turned around only weeks ago and knew we were only 300 feet from the summit.  I yelled down to Ryan and told him that I thought it was safe for him to continue and follow my tracks up the snow.

At this point, Ryan said that he was getting a severe headache and wasn't sure if he should continue.  Of course we were both disappointed, but didn't want to press our luck by having him resume hiking and worsen his condition.  I asked if he would mind if I went for the summit.  I dropped my pack to speed the ascent.  All I took with me was my trekking poles and camera.  The remainder of the route was a gentle grade to the summit.

The rest of the hike went quickly and I took a few photos and hurried back down.  I was a bit concerned about descending the steep snow, but it wasn't a big deal.  Once down on the point where Ryan was waiting, we scrambled back down to the top of the chute where Dan had left a quart of water for us since were we running low when we parted ways.  The down-climb was fun and before we knew it, we were back near the Herman Gulch trail where Dan and Matt were waiting.  The four of us quickly snow shoed back to the trailhead and called it a day. 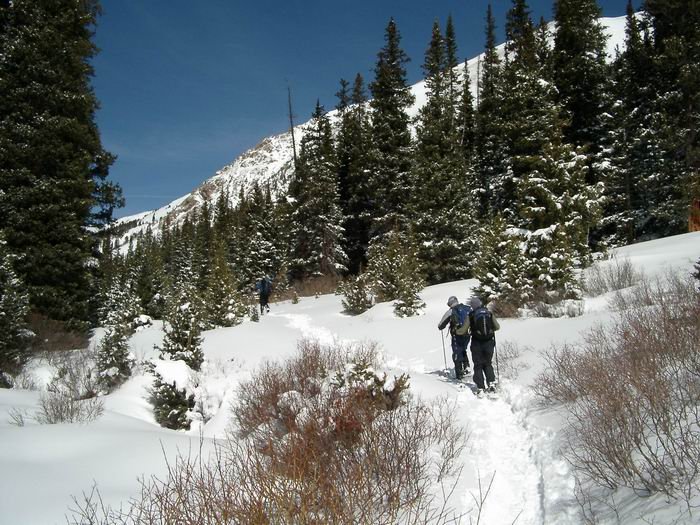 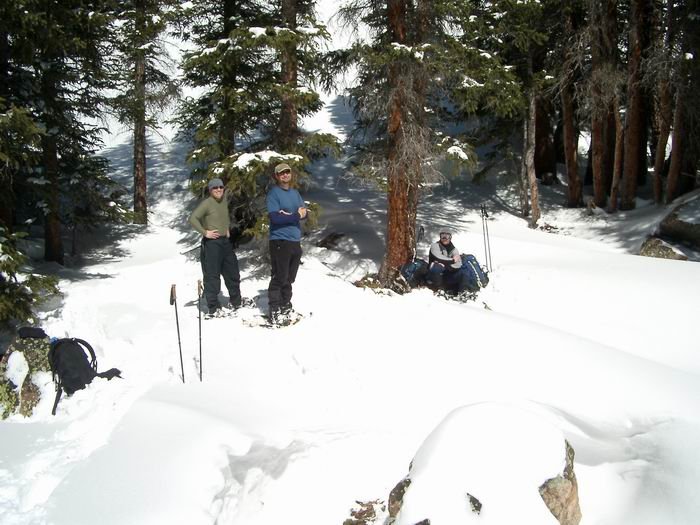 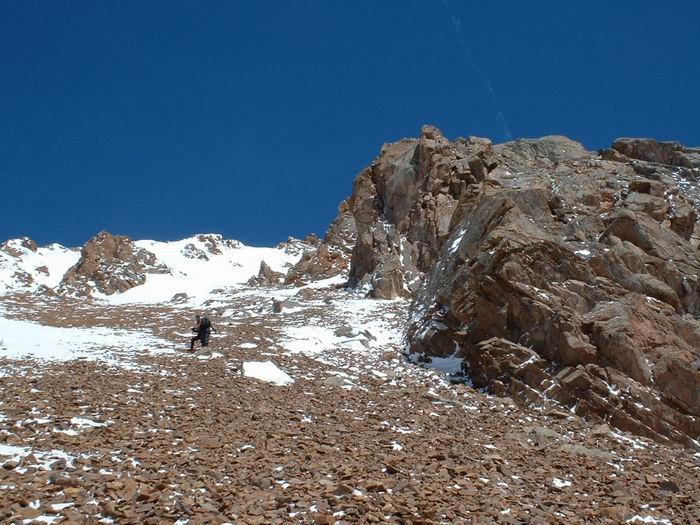 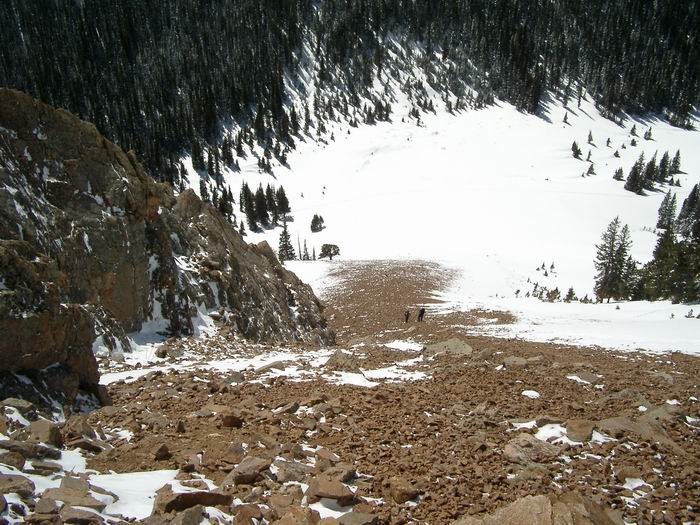 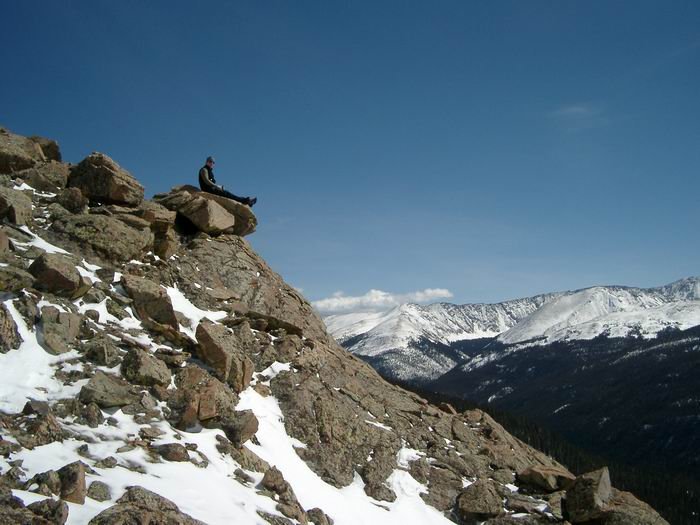 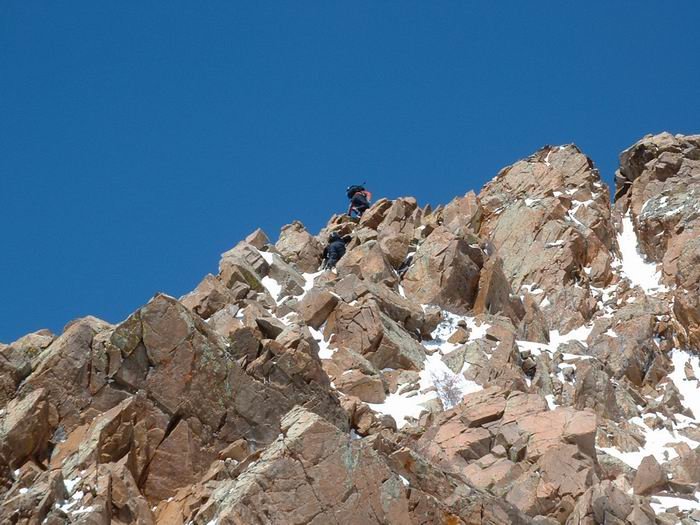 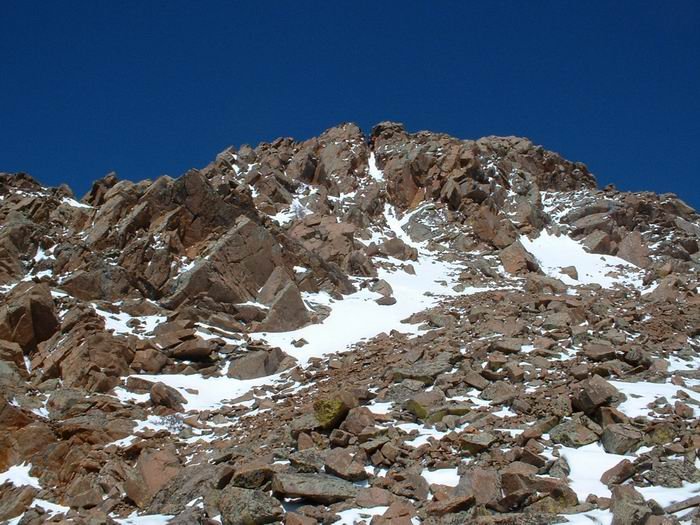 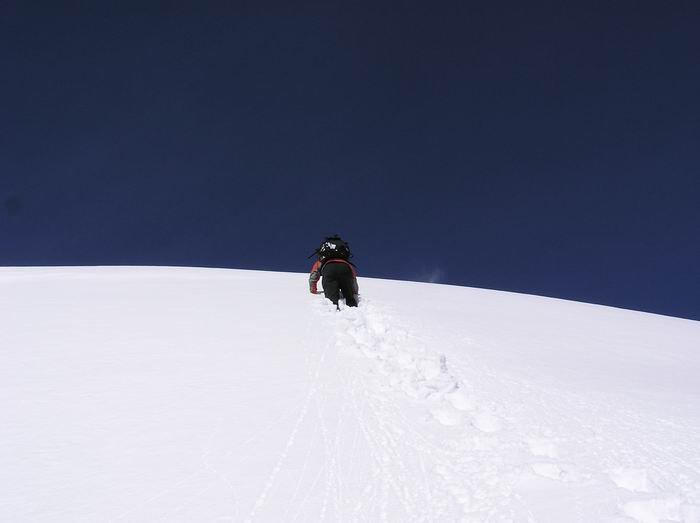 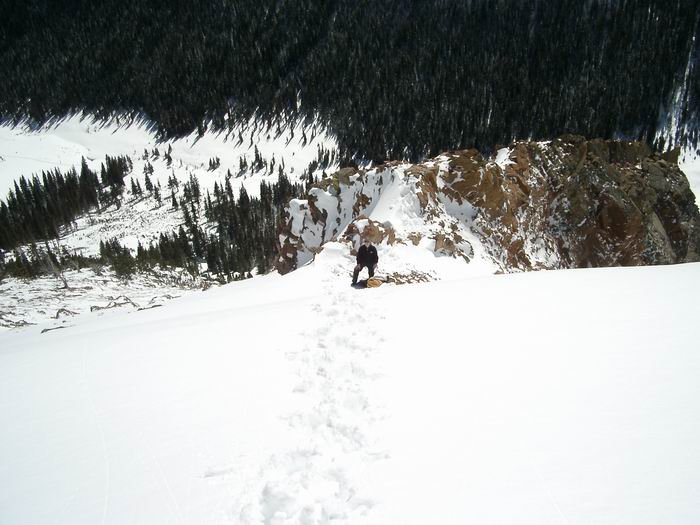 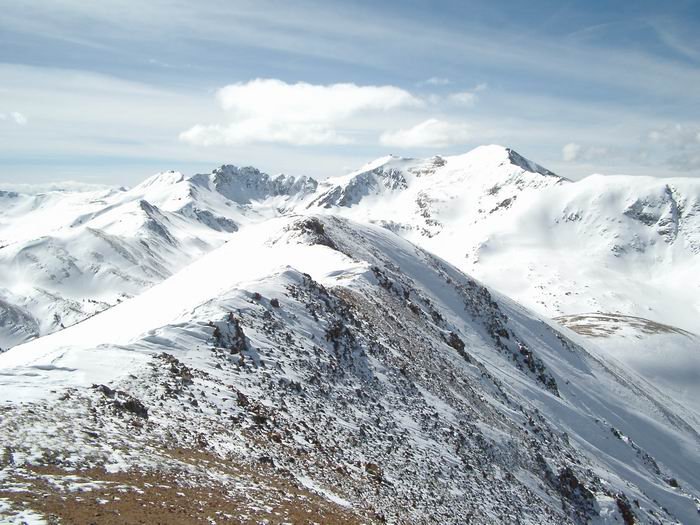 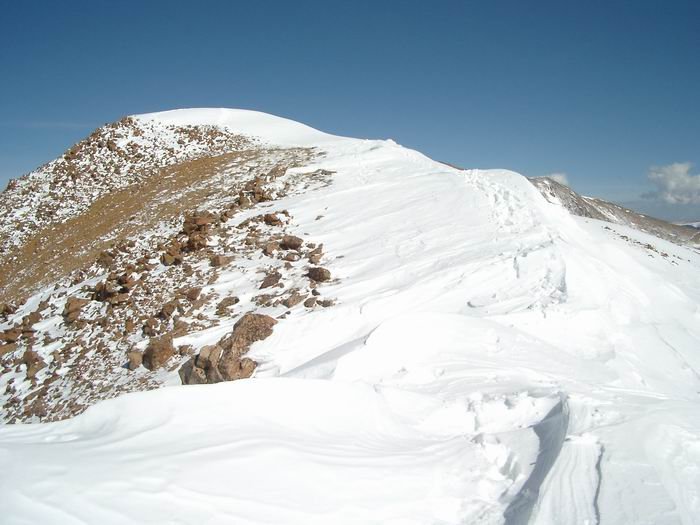 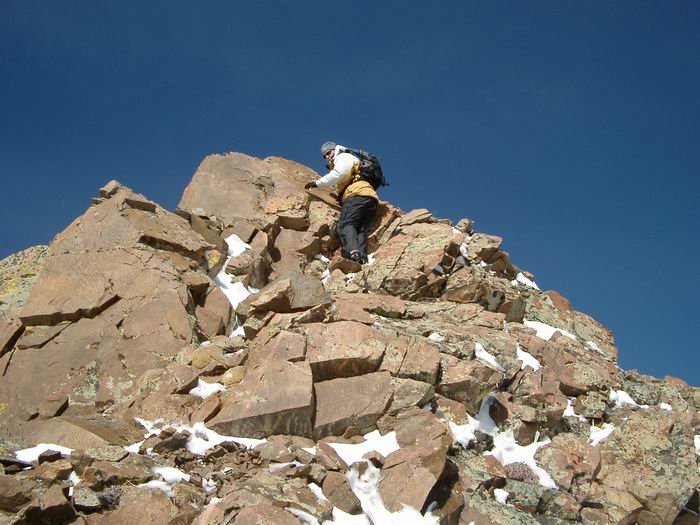 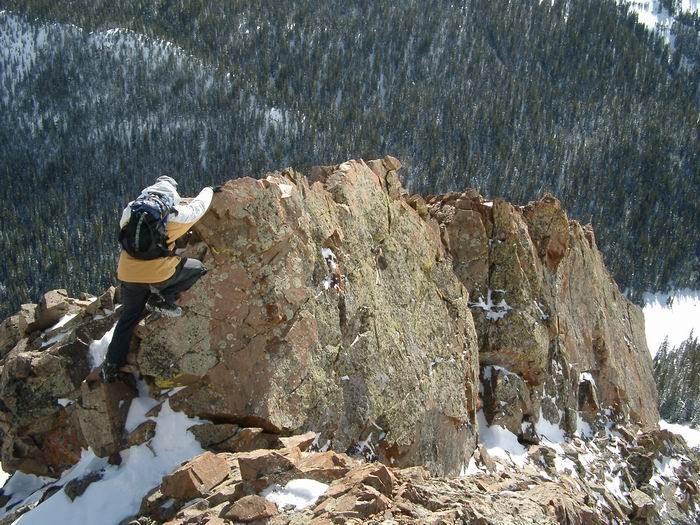 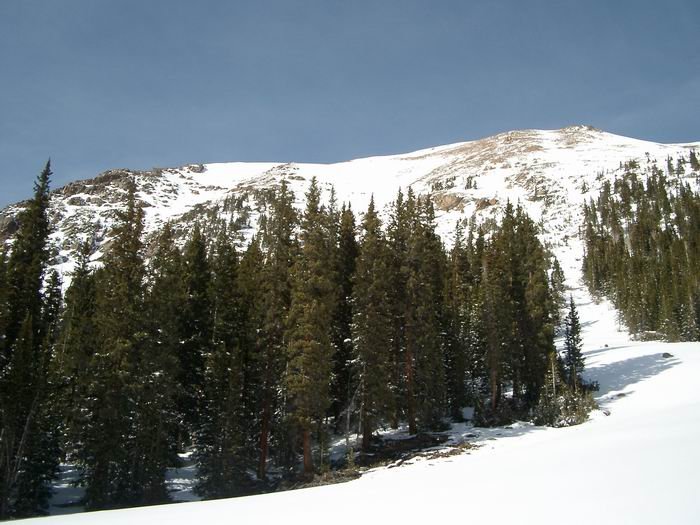