Although the statistics may appear as though this wasn't much of an attempt at the peak, we actually gave it a good shot and turned around after being concerned about avalanche potential.  Mark and George had plans for La Plata Peak and made an open invitation for others to join them, so Joey, Jill, and myself decided to tag along.  We met at the trailhead off of Highway 82 at 6:30 to reasonable conditions.

After hiking down the road and finding the register, it was obvious that no one had been on the trail in a while.  For the first mile, the snow was only approximately six inches deep and we were able to follow a hint of a trail.  Once in La Plata Gulch, the snow deepened to a foot or more and staying on the previously packed trail was more difficult as we lost it several times.  By rotating leaders, we were able to stay relatively fresh and not get too worn out.  I was grateful there were five of us and not just two or three.  Breaking trail in this deep of snow was very tiring.

The weather was more than acceptable, but progress was slow due to the snow.  We worked our way east on a steep slope through the trees in hopes of gaining the northwest ridge.  Once out of the trees, it appeared as though we could utilize rock and scree to the peak and cache our snowshoes.  Although we knew the summit was still a fair distance away, we thought our progress and speed would increase substantially once beyond the snow and more difficult climbing.

I approached the first scree field on a fairly steep snow slope as Mark followed below about 100'.  George, Joey, and Jill waited another 100' below Mark near a group of trees.  With five more steps to the safety of the rocks, we all heard a large whomph.  About two feet above me a fracture line cracked the snow at least 100' to my left and all the way down to where George, Joey, and Jill were waiting.  Mark was basically in the center of the slab and quickly made it to a safe zone in some trees.  I also moved off the slab and sat on the scree as my heart raced and adrenaline filled me.  George, Joey, and Jill made it over to Mark in the trees.

Everyone was sketched out about what had happened.  Although we didn't trigger a slide, the cracks in the snow and potential for an avalanche were enough for everyone to call it a day.  I think we were all slightly disappointed about turning around.  The weather was cooperating and the hardest climbing through the deep snow below tree line was behind us.  Nevertheless, the near avalanche weakened our spirits, so we just decided to head back down after grabbing a bite to eat.  Despite not making the summit, I met some great people and had a good time in the mountains. 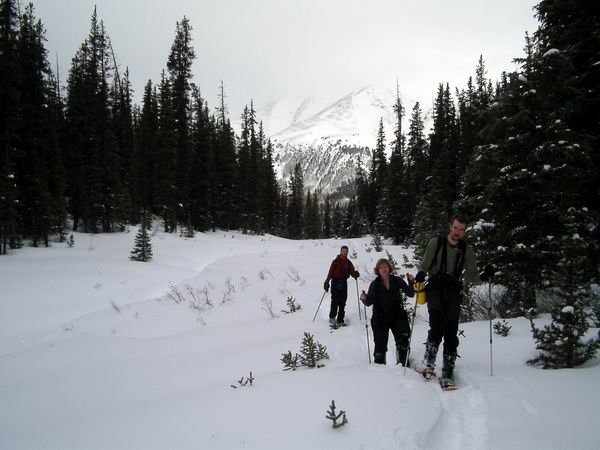 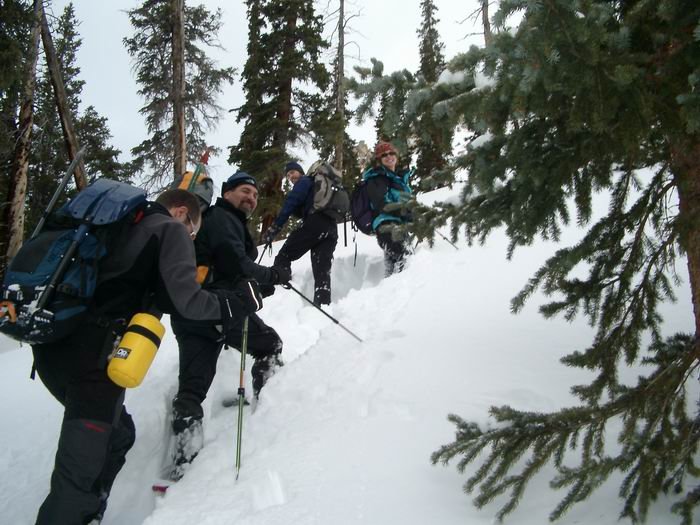 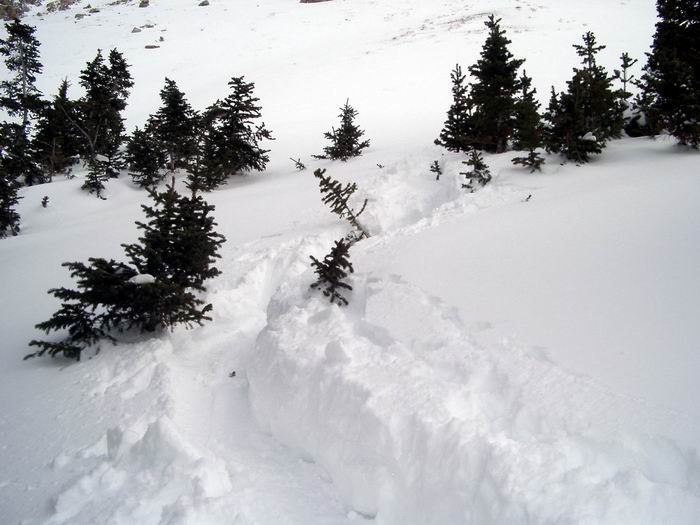 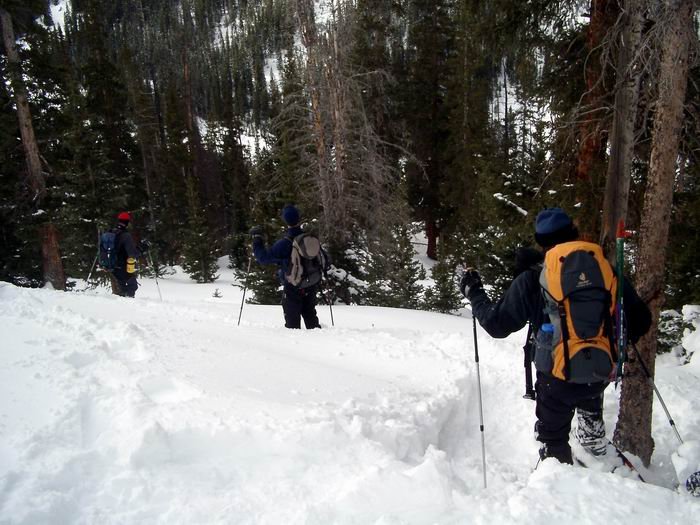 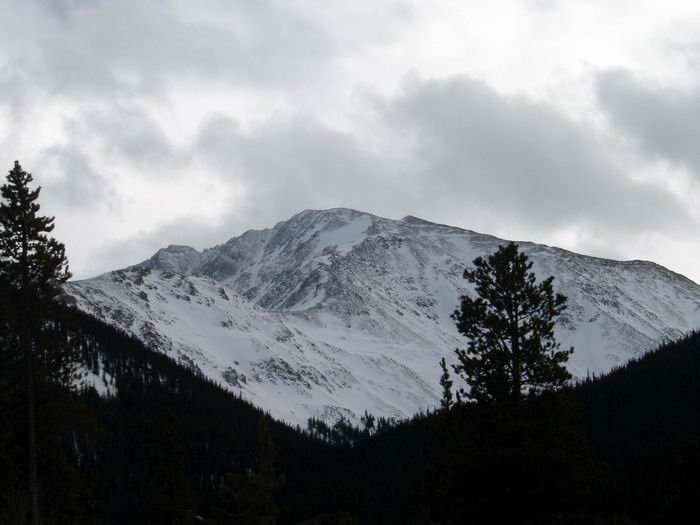