Dyer Mountain is a Colorado Centennial Peak and the 81st tallest in the state.  We climbed the south ridge from the turnoff for the ASARCO mine at 10,960' east of Leadville, Colorado.  The south ridge was chosen to avoid the route-finding difficulties of Dyer Mountain's west ridge and bypass avalanche potential on the approach to the east ridge.  It took us 4.5 hours to ascend and 2.5 to descend after our summit time.  Snow shoes were required from early in the hike to approximately 12,800' where we were able to climb on exposed rock and wind blown snow.  The final 300' to the summit provided an enjoyable scramble that was an excellent finish to the hike.

I reconnected with a climbing partner from Idaho on this particular trip.  Dan was in town on vacation, so of course we thought it would be a good idea to get out for a hike.  The forecast for Sunday looked miserable, but were itching to head to the mountains and decided to go anyway.  We met at the park and ride near Morrison, Colorado.  The drive to Leadville, Colorado, went quickly and we soon found ourselves at the turnoff for the ASARCO mine.  The winter closure on this road is at 10,960’, 1.7 miles and 560’ from the Lower Iowa Gulch Trailhead and 2.3 miles and 880’ from the Upper Iowa Gulch Trailhead.

We started up the road at 7:30.  The clouds were starting to break up, and it looked like the 50 percent chance of snow showers was not materializing.  It was a pleasant and easy approach with views of Ball, East Ball, Dyer, West Dyer, Sheridan, West Sheridan, and of course the large west face Mount Sherman ahead of us.  By staying on the trail and wearing snowshoes, we were able avoid post-holing for the most part.  When the sun was out, it became very warm and I hiked in a soft shell with Dan down to a couple of base layer shirts.

Once at the Upper Iowa Gulch Trailhead, our leisurely stroll on a relatively flat trail ended abruptly.  The standard route to the east ridge continues into the Iowa Amphitheater and gains the saddle between Gemini Peak and Dyer Mountain.  Due to avalanche potential, we turned northwest and began ascending Dyer Mountain’s southeast shoulder towards the south ridge.  We continued with snowshoes as the snow was slightly deeper and the climbing became more steep and difficult.

At around 12,800’, it appeared as though we could utilize rock islands and removed our snowshoes.  The scree and talus was tight on the frozen ground.  In sections where rock was unavailable, the snow proved to be more wind-packed, consolidated, and easier to negotiate.  Post-holing occurred to a certain extent, but it was at an acceptable level and we did not put our snowshoes back on.  We climbed strongly in this section making good progress through rest-stepping.  We gained the ridge at 13,400’ where views of Gemini Peak and the Sawatch Range presented themselves.  Although the wind was stronger on the south ridge, it remained tolerable as we got our first reasonable look at the summit of Dyer Mountain.

From this point on, we had a blast scrambling along Dyer Mountain’s moderately exposed south ridge to the summit block.  I had added my shell layer and balaclava as we climbed, but the summit was calm and provided a welcome retreat from the wind and climb.  The Sawatch Range was shrouded in clouds, but views of the local peaks were excellent.  We had lunch, took some photos, and enjoyed our time on top before heading back down to the valley floor.  After descending quickly to the Upper Iowa Gulch Trailhead, we began the hike back down the road. 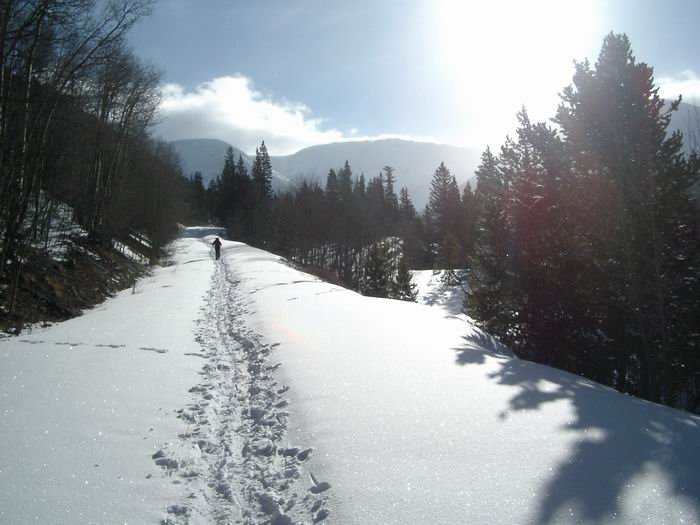 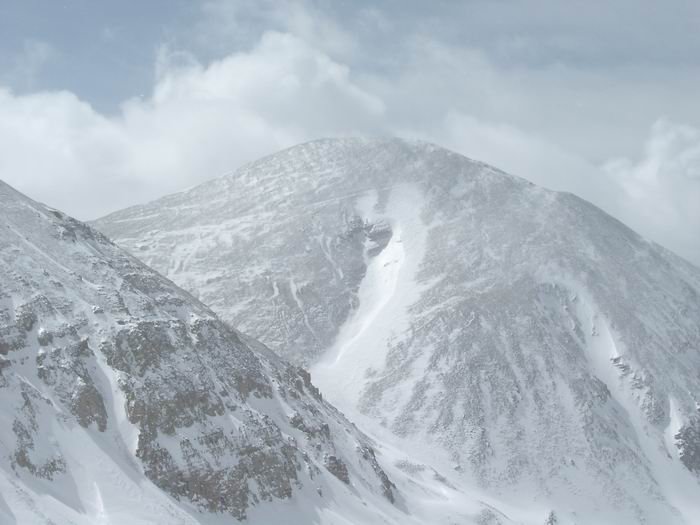 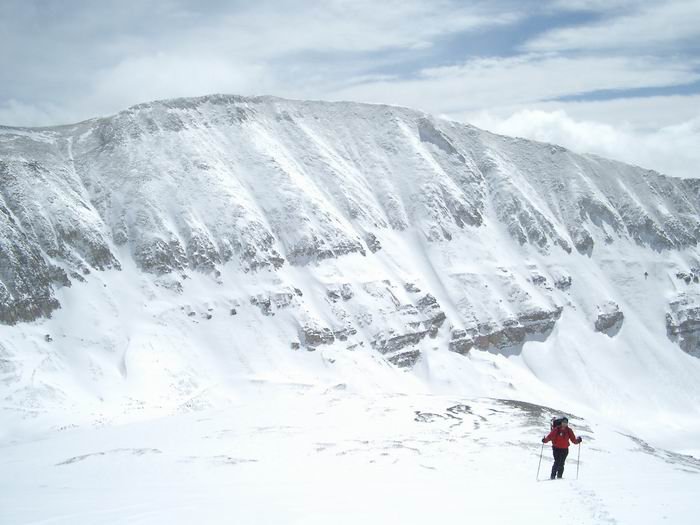 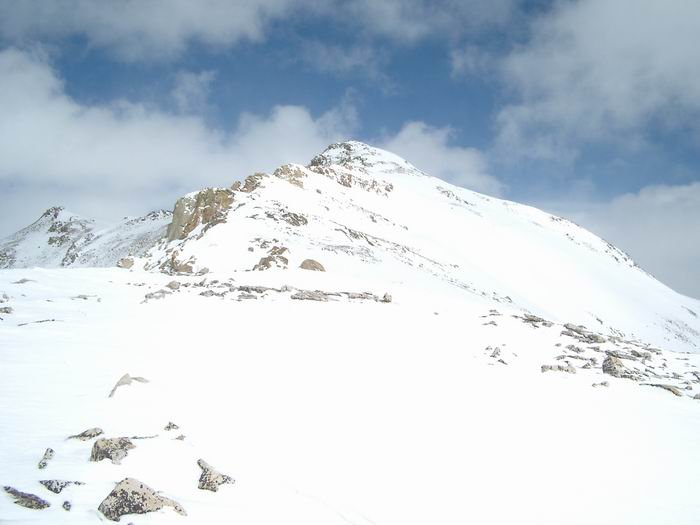 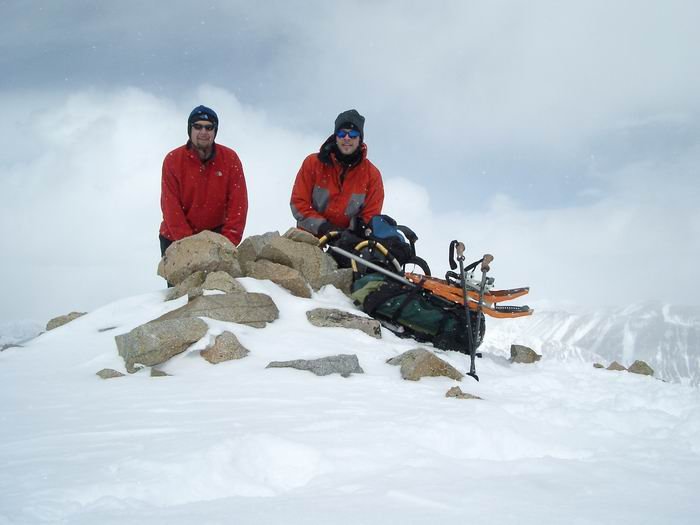 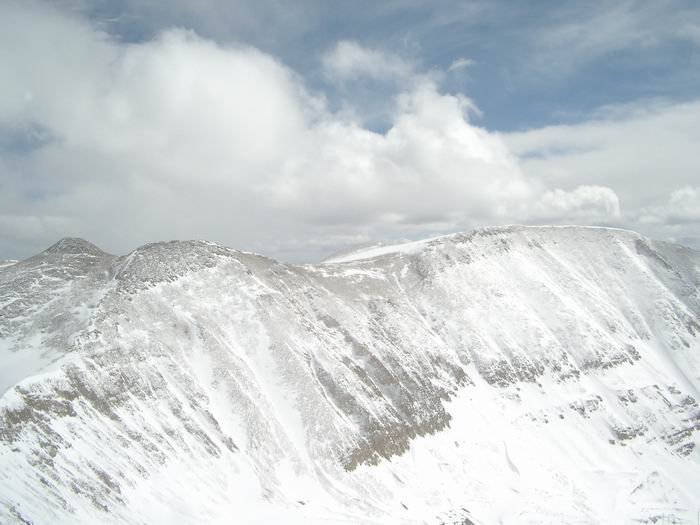 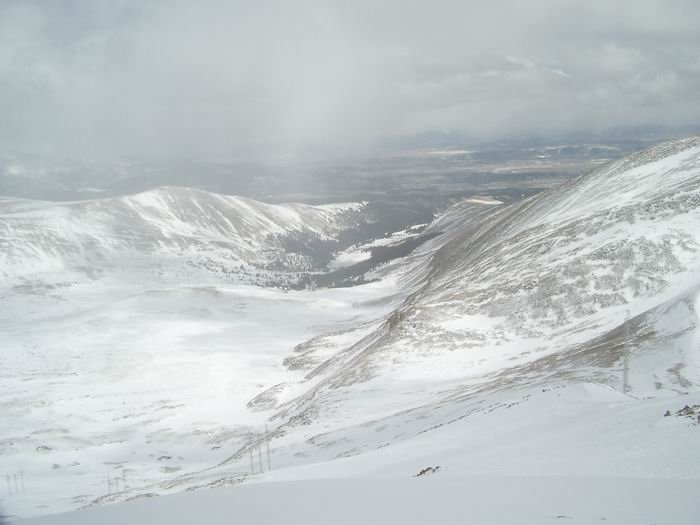 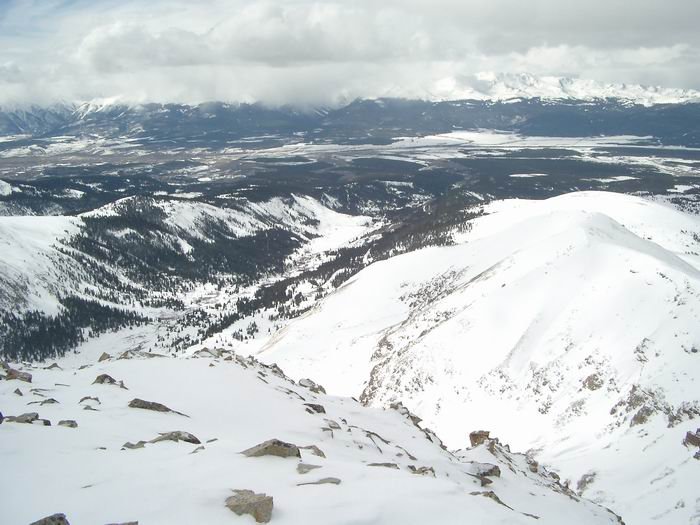 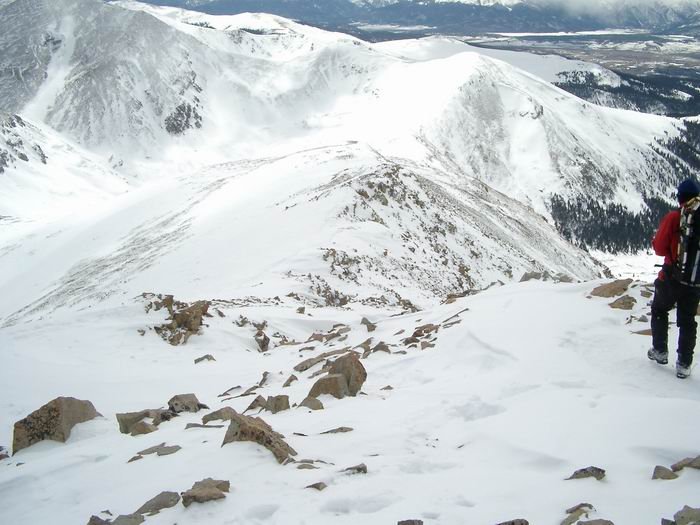 Looking down the south ridge of Dyer Mountain. 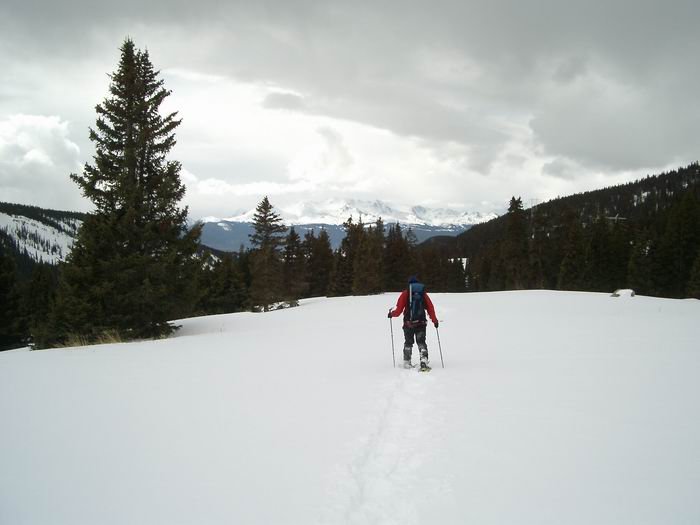