Brandon emailed me before the holidays and said that he would be in town and was interested in going on a hike.  After reviewing our schedules, we decided to attempt a peak with reasonable access not too far away from Denver, Colorado.  We met at the park and ride near Morrison, Colorado, and headed up the interstate.  We were able to drive to within one mile of the Stevens Gulch Trailhead.

The trail was hard packed from lots of travel and snowmobiles.  This was good since we only had one pair of snow shoes.  We hiked up to the trailhead and continued on around the east side of Kelso Mountain on the normal trail.  We could see spindrift along Kelso Peak's south ridge for much of the hike, but we were adequately dressed and continued on.  The weather was relatively pleasant.

Once on the east side of the mountain, we picked a line and decided to go up the slope instead of following the trail to the south side of the mountain.  We began to posthole and things slowed down quite a bit.  It was challenging, but fun.  We worked our way up to the ridge and then simply followed it to the summit.  The views of Grays Peak and Torreys Peak were good and the wind came in spurts, so it wasn't too difficult to contend with.  On the way down, we tried to follow our route up, but much of it was already blown in.  We caught a couple of short glissades to speed the descent.  The hike out was uneventful, but we were glad to have gotten out and enjoyed our vacation. 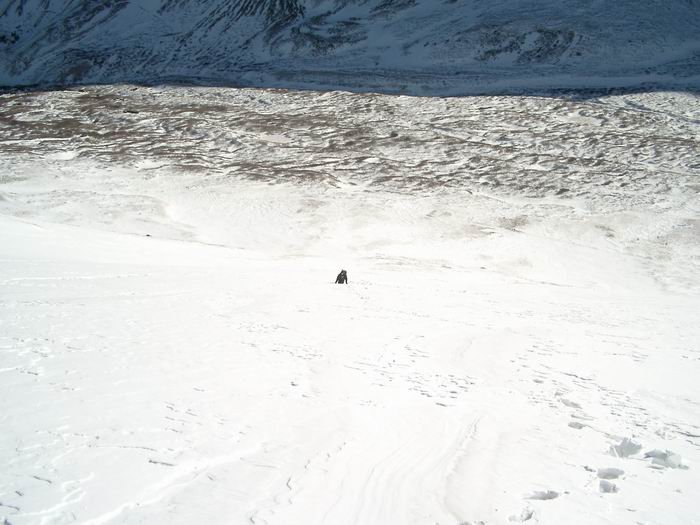 Brandon climbing up the east slopes of Kelso Mountain. 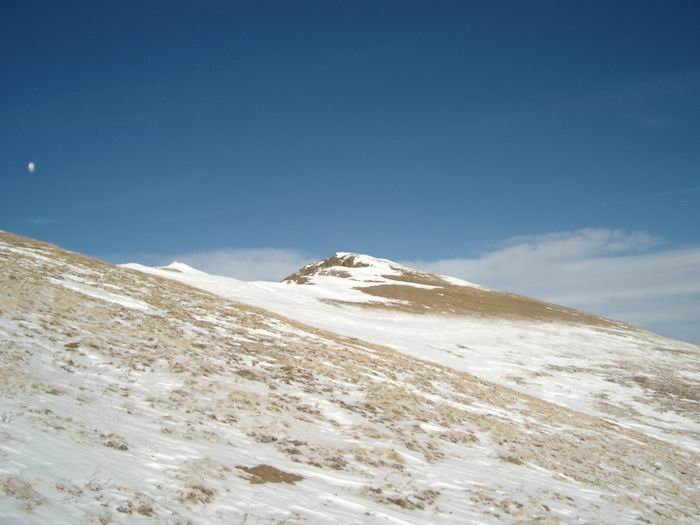 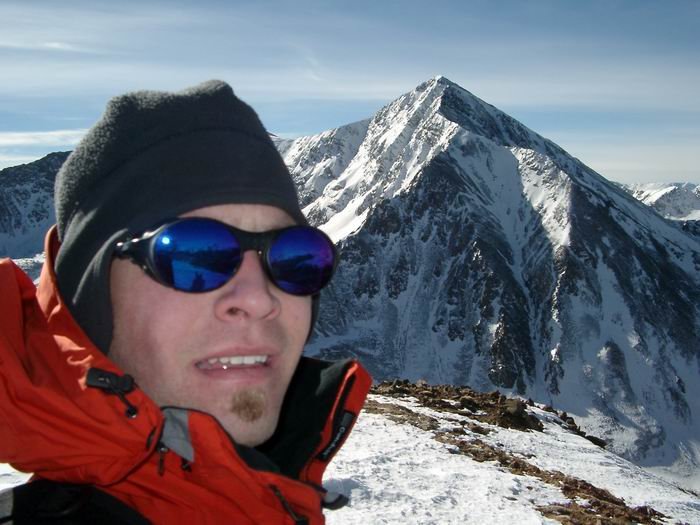 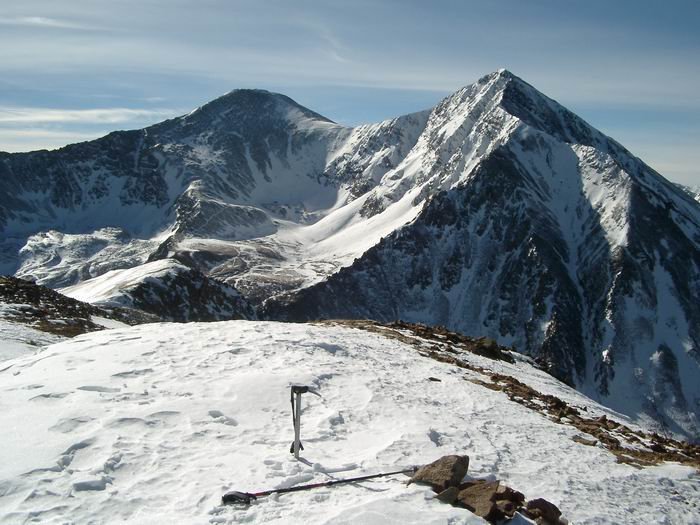