James Peak is the Gilpin County highpoint and the fifth highest point in the Indian Peaks.  This trip was originally planned for a 14er, but after a less than promising forecast, we decided to scale back and do something easier and closer to Denver, Colorado.  I hooked up Scott, whom I met on the Culebra Peak group hike, and his hiking partner Ryan.  Ryan mentioned to Scott that he had wanted to snowboard off James Peak which appealed to Scott, so I tagged along for the ride.

To access James Peak, we used the St. Marys Glacier Trailhead and took the standard route up the southeast slopes.  We had initially anticipated a cloud covered day, but we were fortunate to have relatively clear skies and great views the entire day.  I don't know how many times the three of us stated how glad we were to have made the trip despite the poor weather outlook.

The trail climbs to the dam at the base of St. Marys Glacier, and then you simply hike to the top of the glacier.  Continuing west, you reach a small spur and a large plateau that will lead to the base of James Peak's slopes.  From here you follow a gentle ridge to the summit while taking in the views of James Peak's rather impressive east face.  Scott and Ryan started boarding south off the peak and then turned east to pick the trail up at the base of the ridge.  After a short hike across the plateau and meeting up with me, they were able to get back on their boards at the top of the glacier and board to the dam.

We used snowshoes all the way from the dam to the summit.  Three other people who summitted did not, but their tracks did show a bit of post-holing.  Once on the summit, I decided to attempt to speed up the descent by removing my snowshoes.  Scott and Ryan reported that the snow was in good condition for boarding and they only hit a few rocks.  After returning to the vehicle, we stopped at Tommy Knockers in Idaho Springs, Colorado, for a quick beer before going home. 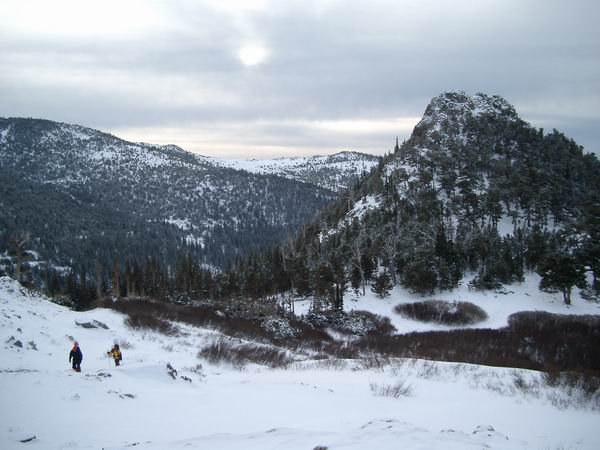 Starting up St. Marys Glacier with Fox Mountain in the background. 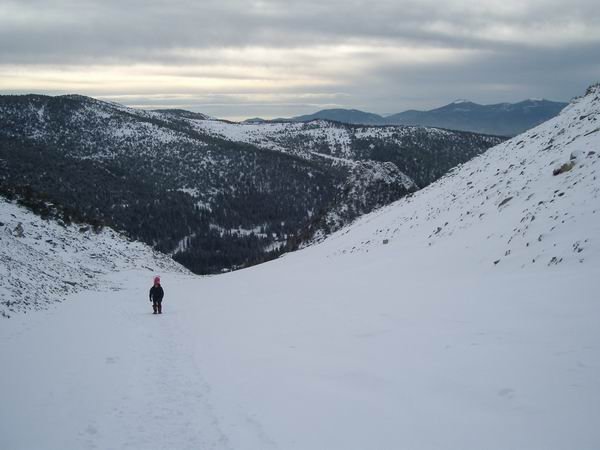 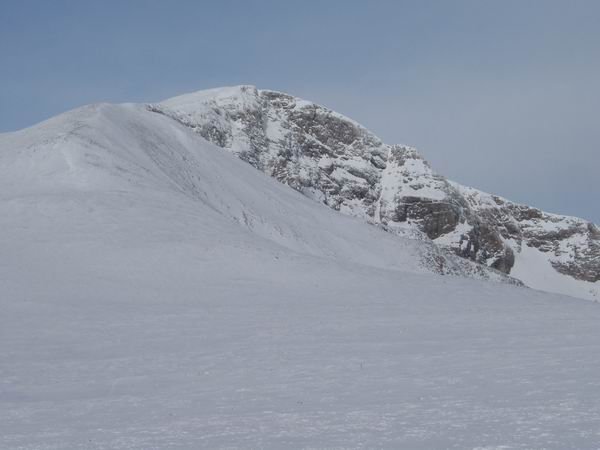 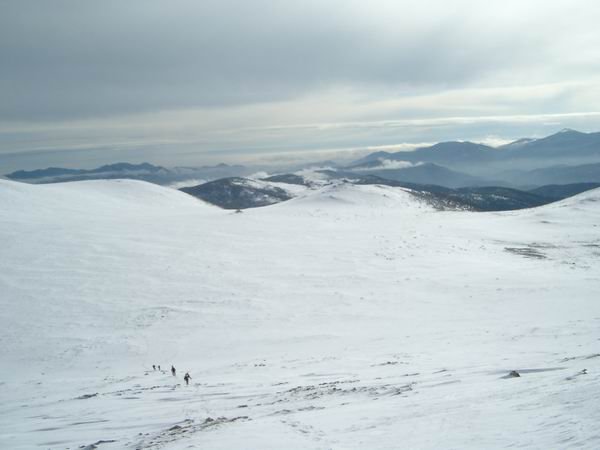 Plateau to the east. 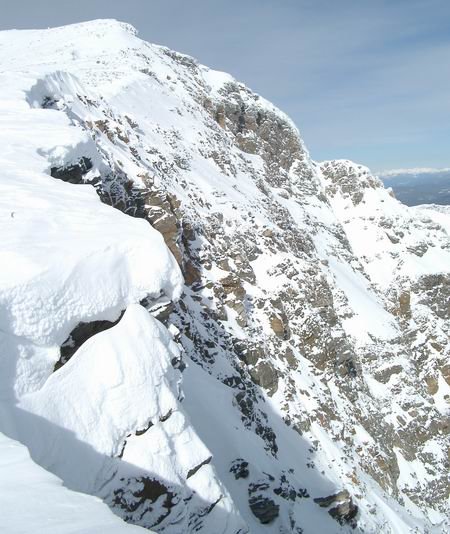 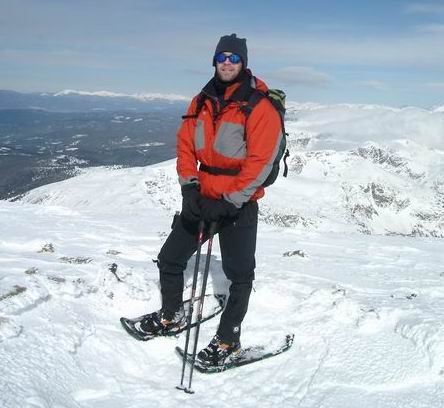 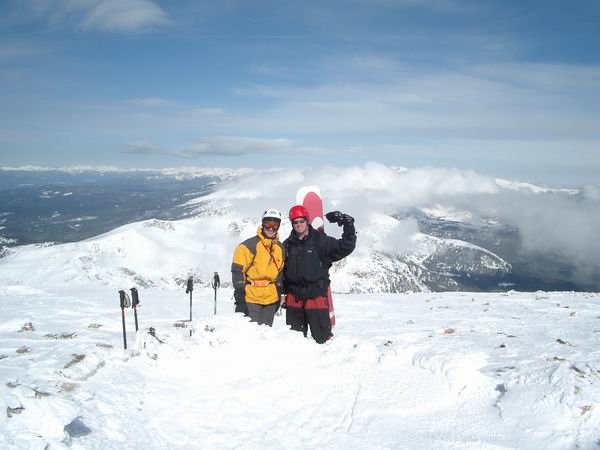 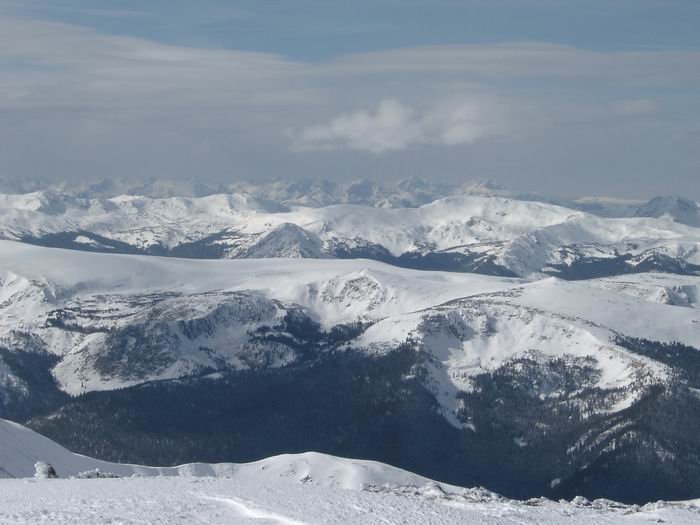 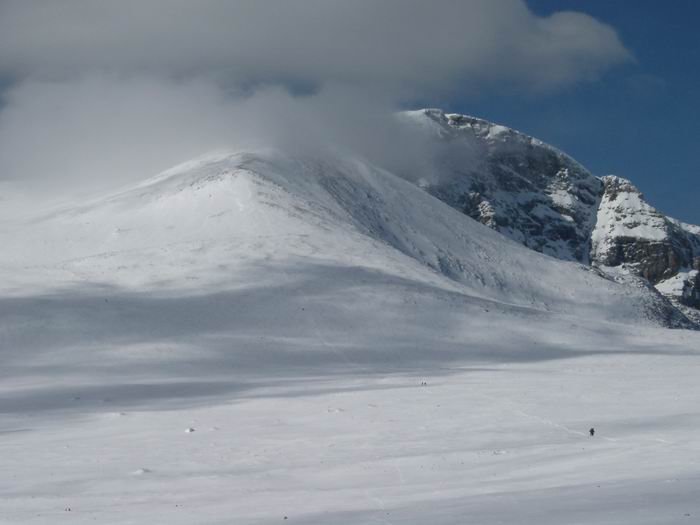 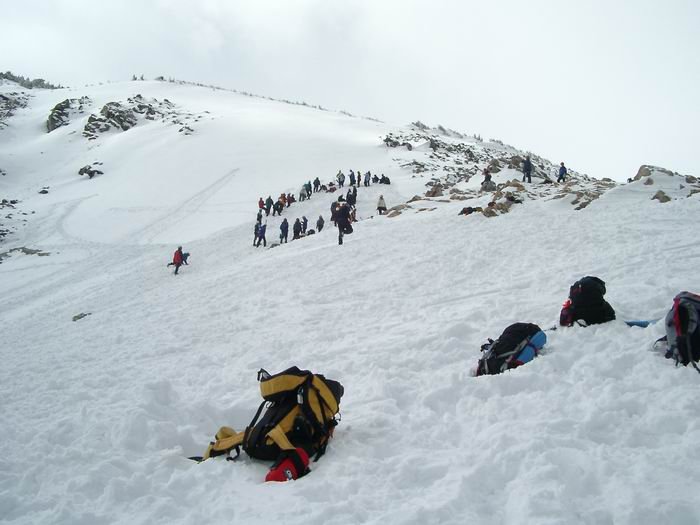